Between managing his current collection of restaurants (Bar Isabel, Bar Raval, El Rey, Harry’s, Pretty Ugly) and opening two new spots this summer, Grant van Gameren doesn’t have time for breakfast. “My first meal is generally around 6 p.m.—it’s cigarettes and coffee before that,” says van Gameren, who claims to only eat one meal a day. “No matter how much I cook for dinner, he’ll always order pizza at midnight,” says Sunny Stone, van Gameren’s nine-months-pregnant wife.

Van Gameren—one of the many chefs participating in next month’s Taste of Toronto festival—bought this Victorian semi for, as he says, “stupid cheap” before the market went insane. Back in 2009, the Trinity Bellwoods home sat for a month without any offers because of its knob-and-tube wiring. It took van Gameren almost a decade to get the house in order. “Basically all that’s left that’s original are the bricks,” he says. 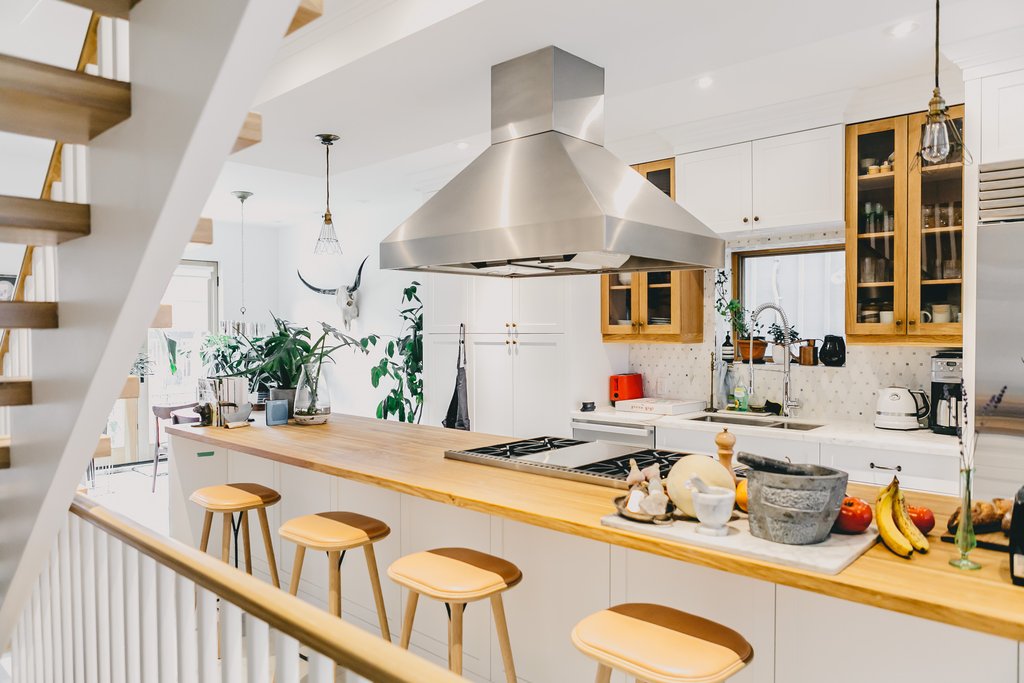 The house was dark with an all-brown kitchen that only made the space seem more dour. Van Gameren lightened it up with a whole lot of white (cabinets, marble counter tops), and then some literal light by installing sliding doors to the front and rear of the house. Guelph-based woodworker Chris Hays built the 16-foot oak kitchen island that anchors the open-concept kitchen: Not only does it house the Wolf range, but it also boasts heaps of storage, including a knife drawer. The last remaining to-do on van Gameren’s reno list is the garden, which he plans to outfit with a custom-built Argentinian grill. 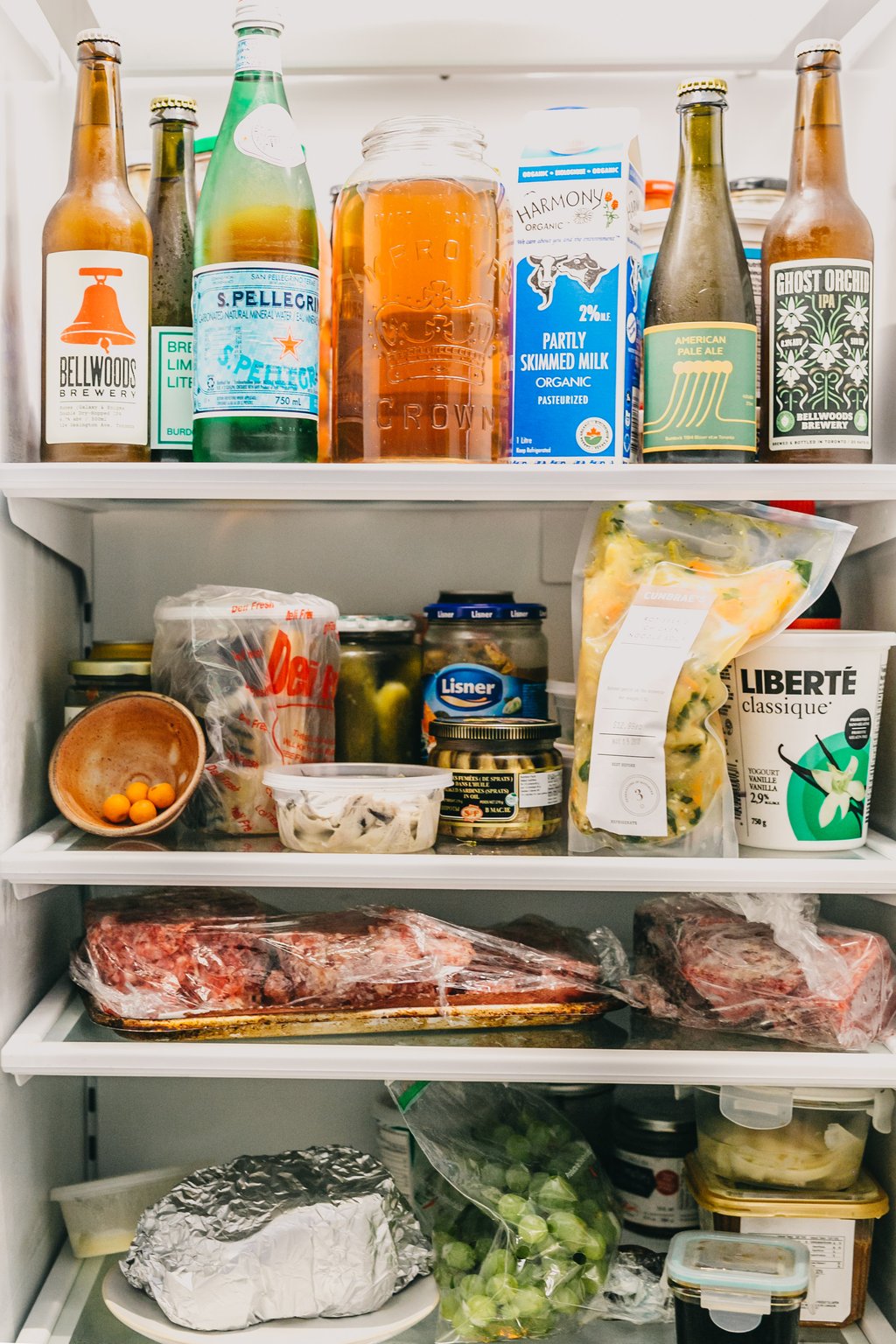 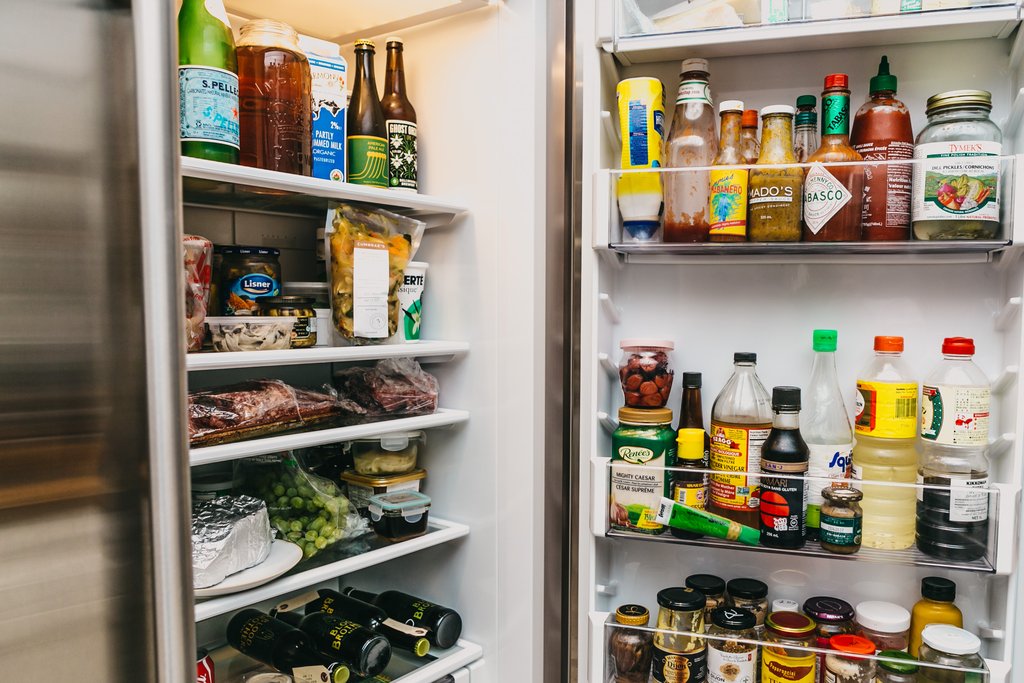 Stone is typically in charge of dinner, and she’s got serious kitchen cred—the two met while cheffing at the Black Hoof. These days, Stone’s the key recipe tester for their growing restaurant empire, which means when they were opening Bar Isabel the fridge was packed with Spanish ingredients. Now they’re in the process of opening Tennessee Tavern, an Eastern European kitchen in Parkdale, so they have a stockpile of Slavic goods. “We’ve eaten a lot of pierogies lately,” says van Gameren. 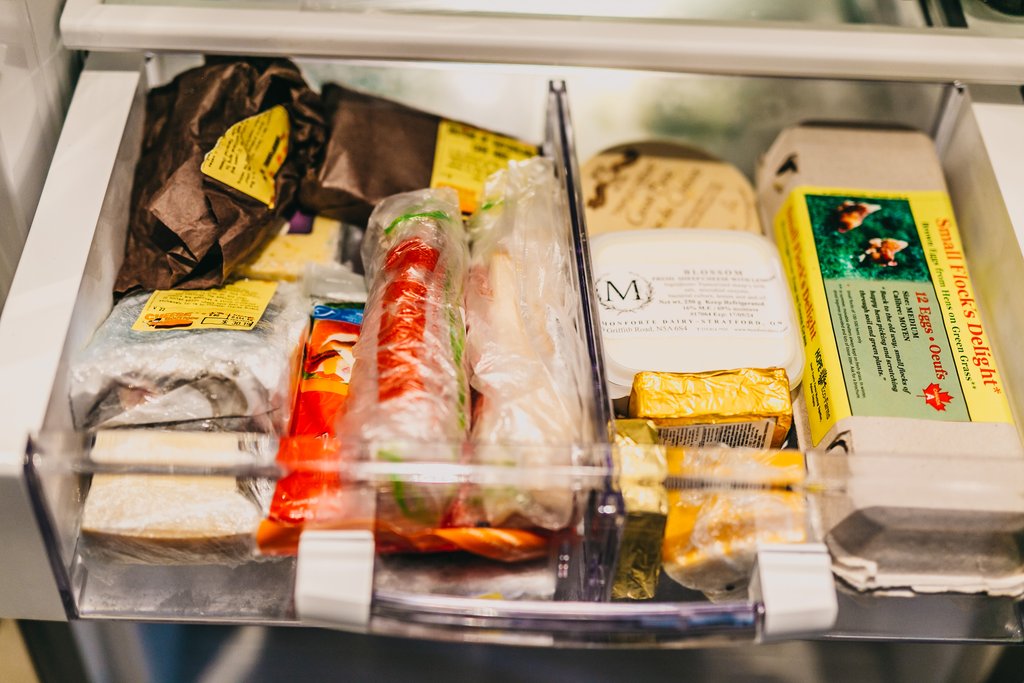 The two take regular field trips to the burbs to buy specialty items for menu research: recent pilgrimages have included Starsky Foods in Mississauga and Yummy Market in North York. When it comes to regular grocery shopping, though, they hit up Kensington Market for protein (Hooked for fish, Sanagan’s for meat and eggs) and Fiesta Farms for other staples. Stone prefers PAT Central for Korean sauces and condiments. 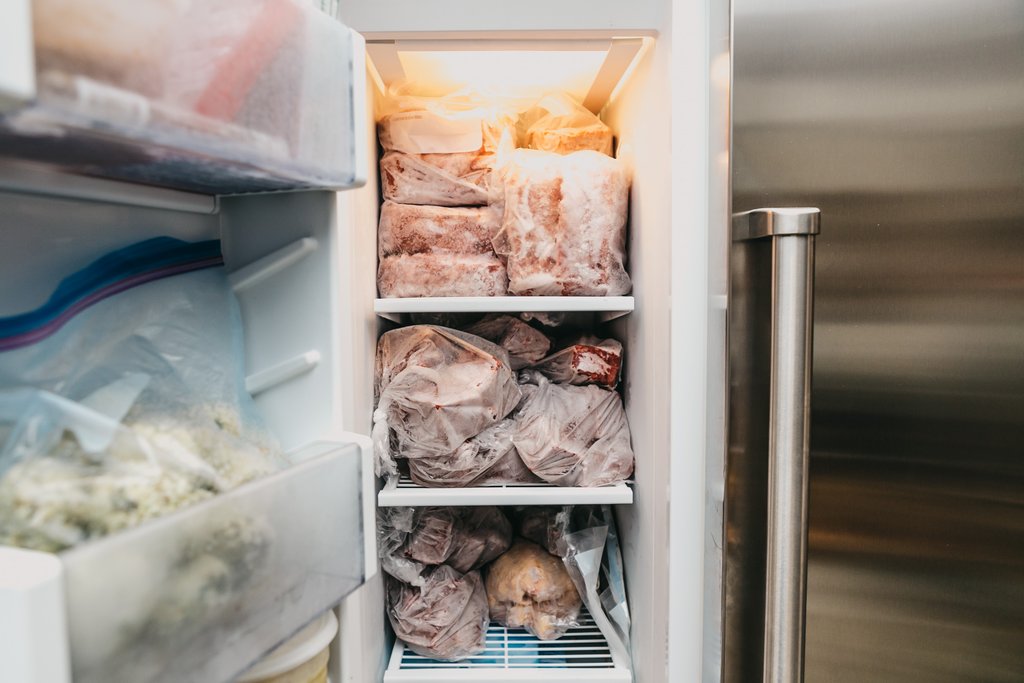 This drawer’s always stuffed with snacks: 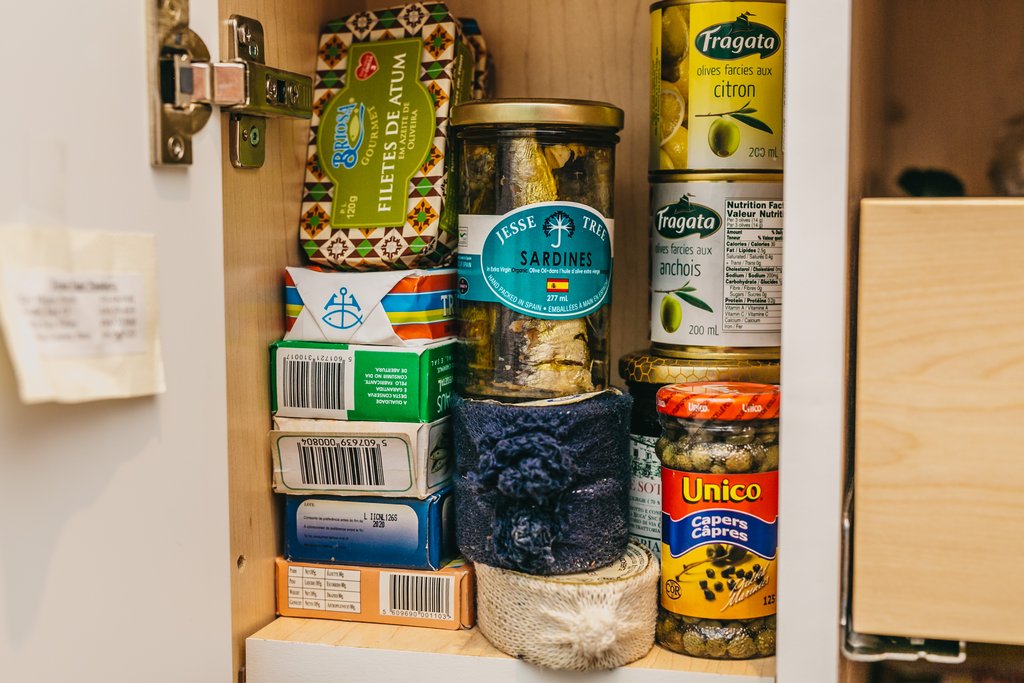 People always bring Stone and van Gameren canned fish when they come back from visiting Spain and Portugal. Every once in a while, Stone will get to eat a can of super expensive cockles, like this one, which van Gameren imports for Bar Isabel. They retail for about $65 a can: Here are a few of their favourite knives: 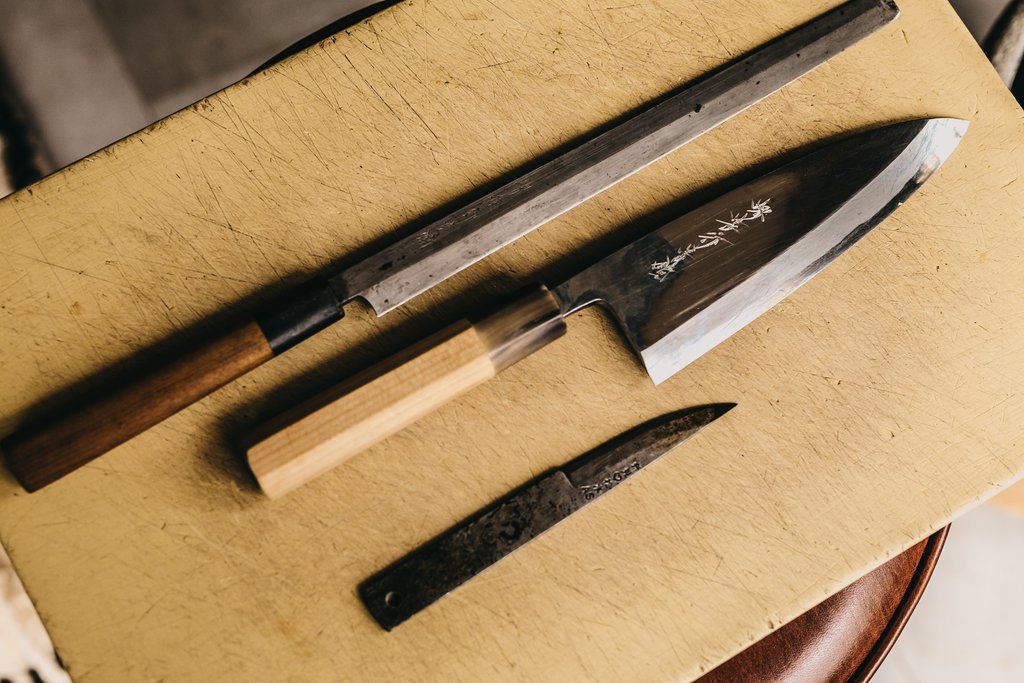 There’s always at least a half dozen varieties of salt in the house: 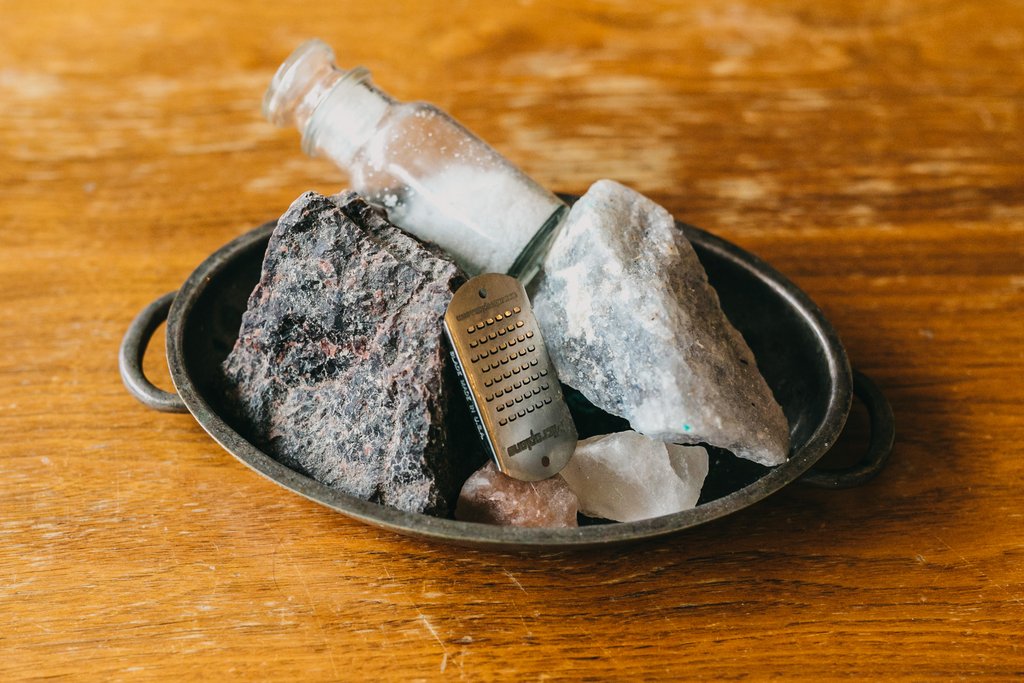 Of course there’s some bread from Bar Isabel:

And a shelf stocked with cookbooks (and booze): 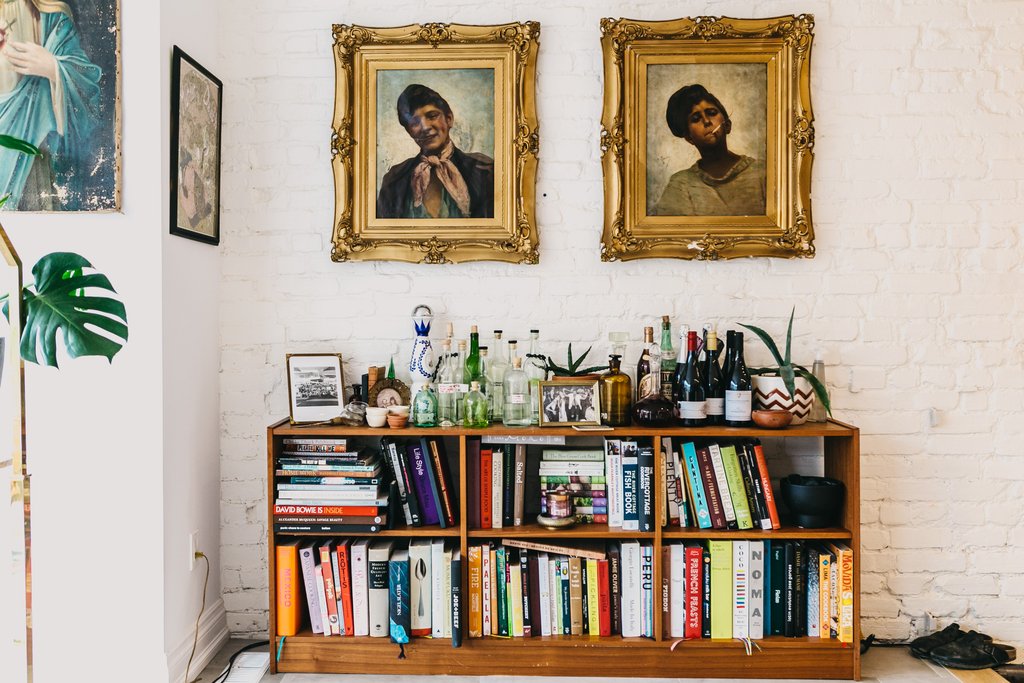 These days, van Gameren mostly drinks mescal. Whenever he visits Mexico, he goes to mescal producers to fill up bottles straight from the source: 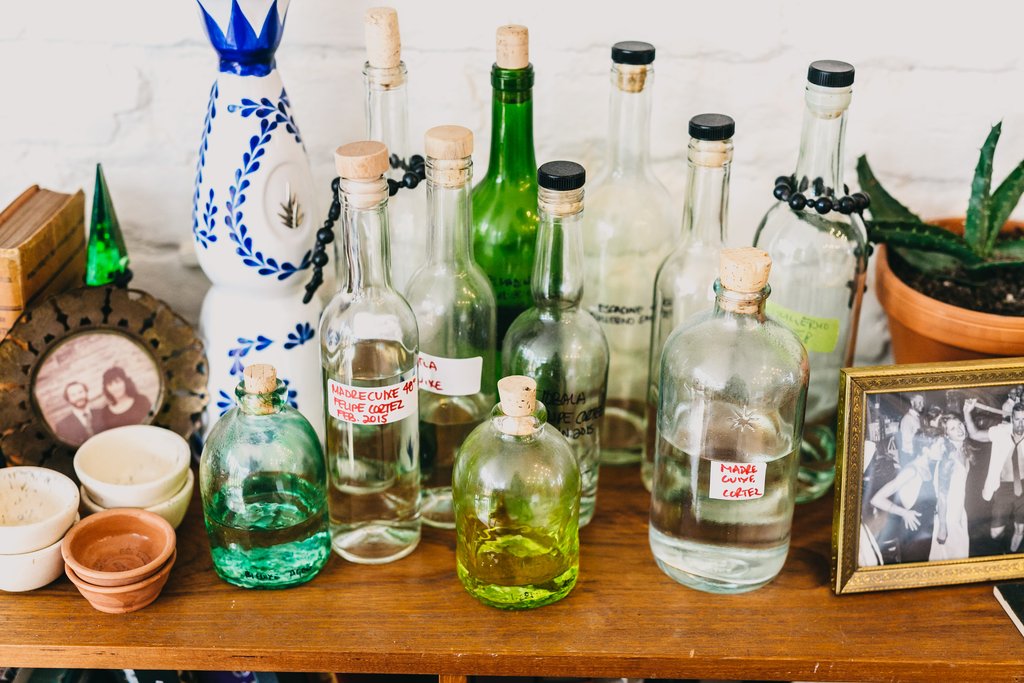 Here are a few of their favourite tomes: 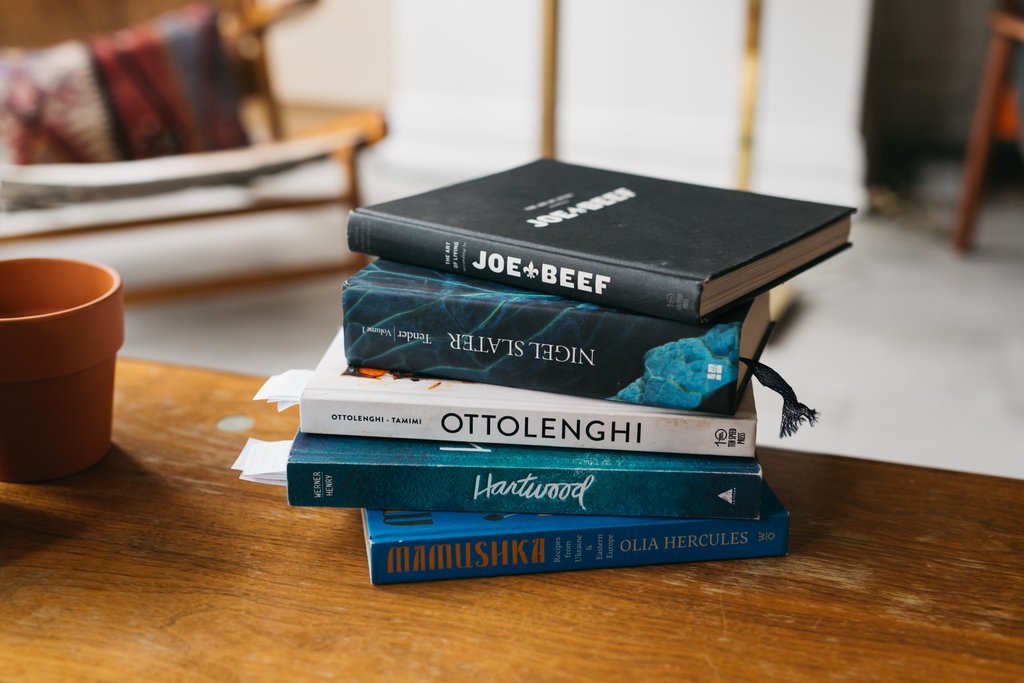