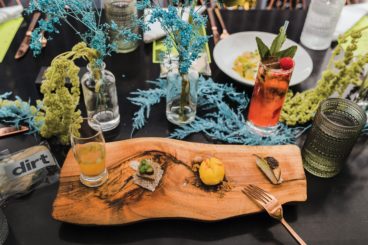 The city is teeming with fancy, secret supper clubs serving THC-laced cuisine. We sent our restaurant critic to sample the goods

Sarah Best is a bubbly, 30-year-old marketing expert with a background in hospitality (she was on the opening team at Soho House Toronto). Last year, noting the growing interest in microdosing and edibles, she founded Dirt, a series of occasional “high-dining” cannabis-themed parties in private homes and open-minded restaurants. They proved so popular that she now hosts them monthly. In January, 35 people attended a vegan dinner in the private room of a trendy downtown restaurant—we’ve promised to conceal its identity—crowded around two long, communal tables decorated with tea roses and trailing greenery. The night had been organized to front-load a series of buzz-building THC-infused cocktails and apps, followed by mostly weed-free entrées. Sarah passed around complimentary vape pens (some attendees brought their own) loaded with either indica or sativa, to suit diners’ moods. An hour in, strangers were friends, and everyone was giggling and chatting about their latest Netflix binges. Then came the final course, a cookie with a generous dose of CBD. I couldn’t get home to bed soon enough. 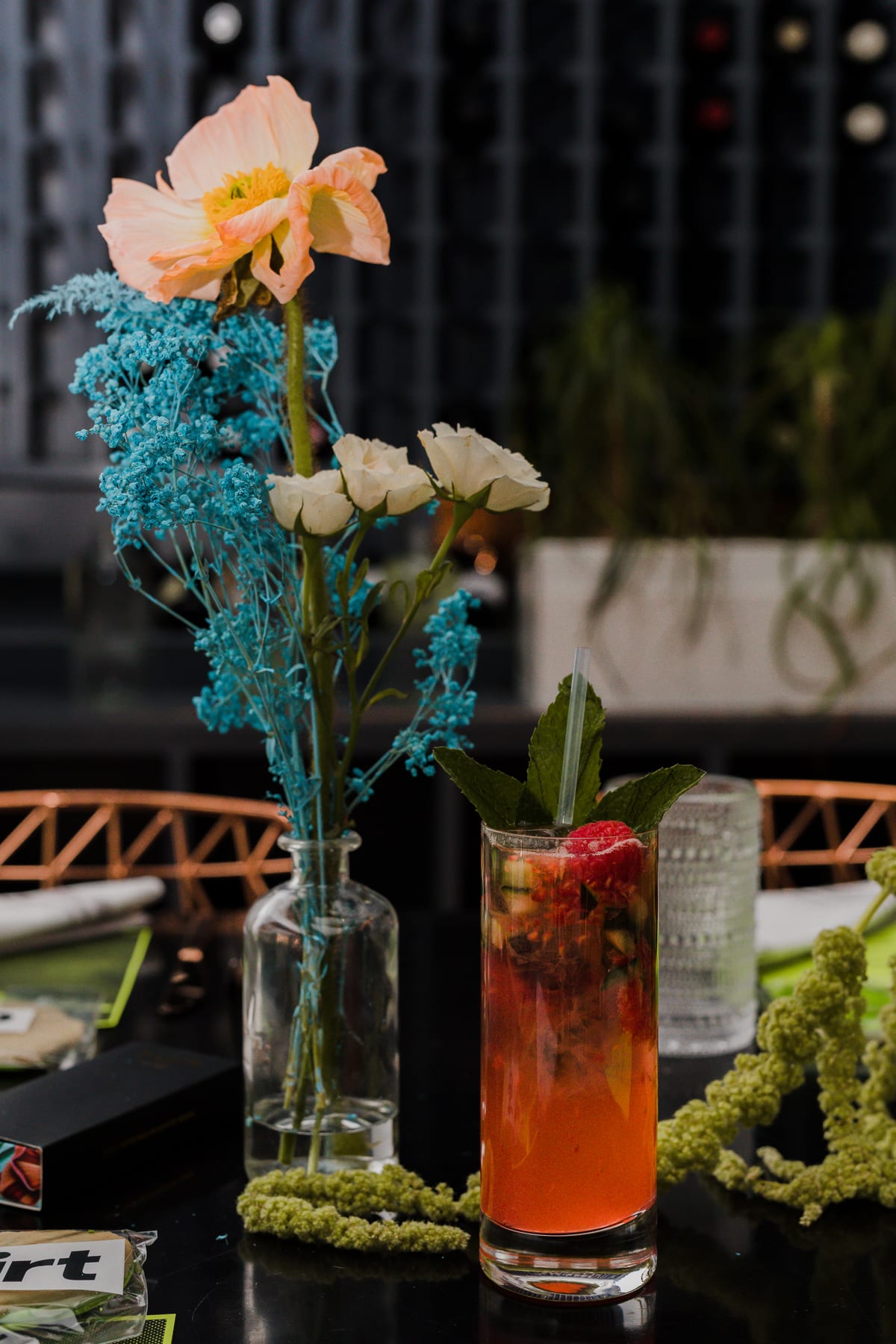 Mint condition: The night’s first cocktail was an alcohol-free mojito made with kombucha, lime, raspberries, cucumber, muddled mint and simple syrup infused with 5 mg of THC. It balanced sweet and tart, with a hint of grassiness. 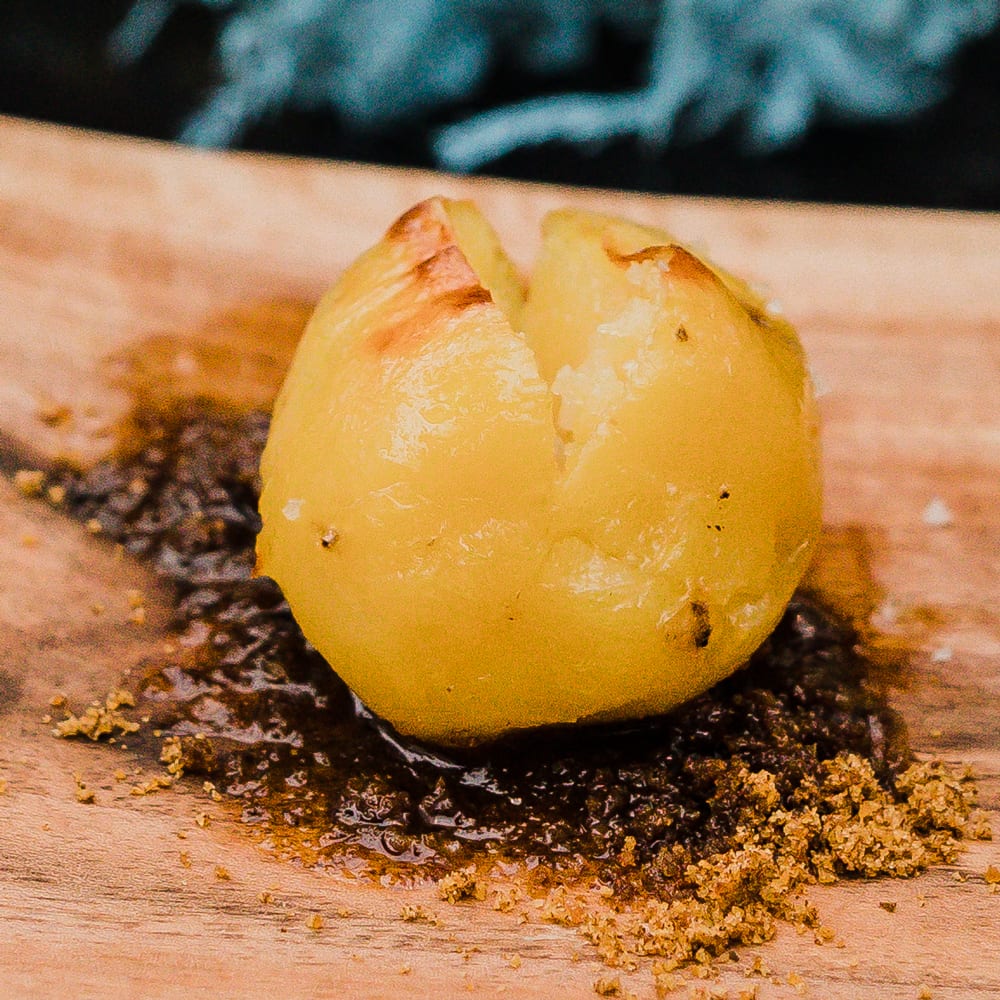 A starch is born: The chef baked fingerling potatoes from organic heritage grower Cookstown Greens in soil (a nod to the night’s organizer). Each spud was brushed with a mildly herbal olive oil infused with 2 mg of THC. 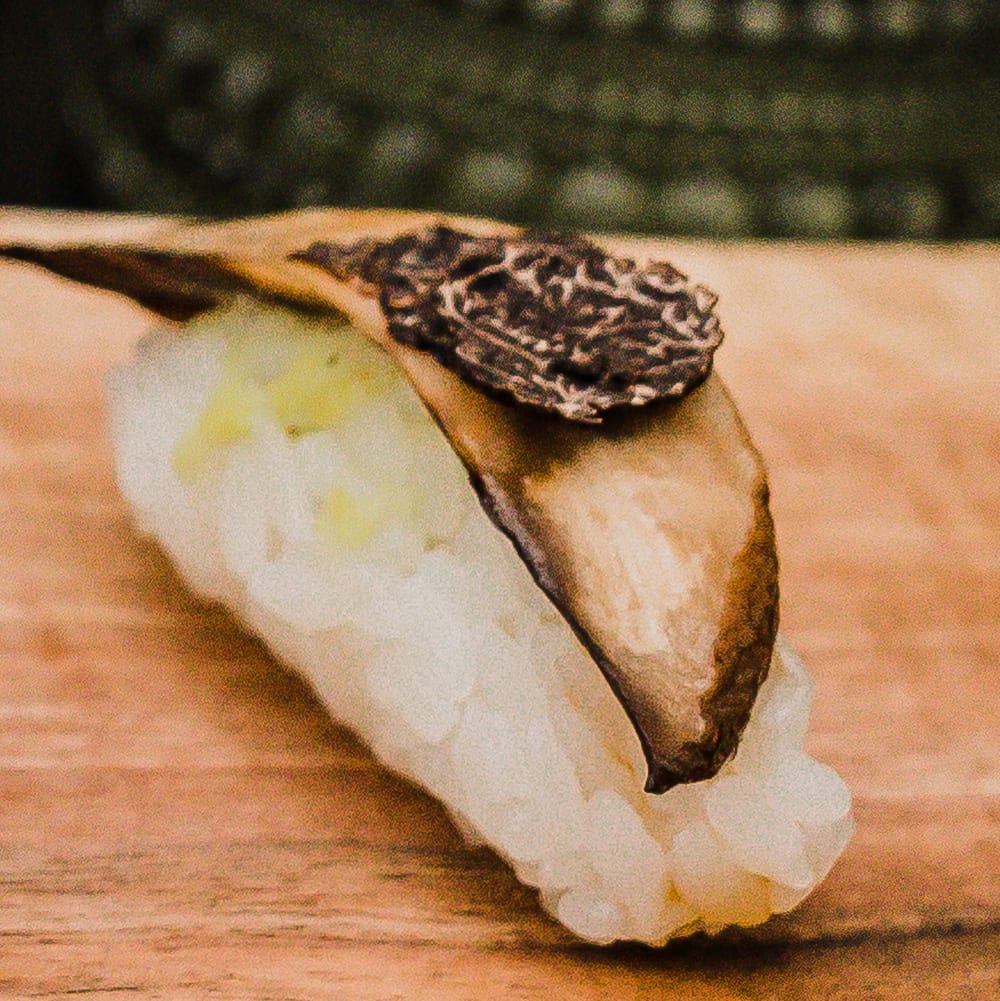 ’Shroom service: The vegan variation on one-bite nigiri swapped slices of shiitake mushroom and black truffle for raw fish, plus a dab of wasabi. 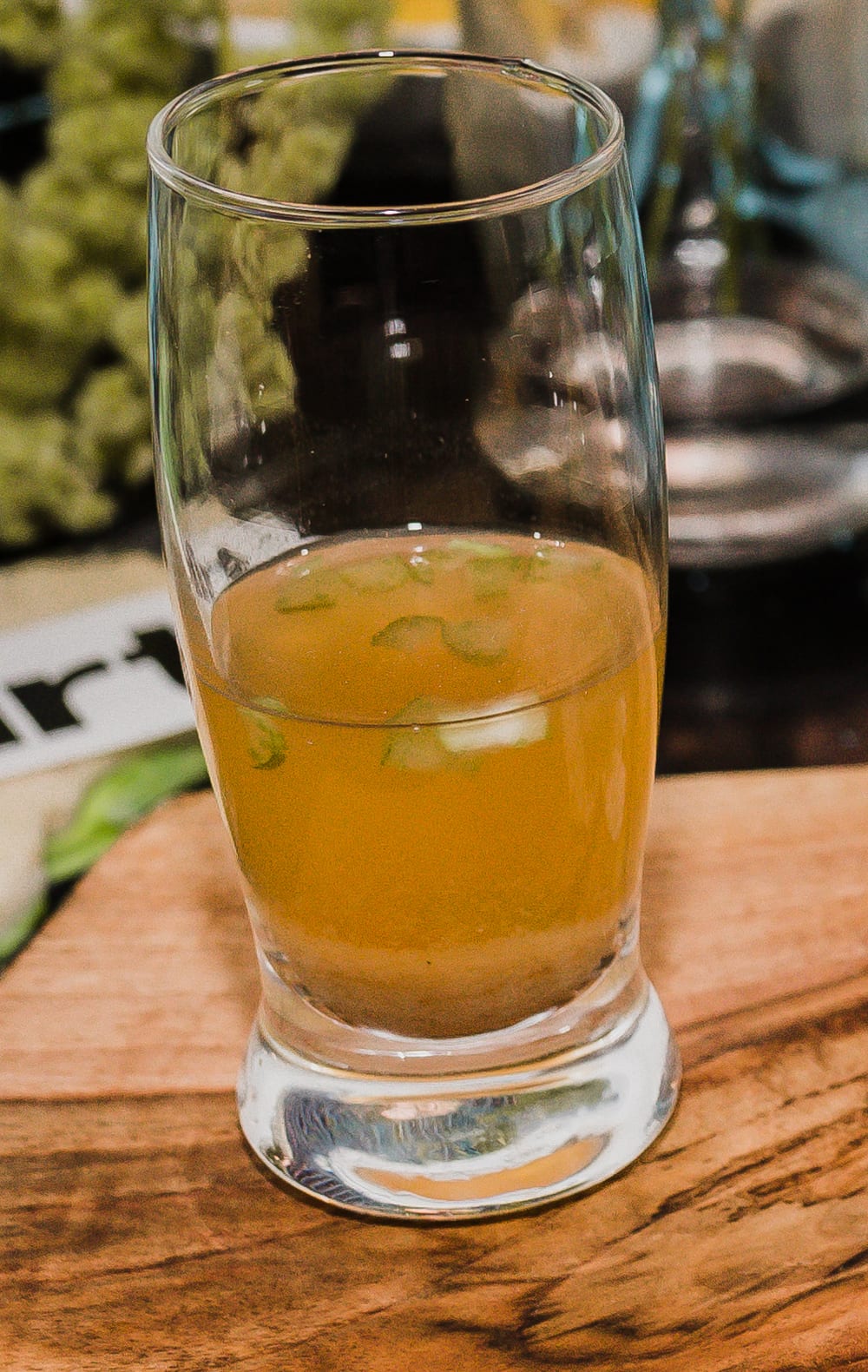 Liquid courage: A shooter of miso broth and diced al dente celery was warming and umami-rich, providing the last kick of THC (2 mg per serving) before the entrées. 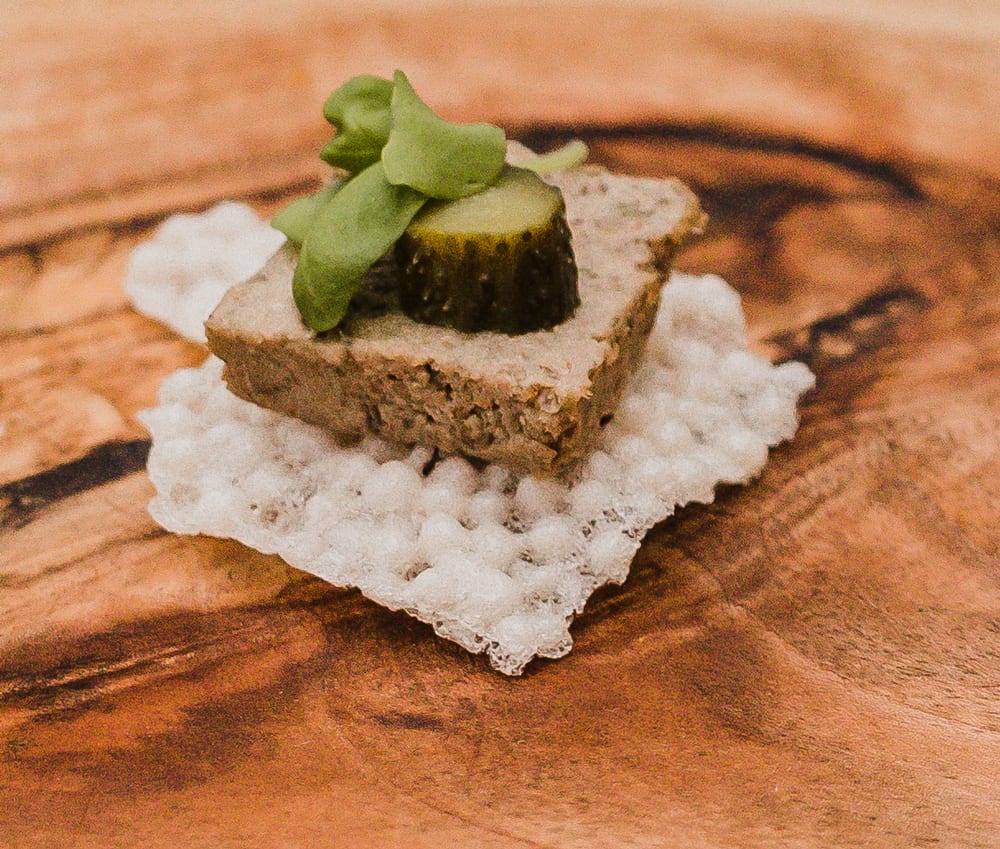 Spice world: The lentil pâté on a house-made rice cracker had a chili kick but no actual cannabis component. 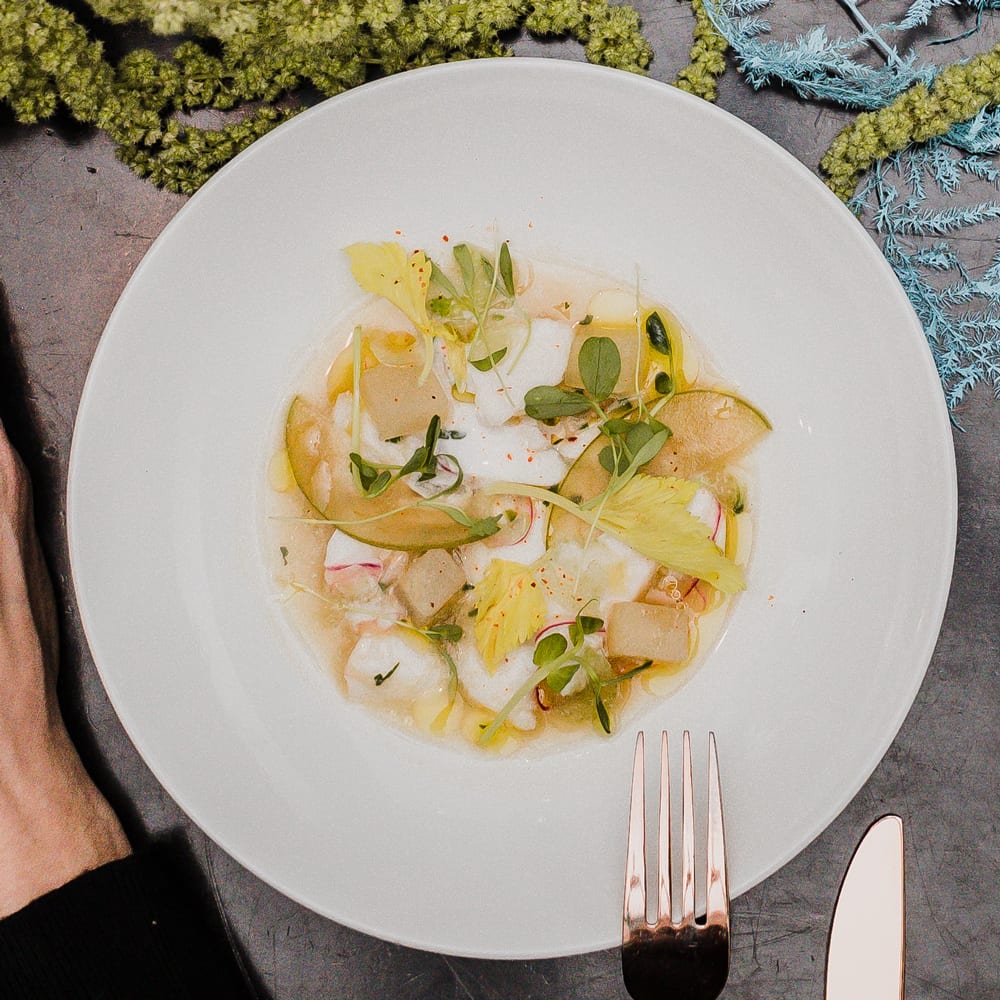 Herb appeal: The night’s main courses consisted of a vegan interpretation of ceviche (shown above), with 2 mg of THC and slices of raw coconut replacing fish, plus cubes of Asian pear, coriander seedlings and a dressing of celery and apple juice; fluffy cauliflower-potato gnocchi and a butternut squash purée, plus plentiful slices of funky Perigord black truffles; and a sharing platter of wood fire–charred Savoy cabbage. 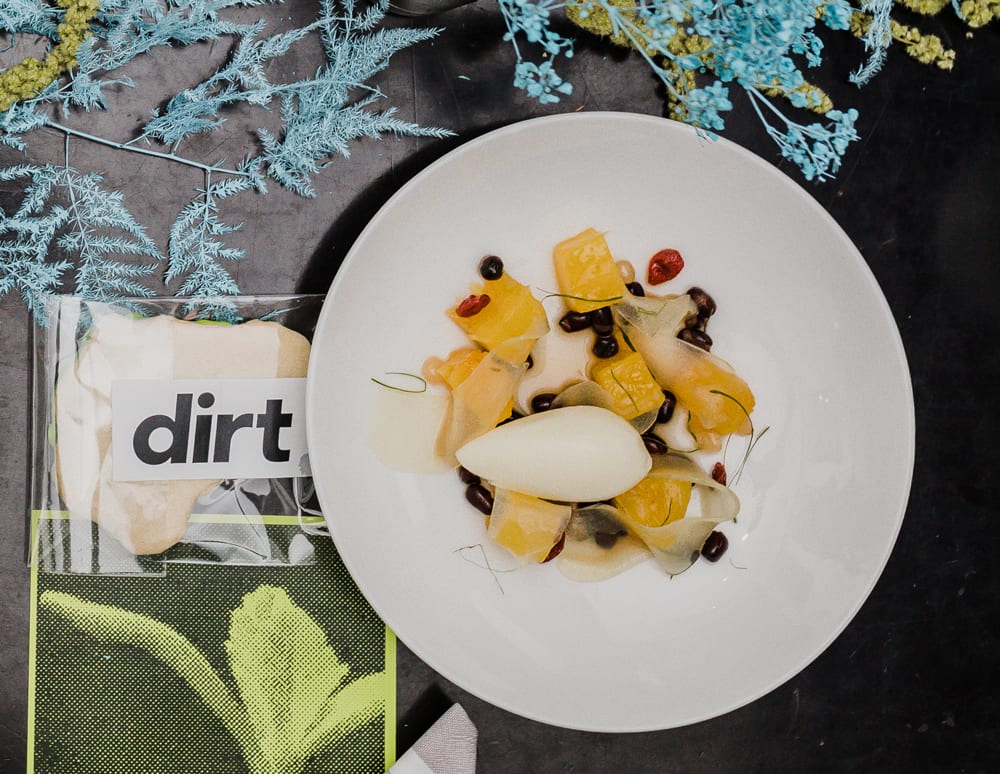 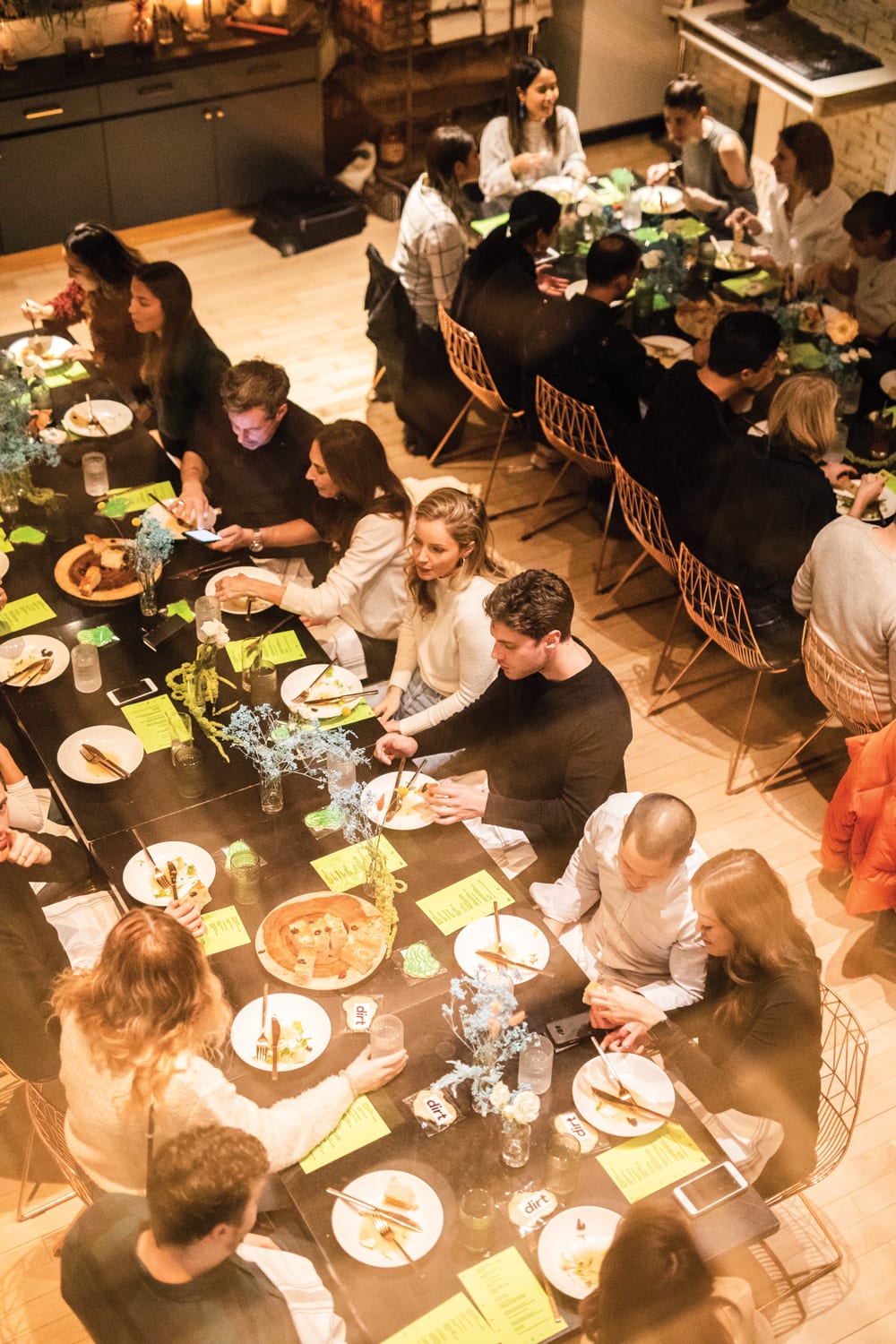