Wellness gurus are spiking their artisanal lotions and salves with a not-so-secret ingredient.  But does it work? We put a few to the test 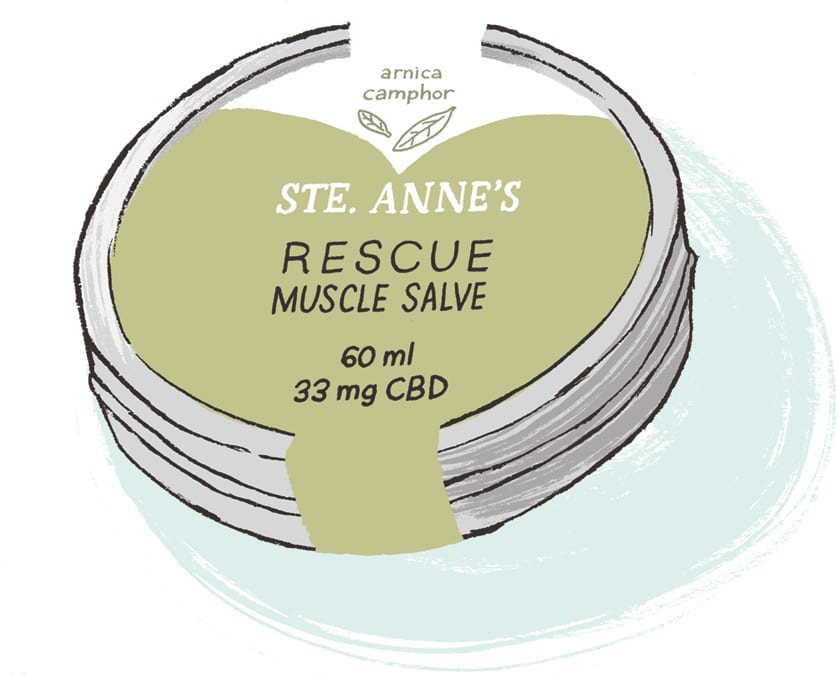 For those who can’t make it to the spa in Grafton, Ste. Anne’s recently debuted a whole line of CBD products. The rescue muscle salve, whose other ingredients include arnica, beeswax and black cumin oil, is designed to reduce swelling and inflammation. $46.50. Steannes.com.

Courtney’s take: “The salve has a pleasant Vick’s VapoRub–esque aroma. I rubbed it on my knee, which had been acting up after a particularly bendy yoga class. I immediately felt a cool, tingly sensation, and half an hour later, my knee was much less cranky.” 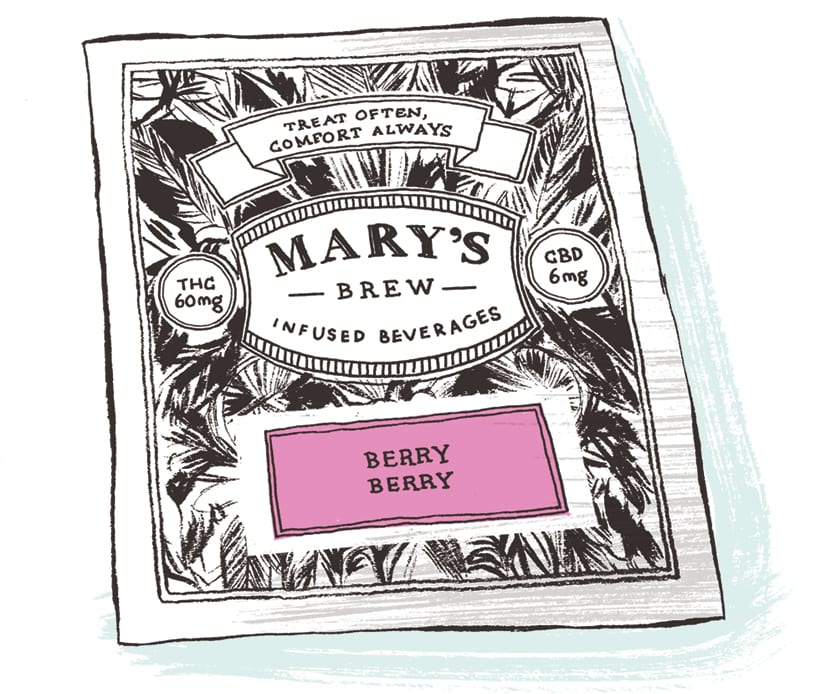 One bag of Mary’s Wellness Tea won’t get you wasted—and it’s not supposed to, with the relatively low THC dose of 60 mg per serving, plus 6 mg of CBD. $5 per bag. Maryswellness.com.

Courtney’s take: “There’s something delightfully civilized about getting high off a hot cup of tea. I tried the Berry Berry (tart and fruity with a hint of cannabis funk) and Green Tea and Ginger (which tastes like someone dropped a joint in the kettle). It reduced my anxiety and cleared my head. While watching True Detective, I poured a second cup in the hopes of getting buzzed. Instead, I conked out before the episode was over.”

Calyx, the city’s first CBD boutique, makes its calming mist with a blend of peppermint extract, grape-seed oil, menthol and about 3.3 mg of CBD. You’re meant to spritz it like a breath freshener. $90. Calyxwellness.co.

Courtney’s take: “It didn’t taste terrible—it reminded me of oily Listerine—but it’s hard to relax when you’re trying to determine whether you’re relaxed. I sampled it again before a work meeting and felt atypically detached, so maybe that was a sign of canna-induced calm. Either way, my breath smelled fresher than after a Wintergreen Lifesaver.” 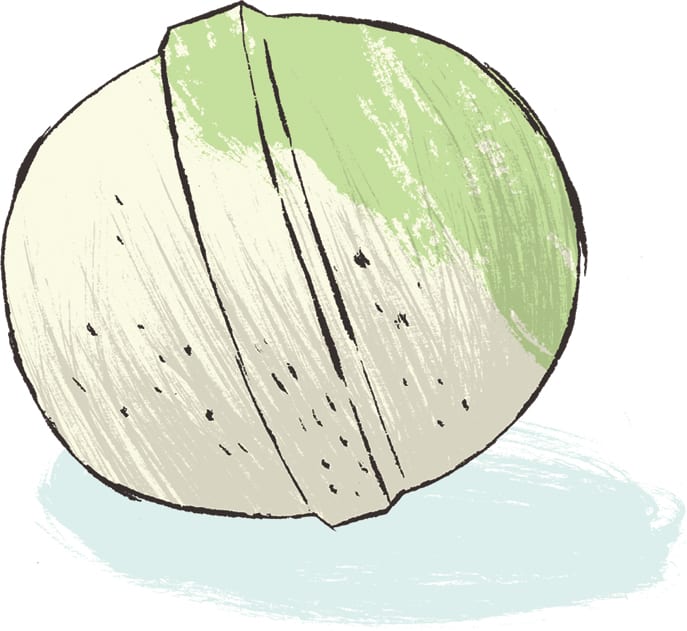 Courtney’s take: “The orange-ginger version smelled fresh, summery and not too overpowering, and my bath experience was utterly blissful (though I suspect most midday baths are). Pro: afterward, my skin felt noticeably softer than usual. Con: the orange colouring made it look like I was bathing in pee.”

An earlier version of this story listed the incorrect dosage of CBD for Mary's Wellness Tea.