We quizzed them on their favourite strains, weed slang and what they eat when they have the munchies 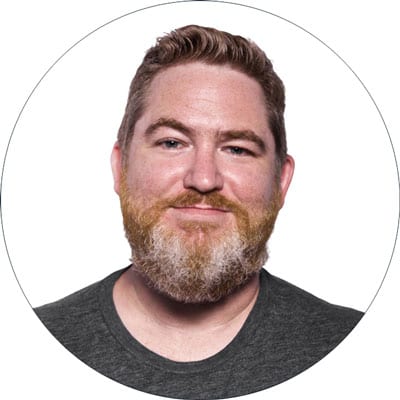 HQ: Downtown Toronto
Staff: 269
Market cap: $580 million
Hometown: Ottawa
Education: Bachelor of applied science from University of Ottawa, MBA from Queen’s
Past life: Treasurer of the Liberal Party of Canada, CEO and co-founder of Canopy Growth
Best thing about Toronto: “Floor seats at a Raptors game. It’s an experience like nothing else.”
Worst thing about Toronto: “The fact that I live in Ottawa and have to travel back and forth every week.”
Biggest opportunity in the cannabis industry: “Edibles.”
Most annoying stereotype: “That some people still believe alcohol is safer than cannabis.”
Best cannabis slang term: “I call it pot.”
Worst cannabis slang term: “Broccoli.”
Dream job as a kid: “Architect or businessman.”
What your parents think of your job: “My parents missed the ’60s, so I thought we’d have to have a conversation about it. But they’re just happy I’m succeeding.”
First exposure to cannabis: “Cheech and Chong movies as a kid. My impression was certainly negative—that they were a couple of stoners.”
Ideal dinner pairing: “I enjoy a good whiskey, but I’d prefer something with pot in it. Sneaking a vape during dinner isn’t too hard.”
How often you consume: “I’m a regular user.”
Ideal way to consume: “Vape pens.”
Funniest strain name: “Alaskan Thunder Fuck.”
Favourite munchies: “Joe Louis.” 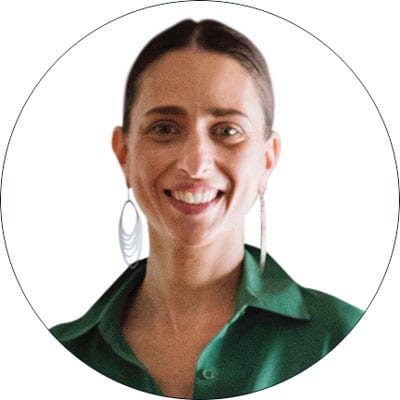 HQ: Downtown Toronto
Staff: 55
Market cap: $72 million
Hometown: Toronto
Education: B.A. and M.A. from York University
Neighbourhood: Wychwood Park
Best thing about Toronto: “It’s vibrant and diverse.”
Worst thing about Toronto: “The traffic. I bet everybody’s said that.”
Biggest challenge in the cannabis industry: “Planning a business in a regulatory environment that’s constantly changing.”
Biggest opportunity in the cannabis industry: “There’s no Coke or Pepsi in the industry, so there’s an opportunity to create brands that will become foundational.”
Most annoying stereotype about the industry: “A lot of people think it’s a bubble, full of promoters. But it’s an $8- to $10-billion-dollar industry.”
Most accurate stereotype about industry: “There’s so much money and interest pouring in that of course you’re going to get people who are playing the game as opposed to building real businesses.”
Best cannabis slang term: “I just say weed.”
Worst cannabis slang term: “I don’t care what you call it—just appreciate it.”
Dream job as a kid: “Actress.”
What your parents think of your job: “They’re shocked. When I started in 2013, we didn’t know it would become what it is today. They thought it was a passing fad. Now I’m one of a handful of people who have been here since the beginning. They’re like, ‘Whoa, how did this happen?’”
First exposure to cannabis: “I was 15, and my friends and I ended up buying oregano instead of weed.”
Ideal dinner pairing: “I love the Kosher Kush—to go along with my non-Kosher meal.”
How often you consume: “Three times a week. No, wait, let’s be honest: four times a week.”
Ideal way to consume: “Joint.”
Favourite strain: “I love one called ‘Where’s My Bike?’ ”
Funniest strain name: “Charlie Sheen.”
Favourite munchies: “I eat anything and everything in the fridge.” 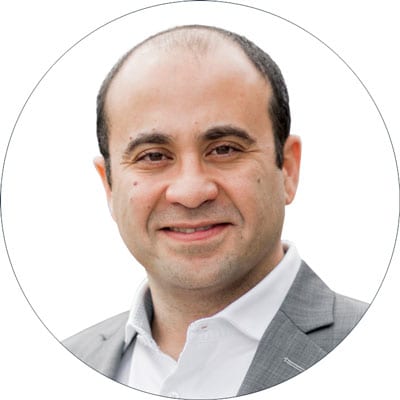 HQ: Mississauga
Staff: 155
Market cap: $1 billion
Hometown: Cairo, Egypt
Education: Doctor of pharmacy from Albany College, post-doctoral fellowship at Rutgers
Past life: Executive director of OnPharm, which represents over 340 pharmacies
Best thing about Toronto: “You can get a taste of every culture here.”
Worst thing about Toronto: “The amount of time it takes to get anywhere.”
Biggest challenge in the cannabis industry: “Scaling up efficiently. We used to send one patient’s order at a time. Now we send pallets.”
Biggest opportunity in cannabis industry: “Establishing a brand that wins the hearts and minds of consumers and patients.”
Most annoying stereotype: “The idea that cannabis has to be smoked.”
Worst cannabis slang term: “Weed. It downplays what we’re doing.”
Dream job as a kid: “I wanted to sail the world.”
First exposure to cannabis: “Egypt is one of the world’s biggest illegal cannabis consumers. So it was around.” What your parents think of your job: “My dad was a pharmacist and saw what opioids can do to people. He saw that cannabis could benefit them.”
Funniest strain name: “Alaskan Thunder Fuck.”
Favourite munchies: “Butter-free popcorn.” 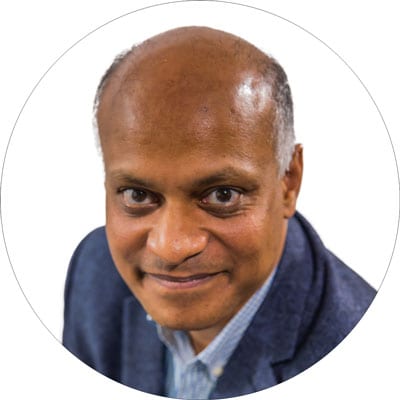 HQ: Mississauga
Staff: 150
Market cap: $1 billion
Hometown: Labrador City, Newfoundland
Past life: 25 years as CFO at Procter and Gamble
Fun fact: Has lived in 12 different countries
Best thing about Toronto: “The diversity and welcoming friendliness.”
Worst thing about Toronto: “Traffic isn’t great, but it’s better than Moscow and Sao Paolo.”
Biggest opportunity in the cannabis industry: “If you leave aside hockey, it’s unusual for Canada to have a lead on the Americans.”
Most annoying stereotype: “A lot of people still associate it with stoner culture. That’s not where the future is.”
Worst cannabis slang term: “Pothead.”
What your parents think of your job: “I’ll actually be giving my mom CBD tea to help her sleep as soon as it’s legal.”
First exposure to cannabis: “I didn’t have much exposure to it. An old friend recently told me, ‘High school Brian would have never believed you’d end up working in cannabis.’ ”
Funniest strain name: “Girl Scout Cookies. I mean, it’s totally inappropriate.”
Favourite munchies: “Sriracha or salt and vinegar chips.” 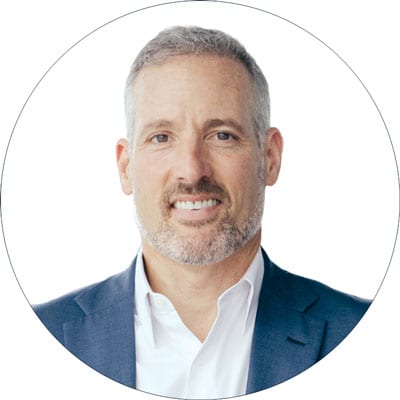 HQ: Vaughan
Staff: 580
Market cap: $849 million
Hometown: Toronto
Past life: President and CEO of Tangerine bank
Best thing about Toronto: “It’s a global city.”
Worst thing about Toronto: “I don’t want to get the mayor mad at me, but traffic.”
Biggest challenge in the industry: “Changing how people think about cannabis. It’s a miracle plant.”
Dream job as a kid: “Not working. Work wasn’t in my game plan until much later.”
What your parents think of your job: “My mom was thrilled. My wife was the one who asked the tough questions about how people would perceive our family.”
First exposure to cannabis: “I grew up thinking there was a small group of people with long hair and anti-establishment values doing it in back alleys and basements. The overwhelming majority of the world probably still sees marijuana that way.”
Ideal dinner pairing: “A glass of red wine. But I look forward to the day I can have a beverage with THC in it.”
How often you consume: “I’ve tried cannabis a few times throughout my life, and they weren’t positive experiences for me. But the cannabis aficionados I work with are begging me to try again. I do take CBD oil every day to help with a bad ankle from my mediocre basketball career.”
Funniest strain name: “Kinky Kush.”
Favourite munchies: “Chocolate-covered almonds.” 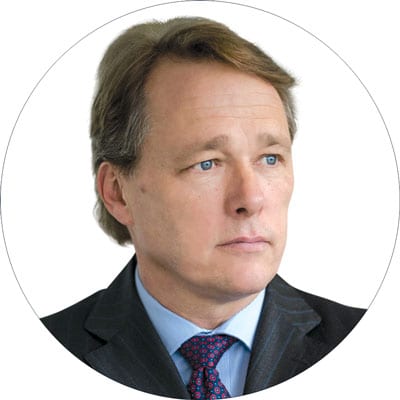 HQ: Smiths Falls, Ontario
Staff: 3,000
Market cap: $22 billion
Hometown: Gads Hill, Ontario
Current neighbourhood: “I live at the Toronto side of Ottawa. But I think I’ve gone to Toronto every week for my adult life. I joke that it’s where they keep all the money.”
Best thing about Toronto: “You have access to everything you need for capital markets within a four-block radius.”
Worst thing about Toronto: “The island airport should be allowed to have small jets.”
Biggest challenge in the industry: “There are far more people announcing business than actually doing business.”
Biggest opportunity in the industry: “No one knows where disruption ends.”
Best cannabis slang term: “I like the double entendres. I’m currently wearing a pin that says ‘Hi.’ ”
What your parents think of your job: “They’re almost embarrassingly excited. At their age, everybody they know has medical issues.”
First exposure to cannabis: “In Grade 8, I did a school project about how marijuana could be a farmed crop.”
First time using cannabis: “Tree planting while at university in B.C.”
Favourite strain: “Jack Herer. It was one of our first strains at Canopy.”
Favourite munchies: “That blue bag with nachos, cheesies, pretzels and Sunchips. I don’t know why anyone else is getting the Nobel Prize. That person broke through all the barriers to make the perfect snack.”