Over the past four years, Anthony Rose has built an impressive restaurant mini-empire. Bar Begonia, the newest addition to Rose’s Dupont row (which also includes Fat Pasha, Schmaltz Appetizing, Rose and Sons and Big Crow), is about to get a huge backyard patio complete with a raw bar and bocce court. And down on Queen West, Rose and Sons Swan is getting an addition, too: Big Crow, But Little (a smaller version of his barbecue party tent). It all keeps the restaurateur pretty busy, so he doesn’t have much time for home cooking.

If Rose didn’t have an 11-year-old son, Simon, the fridge in his Little Italy row house would probably be empty. He shops for just enough food to make it through Simon’s three-day stay—Cheese Boutique and Fiesta Farms are his go-to stores. 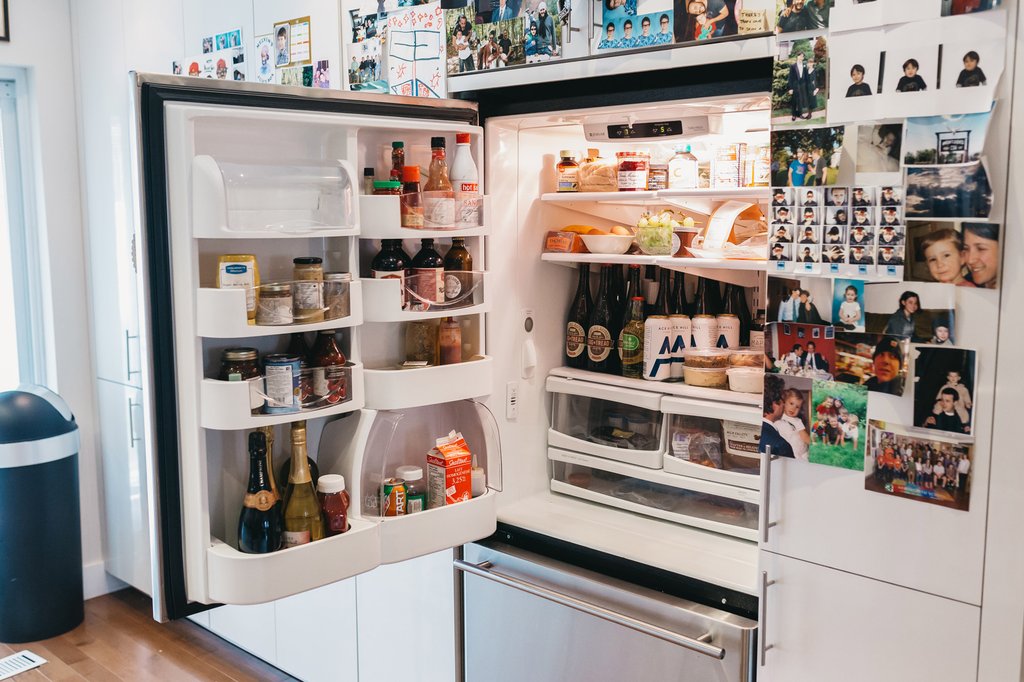 Typically, the two bachelors make breakfast and lunch together, but will order in dinner. “We’ll do UberEats almost every night,” says Rose. “Simon made me dinner last night, though,” he says with pride. The English muffin sandwiches stuffed with prosciutto and cheddar, and served with sardines and pickles, were a big hit. If the two dine out, there’s a good chance they’ll go to their favourite spot, Momofuku Noodle Bar, or to Zet’s by the airport or 369 Shanghai Dim Sum in Markham. 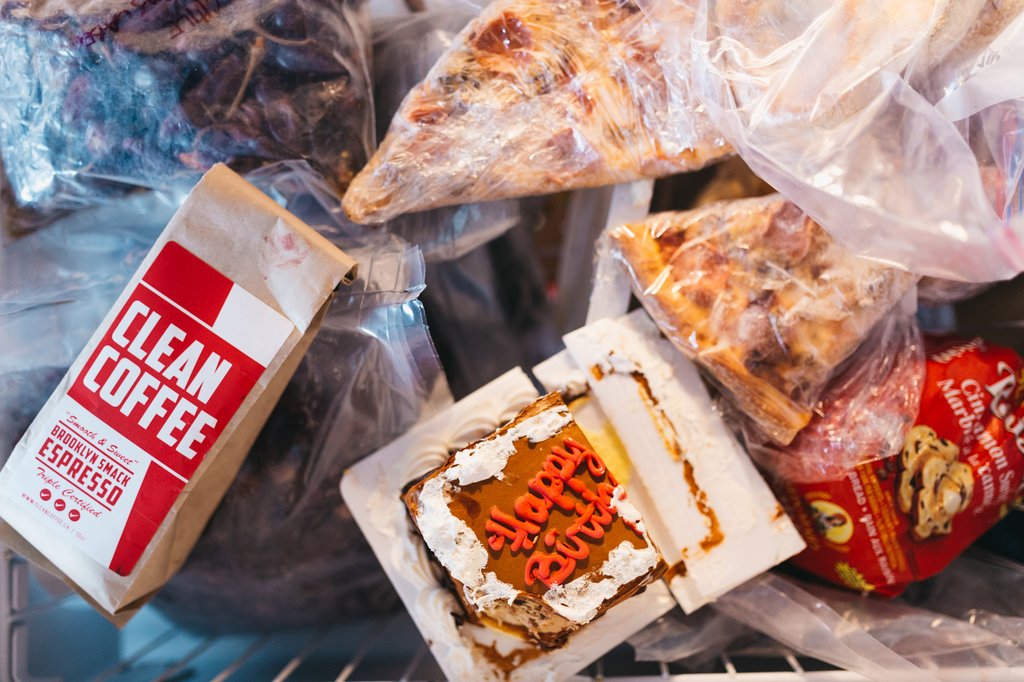 Rose doesn’t care for candy, but he’s an avowed chocoholic. His current obsession: Halloween-sized Mr. Goodbars, which he buys at Bulk Barn. Rose is more of a hoarder than a consumer, though. Case in point: this drawer:

Rose and Simon recently returned from a two-week trip to Israel. They brought this halva back, which Simon eats for breakfast. Rose finds it too sweet:

A few of the tools Rose uses—like the oversized rolling pin and ornate chafing dish below—are family heirlooms he inherited from his maternal grandmother. The thing that looks like a matryoshka doll is used to emulsify dressings:

Despite the formidable size of Rose’s liquor collection, he doesn’t drink much at home. And when he does, he refuses to play mixologist. “I hate cocktails. I drink my booze neat or on ice.” 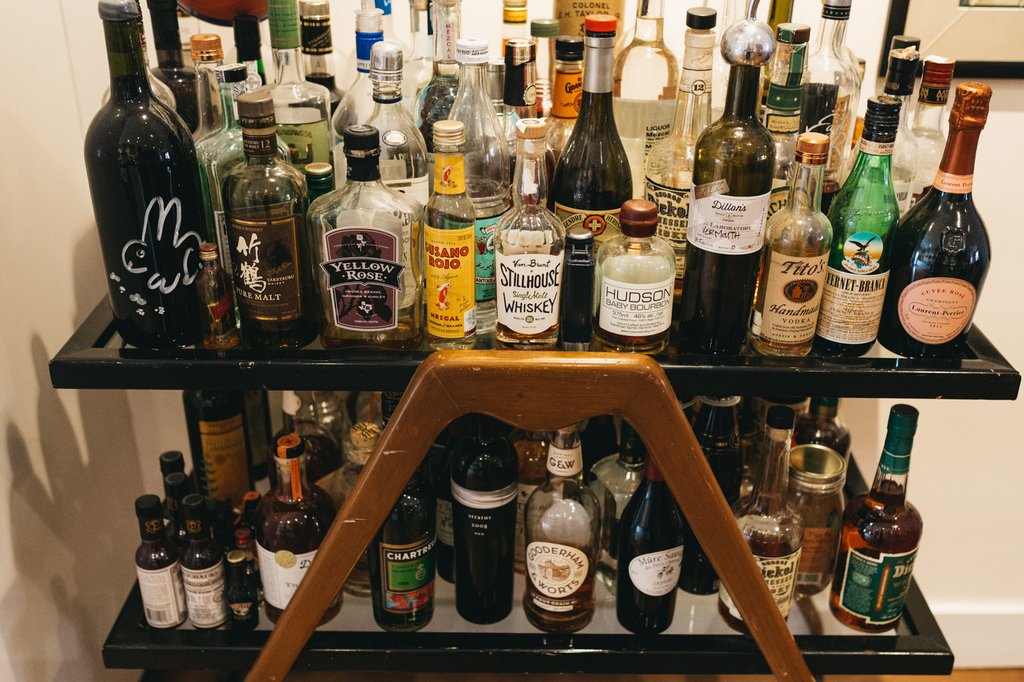 When he travels, Rose likes to pick up a bottle he’s never seen before, such as the Pelter Distillery’s Merlot Eau De Vie that he snagged in Israel:

Although these shelves are teeming with books, they represent only a quarter of Rose’s collection. “I probably have about 600 books, but a lot of my favourites are at my restaurants,” he says. Rose buys cookbooks mostly for the pictures—he doesn’t read recipes: 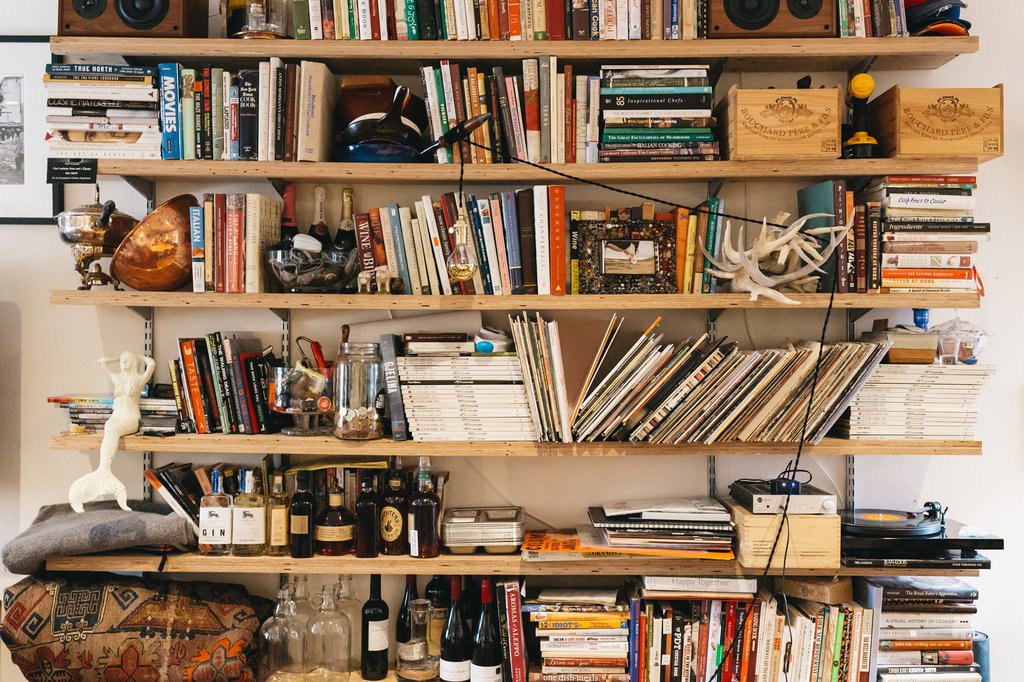 Rose started drinking coffee regularly five years ago. He enjoys the ritual aspect of a morning cup of joe: 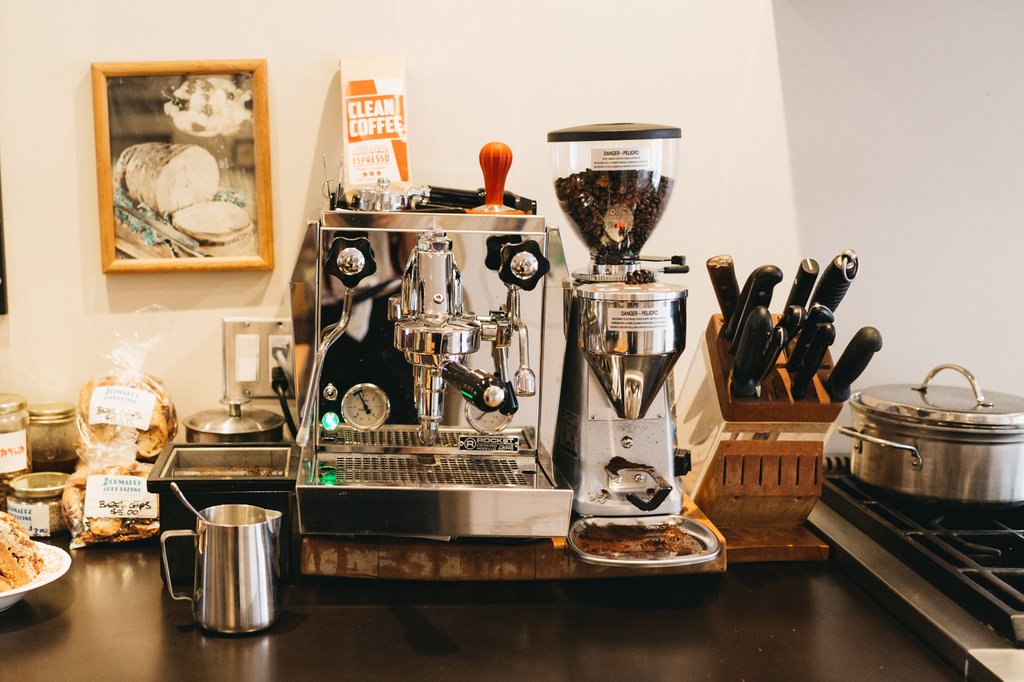