They frolic on the rooftop while their parents sip wine

In 2011, when Yashy Murphy went on maternity leave with her first child, Akira, she didn’t anticipate how bored she’d be. It was winter, and she didn’t want to navigate the streets with a stroller, so she posted flyers in her Bay and Dundas condo inviting parents to join a playdate group. A few days later, three moms showed up with their kids. Thus began a tradition. Six families gather each week for rooftop barbecues in the summer and rotating condo dinners in the winter, bringing over whatever they have in the fridge or a bottle of wine to share. “My kids and I have formed long-lasting friendships,” says Murphy; the neighbours bail each other out when they need last-minute sitters and help with middle-of-the-night emergencies. “You hear about old-fashioned communities with white-picket fences, and we rely on our neighbours the same way,” says Murphy. “We just happen to live in a condo.” 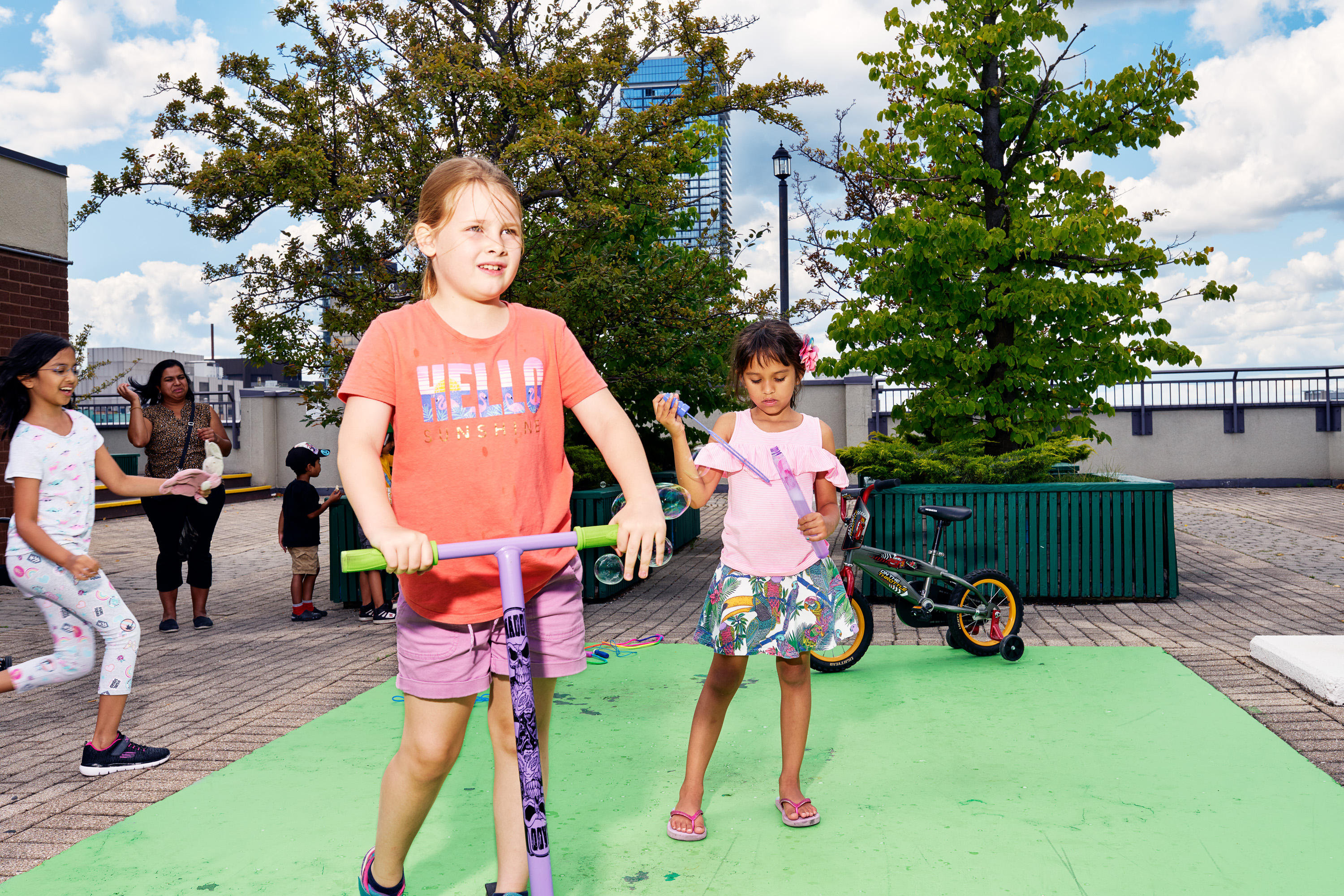