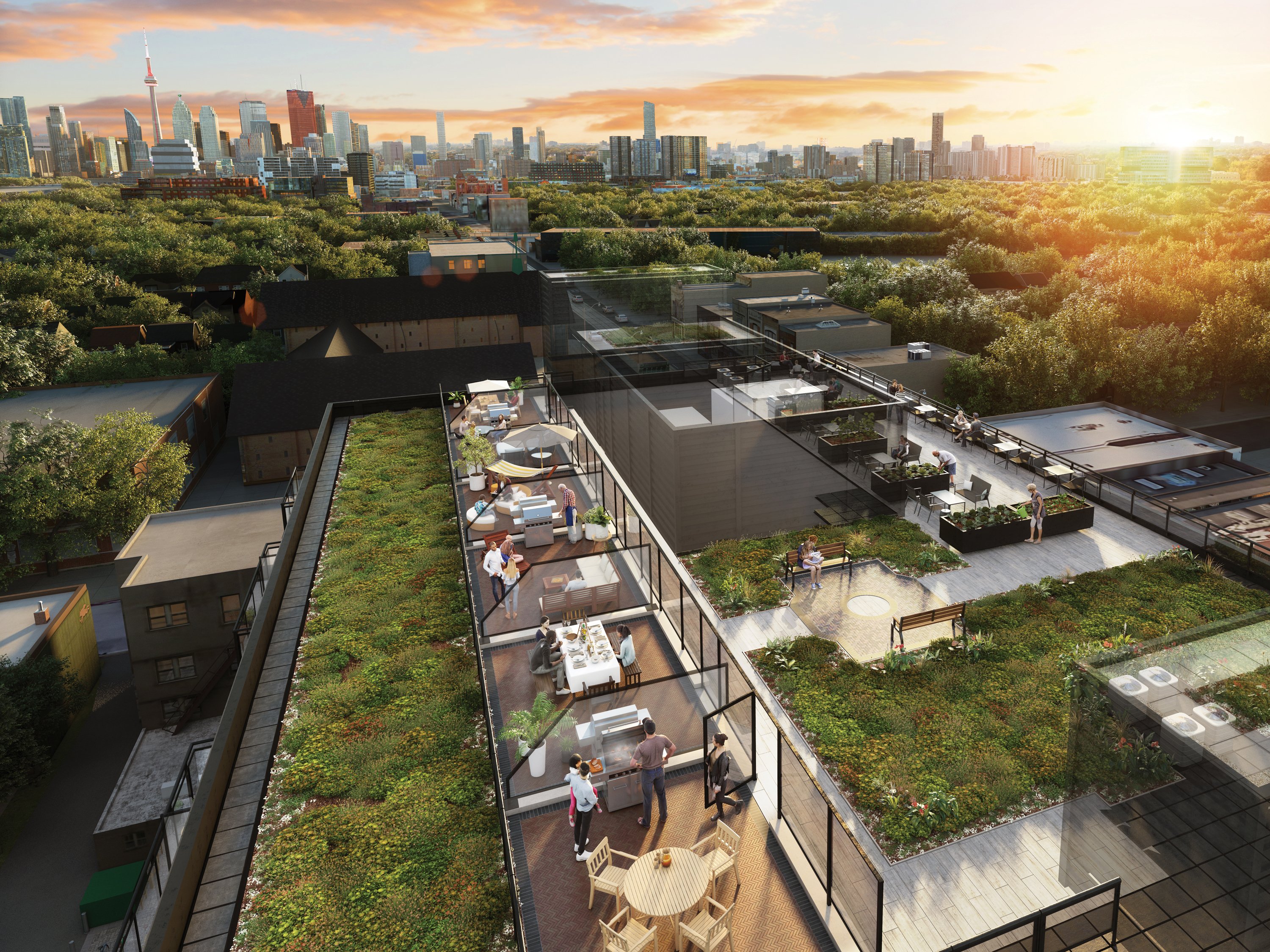 THE ROOFTOP GARDEN
At the Logan, a new boutique condo in Riverdale, residents get access to the building’s, 2,000-square-foot green roof, which features community garden plots, and patio space for outdoor dining and sunset rosé. A team of urban gardening consultants will help residents transform a bare patch into a blooming floral fantasy. 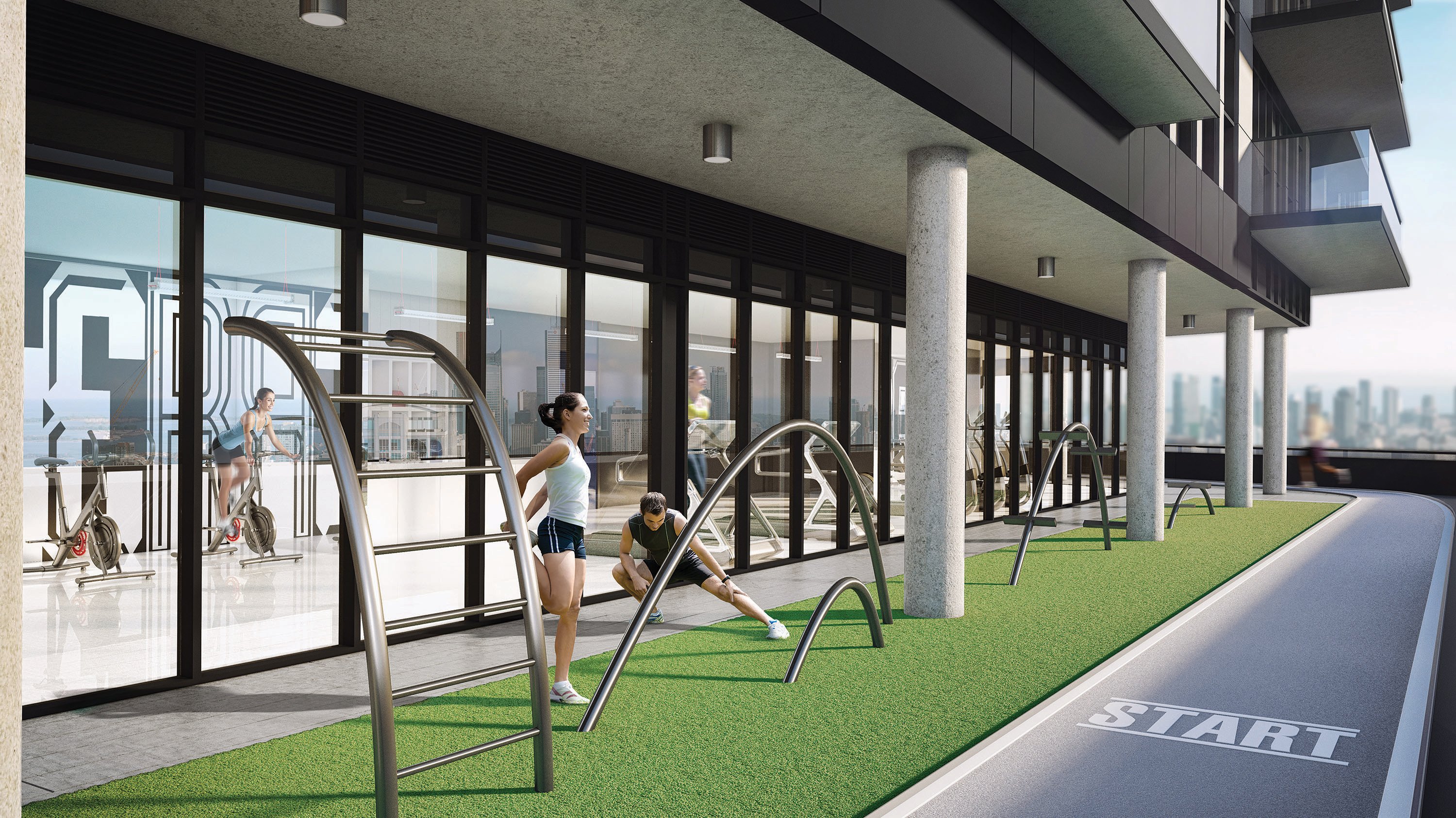 THE INDOOR/OUTDOOR GYM
The most picturesque running track in the city is on the fifth floor of the 159SW condo at Sherbourne and Wellesley, overlooking downtown and the lake. For warm-ups and cool-downs, there’s also an
outdoor fitness circuit. 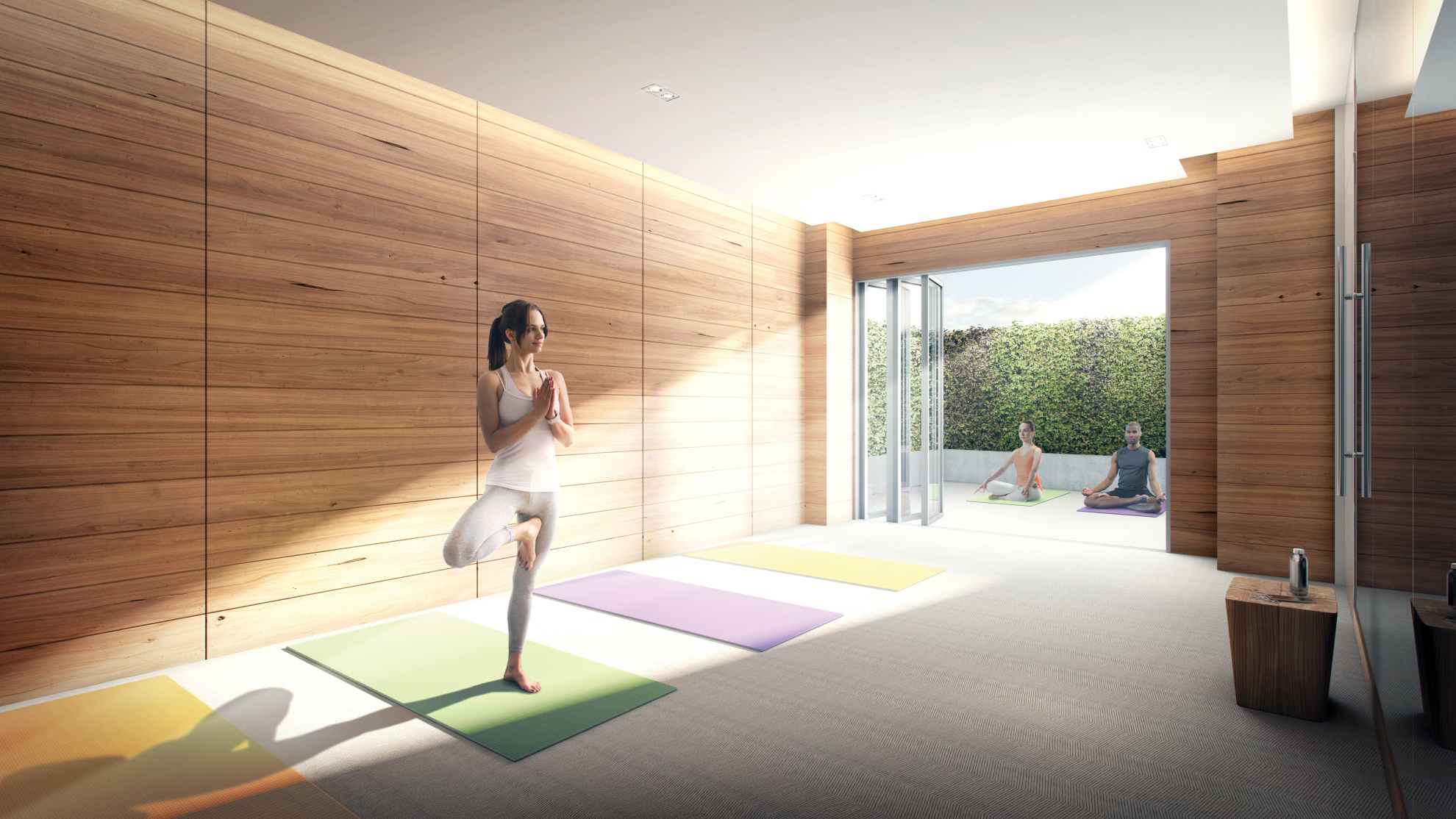 THE INDOOR/OUTDOOR YOGA STUDIO
The trans-seasonal Zen zone at Markham’s the Vanguard offers an indoor yoga studio that flows out to a tranquil open-air space in the summer. 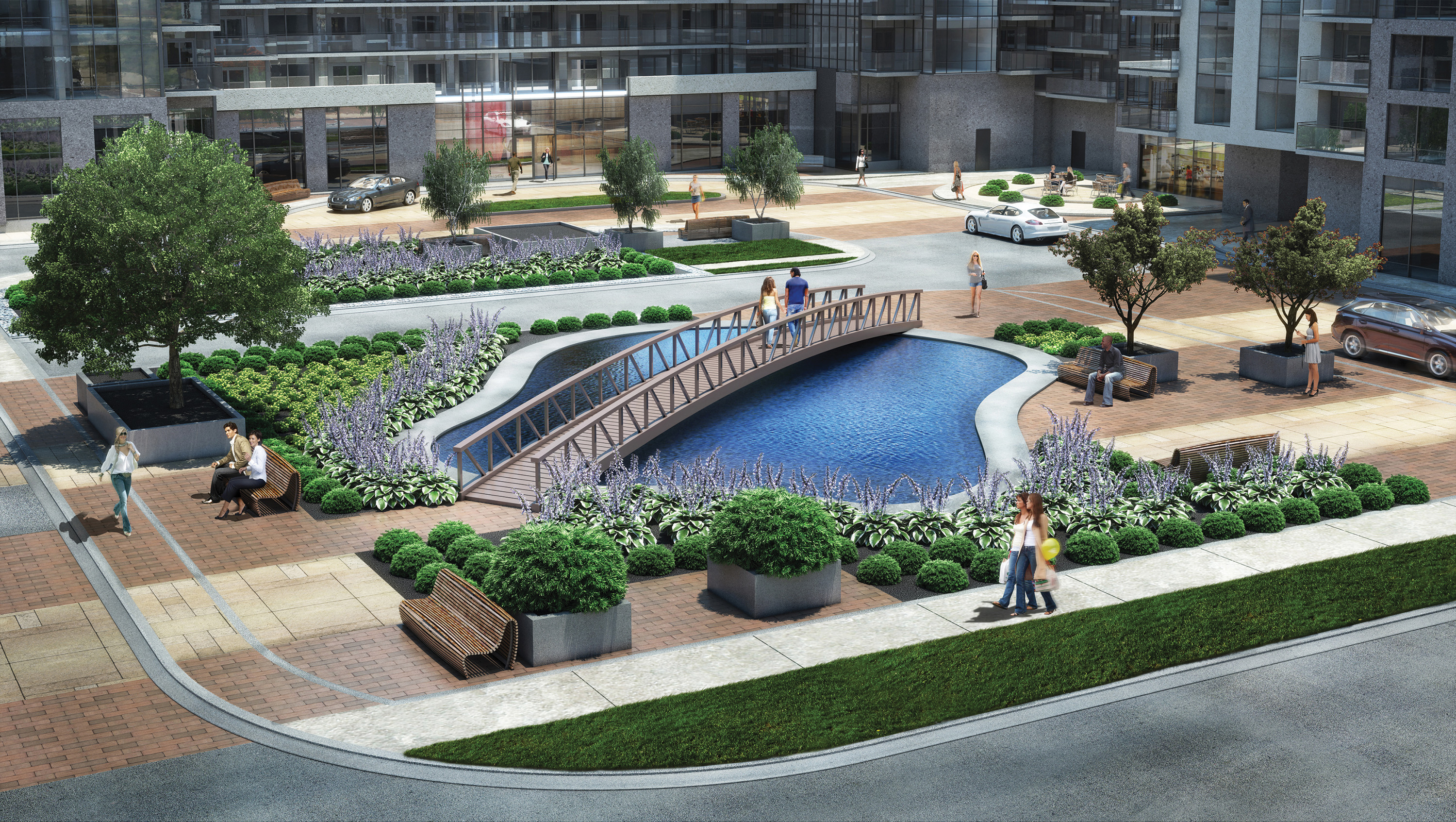 THE REFLECTING POOL/SKATING RINK
The pretty courtyard in front of the Scarborough condo Me2 features a reflecting pool topped with a romantic footbridge. But this is one outdoor amenity that gets even better in the winter, when the bridge is dismantled and the pond transforms into a skating area for residents. 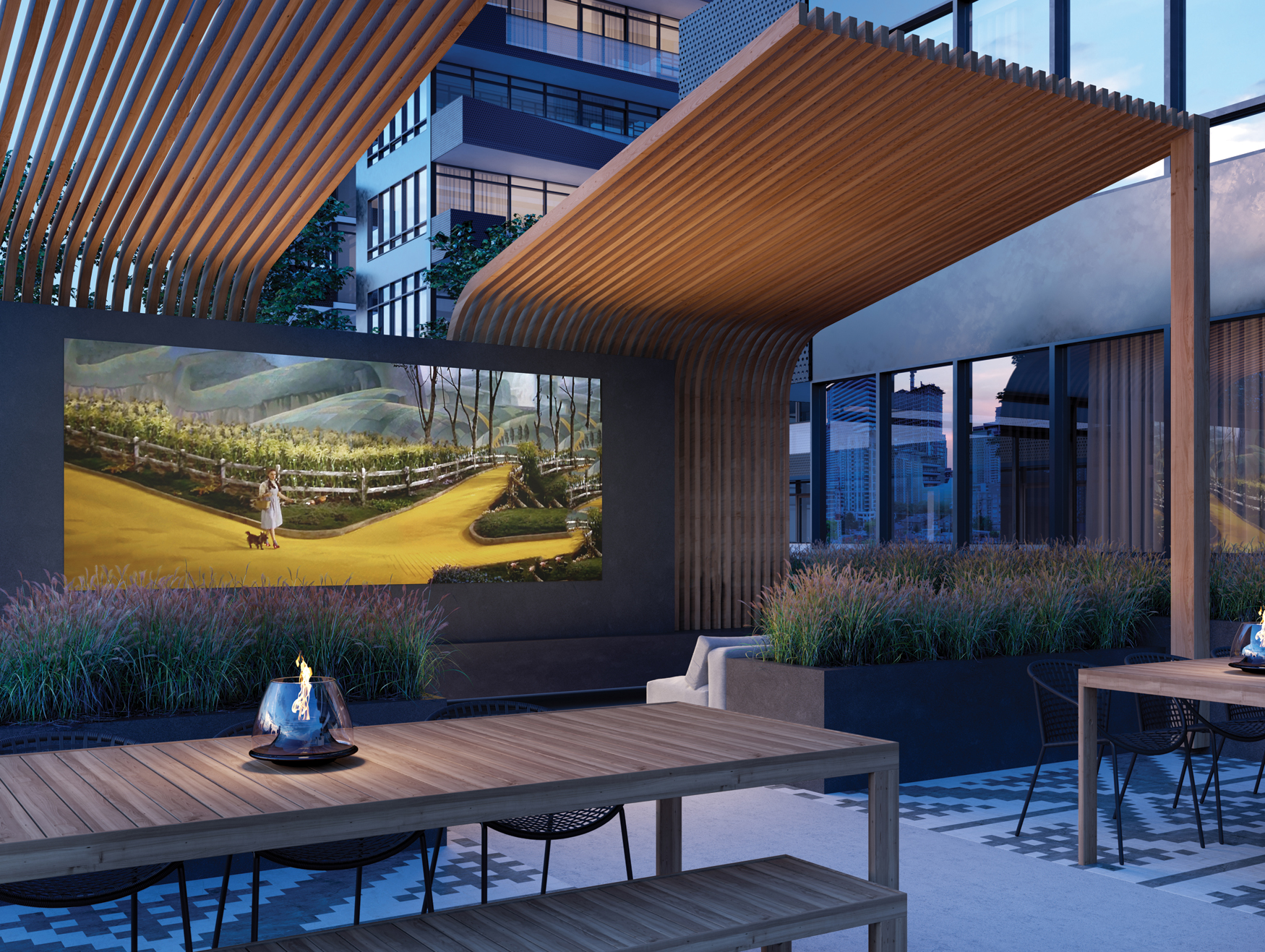 THE OUTDOOR CINEMA
Cineplex VIP may have recliners, but you still have to leave the house to get there. Line 5, a plush new development at Yonge and Eglinton, has its own rooftop movie theatre—surrounded by fire pits for autumnal screenings—along with an outdoor games area to distract the kids while you watch Once Upon a Time in Hollywood. 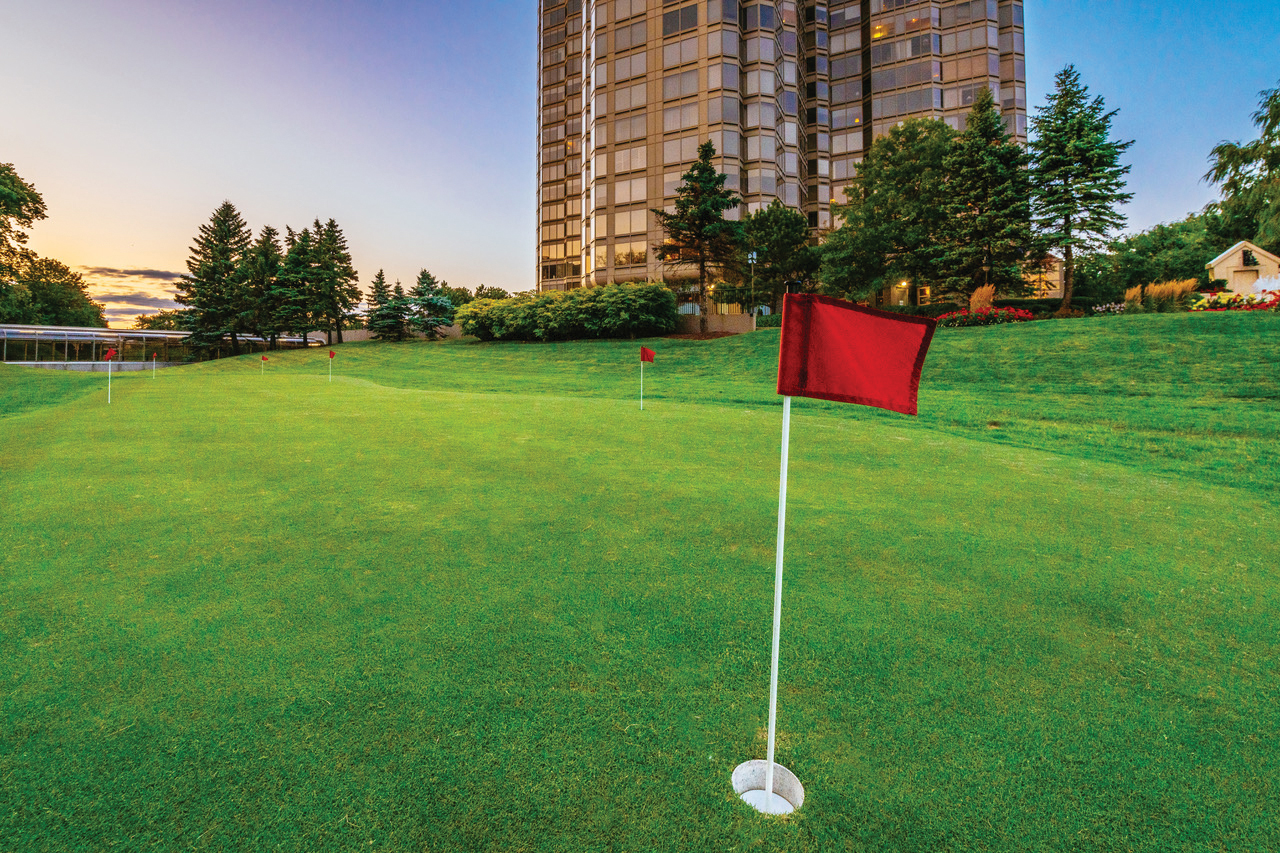 THE PUTTING GREEN
The residents at Palace Place in Etobicoke are serious about their golf: inside, there’s a private driving range, and outside, condo dwellers can avail themselves of a six-hole putting green bigger than many downtown Toronto parks. 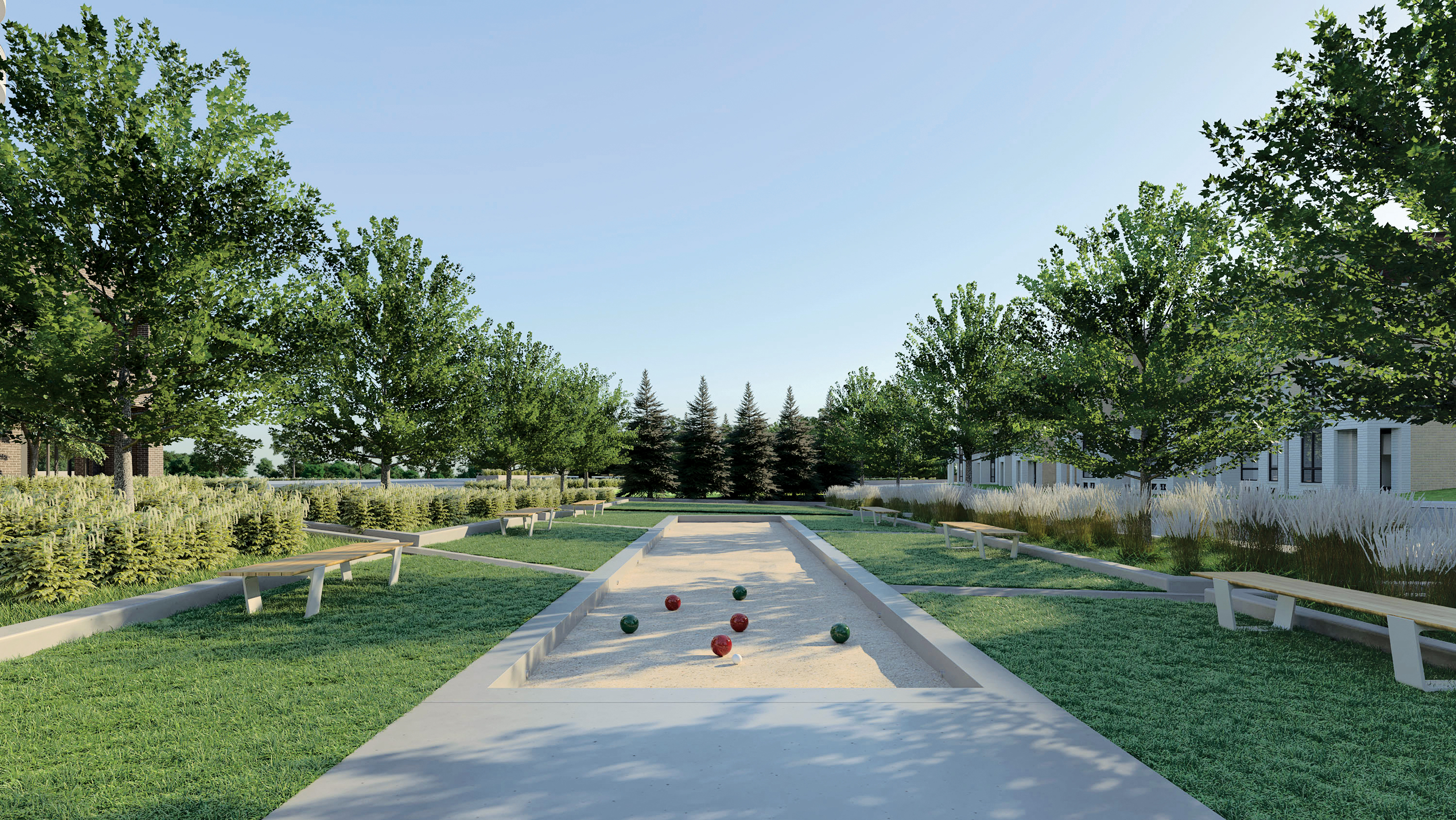 THE BOCCE COURT
Lawn games like shuffleboard and bocce ball, once the domain of cruise ships, have migrated to hipster bars and luxury condos. The shady court at Vaughan’s SXSW Condos holds its own against Royal Caribbean (there are also outdoor ping-pong stations and chess tables if you’re feeling really wild).