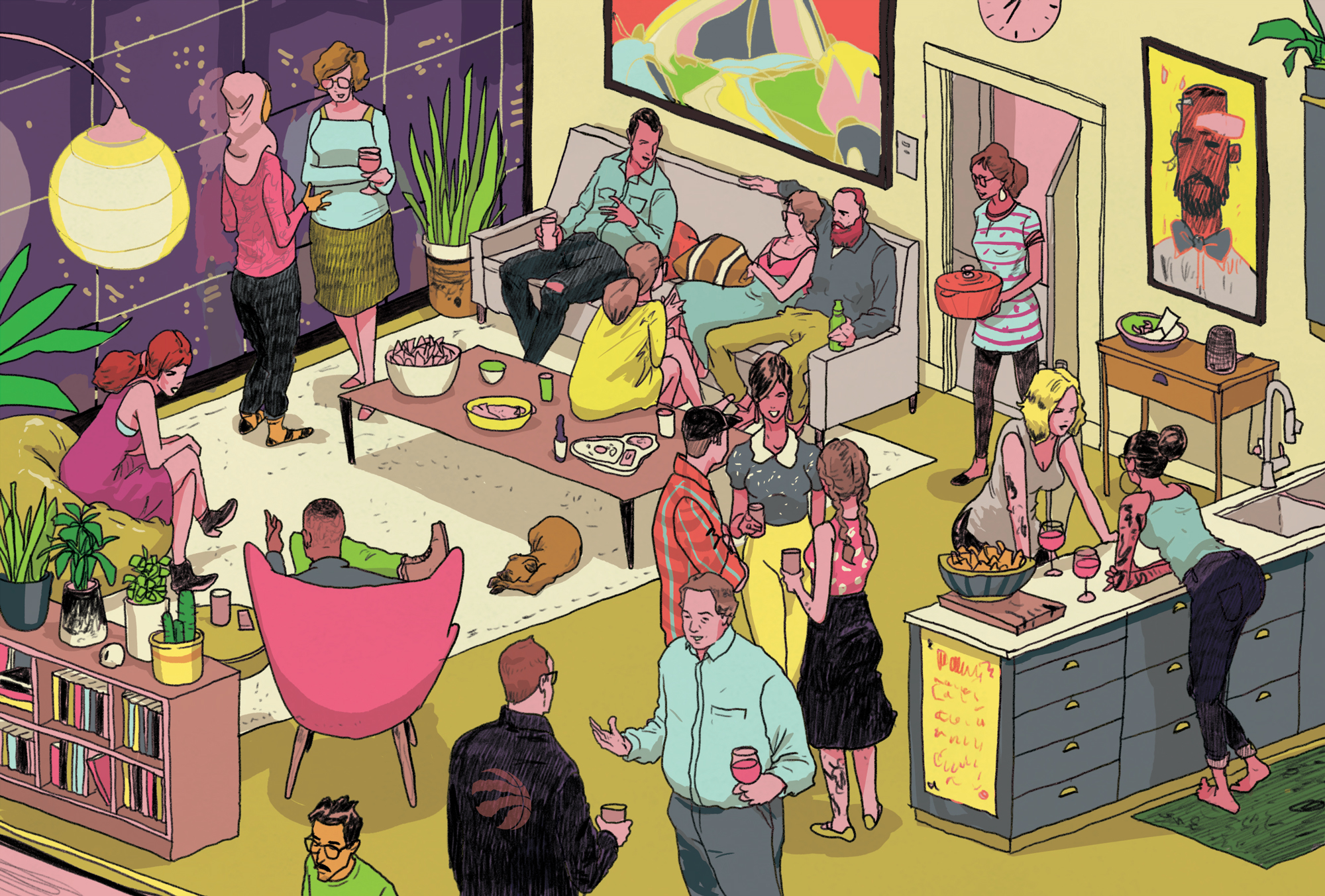 In 2008, I retired from my job as a department head at a North York Catholic school. My wife, Debra, and I began thinking about what to do about our five-bedroom home in Newmarket. Our sons, Paul-Alexandre and Jonathan, were still living with us while they were in school, but they’d be moving out on their own soon enough. It was obvious that we needed a smaller home, and ideally one closer to the city centre. But I was 55, and it was hard for me to imagine living in a condo tower like a 30-something. “You’ll never catch me living in a box in the sky,” I said.

My brother was living in the Candy Factory Lofts, near Queen and Shaw. “Let me show you my neighbourhood,” he said. We walked south of the train tracks, and that was when I saw Liberty Village for the first time. It wasn’t much at that point—just some townhouses, a Metro, a few other businesses and some construction sites. Even then, I could see the neighbourhood’s potential. It was a short walk to the lake. It had access to rail and bus lines. At the time, Debra was receiving follow-up treatment for breast cancer, and we wanted to be closer to the hospitals downtown. Grudgingly, I agreed that a condo was the best option.

We put down a deposit on a 1,000-square-foot, two-bedroom unit at 59 East Liberty, a pre-construction 24-storey tower near the east end of the village. We moved in four years later. A few weeks after that, we went to our first floor party. A resident with a large unit invited me and about 30 other neighbours to bring food and wine and socialize. There was lots of excitement, because everyone had moved in and we were all on this journey together. I was the oldest person in the room.

One young fellow gave me a strange look. He said, “What are you doing at this party?”

And I said, “Well… what are you doing here?”

We laughed. I’d made a friend.

These parties became a tradition. Several times a year—but especially near holidays—residents would open their doors to neighbours and host get-togethers. I kept showing up and was quickly welcomed into the fold—although I never joined my new friends when, at 11 p.m. or so, they’d all decamp to a nightclub.

A year after we moved in I ran for the condo board and became active in the community. I was a founding director of the Liberty Village Residents’ Association and started approaching local businesses to partner on events.

Before long, I noticed that my circle of acquaintances was starting to expand in interesting ways. The building was packed with artists and businesspeople. At one floor party in our building, one of the attendees was an actress I recognized from TV. Debra and I became good friends with her and her husband. When Debra threw me a surprise 60th birthday party a few years ago, she invited everyone from the building. For a while, Nick Nurse, the Raptors coach, lived in the building with his family, and I occasionally chatted with him in the elevator. After the team won the championship, and before Nick moved out into a house, the residents bought him a bottle of Dom Pérignon.

It has now been seven years since we first moved into the area, and my retirement has evolved beyond my expectations. Liberty Village is a vertical neighbourhood now, and moving here was the best decision we’ve ever made.