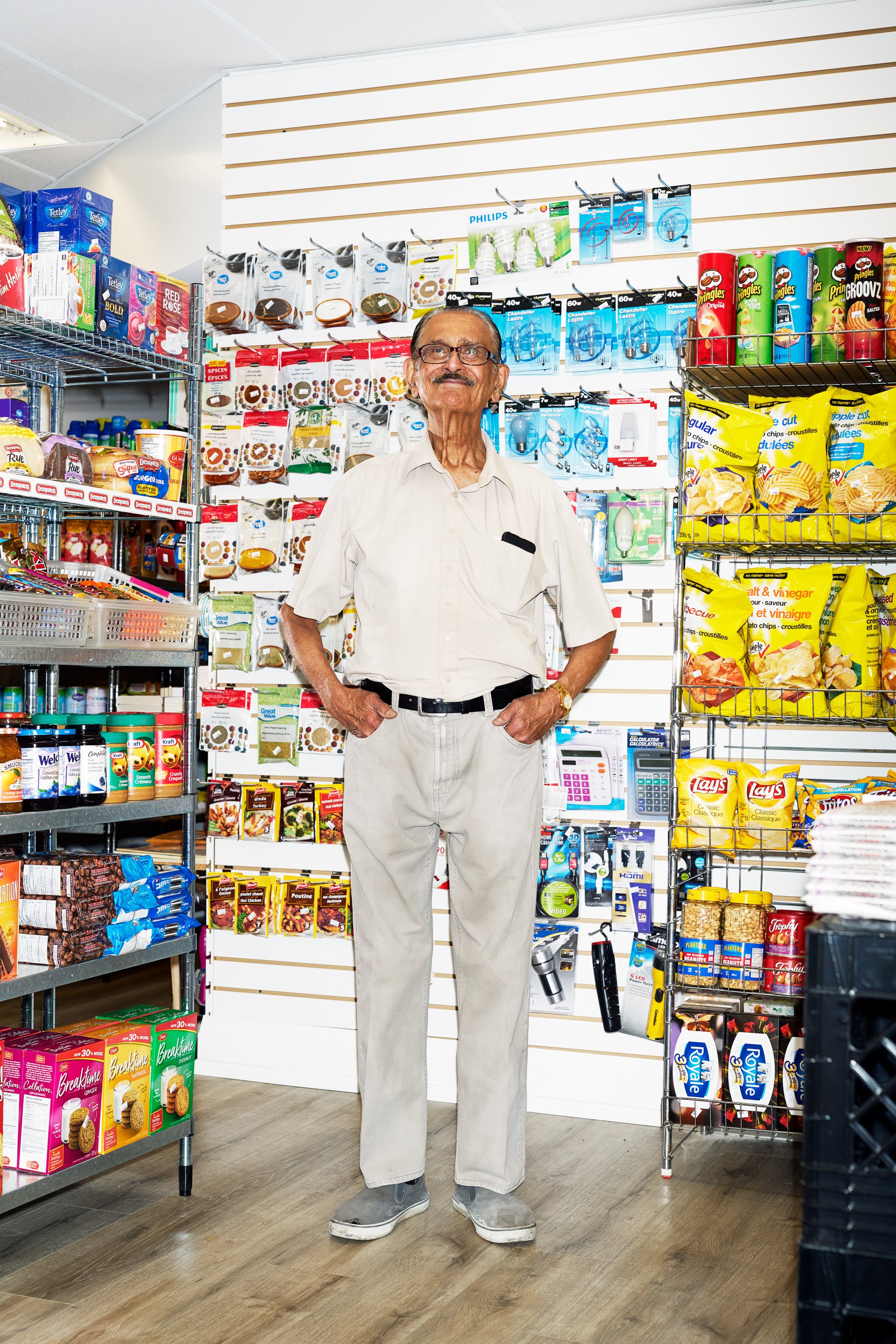 On march 15, 1978, I opened the Butler’s Pantry Tuck Shop on the ground floor of Applewood Place in Mississauga. It was the same year the building opened. At that point, only about 100 units had been sold. So there was no grand opening. No balloons. Just me selling everything from pasta to paper clips.

Today, there are more than 300 units in the building. I still sell everything. My shop is 625 square feet and stocks over 1,200 items. If a customer is old or sick and needs something from my shop but can’t leave their place, I’ll get it for them. I’ll deliver it to their door. And if it’s something I don’t have in stock that day, like a certain fresh fruit, I’ll still go get it for them. I’ve braved minus-40 weather, snowstorms, you name it, to find items I don’t have. But I’ll do it. I’ll say, “No problem. I’ll get it for you.” And I mean it. I love helping people out.

I’m 82 years old now. Other people volunteer at the hospital to stay young, but I work here. That’s how I stay active. I still stock the shelves. I haven’t gained a pound since I opened over 40 years ago. I still wear the same vest to work. Even if I’ve stayed the same, though, the grocery business has changed.

When I opened my shop, I was the only store around that had late hours and didn’t close on Sundays. Now there are 24-hour supermarkets. People get organic food delivered directly to their door. I can’t compete with that. So I don’t stay open late anymore. I close Sundays and holidays. My busiest day now is Thursday when I put out coupon flyers for nearby stores; everyone loves to come look for deals.

Many of my friends who had stores in condos or apartments have now closed down. They can’t turn a profit. But I’ll never retire. I don’t need luxury. Give me the basics and some people to help, and I’m happy.

I believe that when we die nobody will care what religion we were—whether we were Muslim, Hindu, Christian or any other one. They’ll only care that we helped people in our community. That’s what I do every day. So as long as I can run this store I will. I’ll keep going. I want to die with my shoes on.