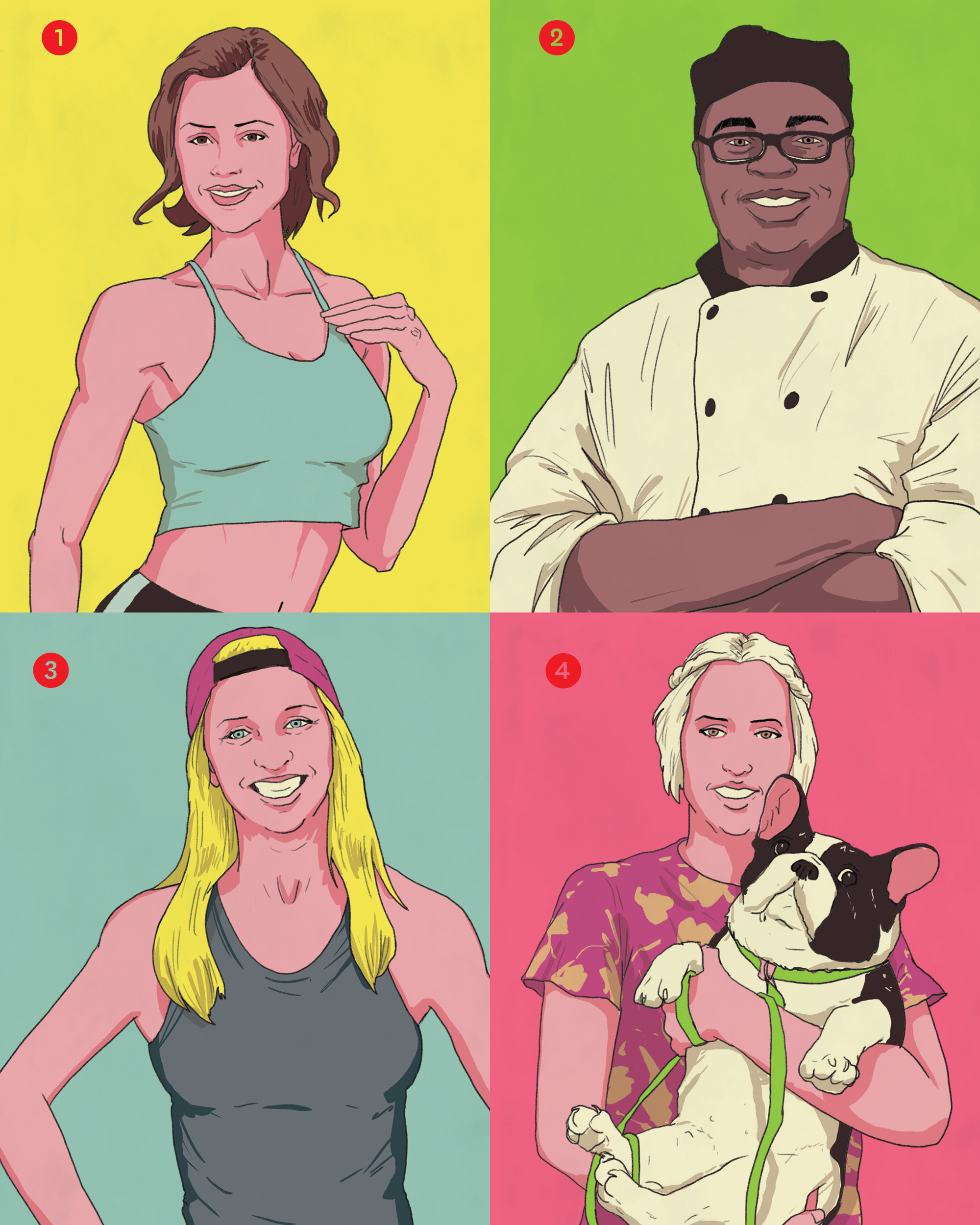 Five years ago, Ivana Krunic, an ex–GoodLife trainer, began working as a supply teacher. She started training clients in her condo gym to make extra cash: there’s no commute, so she can schedule back-to-back sessions when she’s not teaching. She specializes in high-intensity interval training, which helps clients stay in shape while pushing their limits. Most of them live in condos nearby.

Gabe Mensah cooked in restaurants and hotels across the GTA before breaking out on his own as a personal chef. Now he caters everything from candlelit anniversary dinners to raucous bachelor parties. His neighbours have capitalized on having a classically trained chef in their midst: Mensah has hosted baby showers, birthday parties and even a sushi class in his condo’s party room.

In 2013, Heather Gardner launched Tribe Fitness in an effort to bring her neighbours together. She led 500 free workouts in her first two years, mostly populated by CityPlacers who had heard of her through social media and word of mouth. She’s since opened her own studio, but she still hosts free yoga sessions at the Bentway. More than 100 people usually attend.

4. THE DOG WALKER
Kelsey Edwards, 29
Liberty on the Park

Kelsey Edwards didn’t know dog-walking was a job until she ran into a walker shortly after moving to Toronto in 2013. Edwards, who has two dogs of her own—Sadie and Frankie—started helping out with her neighbours’ pooches. Her hobby soon blossomed into a full-time business, fuelled by word-of-mouth recommendations and advertising on the Liberty Village Facebook group.