When Norm Merkosky first moved to Palace Pier 14 years ago, the tennis court was always empty. Then just a casual player, Merkosky would tack his name to the building’s bulletin board, looking for game partners. Nobody ever answered. So, two years later, when he retired, he started a tennis club. In the first year, the club had only 15 members. Now it has nearly 90, plus 20 kids who they sponsor. Players of all skill levels compete across 13 ladders in both singles and doubles, playing a grand total of 200 matches every summer. Not only do they challenge other clubs to tournaments, they host one for former professional and NCAA players. “I used to call it an exhibition match,” Merkosky says. “Every year we’ve gotten a little more ambitious, though. Now we call it the Palace Pier Invitational Tournament.” 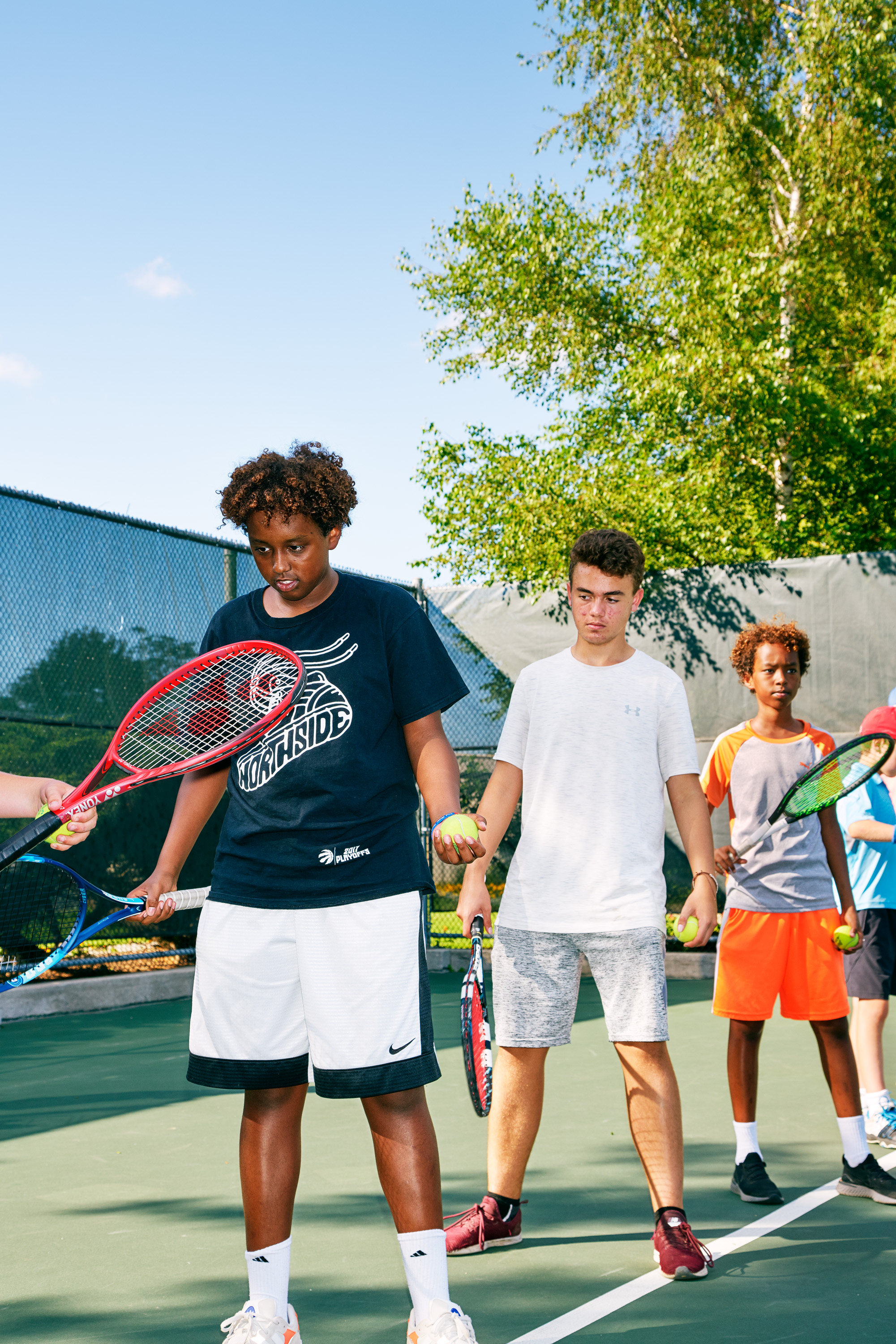 Members don’t only gather to play tennis. One committee member, Carol Mitchell, says it’s her whole event calendar. Tennis club members have travelled together to Wimbledon, the U.S. Open and the French Open—each writing about their trip in a section of the group’s newsletter dubbed “Palace Pier Tennis Goes International.” Others share their travel photos in a WhatsApp group. Back home, members who can’t make it to Wimbledon gather to watch the finals on a big screen and eat a posh British snack of tea and scones with strawberries and cream. 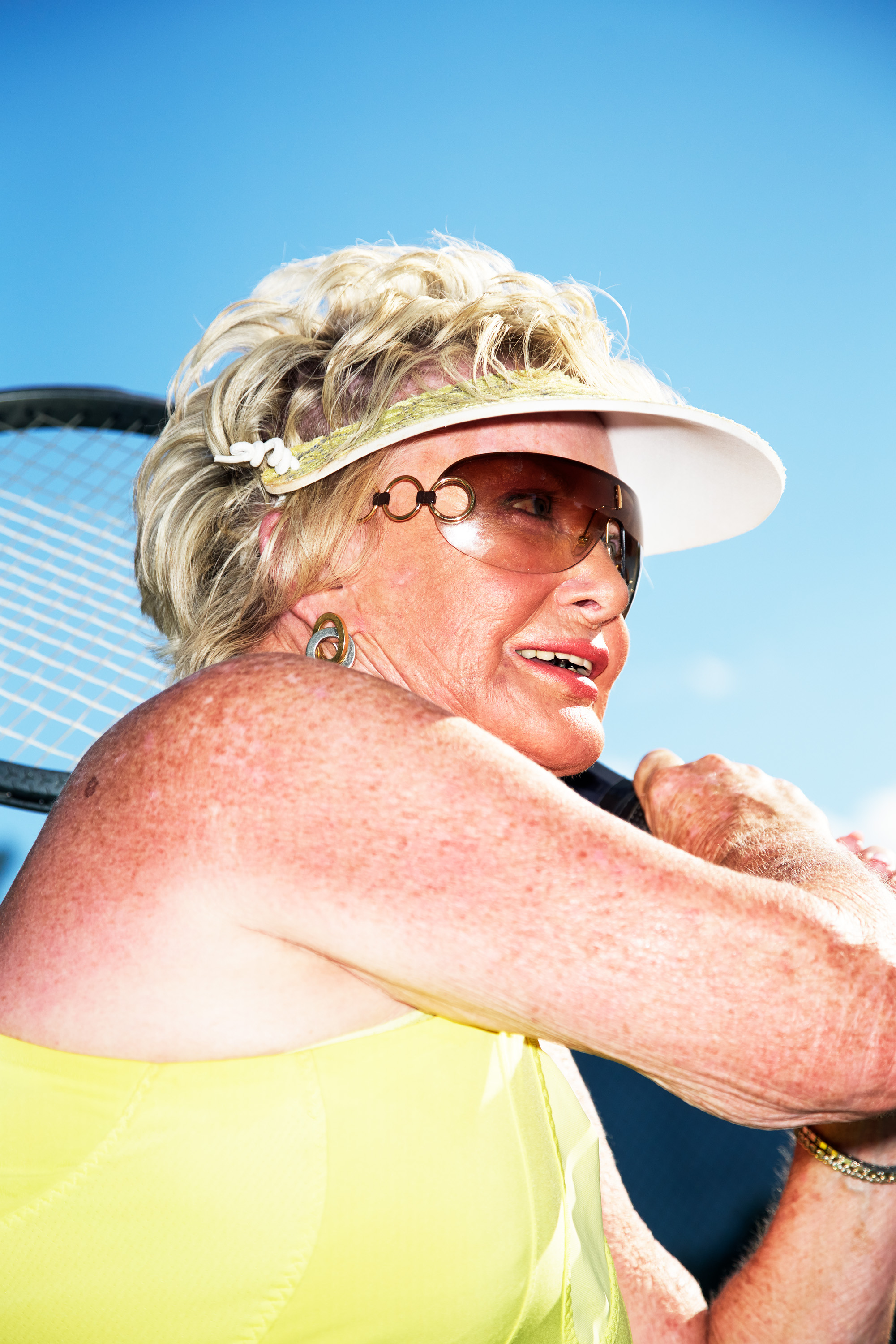 Even swankier: about 20 club members travel to the Rogers Cup every year in a stretch limo. “This year, I saw Serena,” says Jackie Burns, who also runs the club’s junior program (she, her husband and their two children all play tennis at the Pier). “Age doesn’t matter,” she adds, reflecting on all the friends she’s made though the club. At a wedding she attended recently, both bride and groom were tennis club members. So, too, she realized, were half the guests. When others asked how she knew the couple, she responded that they play tennis together, and then gestured to everyone around her. “We all play tennis together.” 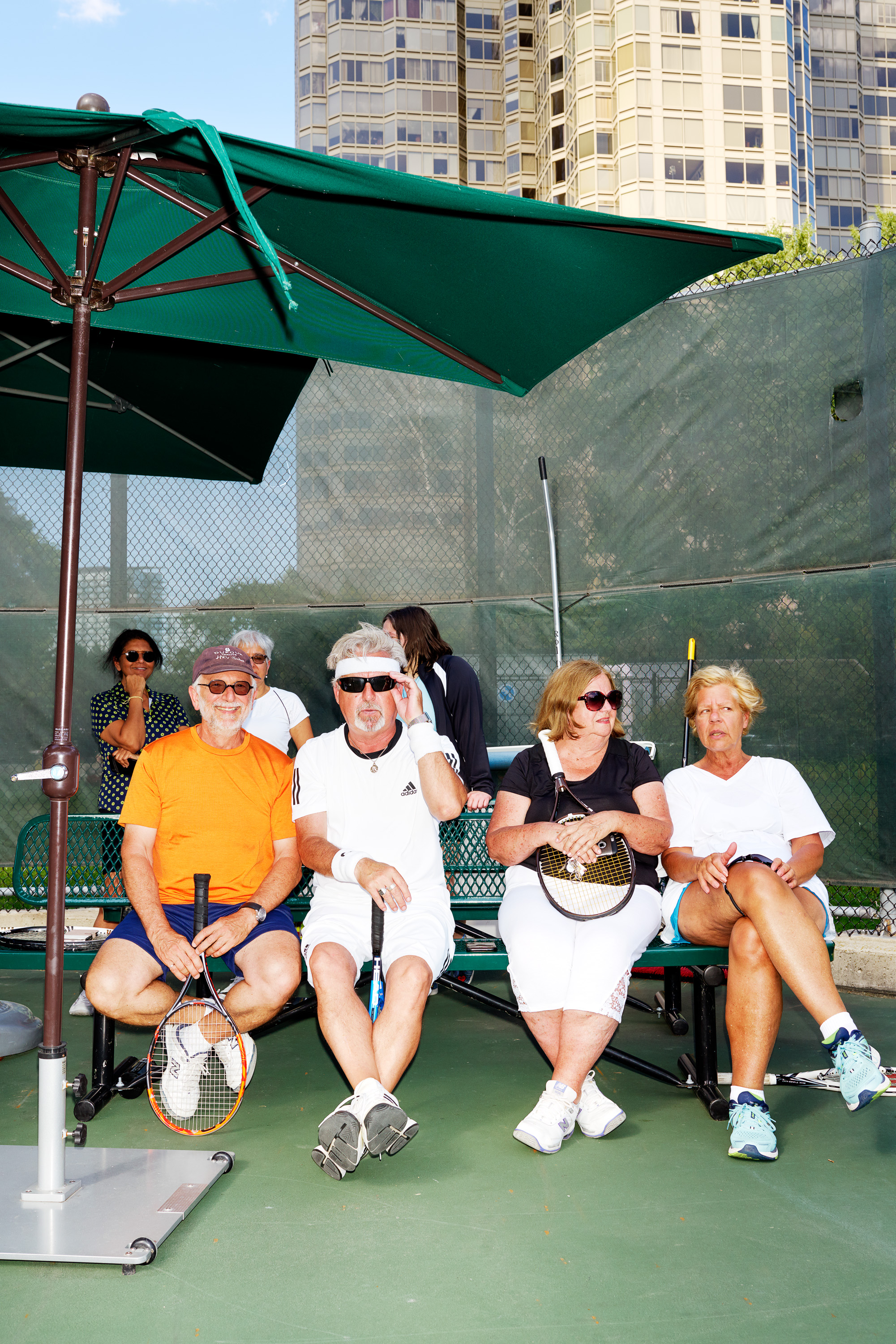