What’s on the menu at Giulietta, chef Rob Rossi’s Italian follow-up to Bestellen

What’s on the menu at Giulietta, chef Rob Rossi’s Italian follow-up to Bestellen

After shuttering Bestellen last June, Rossi kept himself busy overhauling the menu at L’Unità at Avenue and Davenport. During that time, he bonded with Minicucci over their joint love for, well, food. The duo decided to embark on a North American food tour with the goal of eating their way around some of the continent’s top Italian eateries, along with a few other multi-starred joints. “I grew up Italian and I always wanted to have a beautiful, simple Italian restaurant,” says Rossi. At Giulietta, the food “is a lot lighter [than Bestellen’s], there’s a lot less butter—it’s as light as I could cook Italian food.”

Beverage director and sommelier Toni Weber (Alo, Canoe) has designed a menu of easy-sipping cocktails made with obscure Italian spirits you won’t find at the LCBO. The Giulietta Spritz, for instance, is made with Bèrto Aperitivo, a spirit distilled in Turin, Italy. Weber wanted her guests to enjoy a light alcohol cocktail while perusing the menu and then to move onto wine with the food. “We have a lot of customers who don’t drink any more, but still want to go out and eat and have the full restaurant experience,” says Weber, who’s also spent a long time creating the menu’s three elaborate alcohol-free cocktails. A third of the wine card is Italian, with the majority of the remaining bottles hailing from Old World producers.

Architect Guido Costantino was hired to reimagine Bestellen’s 80-seat room. The room has been brightened and modernized, but the original terrazzo floors remain. Rossi and Minicucci bought much of the restaurant’s silverware, copper pots and decorative baubles on an antiquing adventure to Buffalo. 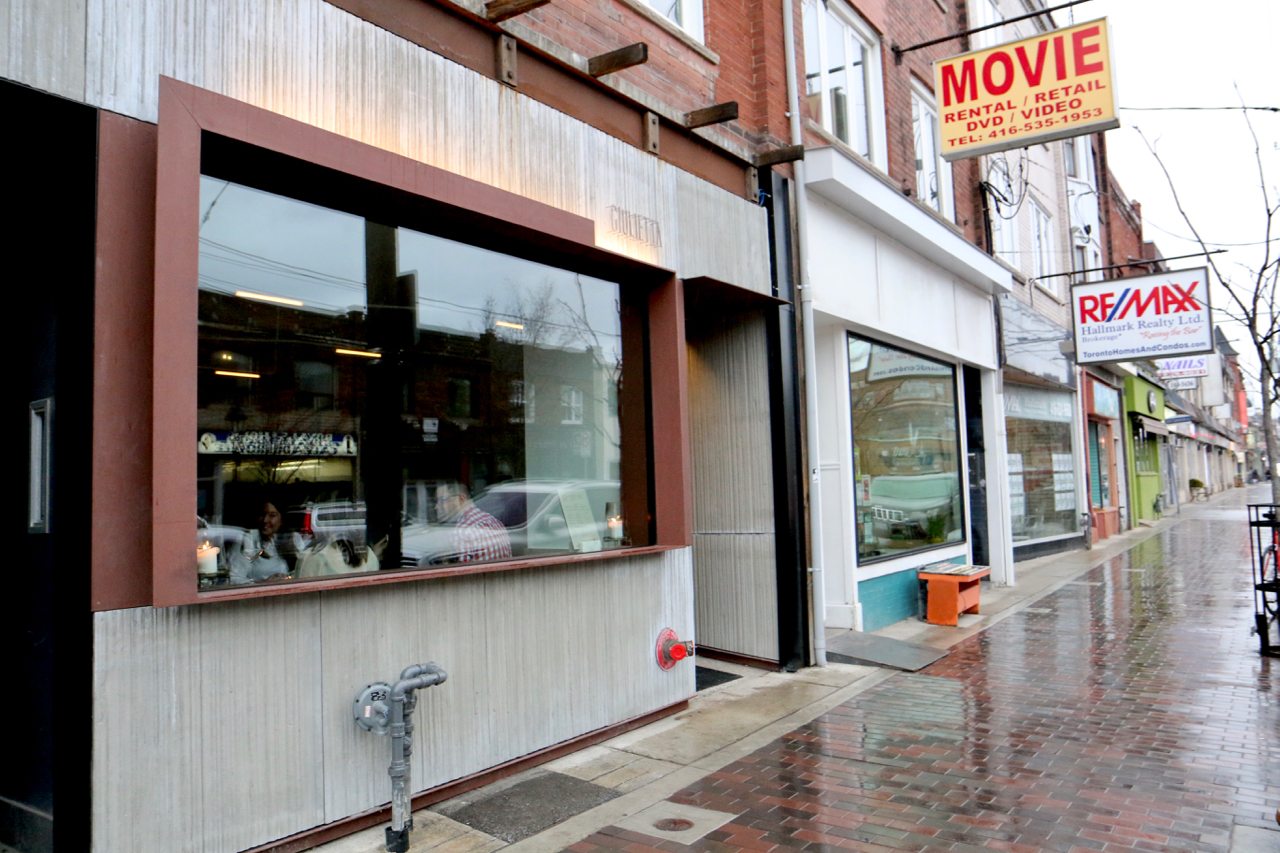