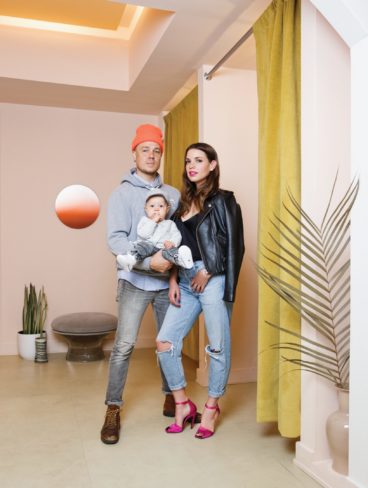 When Justin and Meg Broadbent connected at a Toronto house party in 2009—or reconnected, actually, since they’d originally met in high school—he had his multidisciplinary-artist uniform down: jeans, white T-shirt, statement accessory (like a big gold dad watch) and plenty of paint flecks. She favoured clothes that telegraphed her high-powered lawyer job: pencil skirts, Helmut Lang blazers and four-inch heels. The intervening years together have brought marriage, a baby—Fox, short for Foxley, after their favourite ­restaurant—and an evolution in one of their aesthetics. “Justin’s style hasn’t changed at all,” Meg says. “But now I live in leather leggings and low-cut shirts that are a little sexier, but honestly it’s for breastfeeding convenience.” Fox gets animal-ear hoodies and high-tops from Mini Mioche, but his exhausted parents aren’t investing much in new clothes right now. “I got a cool jacket from Topman and lost it in the airport,” Justin says. “As a sleep-deprived parent, you leave everything behind.” 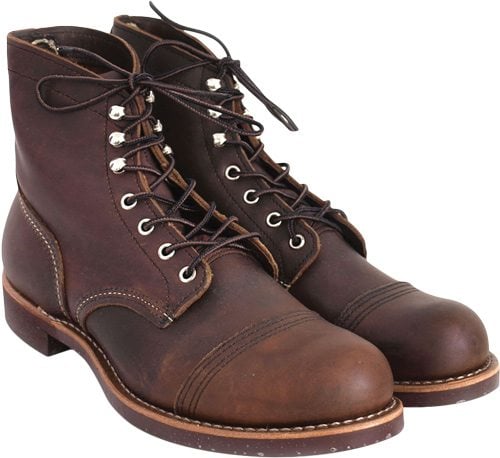 Red Wing boots
Justin: “You can dress them up or down. I wear them with everything. I’ve had them for 10 years.” 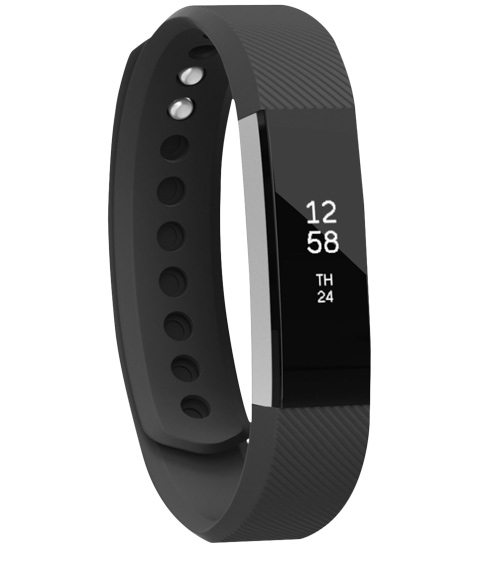 Zebuu Turkish towels
Meg: “These towels are so beautiful. We have a couple of big ones for park hangs at Dufferin Grove.”