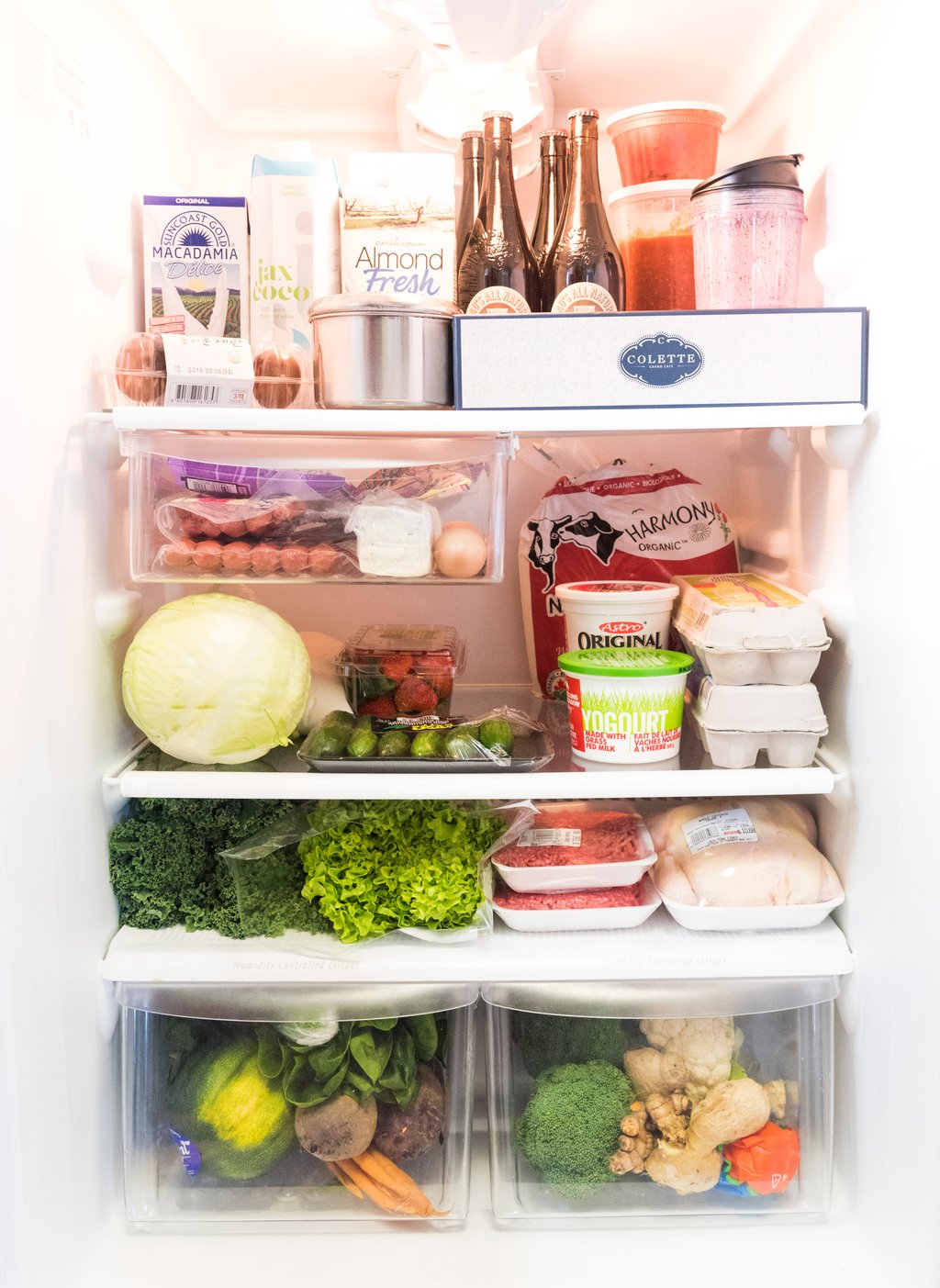 Chefs Michael and Leslie Steh are one of Toronto’s culinary power couples. Michael is the executive chef for the Chase Hospitality Group (The Chase, Kasa Moto, Colette Grand Café), and Leslie is Colette Grand Café’s executive pastry chef. The two met while working at Canoe in 2000—Michael was the saucier, and Leslie was training on pastry. A few days after she left for a new job at Biff’s, Leslie popped back over to Canoe (she had forgotten her hat). As she was leaving, Michael forced his hand between the closing elevator doors and asked her on a date. Sixteen years and two kids later—Harry, 5 and Charlotte, 3—they’re still working together. 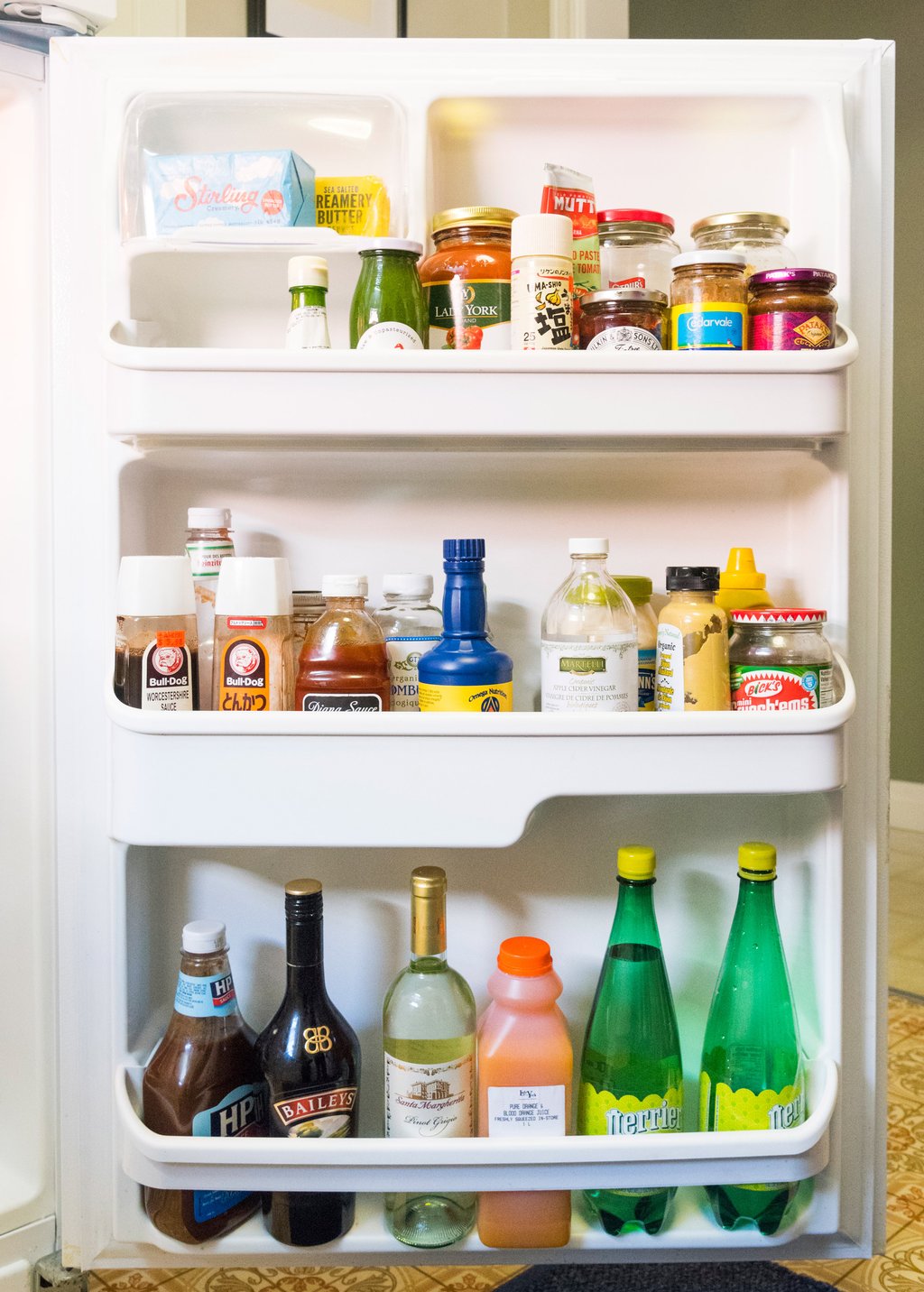 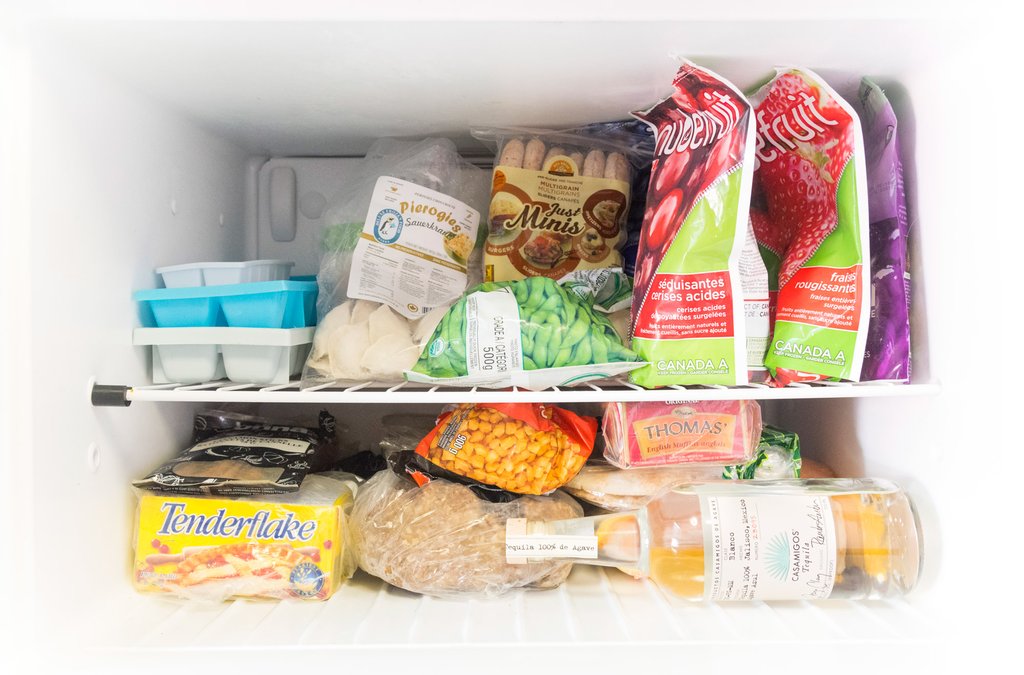 A year and a half ago, the couple sold their three-storey Corso Italia home and moved a few kilometres north to a new house in Fairbank. The kitchen is pint-sized, but Leslie’s grown to like it. “I don’t miss granite countertops; laminate is so much warmer,” she says. She does, however, miss her Wolf range. Their current stove is a carbon copy of the one Michael’s parents had when he was growing up. Although the burners sometimes blow, the couple isn’t planning on getting a new one any time soon. “If we get a new one, we’ll have to change the floor,” explains Leslie. “They match.” 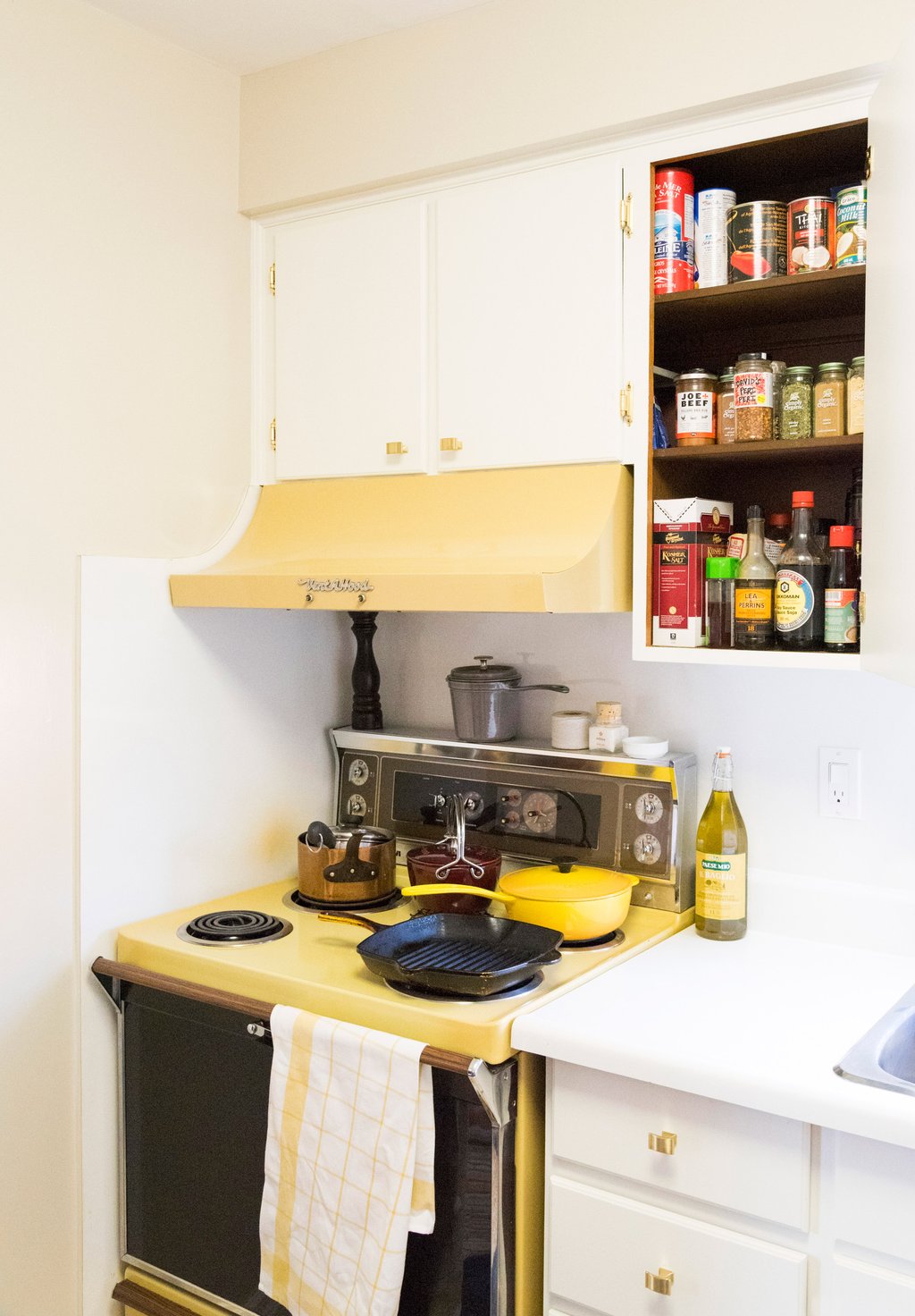 This mandoline slicer was made by Michael’s grandfather for his grandmother:

The Kitchen-Aid mixer has seen better days. Harry gave it a makeover with stickers. He also stabbed it with a screwdriver:

And here are some of the couple’s favourite cookbooks: 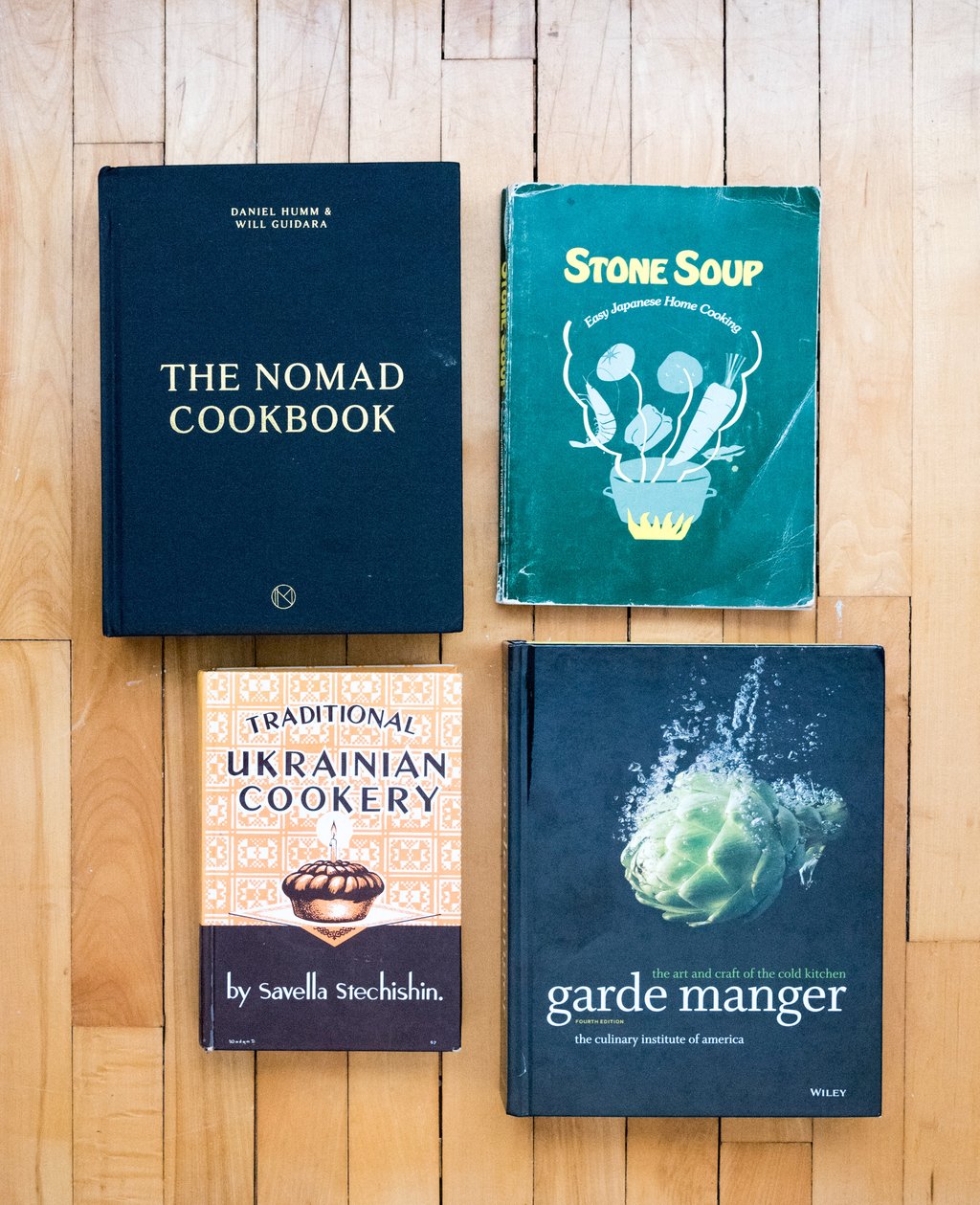 The house was wrapped in mature muscat grape vines, so last autumn the family picked two bushels of fruit and made 60 litres of grape-apple cider from their garden haul (the apples came from a family friend’s farm). They inherited the winemaking tools from the previous owners, an older Italian couple that loved to make wine and age meat:

In the summer, the Stehs host a weekly Sunday barbecue with an open invite to all family members. Michael’s obsessed with his barrel smoker:

Harry’s absent from the family photo because he had more important things to do. Like be at school:

Just a few of the things it’s stocked with: Tim Tams, Korean tuna, foie gras and hot sauce, of course