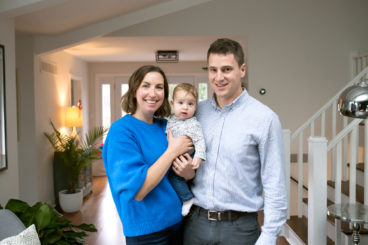 They gave up on Toronto and headed for Burlington. Part three in our series on the middle-class migration

Who they are: Karin Archer Myles, 35, a hospital administrator, Brendan Myles, 35, a mechanical engineer, and their children, Isla, 8, Emmelene, 6, Beckett, 3, and Viève, eight months

Where they lived in Toronto: A three-bedroom semi in the Upper Beaches

Where they live now: A five-bedroom detached in Burlington 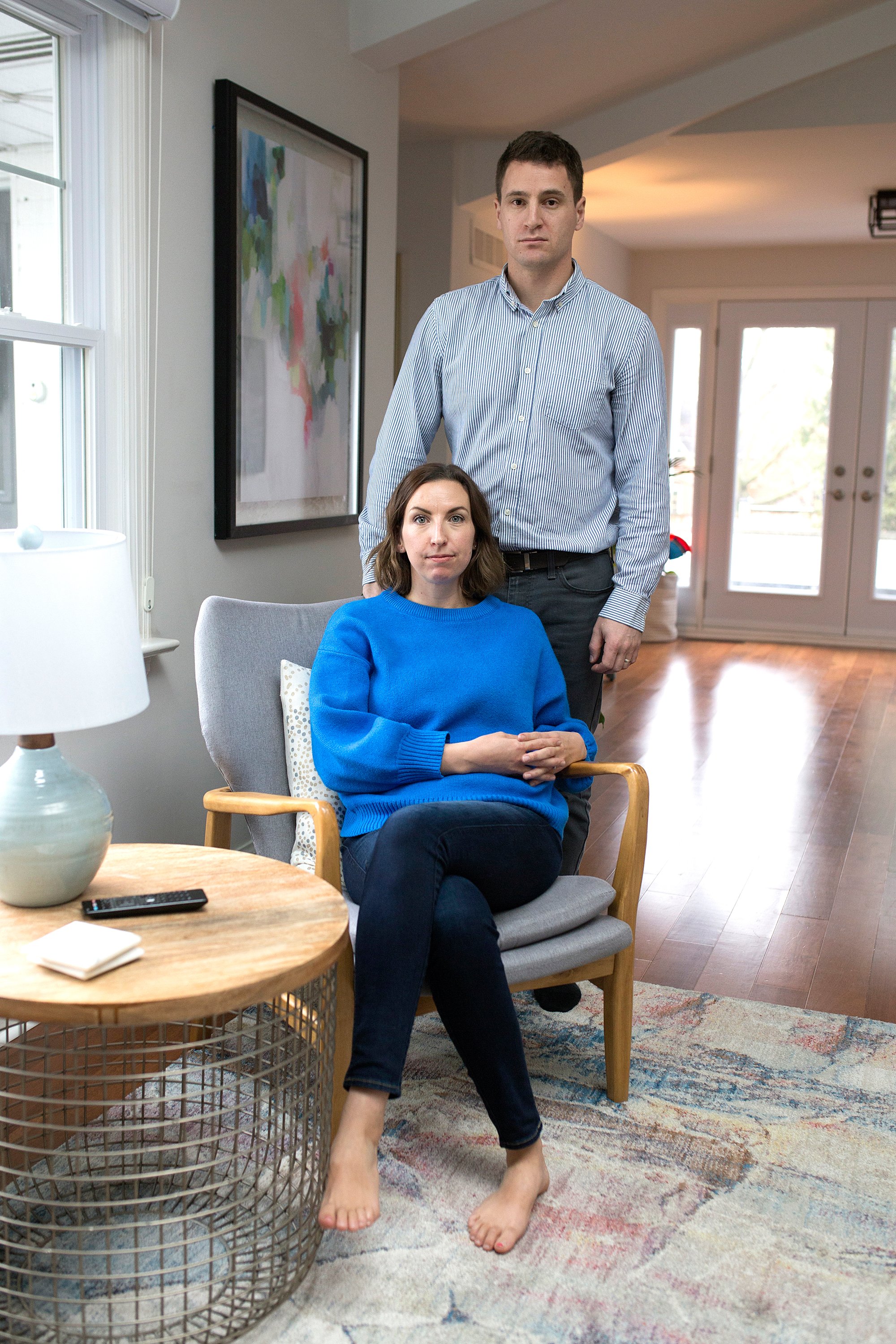 Karin: We were in the Upper Beaches for nine years. We bought our three-bedroom house in 2008, for $420,000. The area was wonderful—we made lots of close friends. In 2011, we had our first daughter, Isla, and two years later we had Emmelene. Our priorities began to change.

Brendan: At first, everything was great. We got a dog, and we lived that typical Beaches life. Every day, I commuted to my job in Mississauga, where I work as a mechanical engineer. I would leave at 6:20 a.m., and the kids would still be asleep. I would try my best to leave the office by 4 p.m., but my responsibilities kept growing, and Toronto traffic kept getting worse. When we were pregnant with our third child, Beckett, in 2017, we started looking for a bigger house in the neighbourhood. We wanted a three-bedroom detached that could accommodate an additional bedroom by building up or back. We bid on three houses that were on the market for around $1 million, and lost out on every one.

Karin: When a very mediocre semi one street over from us sold for more than a million dollars, we had a moment of reckoning with Toronto. We asked ourselves: what is this city offering us that we can’t get somewhere else? 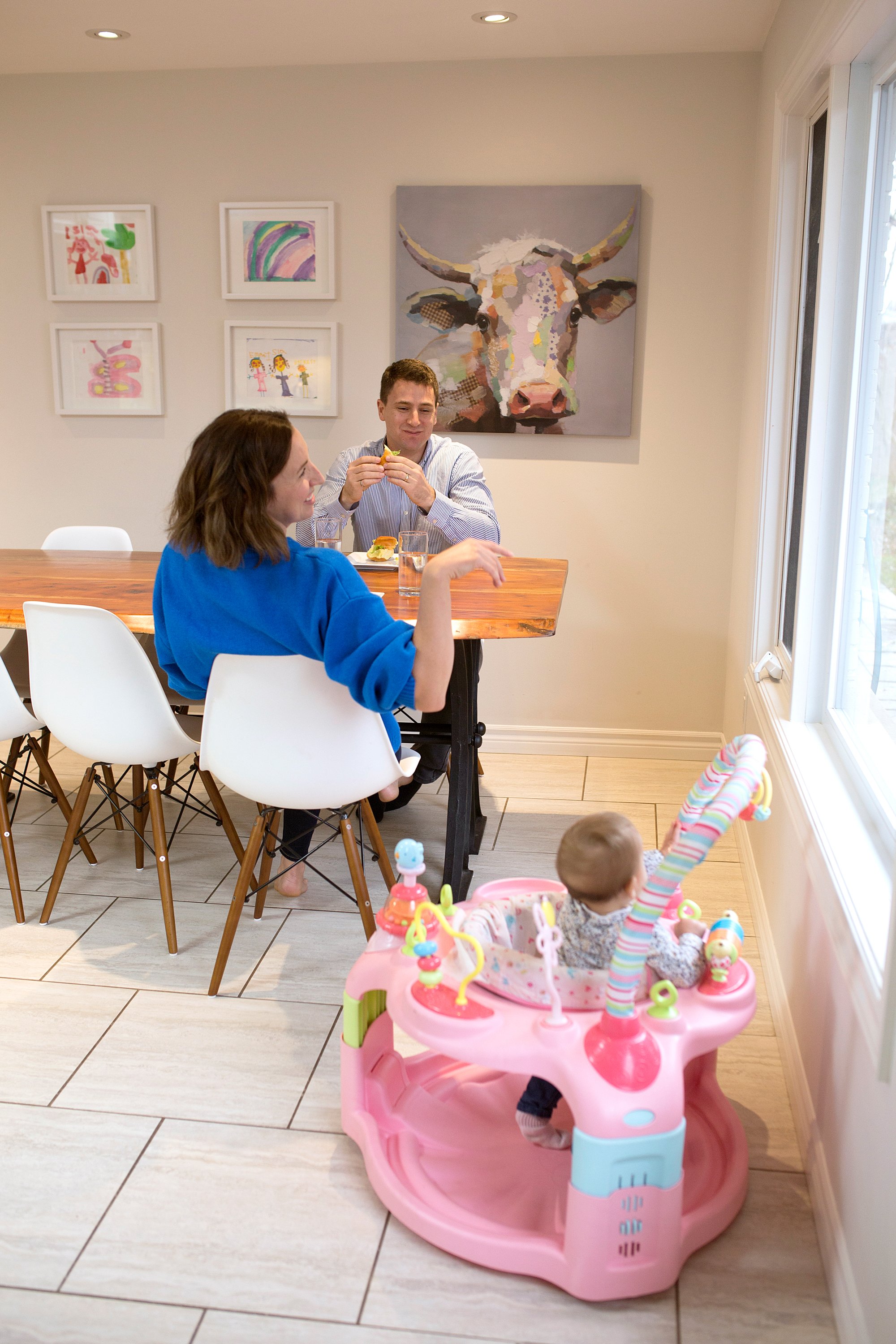 Brendan: We had friends who lived in Burlington and had visited on weekends, and their life seemed so much less complicated and cramped. We got a realtor, and she brought us to Aldershot to look around.

Karin: Aldershot had 100-by-100-foot lots and maple-tree-lined streets, and it seemed like its own small town within Burlington. There were beautiful parks and trails nearby. I could picture the kids outside on the street riding their bikes without worrying about cars.

Brendan: In March 2017, we put an offer on a four-bedroom, three-bathroom detached on a corner lot. The backyard was enormous and had a big play structure with three swings. The interior needed an update—the bathrooms needed to be redone and there was carpet throughout the second floor. But it could accommodate an extra bedroom, which we’ve added. It was listed at $1.2 million, which was the high end of our budget. To our surprise, we got it for $1.03 million, and there were no other offers. We immediately put our home on the market, and it sold for $1.12 million. By avoiding Toronto’s land transfer tax, we ended up saving a lot. 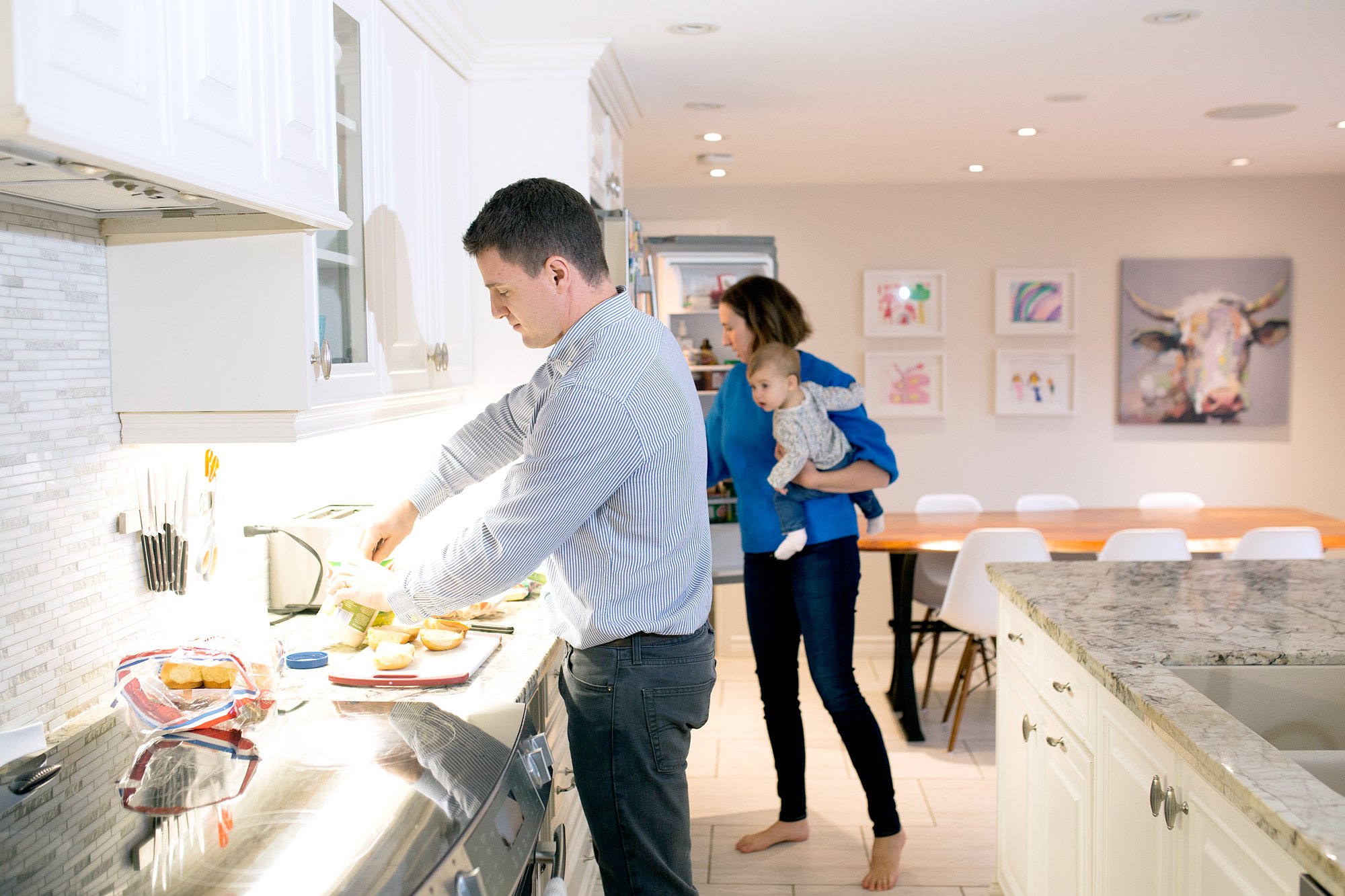 Karin: It’s been nearly three years now, and Burlington feels like home. The funny thing is that all our new closest friends are also Toronto transplants. I’m on maternity leave now, and when I go back to work, I’m starting an eco-conscious party supplies company, which I’ll operate from home. Brendan has a new job closer to Burlington. His commute isn’t quite as good as mine, but it’s much better than it was in Toronto. It now takes him 15 minutes to get to work and 25 to get home.