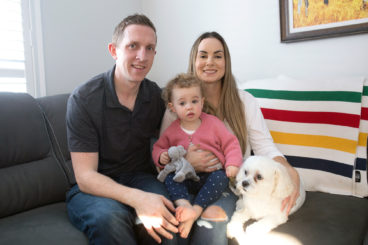 They gave up on Toronto and headed to Innisfil. Part five in our series on the middle-class migration

Who they are: Stephen Sheridan, 33, a police officer, Ashley Sheridan, 31, a sales and marketing coordinator for a recruitment firm, and their daughter, Rowen, 1

Where they lived in Toronto: A one-bedroom rental in Leslieville

Where they live now: A three-bedroom detached home in Innisfil 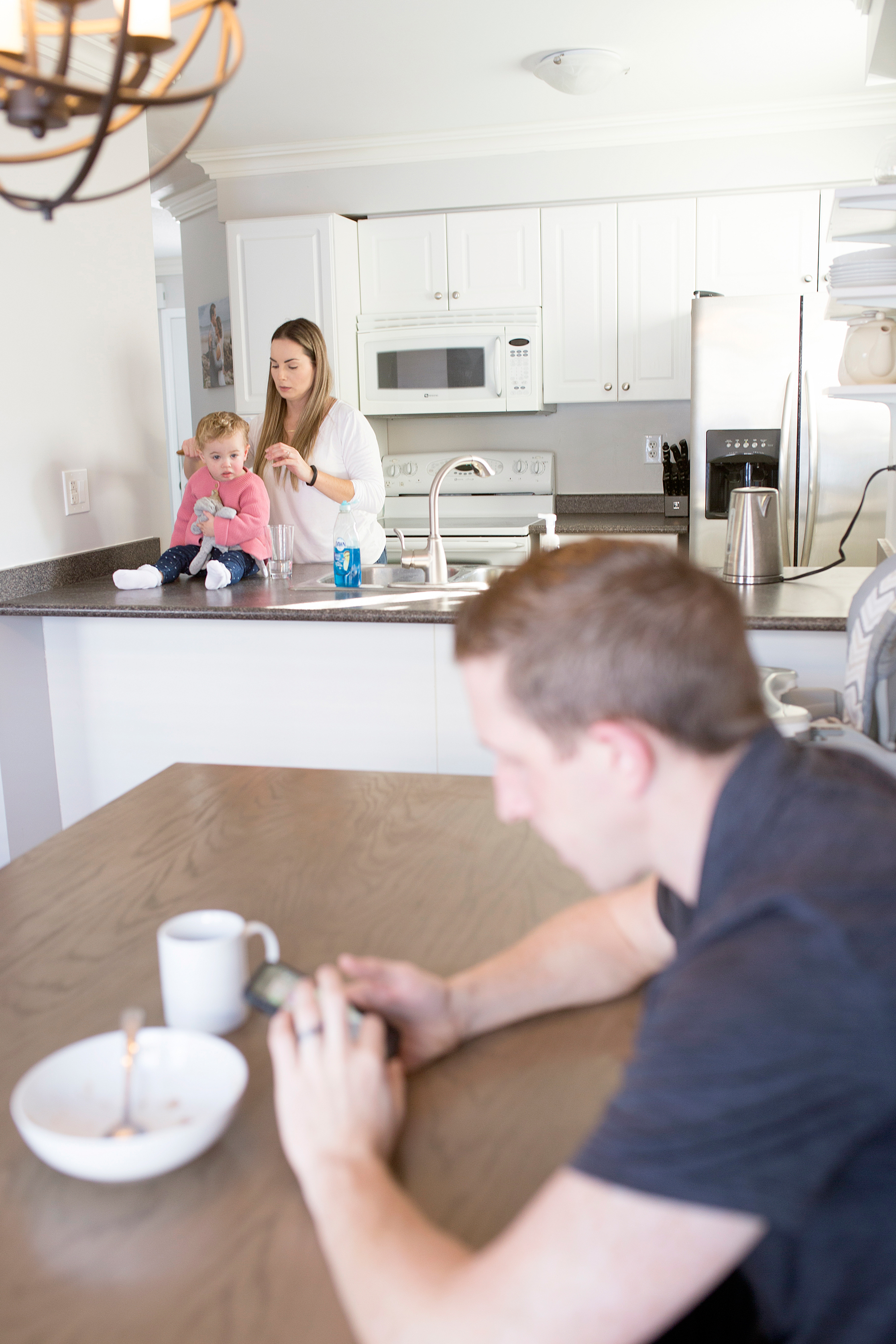 Stephen: Ashley and I were living at Queen and Carlaw when I landed a job as a police officer north of the city. My commute was unreasonable. It was fine when I worked the day shift—I’d leave at 5:30 a.m. and get to the station around 7 a.m. But coming home, particularly during rush hour, could take up to two hours. That was pretty tough, especially after a 12-hour shift.

Ashley: Before Rowen was born, we looked into either renting a two-bedroom condo or buying a one-bedroom-plus-den. We wanted to stay in Leslieville because that’s where all our friends were, and we didn’t want to uproot our lives. But two-bedroom condos were renting for $2,400 a month, which was more expensive than a monthly mortgage payment.

Stephen: I didn’t want to buy a condo if we could spend the same amount for a house a bit farther afield. We wanted a yard, as well as room for guests to stay over. To get a three-bedroom house with two bathrooms within our price range—$450,000 to $500,000—we had to look about an hour’s drive north of Toronto. 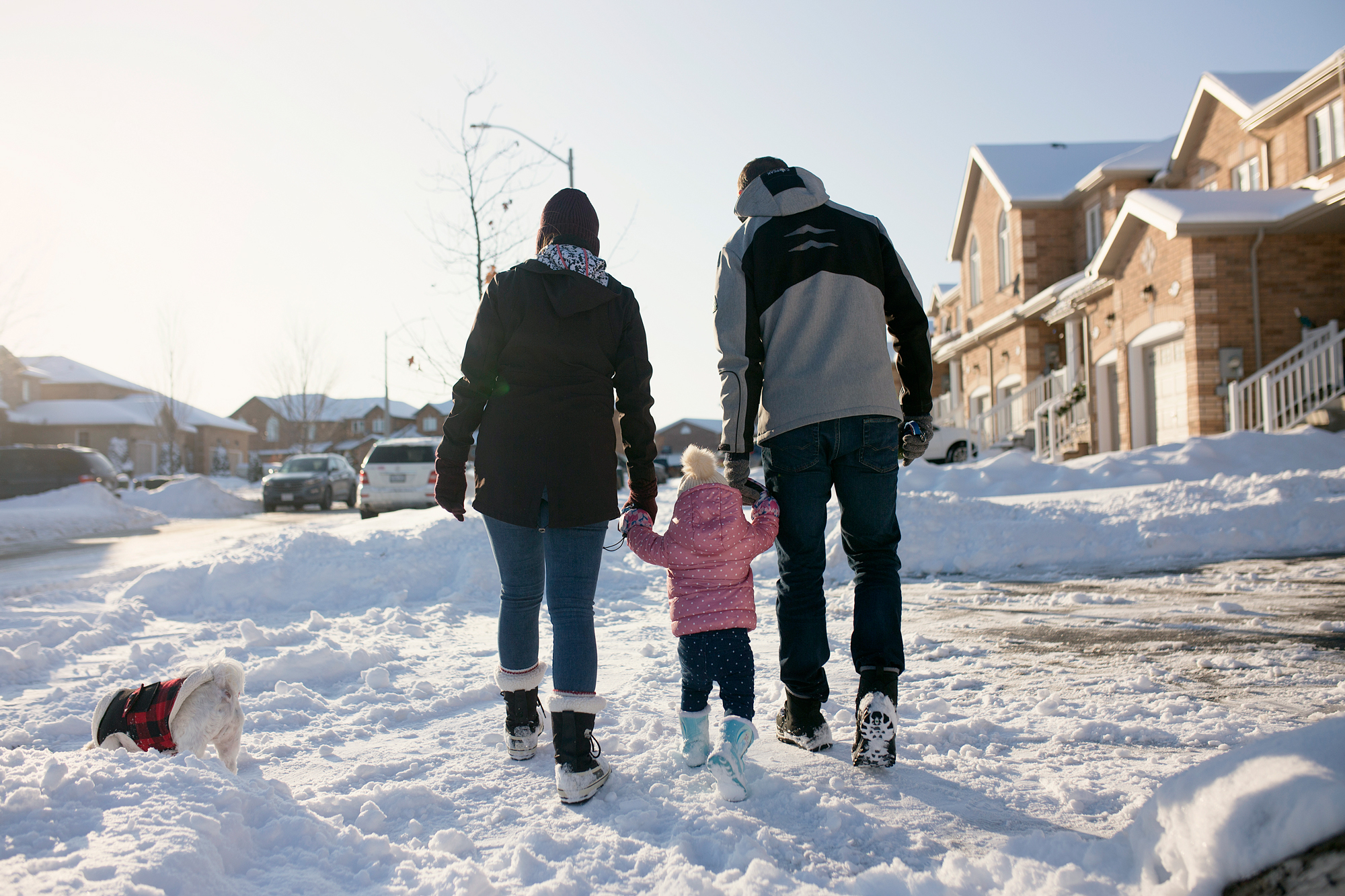 Ashley: If we were going to move away from all our friends, the area had to be close to a lake and some shops. We only have one car, and Stephen drives to work, and I didn’t want to be stranded at home all day. In June 2018, we found a three-bedroom home in Alcona, a small community in Innisfil. It was 1,275 square feet with a yard and was within walking distance to a Starbucks, LCBO, No Frills, Canadian Tire and Lake Simcoe.

Ashley: We don’t get to see our Toronto friends and family as much, and that’s a challenge. When we moved up here, we didn’t know anyone in the area, but that’s slowly changing.

Stephen: The GO Train runs to Toronto, but we find it doesn’t suit our schedule very well. We’ve been keeping busy by going to the beach and the lake in the summer, and Blue Mountain is only 45 minutes away. 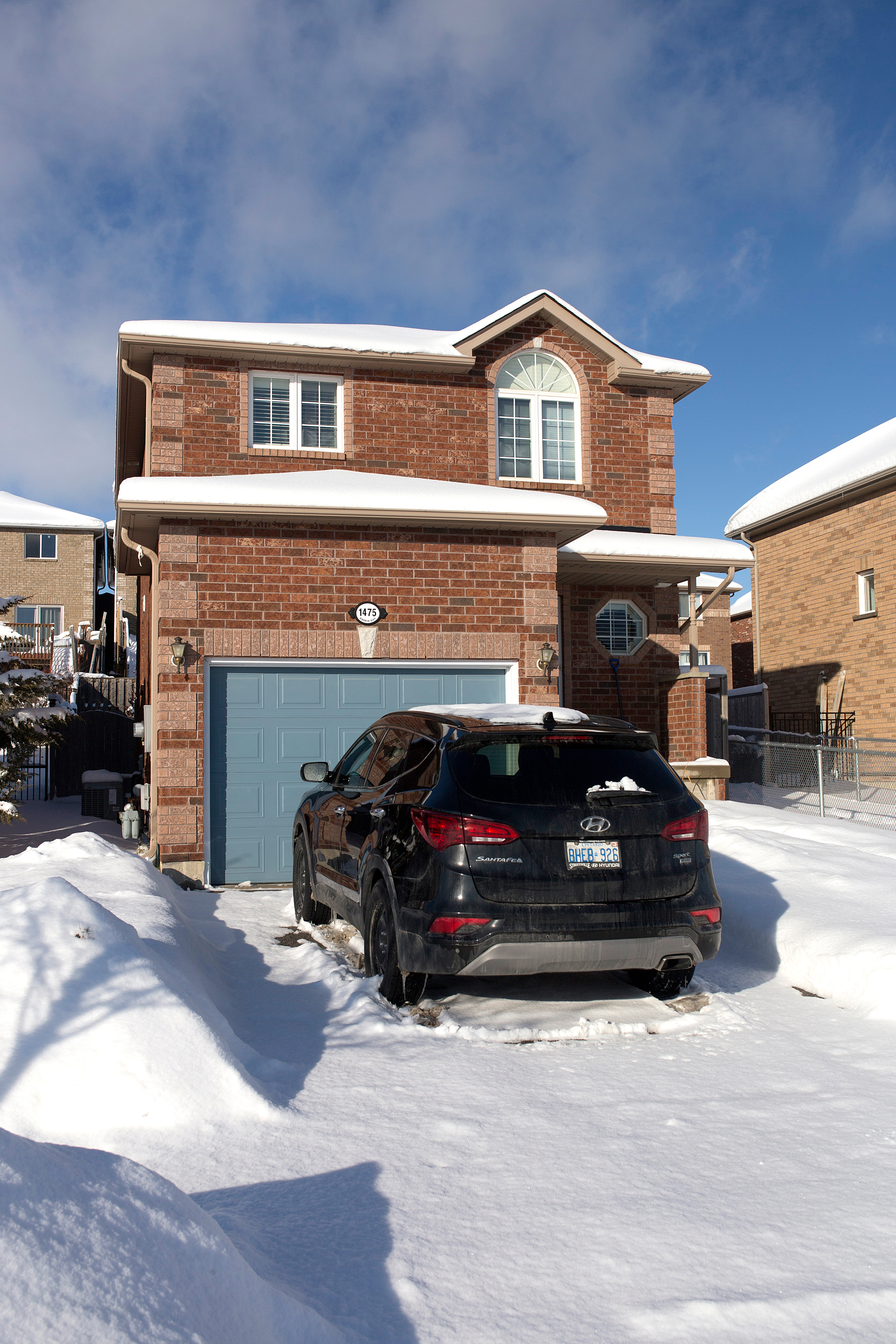 Ashley: We do more family-oriented things here, and less going out at night. In the fall, we went to a pumpkin patch and it wasn’t packed! It’s not like there aren’t family things to do in Toronto, we just never did them. When we tried, it was just madness navigating the crowds.

Stephen: We spend $550 to $600 a month on groceries, which is a little more than in Toronto—I guess it costs to transport food from Toronto. My commute is shorter, so gas is cheaper—around $250 a month. We put the savings toward memberships to play places for Rowen, and we’ve put some away for travel.

Ashley: I’ve met some moms at the local library, where they host a lot of programming for newborns and preschoolers. I made a really good friend through an Innisfil moms’ Facebook group.

Stephen: The move was an adjustment, for sure, but we’re happy with our decision. We’re actually looking to move into a bigger house in the next five years, and we’ll probably stay in the area.