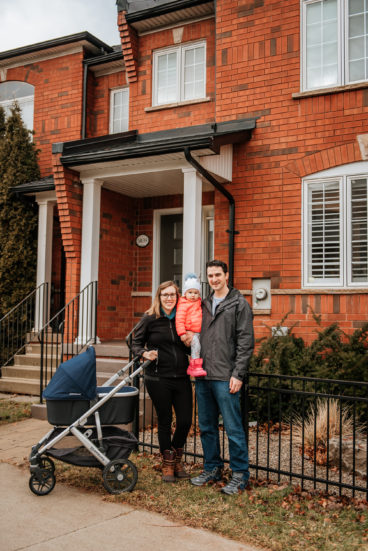 They gave up on Toronto and headed for Burlington. Part two in our series on the middle-class migration

Who they are: Melissa Milligan, 34, an orthodontist, Tim Manning, 35, a banker, and their daughters, Avery, 2, and Maeve, three months

Where they lived in Toronto: A one-bedroom-plus-den condo at Yonge and Queens Quay

Where they live now: A three-bedroom row house in Burlington 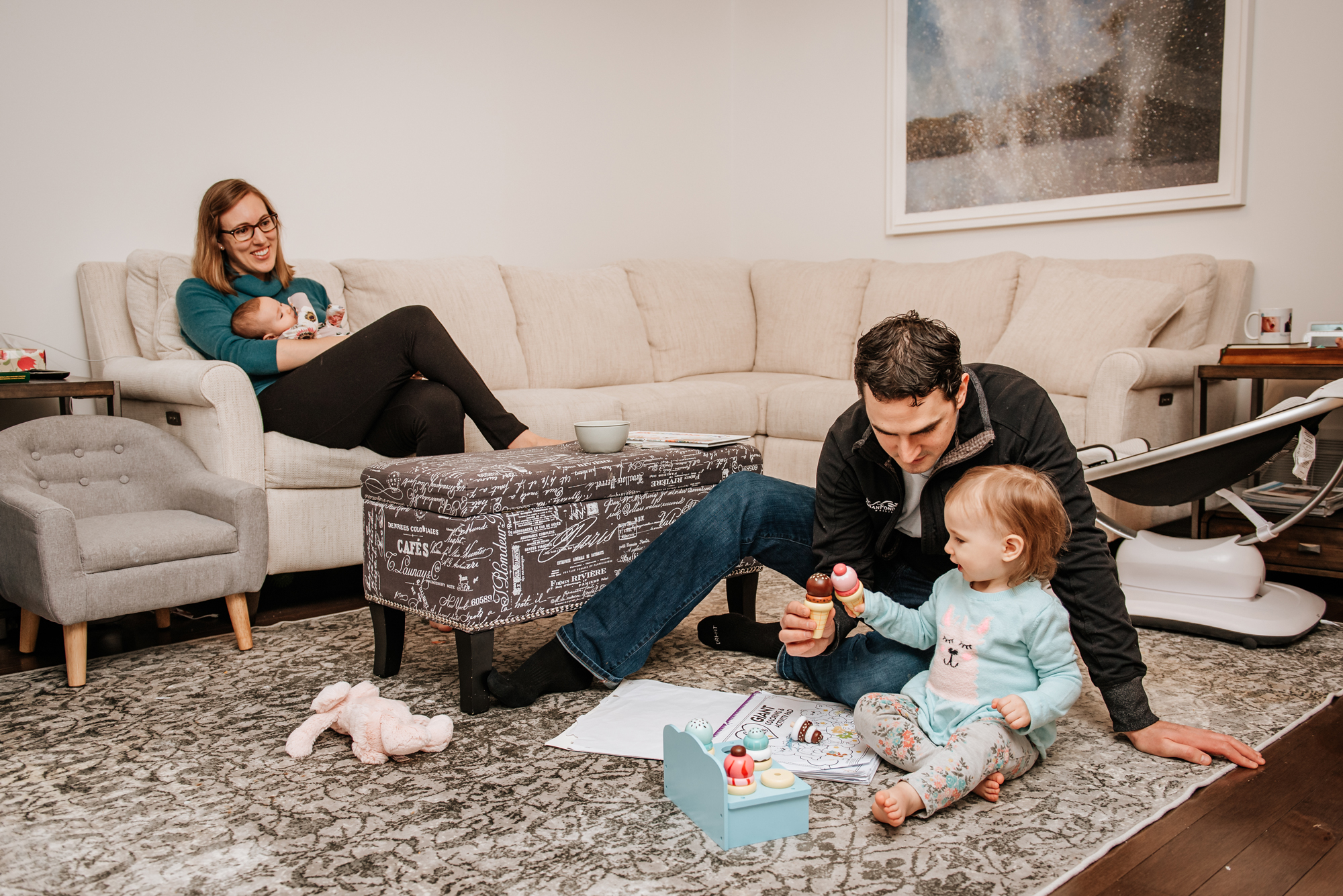 Melissa: In August 2012, we moved into a 932-square-foot condo at Yonge and Queens Quay. The location was ideal. I’m an orthodontist, and I did my specialty at U of T, so I walked to school every day.

Tim: We spent a lot of time walking along the Martin Goodman Trail and hanging out around Harbourfront Centre. If we needed to drive somewhere, the Gardiner was right there. I was working at a bank at King and Bay, so the location was perfect for me as well—my commute was a short walk.

Melissa: When I graduated in 2016, I got a job with one of my instructors, who had a clinic in Burlington. I had to be there three days a week. The morning drive was a breeze—it took 35 minutes—but coming home always took an hour and a half. I’d have ideas of what I’d want to do with my evenings, like go on a date with Tim or take a stroll along the water, but by the time I got home, I was so tired that all I could do was sit on the couch and then go to bed.

Tim: After Avery was born in February 2018, Melissa wouldn’t see her in the morning, and by the time she got home, Avery was asleep.

Melissa: It was awful. Then I was asked to come to the clinic four days a week instead of three. The idea of having to do an additional commute a week pushed me over the edge.

Tim: We knew we wanted to have another child, and while we loved downtown, we couldn’t afford anything there. Our budget was $600,000, which we quickly realized wouldn’t get us far.

Melissa: My boss sent us a referral for a Burlington realtor, who toured us around. We liked the area north of the QEW and we loved Alton Village.

Tim: However, detached homes in Burlington were going for over $800,000. The ones on the lower end were generally too small, old and in need of repair. So when a three-bedroom row house came up, Melissa went to see it on her lunch break and FaceTimed me. We put in an offer of $619,900 the next day.

Melissa: It’s in uptown Burlington, which we adore. For now, Tim still commutes two to three times a week via GO Train to Front and Bay. Our house is minutes from my clinic and a block away from a beautiful park, which is great for Avery. We couldn’t be happier.