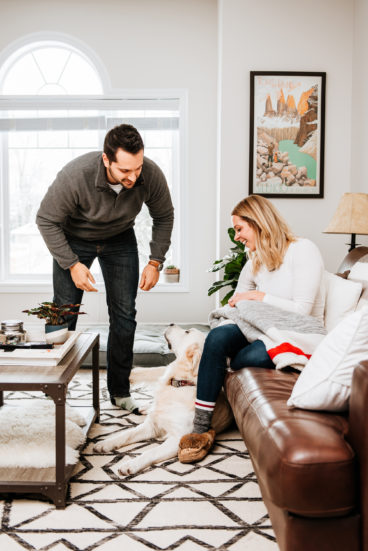 They gave up on Toronto and headed to Bracebridge. Part six in our series on the middle-class migration

Who they are: Derek Smith, 32, an anesthesiologist, and Heather Sawula, 31, an ER doctor

Where they lived in Toronto: A one-bedroom rental at Yonge and Bloor

Where they live now: A three-bedroom rental duplex in Bracebridge 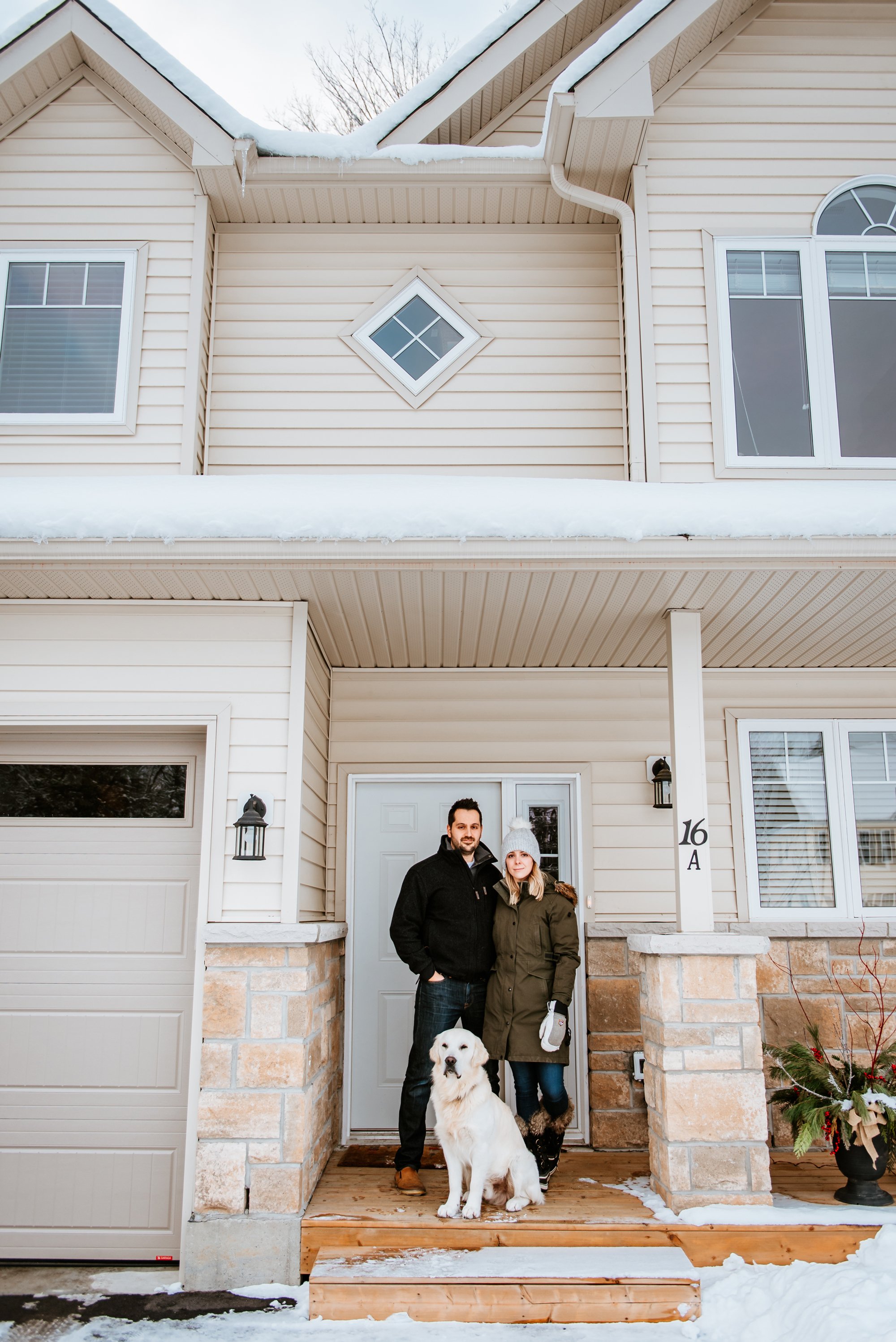 Derek: In 2014, we moved in together into a two-bedroom condo in the Church and Wellesley neighbourhood. It was one of my favourite apartments.

Heather: We lived there for about a year, then we both got into the family medicine residency program at Queen’s University in Kingston. After two years there, we wanted to do fellowships—mine was in emergency medicine and Derek’s was in anesthesia. He matched with University of Toronto and moved back to the city.

Derek: I got a one-bedroom apartment at Yonge and Bloor. Heather was finishing up in Kingston and visited when she could, but she also did a few placements at SickKids and Humber River and Sunnybrook. I was working primarily out of Michael Garron Hospital.

Heather: By 2018, as we were finishing up our fellowships, we started talking about where we wanted to settle down and build our lives. I’m from the St. Catharines area and Derek is from Aurora, and we both grew up with backyards. We wanted that for our kids. In Toronto, where our money wouldn’t go as far, that felt far less attainable.

Derek: Plus, the norm for doctors like us after finishing medical training is to have accumulated between $100,000 and $200,000 of debt. You want to get married, buy a house and have kids, but that’s not so easy when you haven’t been able to save for a down payment. 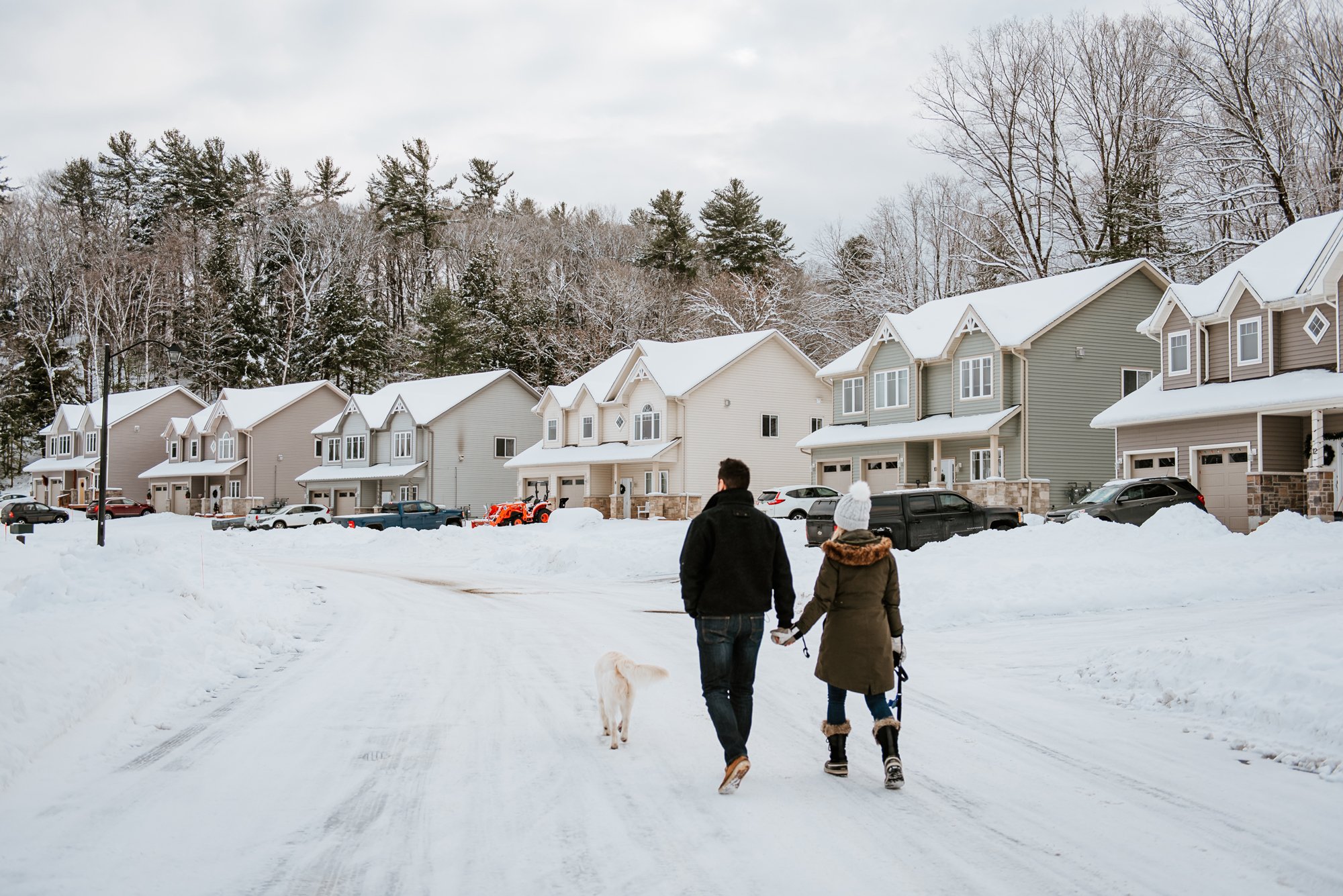 Heather: We looked at Cobourg, Midland, Napanee and other medium-to-small communities. Derek’s sister lives in Huntsville, he had done a few med school rotations in the area and I used to work at a summer camp there. We were also intrigued by the idea of practising community medicine. We thought, Why not live and work in a place where everyone wants to spend their summers anyway?

Derek: There’s not much of a renter’s market in Muskoka, so it was difficult to find a place. In July 2018, my sister told us she’d noticed a row of duplexes built by a Toronto developer. We wanted to pay down our debt as fast as we could, so it made a lot of sense. We now live on the top floor of a duplex. We have three bedrooms and a gas fireplace and we pay $1,600 a month. An 80-year-old couple live below us, and sometimes the wife, a lovely Scottish woman, cooks us dinner.

Heather: We’re saving up for a lakefront property. The houses are going for $1 million to $2 million for what we want—four bedrooms, two bathrooms and a garage—which is a lot, too. But our money gets us so much more here than it would in Toronto. We hope to save enough to buy soon.