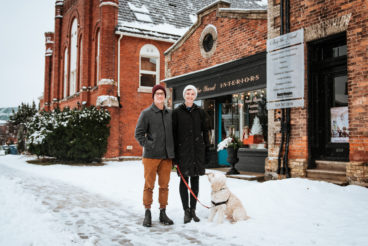 They gave up on Toronto and headed for Guelph. Part one in our series on the middle-class migration

Who they are: Eric Campbell, 30, a public health analyst, and Sarah Campbell, 27, a teacher

Where they lived in Toronto: A one-bedroom rental at St. Clair and Bathurst

Where they live now: A two-bedroom condo in Guelph 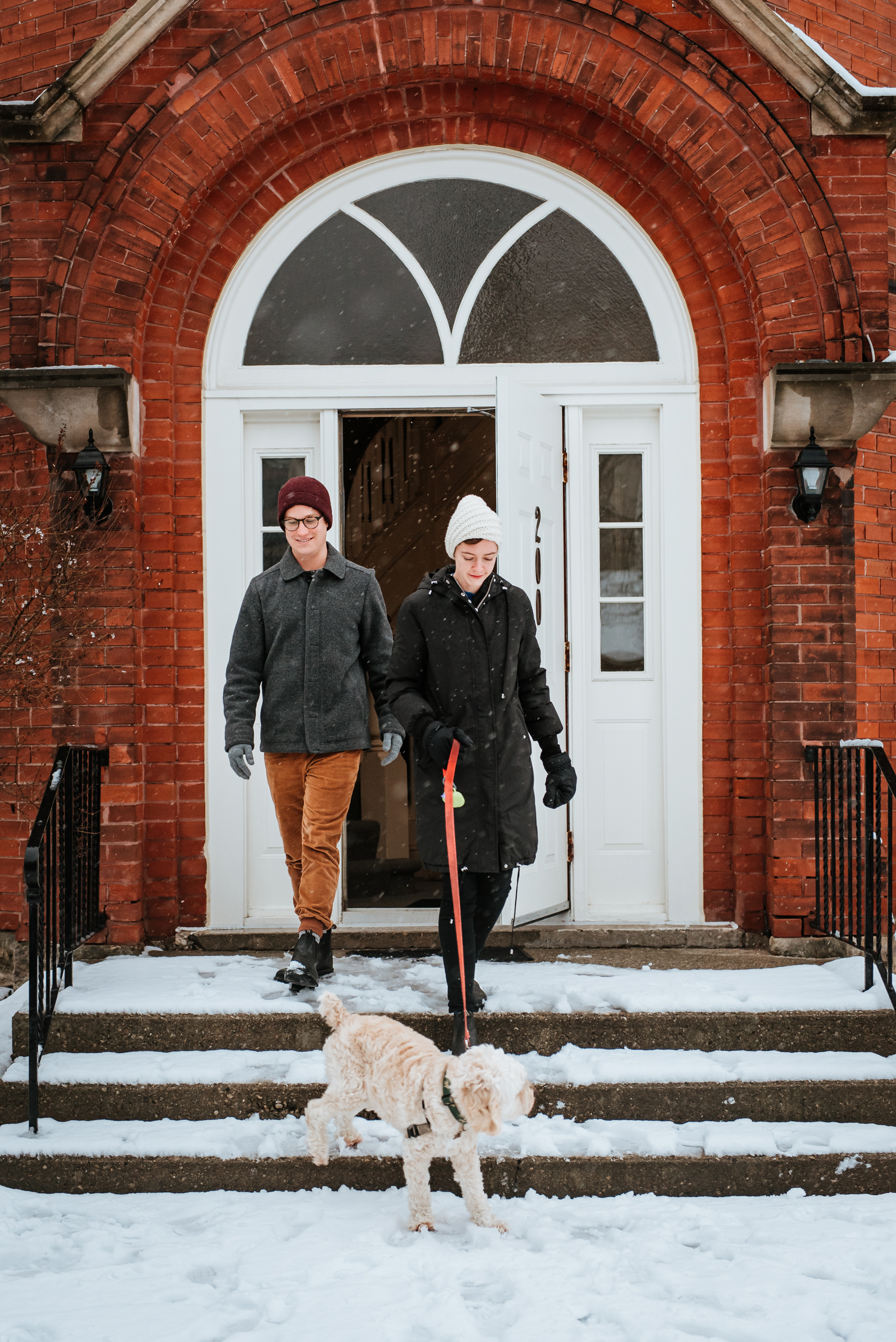 Sarah: Eric is from Tobermory, and my family has a cottage in the area. We met in 2009, when we were both working summer jobs there, at a restaurant and on the public dock. I grew up in Thornhill.

Eric: We moved in together in 2015, when we came to Toronto. I had just finished a master of information program at U of T, and Sarah got into teachers’ college there. We found a one-bedroom, 500-square-foot condo at St. Clair and Bathurst. Rent was $1,200 a month including utilities and parking. I landed a job in Whitby with Durham Regional Police as an analyst and began commuting two hours a day.

Sarah: In 2017, I got a two-year contract as an assistant teacher at a midtown private school. I would have liked to stay, but I wanted to be a teacher, not an assistant. Securing something with the TDSB seemed unlikely, too, unless I was prepared to be a substitute for probably years.

Eric: My commute was draining. I’d wake up at 5:30 a.m. and be on the road by 6. That was bearable, but the return trip wasn’t. My longest commute home, during a snowstorm last winter, was four hours. 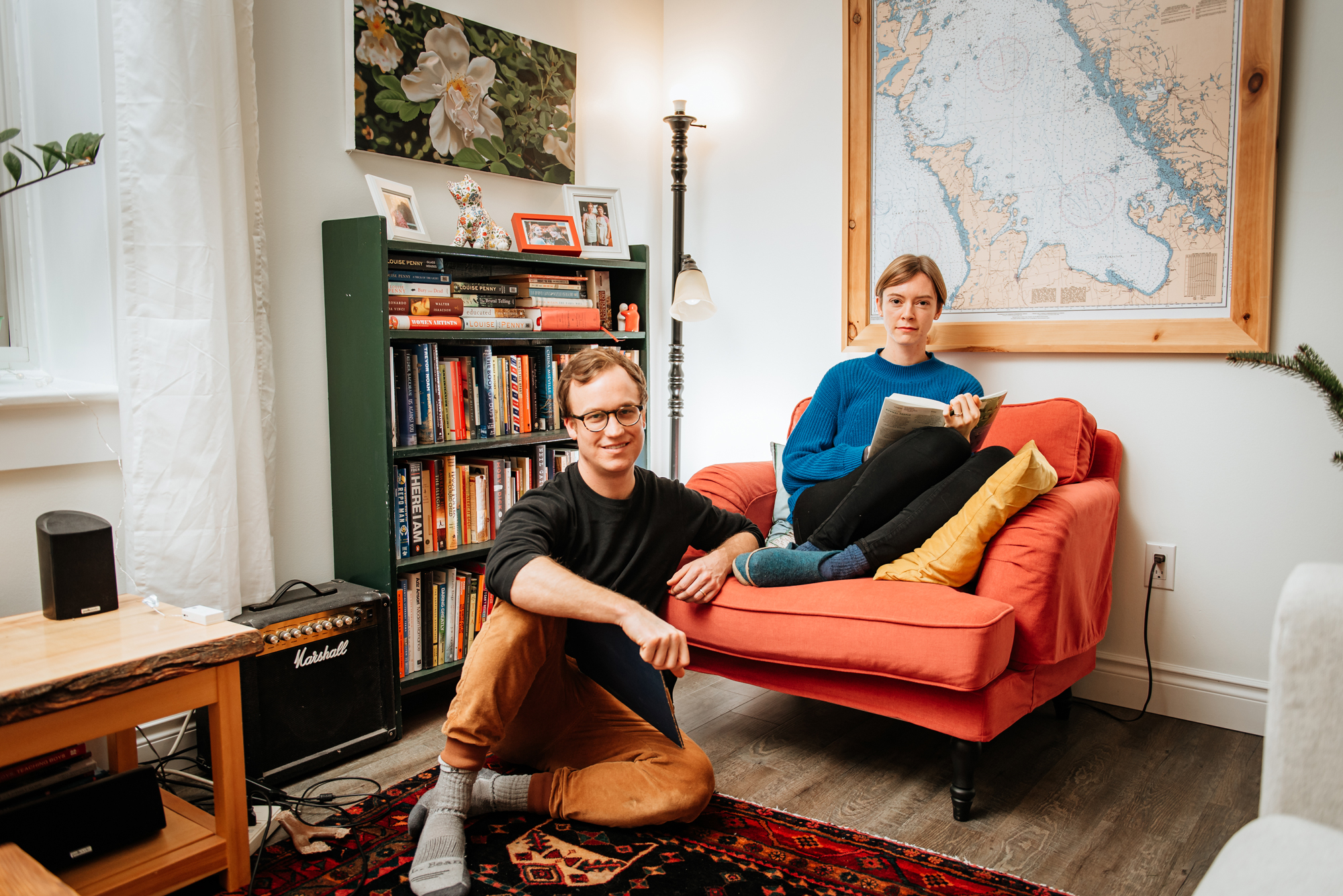 Sarah: On weekends, Eric and I would walk around the Wychwood Barns area and fantasize about owning just a modest semi. But our budget was around $350,000. We realized that owning a home in Toronto just wasn’t in the cards for us.

Eric: We started looking in Guelph because it was closer to Sarah’s cottage and my family in Tobermory. We also liked Guelph because it has its own cultural ecosystem. It’s a liberal and environmentally conscious place, with lots of young people.

Sarah: We wanted something with character—nothing cookie-cutter—and walkable downtown. However, starter homes were going for around $400,000 and still needed upgrades, so we looked at condos. 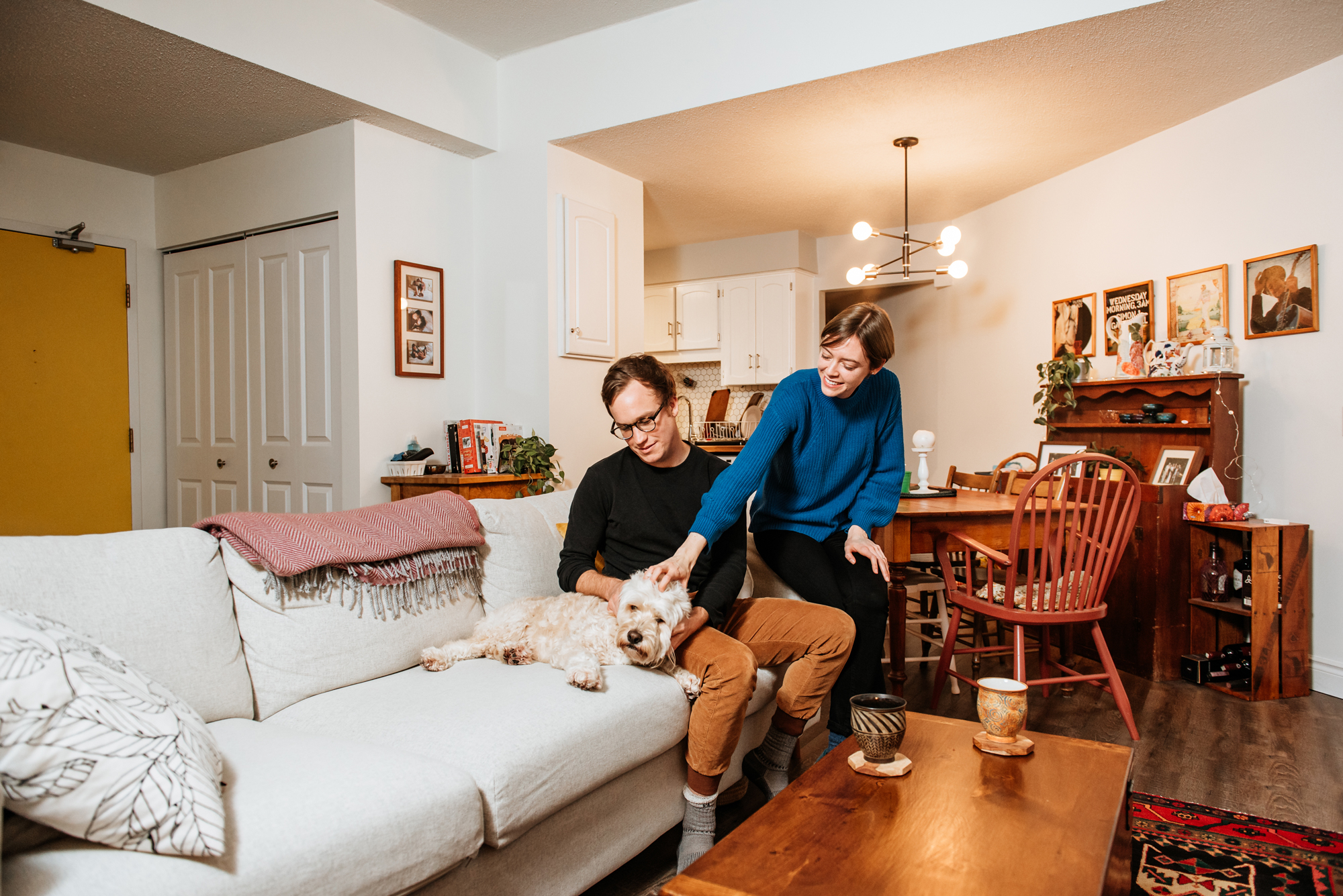 Sarah: The first thing we noticed after moving to Guelph is how lovely and quiet it is. We certainly enjoyed the energy of Toronto, but there’s something calming and comforting about our adopted hometown. The areas of Guelph that are bustling are the neighbourhoods, not downtown. In the neighbourhoods, you see children running around, barbecues and block parties.

Eric: I work for Wellington-Dufferin-Guelph Public Health now, and I can get there on my bike in 14 minutes. Sarah works for a Montessori school in Kitchener. To meet more people, we’ve joined some running groups and we play ultimate Frisbee in the summer. We see my family more, because my sister and her kids live 700 metres away. We take our dog, Otis, out for a lot of walks.