After closing Omaw, Matt Blondin held onto a section of his old lease—the portion of the building that housed the Levack Block dance floor once upon a time. The once-broody lounge space has been entirely revamped into a millennial-pink pizza parlour. Blondies’ thick-crust pizzas are made with three-day fermented, hand-stretched dough that’s tossed into a 590°F oven for four minutes, until the crust blisters. There are 12 pies on regular rotation (half red, half white), with the occasional guest recipe created by one of Matt Blondin’s many chef friends, including New York’s Dan Burns, whose now-closed Luksus was the first restaurant without a wine menu to get a Michelin star. This is the only one of Blondies’ three locations to sell pizza by the slice— which may have something to do with its proximity to many late-night drinking establishments.

The Cold Drink/Hot Girl is one of Blondies signature red pizzas. It’s topped with mozzarella, pepperoni, oregano and honey. $17-$26. 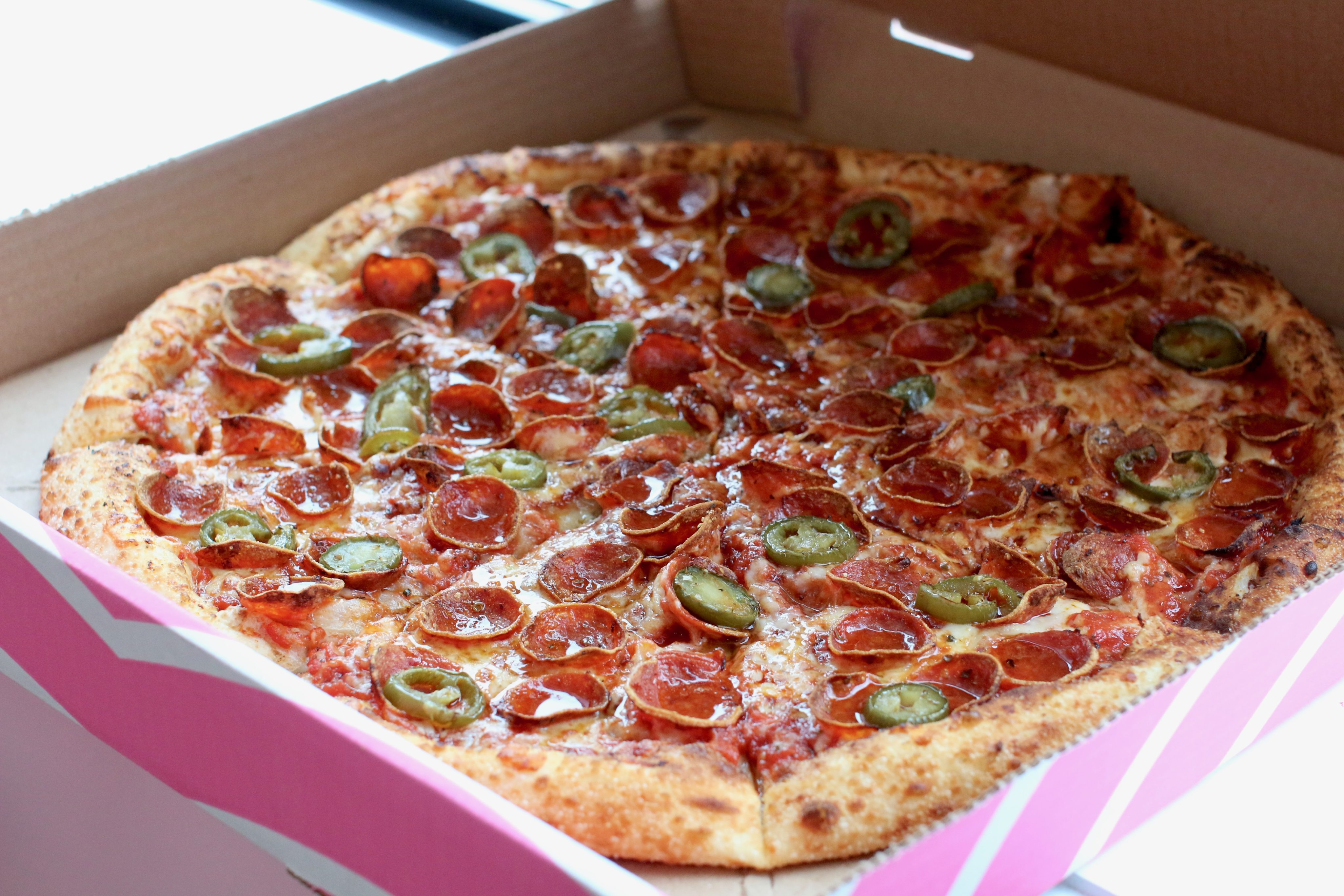 The vegetarian-friendly Scarlet Sunrise is a combination of mushrooms, kale, red onions, basil and truffle oil. $17-$26. 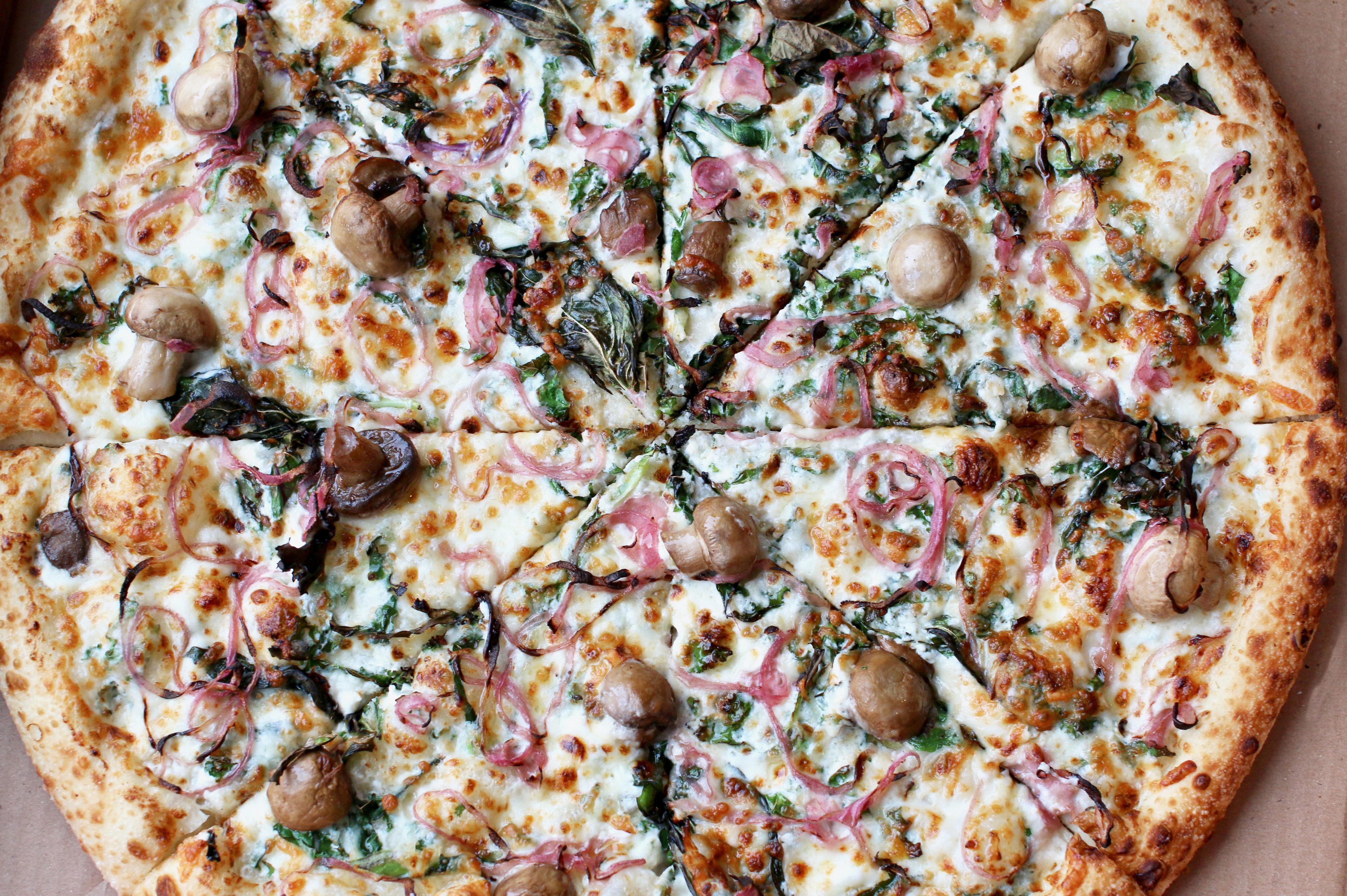 Debbie Said So is a white pizza topped with pistachio pesto, basil, fior di latte and a sprinkle of sea salt. $16-$24. 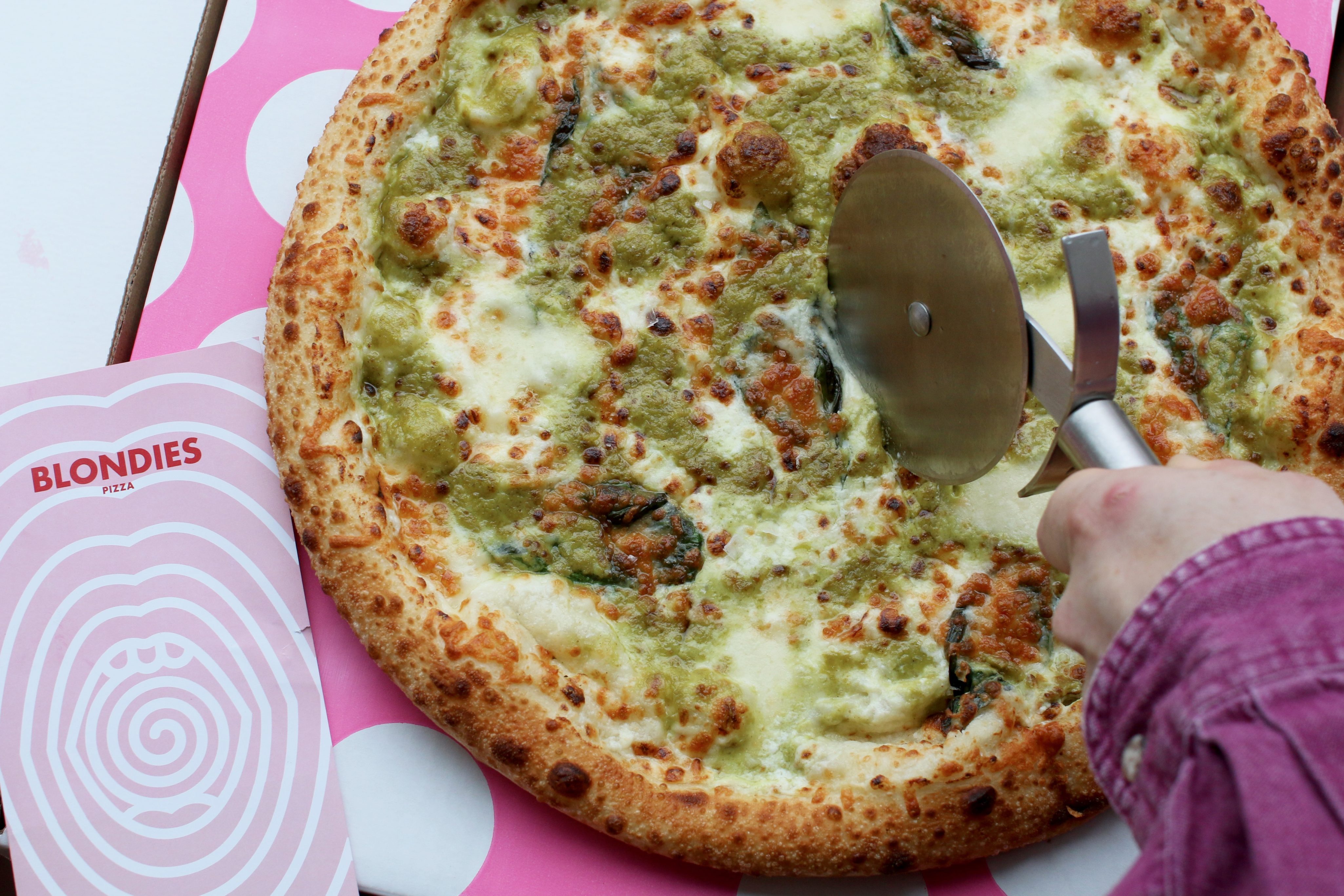 This is a gluten-free version of A Kissing Tigress (Blondies’ version of a margherita). The GF crust combines tapioca with a few other starches, and the dough is then cold-fermented for at least a day. It’s $15-$23 for a regular, plus $3 extra for the GF option. 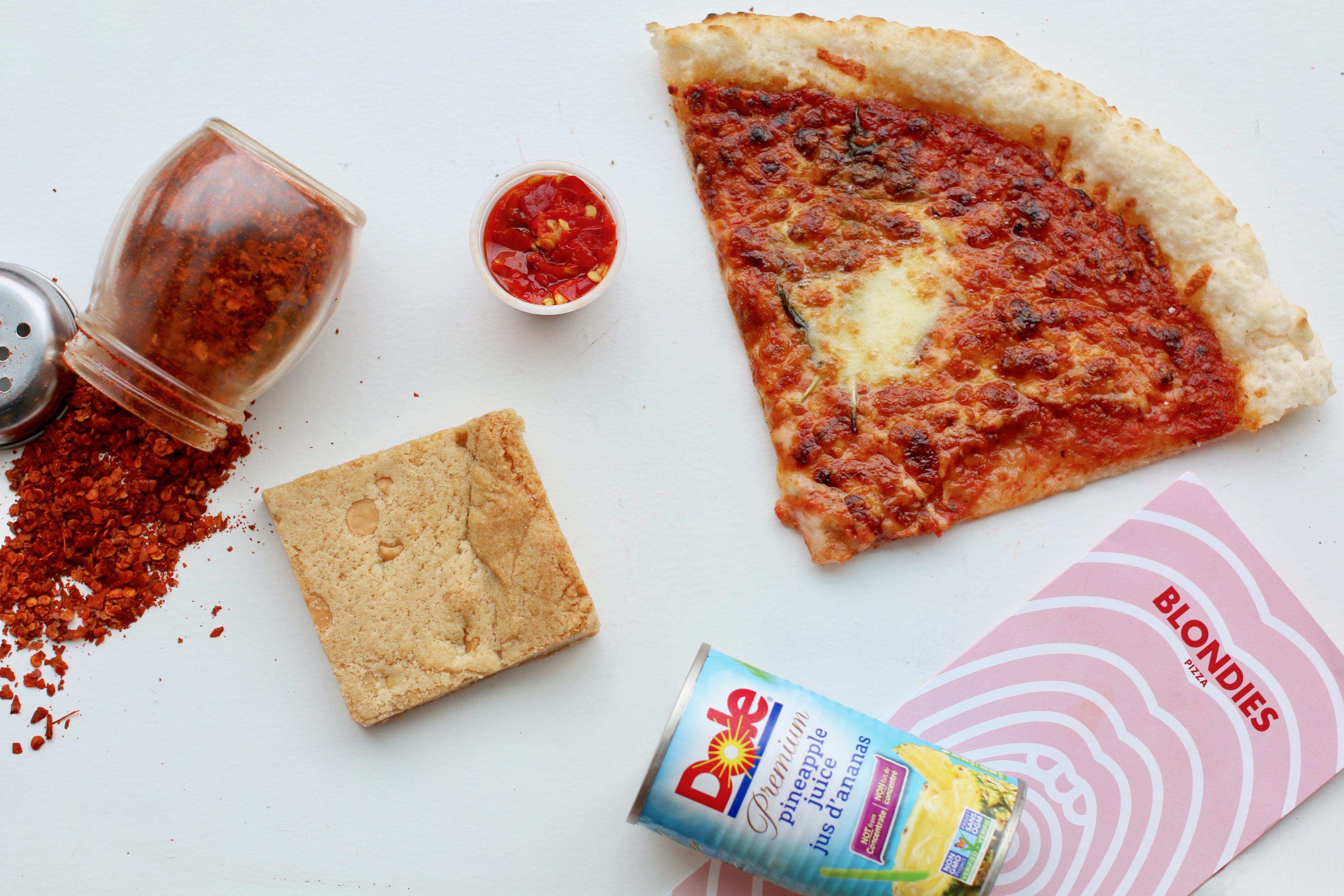 There are five salads on offer, including this shredded kale caesar made with cabbage, green apple, dried currants, crispy onions and parmesan. $6. 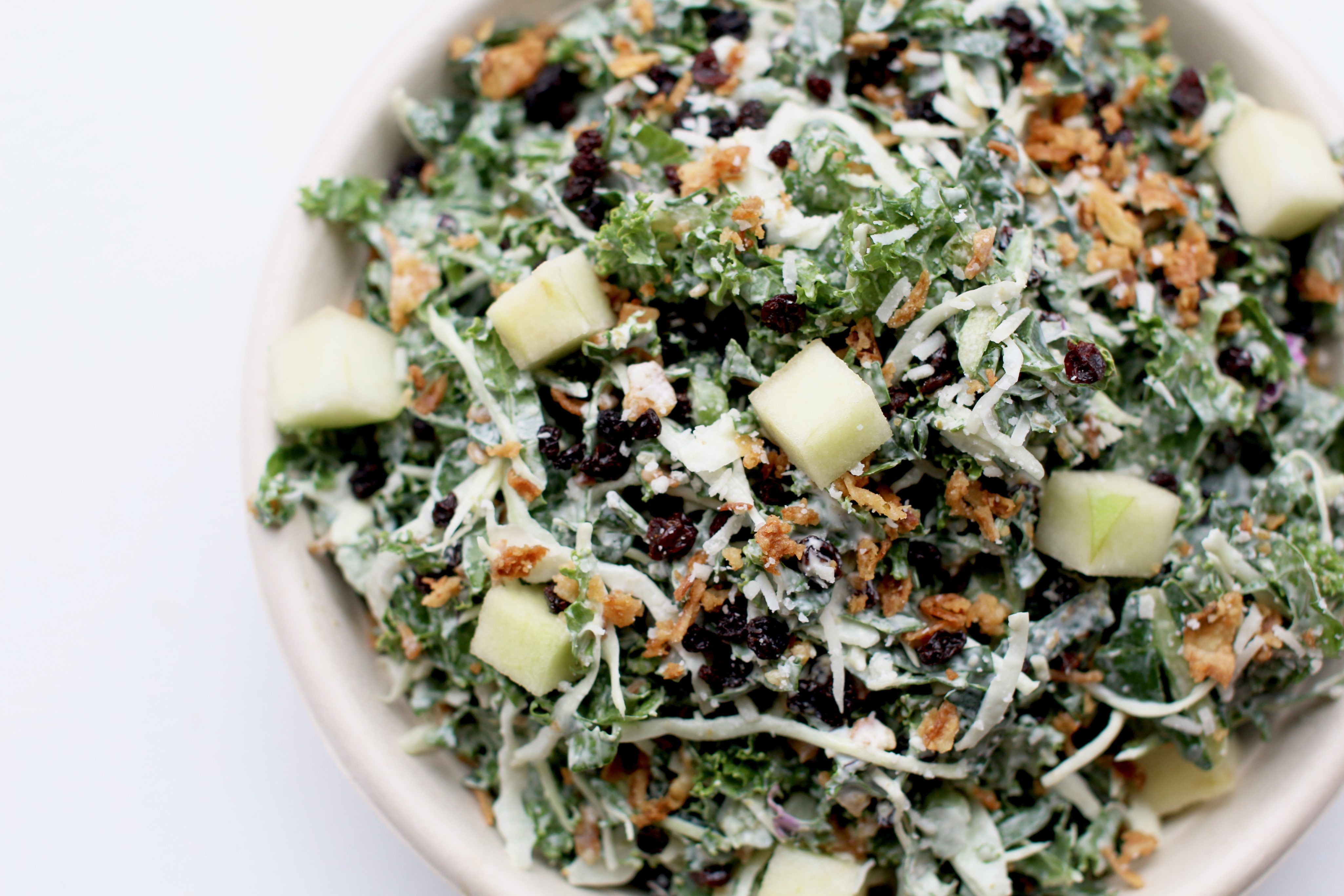 And of course there are blondies (and brownies). Come summer, they’ll be selling soft serve, too. $3-$4. 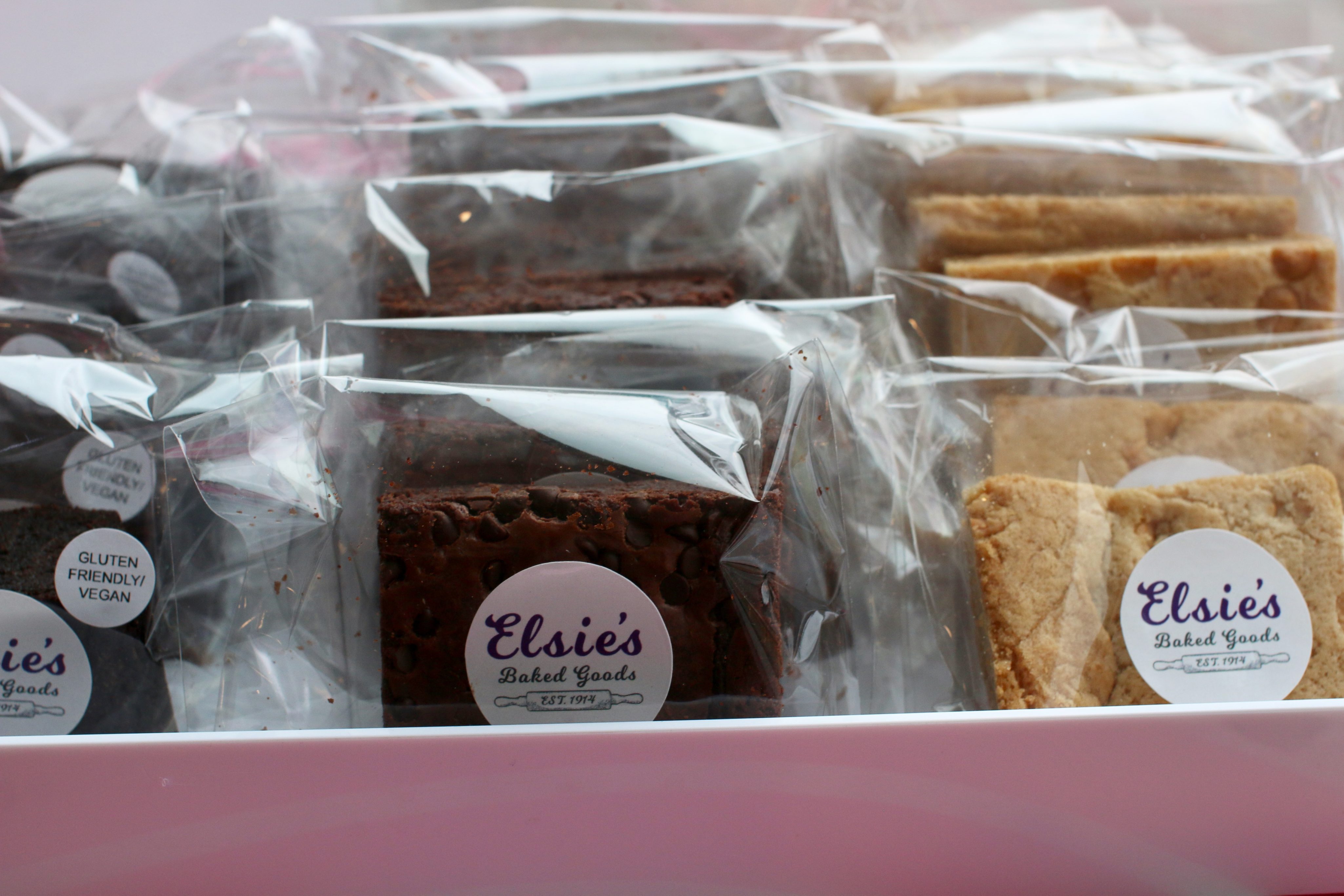 The funky pink branding is designer Ben Johnston’s work. There’s not much to the postage stamp–sized space other than six stools, a checkerboard floor, a grab-and-go counter and a window that looks into the kitchen. 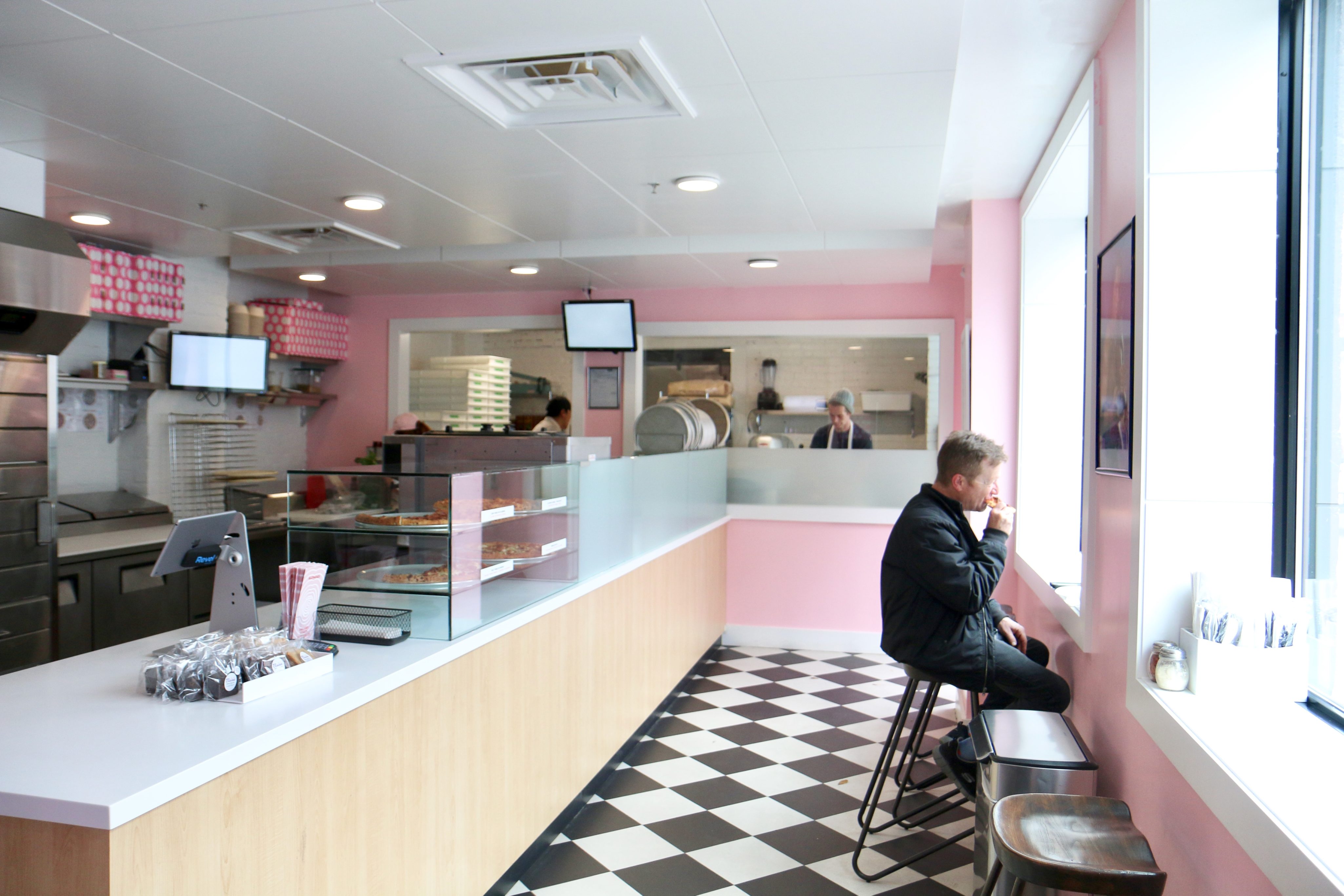 General manager Michael Poskanzer chows down on a slice with some dipping sauce. 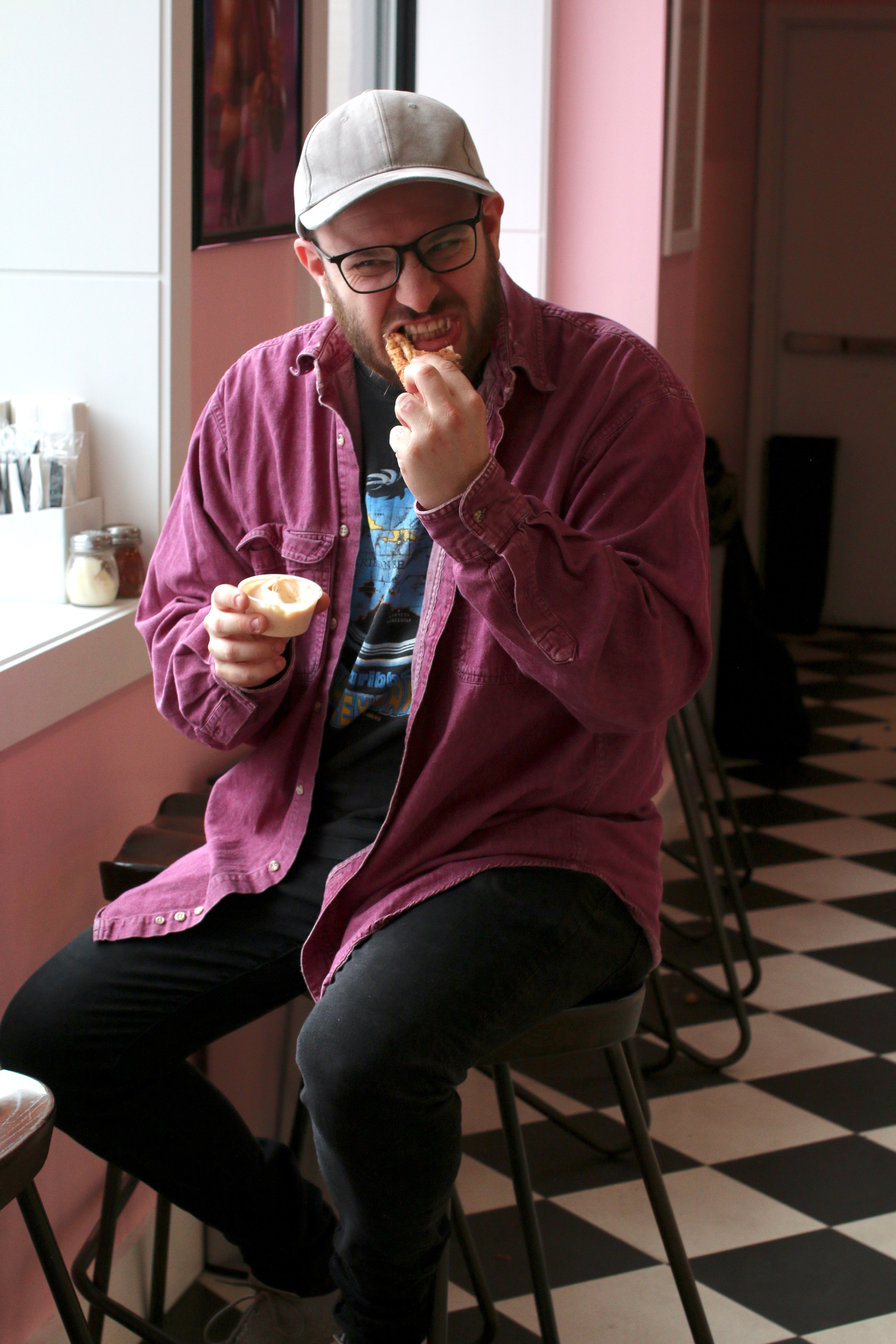 The pizza parlour’s entrance is actually on Humbert St. 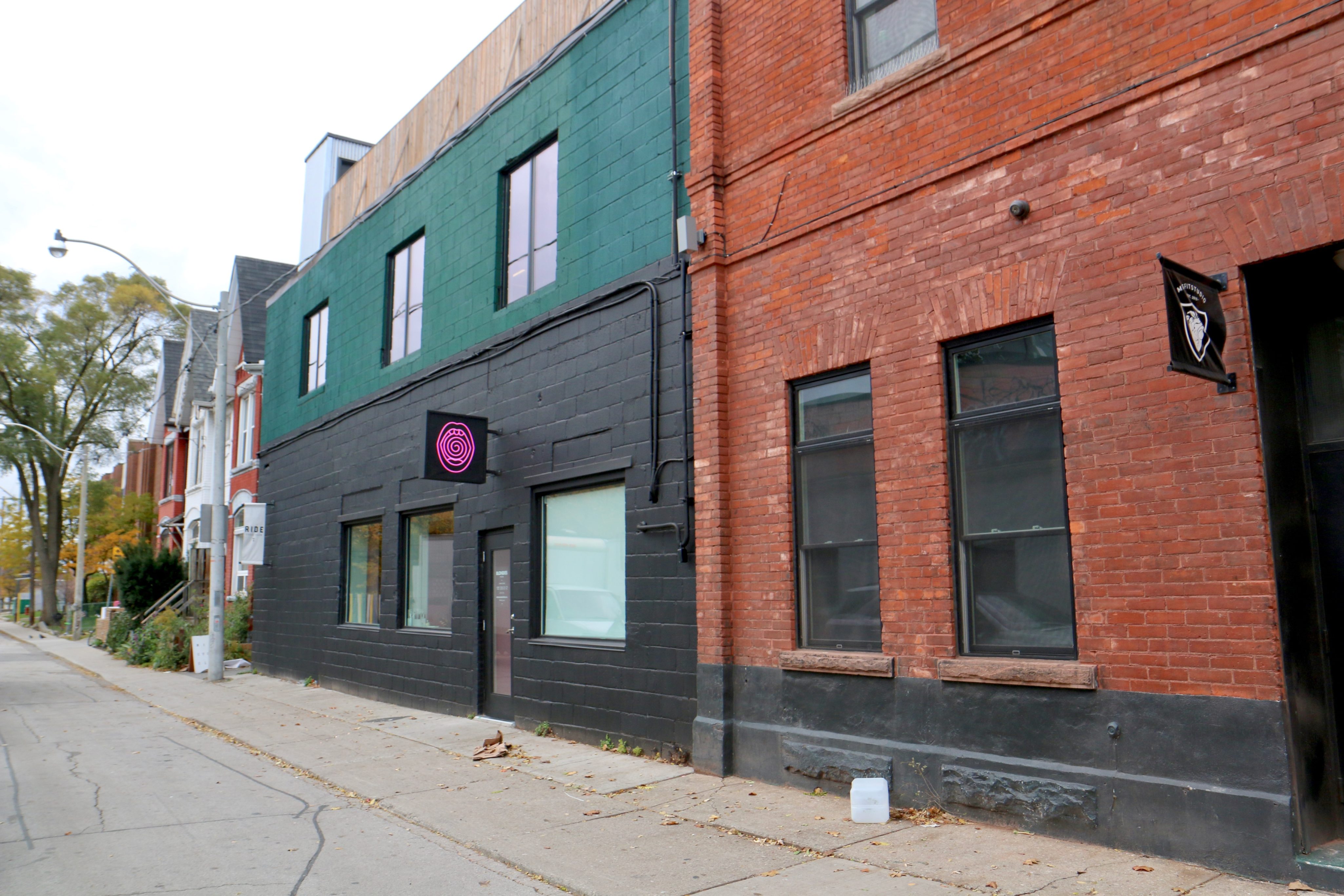