Three hulking 20,000-square-foot barns sit off a county road just east of Peterborough. They look like chicken barns—in fact, they used to be chicken barns—but instead, there are 100 million crickets inside, hatching, feeding, mating and otherwise going about their six-week lives. At Entomo Farms, North America’s largest human-grade cricket farm and the official cricket supplier for Loblaws, it sounds like a summer’s night every day of the year.

Entomo co-founders Darren, Jarrod and Ryan Goldin are no strangers to the insect trade: the Johannesburg-born brothers, whose family moved to Thornhill in 1986, launched Reptile Feeders a decade ago to supply bugs and rodents to pet stores and zoos. In 2013, they read a United Nations study about how insect farming will be essential for feeding a rapidly warming, food-insecure, resource-strapped world. Insects release far fewer greenhouse gases than conventional livestock, demand much less water and feed, and can be scaled up quickly for a global population expected to hit nine billion by 2050. “We didn’t want to leave this burden to our children,” says Jarrod. 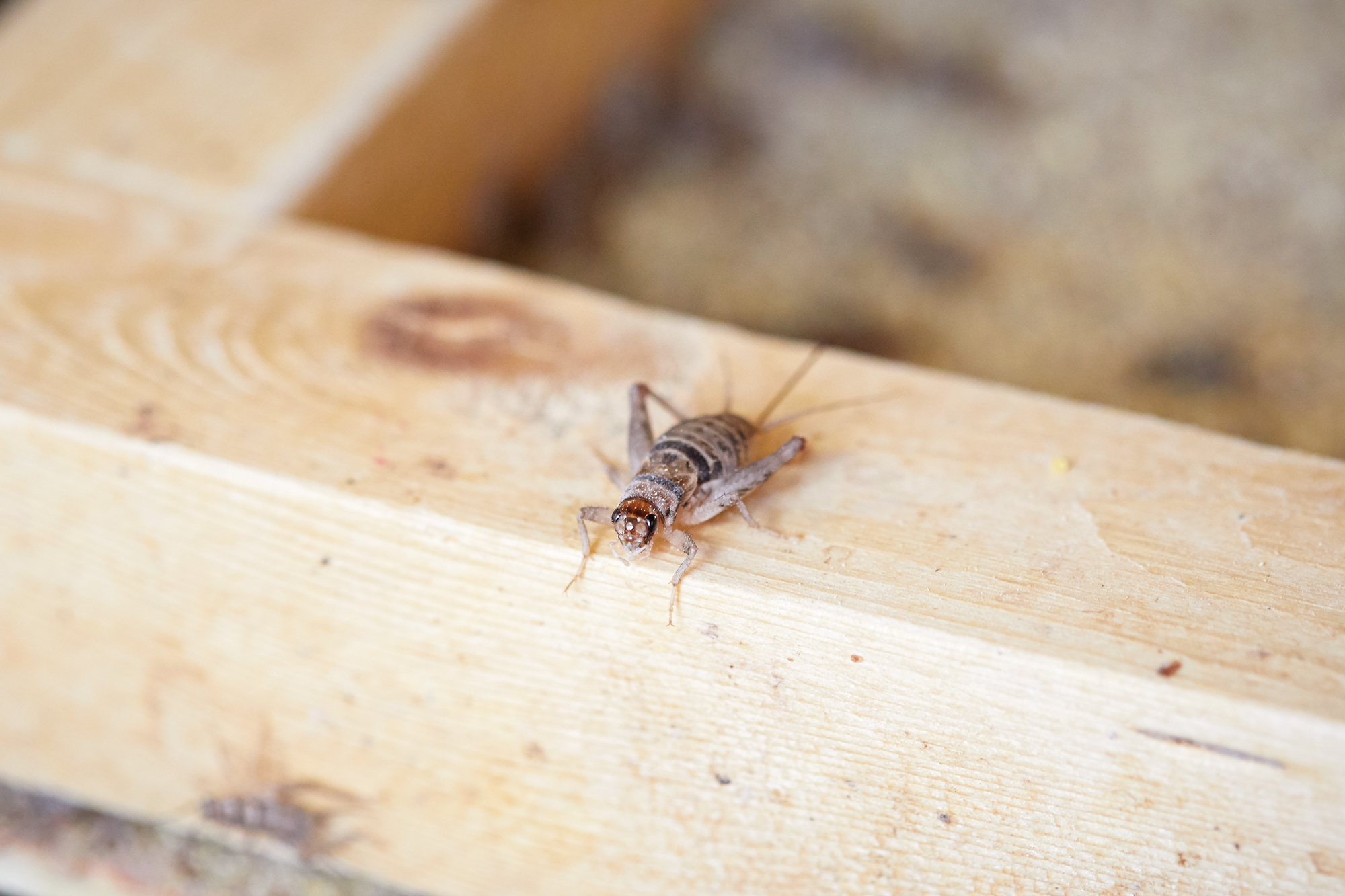 The brothers started Entomo Farms in 2014. They knew that crickets wouldn’t be the easiest snackable sell for many Canadians, but they thought health obsessives might be persuaded to try the crunchy critters: they’re sky high in protein, fibre, iron and B12. And they’re pretty palatable when they’re roasted and doused in seasoning (which is how Jarrod had his first taste) or ground into a smoothie-boosting powder (farm manager Aran Hinton’s initiation). Even Darren’s two young daughters eat them.

Last year, Maple Leaf Foods became a minority stakeholder in the business, while Loblaws tapped Entomo to provide cricket powder for its President’s Choice label. Now the farm is furiously busy harvesting eight to 10 million crickets a week. Each barn is cordoned into five spaces and kept at a balmy 33 degrees Celsius for the cold-blooded insects. In one, eggs incubate for a week then emerge as pin-headed hatchlings. In the others, stacks of cricket condos—built from the sort of cardboard dividers that separate wine bottles—are arranged around water troughs, increasing square footage to accommodate their huge numbers. 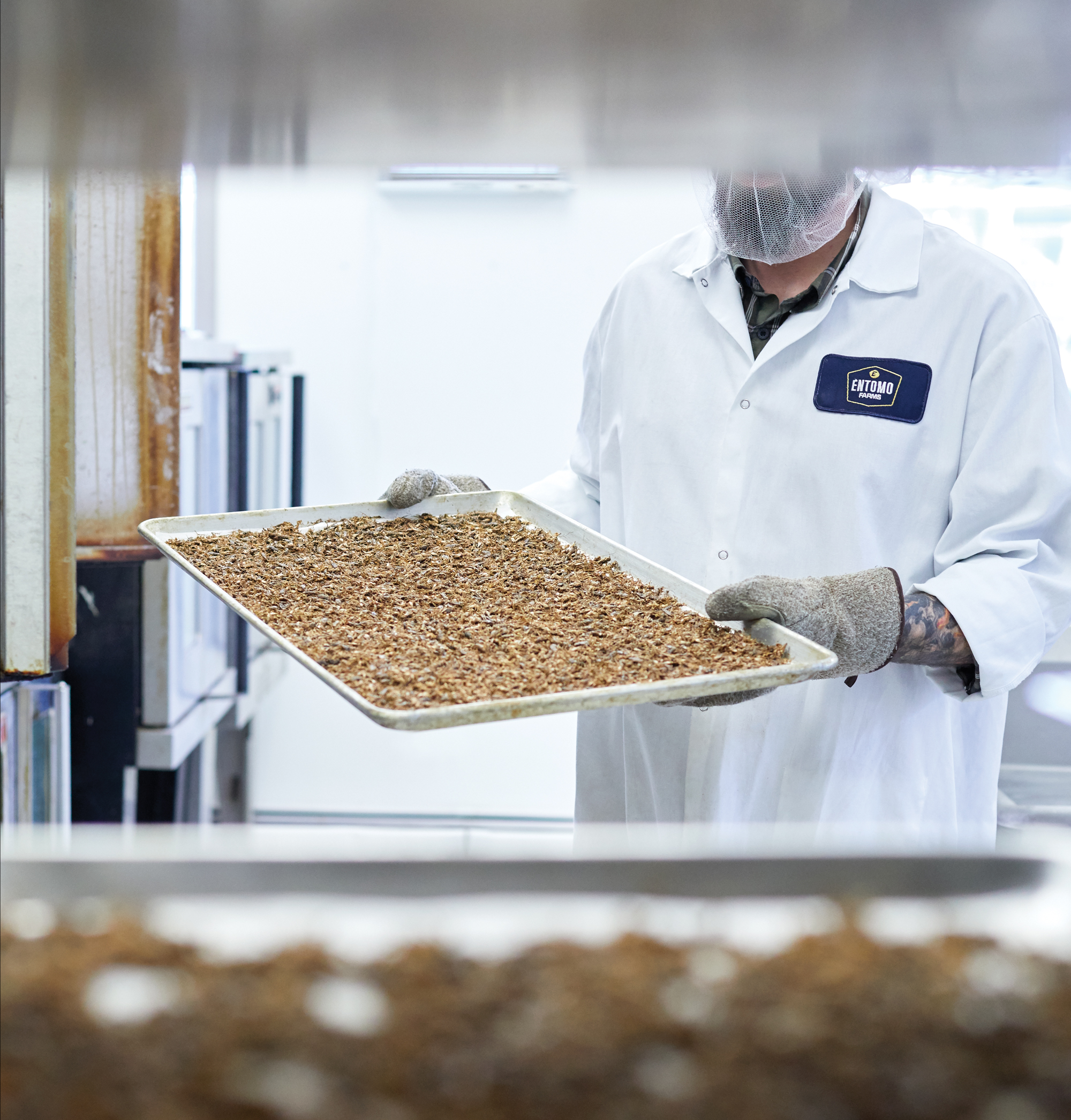 Crickets lay eggs at the end of their natural life, so when the insects are mature, the Entomo team puts out trays of damp soil. “The females flock to them,” Darren says. “Within 15 minutes, the trays are completely covered with eggs.” After that, staff walk around the room shaking the crickets free of their condos into rubber bins. They’re euthanized using CO2 gas, then it’s off to the processing facility down the street, where the crickets are washed, roasted and either left whole or ground into a fine powder.

In addition to Loblaws, Entomo Farms now supplies their products to more than 50 companies in eight countries around the world. Of course, a little cricket ribbing is inevitable: “I do have three or four clients who call me Jiminy,” Darren says. “But I don’t get particularly offended about that.” 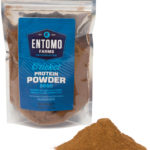 Cricket protein powder
Cricket novices might want to start with this powder, which can be sprinkled into soups, smoothies or baked-good batter for a protein boost. It’s entirely undetectable in banana bread—a slightly darker colour is the only giveaway—and gives a strawberry-banana smoothie a slightly nutty kick. 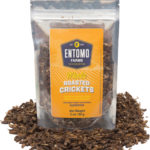 Whole roasted crickets
These super-crunchy fellas taste like the offspring of sunflower seeds and dried shrimp. (Those with shellfish allergies, take note: crickets can cause a similar reaction.) And, look, there’s really no mistaking them for anything other than crickets: if you’re squeamish, consider tucking the bugs under a blanket of spinach with a bracing vinaigrette. 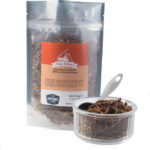 Barbecue crickets
This snack starts like a slightly milder barbecue chip, with a solid note of hickory, then gives way to
the cricket’s signature mushroomy nuttiness. It tastes like what it is: you’re still eating crickets. If you don’t want to be reminded of that, opt for the powder. 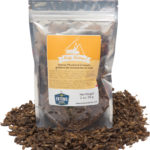 Honey mustard crickets
This seasoned snack from Entomo Farm’s Bug Bistro line hits you first with the sweet honey, then settles into a peppery sharpness courtesy of the mustard powder. It has the most flavour of Bug Bistro’s varieties, which is enough to offset the crickets’ gritty texture—if you don’t look, you won’t know. 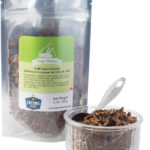 Chili lime crickets
The flavours are more muddled here. You expect a brightness from the lime, but the acid never quite materializes. Instead, it’s all roasted earthiness with a lingering heat—an interesting flavour once you get used to it.