Veracruz native Elia Herrera came to Toronto in 2003. Since then, she’s worked her way up from pastry chef at Sassafraz to executive chef of Los Colibris and El Caballito. Two years ago, Herrera and her sister moved from their home near Dufferin and Rogers to a 900-square-foot Fort York condo with a view of the lake and CN Tower. The kitchen is tiny, but there’s tons of storage, and the open layout allows Herrera to cook while gabbing with friends, who can sit at the island and keep her company. Since her sister moved back to Mexico a few weeks ago, Herrera has barely made anything—she doesn’t like cooking for herself. “I live at work,” she says. “This is kind of like my hotel.”

There’s no bottled water in the fridge because Herrera drinks from the tap. After moving to Canada, it took her over a year to get used to the concept of drinking tap water. “Back home, if you do that, you basically die,” she says with a laugh. 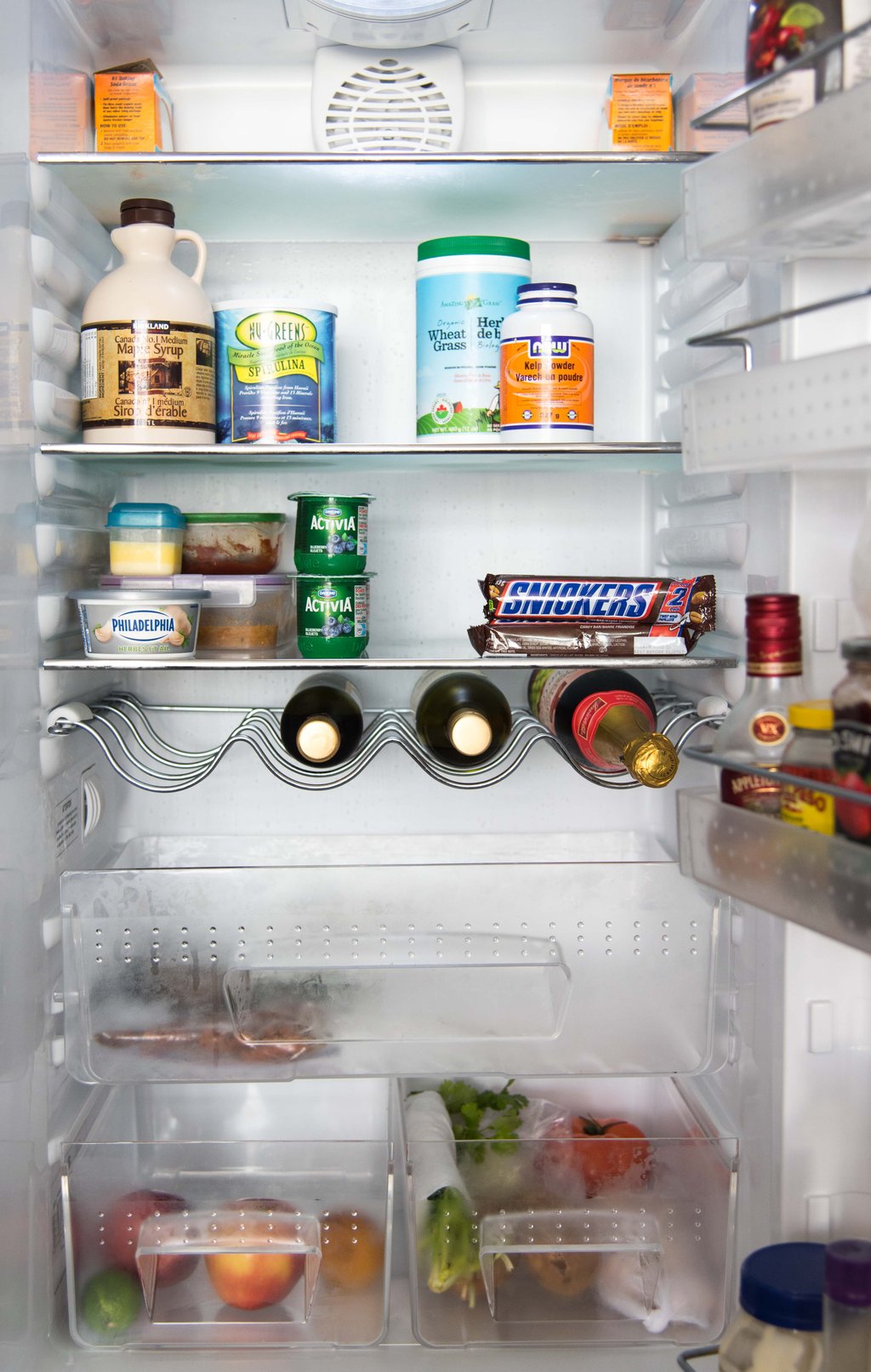 Herrera begins most mornings with a handful of supplements and a glass of diluted apple cider vinegar. She’ll have a protein shake at the gym, but doesn’t eat anything before noon, when she arrives at the restaurant. There, she’ll drink a single mug of black coffee and start tasting everything on the daily menu. “Usually that fills me up quite a bit,” she says. Her lifestyle makes it almost impossible to maintain a healthy eating schedule. “When I taste food all day before service, I’m not hungry when I should be. Then I eat too much late at night,” she says. 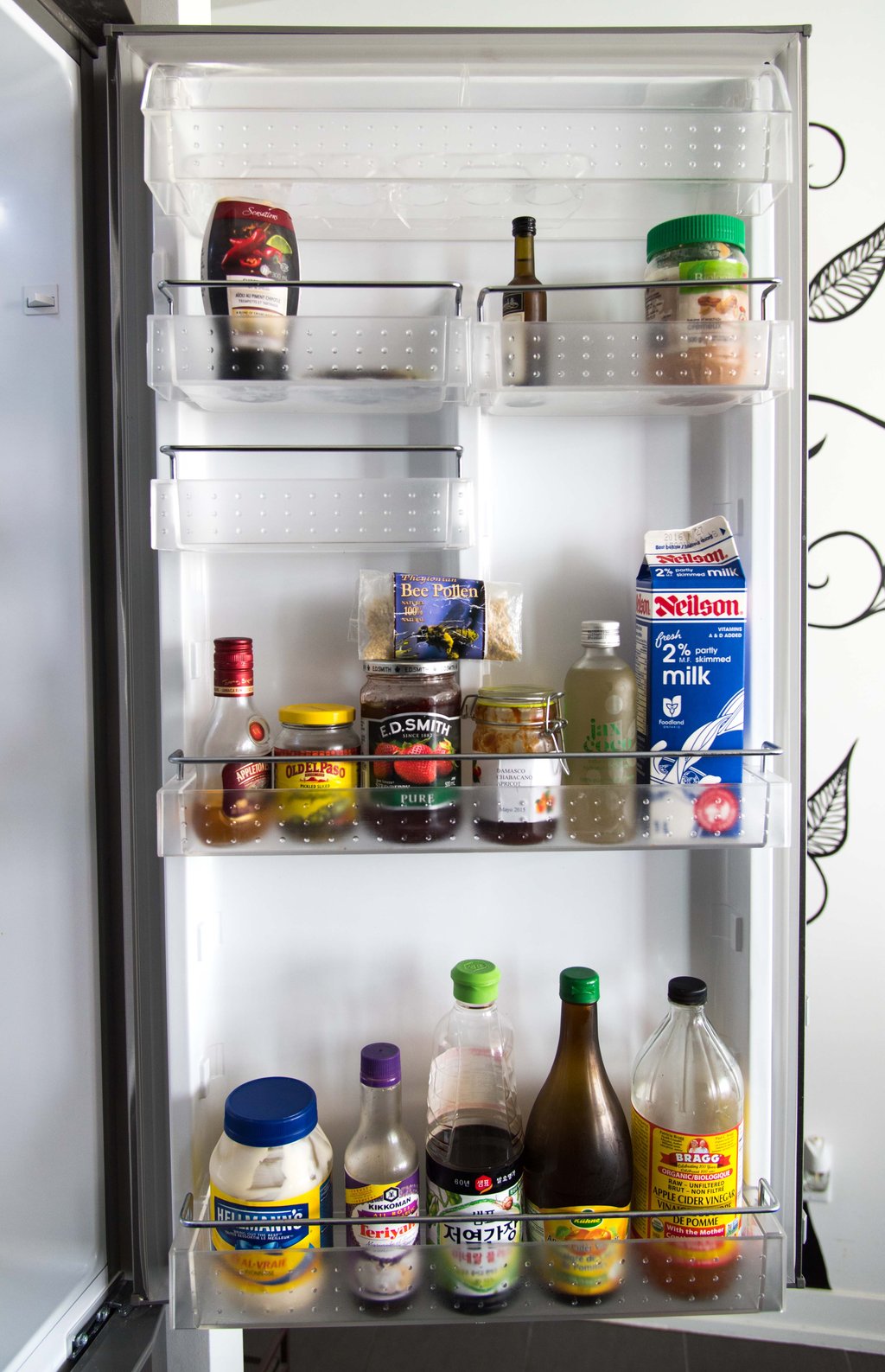 Around 4 p.m., Herrera will throw some protein (usually beef) on the restaurant’s grill and eat it with a side of vegetables and rice. When she gets off work around 11 p.m., she’ll often indulge in a plate of El Caballito’s tacos, or order a gluten-free Hawaiian pizza from Pizza Nova (she was recently diagnosed with a gluten sensitivity). “For a while, my diet was just coffee and pastries. I guess my body had finally had enough,” she says. 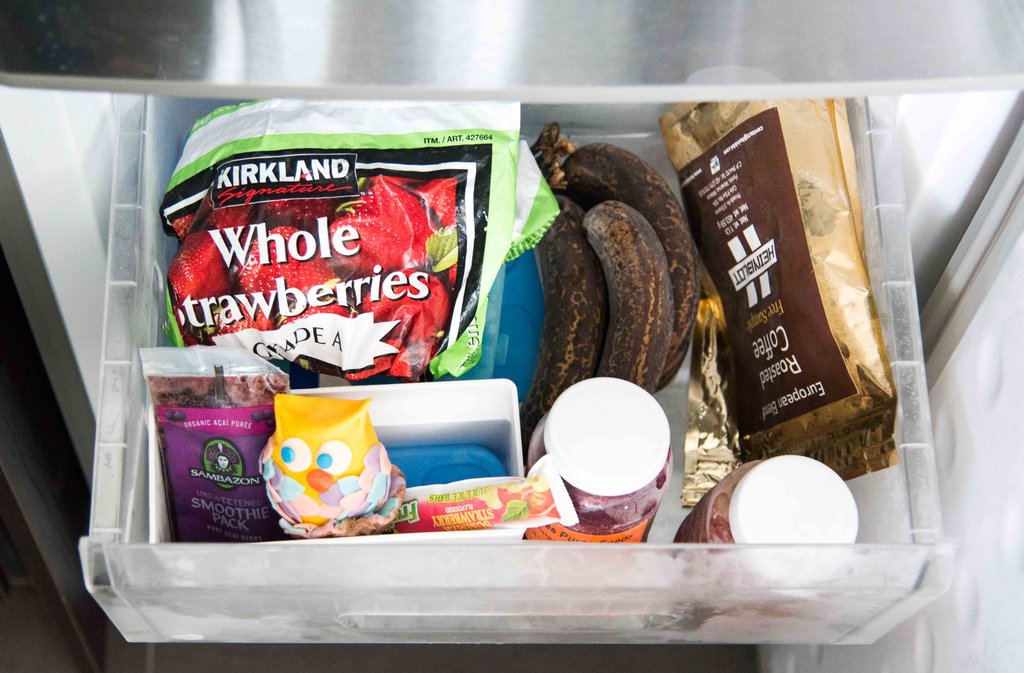 Herrera only cooks on her days off if she’s having friends over. She’ll hit up Sobeys for staples, and dried peppers, banana leaves and Mexican cheese from Perola in Kensington Market. (Before her sister moved out, Herrera would trek to Costco for meat. Now that she only has herself to feed, she’s kicked the Costco habit.) When she’s not working, Herrera typically dines out. A couple of her favourite spots are Pai (for the shrimp green curry served in a coconut) and Bricco (for the confited duck cooked with cherries) 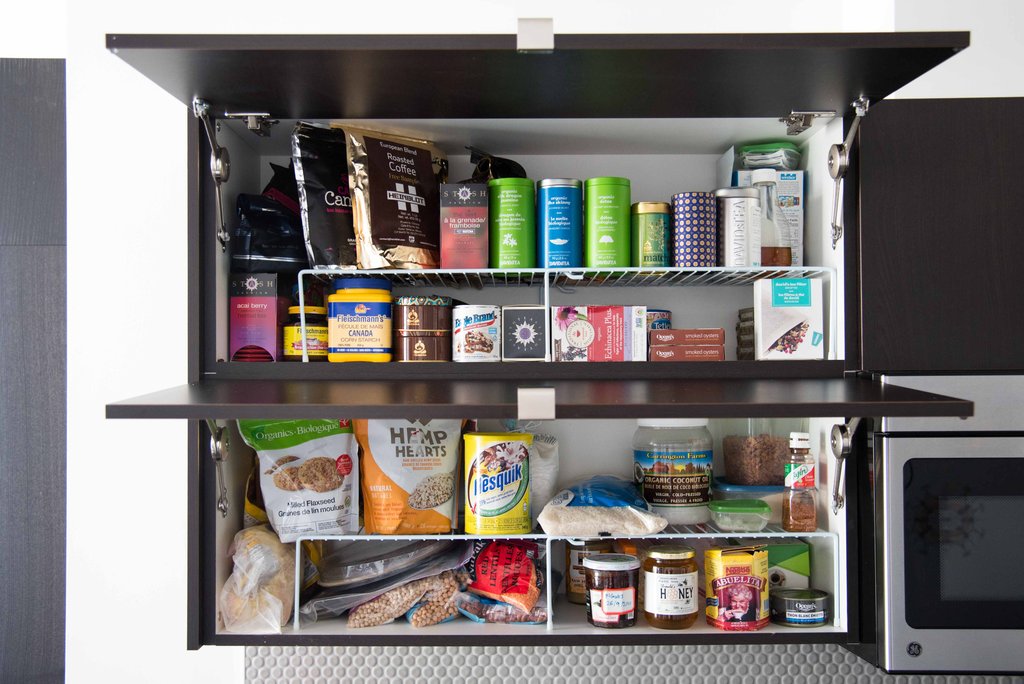 And here are some of her spice cupboard staples: 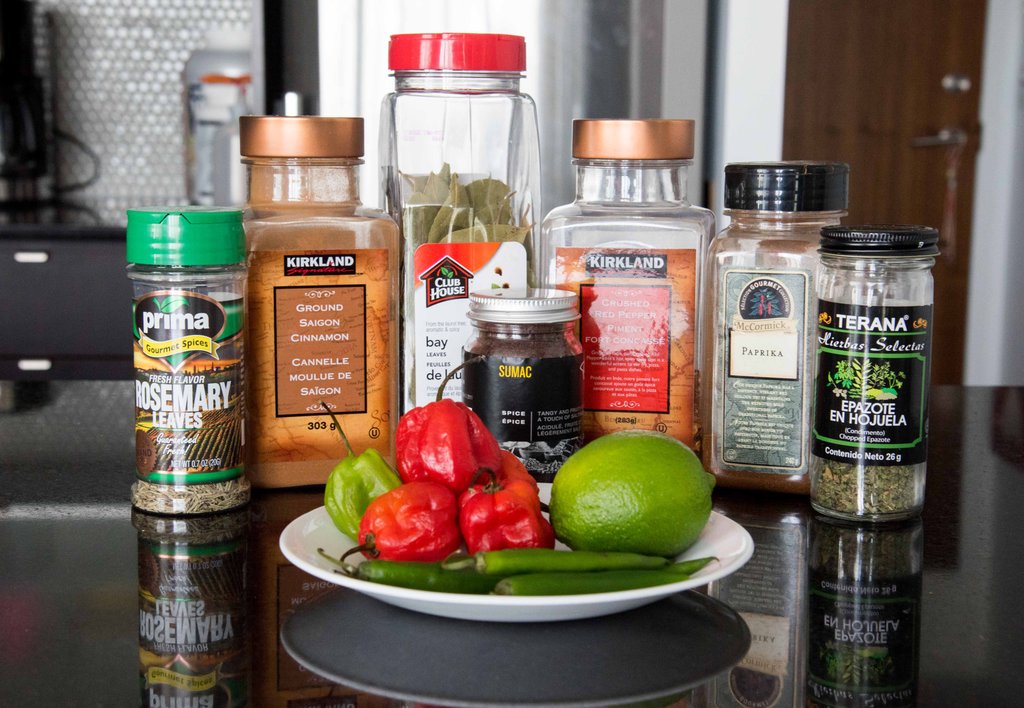 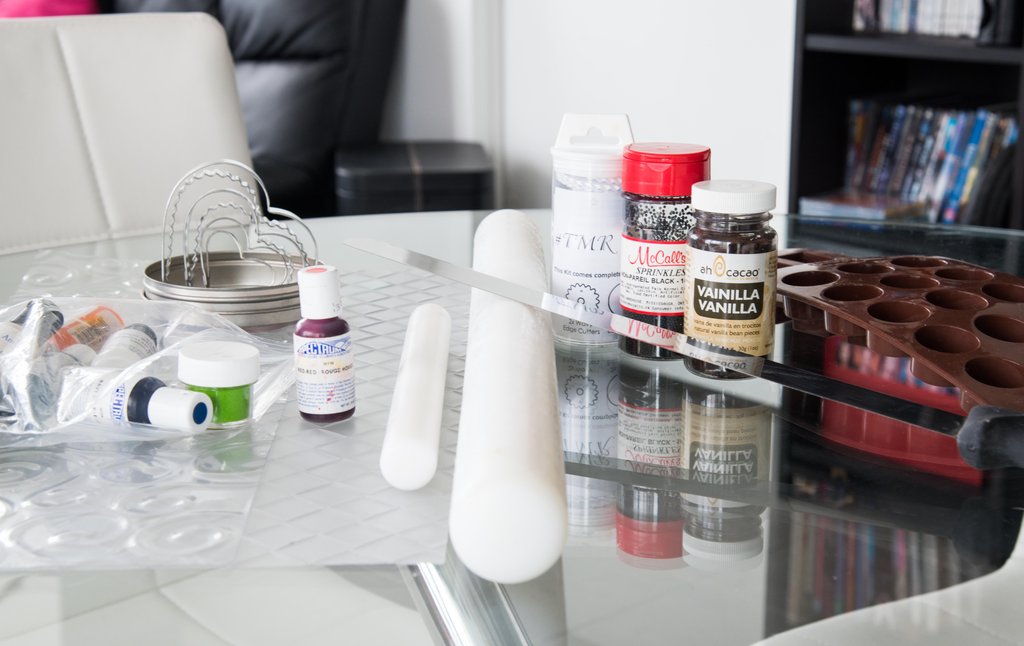 Herrera brought these jícaras back from a trip to Playa del Carmen, her favourite vacation spot. They’re for drinking mezcal, not tequila:

Herrera lost two-thirds of her cookbook collection when her Fairbank home flooded. Here are a few of the survivors: 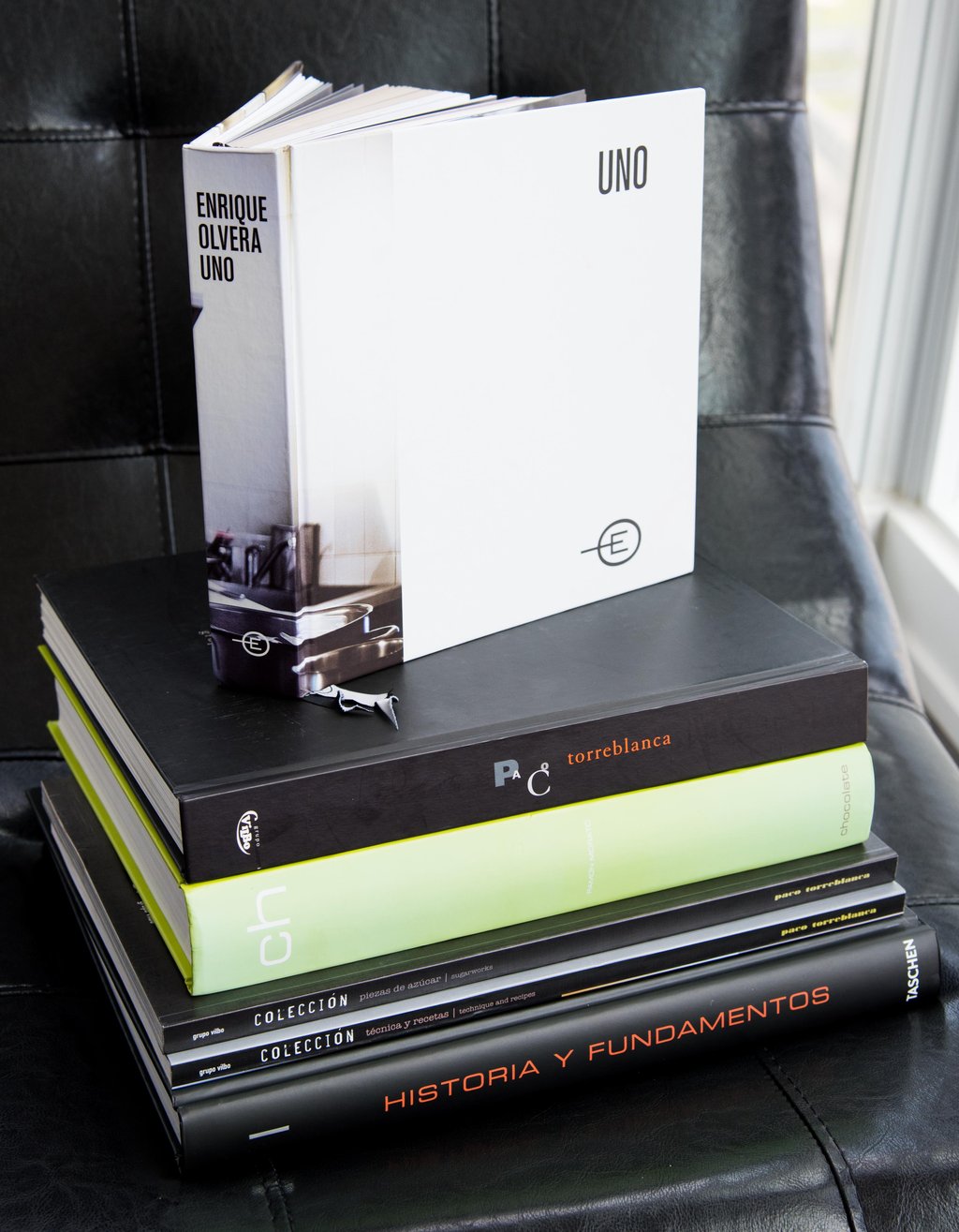 Herrera made this elastic ball while working for Massimo Capra at Mistura:

To unwind, Herrera likes to paint with watercolours. Recently, she took that hobby to her kitchen walls: she painted one mural herself, then asked Paulina Varela, an El Caballito cook, to paint a second one:

Real Weddings: Inside a secret elopement at a glamping resort in Grafton