Working for the Four Seasons has taken Café Boulud chef Sylvain Assié around the globe. His most recent hotel tenure brought him to Toronto in 2010 with his wife, Charline Leroy, and seven-year-old daughter, Chloé. It took the couple six months of house hunting to settle on this East York semi. Although the interior was dated, the house was on a subway line and close to a French school for Chloé. Soon after moving in, they updated the living areas; Assié, however, has yet to tackle the kitchen, which he says will be a total gut job. 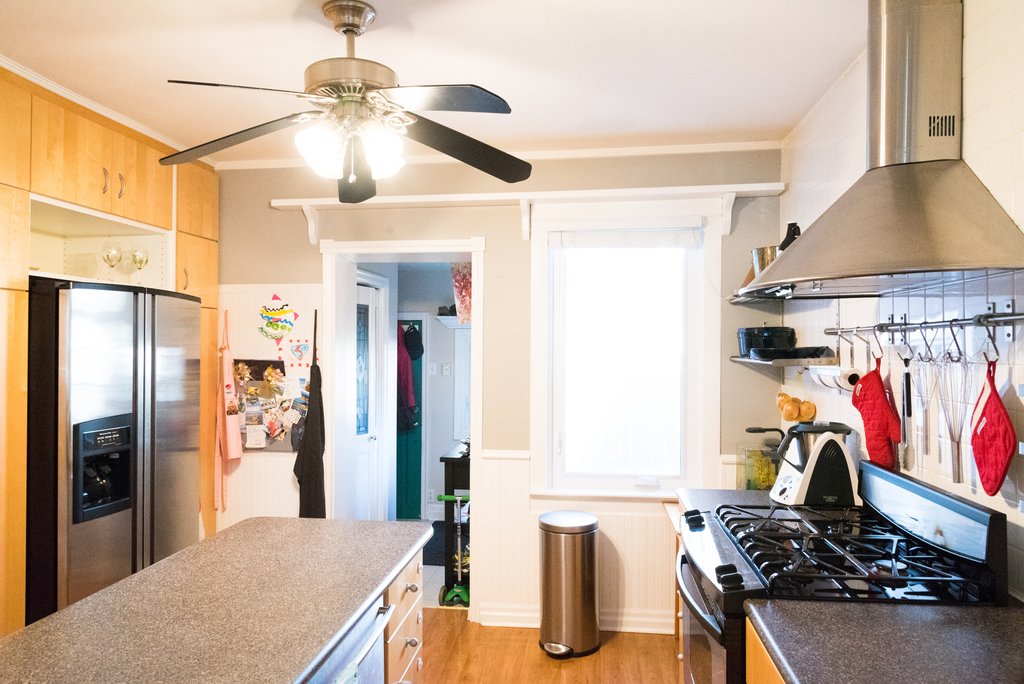 There’s a grand total of three things Assié likes about his kitchen: the gas range, the proximity to the backyard (Assié is an all-season griller), and—compared to their teeny condo kitchen of five years—the size. Even the gas range has its issues, though. Assié is contemplating swapping it out for an induction option; it would be safer for Chloé and their kitty, Lily, who tends to run across the counters. 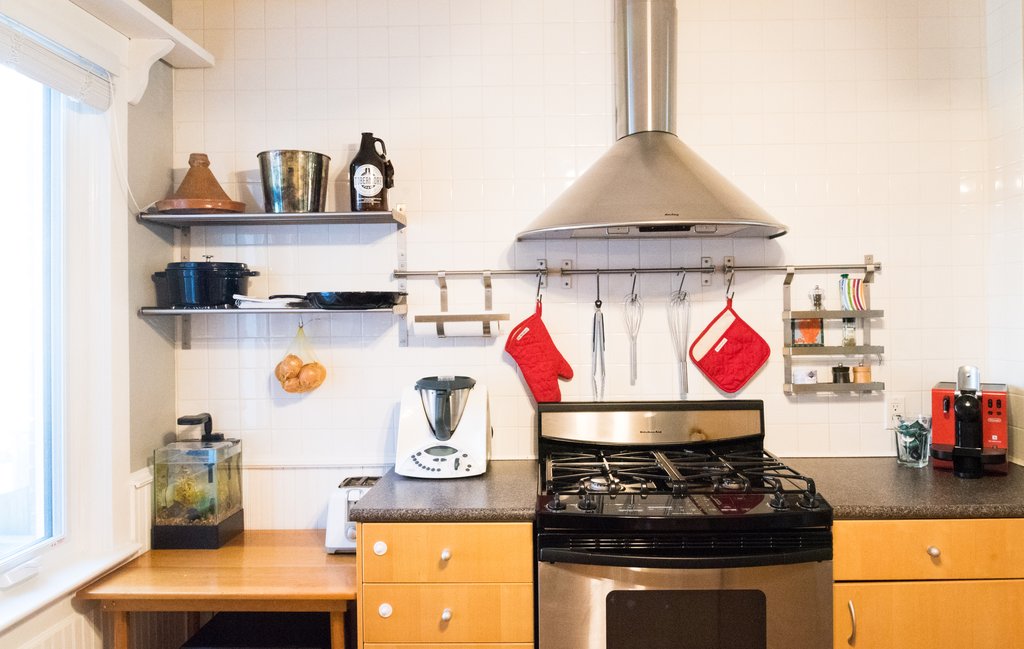 Assié does most of the family’s grocery shopping in their neighbourhood. For meat, he’ll hit up Stock in Trade; the owner is friendly and makes some fabulous sausages, including a good merguez, and whole roast chickens for easy weeknight meals. (It’s a good bird, notes Assié, though not as good as his own.) For produce, eggs and milk, Rowe Farms is his go-to, and Petite Thuet is the family’s bread destination—a Thuet baguette usually disappears shortly after purchase. For everything else, they’ll go to the nearby Loblaws.

Leroy handles most of the weekday meals, while Assié cooks on his days off. On Sunday mornings, the family goes out for brunch. They like to try new restaurants Leroy reads about, and last weekend they visited Bodega Henriette. Colette is up next since Assié’s ex-sous chef has taken over its kitchen. Monday and Sunday nights mean family dinners, which are typically simple affairs. “Dinner is usually a protein and some vegetables,” says Assié. Leroy is a more adventurous home cook than her husband; she’ll whip up things like stir-fries and ssäms, and will often buy random ingredients just to try them out. 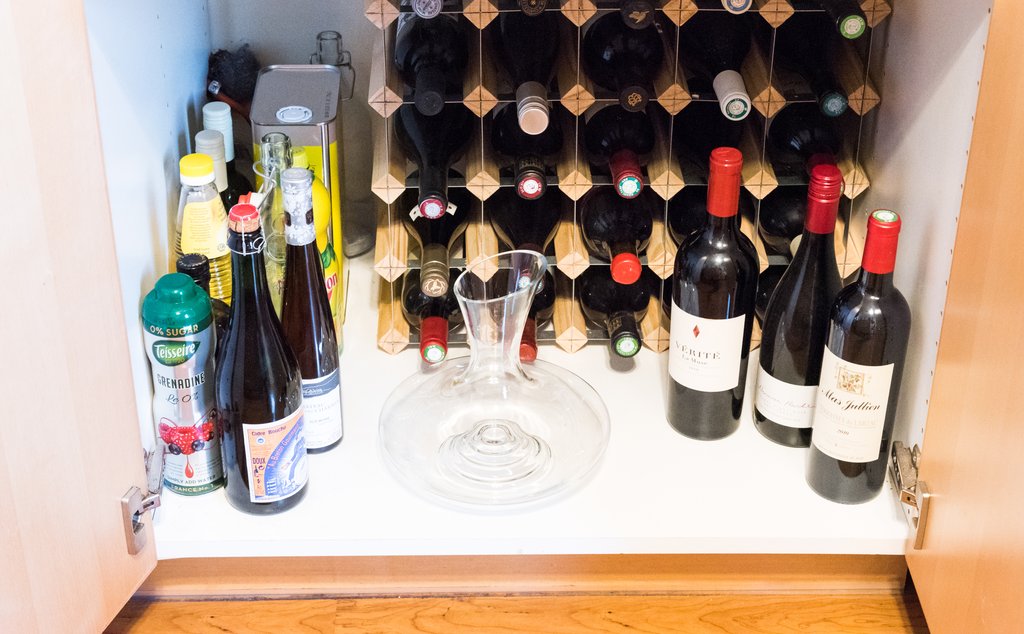 Assié and Leroy don’t host many dinner parties, but when they do, they pull out this raclette grill. “It makes for an easy party,” Leroy says. “Everything is prepared in advance, so you can enjoy the time with your friends,” she says. They bought this one at Canadian Tire:

It wouldn’t be a chef’s kitchen without some quality knives: 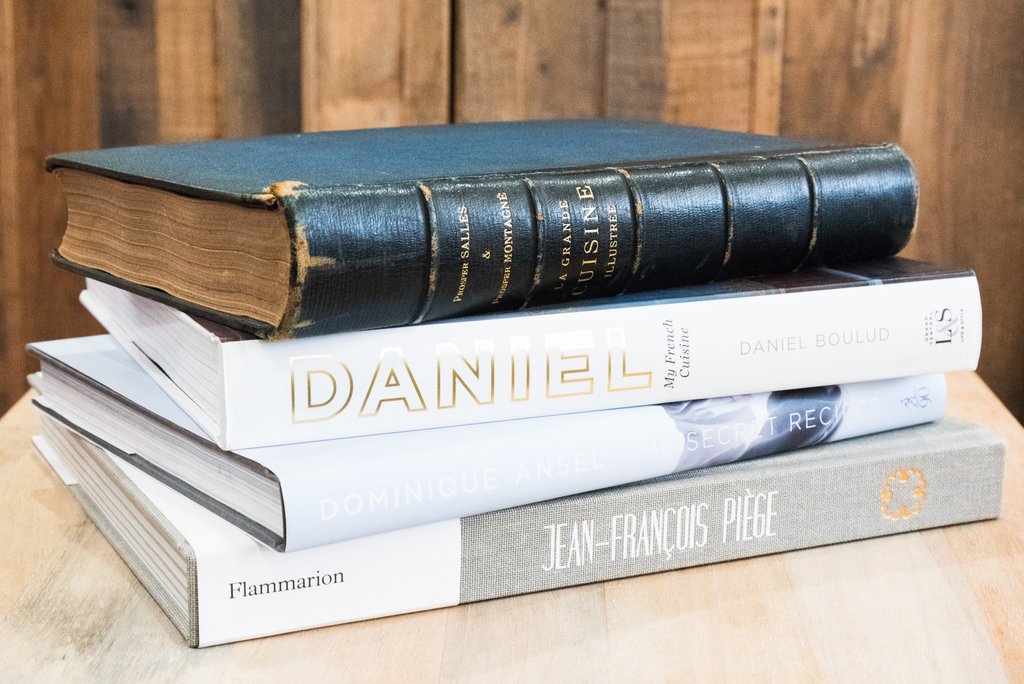 Missing from the photo: Chloé.

With Chloé out of the picture, Lily gets the spotlight: