For the third year in a row, Toronto’s top chefs have volunteered to cook together for a cause. The Chefs for Change series in support of Community Food Centres Canada—an organization that builds healthy food infrastructures in low-income areas—hosts five ticketed dinners at Propeller Coffee Co., the second of which took place on January 26. Each dinner sees a different group of chefs collaborate on a multi-course menu, with students from George Brown’s culinary school lending some helping hands. This year’s roster of chefs includes Alo’s Patrick Kriss, O&B’s Anthony Walsh, DaiLo’s Nick Liu and Montreal’s Antonio Park. To date, the initiative has raised $115,000. Here’s how the second night of the series went down. 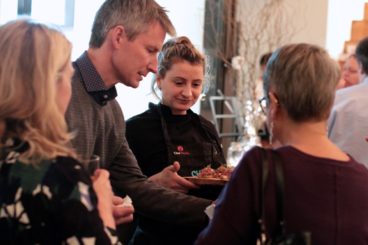