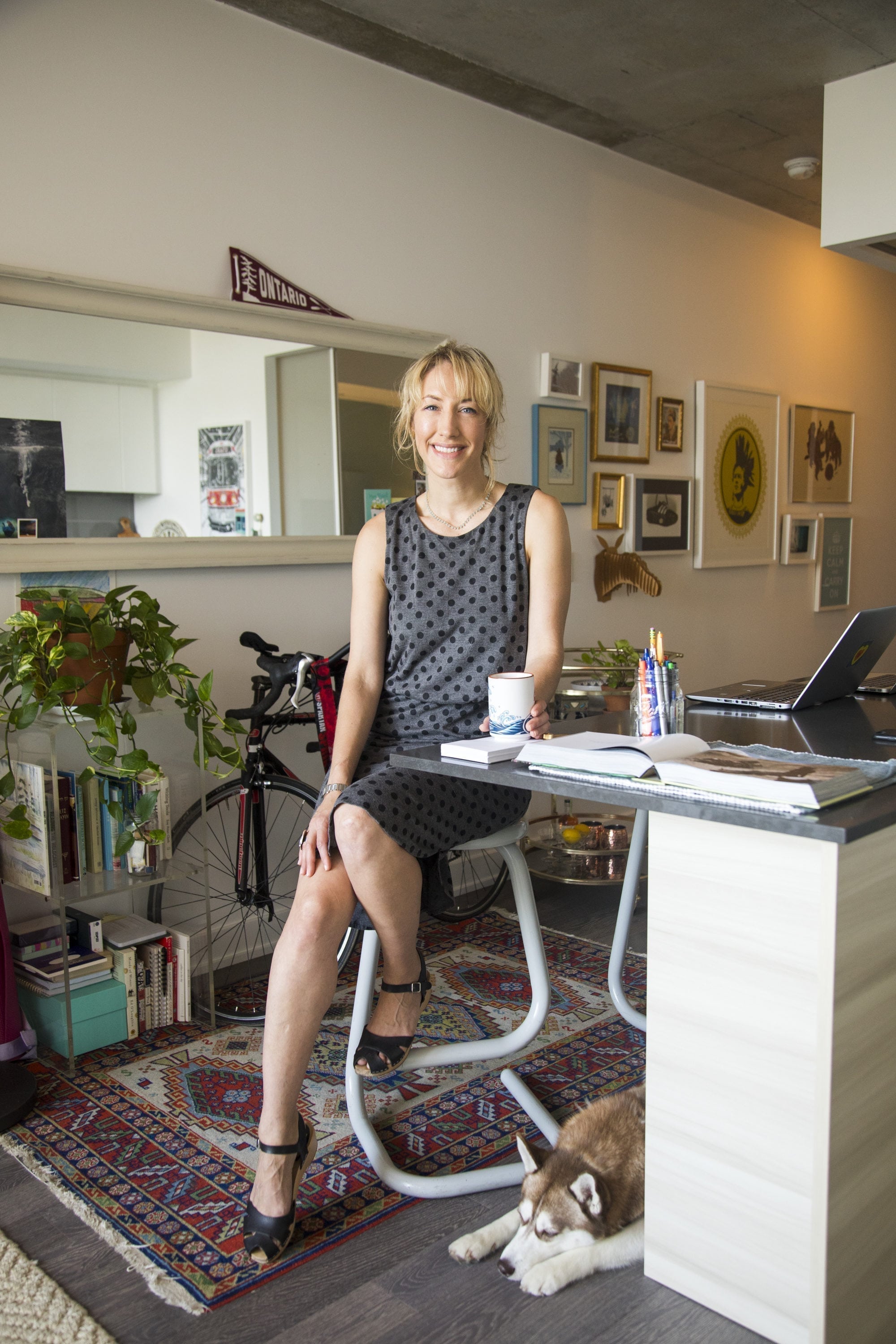 For years, Tania was unsure whether she wanted to be a homeowner. While working as a business journalist, she had become intimately familiar with the pros and cons of buying in Toronto. Last winter, though, she decided she was ready to commit to a mortgage.

With a max budget of $375,000, she began hunting. She knew she couldn’t afford a surfeit of square feet, but she wanted a unit that was, at least, private and filled with natural light.

The condo she eventually bought was at the absolute high end of what she could afford, but she was immediately enamoured: it had a bedroom that was separated from the living space by some sliding walls, plus a pint-size patio that looked out onto a tree canopy below. It felt tranquil, and it didn’t seem like it would require any major renovations.

“I can’t believe how much I paid, and I am embarrassed to some extent,” Tania says. “I really do love it, though. It’s perfect.”

She was already well versed in small-space living. Because she travelled so much for work—she’s lived in Tel Aviv, Jordan and Mexico—she’s used to living carry-on light. She once had a tiny New York apartment, and a place in Nepal that was barely bigger than her current closet.

When it came to furnishing the tiny one-bedroom, she consulted with a decorator, but most of the advice she received was beyond her budget. In any case, she didn’t want her home to look like she had ordered it out of a West Elm catalogue. Tania’s personal style is a blend of yoga calm, punctuated with whimsy and humour, exemplified by her Honest Ed’s decor: 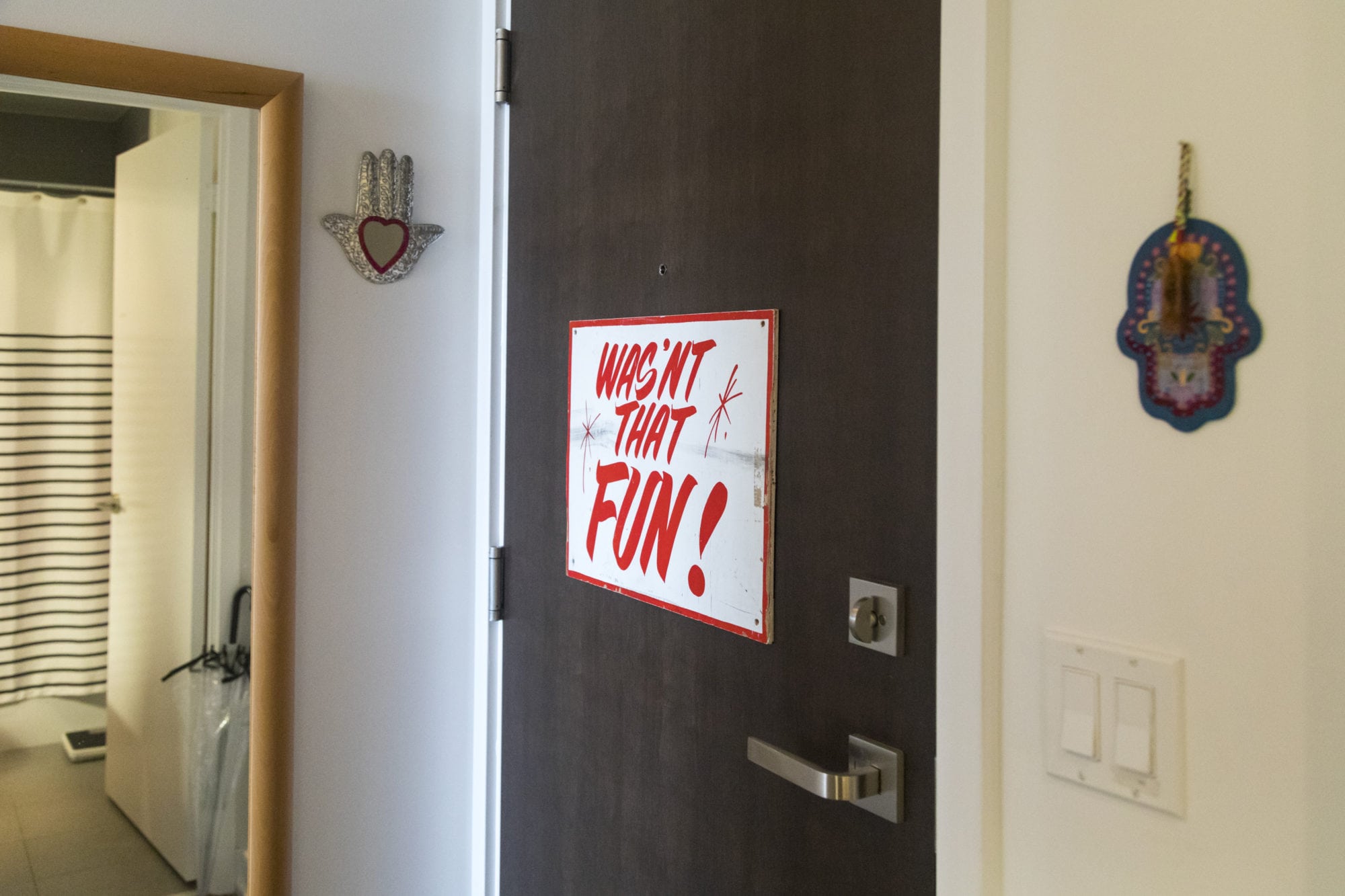 She returned five separate carpets before settling on this sand-coloured one. She likes how soft it is, and the fact that it somewhat resembles a beach next to her blue pullout couch, which doubles as a guest bed: 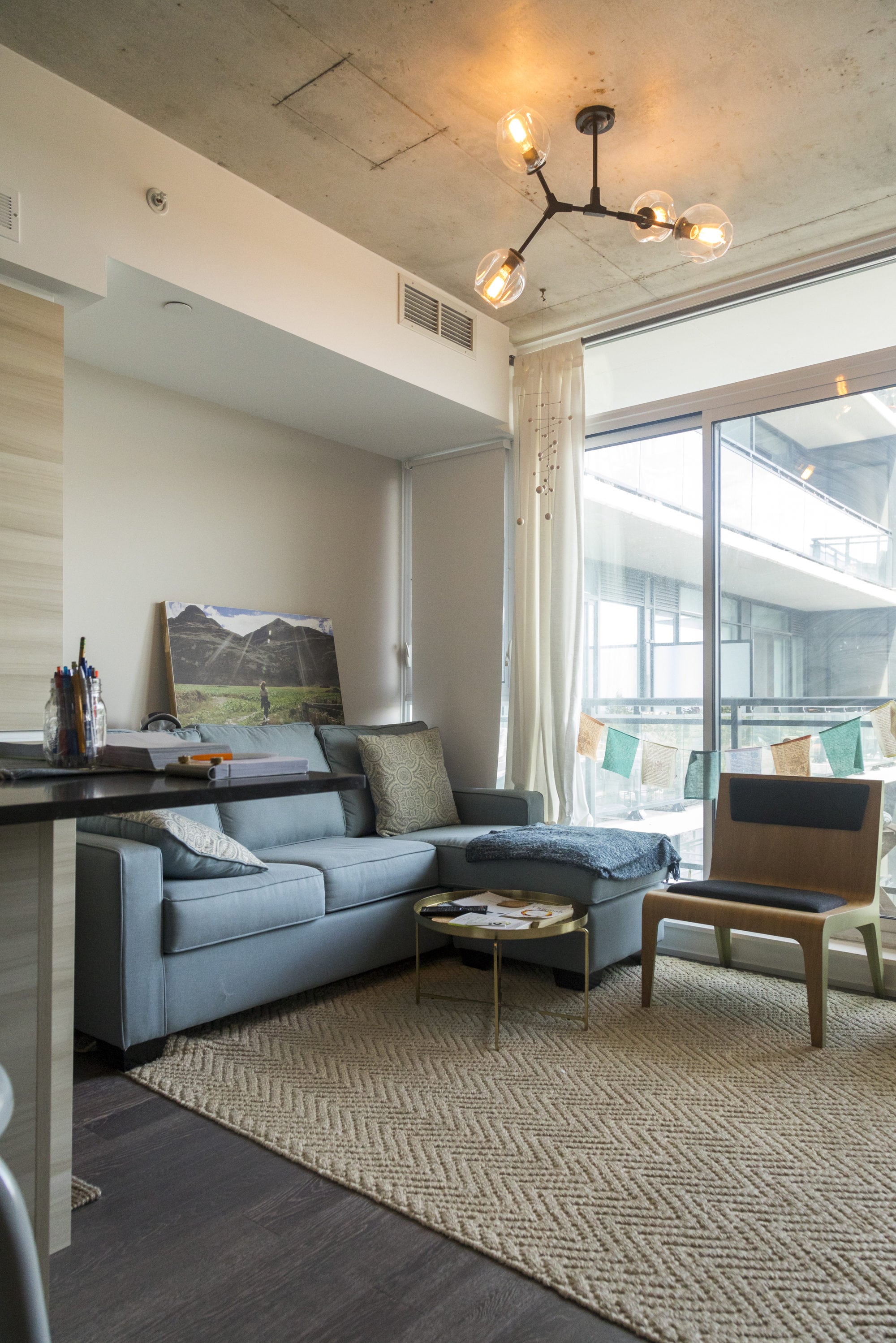 Tania makes excellent use of her vertical space: Instead of cluttering counters with tchotchkes, she hangs whimsical mobiles from the ceiling. She likes to lie on the floor and look up at them. This Danish mobile was a gift from Tania’s sister. It was designed by Ole and Christine Kit Flensted: 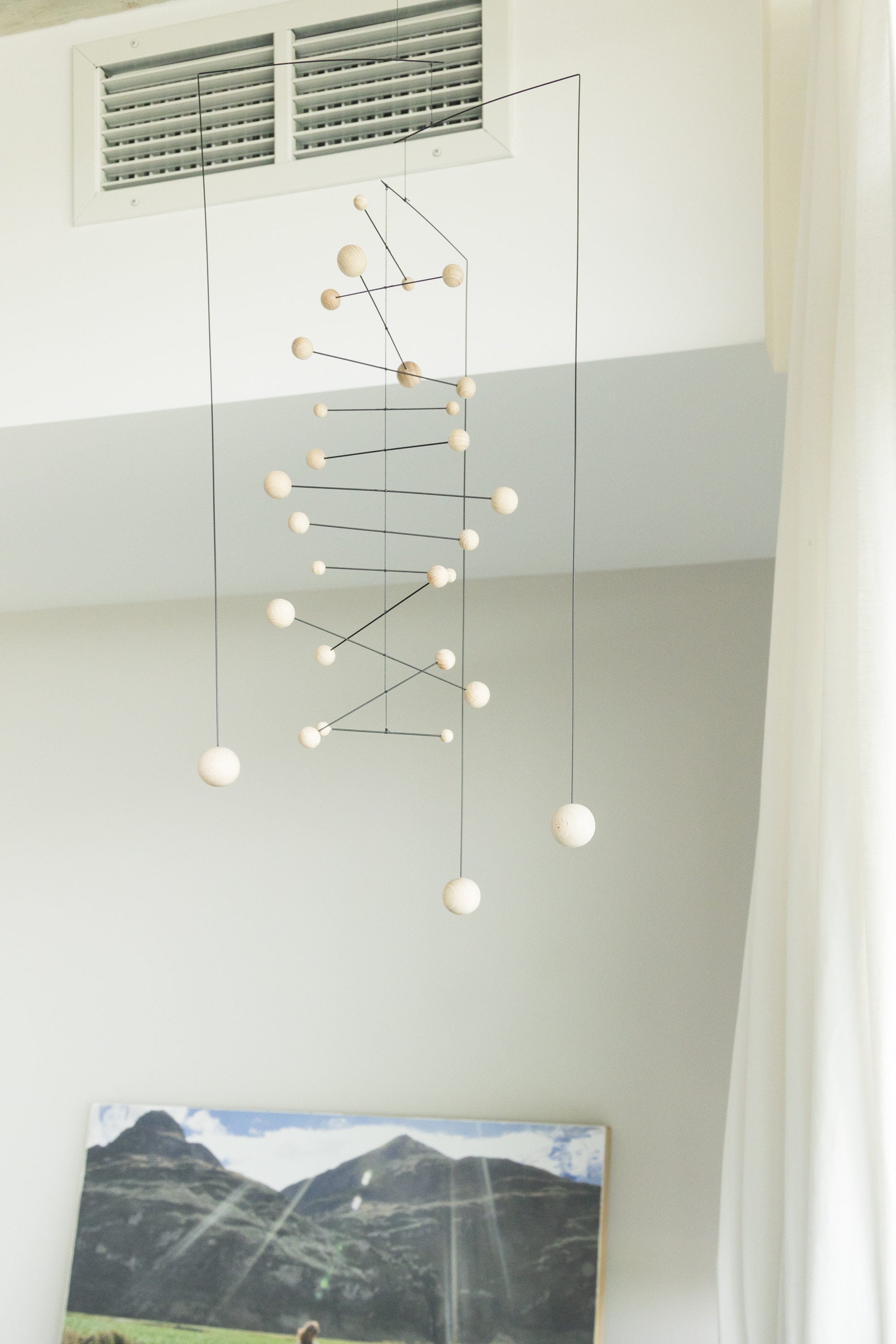 Another space saver that makes great use of the unit’s high ceilings is this Sapiens bookshelf, which she ordered from Sedie Design: 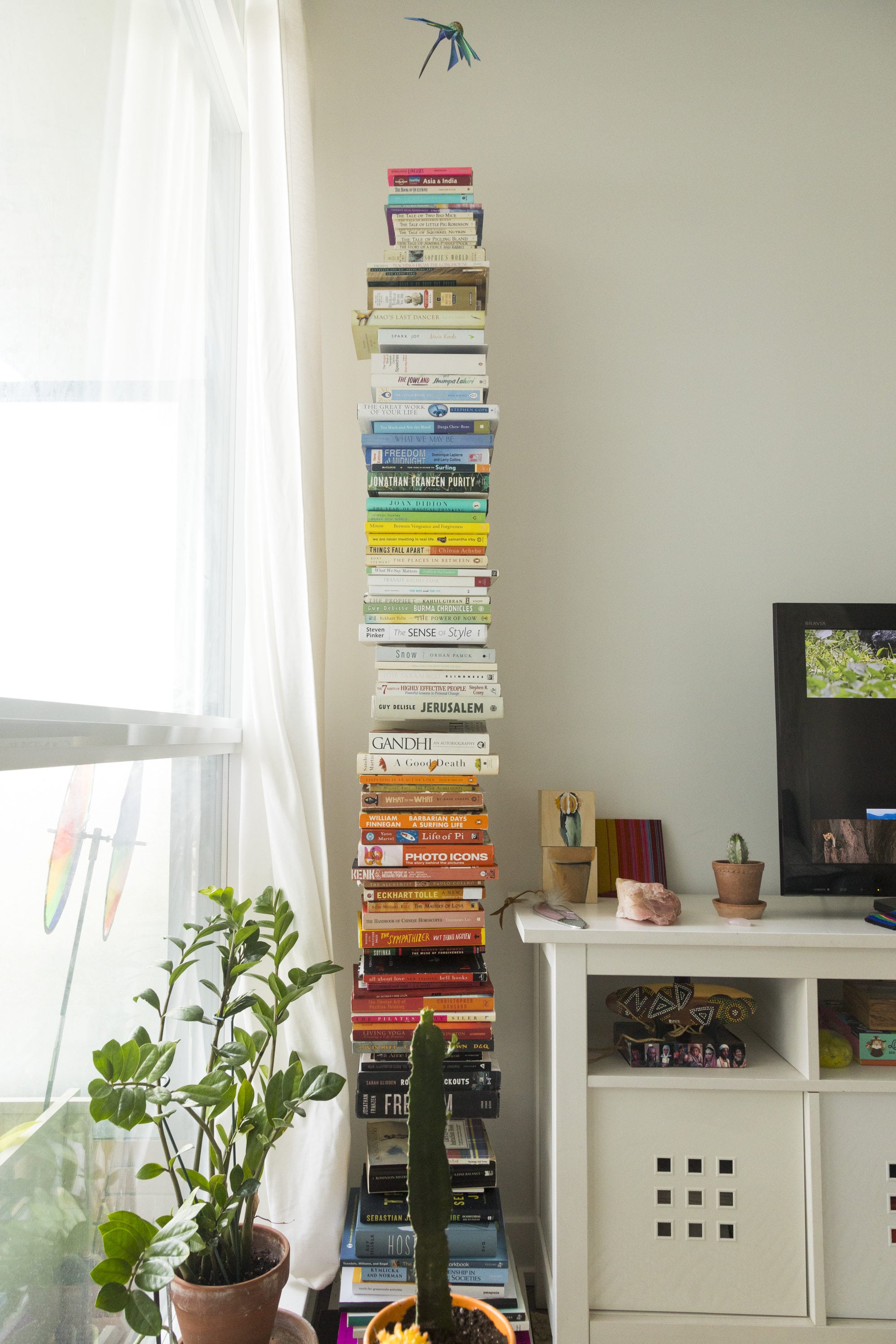 There’s no window in Tania’s bedroom. To make mornings more cheerful, she programs a Nanoleaf light to wake her up: 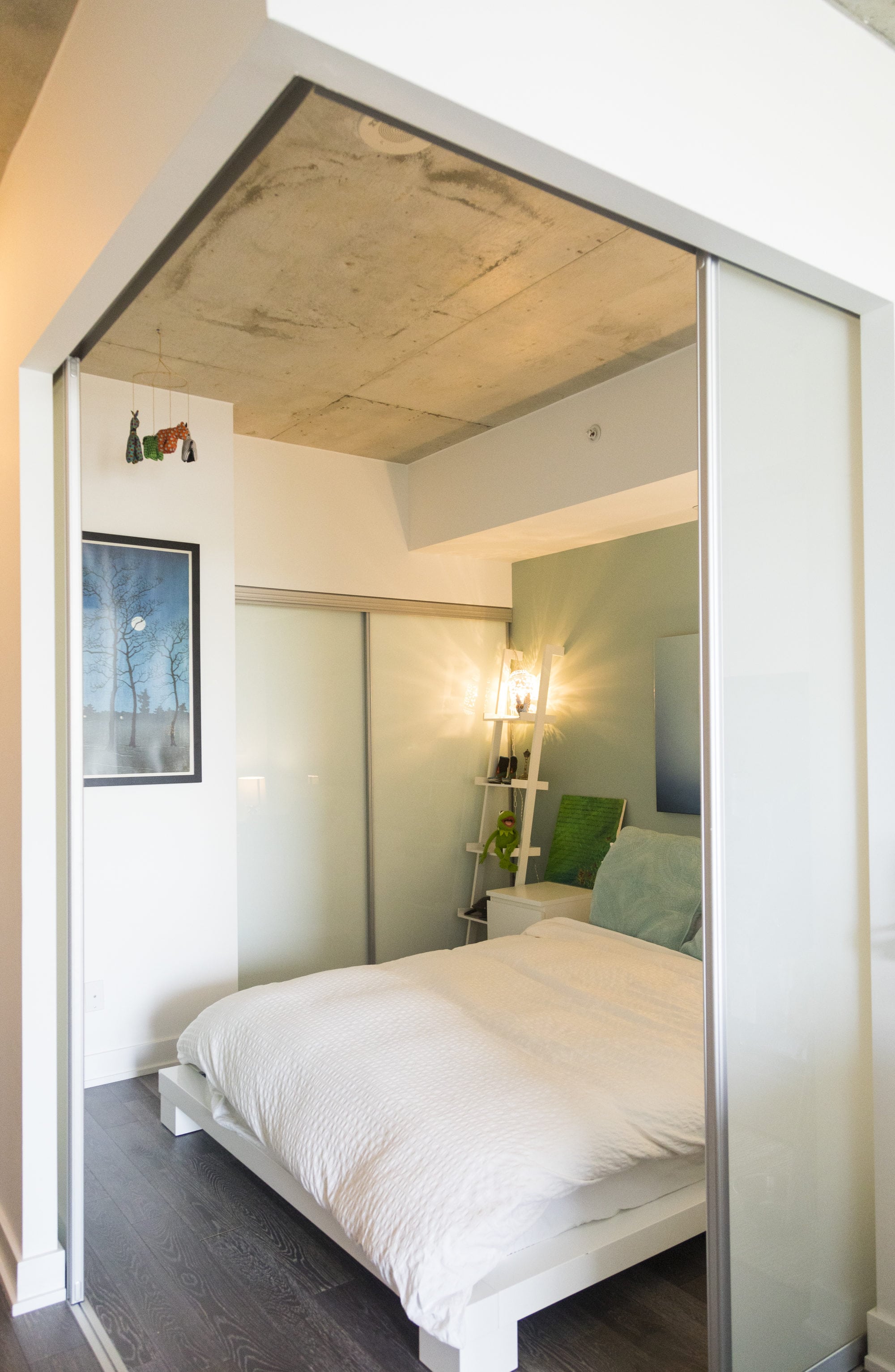 Instead of doubling up on chairs, Tania moves her furniture around depending on where she’s entertaining: 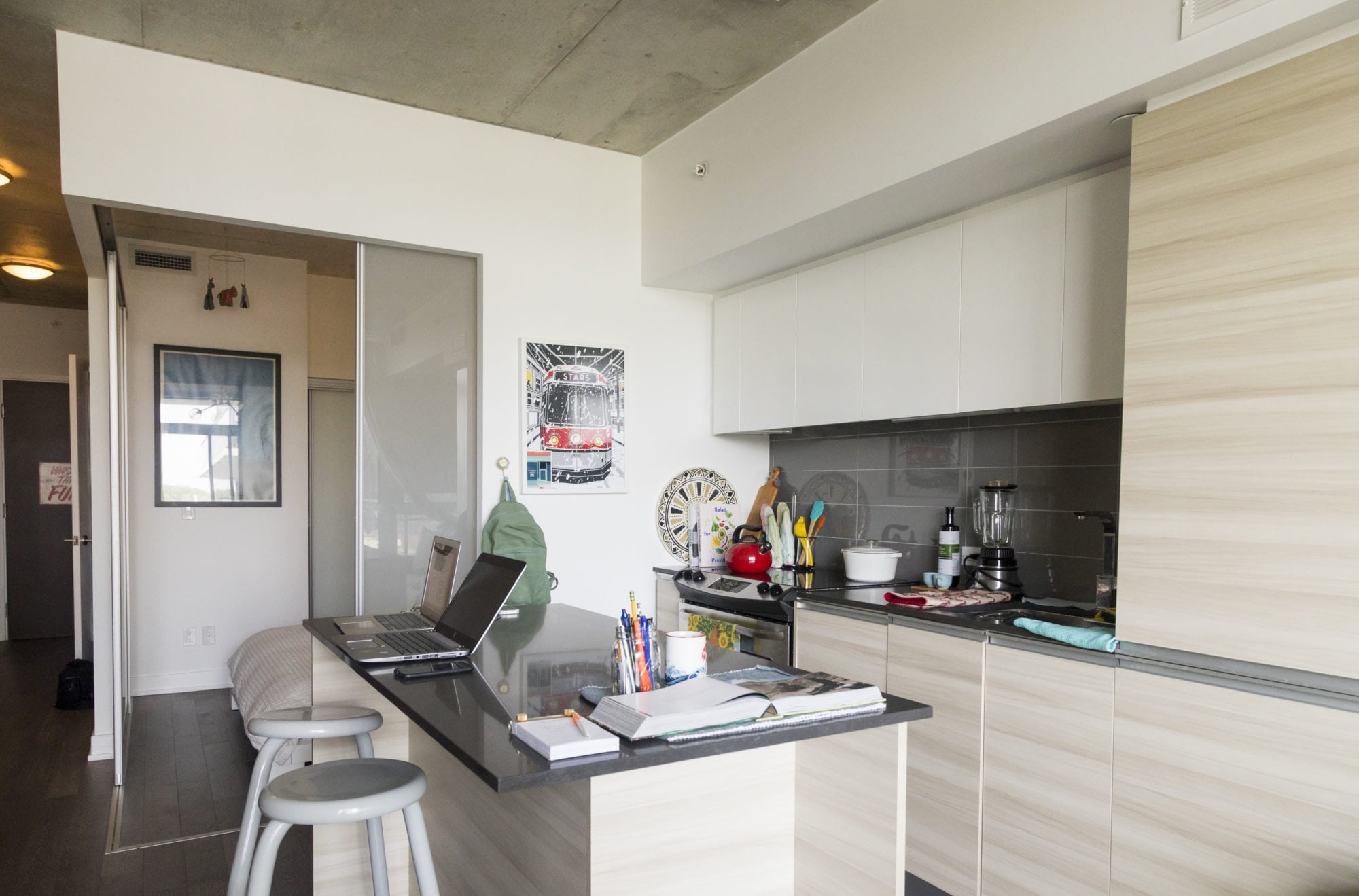 She recently moved back into the condo after a few months of living with her now ex-partner. “It didn’t work out,” she explains. “The moment I came back I was just so happy. This is my place—it’s my haven.”