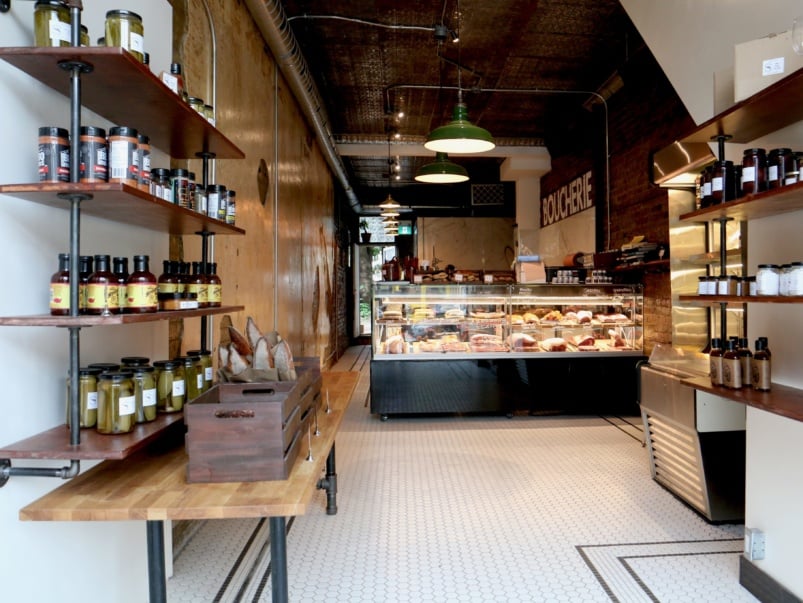 “When Chantecler burned down, we were feeling pretty dark about it,” says Wharton-Shukster, whose Parkdale bistro caught fire last November. Even though it was a smallish electrical fire, it will be a minute before Chantecler is back up and popping bottles and oysters. So, what’s a restaurateur to do without a restaurant? Why, open another restaurant, of course! And this one—named after the mythological bird that’s born from its own ashes—just happens to be right across the street. However, unlike the phoenix, which has a legendarily long lifespan, Le Phénix won’t be around that long.

A few Chantecler favourites (chicken liver pâté, steak tartare, French onion soup) are on the menu at Le Phénix, but chef Peter Robson has created a number of new French plates for the pop-up. Here’s a look at a few of the dishes you can nab from now until June.

Sommelier Jenny Lessie has curated an Old World–focused wine list with plenty of funky bottles to choose from. The beers, meanwhile, include craft beer from Quebec (Dieu du Ciel!), Oregon (Oxbow), and Ontario (Halcyon), with some populist brews like Labatt 50 rounding out the list.

After a whirlwind 15-day reno, the narrow 40-seat space isn’t looking half bad. 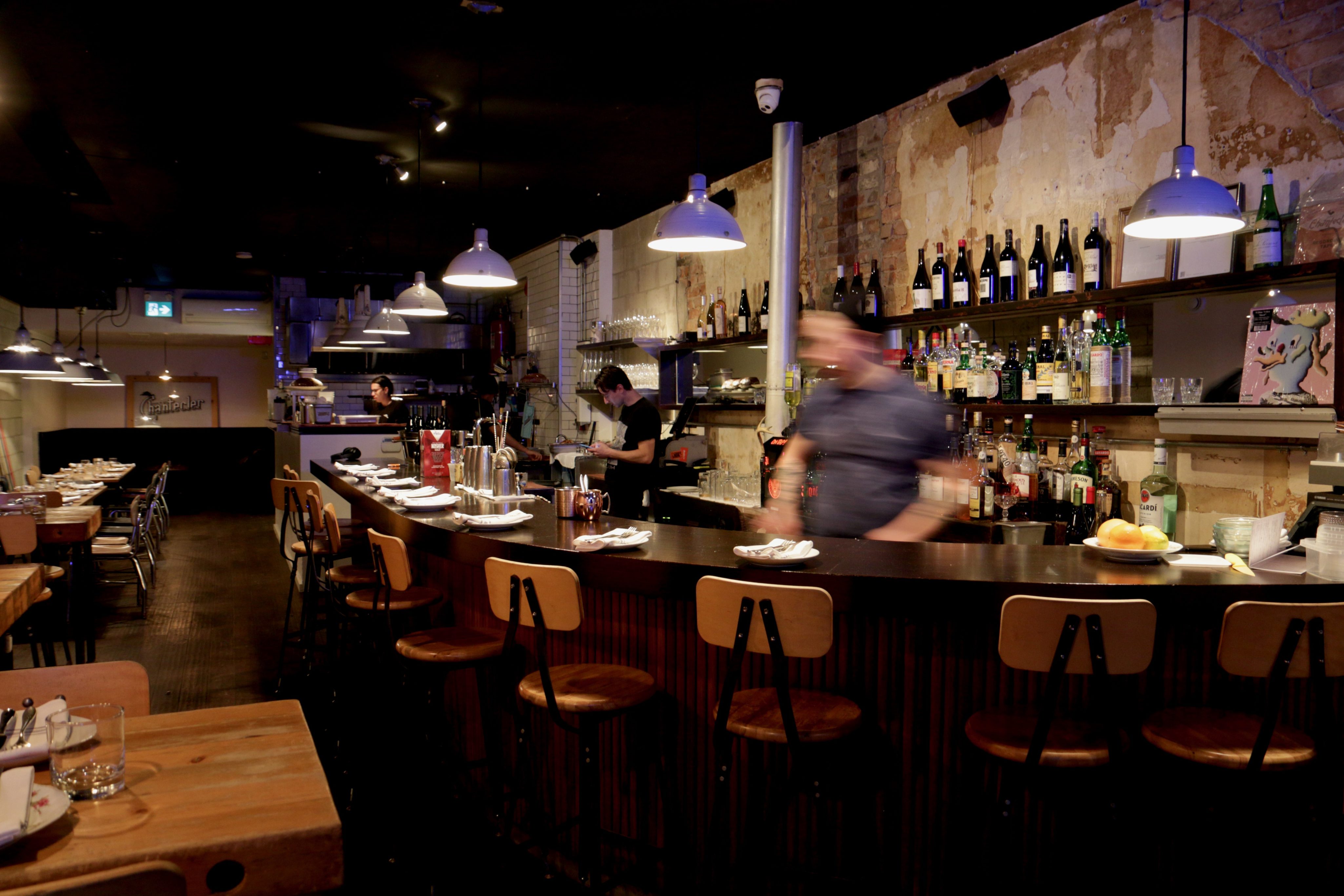 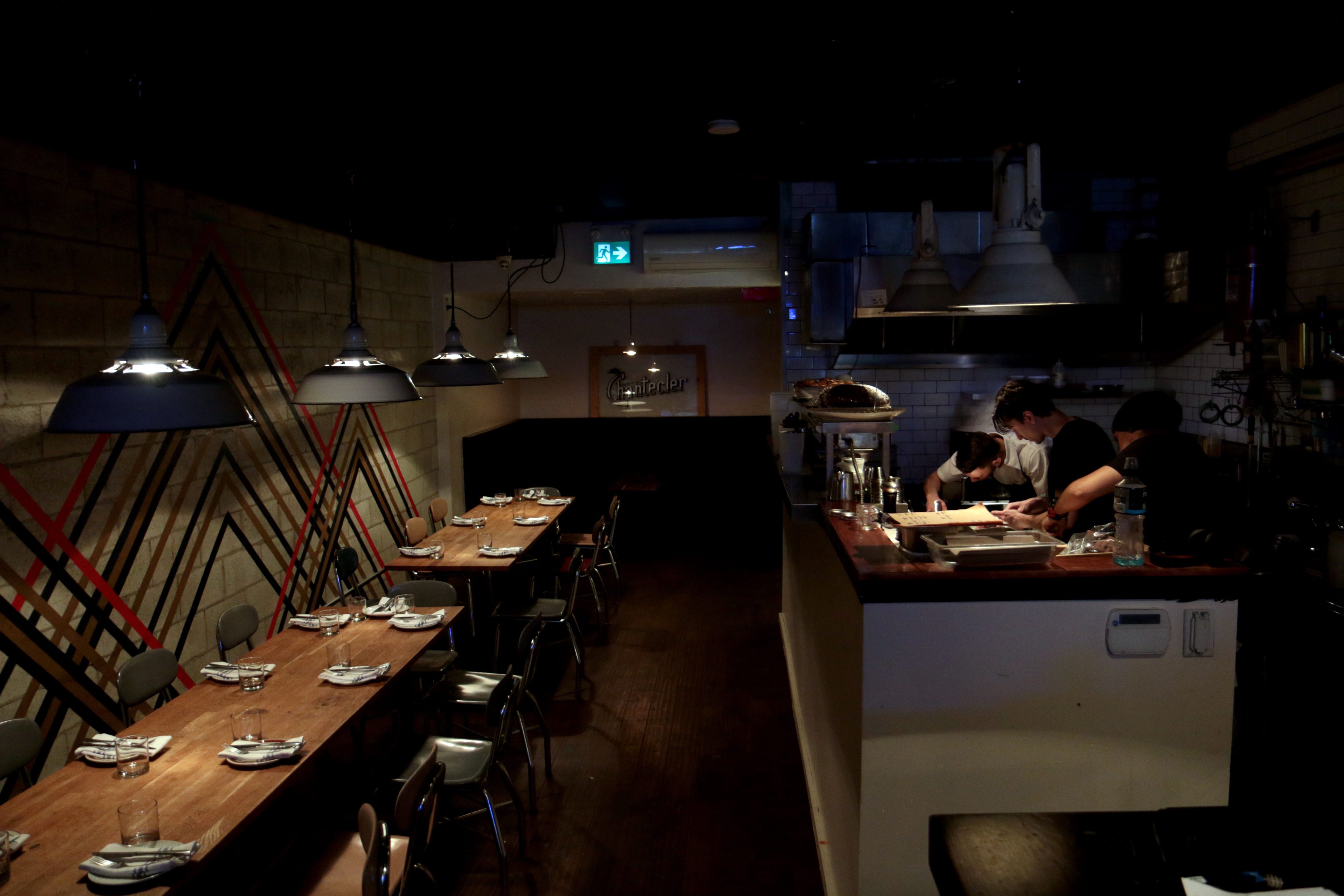 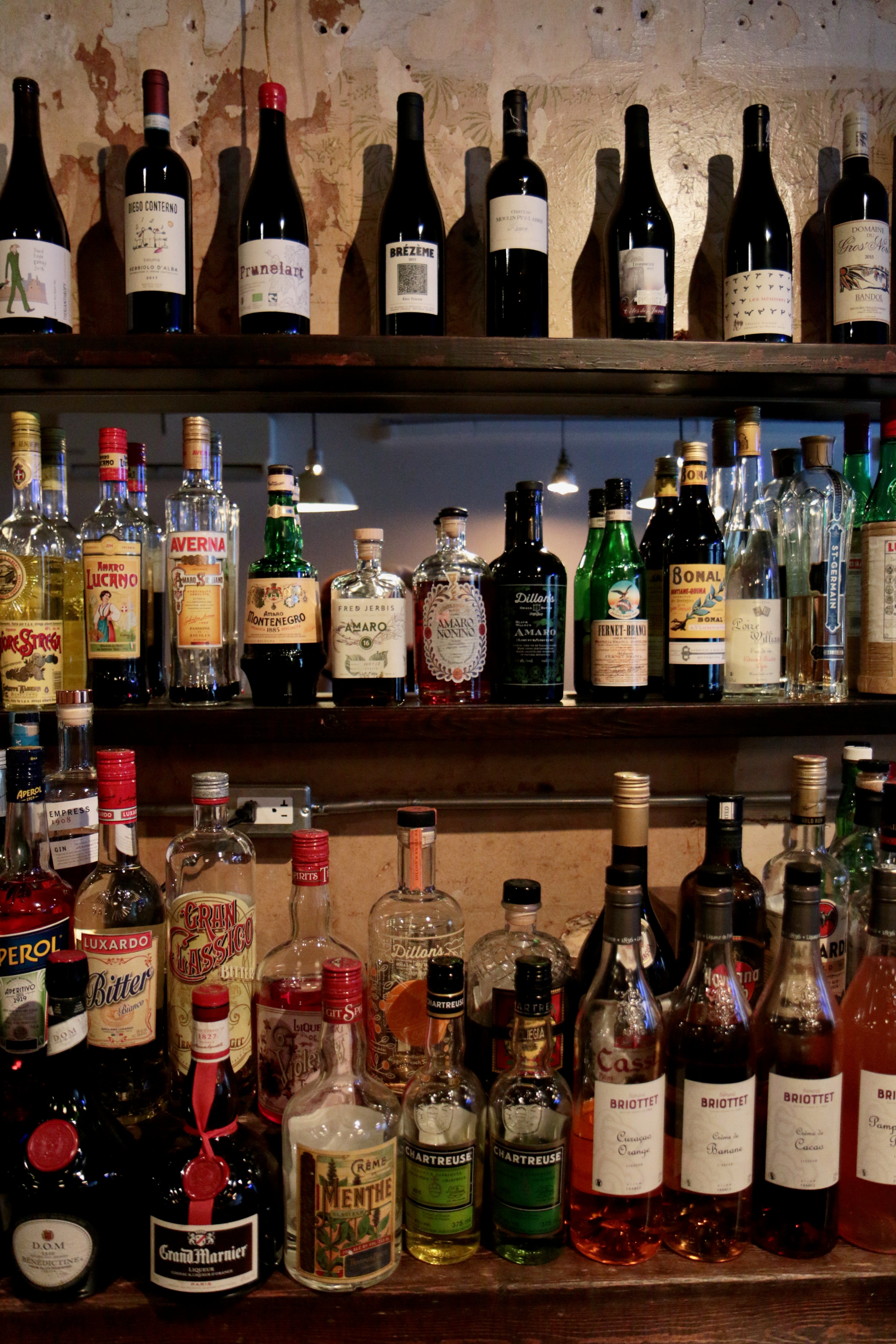 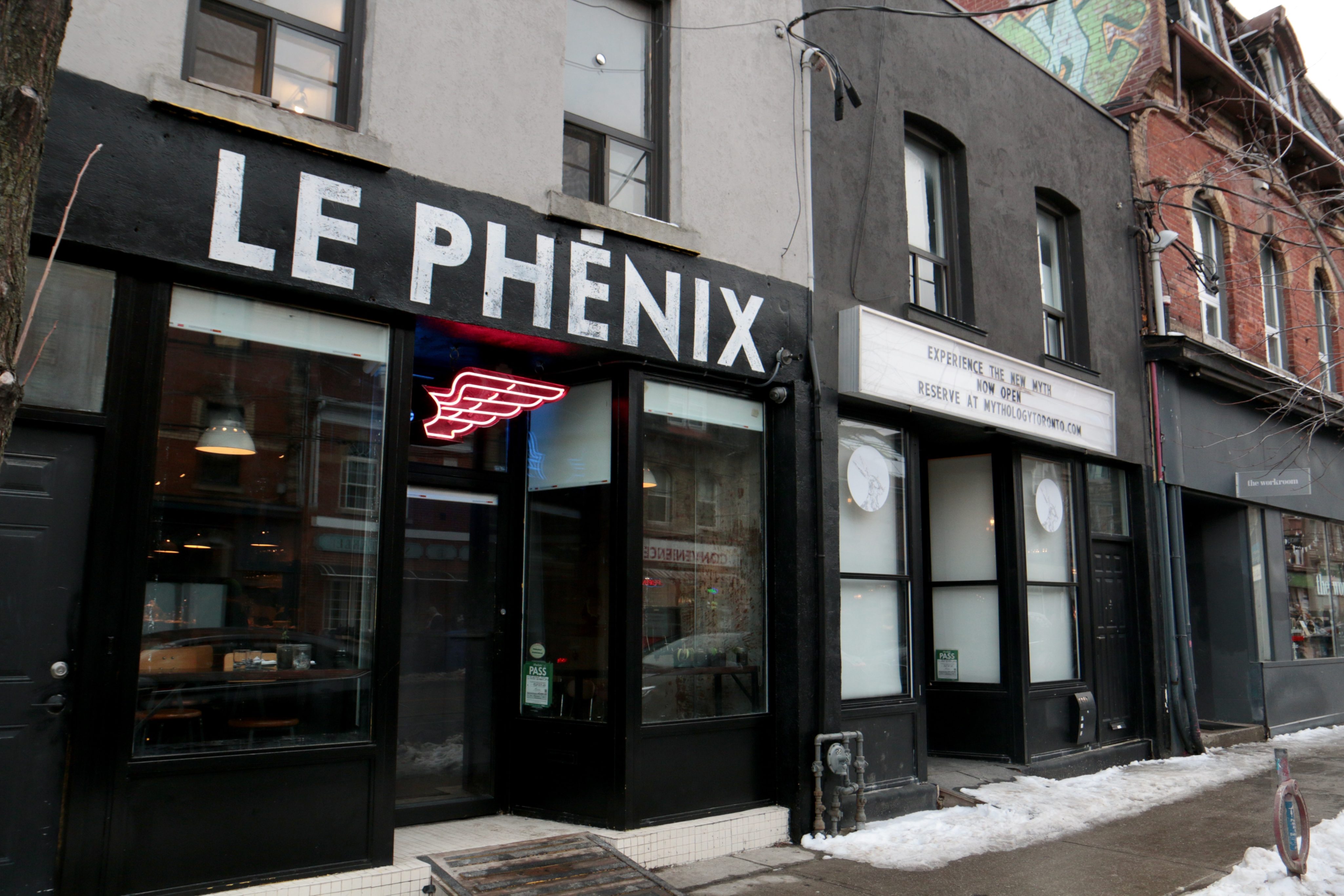