Tired of paying a premium for dry-aged meats and quality charcuterie but dealing with a shoebox-sized kitchen, Chantecler owner Jacob Wharton-Shukster knew he needed more space if he wanted to up the food game at his Parkdale bistro without hiking prices. When the storefront next door became available, he jumped on it. By having its own butcher shop, Chantecler can now dry-age whole animals, preserve heaps of Ontario produce and figuratively flip the bird to the vegan trend sweeping the neighbourhood. “This stands in contrast to what they [the 5700 Inc., the company behind Vegandale] are doing,” says Wharton-Shukster. “They are trying to create a new neighbourhood, whereas we’re trying to serve the community.” Wharton-Shukster knows some of his choice cuts are going to be out of reach of many of his neighbours, but he says he’s trying to do a mix of higher- and lower-priced items. Head butcher Emily Tucker, who was previously doing all kinds of cool stuff with charcuterie at the Drake, is in charge here. Here’s a look at what the shop has to offer.

The Boucherie doesn’t have a huge grab-and-go selection, but there are daily sandwiches. The terrine sandwich stacks a hunk of pâté de campagne and a few tufts of frisée between some dijonnaise-slathered Blackbird baguette ($12): 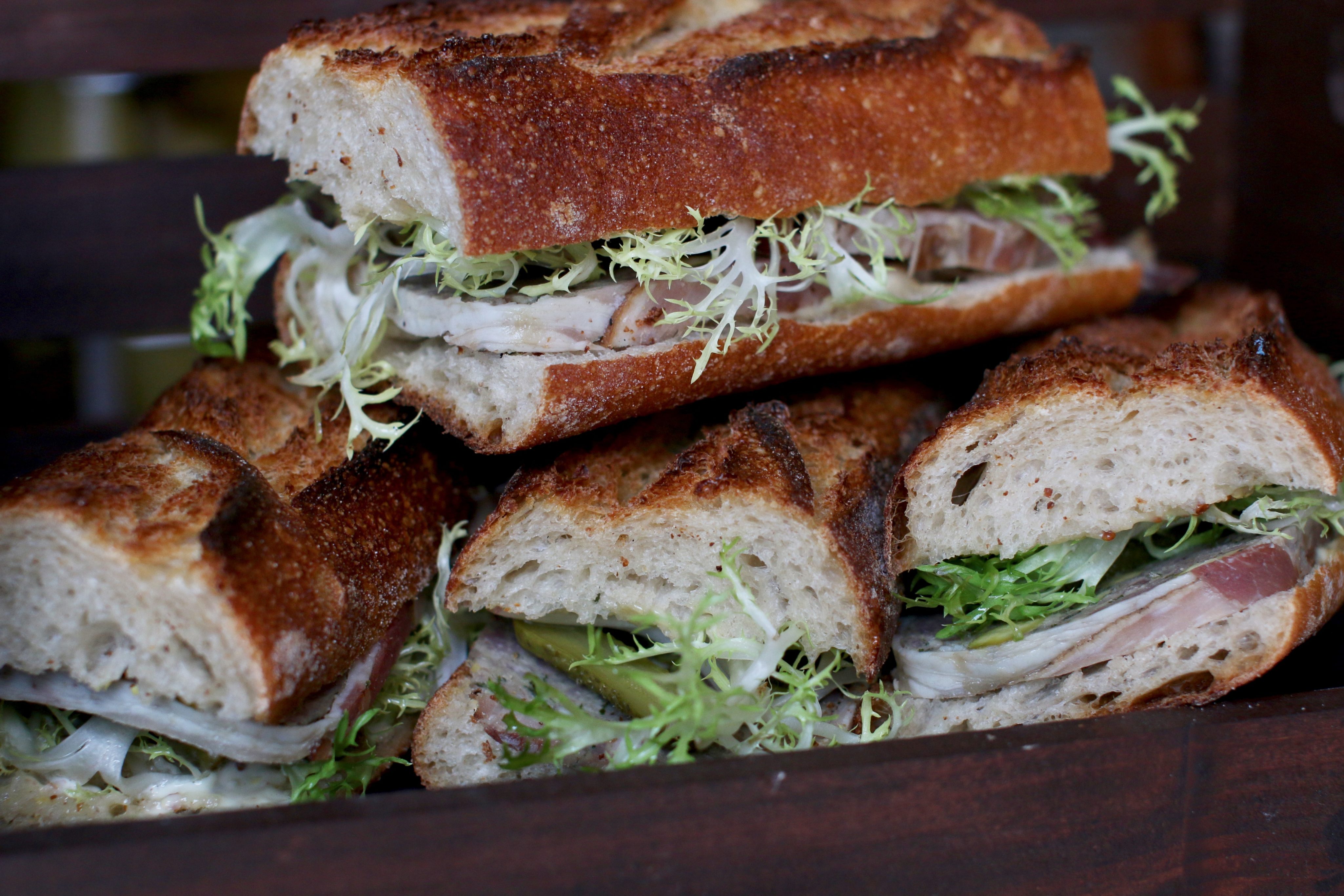 The muffuletta doesn’t mess around with the classic New Orleans formula. For this stack, they pile mortadella and bologna (both house-made) onto some Blackbird focaccia. A few slices of provolone, some mayo and giardiniera finish it off ($14): 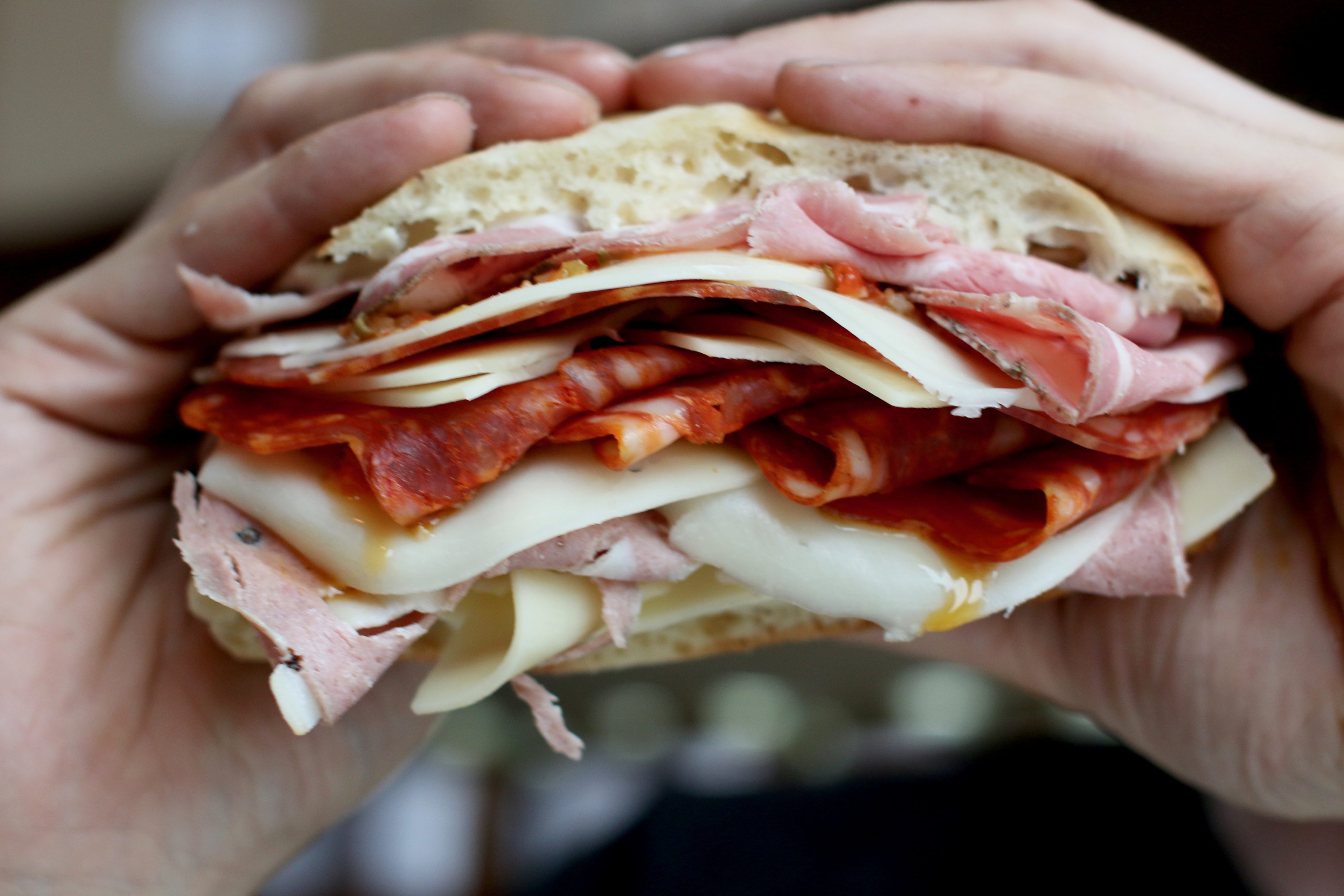 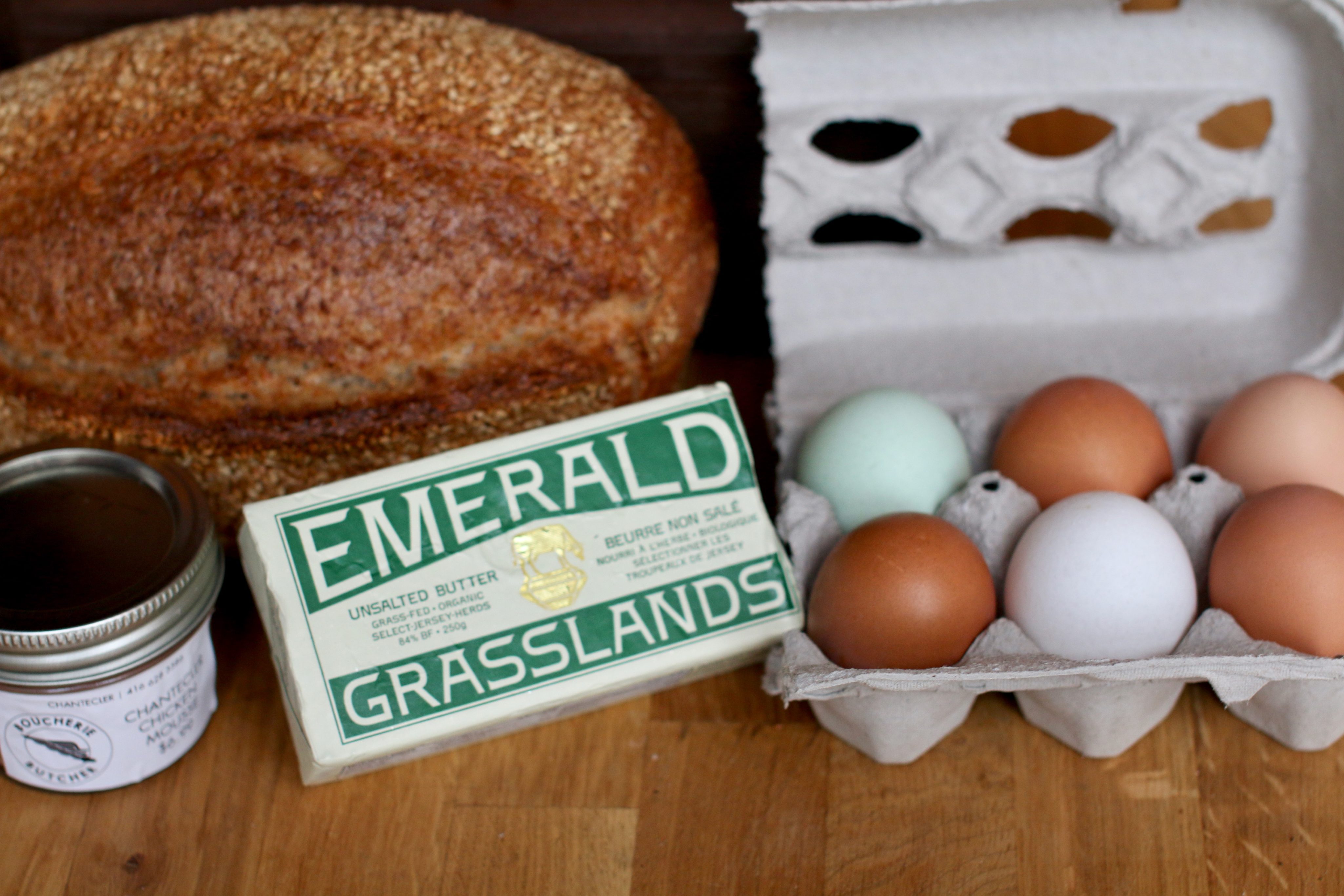 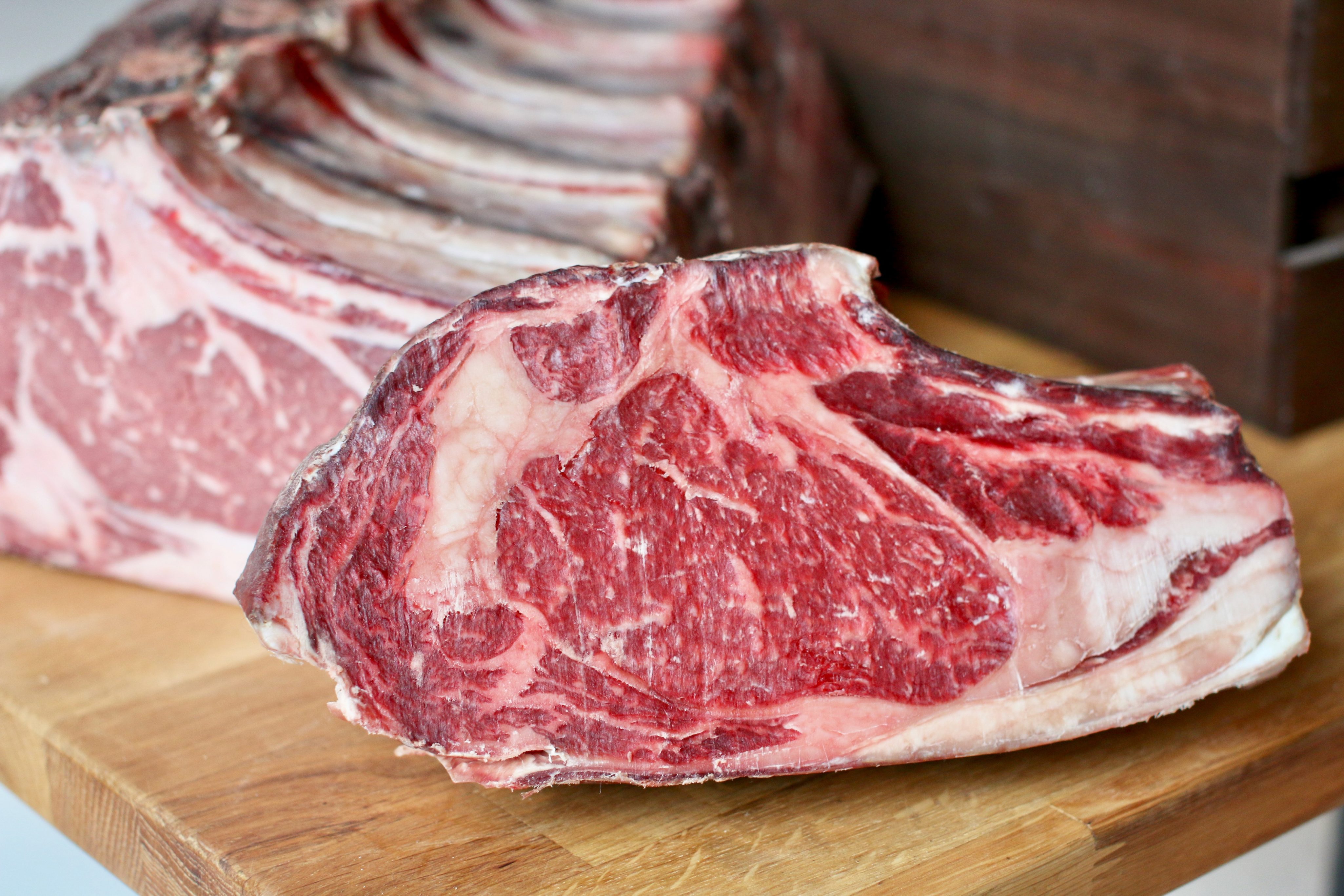 This side of ribs from the same farm is still aging. Aging whole animals means even the lesser cuts get some of that funky tang usually associated with prime cuts: 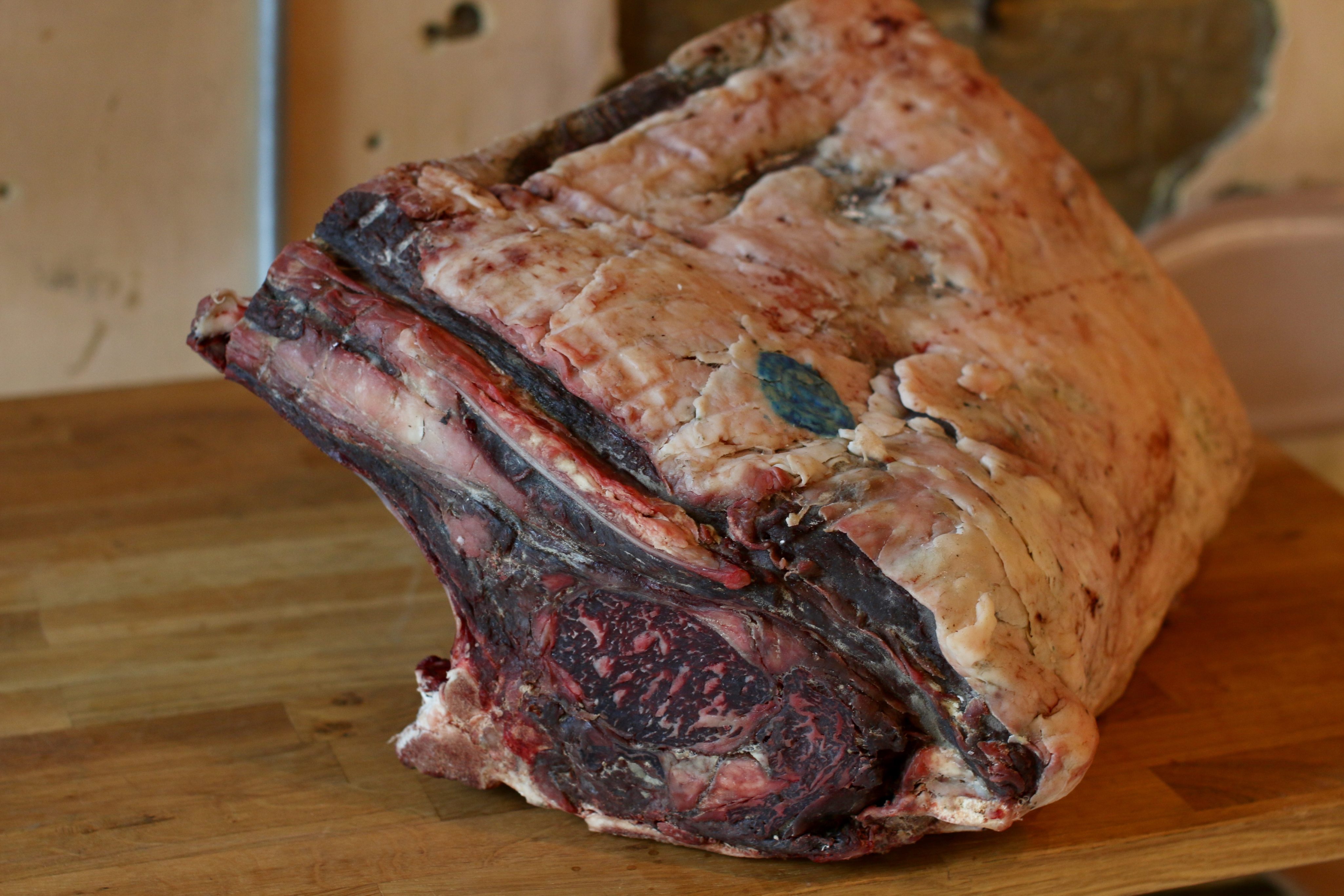 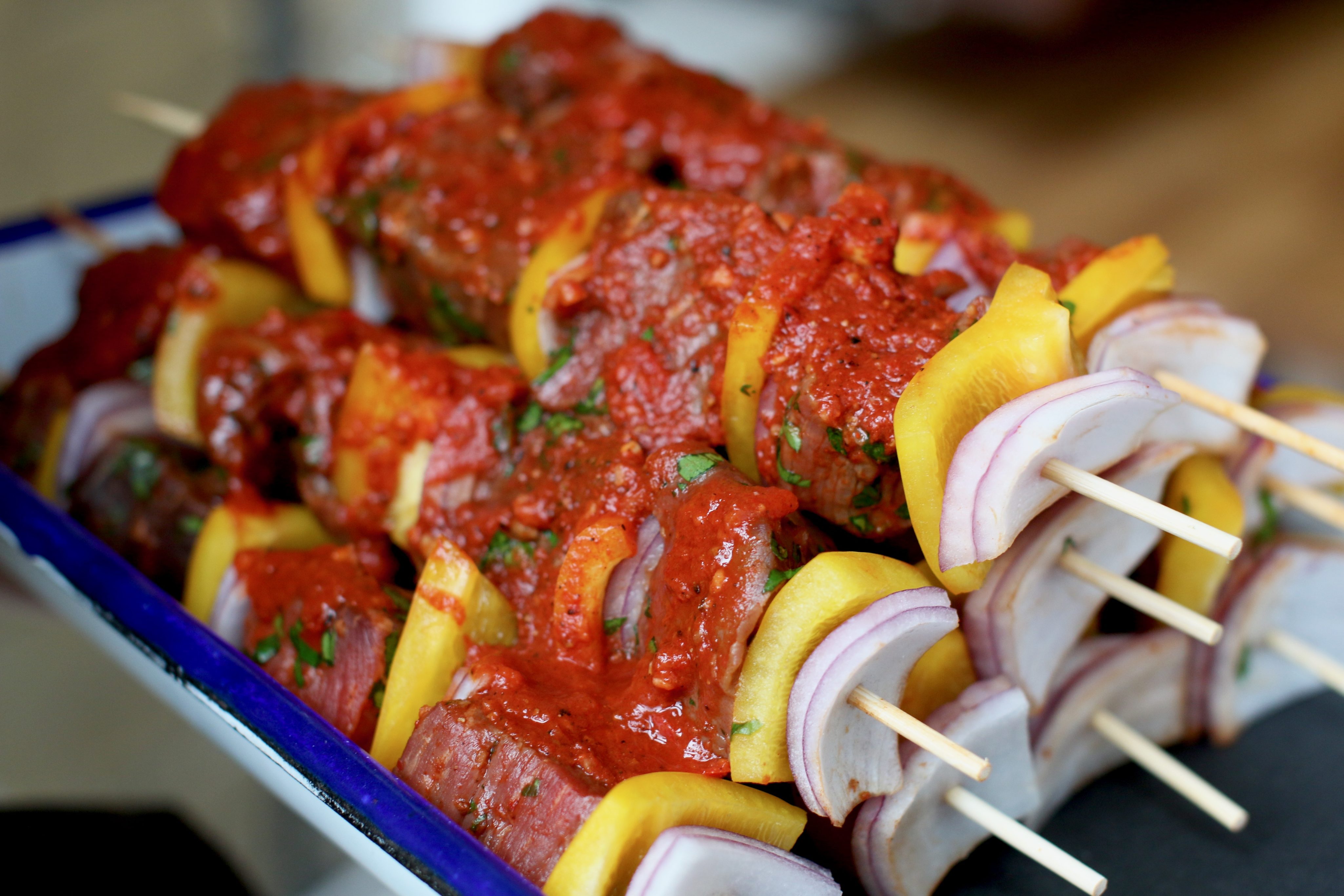 The burgers are mostly a mix of chuck and brisket, but they also get a bunch of dry-aged trim thrown in ($2.25/100 grams): 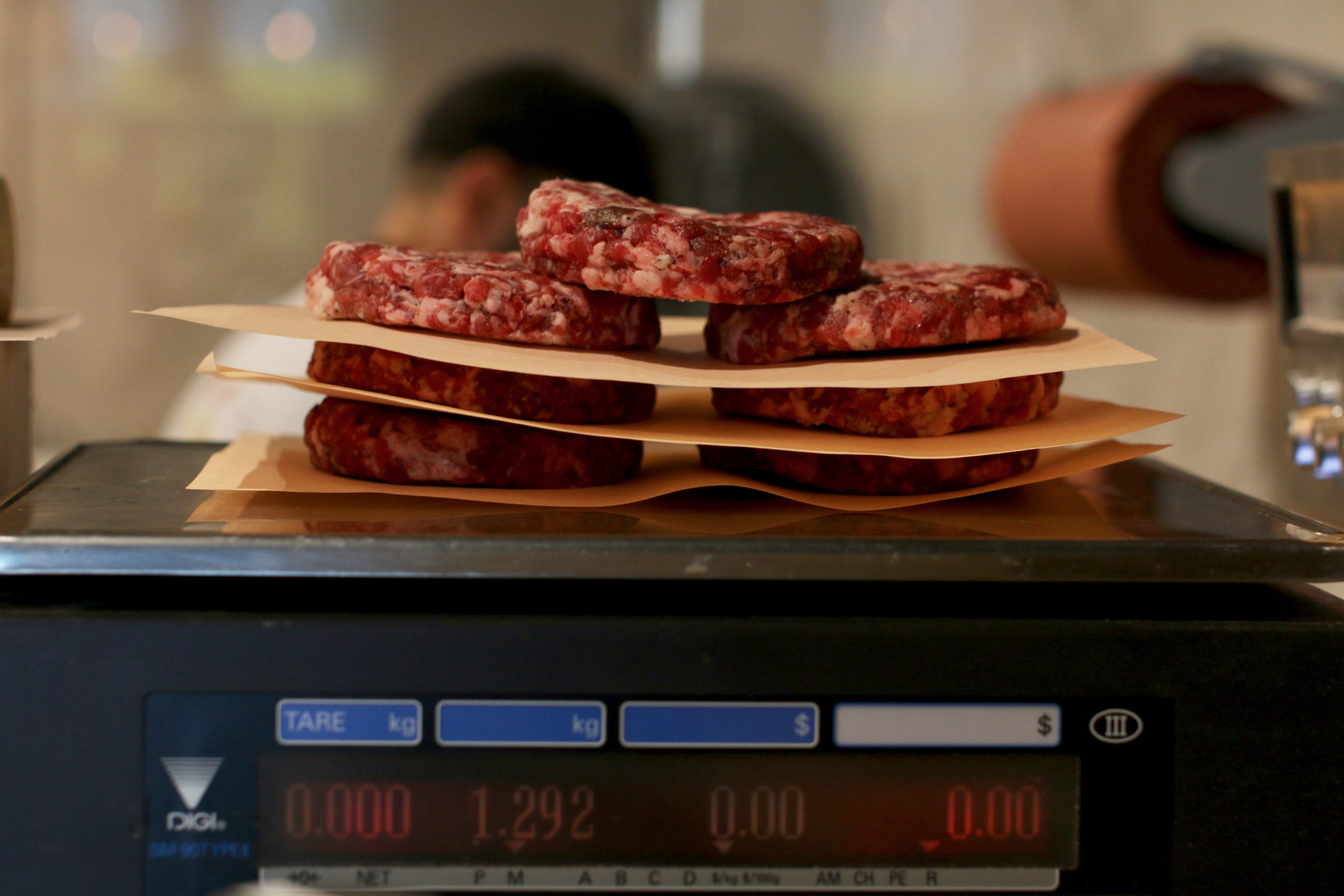 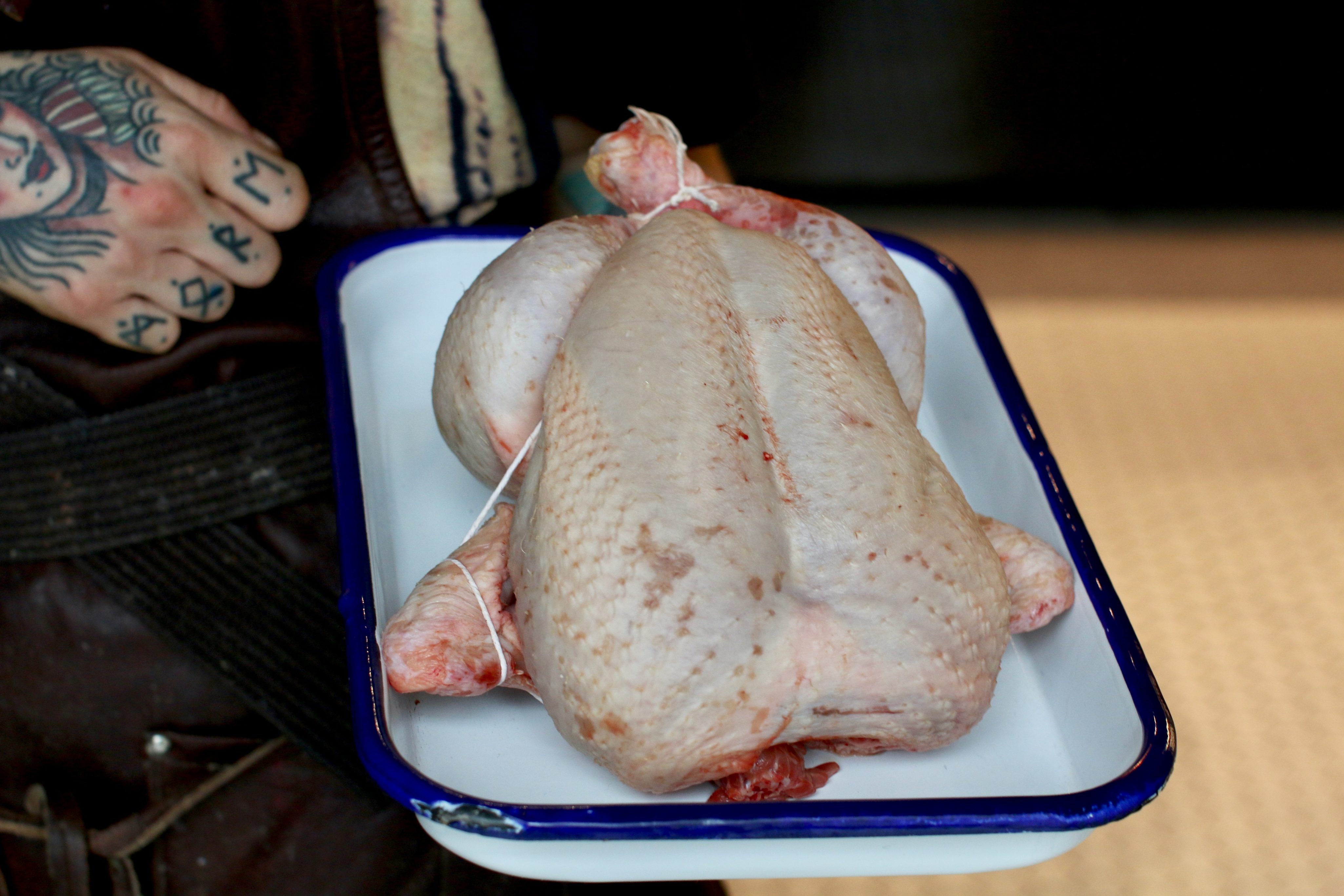 Coppa is a shoulder muscle that’s super tender with great marbling. This hunk of pork is from Murray’s Farms ($4.37/100 grams): 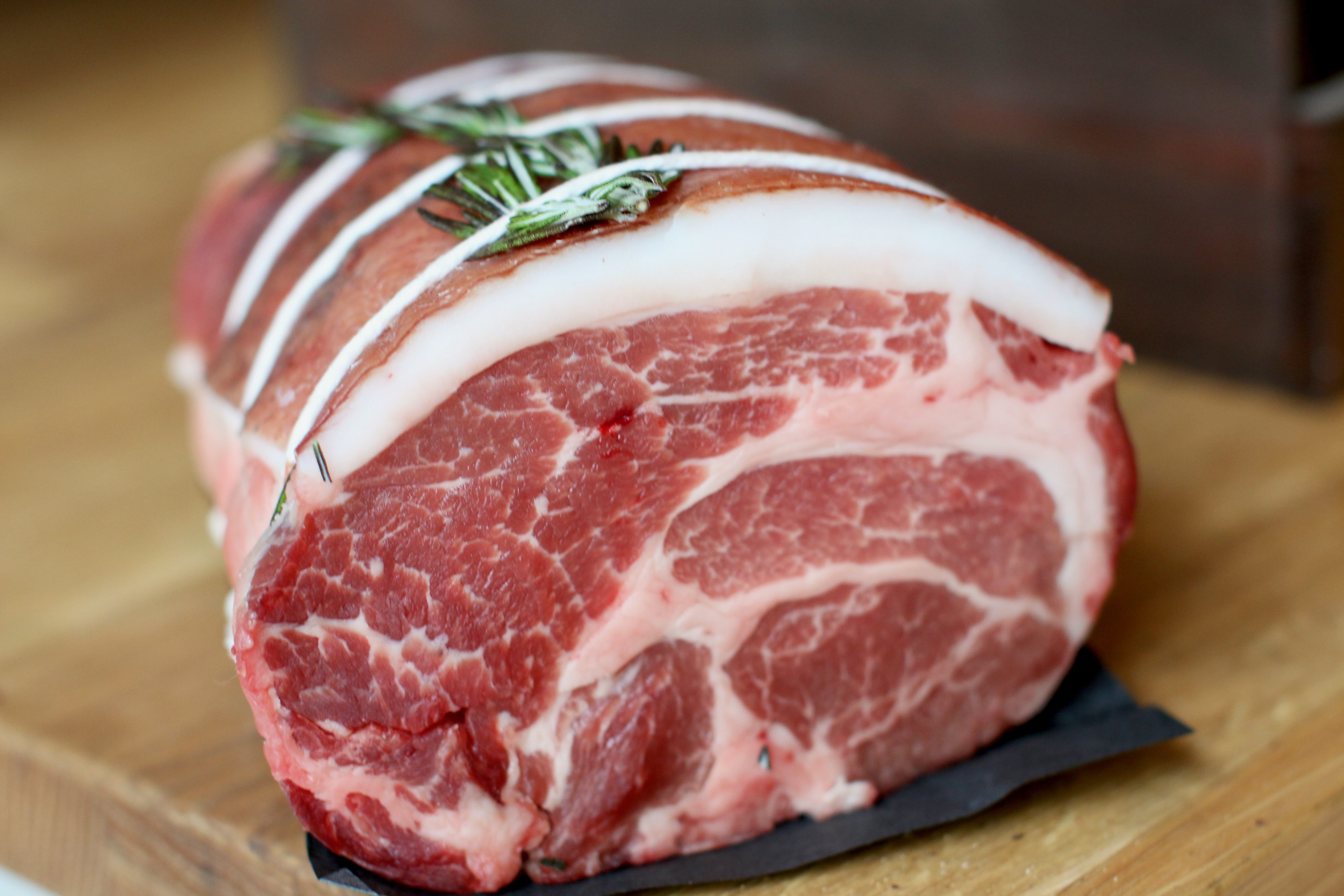 The pâté de campagne (below left) is made with pork, chicken liver and pistachios, then wrapped in bacon ($5.26/100 grams). The rabbit terrine is studded with sour cherries and wrapped in prosciutto ($7.10/100 grams):


They’re planning to start curing their own pepperettes, but for now they’re selling ones from the Cheese Boutique: 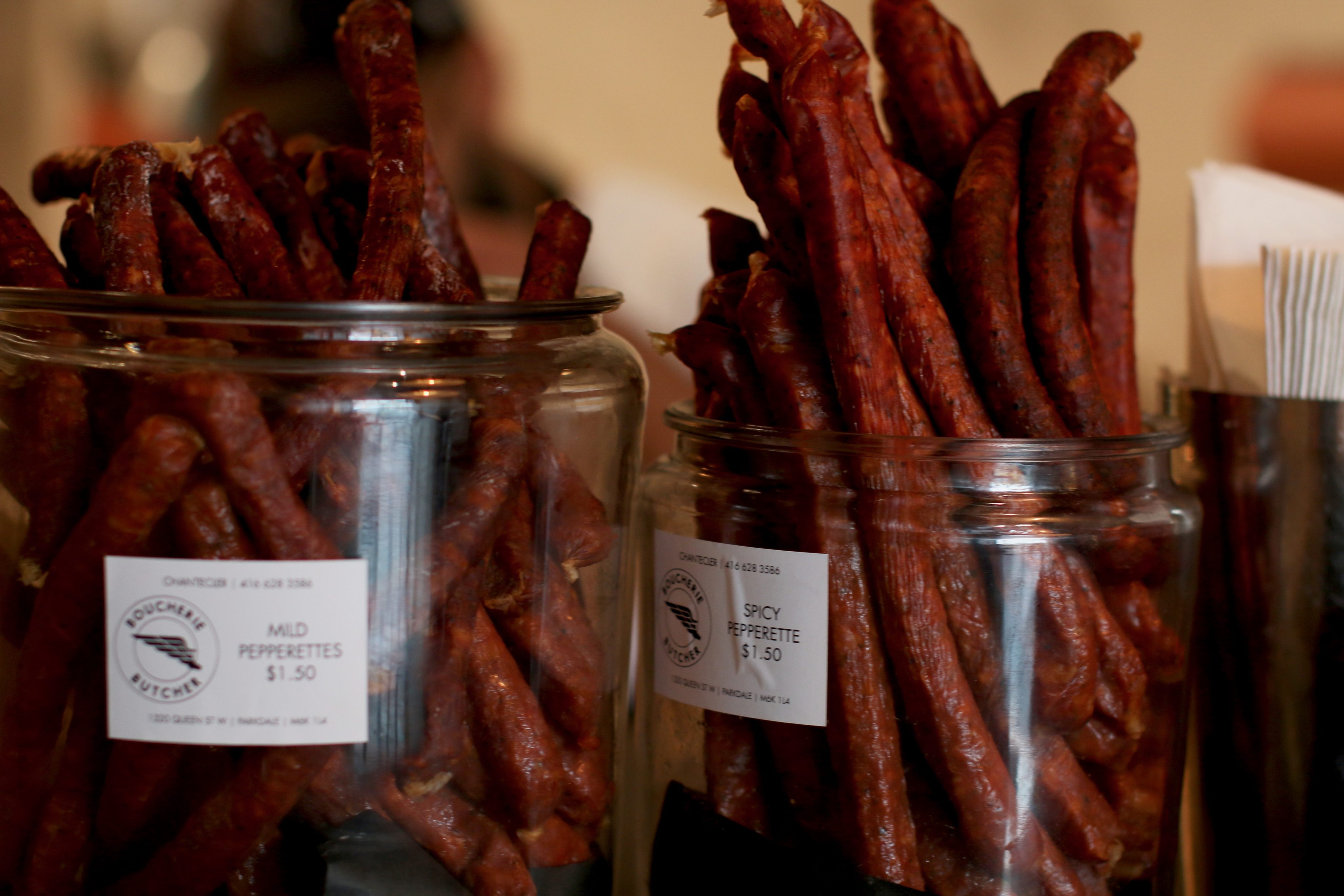 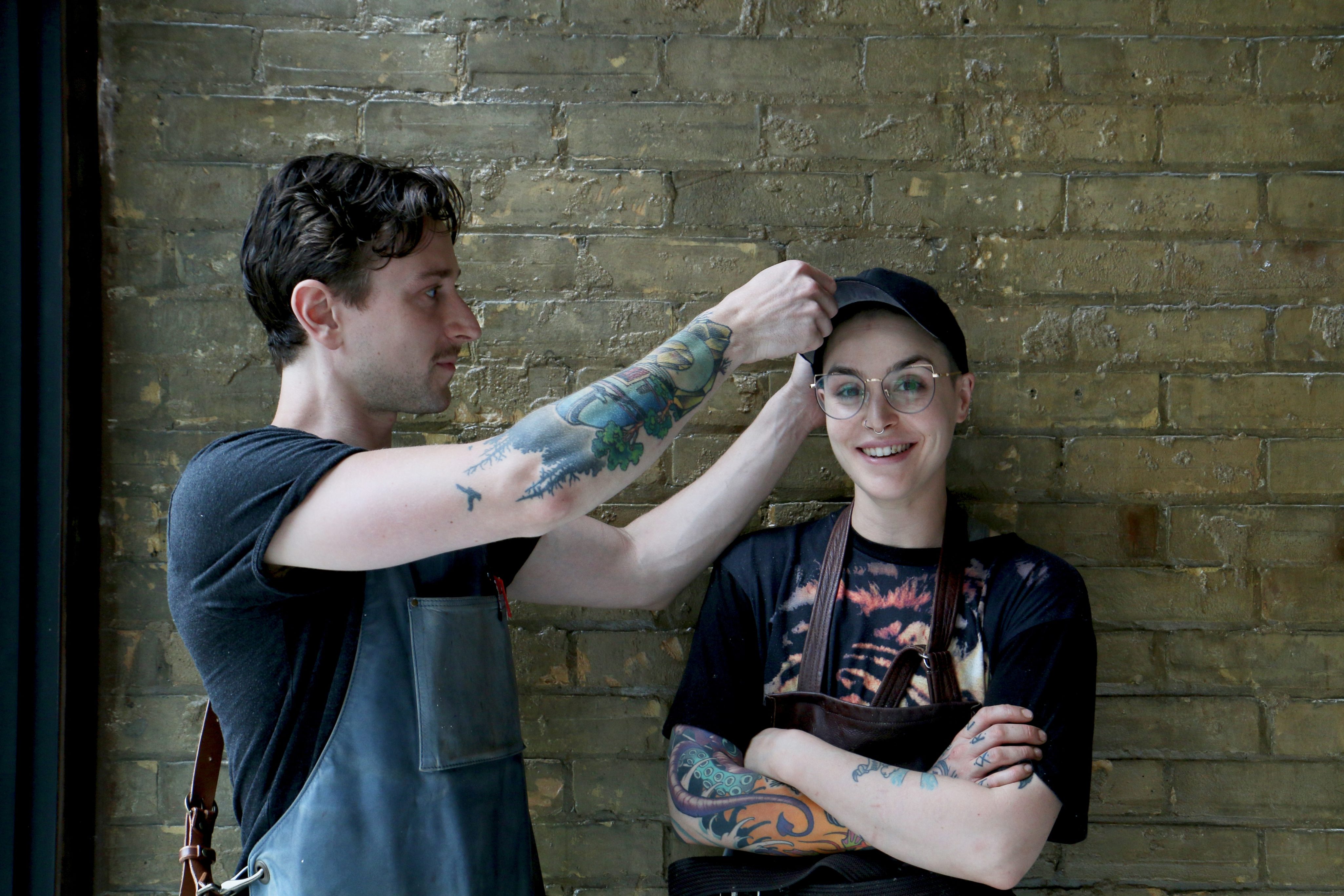 They scrubbed this 1883 building down, exposing glimpses of the original brick. The tile floor matches that of its sister restaurant: 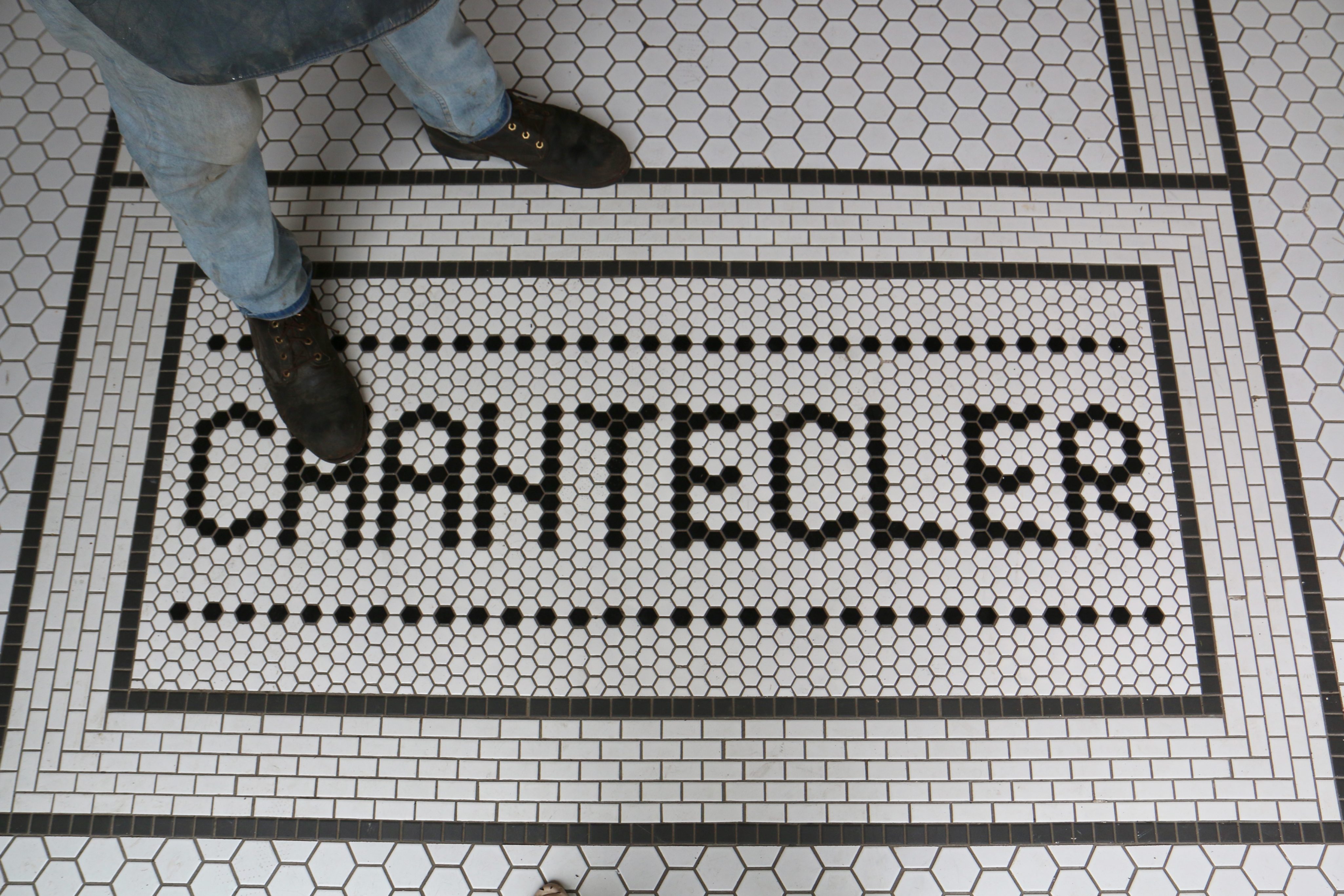