Last night, more than 40 women put on a multi-course meal at The Drake Commissary that was also an edible-art installation. For the third time since 2012, chef Alexandra Feswick (The Drake Hotel) enlisted some of the city’s top talent (who also happen to be female) to create collaborative tasting menus inspired by feminist artist Judy Chicago’s seminal work, The Dinner Party. This year’s rendition was co-hosted by the Drake’s curator, Mia Nielsen, who brought on local artists Sandra Brewster, Diane Borsato, Ness Lee and Jennifer Murphy on board to help create the homage to Chicago’s work.

Three separate seven-course meals were served simultaneously, each prepared by a different group of chefs. Diners had no say about which dinner they would be served—it was a lottery: 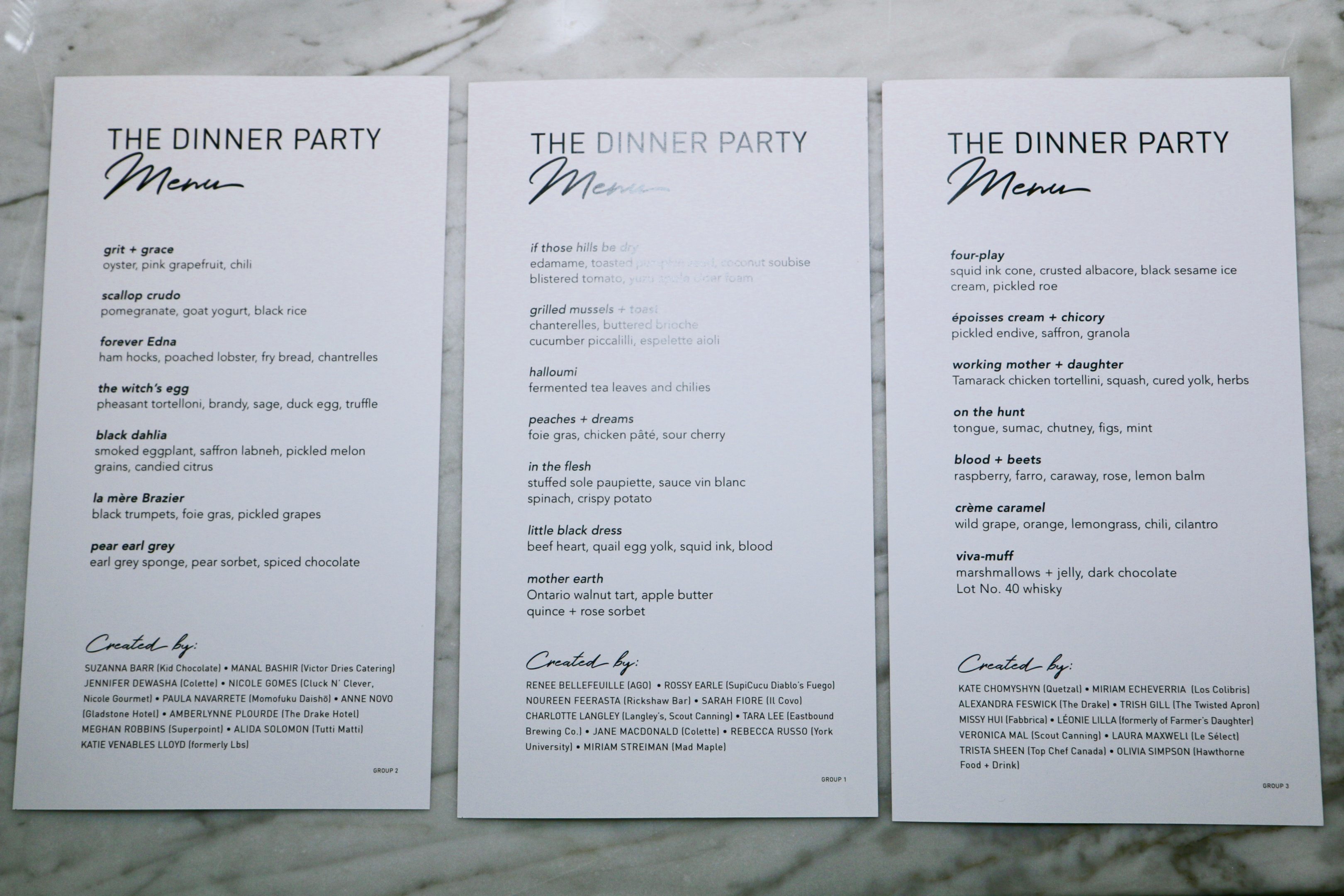 The paint on Ness Lee’s table runner was barely dry when guests arrived: 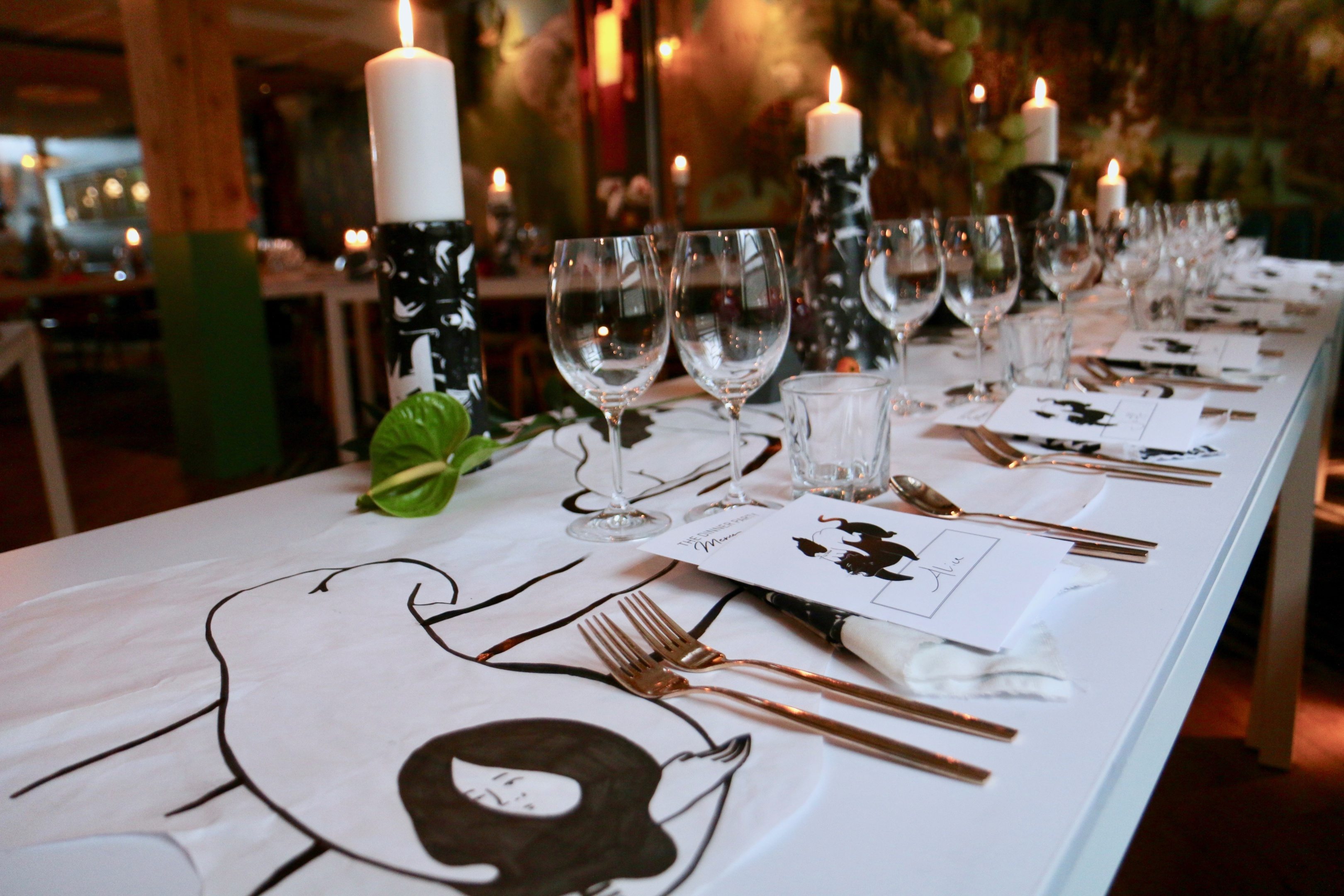 There were no table numbers or names on the place settings, forcing guests to find their place at a table—perhaps a cheeky comment on how women in the industry literally have to make room for themselves: 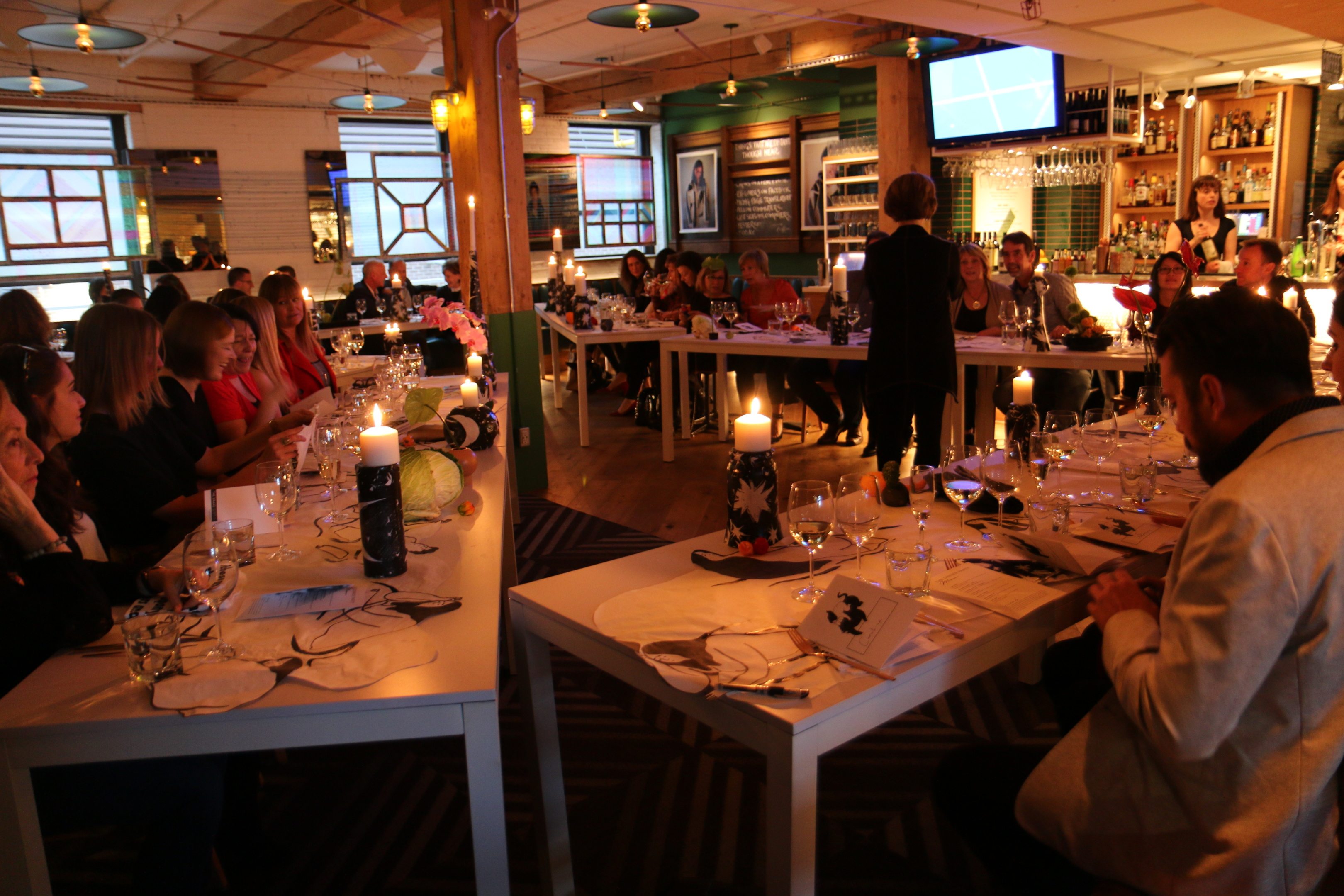 In the kitchen, Alexandra Feswick (The Drake Hote) cooked and plated alongside chefs that included Missy Hui (Fabbrica), Suzanne Barr (Kid Chocolate) and 27 others: 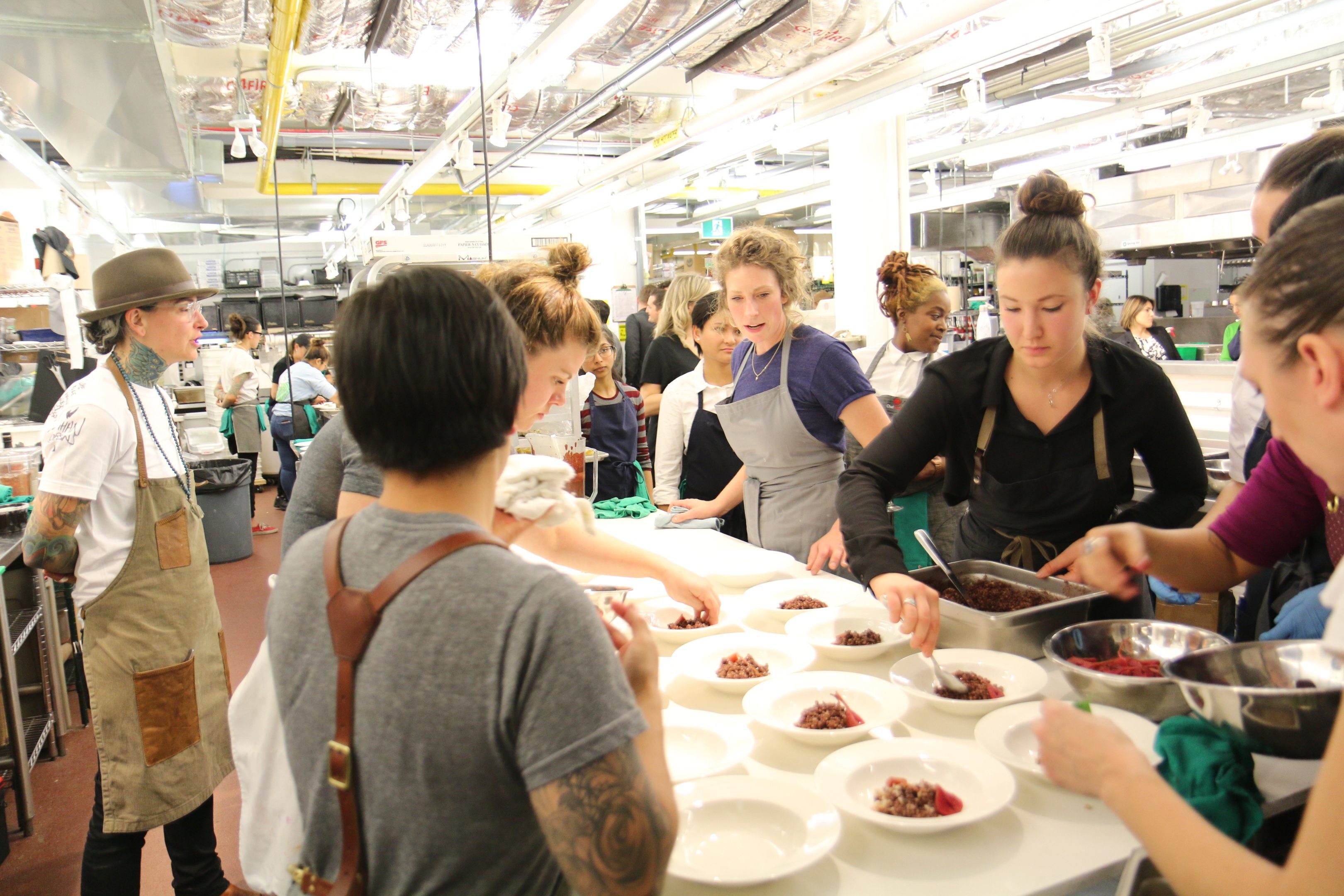 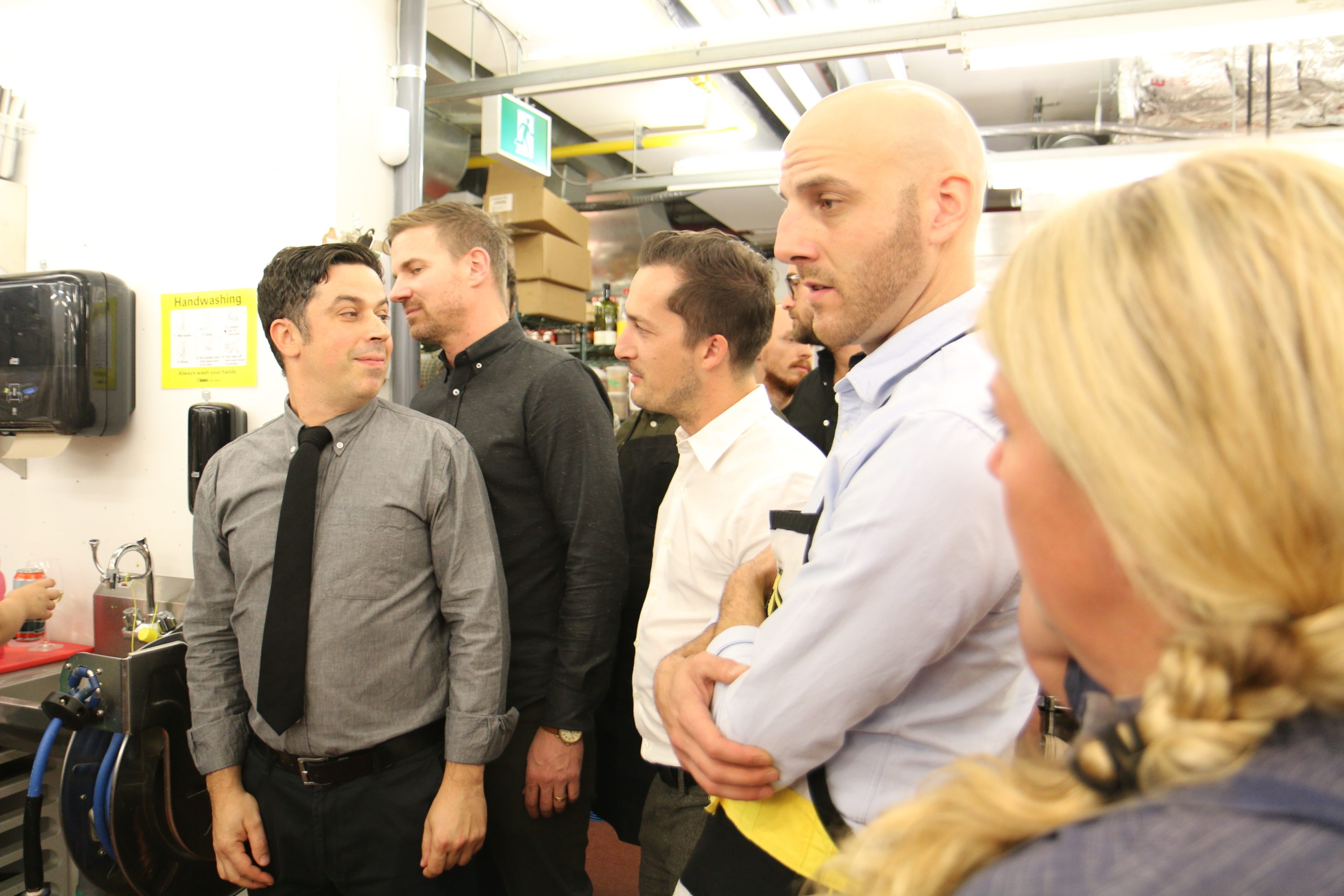 And Afrim Pristine (The Cheese Boutique) is off: 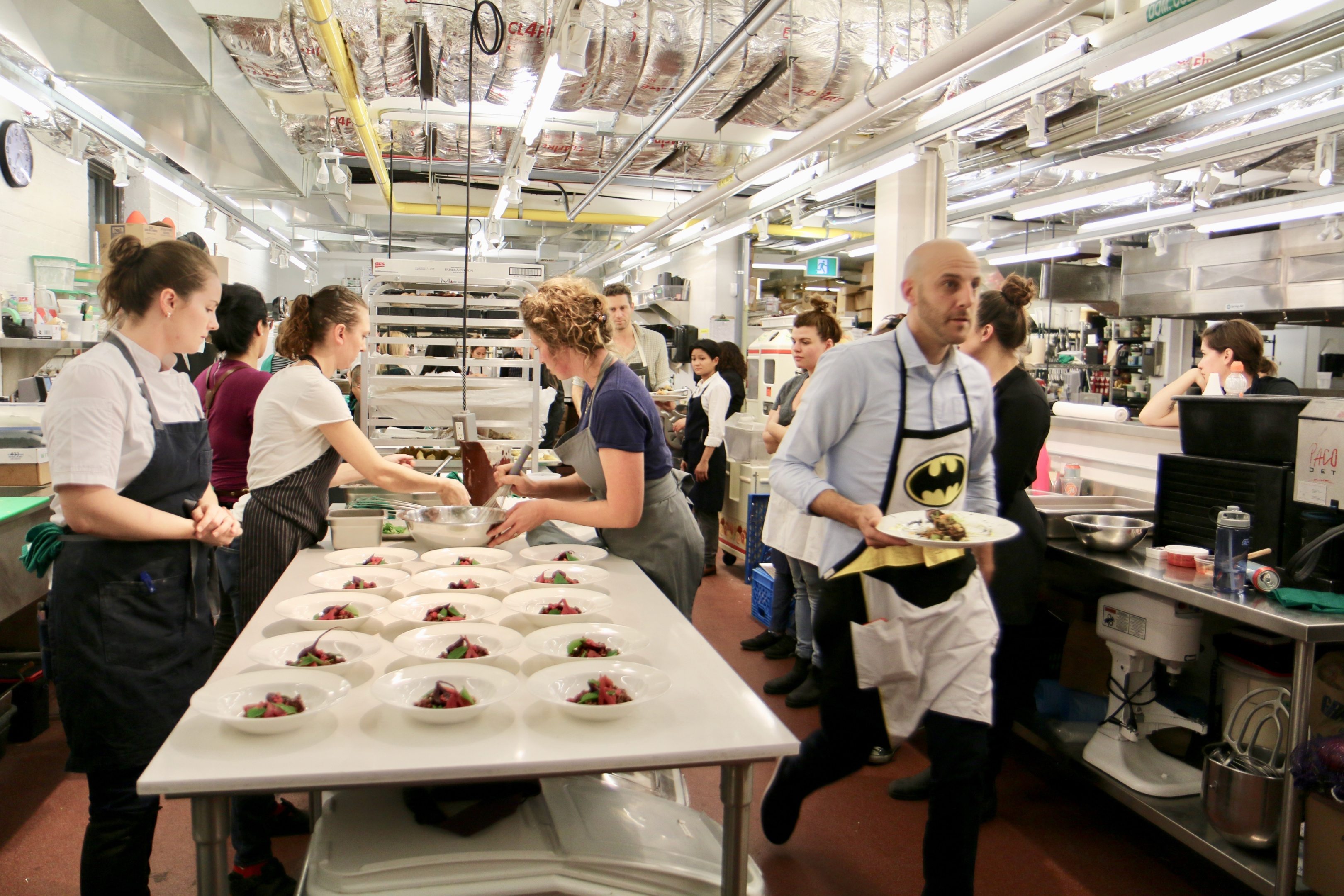 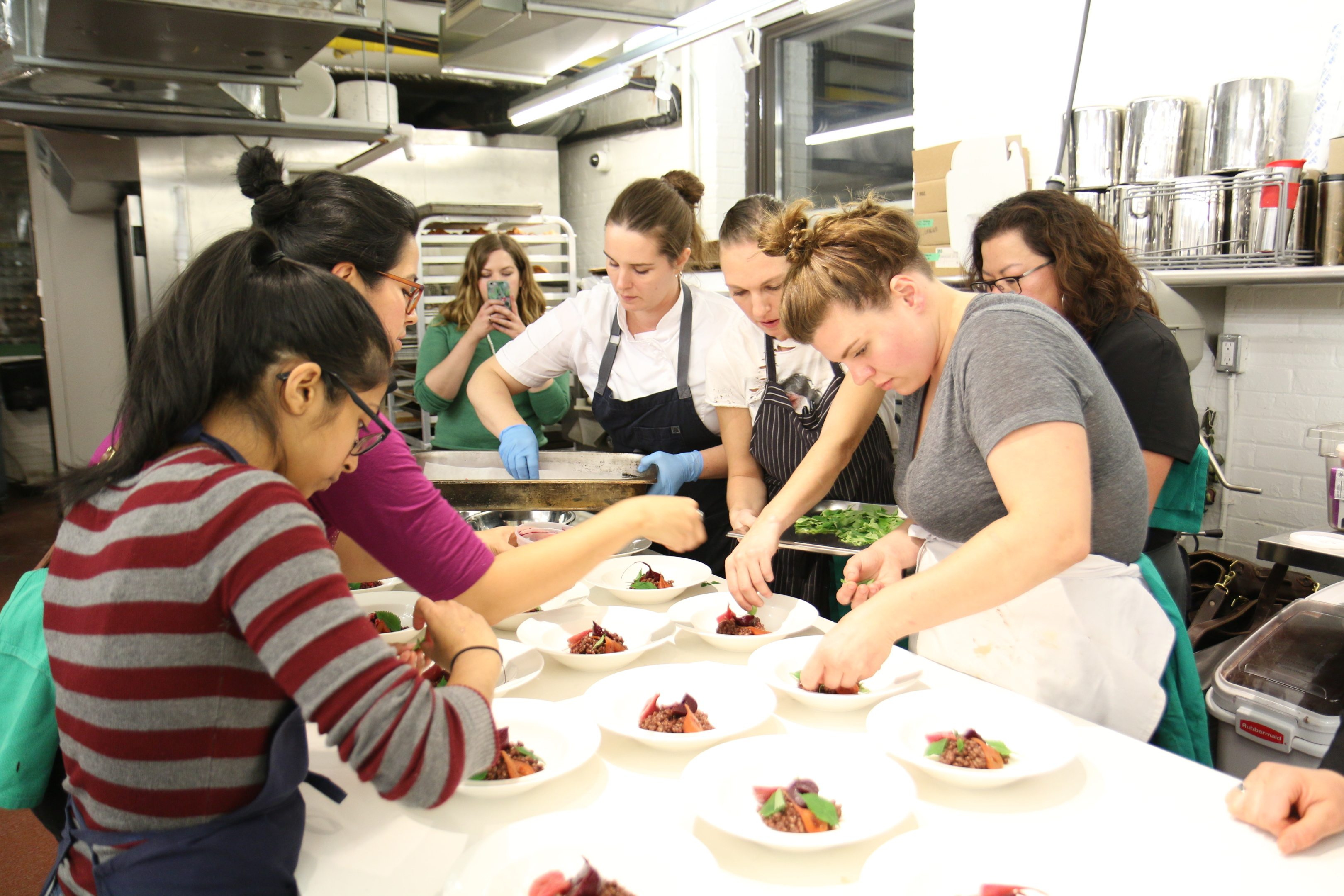 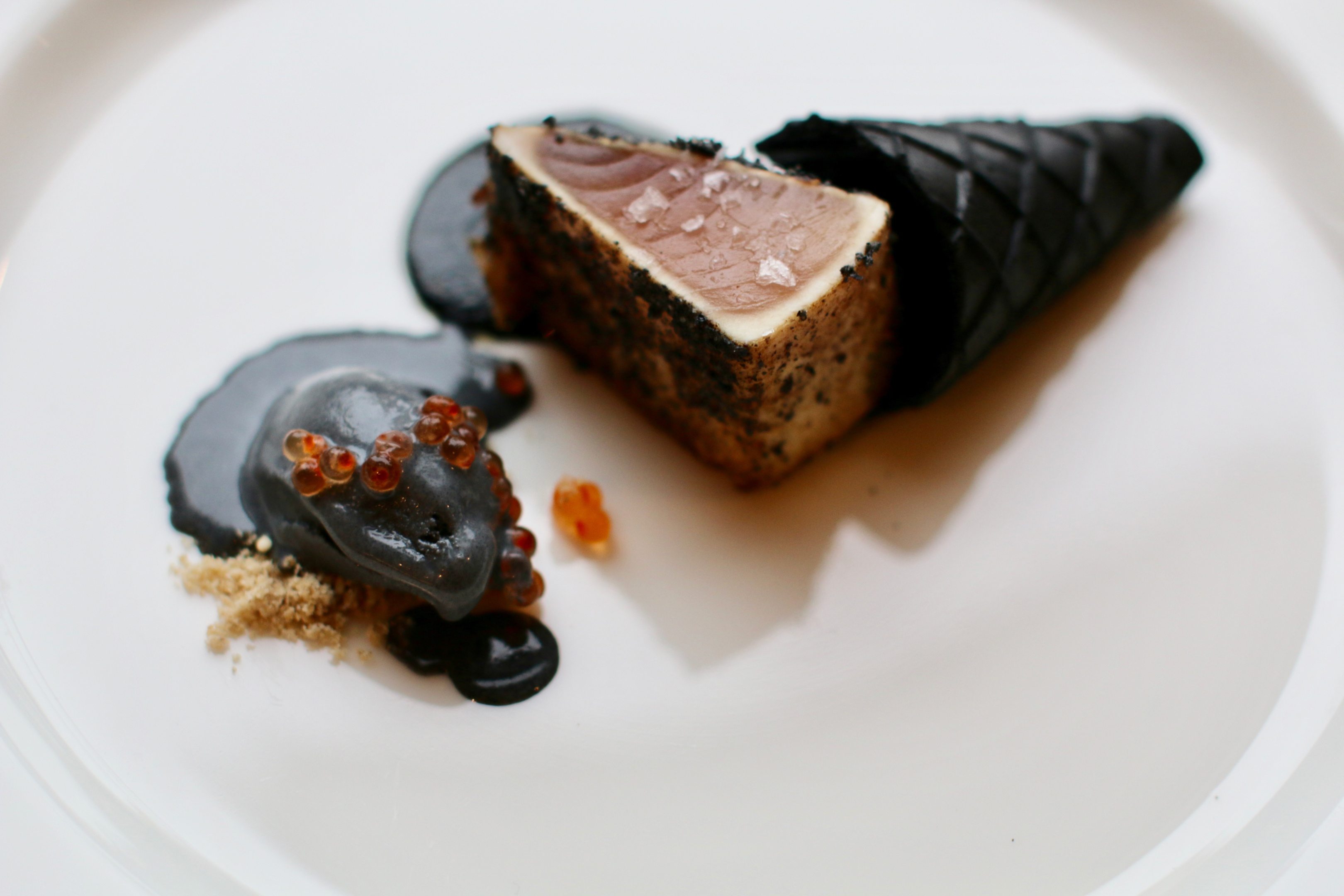 Here we have endive with saffron, granola, chicory and époisses (a pungent French cow cheese) cream: 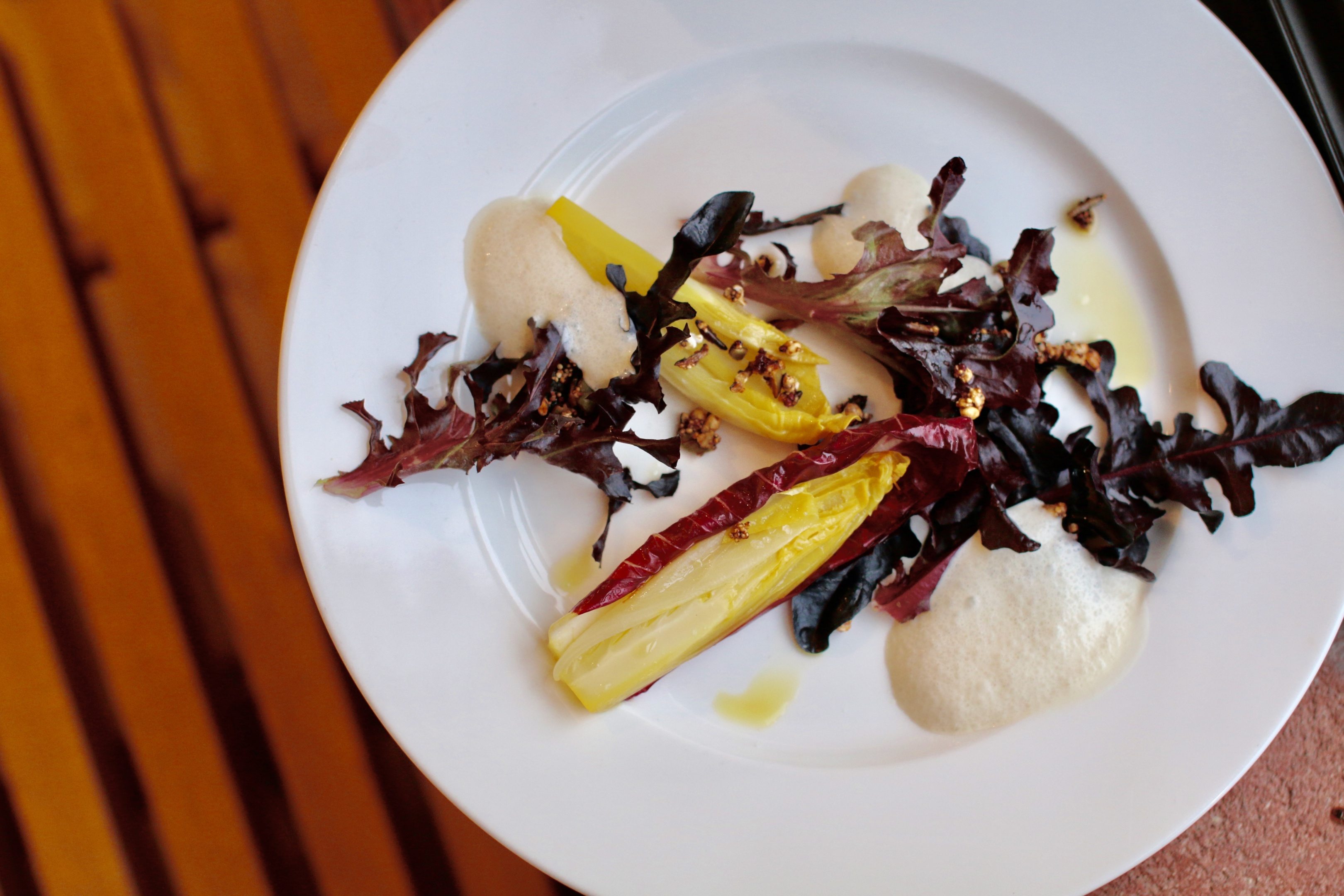 The third course, titled “Working Mother and Daughter,” was a tamarack chicken tortellini with squash, cured egg yolk and herbs: 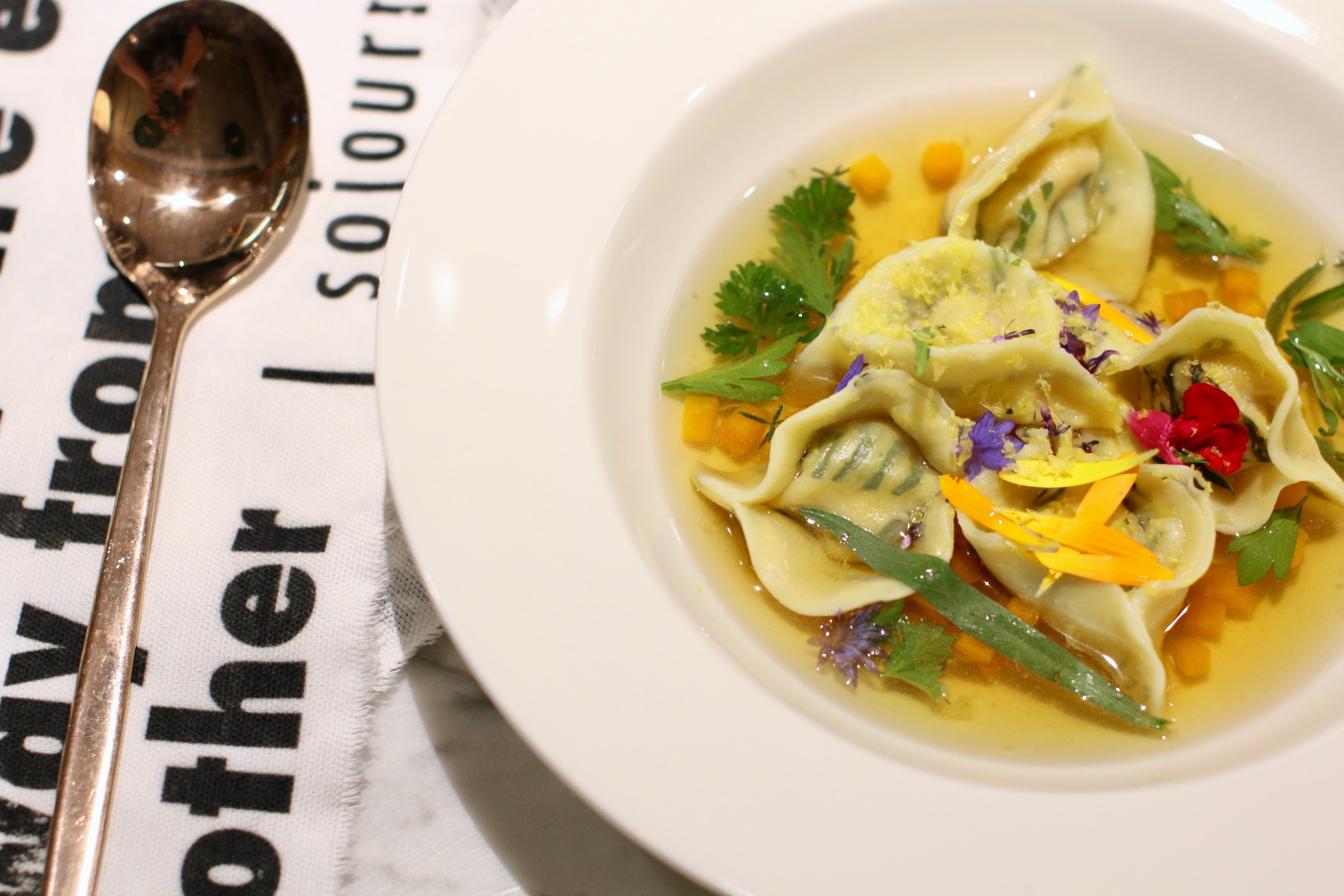 For the fourth course, this tongue dish was flavoured with chutney, sumac, figs and mint: 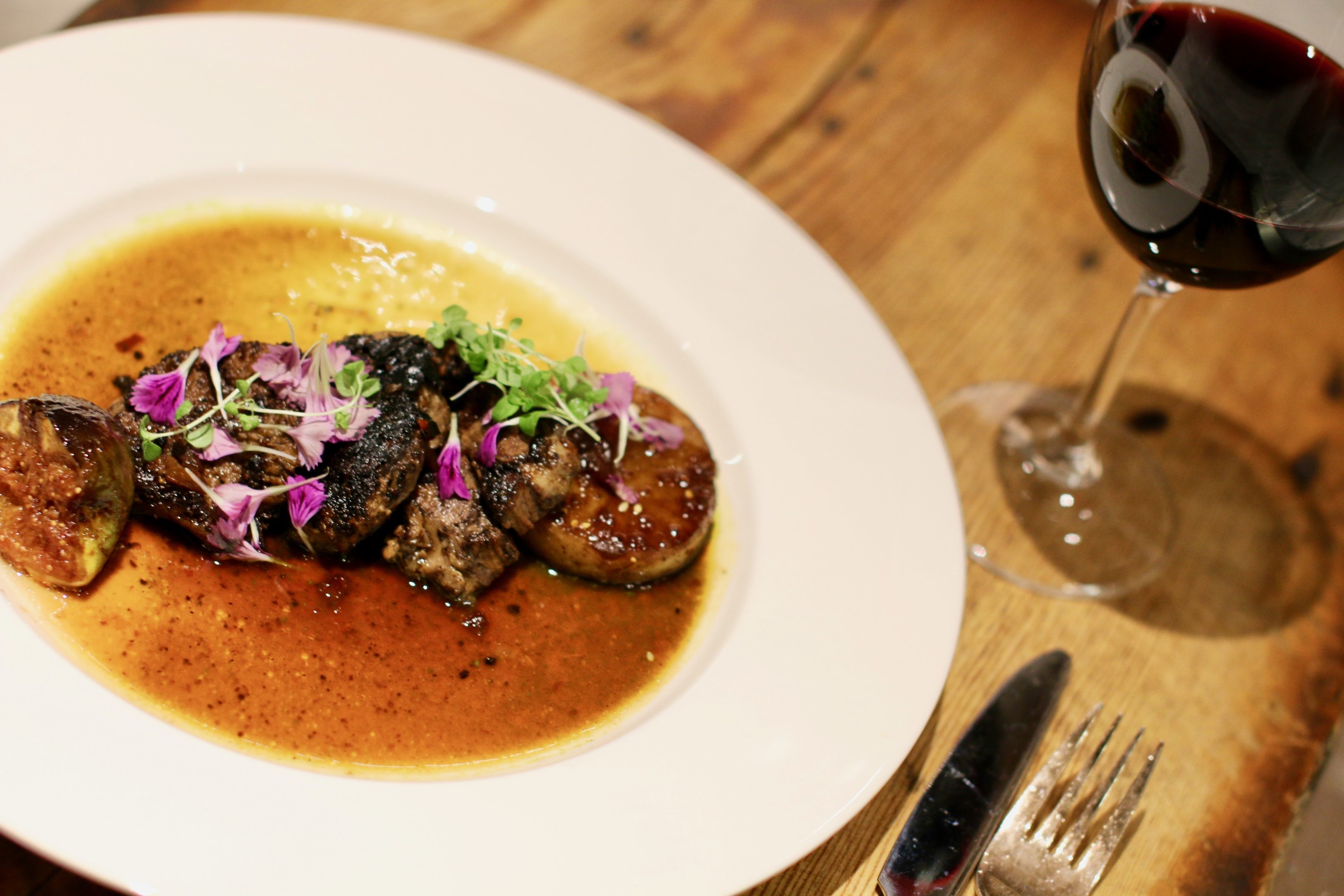 The fifth course, “Blood and Beets,” transitioned from savoury into sweet with a raspberry sauce–topped farro risotto: 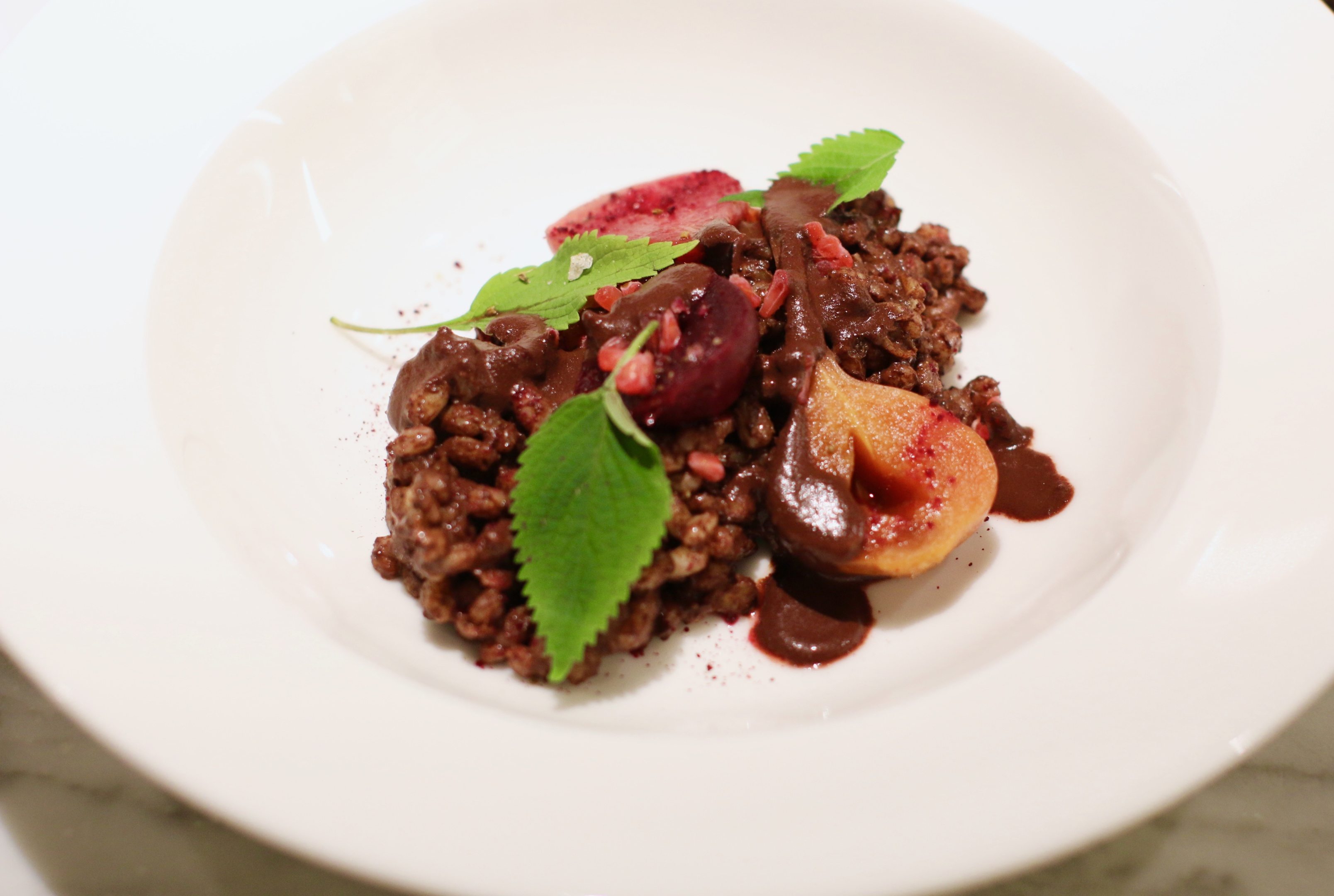 Things got a little visceral with the penultimate course, which splattered chili sauce around an evocative crème caramel: 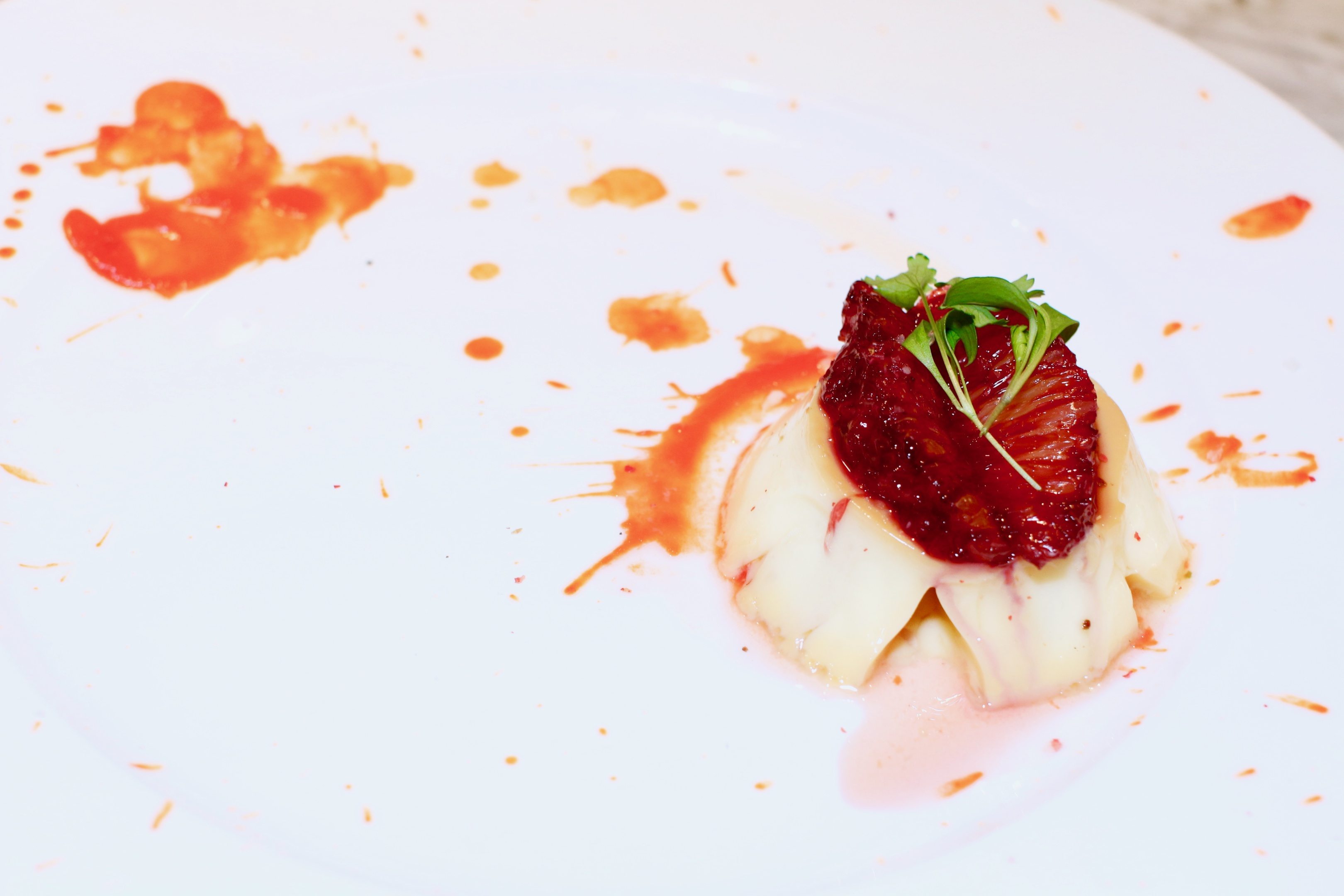 Dinner ended in flames. The chefs trooped out of the kitchen to light the final course—a jelly-centred marshmallow in dark chocolate—on fire using Lot No. 40 whisky. The title of the grand finale: “Viva-Muff,” named after this classic cookie: 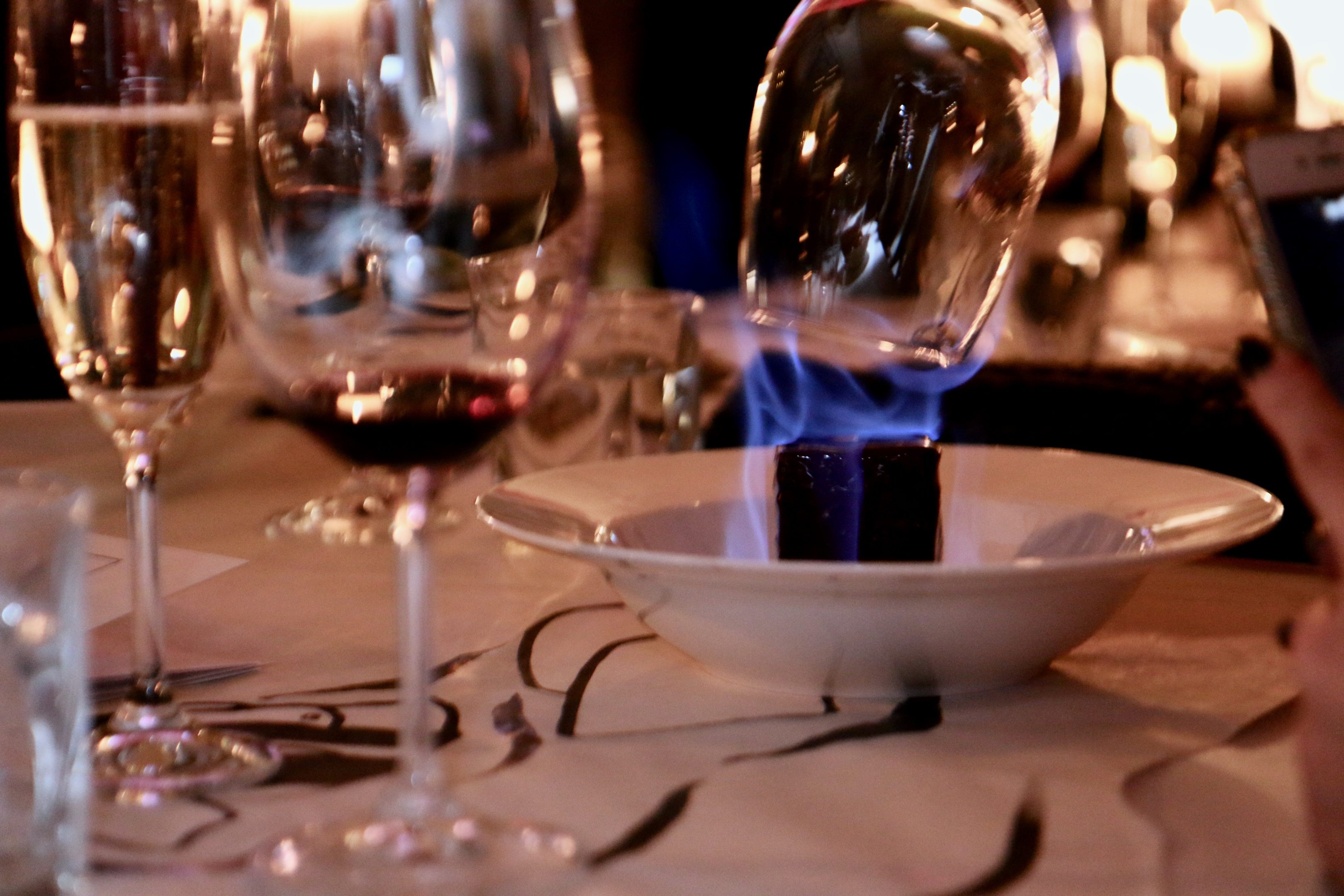 The kitchen was getting hungry, so Trevor Lui ordered 100 pieces of fried chicken from Kanpai. One of his chefs took an Uber all the way from Cabbagetown to the Junction Triangle to deliver the order: 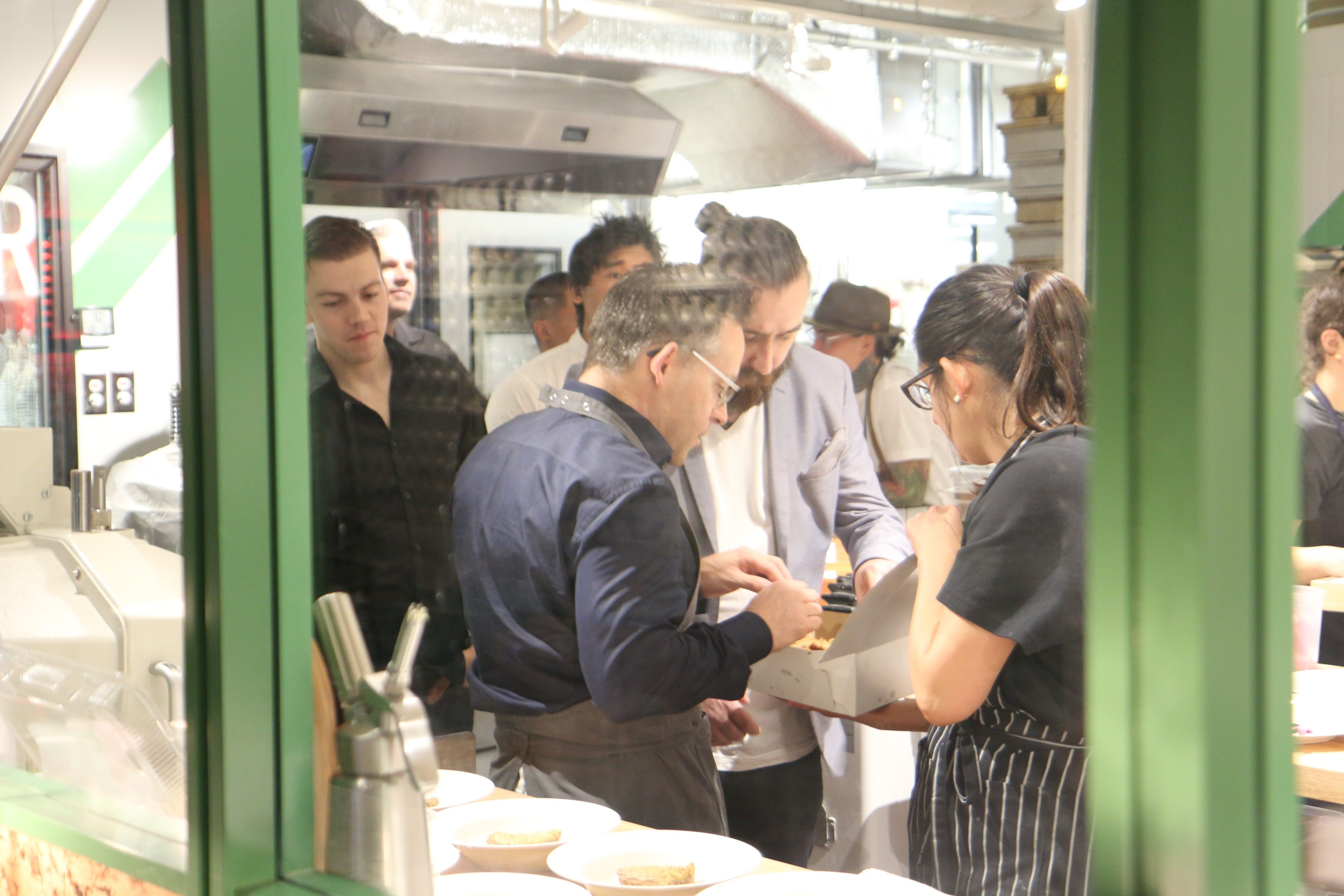