Summerhill’s Nutbar, one of Toronto’s most healthful cafes, serves up snacks and drinks loaded with superfoods that would make Gwyneth Paltrow swoon. Owner Kate Taylor Martin opened a second outpost in Assembly Chef’s Hall earlier this year, right after giving birth to her son, Freddie. We popped by the busy entrepreneur’s Riverdale home to check out what esoteric health foods her kitchen is stocked with.

When Kate and her husband, Conrad, bought their home back in 2015, they only planned to change the floors and lights. But once the floors came up, they decided to double down and go for a gut job. “I like the kitchen to be very much a part of the living space,” says Kate. “Whether you’re cooking or not, the kitchen is the heart of the home.” 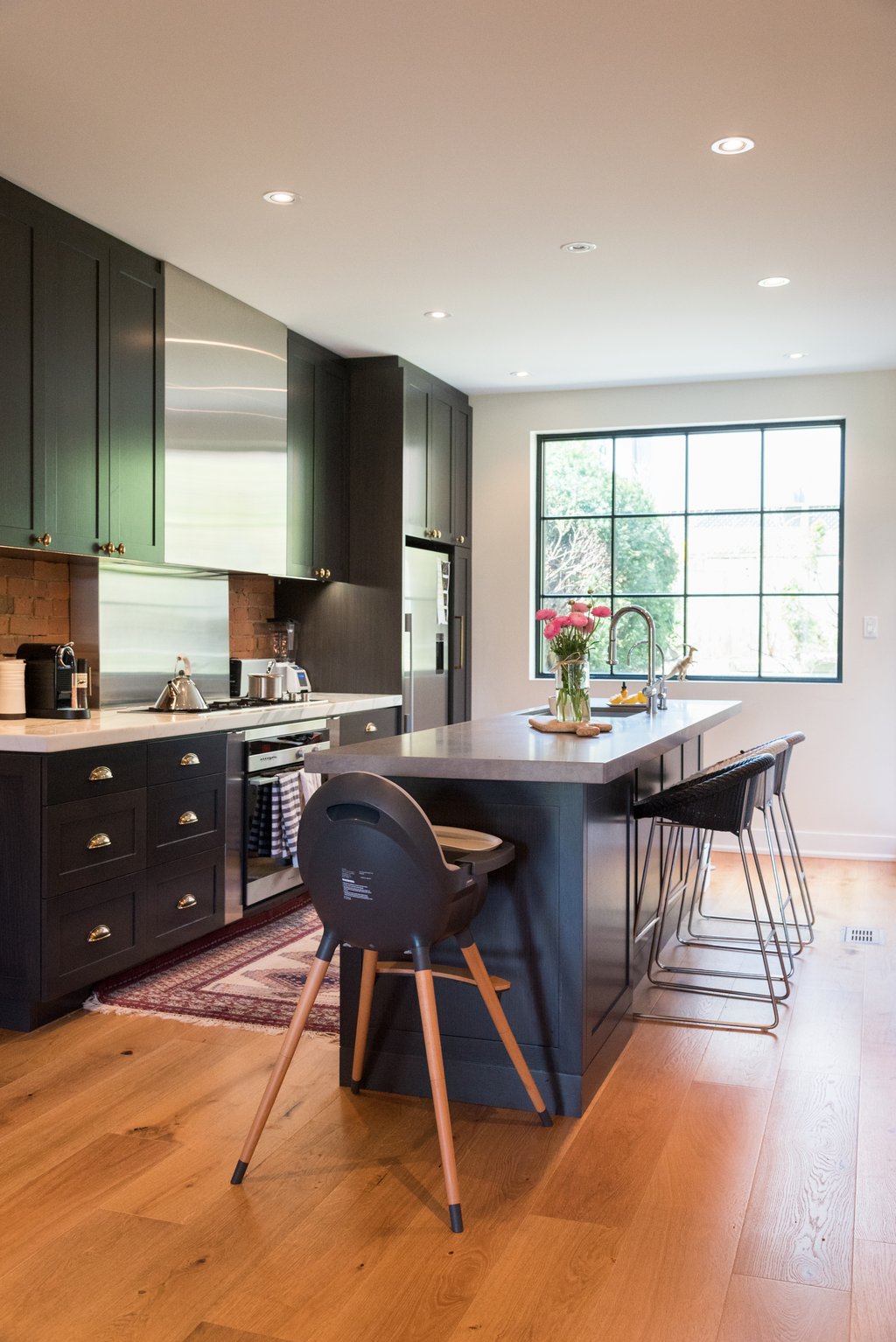 Kate’s a certified nutritionist, but she’s not a health-food extremist. “I love pizza,” she says, before sheepishly adding that she even grabs a Pizza Pizza slice from time to time. “Life’s about balance,” she says. After going back to school in her late twenties to study nutrition, Kate overhauled her eating habits. She no longer cooks with wheat flour or processed sugar, and she’s always looking for ways to add extra nutrients and vitamins to her meals (a sprinkle of flax seed here, a dusting of nutritional yeast there).

Kate starts every day with a glass of lemon water. She says if you’re going to only make one change to your diet, this is an easy addition to your morning routine, because drinking lemon water on an empty stomach can kickstart your metabolism, aid digestion and boost your liver’s production of detoxification enzymes. 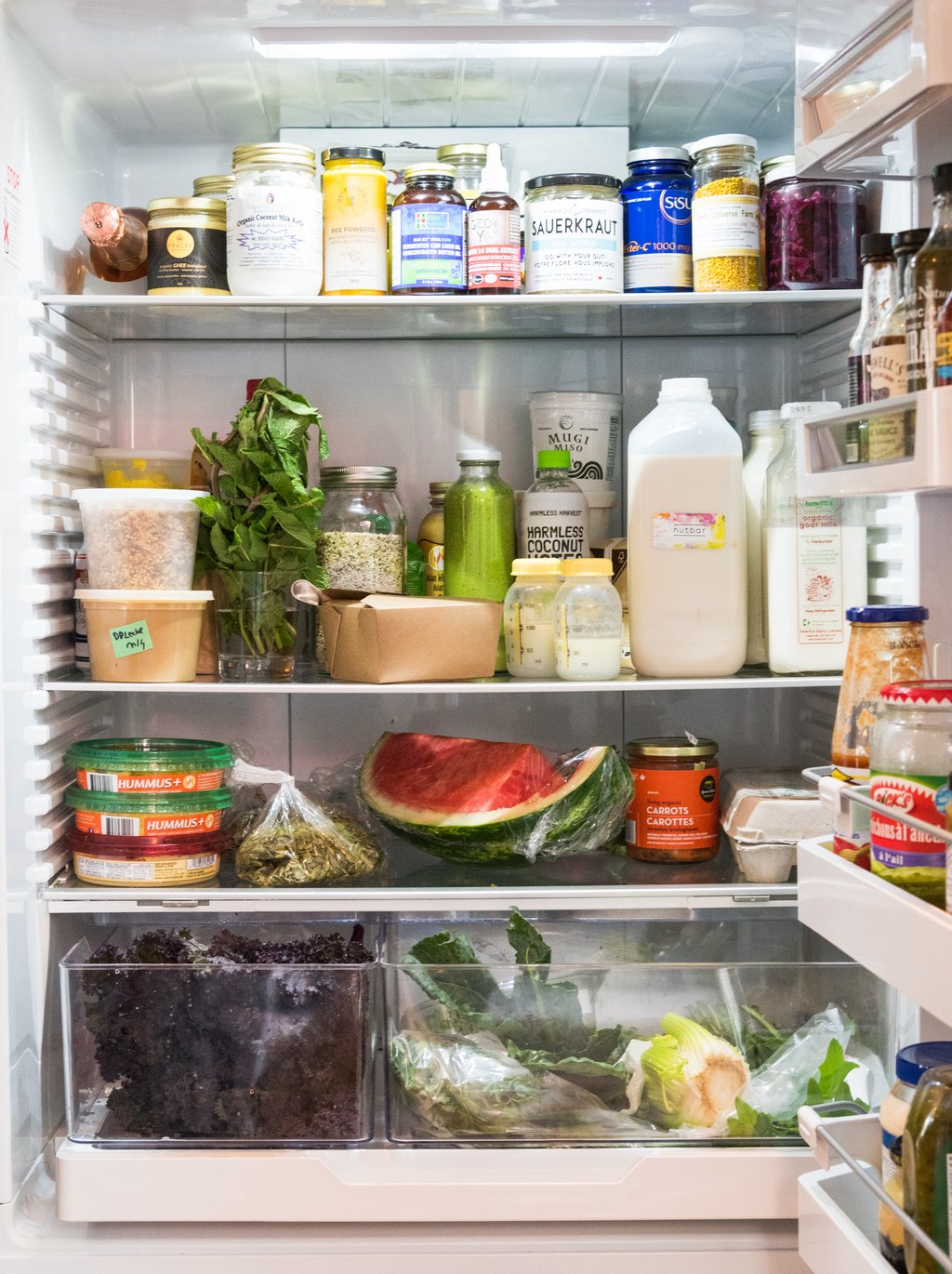 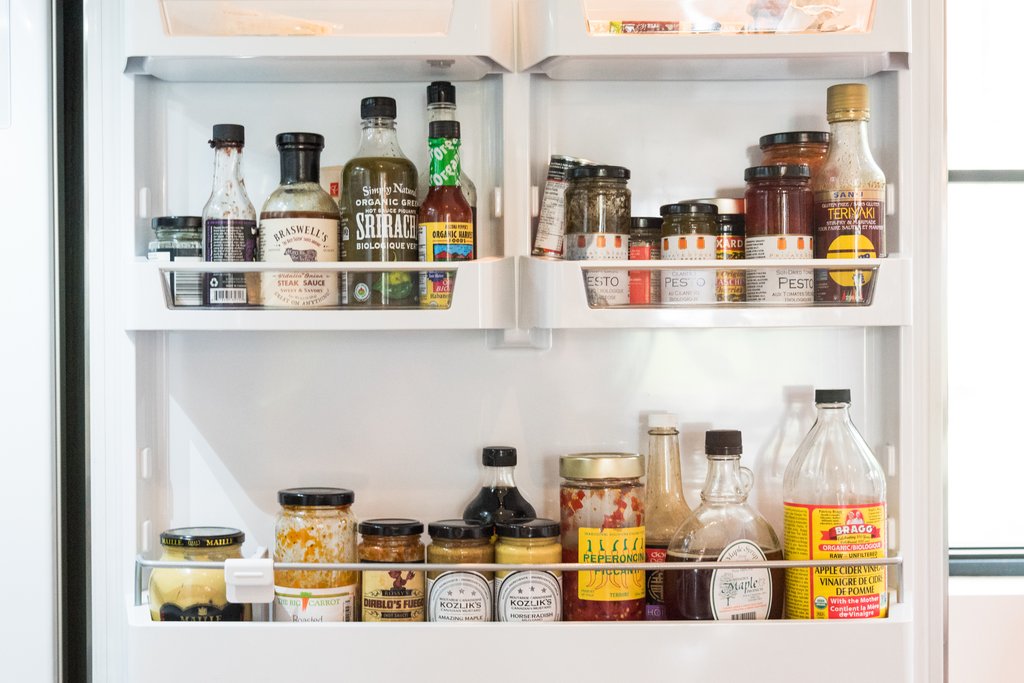 Breakfast is Kate’s favourite meal of the day. “As soon as my eyes open, I think about what I’m going to eat,” she says. In the summer, she likes to make smoothies packed with fruit, bitter greens and other superfoods like bee pollen, kefir, chia seeds and lucuma. In the winter, Kate prefers to make a breakfast mash of various grains (quinoa, amaranth) with mashed banana, coconut butter and hemp seeds. And 10-month-old Freddie is a fan of his mom’s flourless pancakes made with mashed banana, eggs and vanilla.

For lunch, Kate usually eats something while she’s on the go. If she’s at Nutbar, she’ll scarf down an order of the savoury toast (a thick slice of Prairie Boy sourdough topped with cashew spread, watermelon radish and black sesame seeds). If she’s running errands with Freddie, she’ll grab a ready-made something from the Big Carrot. 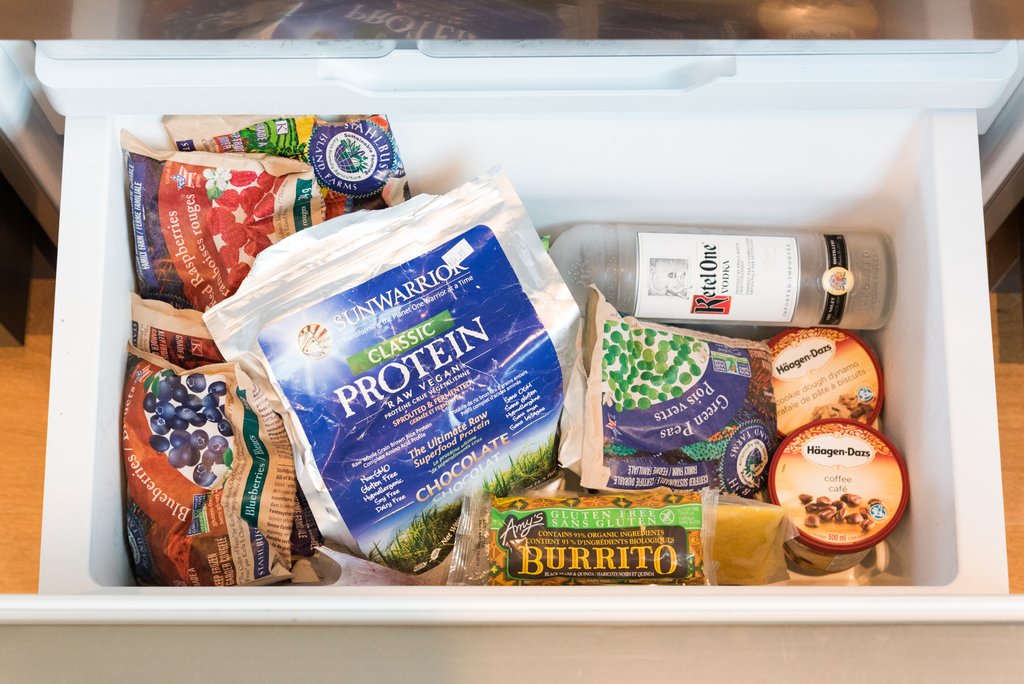 “I’m not one of those people that can do all their shopping on Sunday and plan a week’s worth of meals,” says Kate. “I wish I was, but it’s just not me.” Instead, Kate likes to keep a few staples in her fridge and then duck out for whatever ingredients she’s missing. “I’m spoiled for choice around here,” says Kate, who’s walking distance from two amazing butchers (Rowe Farms, The Meat Department) and two great fishmongers (Hooked, De La Mer). Kate also loves to shop at the Big Carrot (“I basically live there,” she says), and she’s a total farmers’ market junkie (she hits either the Brickworks or the Withrow Park market weekly). 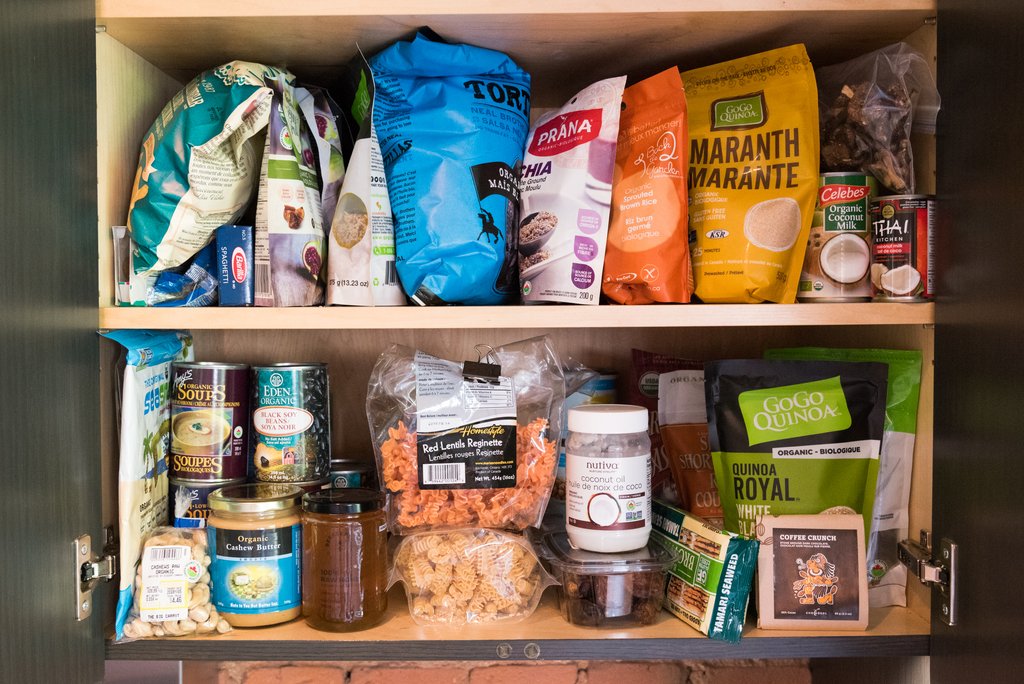 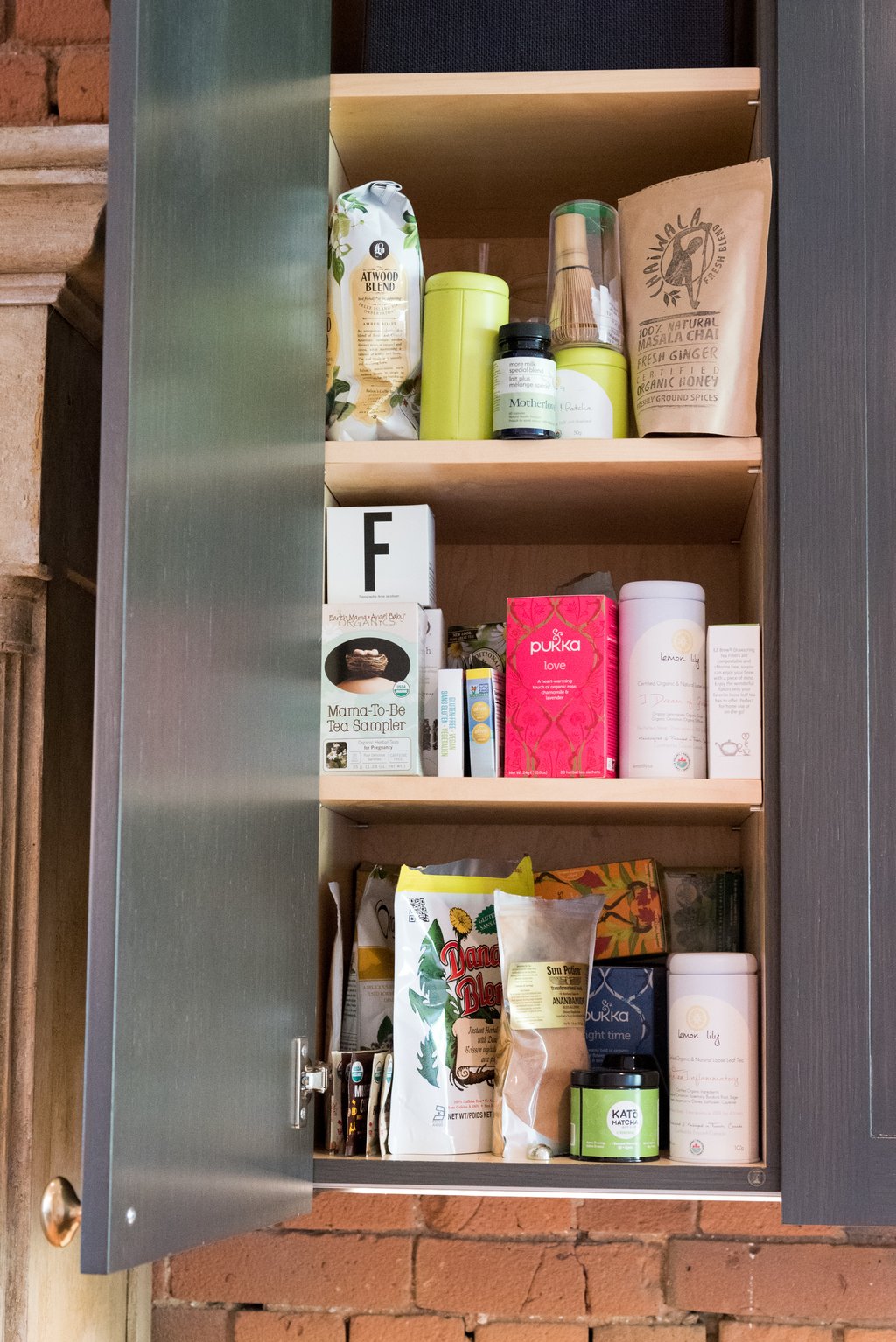 Although Kate doesn’t cook with wheat flour at home, she has a soft spot for French bread and will grab the occasional baguette from Thobors. She’s also been known to make the trek over to Parliament for Tasso’s croissants. “They’re only open Friday through Sunday and they usually sell out by 10 a.m., but they make the best croissants I’ve ever had in my life,” she says.

Here are a few of the items Kate will use when she’d moding a recipe to make it healthier: 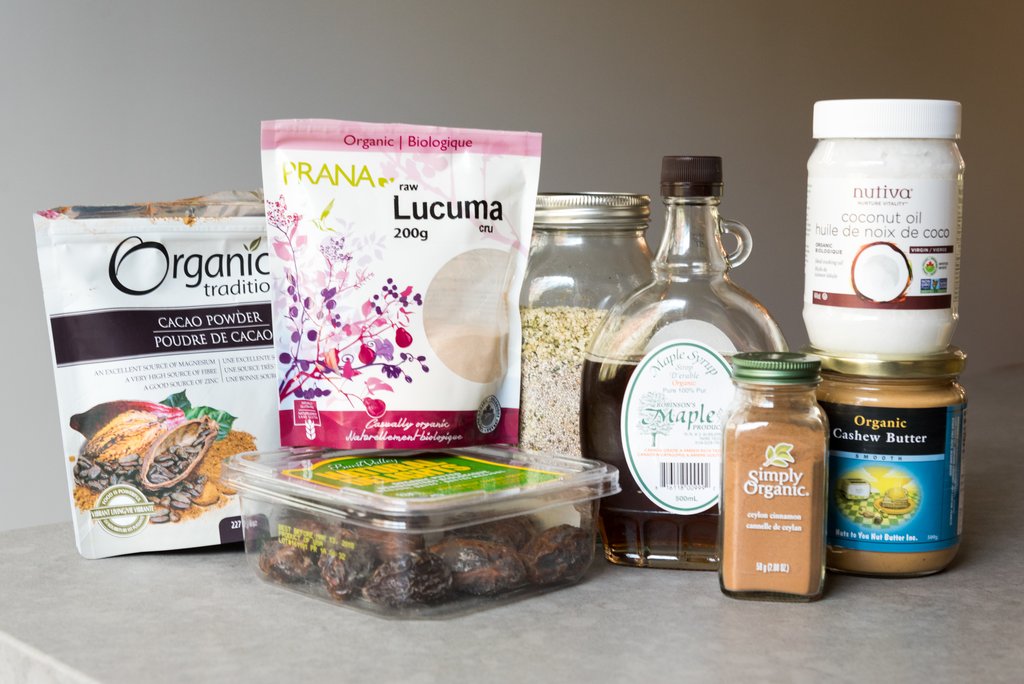 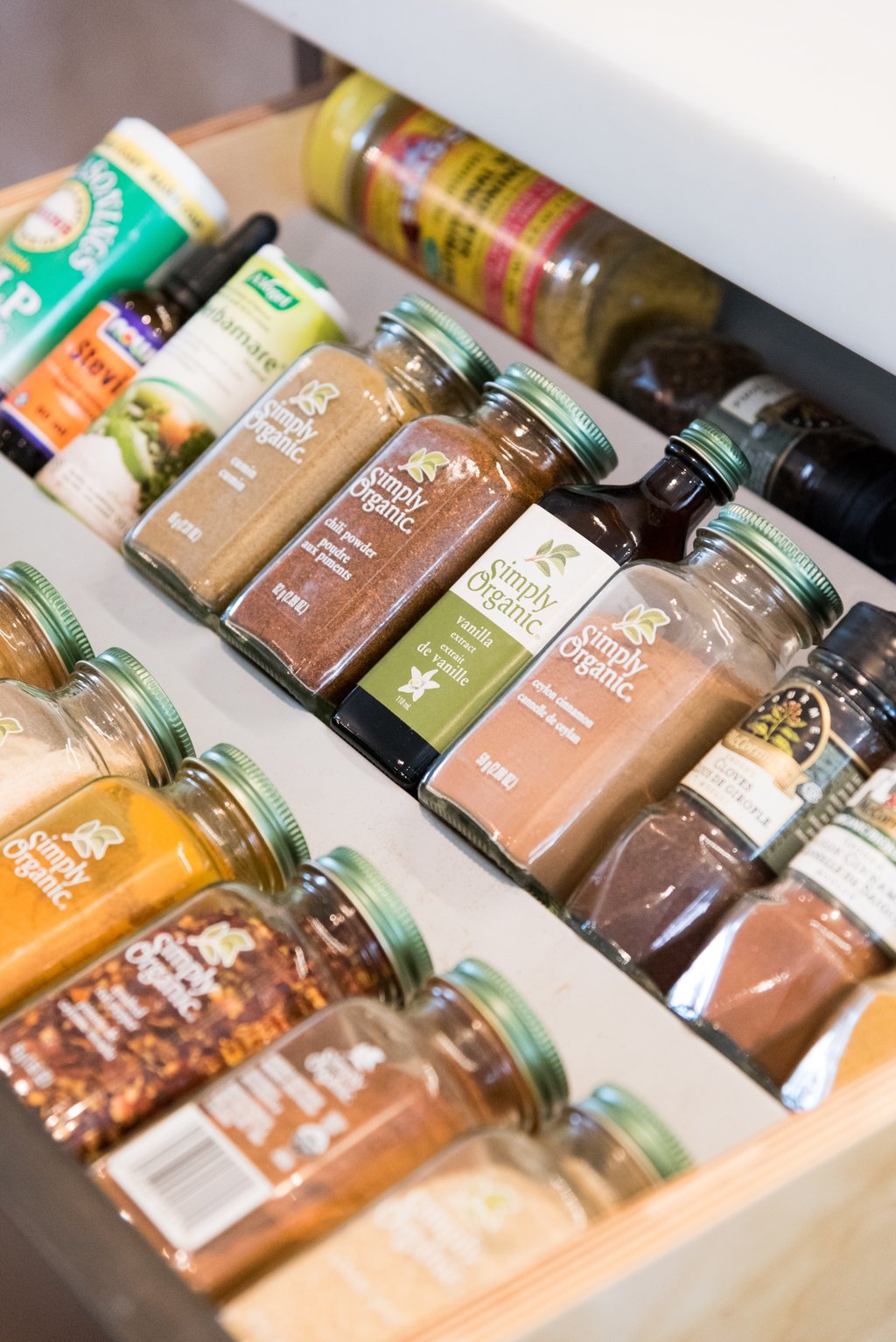 Kate only looks to cookbooks for inspiration—she rarely follows recipes. While she appreciates pretty, picture-packed cookbooks, she adores fact-packed ones written by nutritionists: 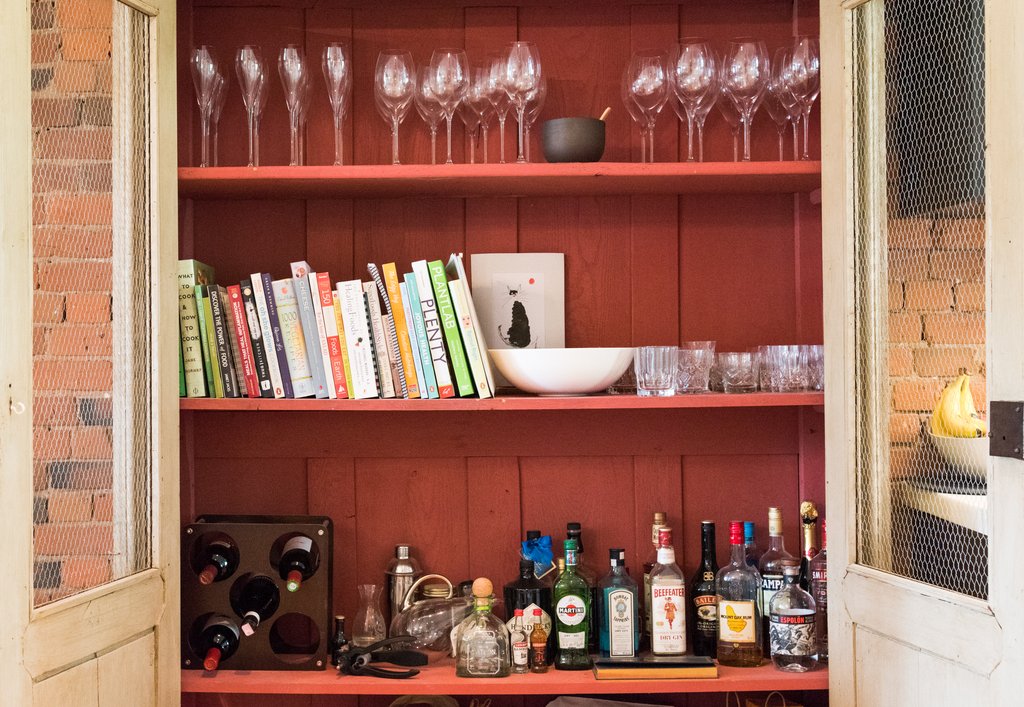 Kate’s maternal grandmother was Slovak, and this is a book of her recipes, which Kate’s mom photocopied and translated. When making her grandma’s recipes, Kate tends not to sub too much (though she does often dial down the sugar): 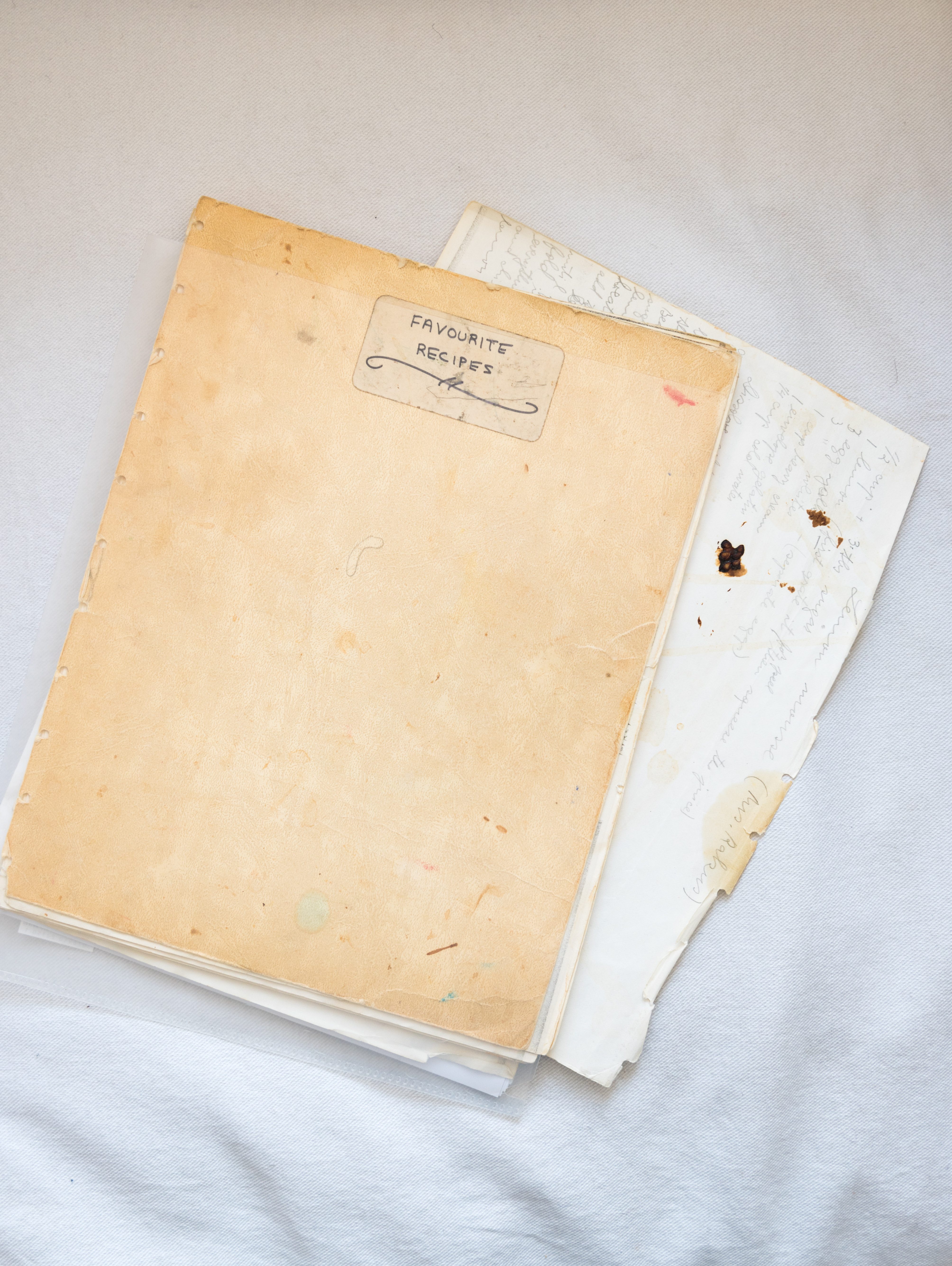 Here’s Kate whisking up some matcha: 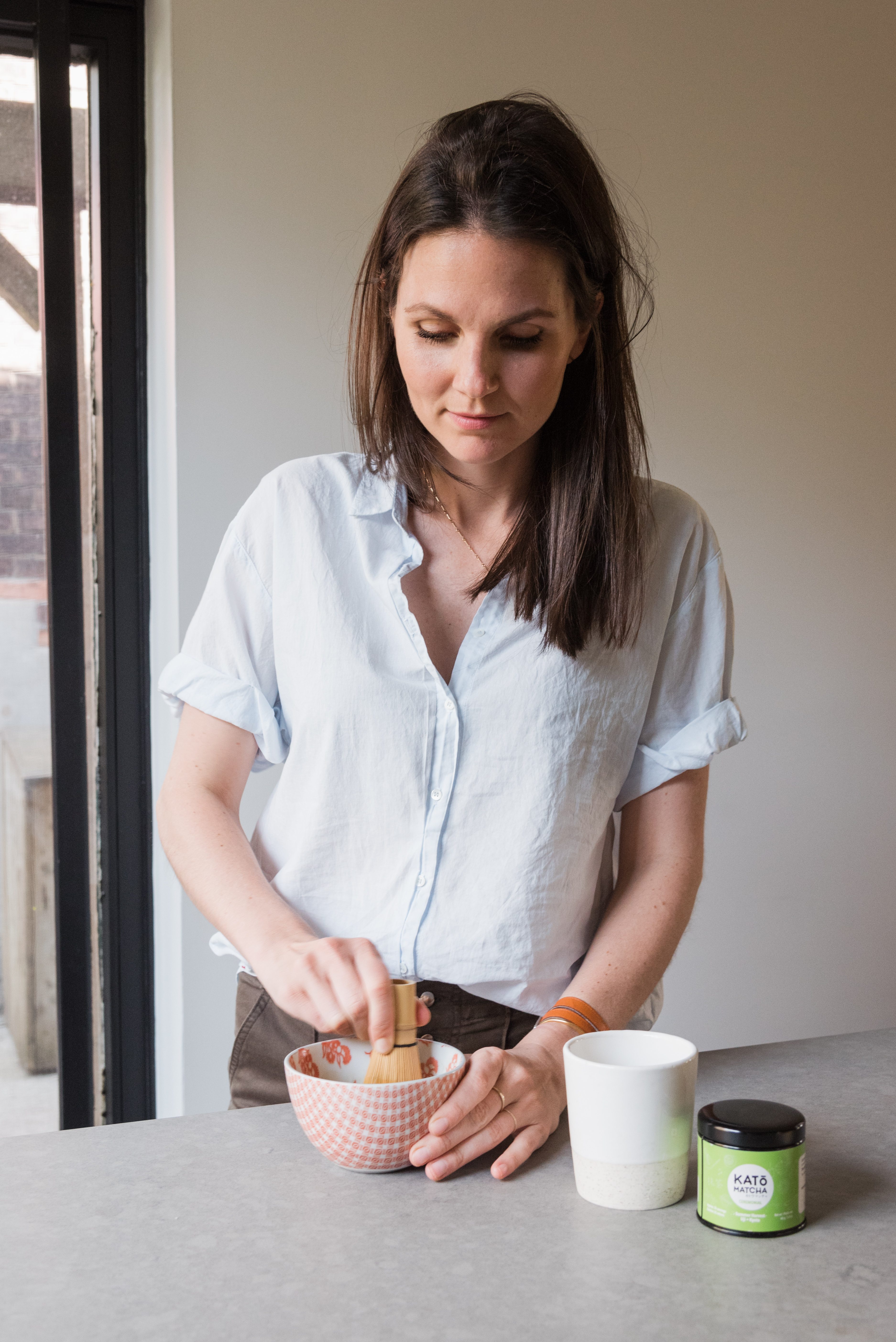 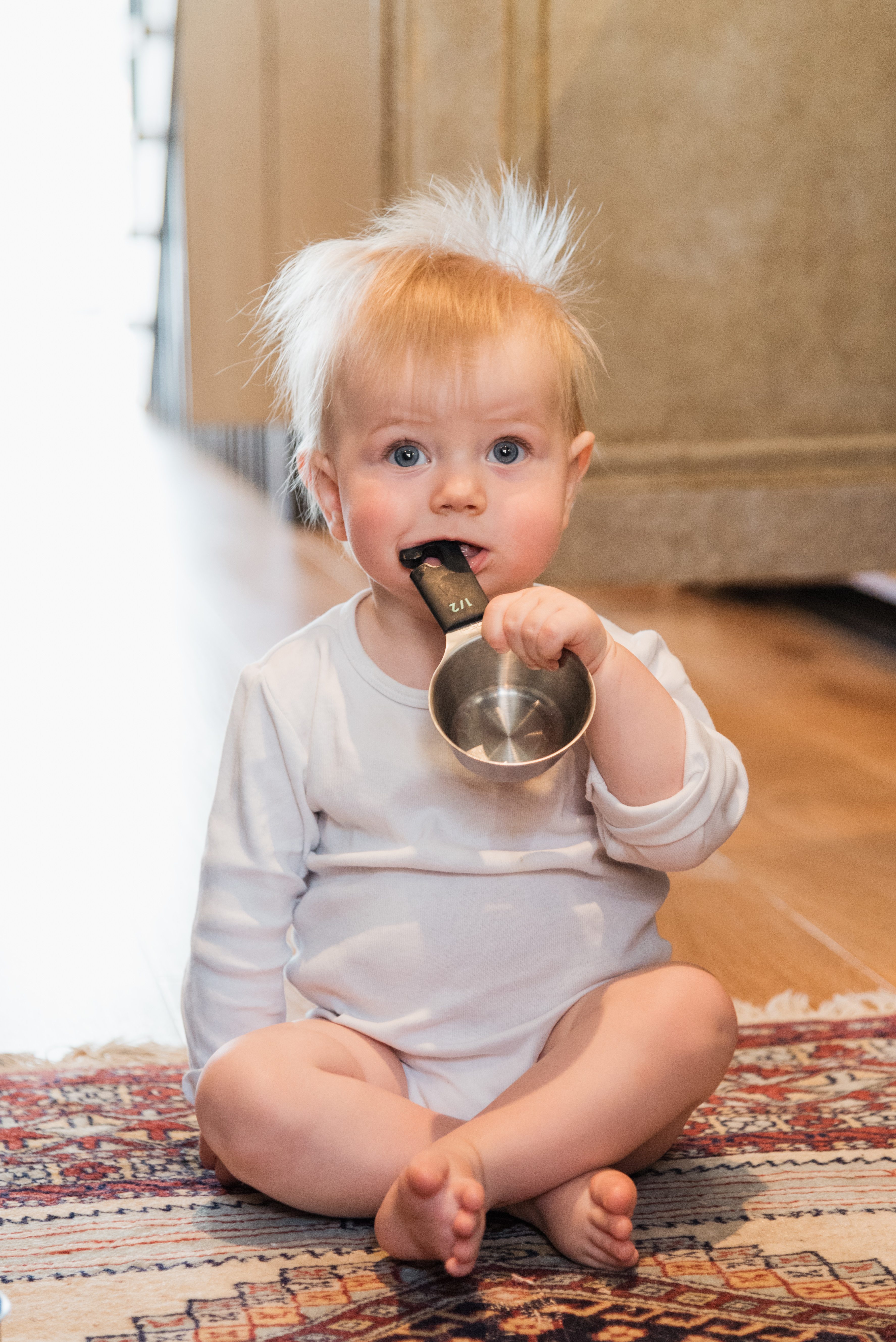 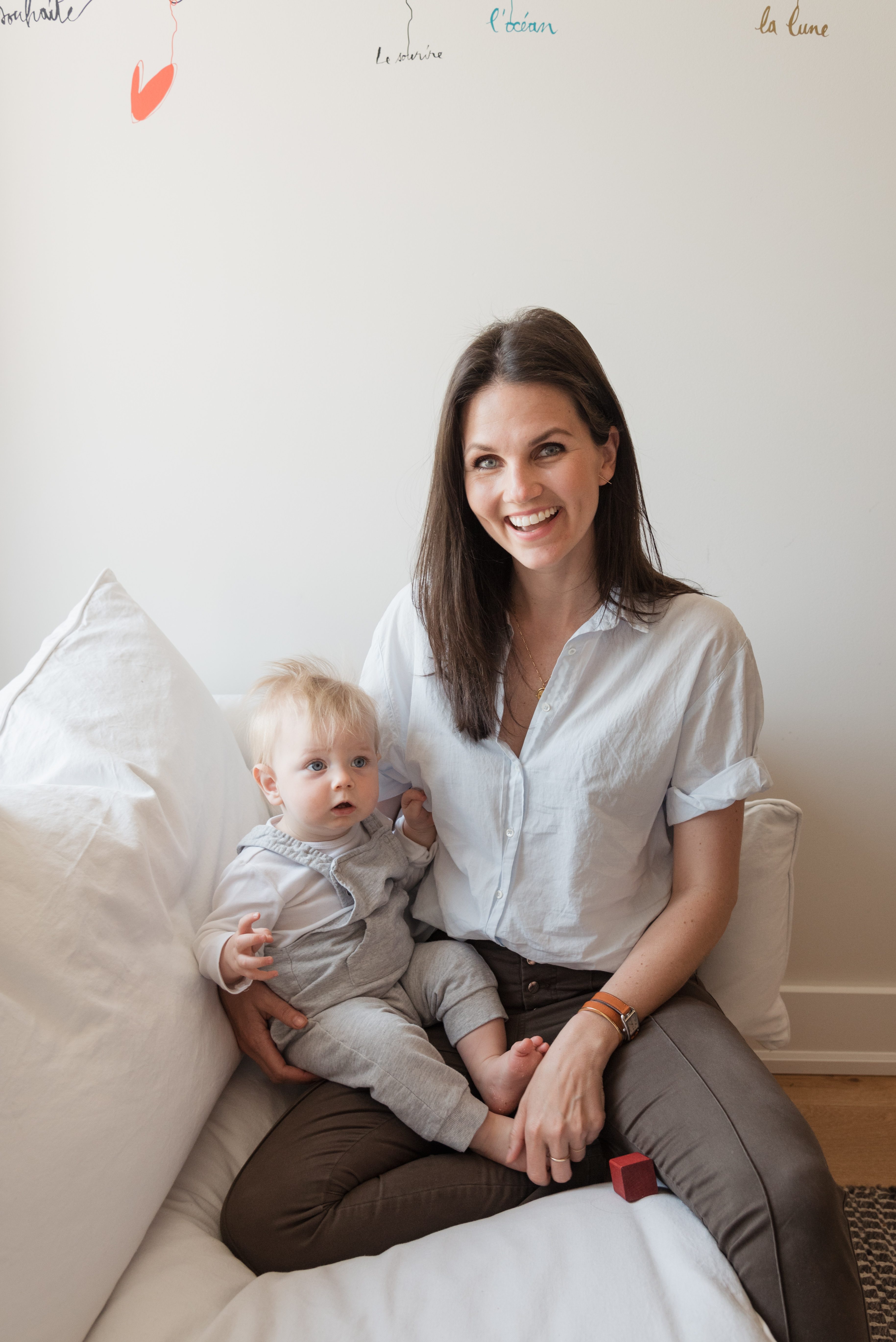