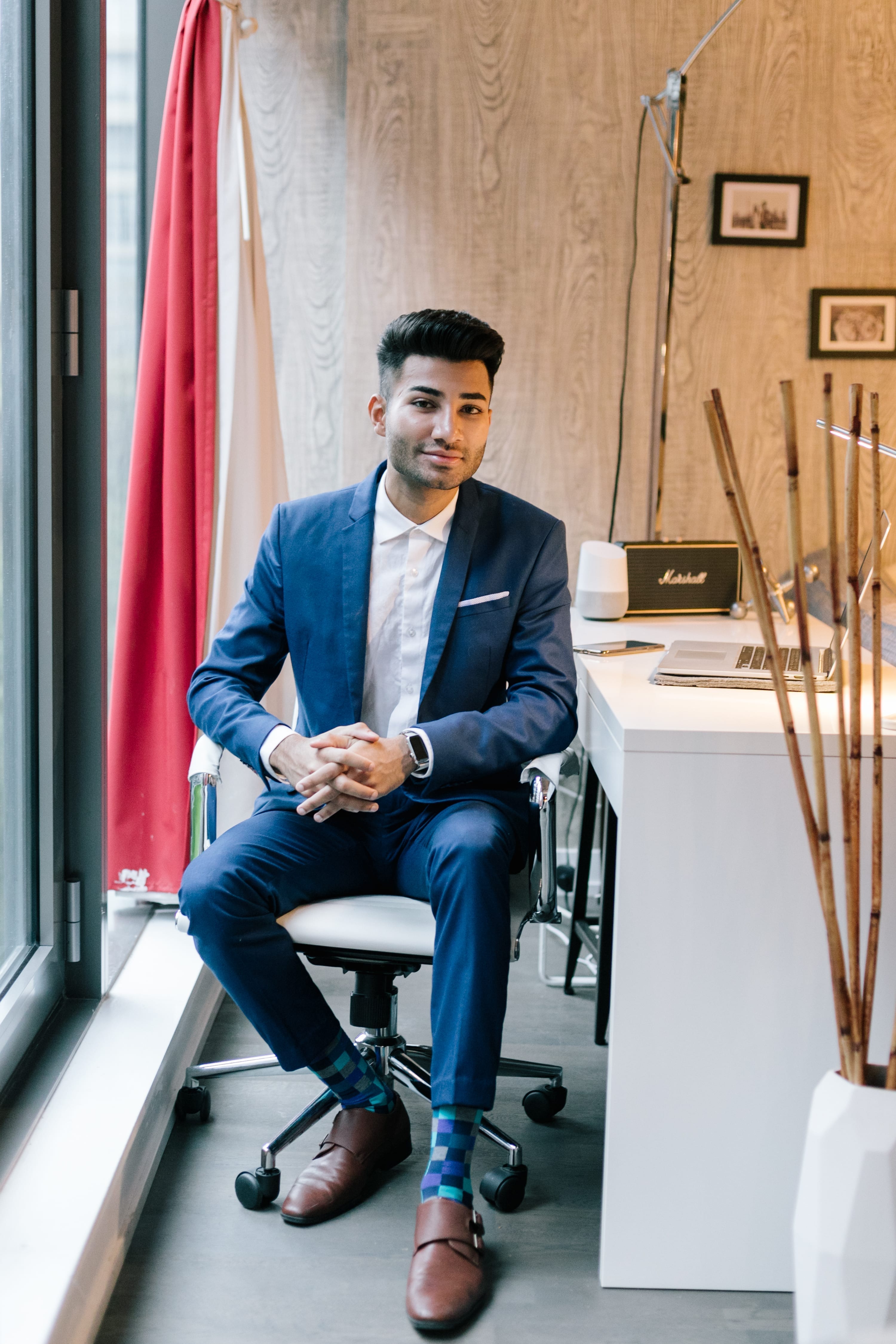 In the year since Fazi Toor moved into his diminutive home on King West, he has learned to love his living space. Sure, it’s not as big as his parents’ house in Caledon, where he lived before he moved downtown, but there’s a special charm to having all one’s belongings at arm’s length. And he enjoys the ultra-chic neighbourhood, home to some of the city’s best bars and restaurants. As a bonus, he has become good friends with the other people who live in his building, thanks to a shared rooftop pool that draws them all out on hot summer days.

“When I tell people I live in a studio, they think of a tight, narrow rectangular space with a bed and kitchen only,” Toor says. “But mine is a wide square, with a separate kitchen, which creates a big living area and increases the number of windows.” He has further compartmentalized the space by arranging his furniture strategically, to enforce some separation between his sleeping and living areas.

Toor brought over his bed from his parents’ house, but most of the other furniture is new, including his desk (which also serves as a dining table) and the three-seater couch: 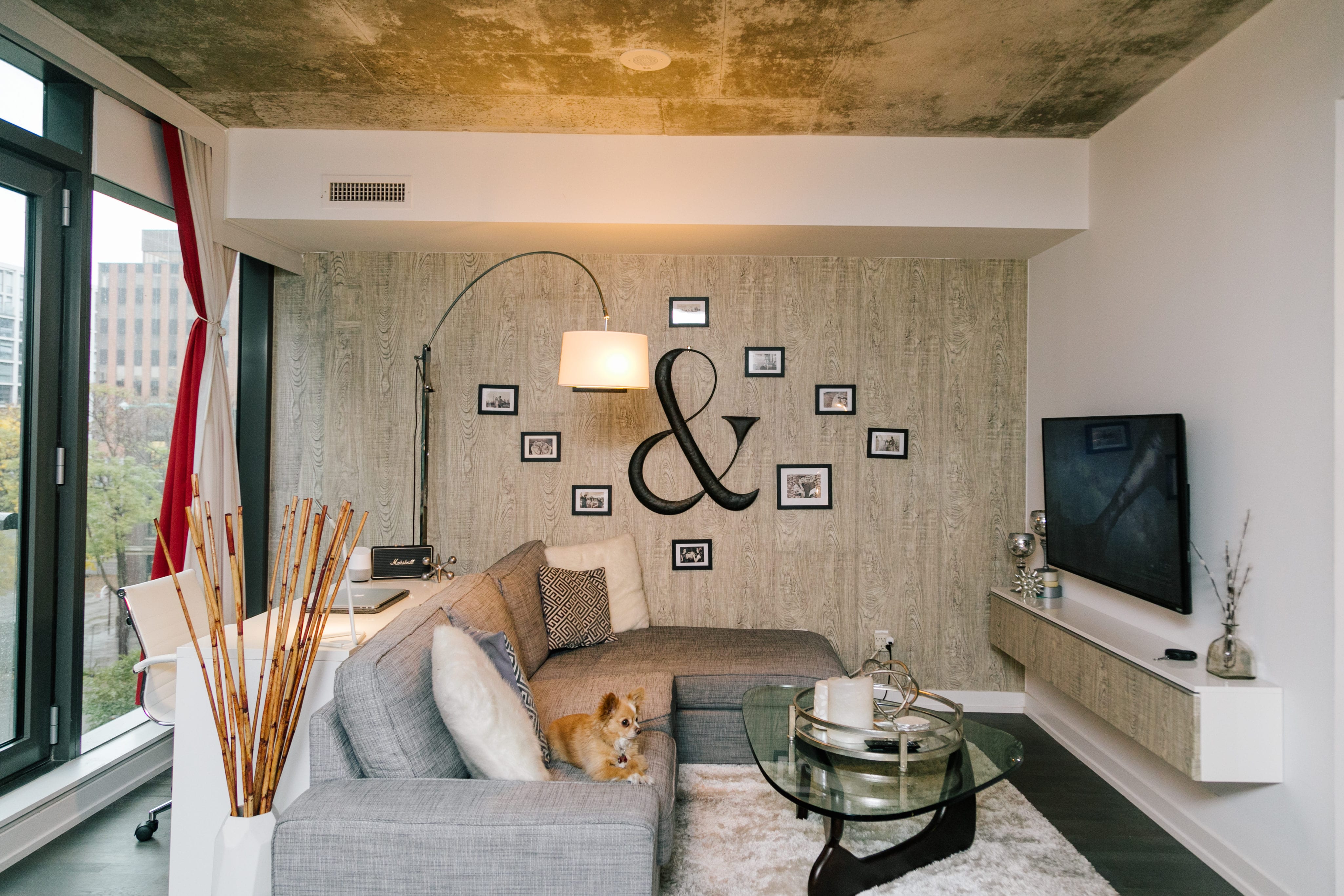 The bedside tables that flank Toor’s bed also function as his dresser. They hold his socks and underwear: 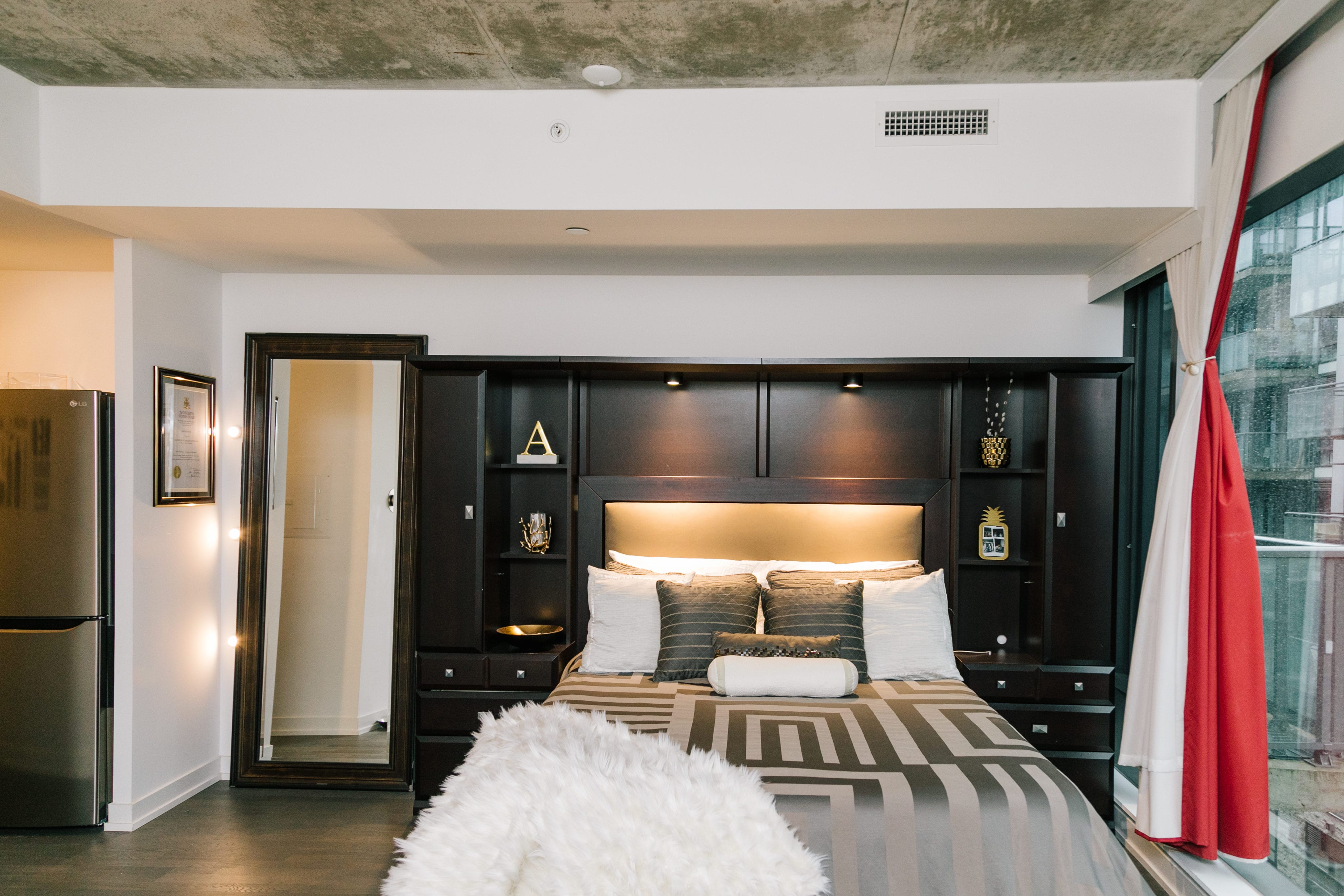 The rest of his clothes are behind a pair of frosted glass doors near the apartment’s entrance: 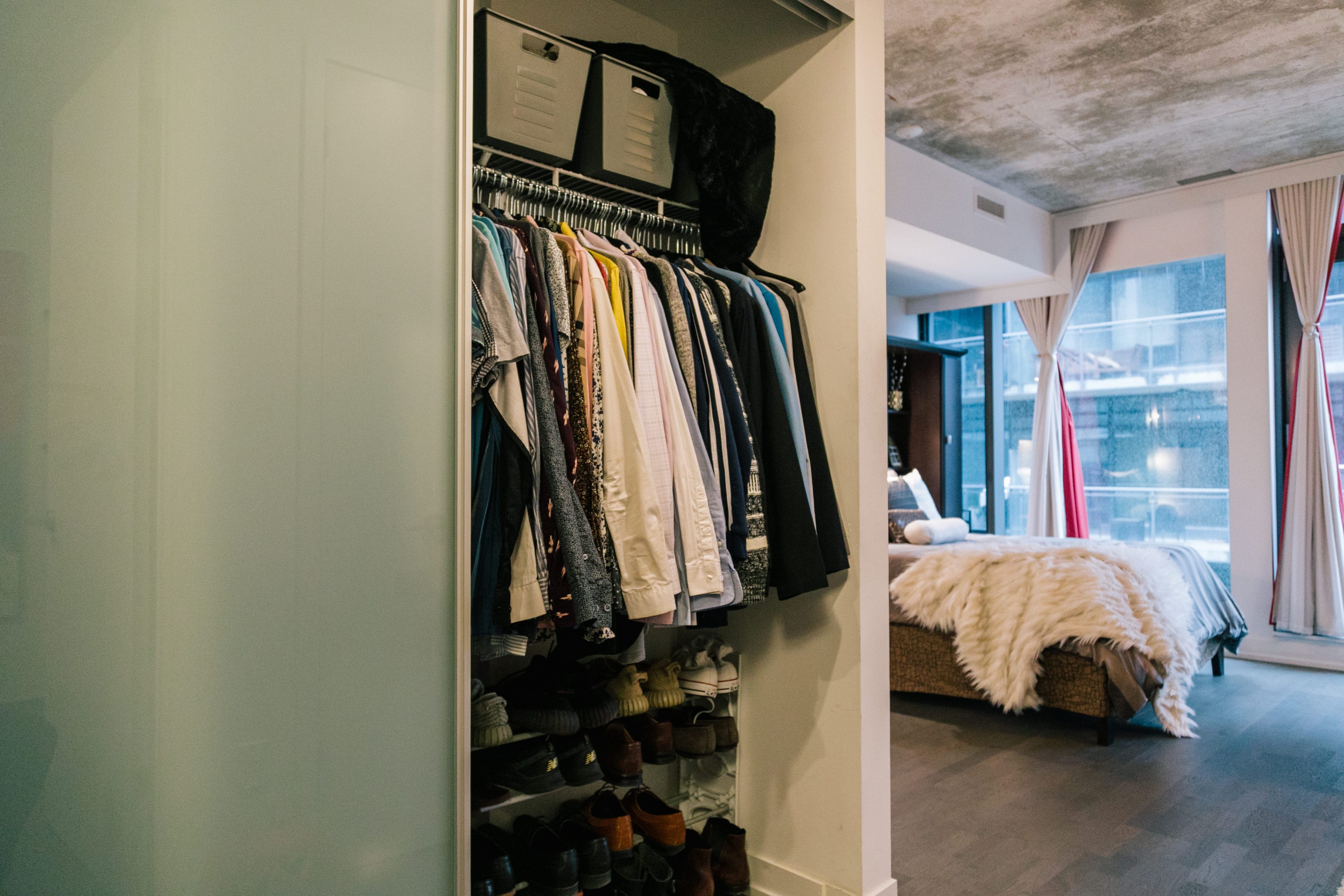 His kitchen is in a separate room, cleanly separated from his leisure space, which makes the apartment feel a little larger than it otherwise would. Instead of hoarding appliances like rice cookers and slow cookers, he sticks with an Instant Pot, which has multiple functions: 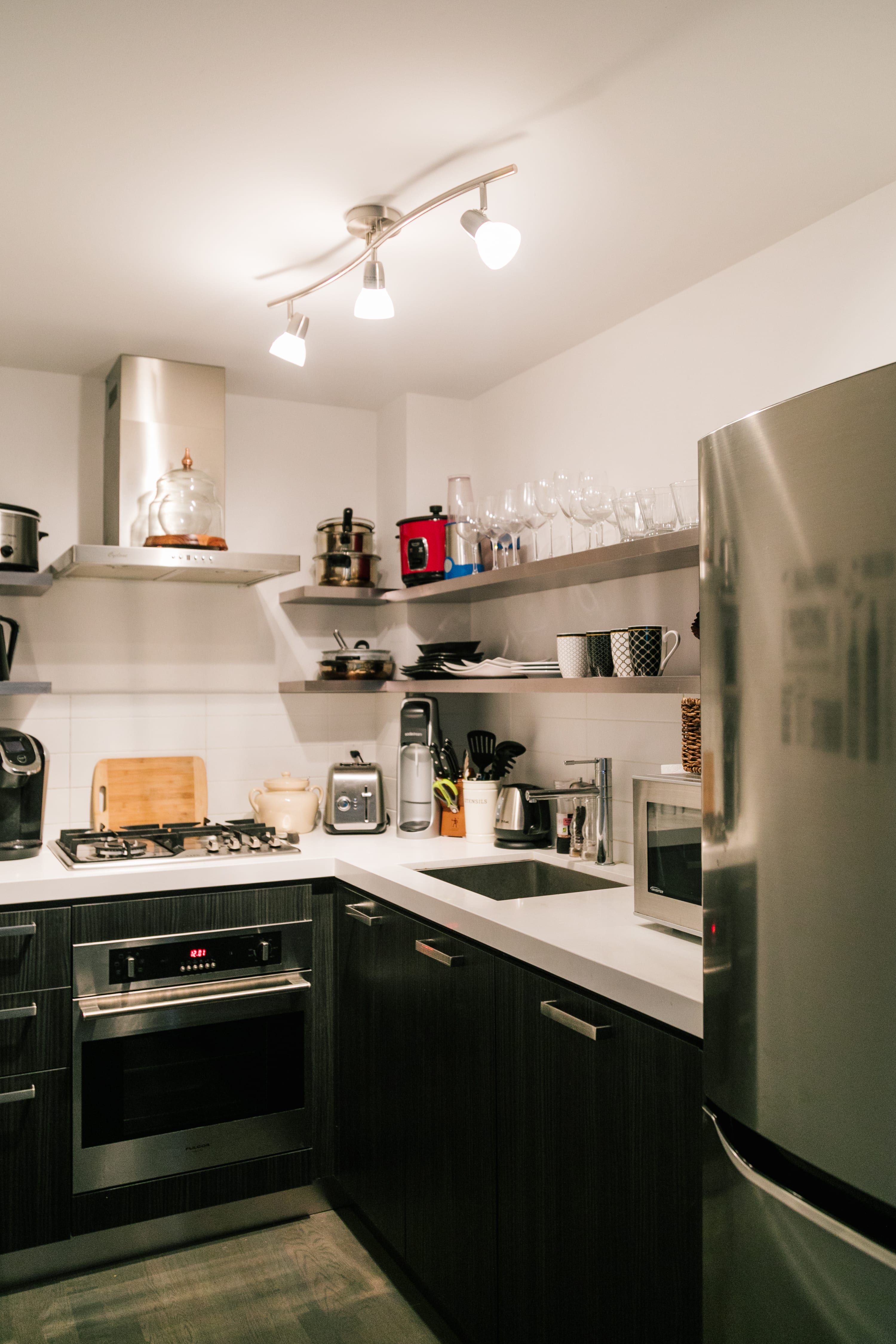 The washroom is bright and airy. The Queen Elizabeth artwork was a gift from one of Toor’s pals: 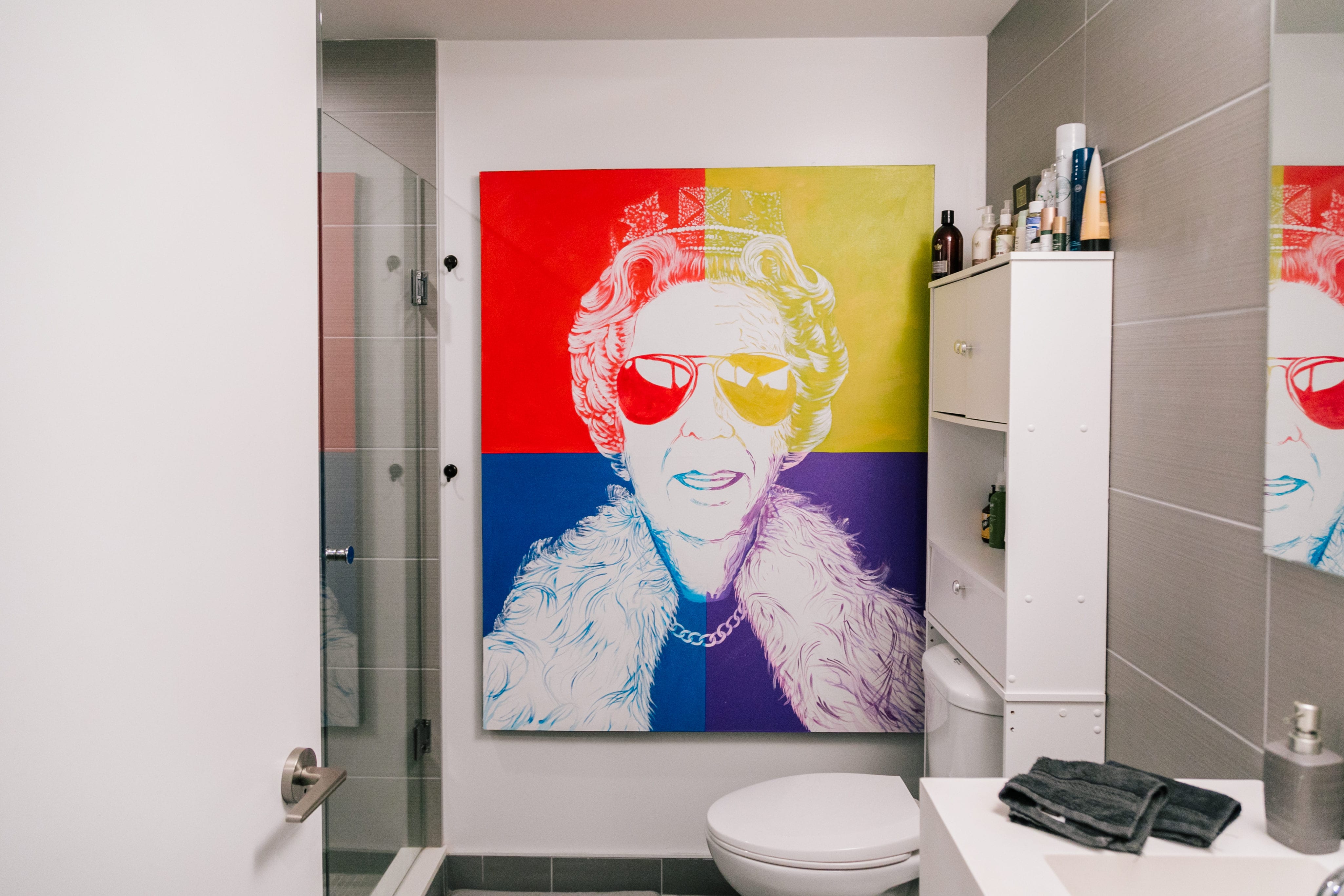 A balcony adds another 50 square feet of living space when the weather is nice: 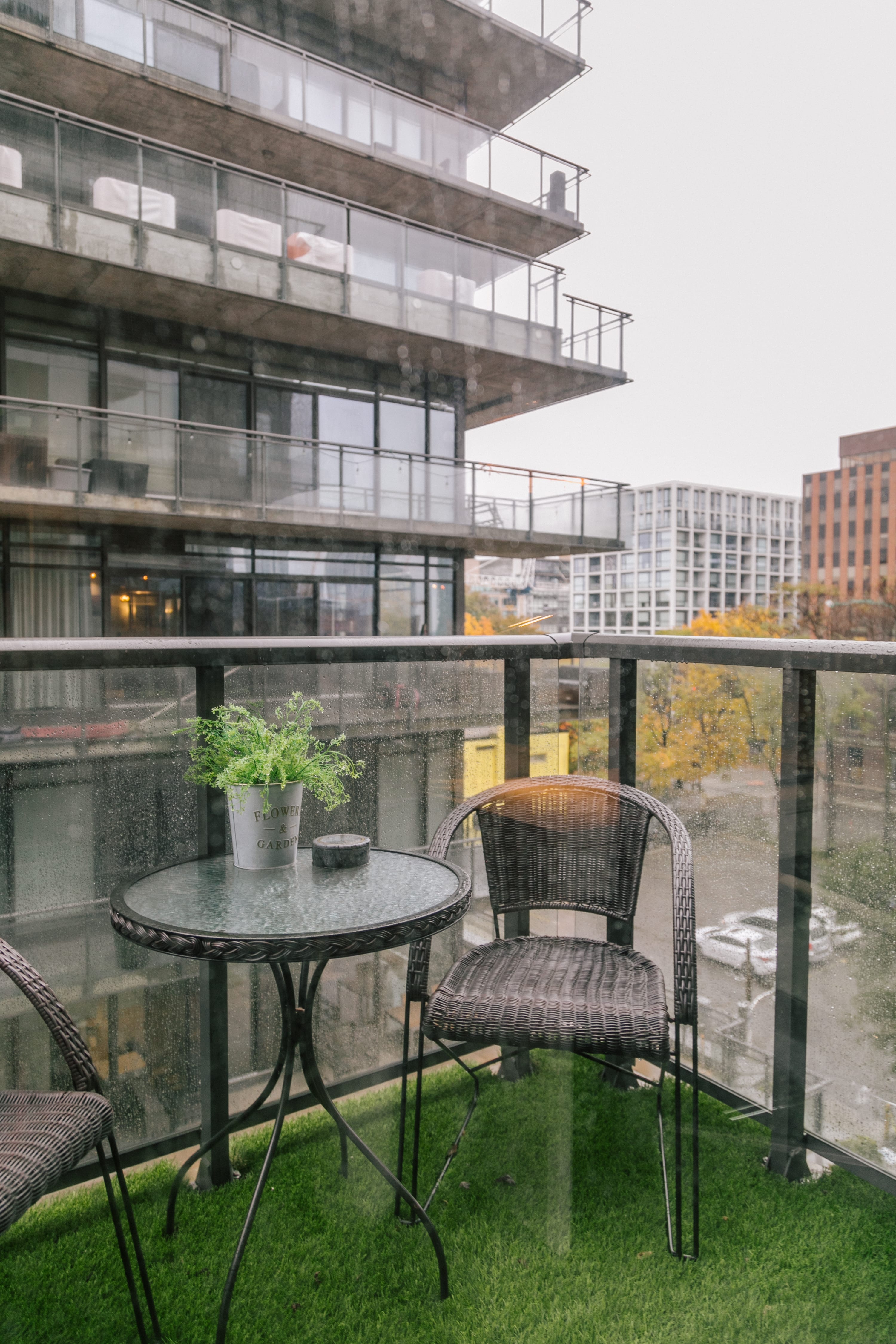