Satoru Inoue knows that most Canadians would find his apartment tiny, but in Tokyo, where he grew up, he was accustomed to even less. “A separate dining, living and bedroom area might be a fairly standard expectation for a bachelor unit here, but in Japan, a decent-sized apartment is two-thirds or half that space,” he says. “I used to have a loft apartment in Tokyo. Its second-floor mezzanine had a height of just five feet.”

Inoue moved to Vancouver for school in 2005, then lived and worked in Tokyo and Singapore before settling in Toronto less than two years ago. Each transition was made simple by his spartan tendencies. He moved here with only a small suitcase, and he waited to buy items for his home until he had thoroughly measured its dimensions. “The challenge is how to fit in the essentials comfortably without things looking cluttered,” he says.

For a space this small, Inoue reckoned that the bed would be uncomfortably close to either the kitchen or the main door. “I chose the entrance, because a bed right beside the kitchen is awkward,” he says: 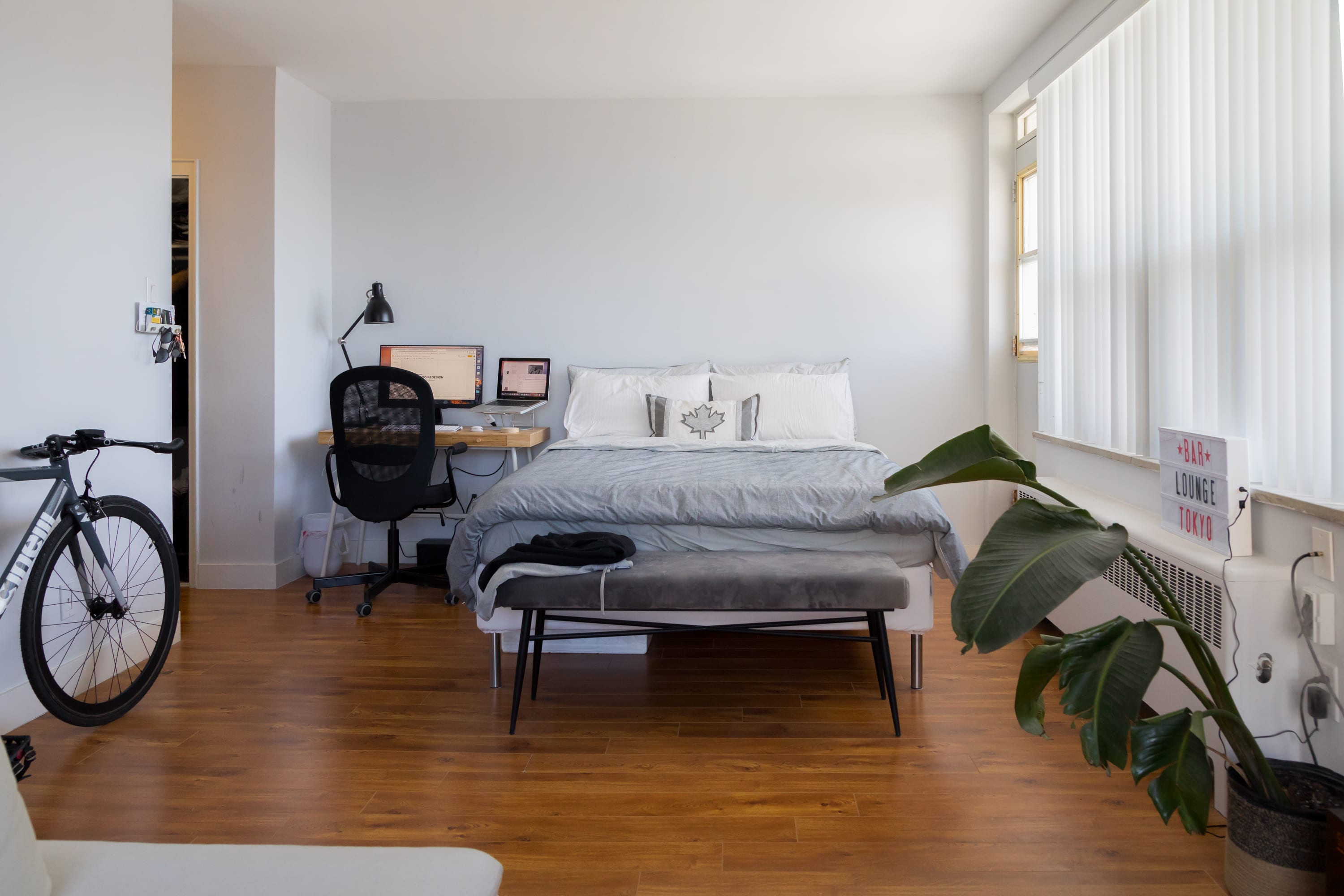 The bed and couch were Inoue’s first purchases for his new space. He’d read that white furniture makes spaces seem larger, which is why he chose light-coloured upholstery. The ottoman came soon after, so guests would have more seating options: 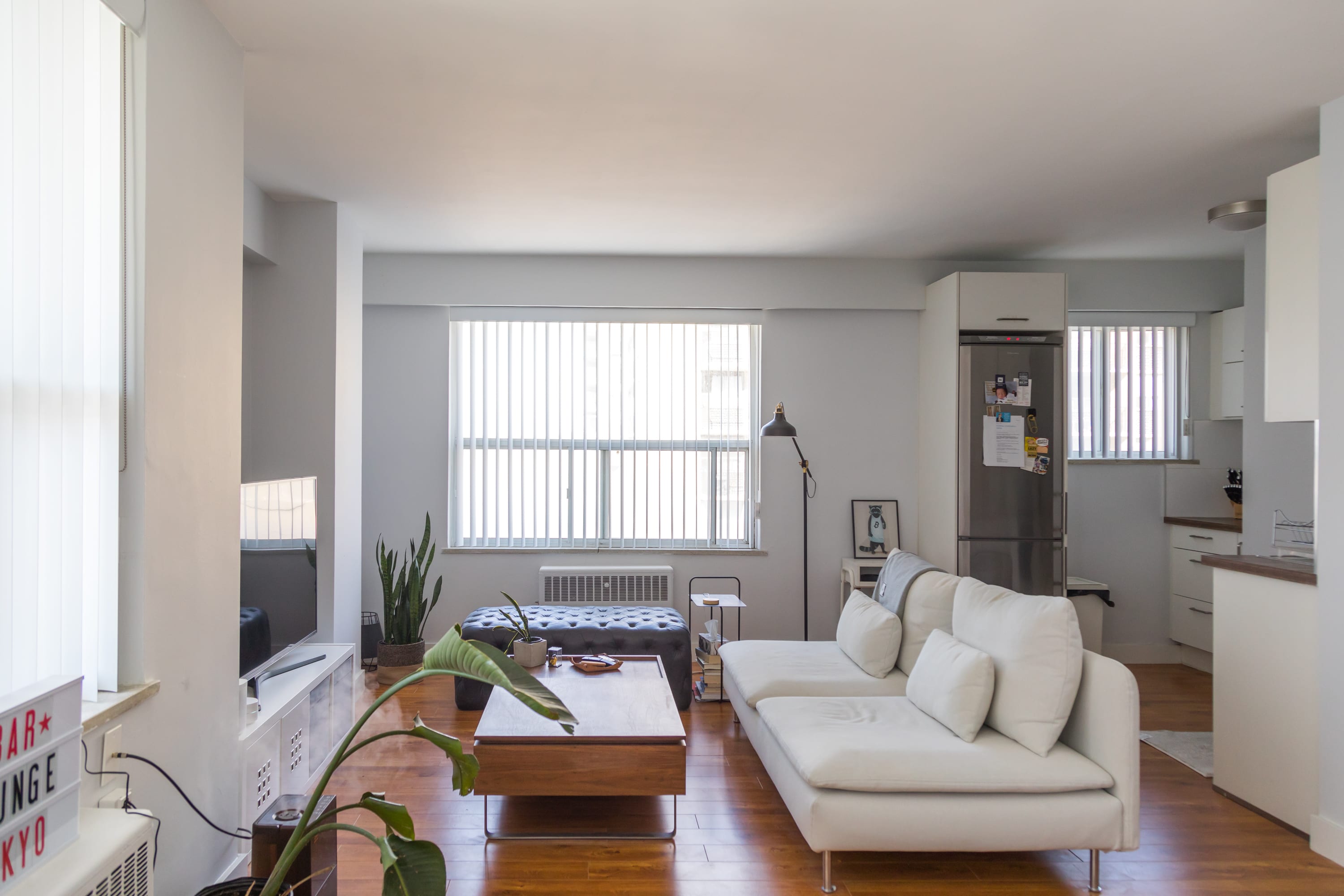 The coffee table functions as a small dining table. The top lifts up to reveal some extra storage: 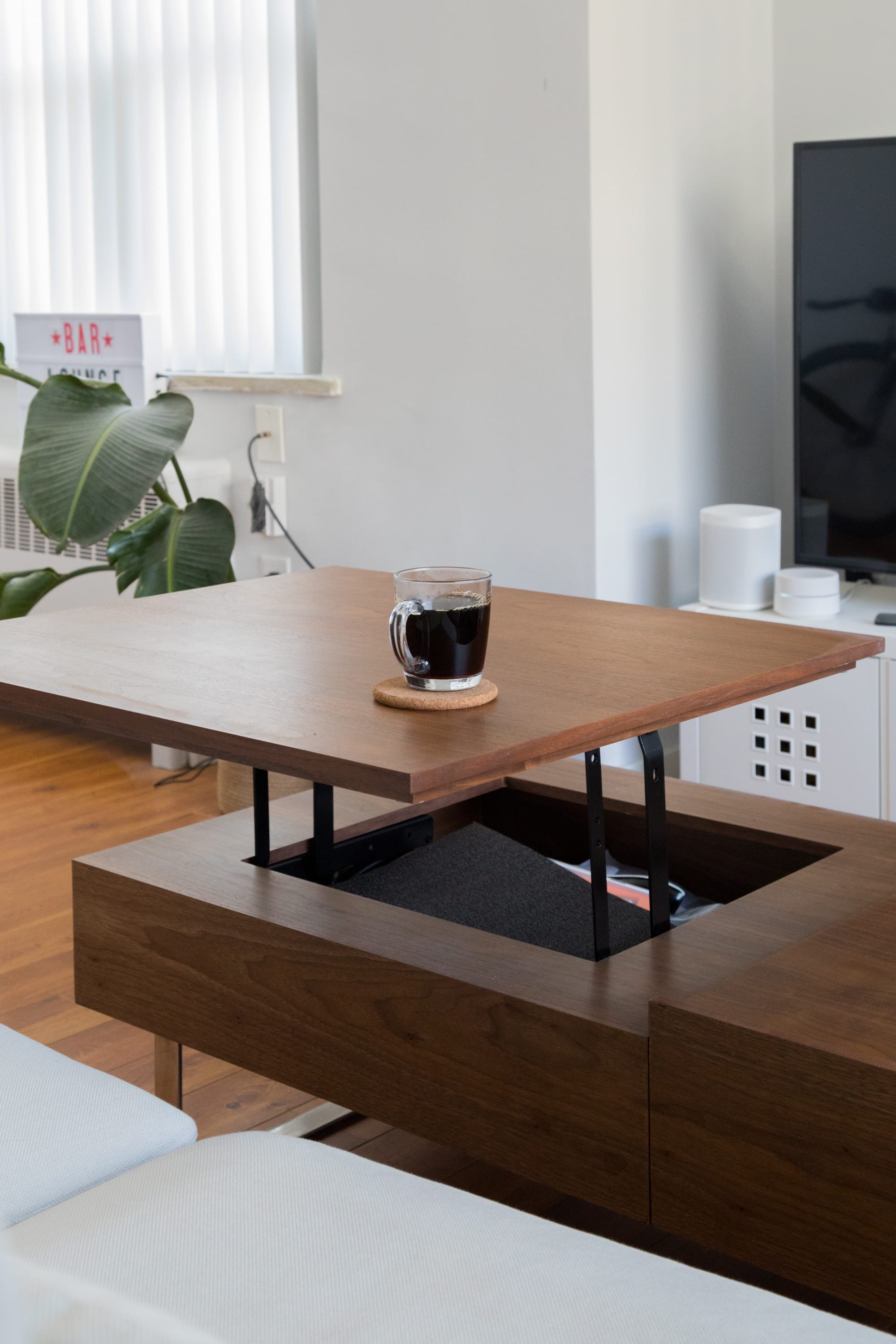 The kitchen has a microwave, an oven and a skinny fridge: 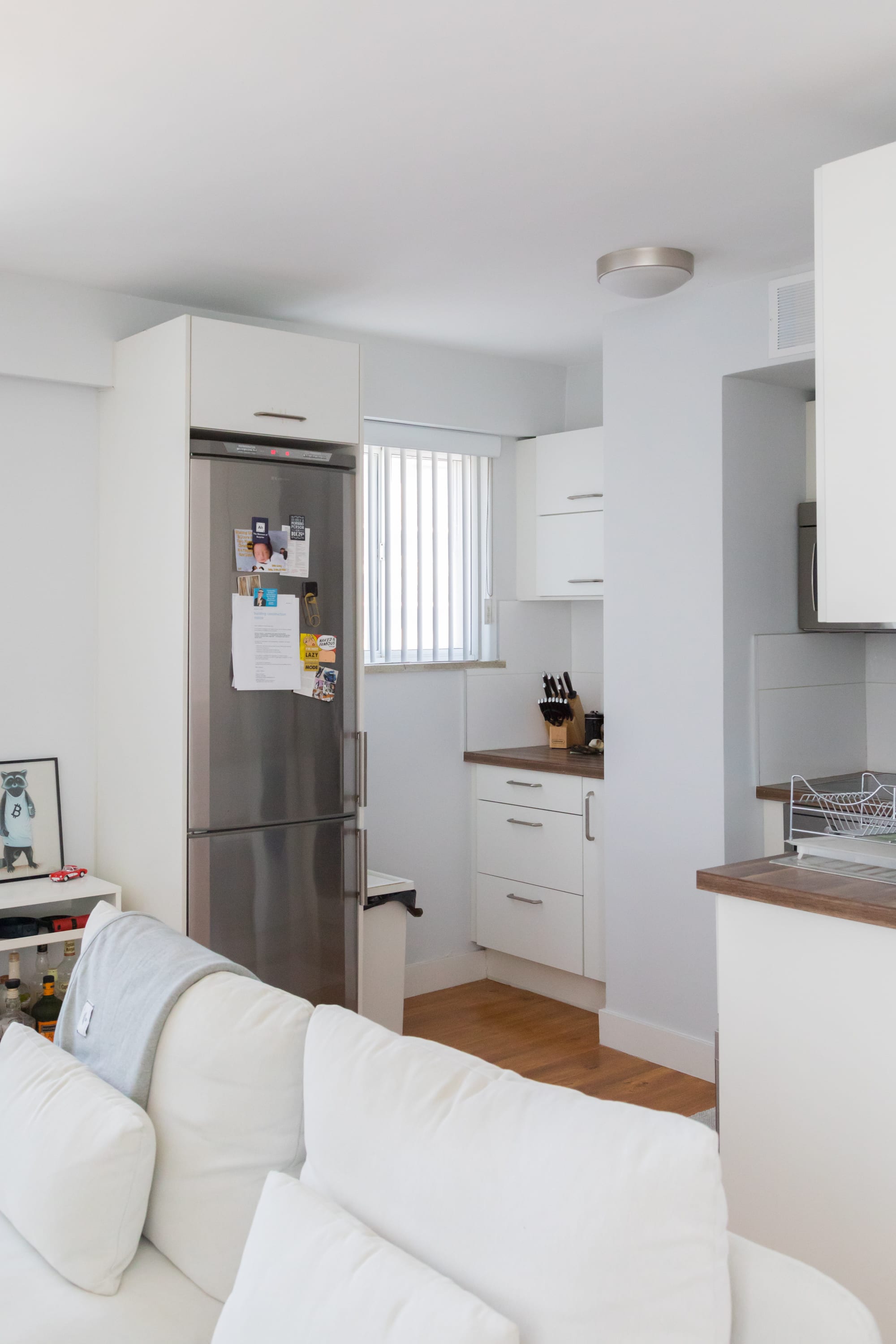 There’s a tiny closet, but little else by way of storage space, which suits Inoue’s policy of “buying quality items in small quantity.” He does, at least, have some outdoor space: 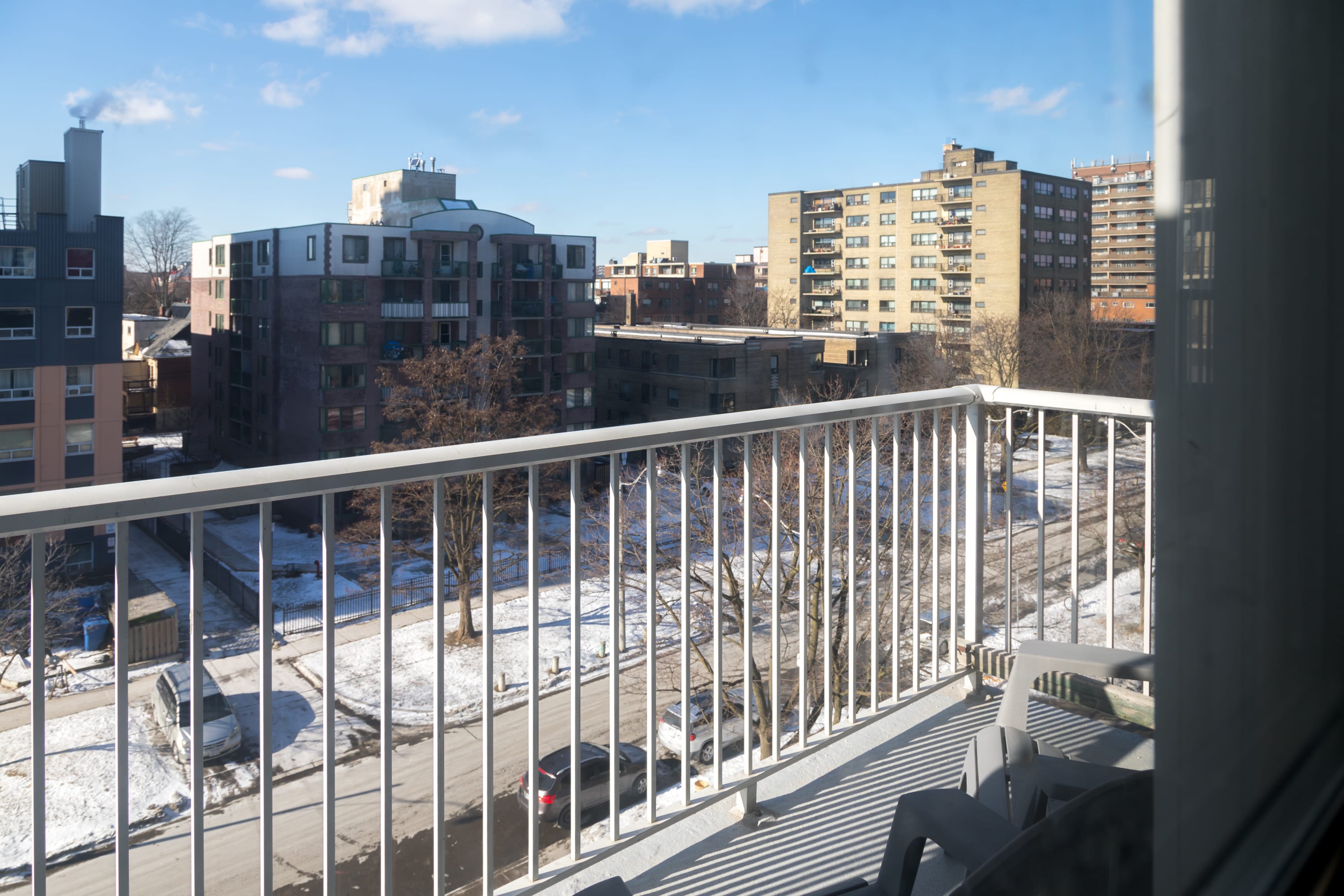