How a designer lives in 350 square feet

How a designer lives in 350 square feet 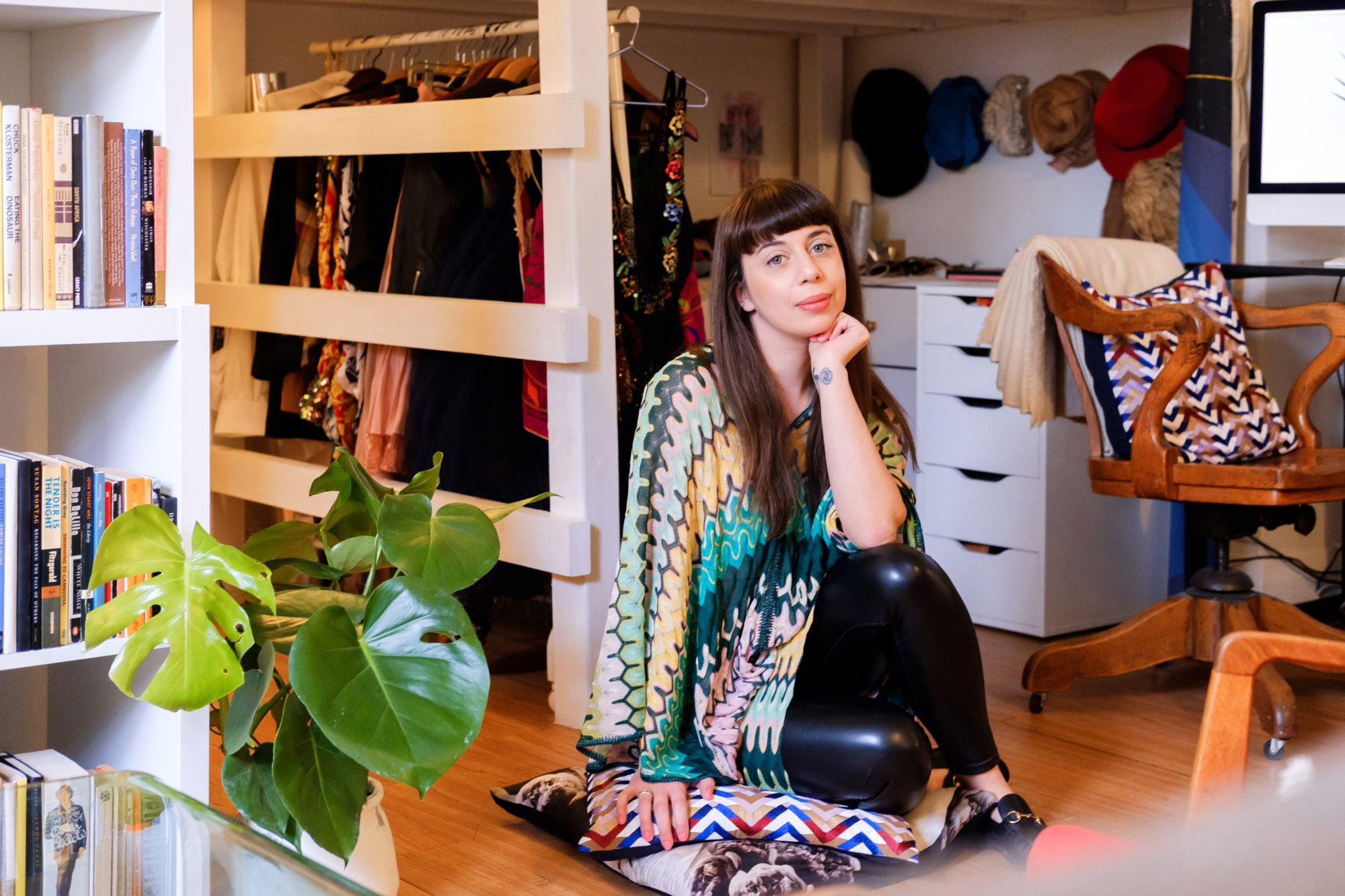 Where: College and Ossington
How big: 350 square feet
How much: $880 per month

Julia Campisi moved into her cozy loft in 2011, after returning to the city from Montreal, where she studied photography at Concordia. Back then, she was working in restaurants and retail while focusing on her art part-time.

She found her Toronto apartment when she went to view a basement unit in a 1910 mid-rise at College and Ossington. She wasn’t into its dark vibe, so she asked the superintendent if he had anything else available. He showed her a micro-unit on the third floor that was coming up for rent in a few months. It had great light, 10-foot ceilings and, best of all, was super-affordable, at $799 per month. She gave him first and last month’s rent the very next day.

She did have a few concerns about the cramped space, though: namely, where her vintage clothing collection and piles of books were going to fit. She ended up building a loft bed and storing racks of apparel underneath. In the living room, she ran Ikea bookshelves up one entire wall.

In 2018, she took a job in client experiences at a financial firm. When the company moved offices in December, she designed the new space. Since then, Julia has left her job to pursue design full-time, and she has worked on a few other hotels and commercial spaces around the world. Now, her apartment doubles as a studio, and she works from home most days. In eight years, her rent has only gone up $80, making the place a rare affordable rental in the city—one that she says she won’t abandon until she buys a home.

When she moved in, she removed the original full-sized stove and fridge and replaced them with a toaster oven, a hot plate and a smaller fridge. “I use a lot less energy and saved a lot of space,” she says: 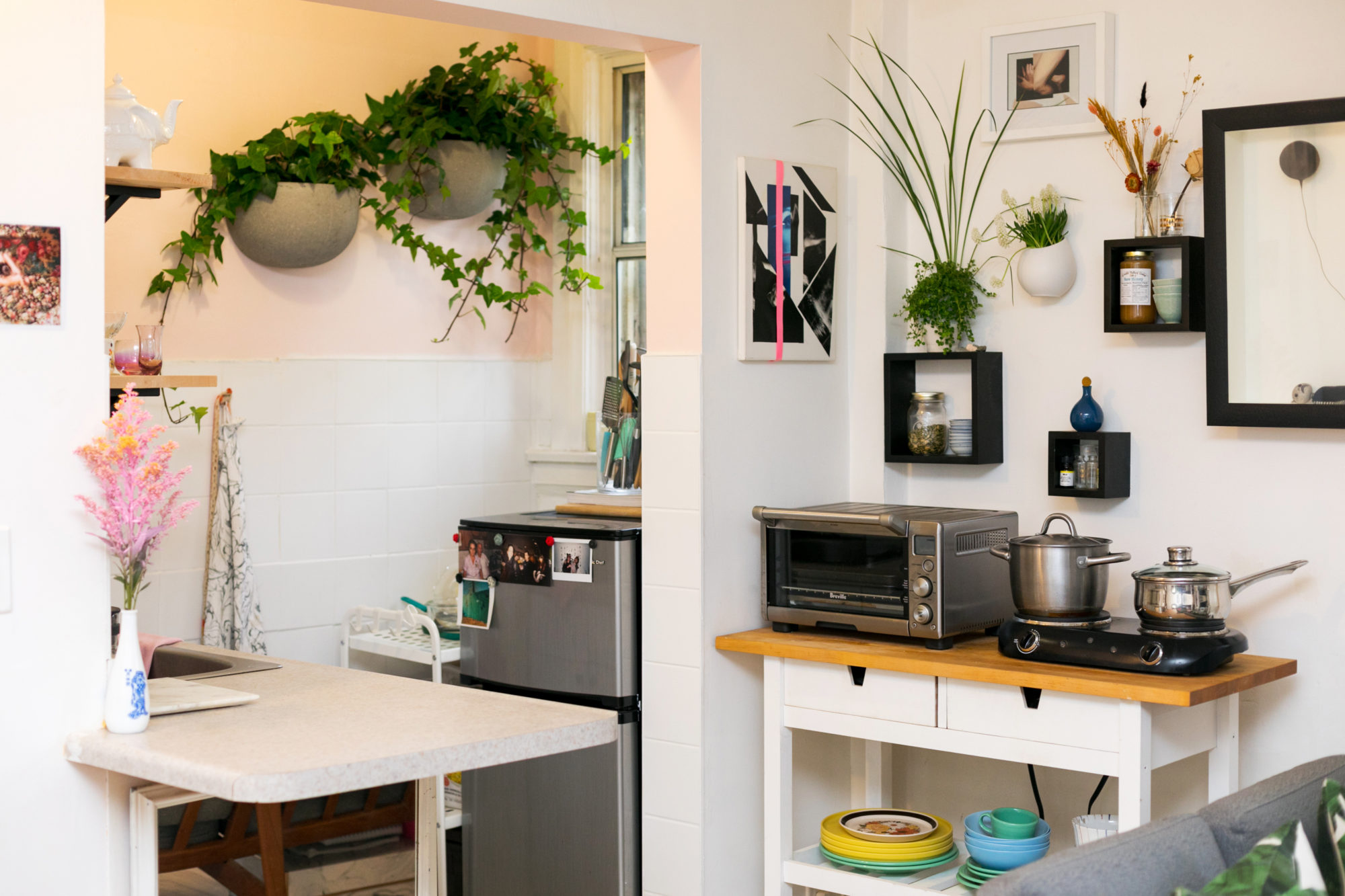 A living room was important to her, so she made one out of a small alcove. The couch and chair are both mid-century Danish teak: 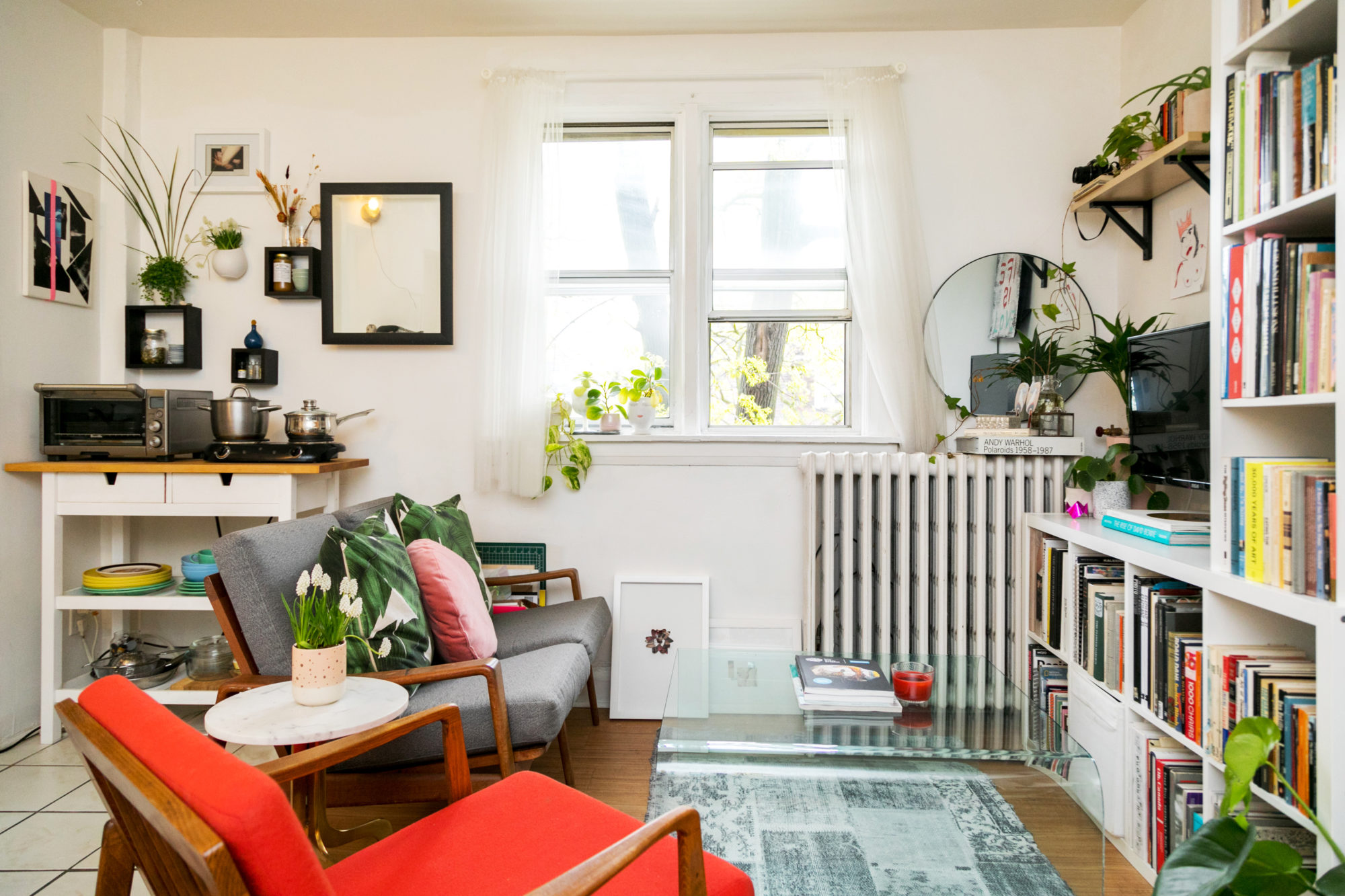 Julia reconfigured some of the Ikea shelves so they would sit vertically against the wall. The “Life is Love” piece is by Brooklyn artist Trevor Andrew: 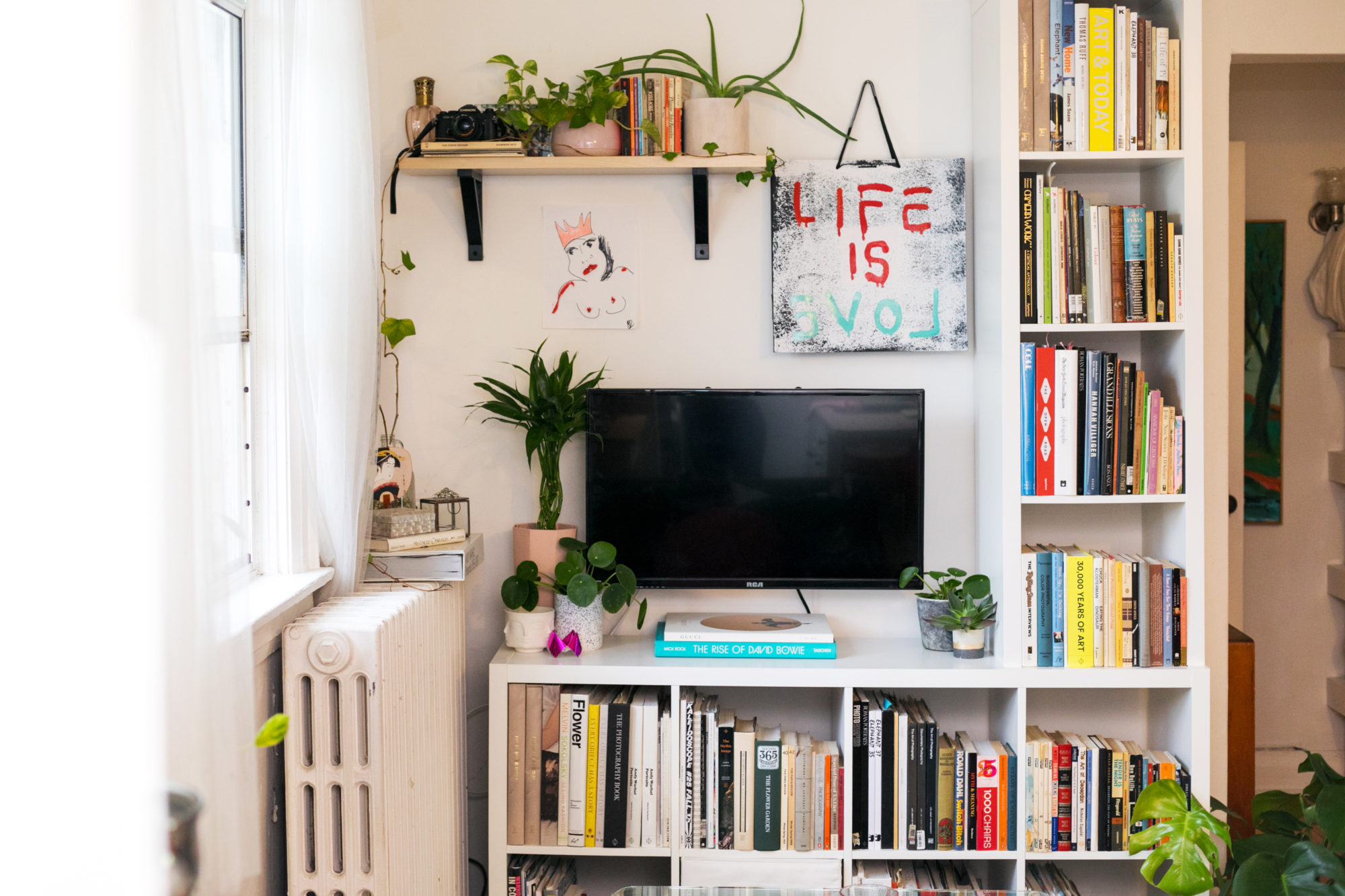 Past the living room is her bedroom. She says the loft bed frees up about 24 square feet of usable space: 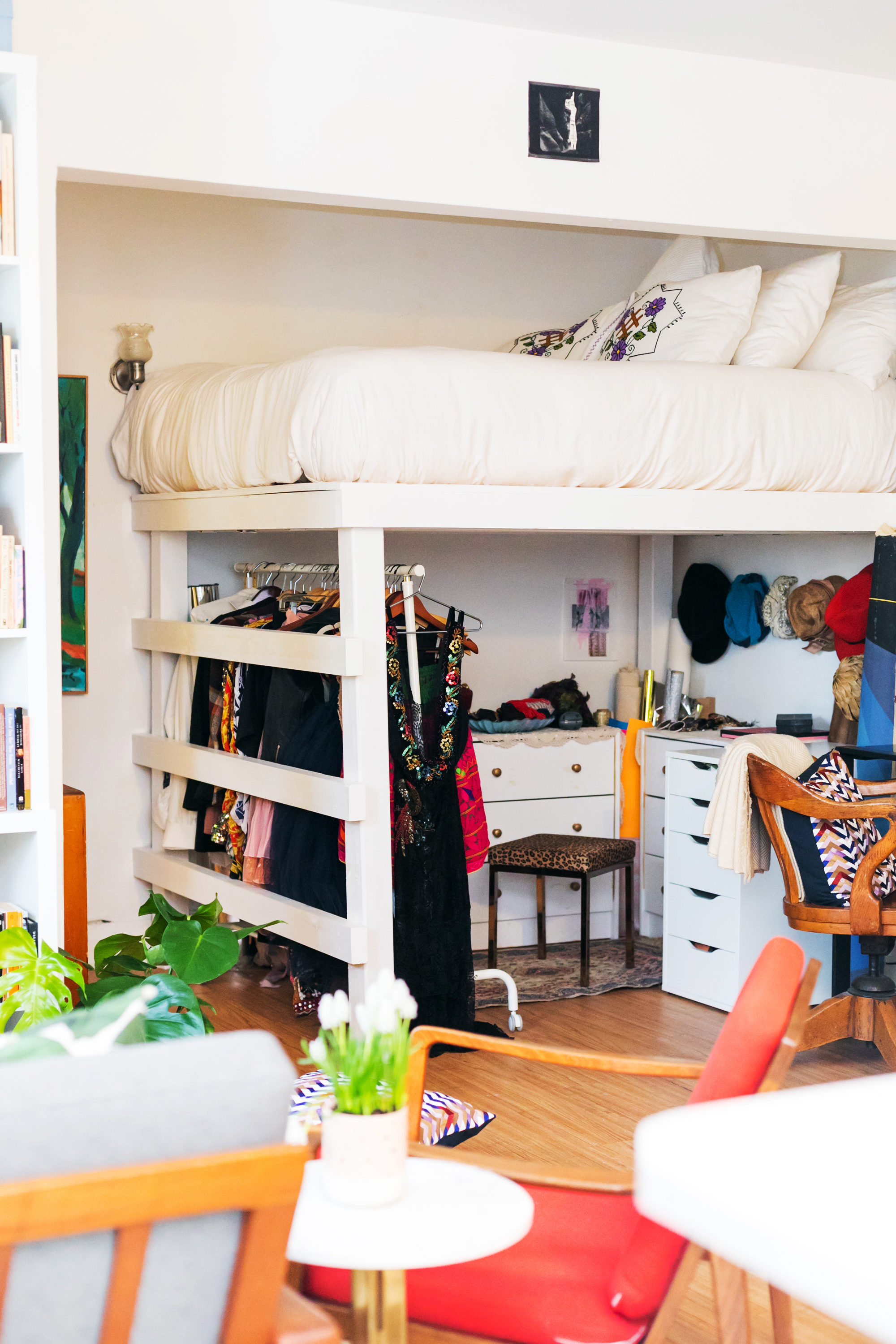 Her bedroom doubles as her home office, with a computer, scanner and printer: 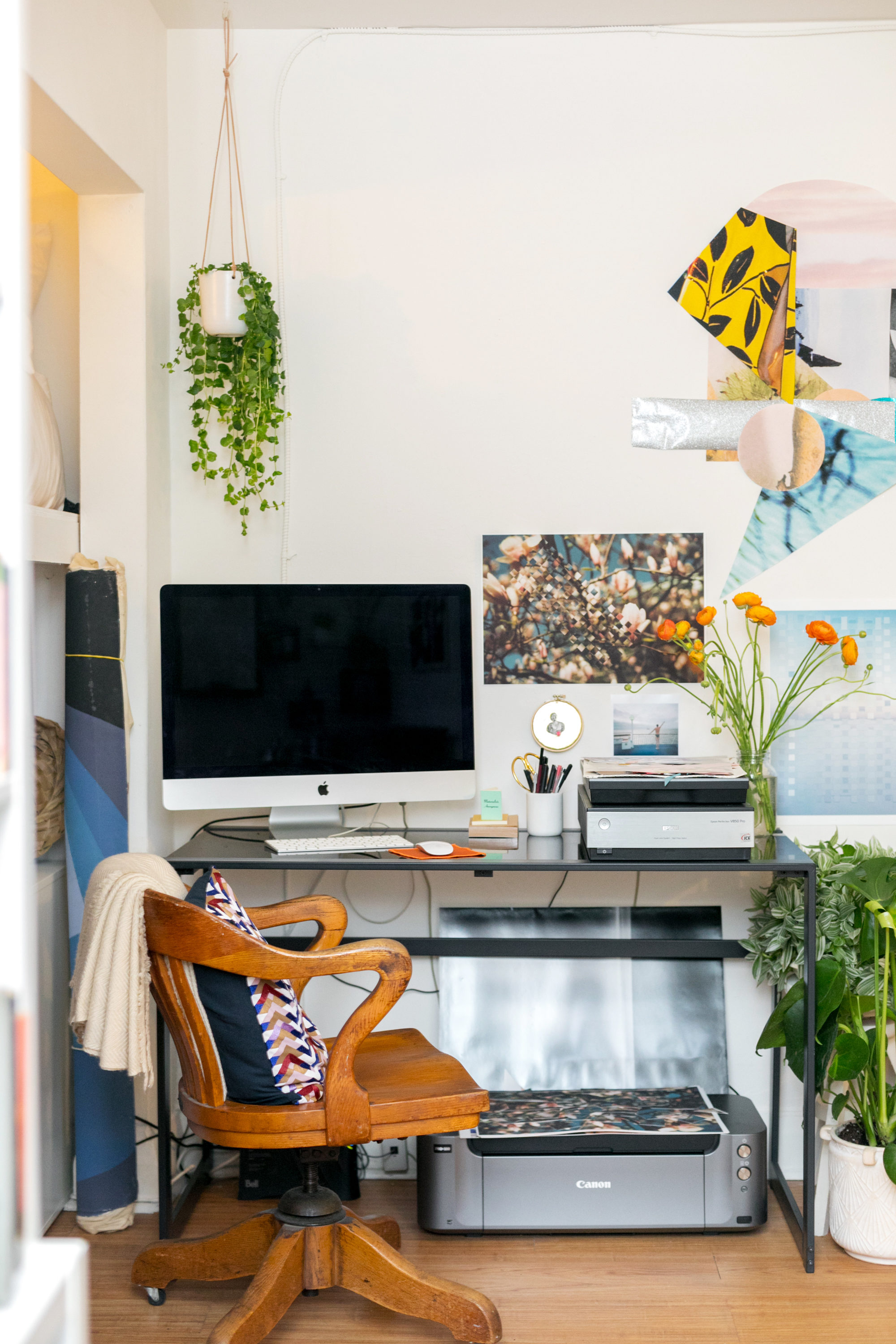 In case you can’t tell, Julia likes plants, and she loves that her space gets enough light to nourish them: 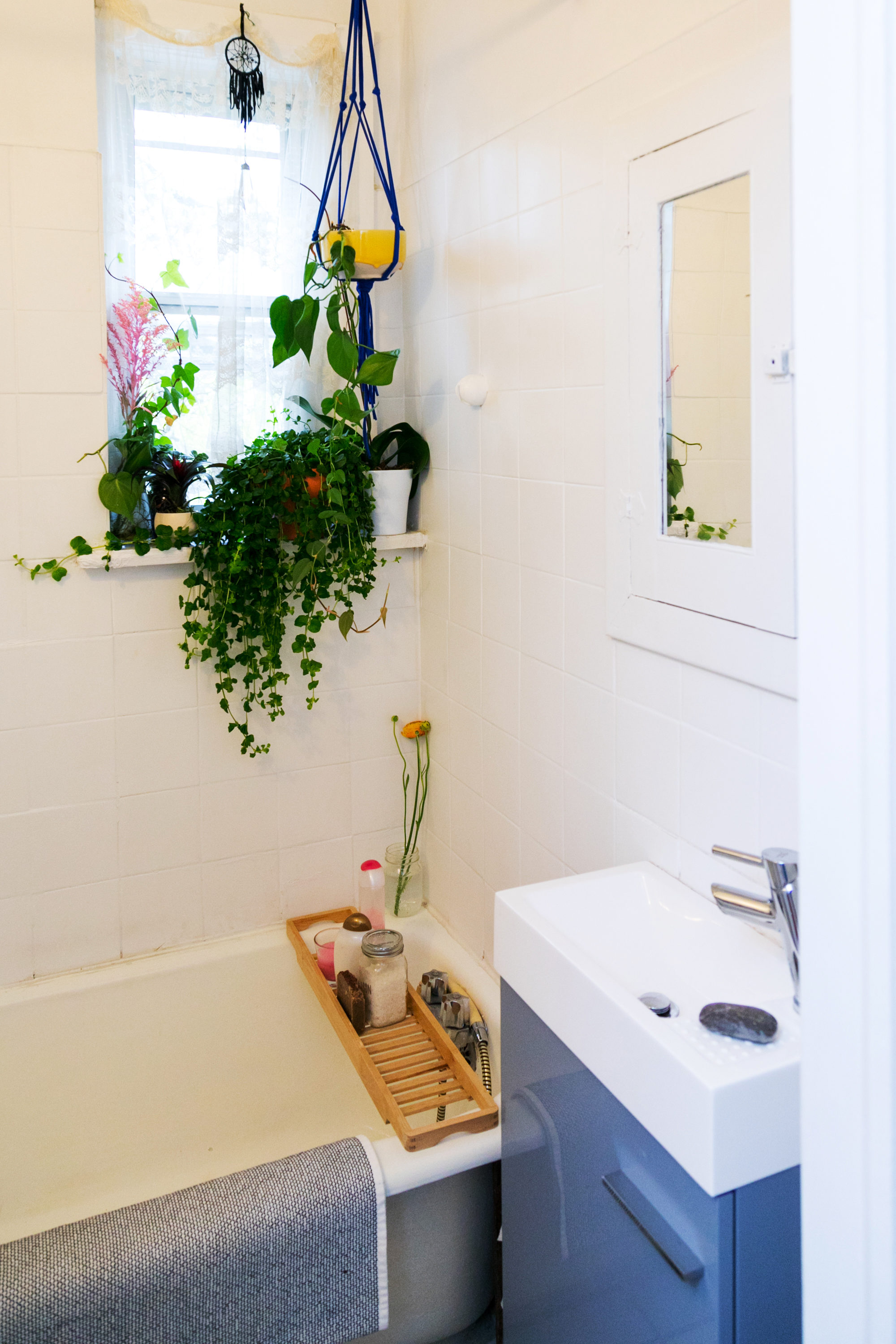 Did you make interesting compromises to find a home in the city? We want to talk to you.

This post originally misstated Julia Campisi's profession. She is a collage artist and designer, not a photographer and interior designer.