What’s on the menu at Somun Superstar, a new place on Kingston Road for Bosnian sandwiches on house-made bread

What’s on the menu at Somun Superstar, a new place on Kingston Road for Bosnian sandwiches on house-made bread

Since moving to Toronto, Bosnian expats Alen and Sanja weren’t hurting for homeland food—the city has a number of Balkan spots where you can nab a burek or an order of ćevapčići (caseless Balkan sausages). There was, however, one thing they pined for: somun. These wood-fired breads are a Bosnian staple. What bagels are to Montreal, somun is to Sarajevo.

In order to curb their craving, Alen and Sanja paid an uptown restaurant to use their pizza oven after-hours, rolling in at 2 a.m. with their immense bags of flour. At first, the somuni were strictly for them and they just gave the extras away, but when they realized Torontonians were digging the flatbread, they started selling it at a shop near their Upper Beaches home. For a while it was just a side gig, but late last fall they took the plunge and dedicated themselves to somun full-time.

When Alen and Sanja decided they were going to open a take-out joint, they knew they wanted to minimize their waste output. They’re only selling Ontarieau’s unsweetened carbonated water in flavours like grapefruit-mint and wild strawberry—because the company takes the bottles back, washes and reuses them. All of Somun Superstar’s to-go boxes, cups and cutlery are also compostable. Because Toronto’s compost program can’t deal with biodegradable plastics, the Zukanovićs partnered with Rethink Resource to send their green waste to a Belleville facility that can compost it. Right now, they’re diverting about 87 per cent of their waste from the landfill, and they’re keen to improve that figure.

The most expensive aspect of this bright, eight-seat room was the wood oven. It cooks the somuni at 700°F and is highly efficient—even though the fire is always burning, the Zukanovićs only go through about three cubic feet of hardwood a day. 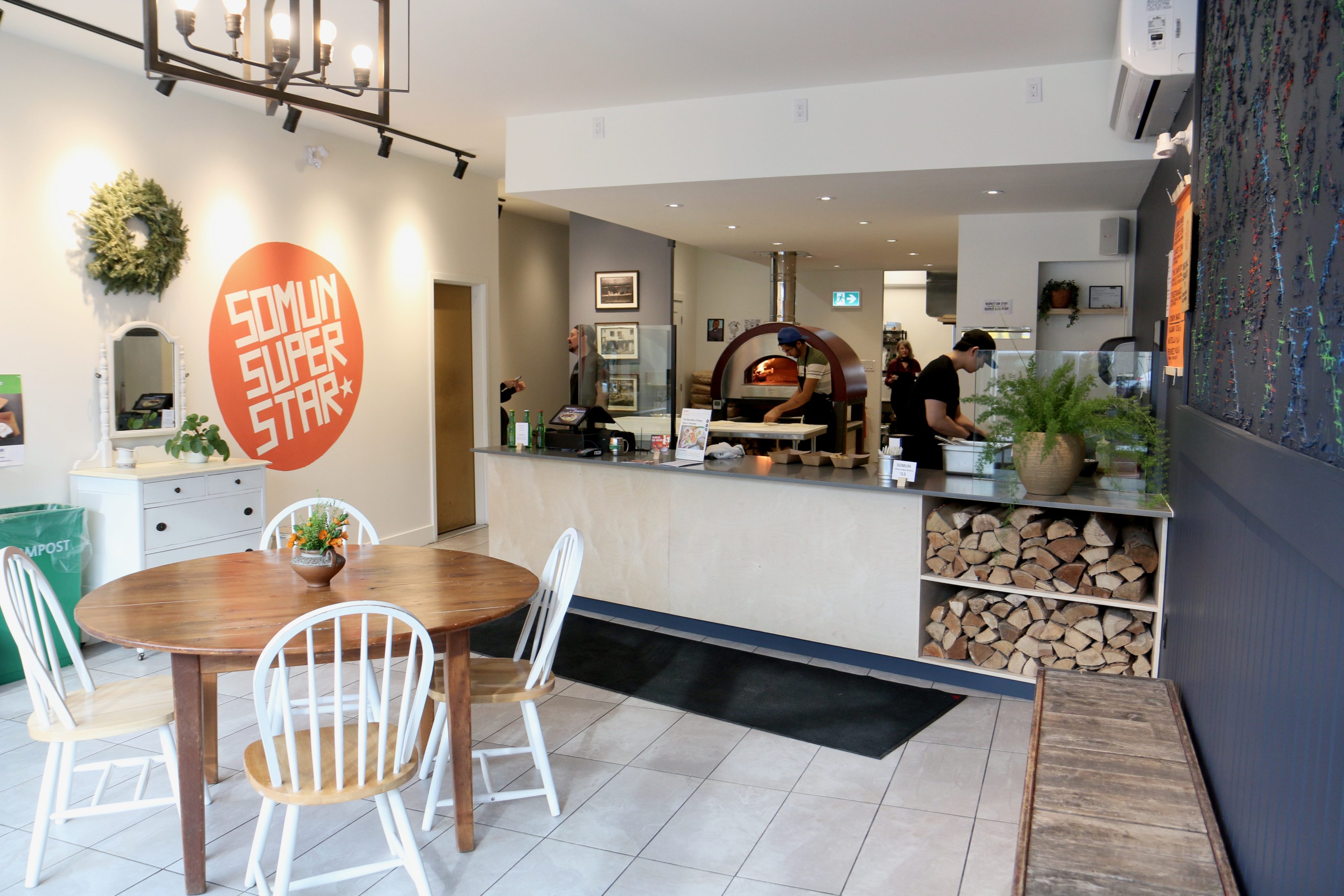 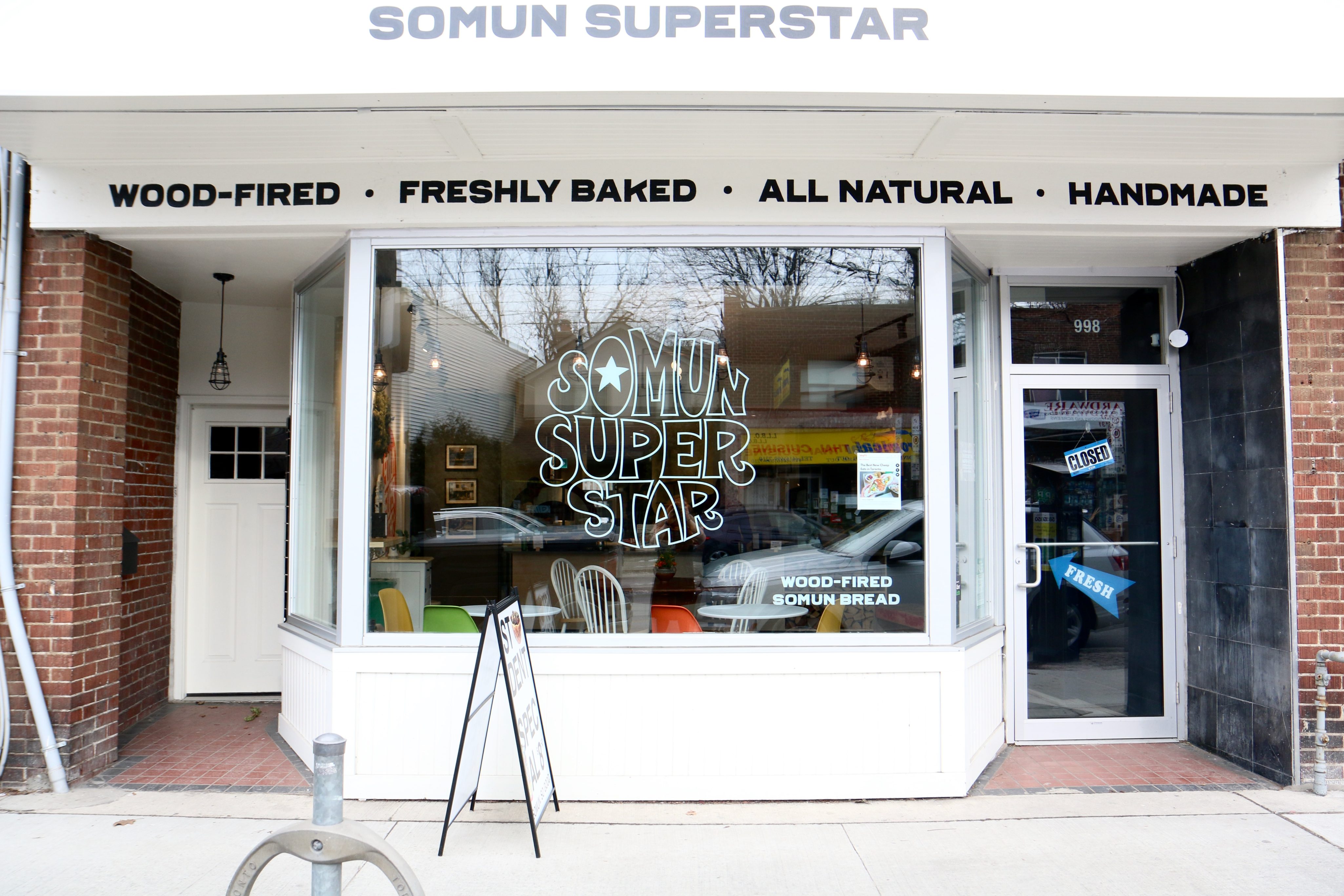