My husband, Daniel, and I run Urban Acorn Catering in the city’s west end. The bulk of our income comes from catering large events and weddings. We also host a vegan supper club once a month, which we’ve been doing since 2012.

When the coronavirus was classified as a pandemic, we knew we were in trouble. With events and weddings out of the picture, 80 per cent of our business was completely gone. All of our clients who had weddings scheduled for this year chose to bump their dates to 2021. By the middle of March, we thought we might at least be able to go ahead with our monthly supper club. We had planned to host 16 guests per evening over four nights at the end of the month. But as the days passed, and restaurants were closing their dining rooms and strict social-distancing measures were announced, we realized that we would have to cancel the supper club, too. 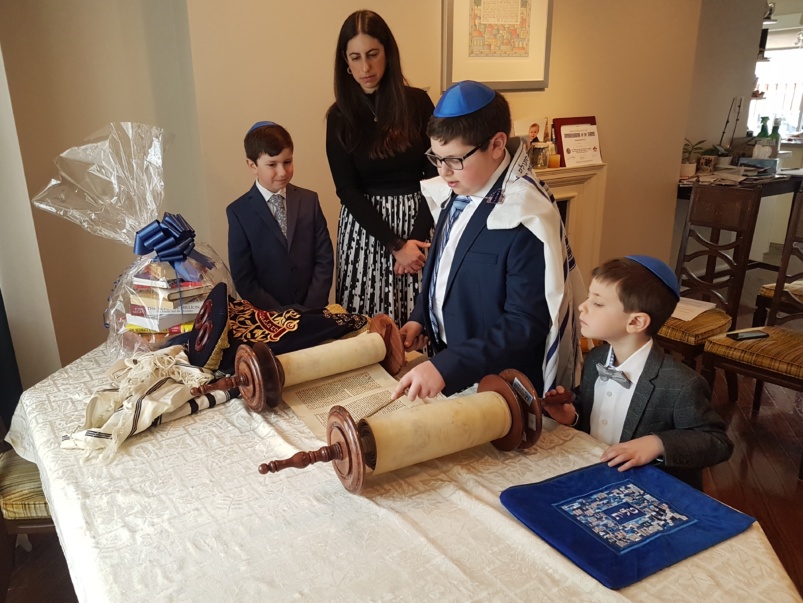 We refunded all of our would-be supper club attendees on March 16. But as soon as we did that, Daniel and I started thinking of ways we could keep the supper club alive. We had already switched to doing online deliveries—Daniel, who is also our chef, was driving around town to drop off meals and grocery items to our customers. I’d heard about friends who were having Zoom bar mitzvah and birthday parties and I was like, “I don’t see why we can’t do the same with our dinner parties.”

Daniel worked out that he could make 45 supper club meals that week in addition to our regular deliveries. We adapted our original menu to become more delivery-friendly. For example, dessert was supposed to be a crème brûlée but the torched sugar wouldn’t transport well, so we decided on a flan instead. On March 22, we sent an email to our newsletter subscribers announcing our first virtual vegan supper club on March 28. Because of the adaptations made to the menu, we reduced the price from $75 to $55 per person for a six-course meal. We sold out within eight hours.

When we host four nights of supper clubs, Daniel usually does some prep ahead of time but he’s also able to prepare a lot in between courses. But for our virtual supper club, we had to prep and package everything ahead of time and label each course with instructions for prepping and reheating.

We did deliveries over three days in the week leading up to the supper club, but things went down to the wire. The day of the supper club was our last and busiest day of deliveries. At one point, it was 45 minutes before we were supposed to go live—and we were still in North York, a ways away from our Baby Point kitchen. I didn’t think we were going to make it in time.

But we did! I quickly opened my laptop and logged into Zoom—thankfully, only four people had arrived before I did. I poured myself a glass of wine and we got started. As people were joining the Zoom room, I greeted them as if they were guests coming into the door of our real-life supper club. We’d have a quick chat and make sure there weren’t any technical problems on their end.

It was a nice mix of regulars and first-timers. Once everyone was accounted for, we got started. I instructed guests to put their first course in the oven for around eight minutes. Then I was like “You may as well put the fifth course in at the same time because it’ll take 40 minutes.” Meanwhile, I was just sitting there drinking my wine and watching everyone scramble around their kitchens—it was nice for a change.

Daniel is usually busy behind closed doors during our supper clubs, but this time he got to be part of the entire experience. It was his birthday the week before, so one of the guests wished him a happy belated birthday, and then we all sang to him.

My biggest fear was that there would be a lot of awkward silences. Going into it, I was like “I don’t want this to be lame.” But everyone was really chatty. Afterwards, I found out that some of the guests recognized each other from previous supper clubs and they were private-messaging each other during dinner—so there were even little side conversations, just like at a real dinner party.

We’re already planning our next supper club for April 11, and we plan to hold one every two weeks going forward. We’re thinking of doing a hands-on component where we teach everyone how to make one of the courses. One of our guests even suggested doing a plate-off competition.

I thought it was a success, but I was relieved when it was over. Afterwards, I had people message me and say, “I needed that.” Our slogan as a company is “Food should unite, not divide people,” and that was really put to the test for our first-ever virtual supper club. We asked strangers to part with their money, part with their time and go online with a bunch of people they don’t know and eat a meal together. And for that hour-and-a-half—even though everyone was isolated in their own homes—they felt like they were part of a community.