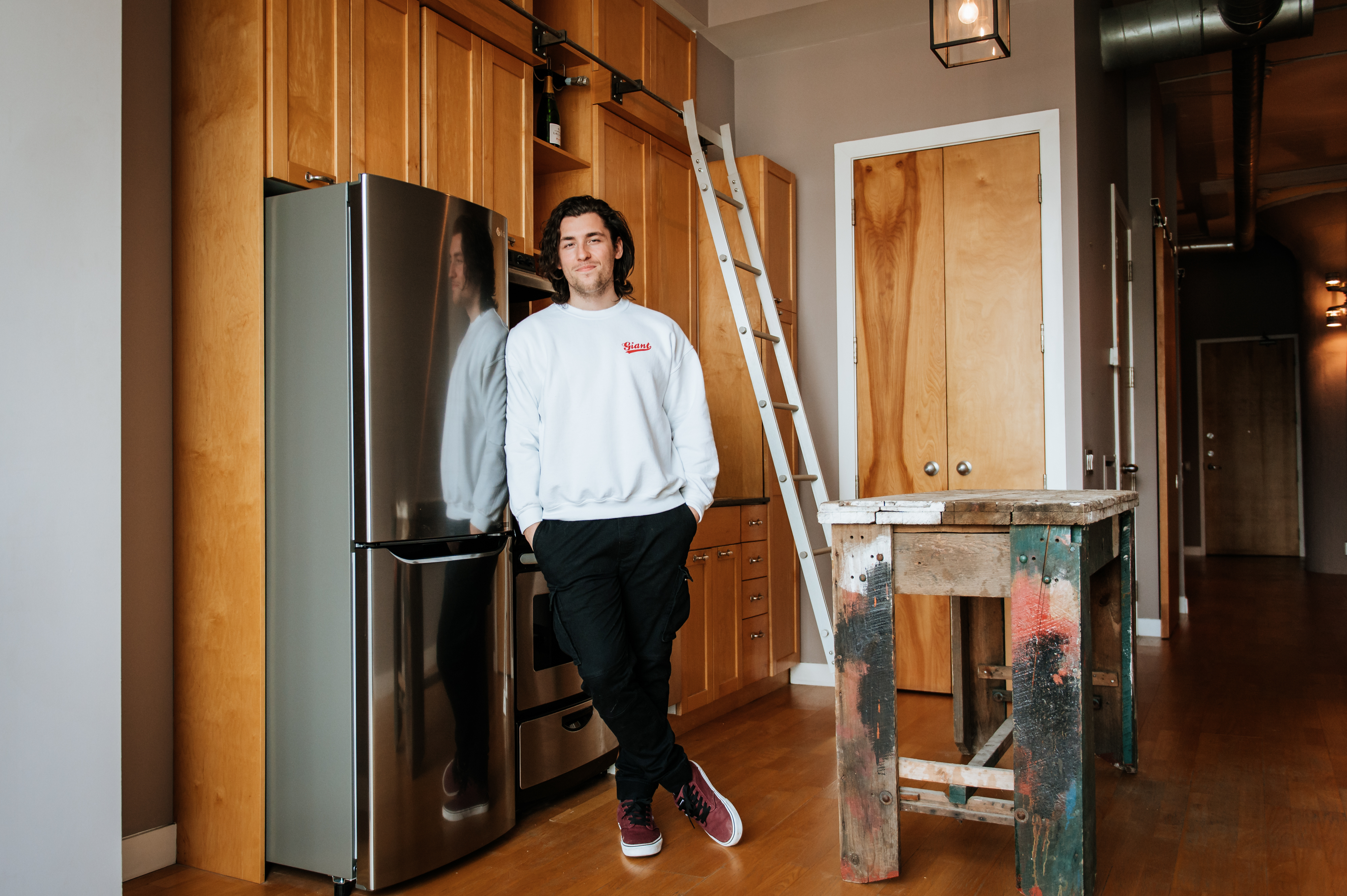 Jeremy Briggs, a 26-year-old engineering project manager, moved back home with his parents in Whitby to save up enough for a downtown Toronto condo. In February, he bought a one-bed, one-bath unit at Yonge and Dundas for $638,000. Here’s his story. 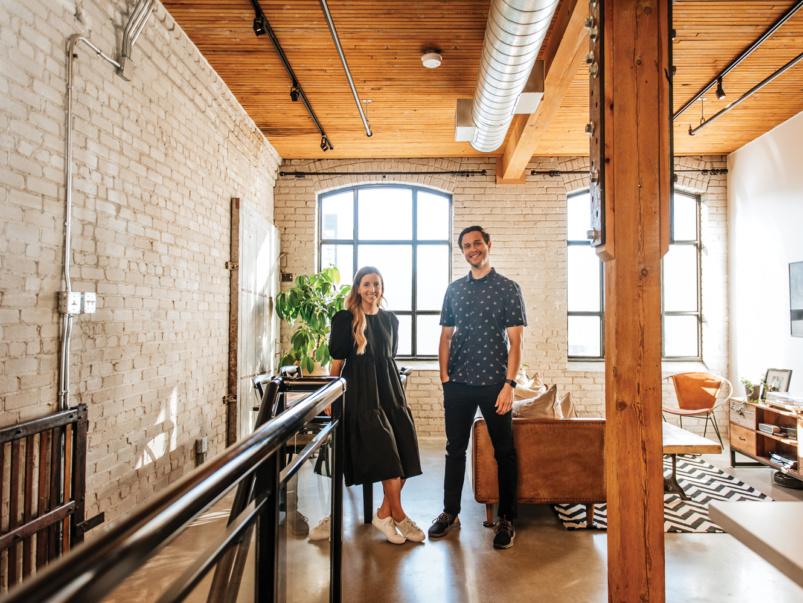 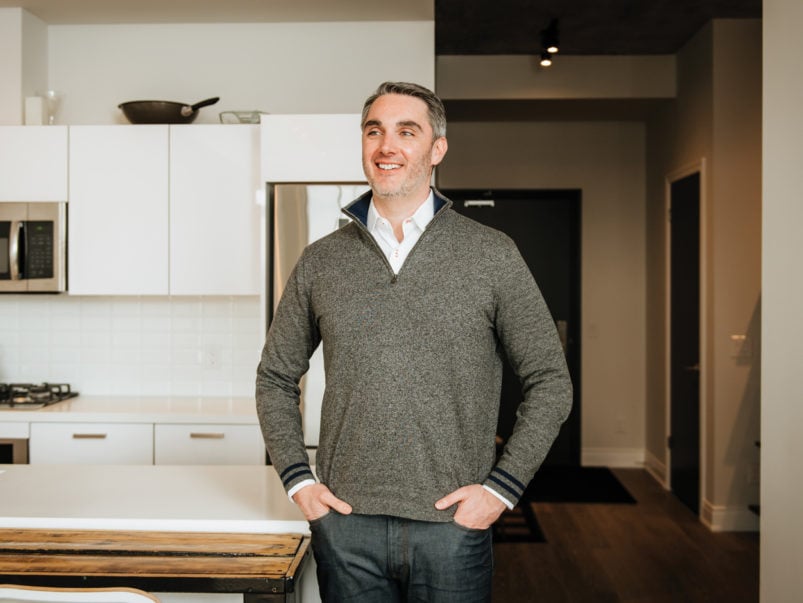 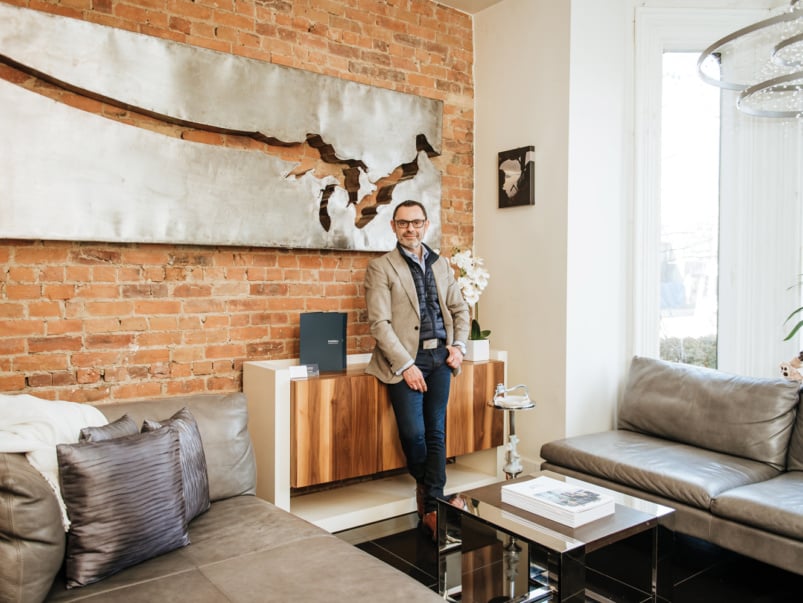 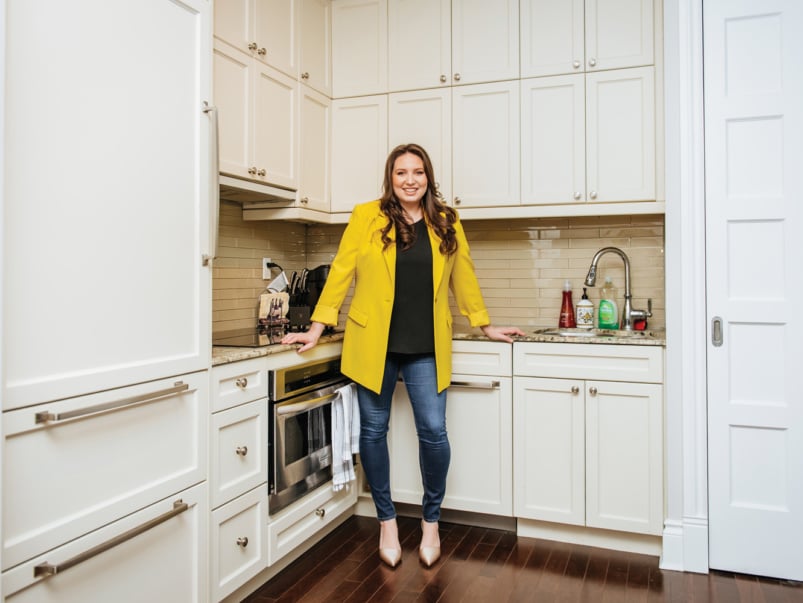 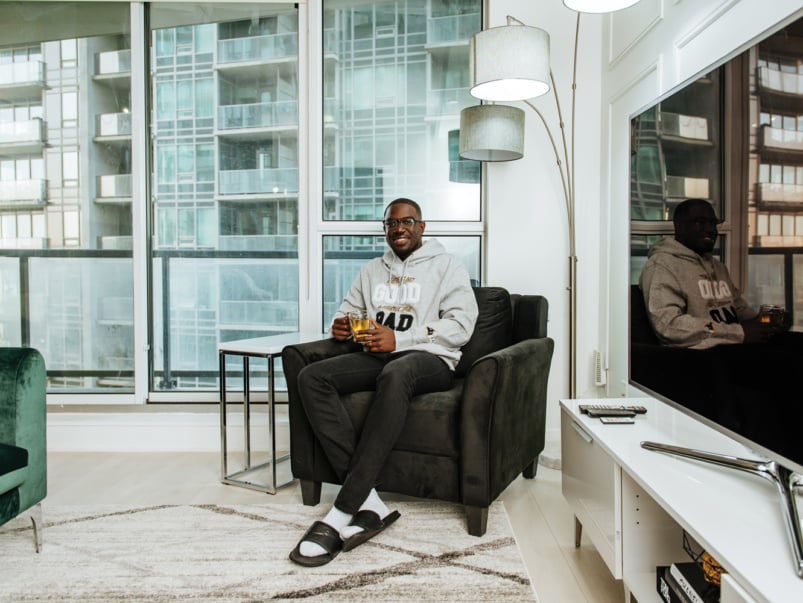 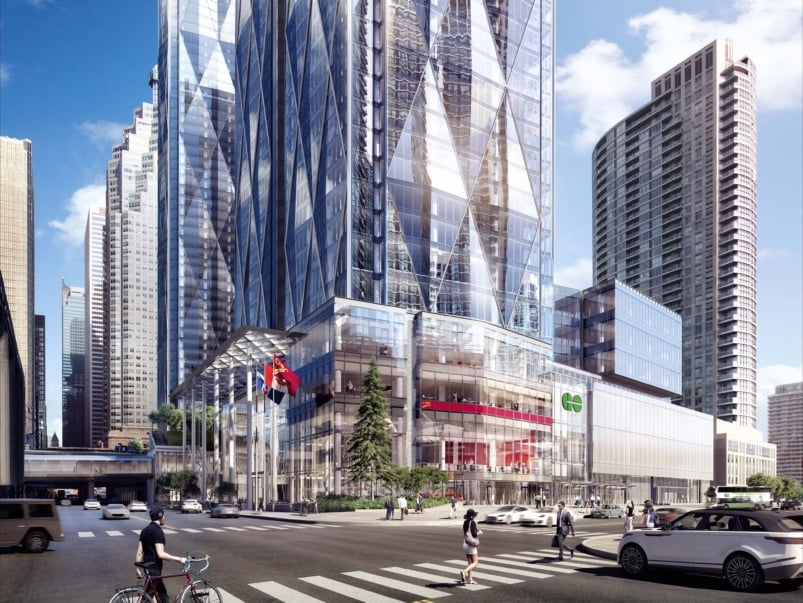 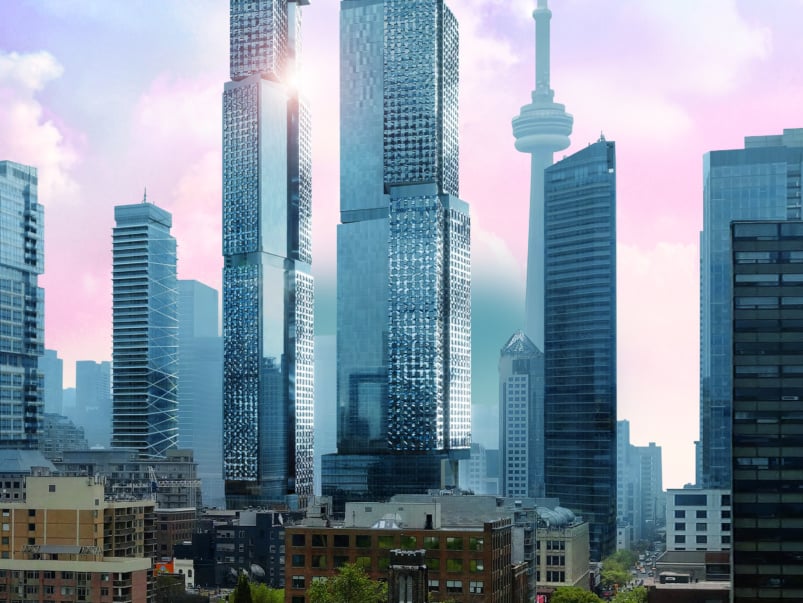 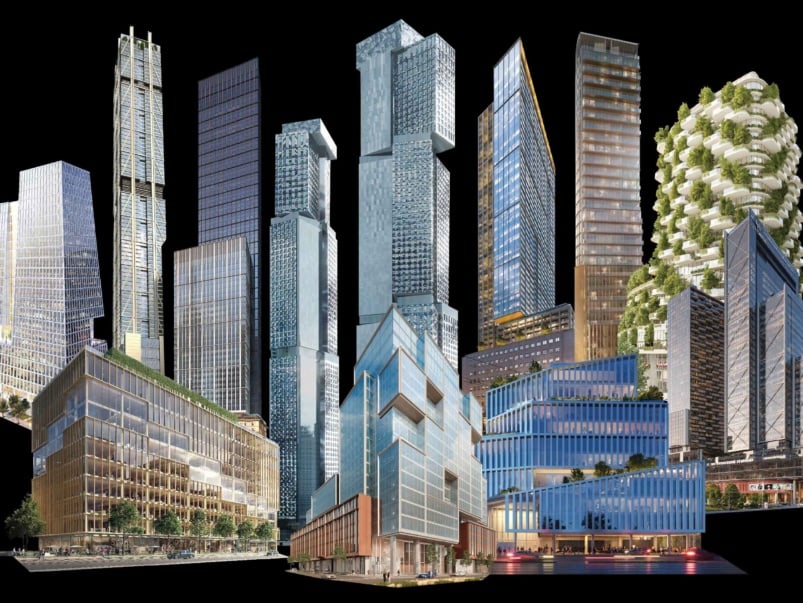 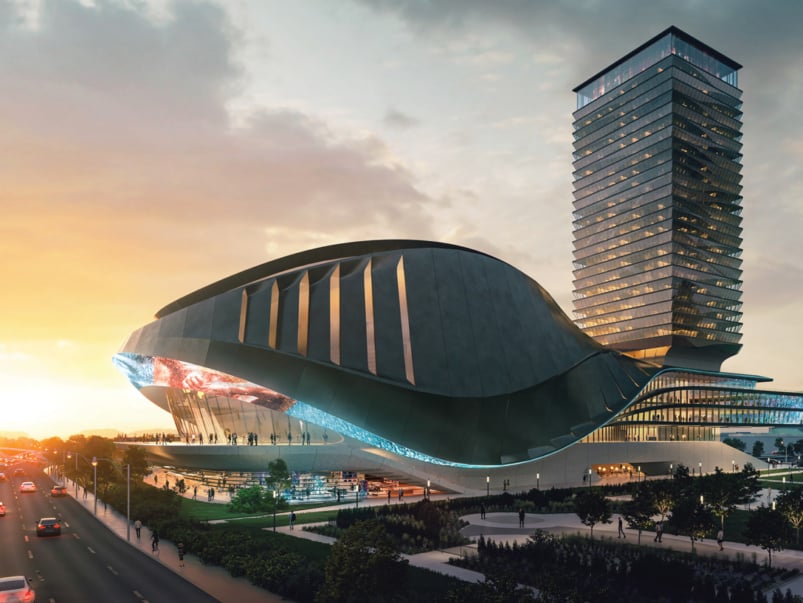 “I grew up in Whitby and moved to Toronto in June 2019. At the time, I worked for Giant Containers,  renovating old shipping containers into houses and bars, at their office by Cherry Beach. I loved living downtown. I’d go rollerblading along Queens Quay and meet up with friends for after-work drinks in the Distillery District.

“I knew I wanted to buy my own place eventually, but I needed to save up for a down payment. I found a room on Kijiji in a two-bed condo at Bay and Queens Quay, where I paid $1,100 a month. During the pandemic, I was working from home and spending less money by not going out. I saw how quickly I was saving and realized that I could reach my down payment goal faster if I moved back in with my parents. So in August 2020, after a year of living downtown, I moved back to Whitby to save up for my own place. Condo prices were going down, so I figured 2021 would be a good time to buy. I wanted to experience the big-city culture, and to stay close to my friends that lived downtown. And I believed that people would want to socialize in-person as soon as they were able. I knew it was a good investment.

“I started my condo hunt in January 2021. I linked up with my realtor, Anita Springate-Renaud from Engel & Völkers, and told her that I wanted a one-bed, one-bath condo under $650,000. I wanted to be downtown and near a subway station. And I wanted a place that wasn’t cookie-cutter—it needed to have something unique about it. We were looking slightly east of the core so it would be easier for me to drive to Whitby and visit my parents.

“In mid-February, I saw a one-bedroom condo just east of Yonge-Dundas Square listed for $599,999. It was 674 square feet and had a big rooftop patio with barbecues, a basketball court, gym, pool and a grocery store on the ground floor. It was a heritage building that used to be a warehouse for a department store, and the unit had 12-foot ceilings, exposed ductwork and sliding barn doors. I loved its industrial look. The condo is really close to Ryerson University, so I figured it would be easy to find student tenants if I ever wanted to rent it out.

“By the time I saw the unit, the market had just started picking up, and we found out there was another offer. So we went in over asking, at $638,000, and I got the place. I moved in at the end of March.

“I’m excited to finally have a permanent spot to decorate and make my own. There’s a lot I want to check out as the city keeps opening up. I’m super-close to the Eaton Centre, so I will definitely go shopping. I’m looking forward to spending time with my friends again. It’ll be nice to host dinner parties and board game nights at my own place once it’s safe. I like going to concerts, too. The Rex Hotel has good jazz, and there are always great bands playing at the Horseshoe Tavern. I miss that place the most.

“A lot of people have been talking about the new roaring ’20s. So I’m hopeful that the second half of the decade will have more stuff going on in downtown Toronto — full restaurants, clubs and concerts.”