More on the changing food industry 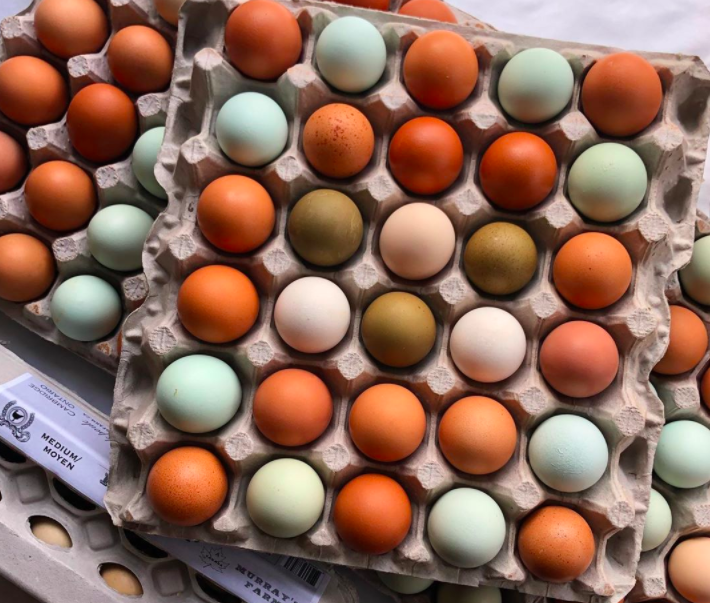 “Now more than ever, we are seeing people engage with local food”: How Ontario farmers are faring during the pandemic 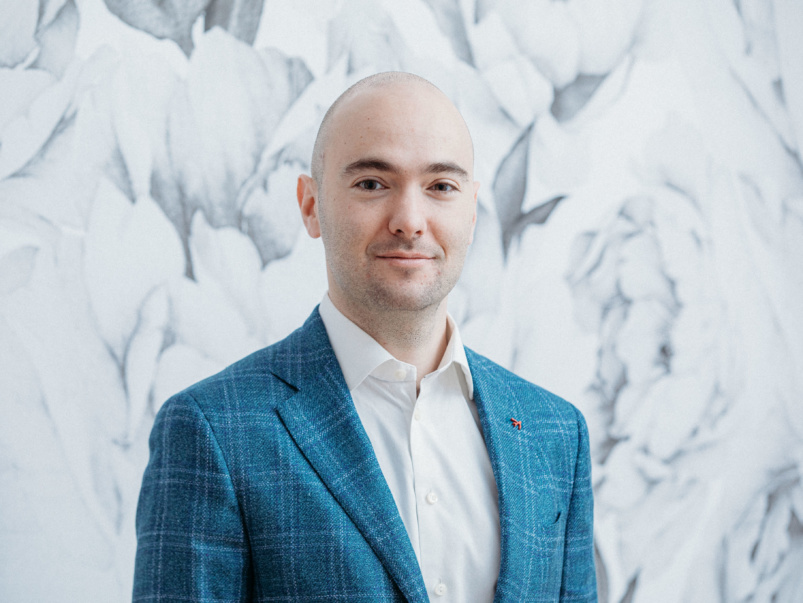 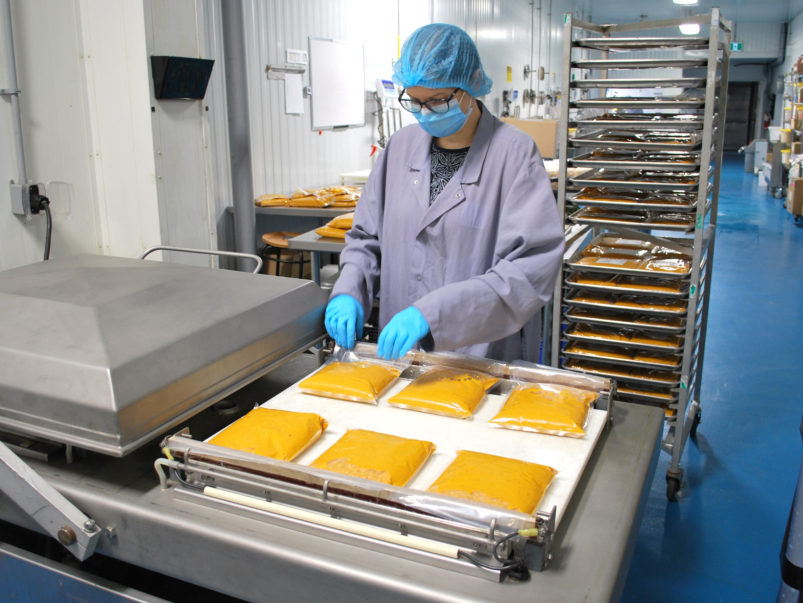 With his new venture Grocery Neighbour, serial entrepreneur Frank Sinopoli wants to change the way Torontonians get their groceries. The concept is part traditional grocer and part farmers’ market; it’s explicitly hygienic and entirely mobile. Sinopoli plans to debut his original fleet of revamped 18-wheelers starting this July. Here he explains what his trucks will be stocking, the strategy for social distancing and why everything-on-wheels is the way of the future.

Your new project is being compared to an ice cream truck, but for groceries. Is that an apt description?
I think the accurate part is that it’s as exciting as an ice cream truck—and yes, it will travel from one neighbourhood to the next. But it’s also very different, because unlike an ice cream truck, you actually go inside to get what you want. Customers will enter from the rear door and pay at the front; in between is a single 53-foot lane sided by shelves and refrigeration units stocked with groceries. We call it “circuit shopping,” like circuit training at the gym, where you move from one station to the next: produce, meat, cheese, coffee, frozen food.

How do you ensure that shoppers aren’t tailgating each other?
We will accommodate only four shoppers at a time and social distance is built into the design of the grocery carts, which are essentially floating buggies that run on a track down the middle of the truck. The carts will act as buffers between shoppers. When customers get to the end of the line, the cart folds up and travels back to the beginning on the same track. It’s hard to explain, but it’s really cool. In the last few days I’ve been contacted by a few different people in fabrication and design who want to be involved in the project. I’m definitely interested, as I’d rather focus on building the business than building the trucks.

Some supermarkets are now asking customers to wear face masks inside. Is that your plan, too?
I’ve created a document outlining the best hygiene practices—we will have sanitizer and gloves for every customer who enters, and our staff have a very aggressive sanitizing protocol to follow. We’re not going to enforce masks, though. With the ventilation system we have in place and the fact that we only serve four customers at a time, I just don’t want to put people in that position of being forced to wear a mask. They can if they want to, obviously.

You’re a lot shorter on space than a typical grocery store. What are you planning to carry?
You’re not going to find toilet paper or paper towels, which are big and bulky and take up too much space. Those aren’t the kind of items where you realize at 3 p.m. “Oh shoot, we’re all out.” At that time you’re thinking more along the lines of what’s for dinner, and what ingredient you might be missing. So we’re focusing on those kinds of products—somewhere between what you’d get at a supermarket and a farmers’ market. We’re able to offer lower prices based on volume power, and we’re working with a lot of local growers and providers. We’d like our trucks to be neighbourhood-specific in terms of what they’re stocked with. For example, a truck in Brampton may be different than a truck in Rosedale, for example.

Meaning in Brampton you might have more south Asian spices and in Rosedale you might have more caviar? Grey Poupon?
Those might be clichés, but yes, whatever the demand is we will meet it. We’re currently collecting data to be able to provide that level of neighbourhood personalization. There’s a lot of grocery data by neighbourhood that already exists, and we’re sending out email surveys.

When did this idea first come to you?
I’ve been an entrepreneur since I was young. I’m a bit of a cliché that way—a Jane and Finch kid who lost both his parents when he was young. My dad died and my mom moved back to Italy. I had to grow up early. When I was 12 years old, I bought chocolate bars in bulk and had my friends sell the individual bars for a big markup. I bought my first pair of Nikes with the money I made. My first real company was a transportation service called Ranger Moving Systems, which I sold in 2011. After that, I got involved in the tech industry, which is when I started Canada’s first digital grocery coupon, Coupgon. When Italy went on lockdown, I basically locked myself in my think tank and told myself that within disaster there is always opportunity.

Wait, do you have an actual think tank?
I do! In my old house I had a room where I painted the walls, ceiling and floor with whiteboard paint, so I could write on them—the problem was that those notes weren’t portable. The think tank at my new house has white walls and I use large sticky notes on them. The first consideration I had after I thought of the idea for Grocery Neighbour was permits: are we going to be allowed to bring trucks into the neighbourhoods where we want to be? What are the regulations around food safety? And how do we make sure we meet them?

The Toronto food truck scene is a nightmare made of red tape. How is this different?
It’s different from a food truck because we’re not preparing and serving food, so a lot of the food safety rules are not the same. There are also different rules in different zones of the city. Those high-traffic areas where food trucks wanted to be—say, Yonge Street near the Financial District—that’s not where we want to be, anyway. One of our trucks might operate in two adjacent neighbourhoods, but they won’t be going from one part of the city to another. We want our vehicles to feel like part of the communities they serve.

Which neighbourhoods will you start in?
We’re going to be releasing those details soon. I can tell you that we had settled on certain areas based on promising density—say, over 1000 people in one neighbourhood. But 24 hours later we received interest from areas with 25,000 people. We’re going to start with three trucks, but I think that number will grow pretty quickly. I have heard from literally thousands of people inquiring about franchise opportunities. That’s the long-term plan.

A thousand trucks! That seems like a lot.
It is a lot, but I truly think this is going to revolutionize the way people get their groceries. I’ve heard from a lot of older folks living in retirement communities who are very interested. One man in particular told me about how once a week he has to limp to the bus stop and then lug his grocery bags back. He even sent me a picture from one of his trips. That really got to me.

If I’m at home in need of groceries, how do I know when one of your trucks will be in my neighbourhood?
I don’t believe in making people download an app. We’ll have one, but the other option is to register with your phone number and you’ll receive a text message when the truck is in your area, and you’ll be able to live-track it. There will be stop locations—same as a bus stop. And there will also be set schedules.

Can you see other businesses—clothing stores, hair salons, sporting goods—going down a similar route?
I definitely think mobile is the way of the future. Right now it’s because of Covid-19, but we’ve also just reached a stage where time is an extremely precious resource. People want things to come to them.