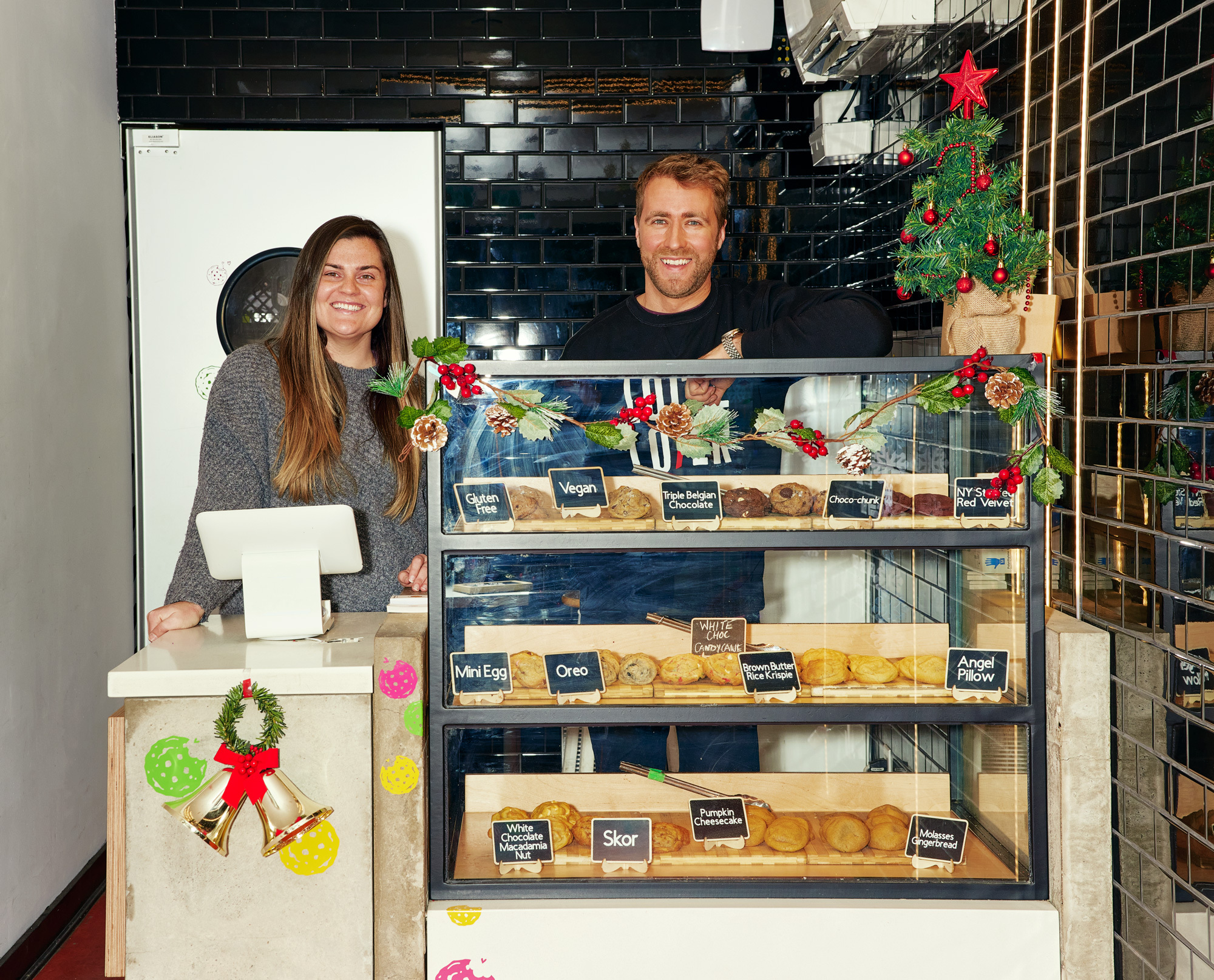 Chelsea Hearty, an event planner and Ian Moores, a bartender, were best friends and roommates who found themselves unemployed during the pandemic. Here’s how they started Courage Cookies from scratch.

Chelsea: I’ve been working as an events coordinator for years, and right before the pandemic hit, I got an internship with Love by Lynzie, an events company I had always dreamed of working with. After six weeks on the job, everything shut down. A couple of days into quarantine, I was at home with my roommate and best friend, Ian. He wanted a midnight snack, so he got off the couch and told me he was going to bake the best cookie anyone’s ever eaten.

Ian: At the time, everybody was working on their sourdough. I decided to try my family’s chocolate chip cookie recipe instead. I don’t have a background in baking, but I have a good palate; I’ve worked in bars and restaurants for more than a decade. So I gave it a try.

Chelsea: I was not a cookie person, but the ones Ian baked were amazing: soft, gooey and delicious. The next night, he wanted to make them again, but we didn’t have enough flour. I told him we’d get some the next day, but he was like, “No, I need to make cookies now.”

Ian: It was the early days of the pandemic, so flour was sold out everywhere. I went to three grocery stores and eventually found a 20-kilo bag. That night, we posted pictures of the batch on Instagram. Our friends started commenting, asking how they could get some. We spent the next day driving around the city, leaving cookies for our friends on the hood of our car.

Chelsea: We did the math and realized we could make money off this. And the next day, we started taking orders through Instagram. We ended up baking 300 cookies in 15 hours.

Ian: We called ourselves Covid Cookies. Our slogan was Flatten the Curve, Fatten the Waistline.

Chelsea: We’re friends with the owners of Mascot Brewery, who offered us their commissary space, which was sitting unused. The orders kept coming in. Ian created new flavours, I began helping with the bakes and we outsourced delivery, because we couldn’t keep baking all day then delivering for six hours at night. 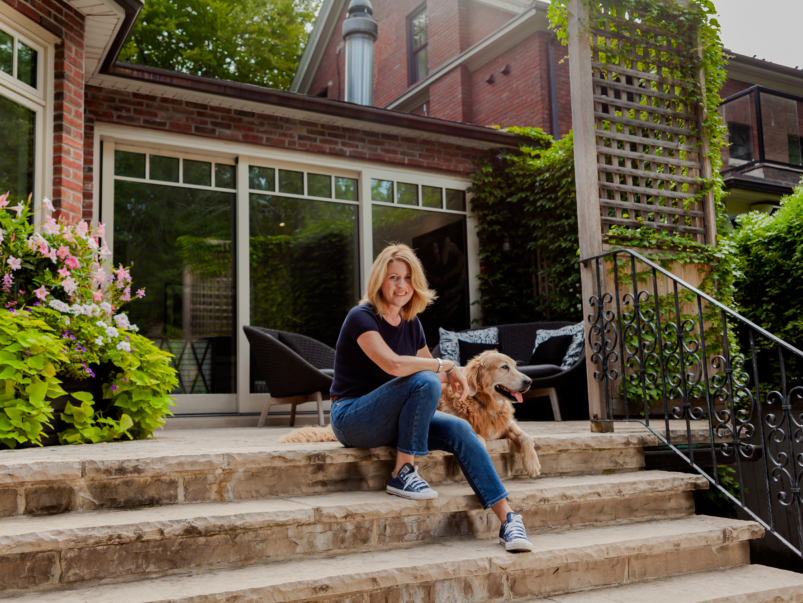 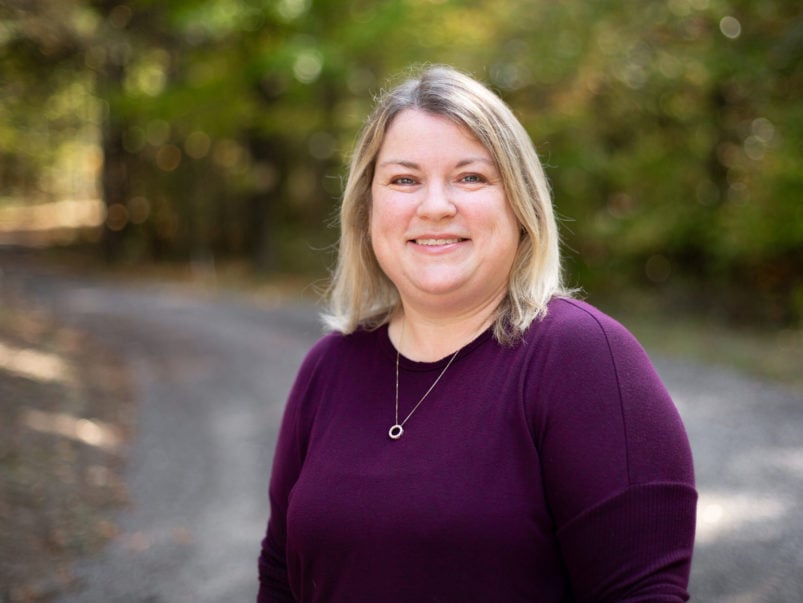 Ian: Once we realized we had a real business on our hands, we changed our name to Courage Cookies.

Chelsea: There was a huge lack of PPE at the time, so we decided to help alleviate the shortage by donating $5 from every $20 box of cookies until we reached our goal of $10,000. Now we give five per cent of our overall revenue to charity, and we hold monthly 24-hour drives where 100 per cent of sales go to good causes. So far, we’ve given $32,000 to the Daily Bread Food Bank, Black Legal Action Centre, Rethink Breast Cancer and other organizations.

Ian: We’ve baked more than 100,000 cookies since March. We go through 60 kilos of flour in one prep day. Chocolate Chunk is our most popular flavour, followed by Nutella S’mores.

Chelsea: Over the summer, our regulars kept asking when we’d open a storefront—they wanted to try new flavours without buying a whole box. So we hosted a pop-up at Stackt Market and sold 600 cookies in a day. We did two more pop-ups that week, then Stackt offered us the space permanently.

Ian: We worked seven days a week from July to October. Whenever we thought we’d caught up, more orders came in. It’s a great problem to have. During lockdown, we’re still selling cookies at our store, but delivery orders have spiked.

Chelsea: Not long ago, the events company where I was interning asked if I wanted to come back. Right now, we’re just too busy.

Ian: It’s funny that we’re based in a brewery, because I was looking forward to getting away from alcohol after so many years of bartending. If Chelsea hadn’t driven me to turn my hobby into a business, I wouldn’t be doing this.

Chelsea: But if it wasn’t for Ian, we wouldn’t have a business. I don’t even bake.