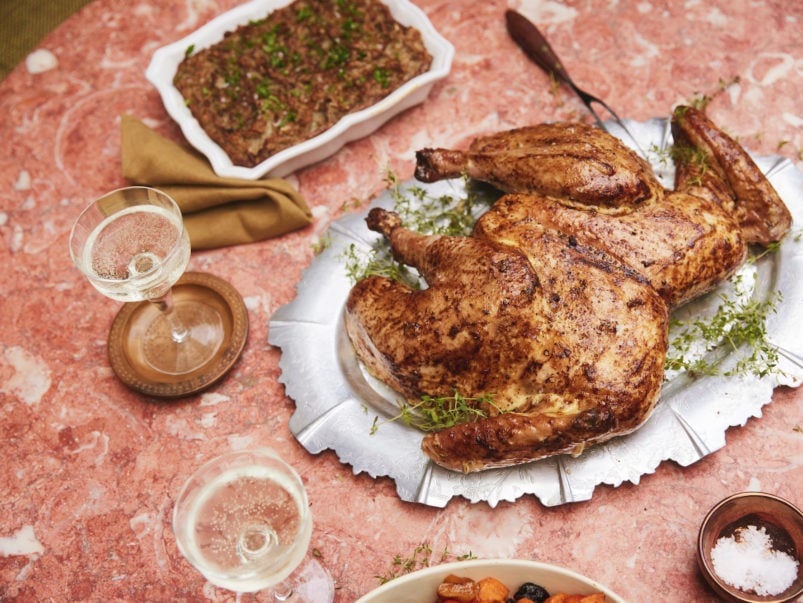 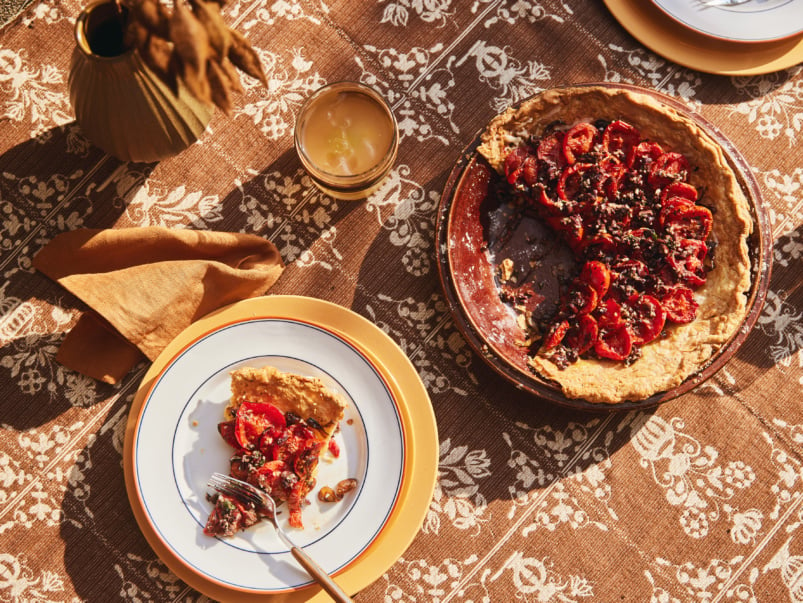 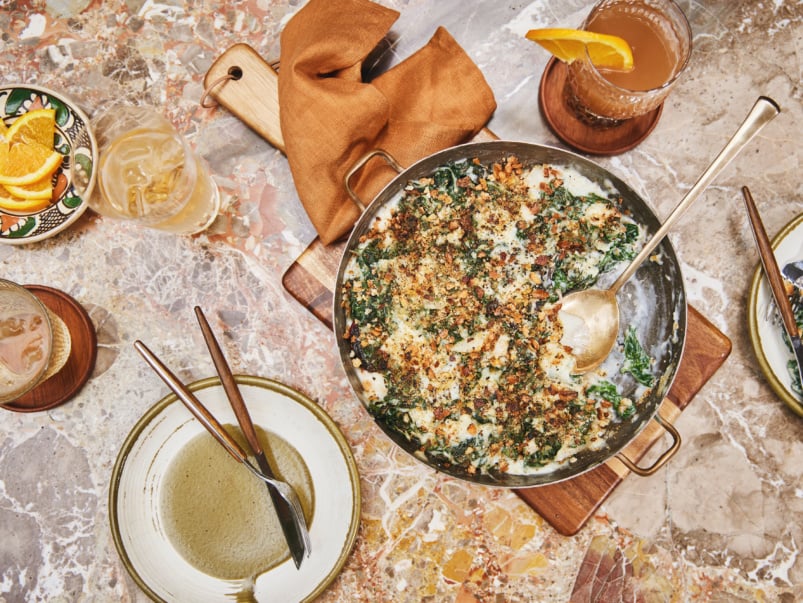 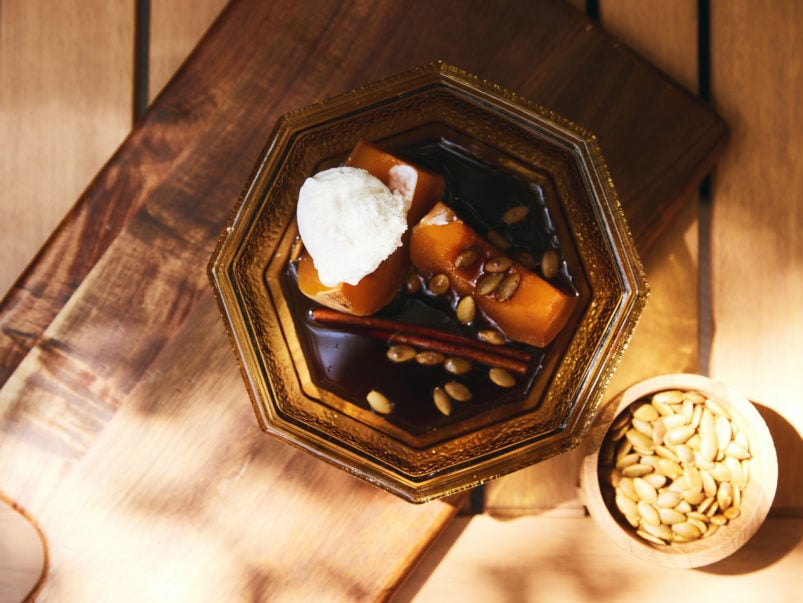 For Billy Alexander, the recently appointed programming director for the Culinary Tourism Alliance, cooking has always been a way to connect with the land—“the original grocery store,” as he calls it. Alexander, who is Indigenous, favours Indigenous producers, foraged ingredients and wild game. “For us, food is medicine, and I love to cook with our traditional sacred medicines,” he says. Two such ingredients, sweetgrass and sage, are used here. The sweetgrass is the hero of the dish, though. It transforms the blueberries by adding a unique, savoury and aromatic flavour that can’t be imitated. Alexander prefers using a rack of venison rather than a loin or a steak (although those can work, too). “I like to see the bones,” he says. “Not only do they add great flavour and help keep this lean meat moist, they’re a reminder of the whole animal that was sacrificed for us.”

Make ahead: prepare the sauce one day before serving. Heat the sweetgrass braid using a lighter or torch for about one minute per side, until it begins emitting a vanilla-like aroma. Combine all ingredients in a saucepan and bring to a simmer over medium-low heat. Cook until thickened. Let cool and refrigerate, leaving the sweetgrass braid in the sauce until ready to serve.

Note: sweetgrass braids can be ordered through the Toronto History Museum’s shop or via hilltribeontario.com. 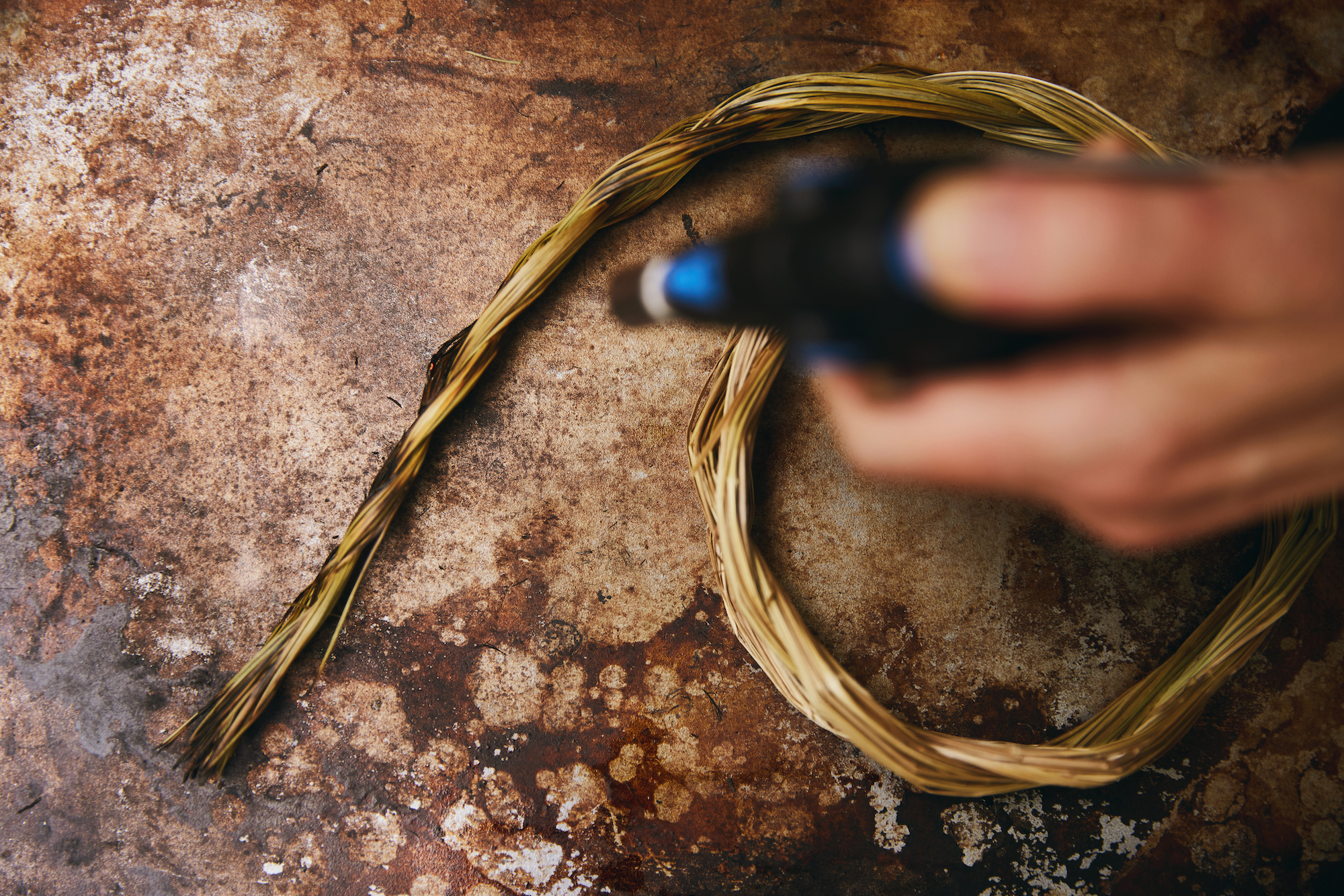 Note: racks of venison can be ordered from Sanagan’s Meat Locker or the Healthy Butcher. 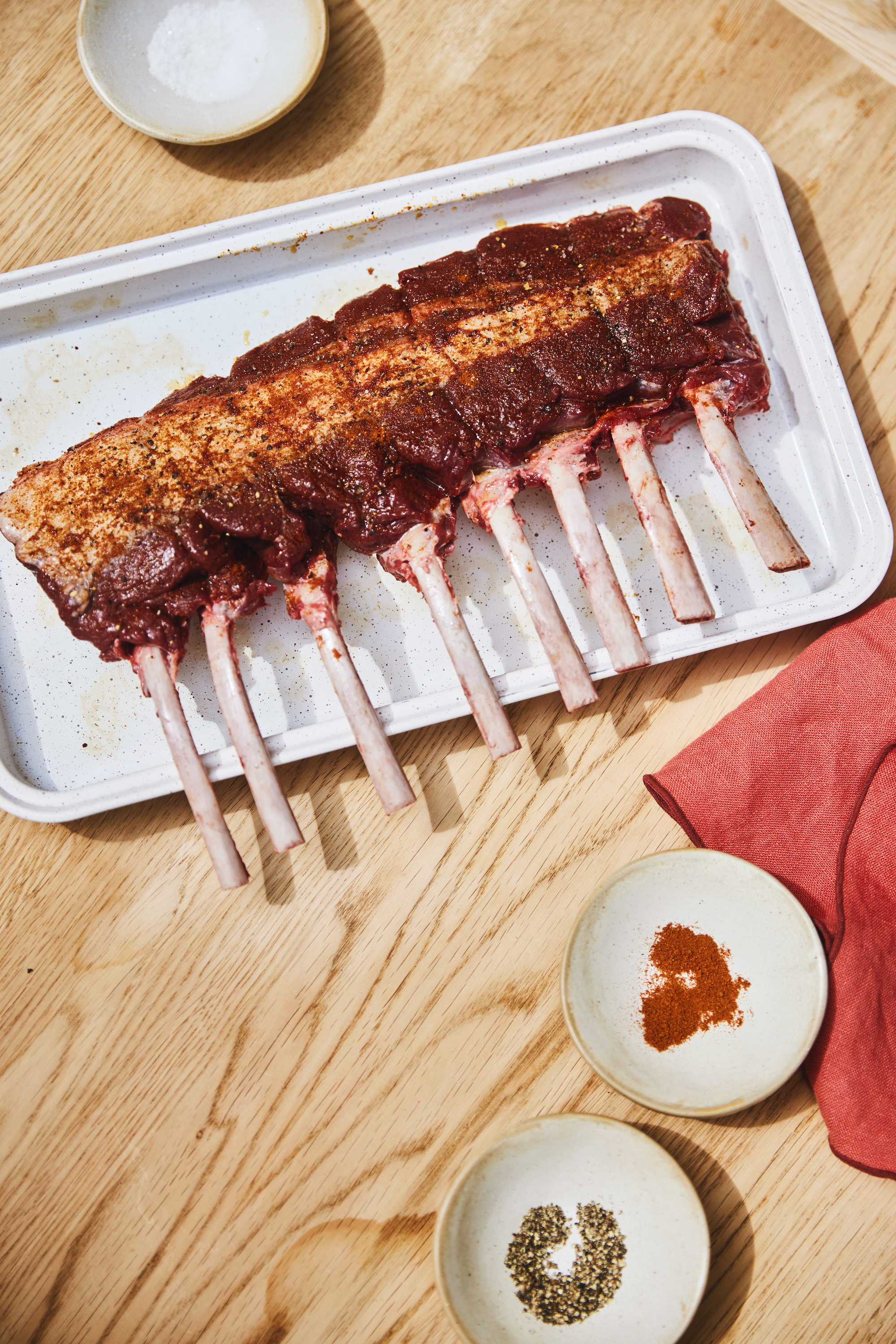 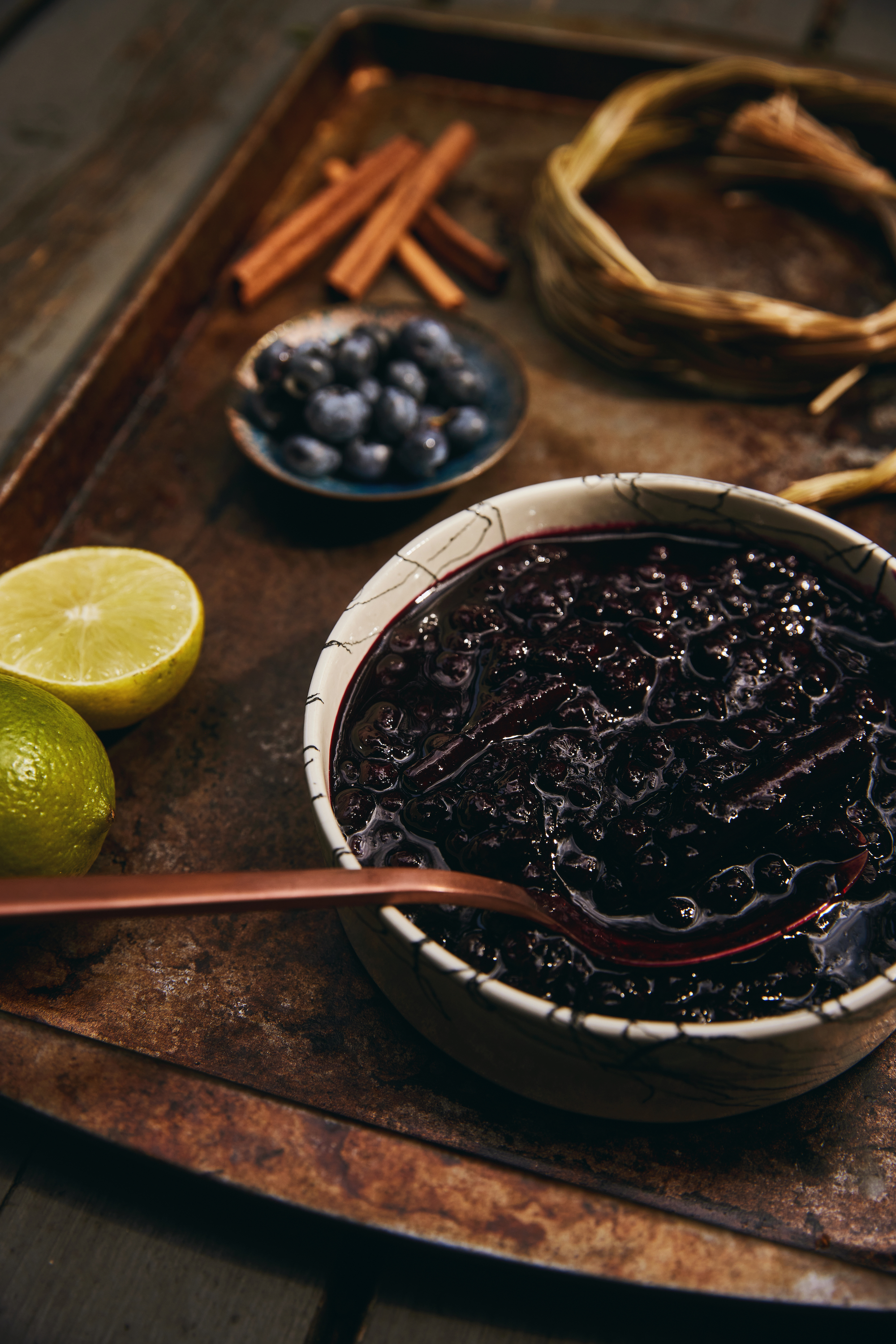 1. Preheat the oven to 425°F.
2. For the sweet potatoes, combine olive oil, maple syrup, paprika and garlic powder. Add the sweet potato medallions and toss until coated.
3. Spread the medallions on a parchment-lined baking sheet and pour the remaining sauce over top. Sprinkle with salt, pepper and sage. Roast for 40 minutes, until both sides are crispy.
4. Reduce oven temperature to 350°F and set a cast-iron pan over medium-high heat.
5. While pan is warming, pat-dry the venison and season with paprika, salt and pepper.
6. Add the oil to the pan and sear the venison for two minutes per side.
7. Place the cast-iron pan in the oven for seven minutes, or until a thermometer reads 130°F for medium rare. Remove from the oven and let it stand for five minutes before serving.
8. Slice the venison into two-bone portions, top with the sauce and serve with the sweet potatoes. 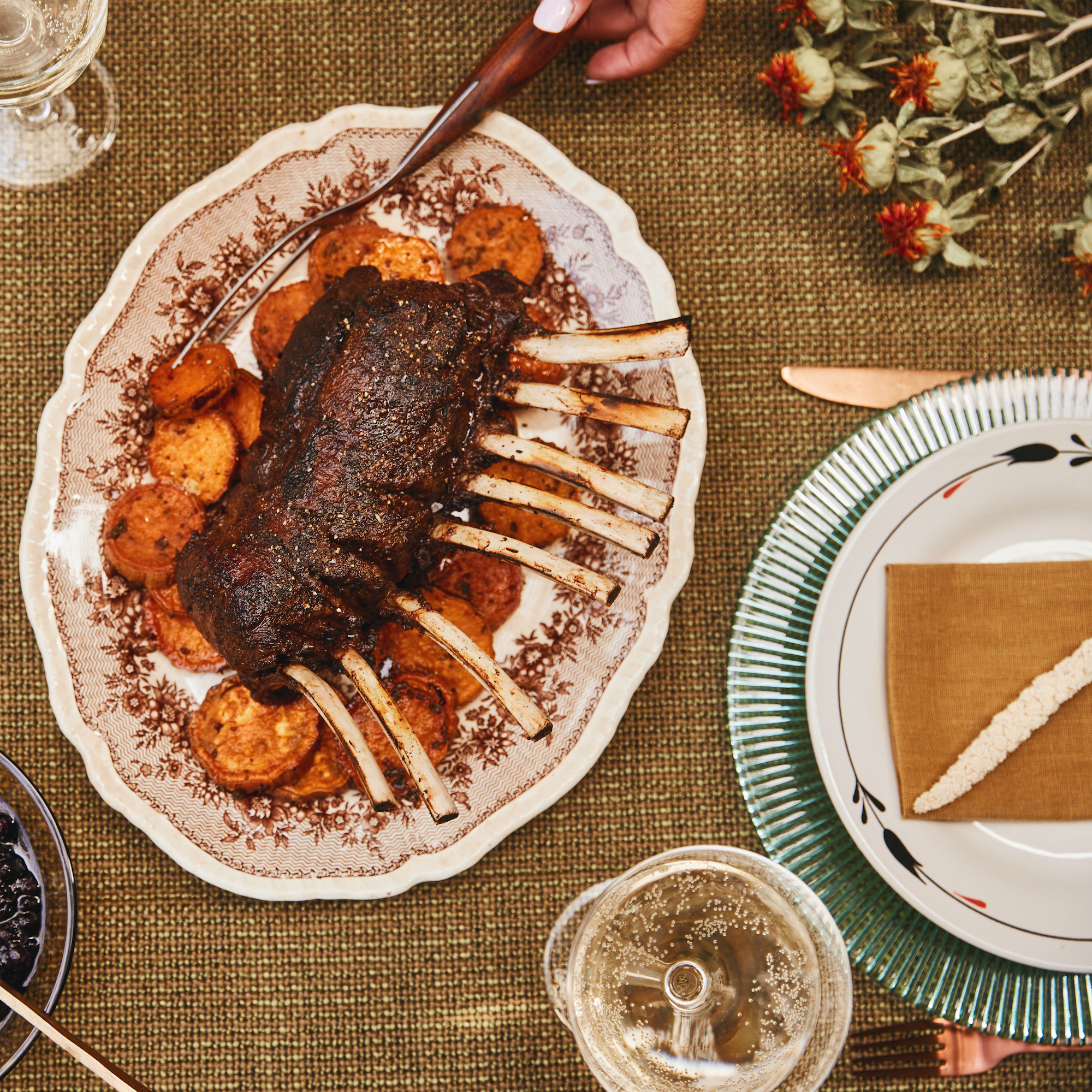 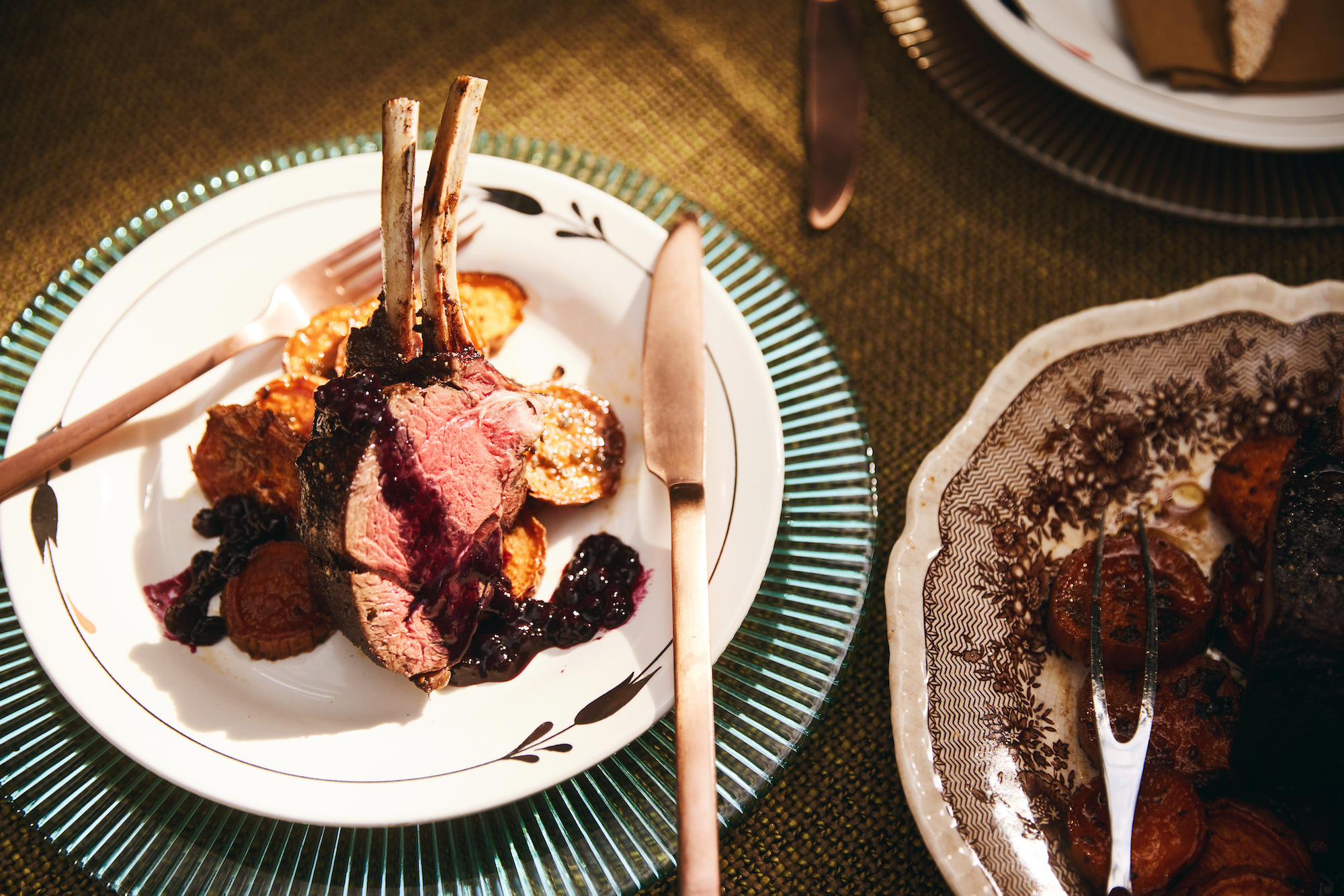