More on The Stop 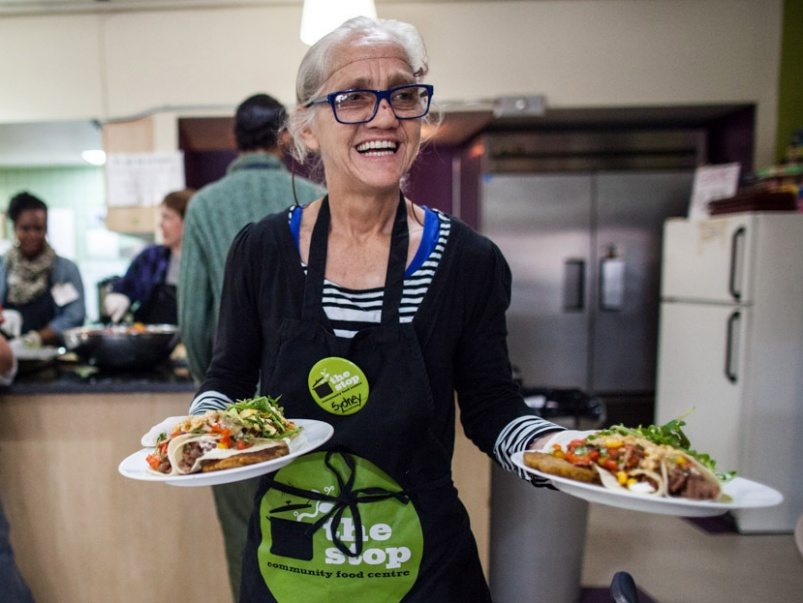 The sixth edition of The Stop’s wildly popular night market kicked off last night with a celebratory drum line. This year’s all-you-can-eat, all-you-can-drink fundraiser features over 40 vendor carts, all decked out by local designers. Last year, this two-night event raised $215,000 for The Stop. Tickets for tonight’s event are still available. Here, just some of the dishes and drinks that were served on the first night. And here are his sugar cane-crusted garlic chicken wings: Soi Thai was serving up grilled squid, chicken and tofu: Citizen Catering ran out of their pancetta-wrapped asparagus, so they started helping Nick Liu with his skewers: Richmond Station was making pita on-site for their vegetarian shawarma: The spicy salads from Greenbelt Microgreens were a refreshing palate cleanser in between richer courses: FeasTO was slinging crispy shrimp dumplings as quickly as they were coming out of the fryer: Sea Witch ditched their usual fish and made battered mushrooms fried in tallow, served with a tangy dill sauce: Norman Hardie himself came in all the way from P.E.C. to pour his wine: And there was booze, too: beer from Henderson, Muskoka, Woodhouse and Lake of the Woods; G&Ts from Boodles Gin; a boozy Lot 40 cocktail from Dave Mitton; Havana Club daiquiris; Gin Smash coolers from Georgian Bay Gin; and wine from Norman Hardie, Adamo Estates and Tawse: For dessert, Tori’s still-warm cinnamon buns were a crowd pleaser: And bubblegum-flavoured cupcakes from Sullivan and Bleeker: