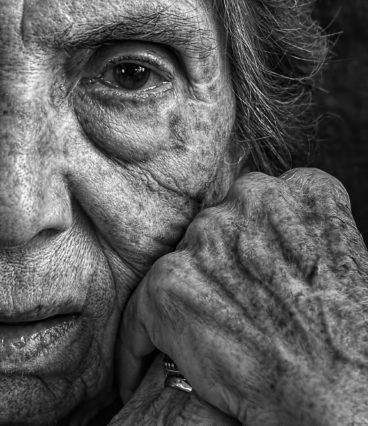 When Tony Luciani’s 95-year-old mother moved in with him four years ago, he used photography as a way to fight and reflect on her dementia. Here, the stories behind some of our favourite shots from the series

Tony Luciani grew up near St. Clair and Dufferin, where his parents settled when they immigrated from Italy in the 1950s. He became an artist, typically working with oil painting and charcoal drawing, but he started dabbling in photography when his now-95-year-old mother, Elia, broke her hip and moved in with him in Durham four years ago. Soon after she arrived, he noticed her memory was worsening and that she’d often repeat herself and get confused; she was soon diagnosed with dementia. “She doesn’t even know my name now,” he says.

Photography became a way for Luciani and his mother to spend productive and enjoyable time together. They discussed ideas for photographs they could create together—many originated from stories she’d share about her childhood. The mostly black-and-white images document Elia’s battle with dementia, but they have a playful levity, and some are imbued with a dash of magical realism.

Luciani has displayed them in a number of small exhibitions and a book, and this month, he’s showing them in Mamma: In the Meantime, a multimedia exhibition of photographs, paintings, drawings and video, supported by the Alzheimer Society of Grey-Bruce and on display until April 3 at the Joseph D. Carrier Art Gallery in the Columbus Centre. They’ll also be featured in a TED Talk he is giving in May about using art as a means of caregiving. We spoke to Luciani about the inspirations behind some of our favourite photos in the collection. 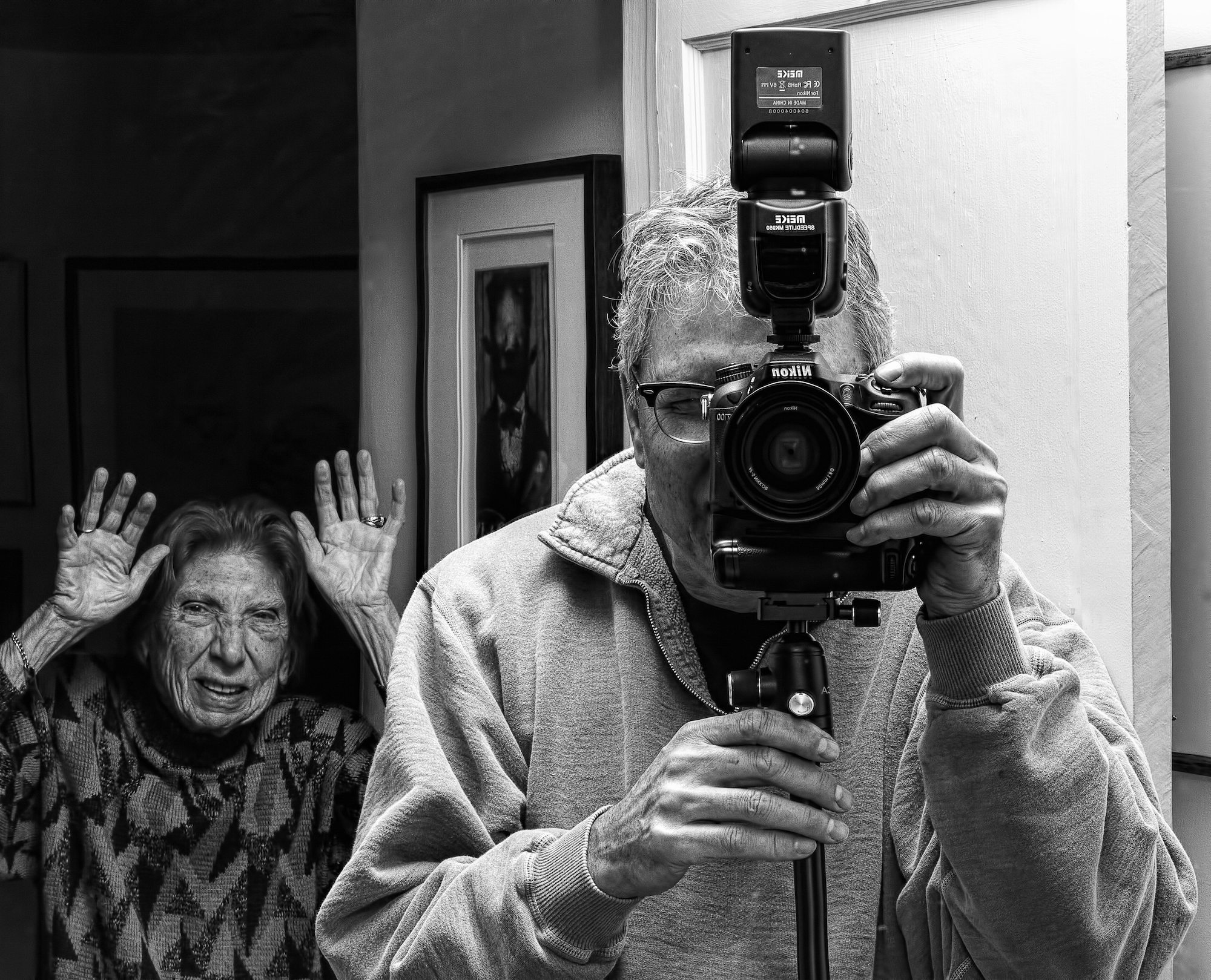 In 2015, Luciani—a photography novice at that point—was testing out a new camera in the bathroom mirror when his mother popped in. “This was not staged—completely impromptu,” he says. “It was then that I got this ‘a-ha’ moment that we could do something together, instead of her sitting around not knowing what to do.” 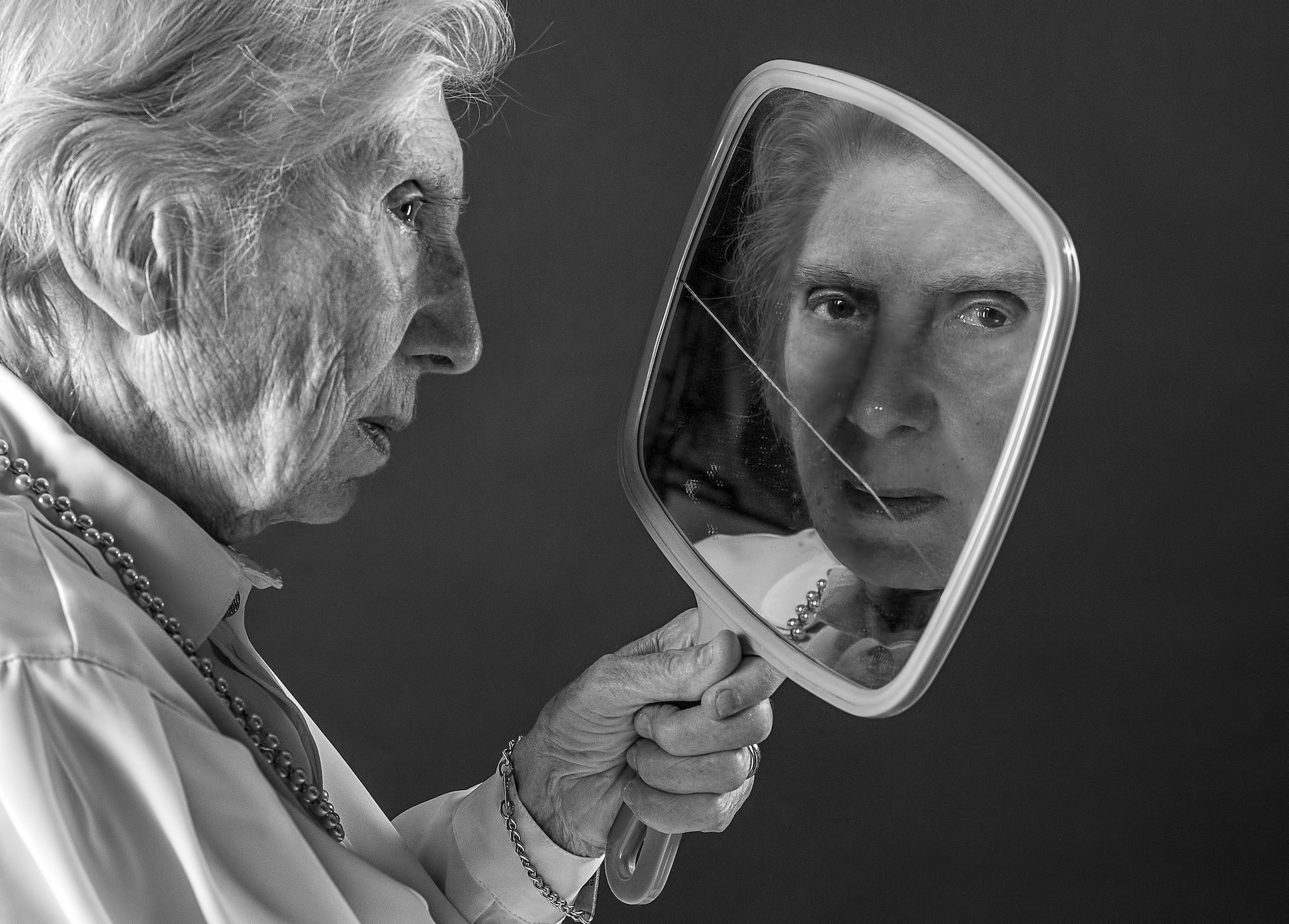 When he took up photography, Luciani also began experimenting with Photoshop for the first time in his career. He saw it as a tool to add, take away and alter things to express his mother’s frustrations with old age and the way dementia challenges someone’s sense of identity. “She’d tell me she wished she was 60 again so I just smoothed out her skin and made her a little bit younger,” he says. “I was the plastic surgeon on this one.” 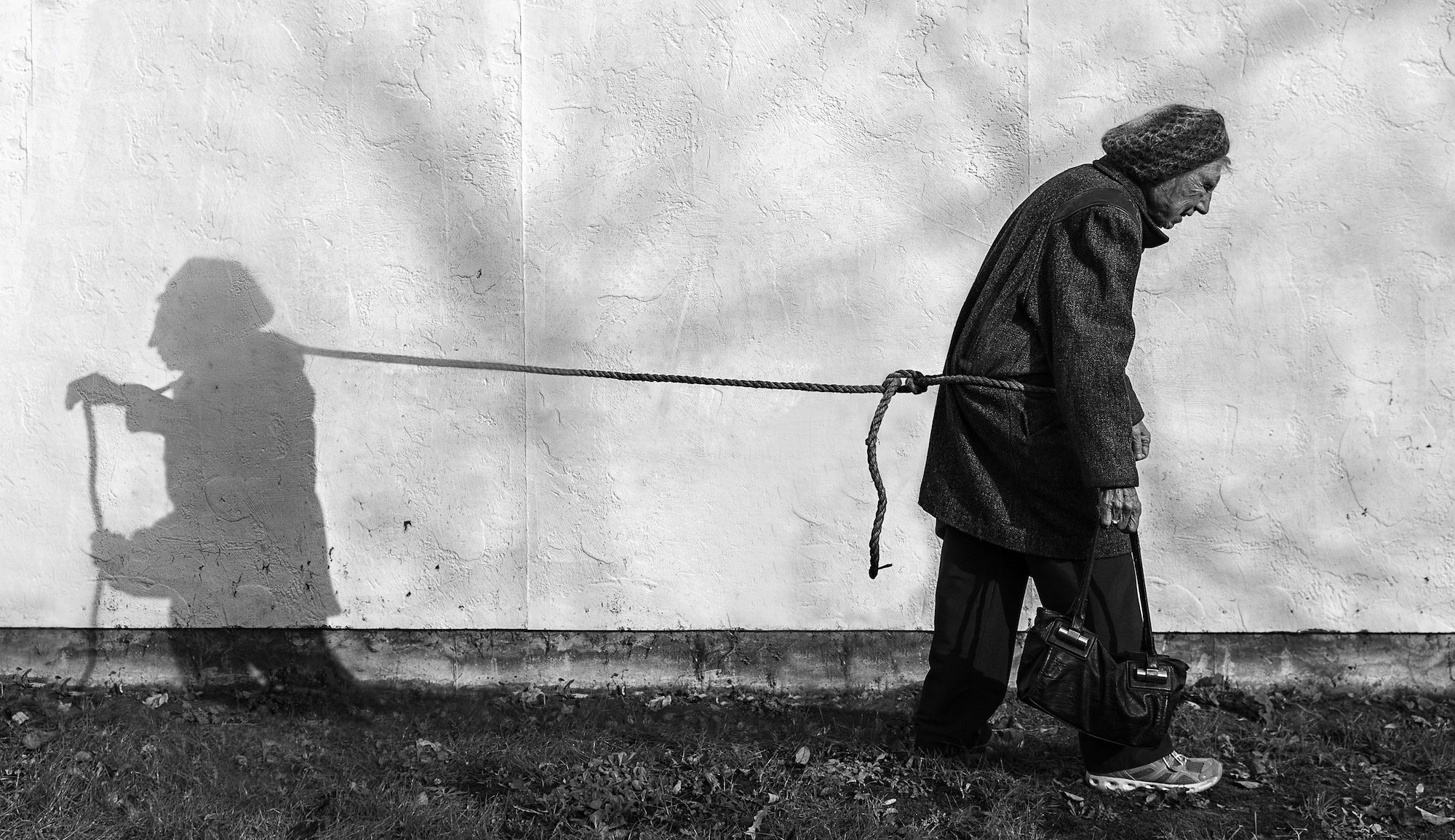 No Escape From Within

Luciani played with shadows to visually depict his mother’s internal struggles and to convey the sense that she’s her own prisoner. “People are always trying to break away from an aspect of themselves, anxieties and worries they have—but they’re tied to those worries by an umbilical cord.” 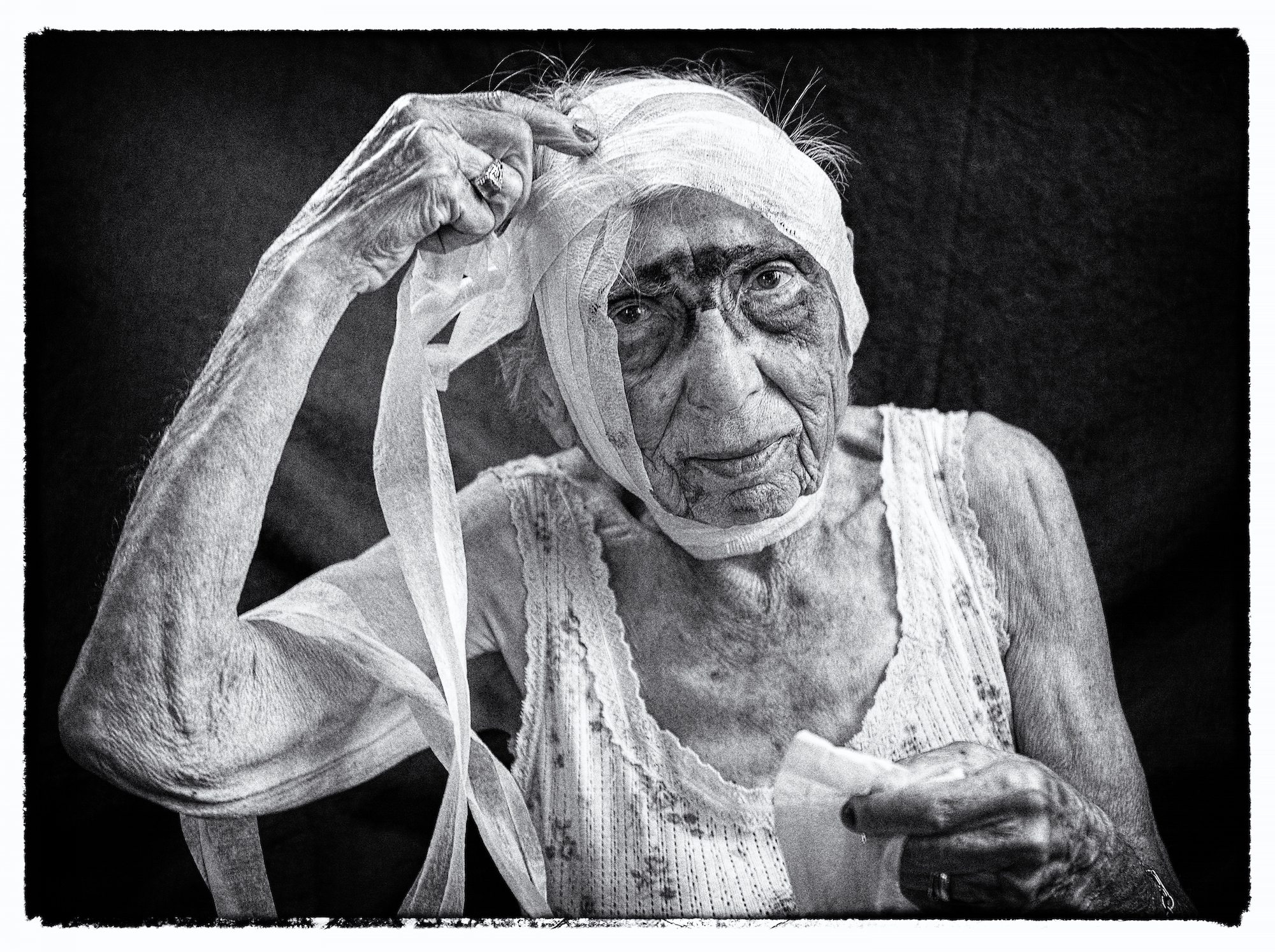 “It was Halloween and I wrapped her up as my mummy,” says Luciani. It’s one of a series of photographs, starting with Elia fully wrapped and unravelling until she’s completely exposed, a representation of the metamorphosis she’s experienced in the past few years. He also took a burnt wine cork and smeared it around her eyes as makeup, something he’d do on himself back when he trick-or-treated as a kid. 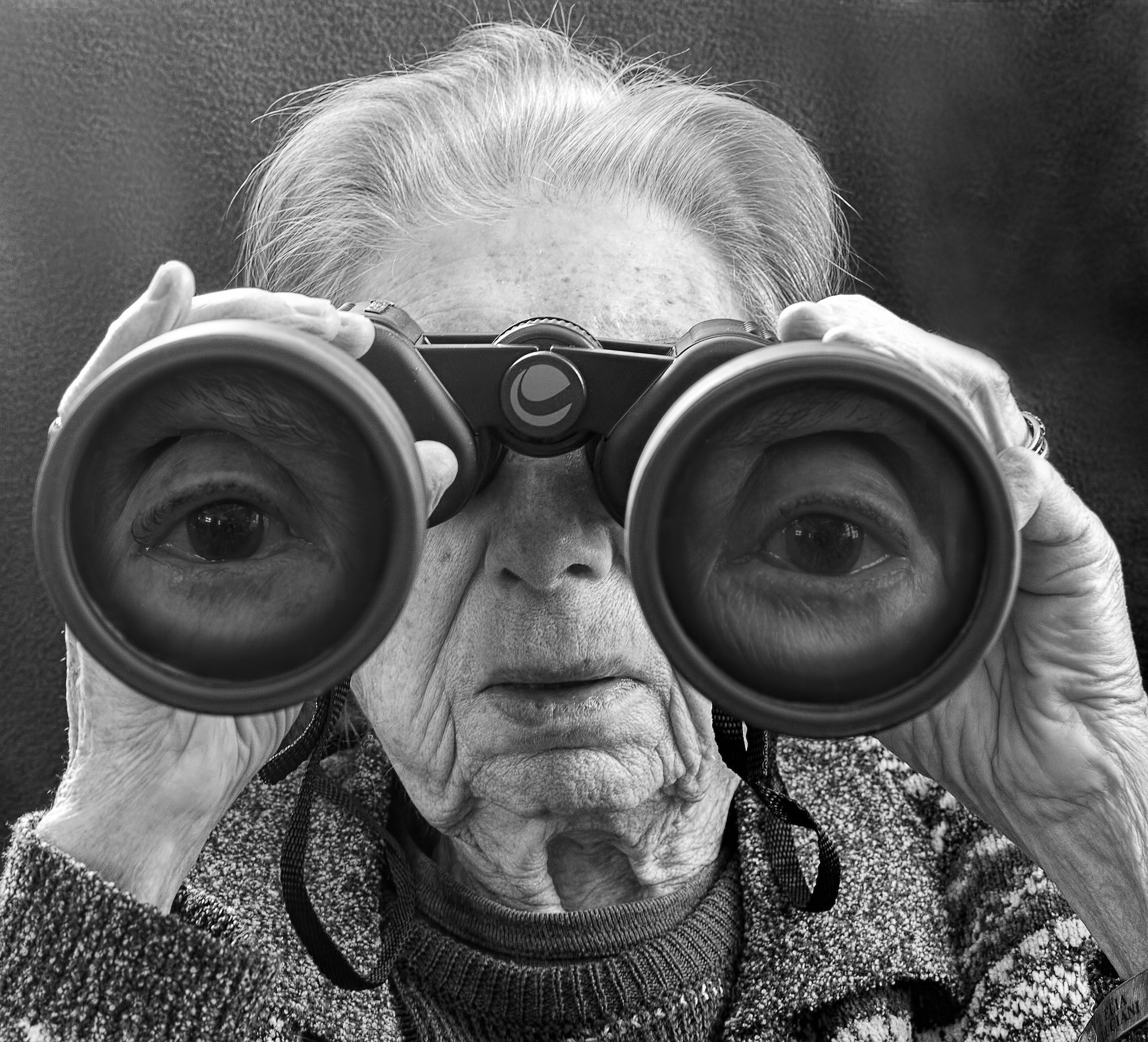 Luciani uses a lot of objects in his home as props. When he stumbled upon an old pair of binoculars, they initially reminded him of the 1981 WWII submarine film Das Boot. But when he took the picture, E.T. the Extra-Terrestrial emerged as the clear reference. It’s one of the most popular pieces from the collection and has received some unanticipated international attention—an Australian sex toy company requested using his mother’s image in this photograph as its logo. He declined. 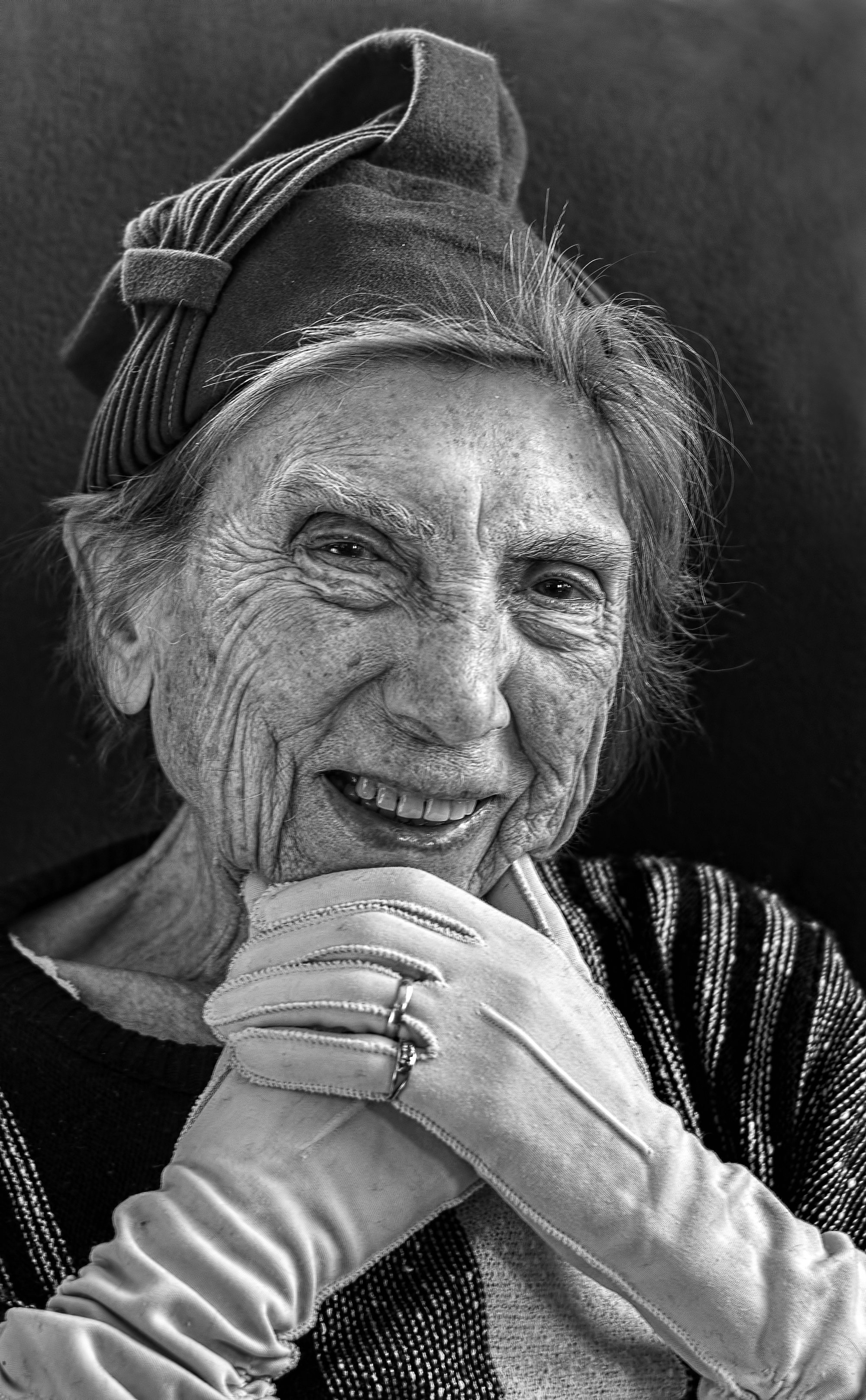 The idea for this one emerged after a mother-and-son marathon of Audrey Hepburn classics like Breakfast at Tiffany’s and Roman Holiday. Luciani borrowed the gloves and hat from some friends, giving his mother an opportunity to dress up and live a part of her childhood she never got to experience. Elia was betrothed in an arranged marriage at 13, hurtling her immediately into womanhood. “She has no short-term memory, but still remembers her childhood and talks about it all the time,” he says. “She’s play-acting as a little girl again.” 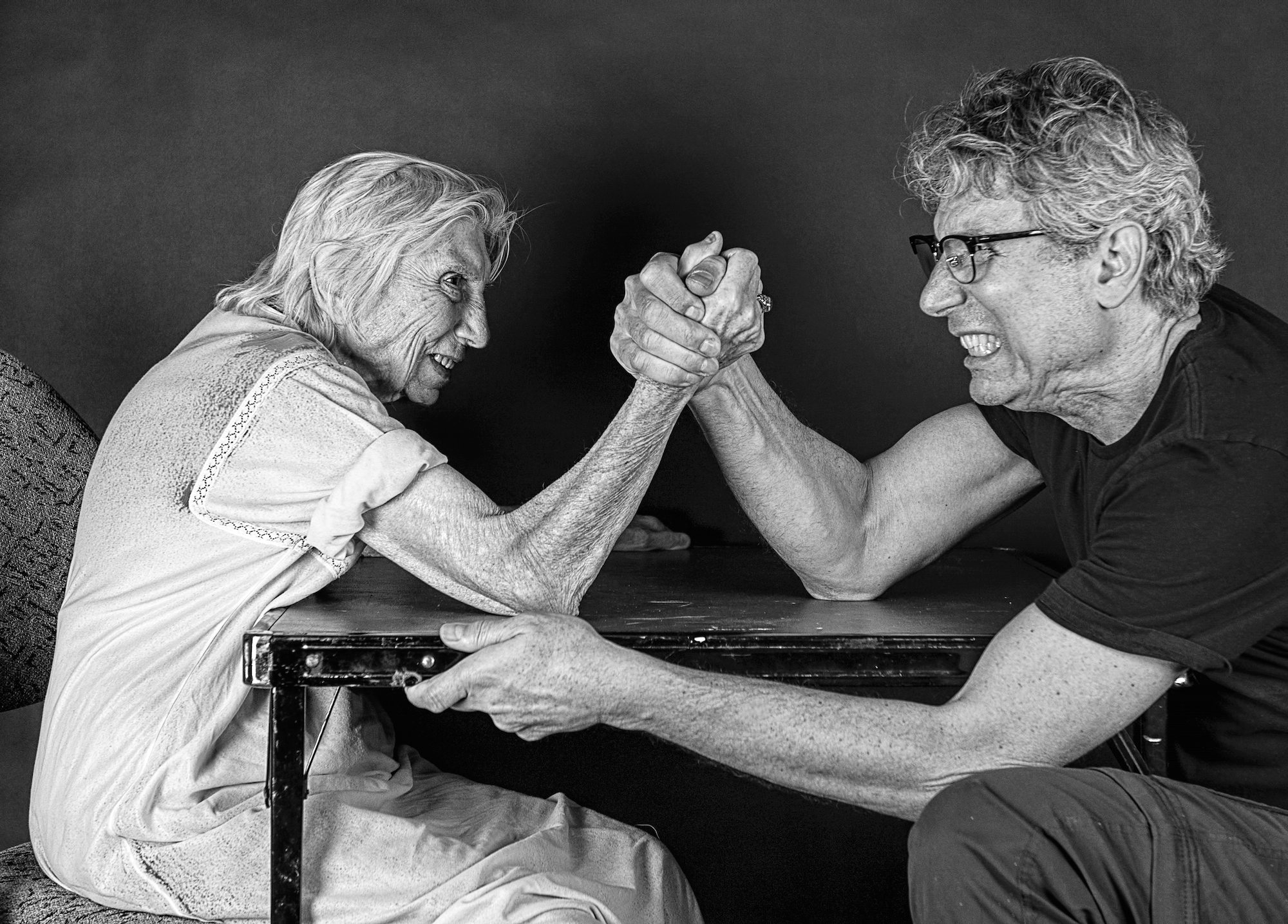 Luciani was taking pictures from across the table when he abruptly challenged his mother to arm wrestle, which brought on a whirlwind of laughter. The project has proven therapeutic for both of them. “Dementia is stressful. It’s a lot of anxious moments and a lot of down, sad times,” he says. “To balance that off, I try to bring some life and humour, and she loves it. She’s having a great time.” 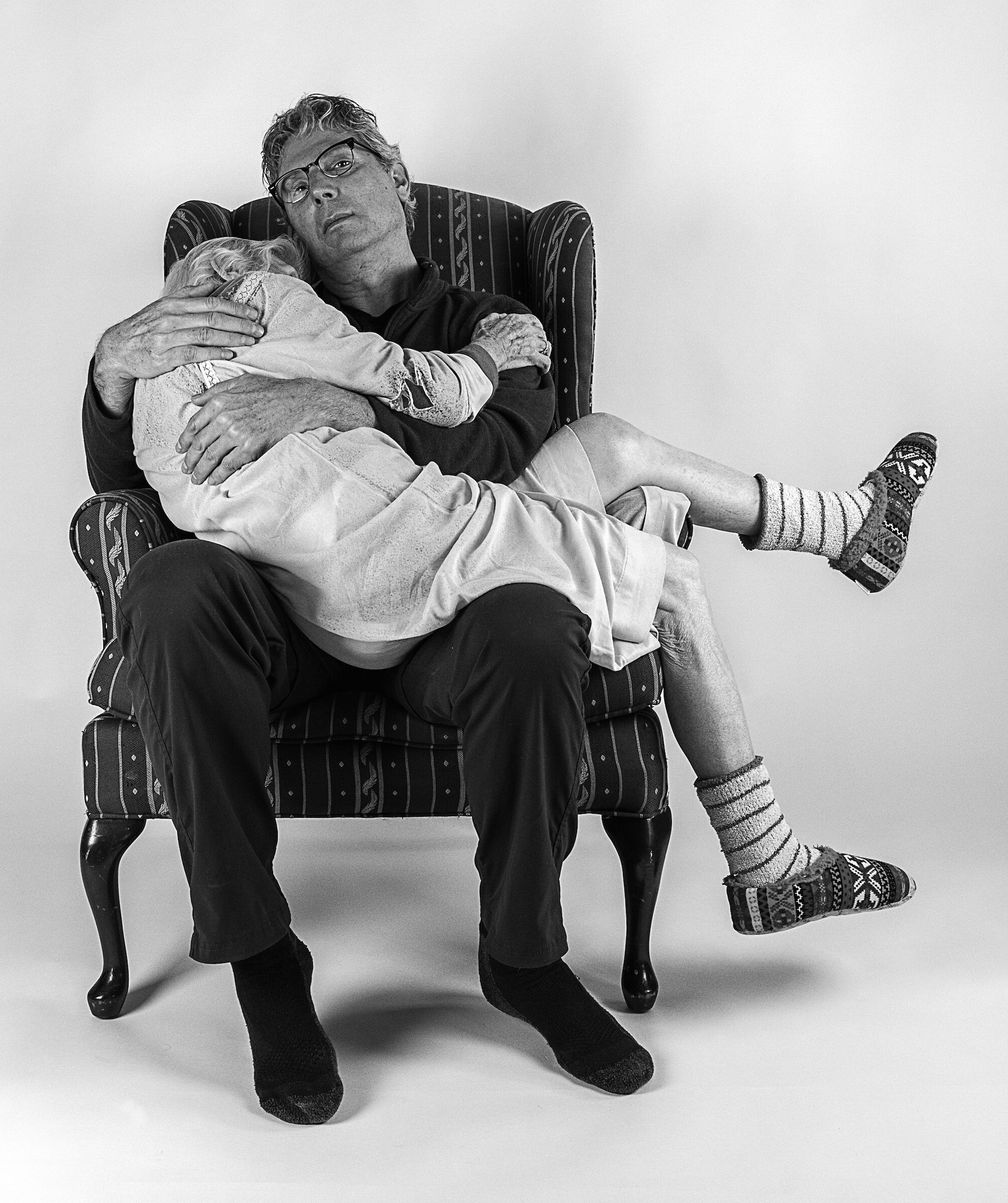 Luciani savours every moment he spends with his mother. He calls it a “long goodbye”—an experience he never got with his father or older brother, who both died suddenly while Luciani was travelling. In this photo, he wanted to show the complete role reversal in their relationship, and the persistent nurturing involved. “She’s given me more than I’ve been able to give her in the four years she’s been with me,” he says. “I want people to feel optimistic that there is life [even if you’re] old and sick. Life doesn’t end until it’s over.”