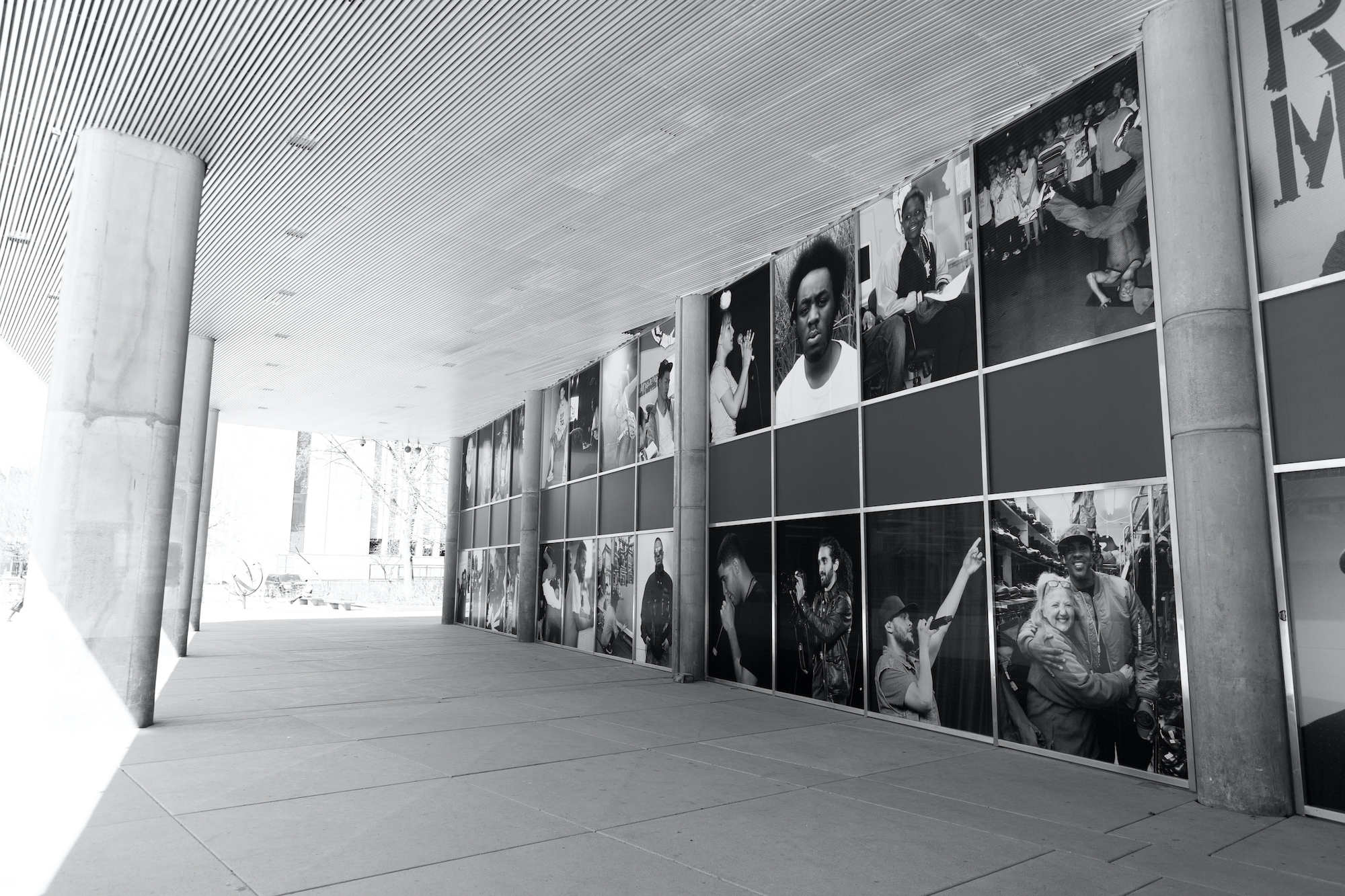 One night in December of 2006, photographer Ajani Charles walked into the El Mocambo to shoot a rap-battle event between local artists and walked out with a new mission in life. From that moment on, he devoted his career to documenting all aspects of Toronto’s multifaceted hip-hop community. This pivot, for Charles, began right when the city was on the cusp of becoming a trendsetting rap mecca—thanks in no small part to a certain former Degrassi star. 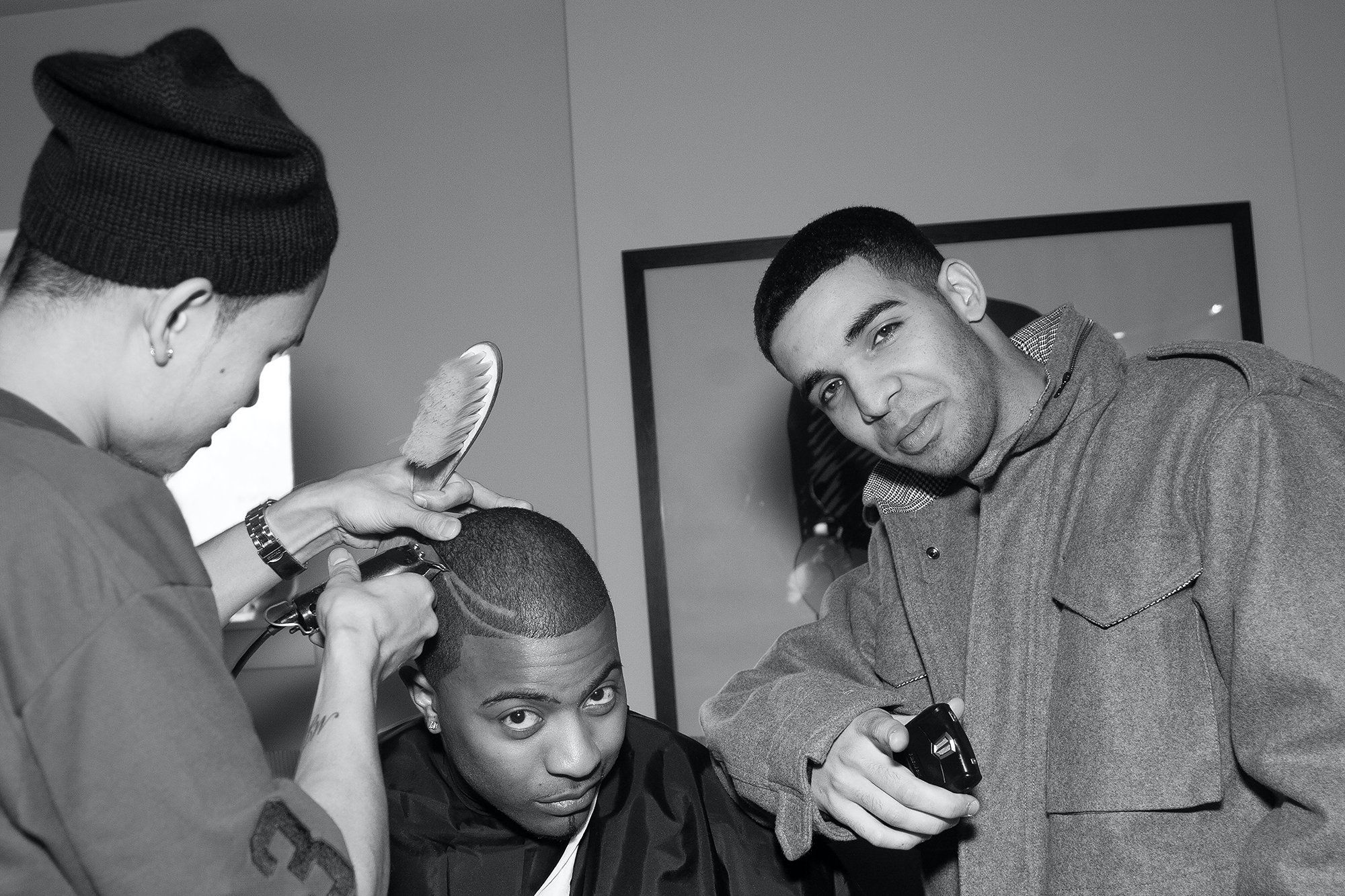 But behind every phenomenon like Drake is a team of unsung trailblazers, producers, managers, promoters, photographers, fashion designers and contributors who form the scene’s lifeblood. In Charles’s black-and-white portrait exhibit, Project T-Dot—on display at city hall until September 5—these everyday heroes are put on the same pedestal as the superstars. Here, Charles shares the stories behind 10 notable images from his 15-year archive. 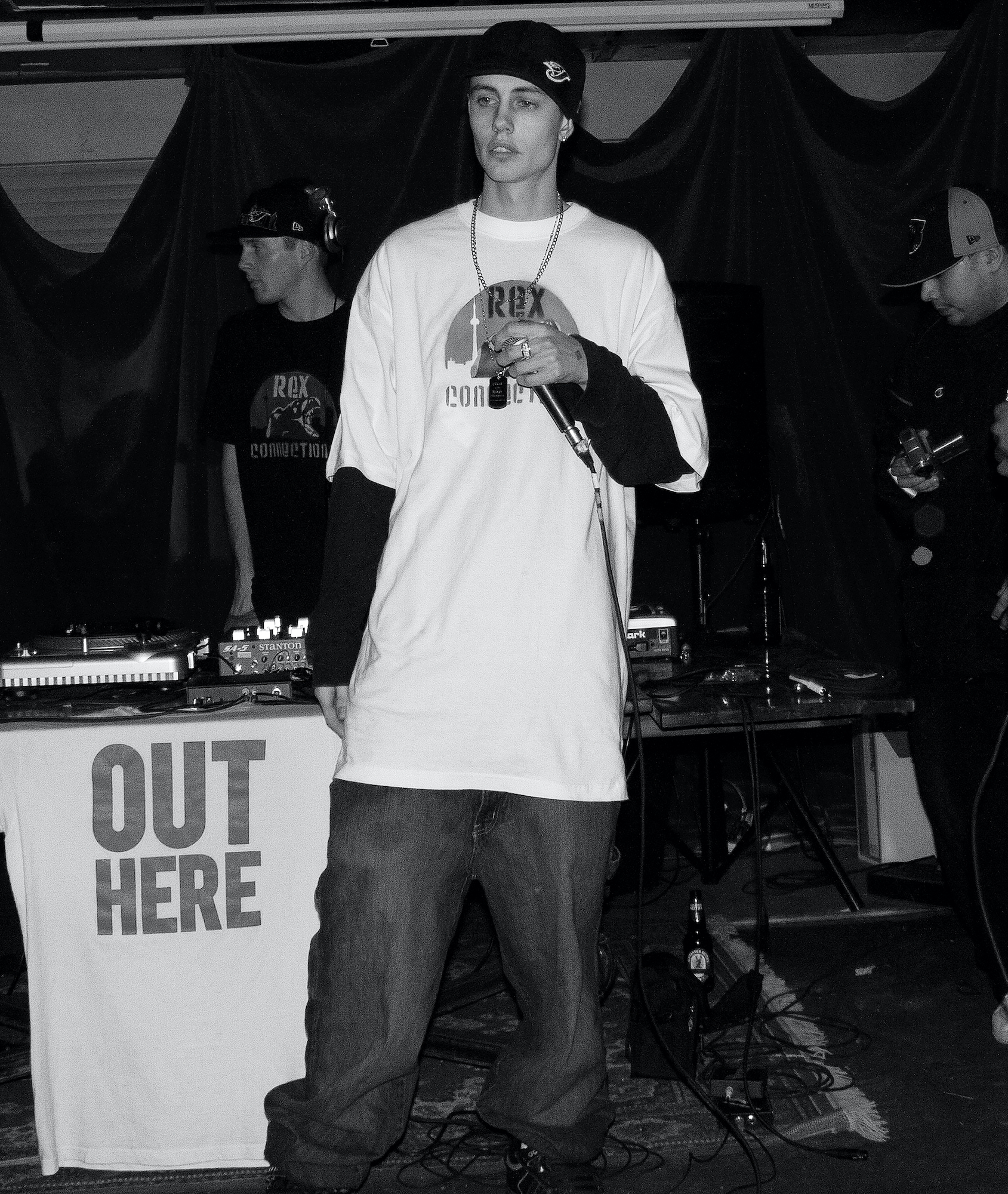 DJ Docta, Organik, and Griz on the Grind

“Ryan Horne, who goes by the name DJ Docta, has been my friend since the first grade. I asked him if he knew of any events where I could practise my photography, and he pointed me in the direction of the rap battles at the El Mo. So, in December 2006, I attended the Proud 2 Be Eh Battle MC competition. I was so inspired by the event’s energy that I got the idea of documenting Toronto’s hip-hop community. This image was from a similar rap battle at El Mo the following month. The man in the foreground is Organik. It was his very first rap battle, and his entire career began on that night. In 2008, he co-founded King of the Dot—a very well-known Canadian rap-battle league. Drake and OVO are past sponsors.” 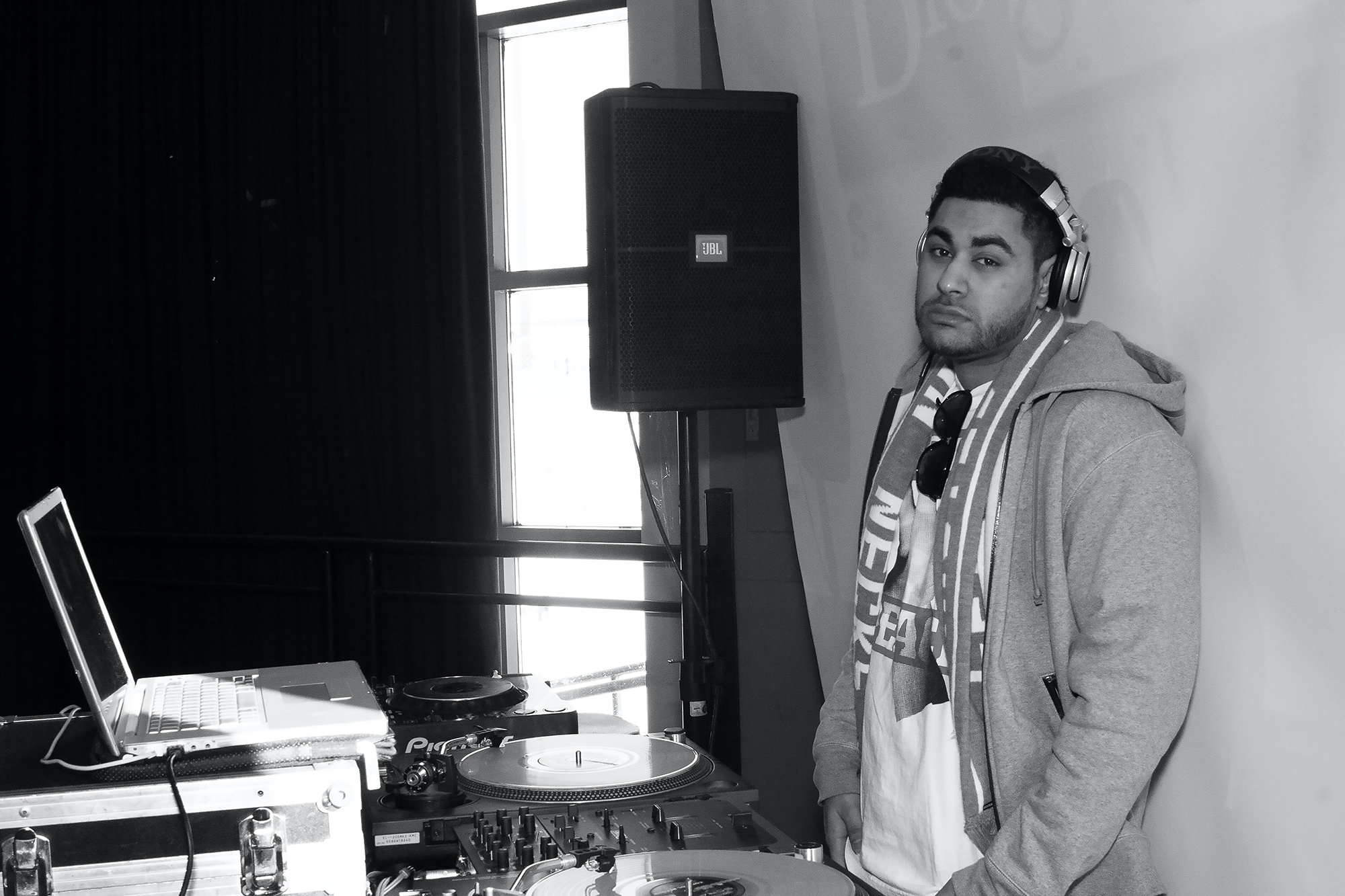 “Shez Mehra was one of the first people in Toronto to believe in Drake’s music. I shot this image at Seneca College, where Shez was opening for Clipse—a hip-hop duo featuring brothers No Malice and Pusha T. They were flaunting their jewellery, which was pretty amazing to see because rappers from Toronto could not afford the types of chains that they had on.” 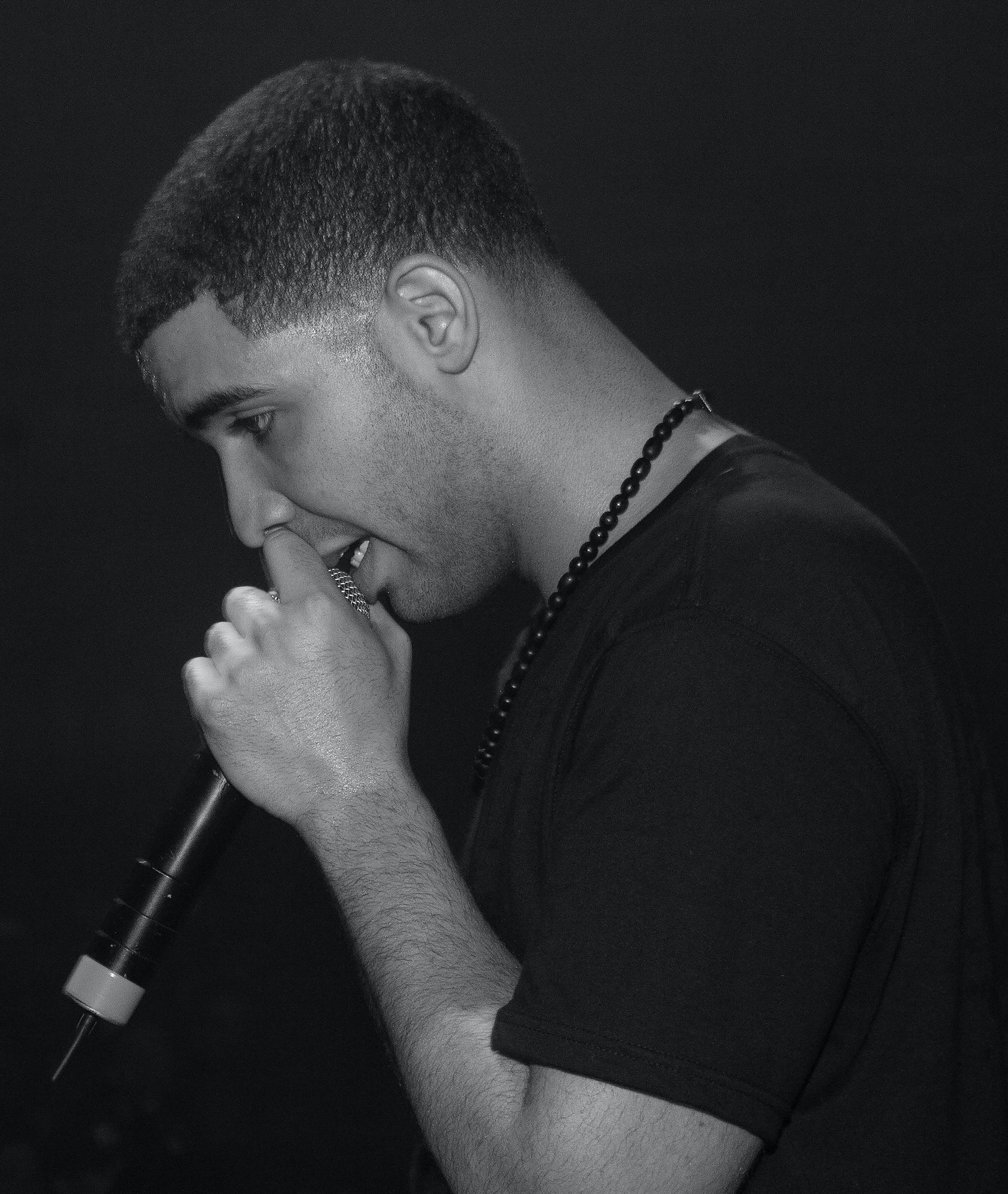 “In my opinion, this performance at the Sound Academy was Drake’s most important concert. It was his first sold-out hometown show, and the most prominent people in Toronto’s music scene were onstage that night—as were all of his partners, collaborators, and a lot of his former classmates and childhood friends. I had been listening to Drake since 2004, but it was this concert that made me realize he was destined for superstardom. His attitude on stage was completely different from all the other musicians in Toronto that I had come across. I could also see how fanatical his fanbase was.” 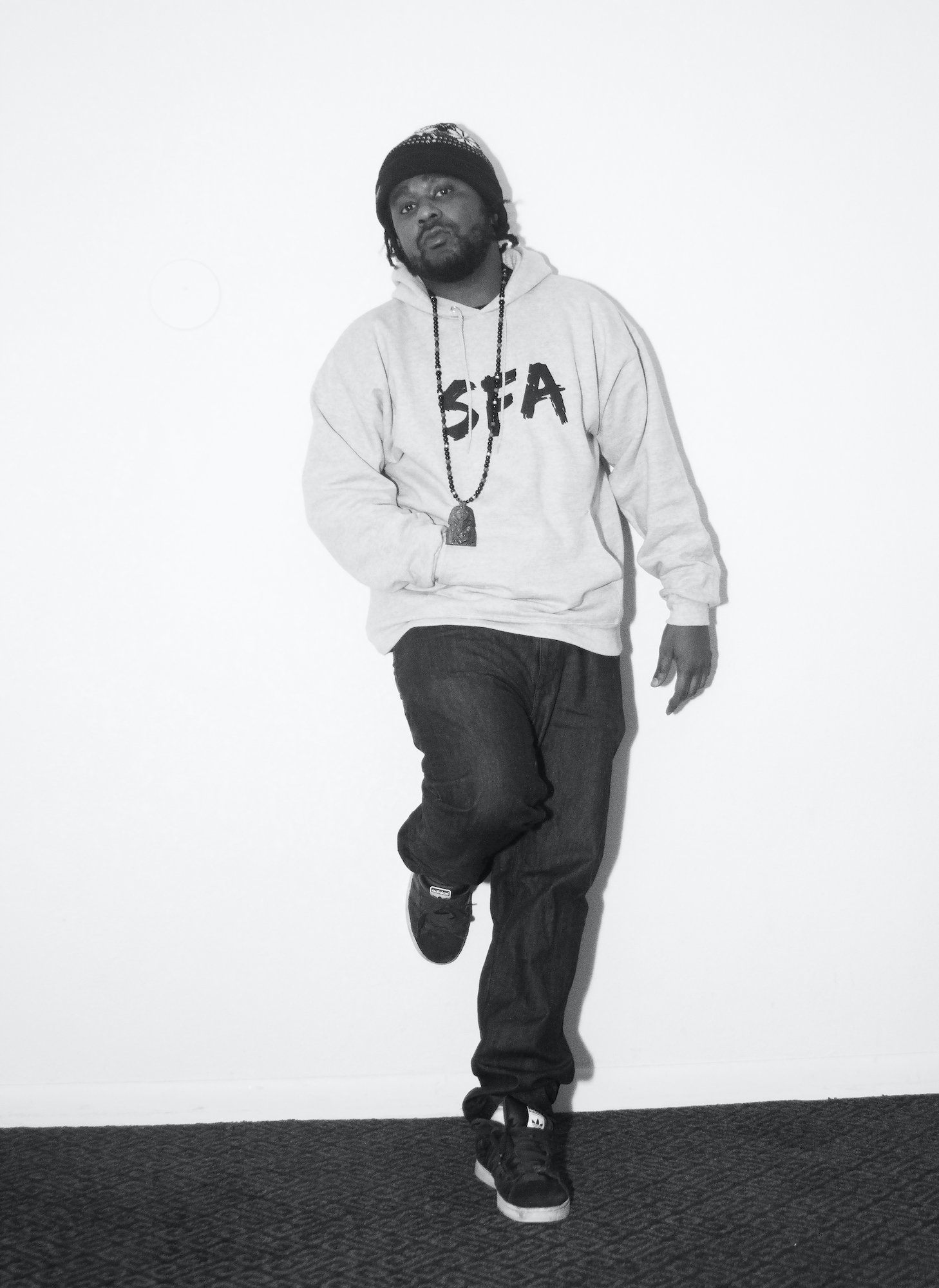 “Neil Donaldson is the co-founder of Stolen From Africa, a highly respected nonprofit organization that educates and supports marginalized youth across Canada on colonialism, racism and mental health. We’ve worked together a lot and documented various facets of the community and culture. Here, we were in Georgia shooting a documentary on the transatlantic slave trade. We helped JellyTooFly, a rapper from Toronto, and another artist from Atlanta learn about their origins by visiting different sites relevant to the slave trade in Georgia and in Ontario. That was a very transformative trip for both of us.” 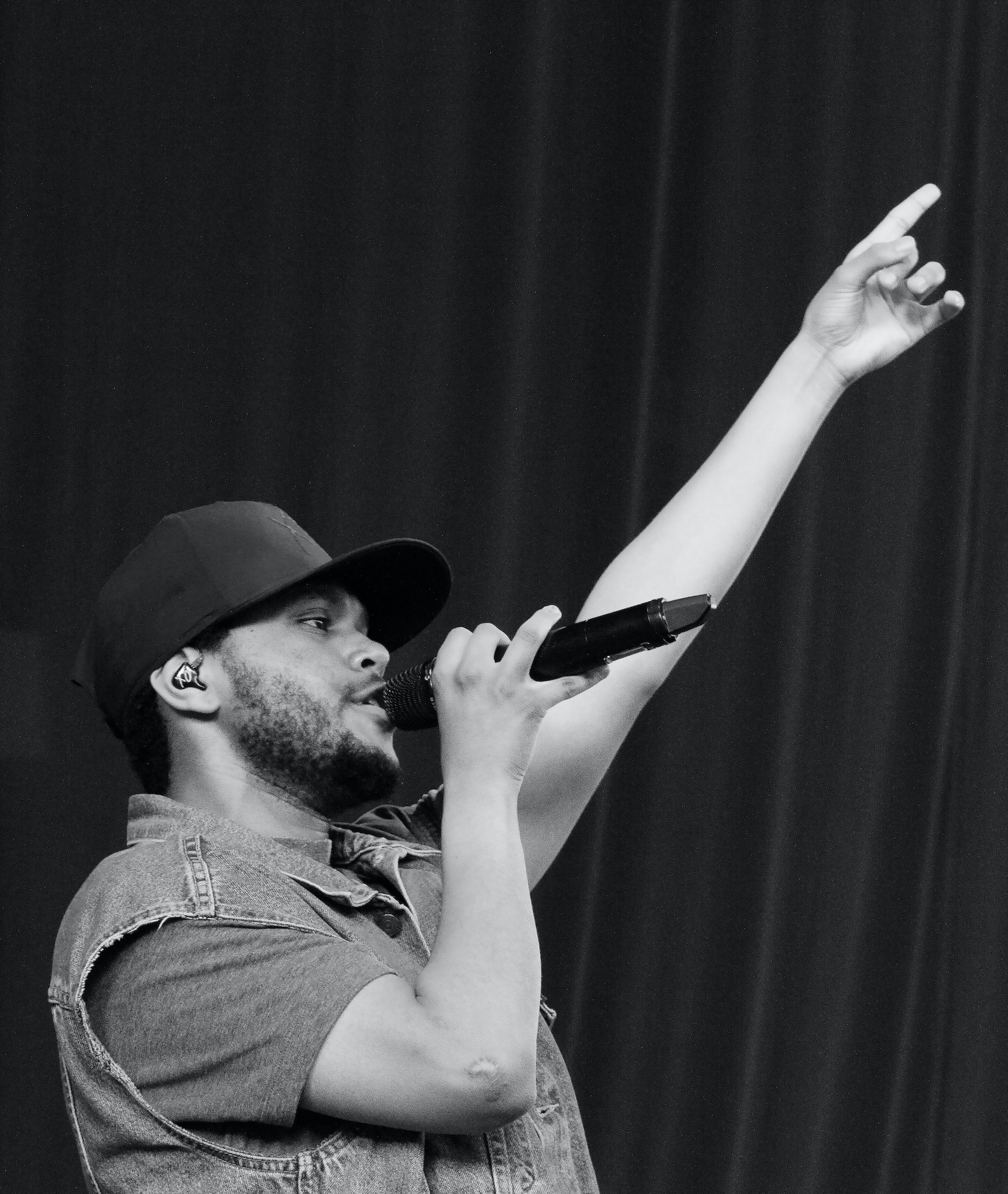 OVO Fest at the Molson Amphitheatre, 2011

“This is The Weeknd’s first concert at a major venue. He was opening for OVO Fest at the Molson Amphitheatre, and it was my first time seeing him perform. He was relatively unknown then, and the organizers put him on incredibly early—there were maybe 500 to 1,000 people at the Molson Amphitheatre that evening, which is nowhere near capacity—but he killed his performance. He has one of the most profound success stories in Toronto.” 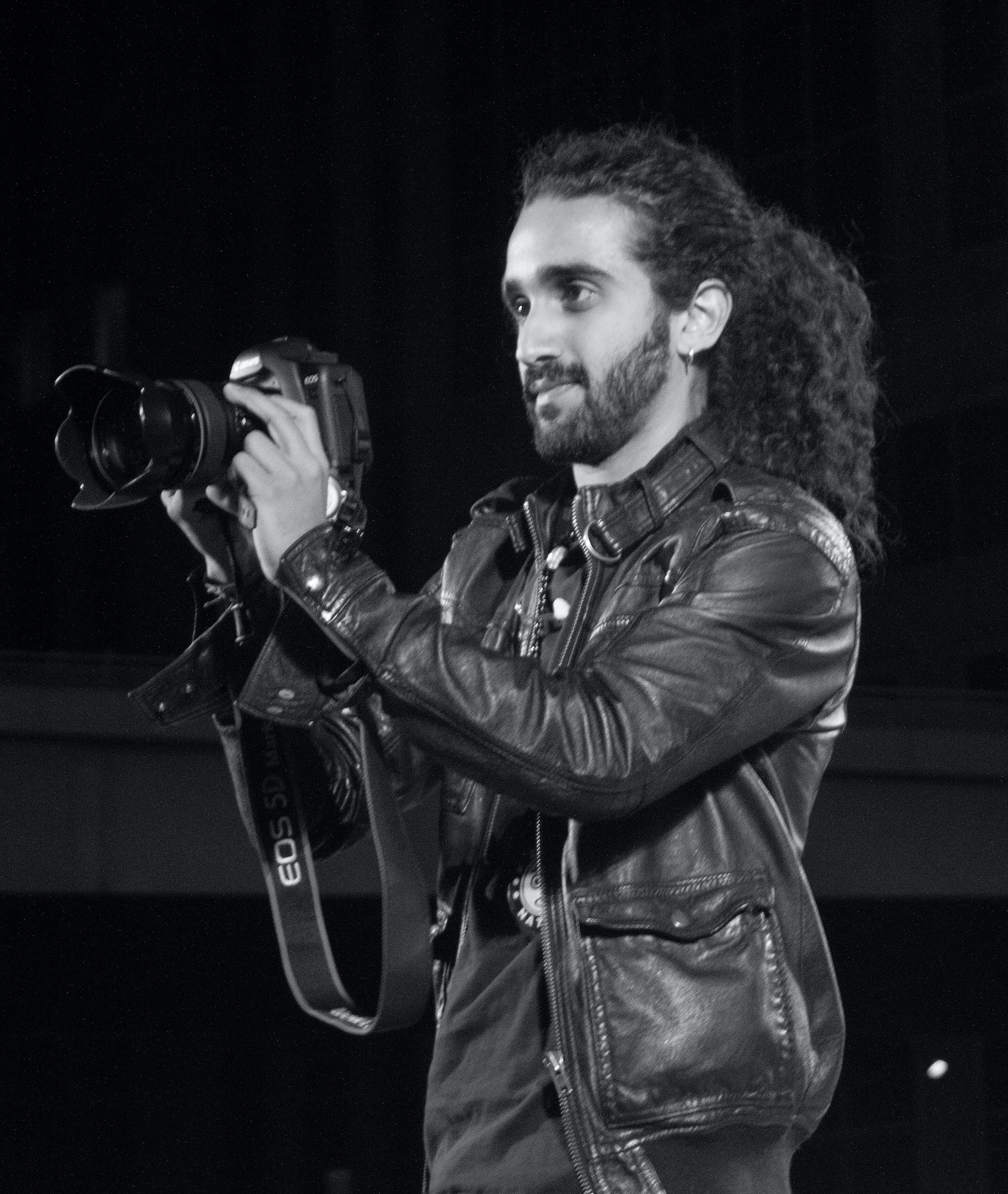 “Che Kothari is one of those hundreds of individuals who have influenced or directly helped many of the superstars who have come out of the city. He’s the co-founder of the hip-hop festival Manifesto, an activist, a prolific photographer and filmmaker, and he has been a manager to many incredible artists. He’s an amazing example of what Toronto hip-hop community members are capable of accomplishing.” 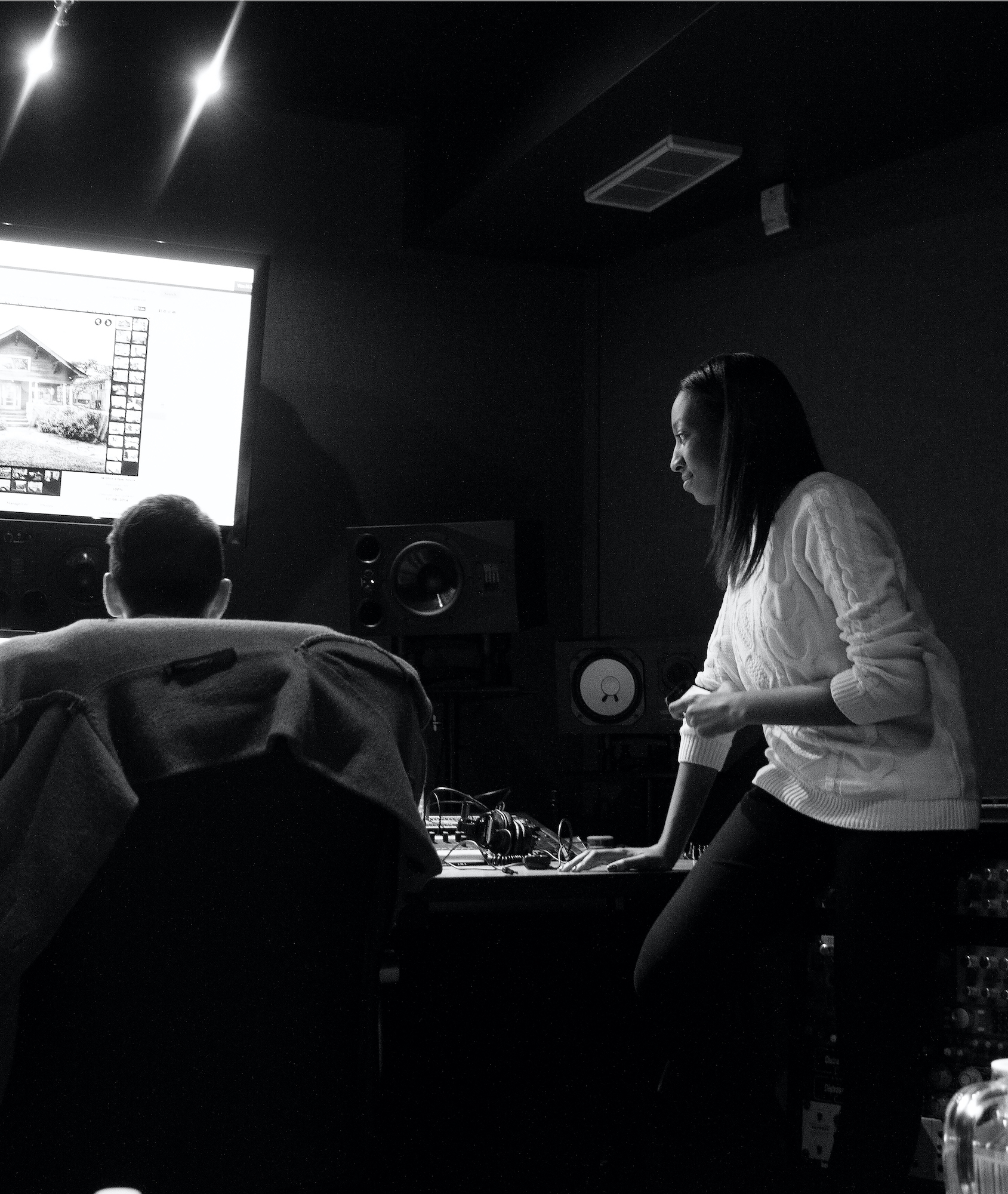 “This was the night I met producer WondaGurl at a Battle of the Beatmakers meetup, held by the organization behind a major music competition, at this recording studio that was originally in Liberty Village and that now resides in The Junction. It’s incredible what she’s accomplished as a producer at such a young age. She’s only 18 years old in this photo, but her work ethic and all the artists that she’s worked with since then—including Mariah Carey, Jay-Z and Ye—are indicative of her hustle and her talent. She’s a great hip-hop representation of Toronto’s hunger for international recognition.” 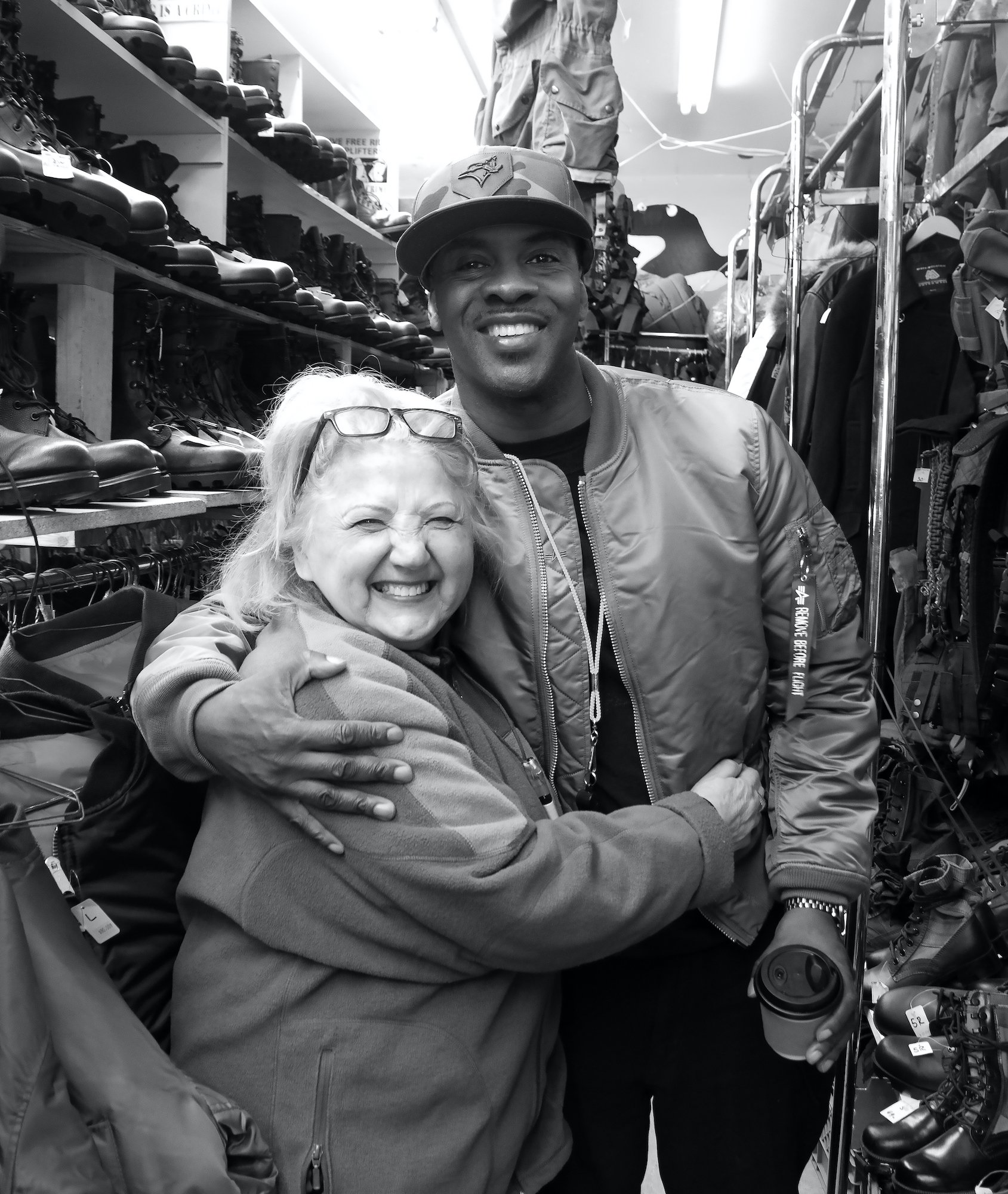 “We had never met or spoken before, but one day Maestro sent me Facebook message asking to hire me for press photos. We agreed on a shoot in Kensington Market, and by the end, we got along so well that he wanted to go shopping. This was shot in the army surplus store. The store owner eventually recognized him and wanted to take a picture. Maestro had on a really cool burgundy bomber jacket they were selling at the store, and I bought one for myself.” 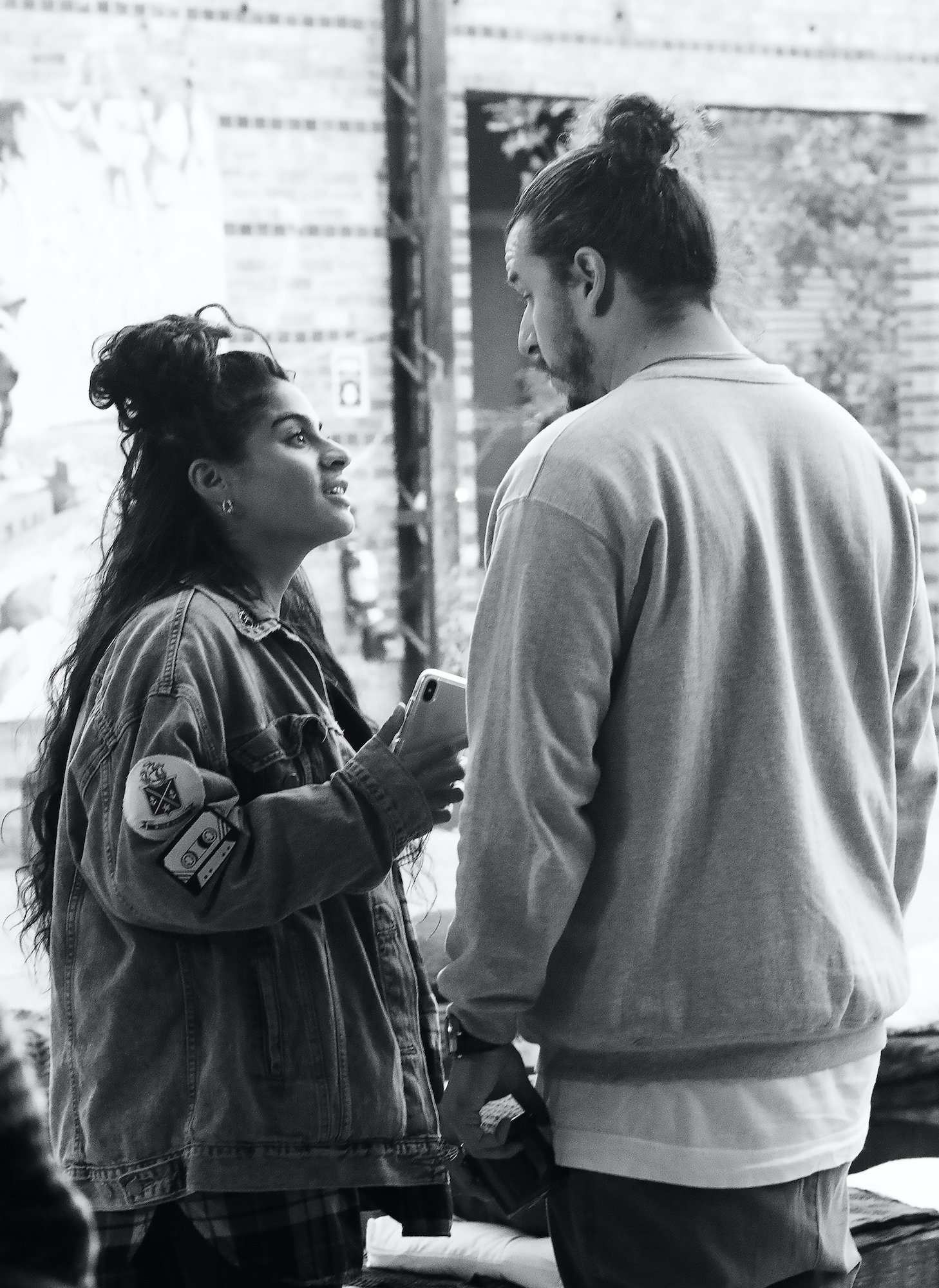 “In 2018, Jessie Reyez’s manager, Mauricio Ruiz, told me that she was having a private concert in partnership with Jameson at the Evergreen Brickworks and that he wanted me to be there. He sent a limo to my place, and I ended up hanging out with him, Jessie, Jessie’s parents, and a large number of people from the Remix Project—Toronto’s most well-known arts-and-entertainment incubator for marginalized youth.” 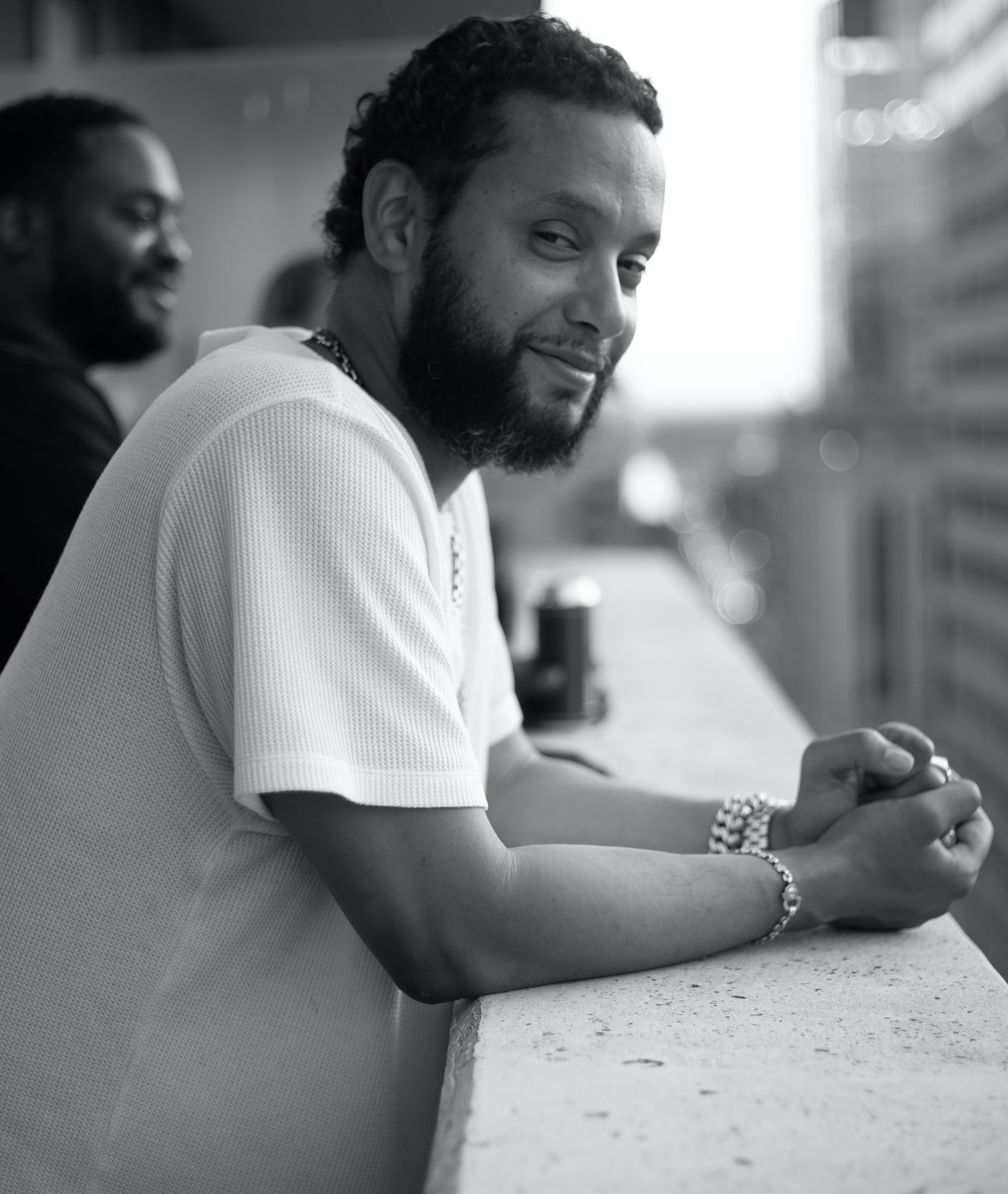 “In 2014, there was a shooting at Julien Christian Lutz’s New Year’s Eve party, and he was hit. It was a nice suit-and-tie party, but someone was targeted and the bullet went through that person and hit Julien in the back. Thankfully, he wasn’t severely injured, and he recovered. But then Julien started doing research on what would compel someone to discharge a gun in a crowded space. He started Operation Prefrontal Cortex with Danell Adams later that year, an organization dedicated to reducing violence—particularly police and gun violence—in Toronto through meditation. Julien and I have been working together on this project since 2018. This image was taken on my balcony after an anti-police-violence rally at Nathan Phillips Square where Julien addressed the crowd about the benefits of mindfulness.”