After a one-year hiatus due to you know what, Winter Stations has returned to its usual sandy home—and there’s even a satellite exhibit in Hamilton, too. Launched in 2014, the annual al fresco competition invites designers from all over the world to transform Woodbine Beach’s lifeguard stations following a theme (this edition’s is “resilience”). Here’s what’s on display until the end of March. 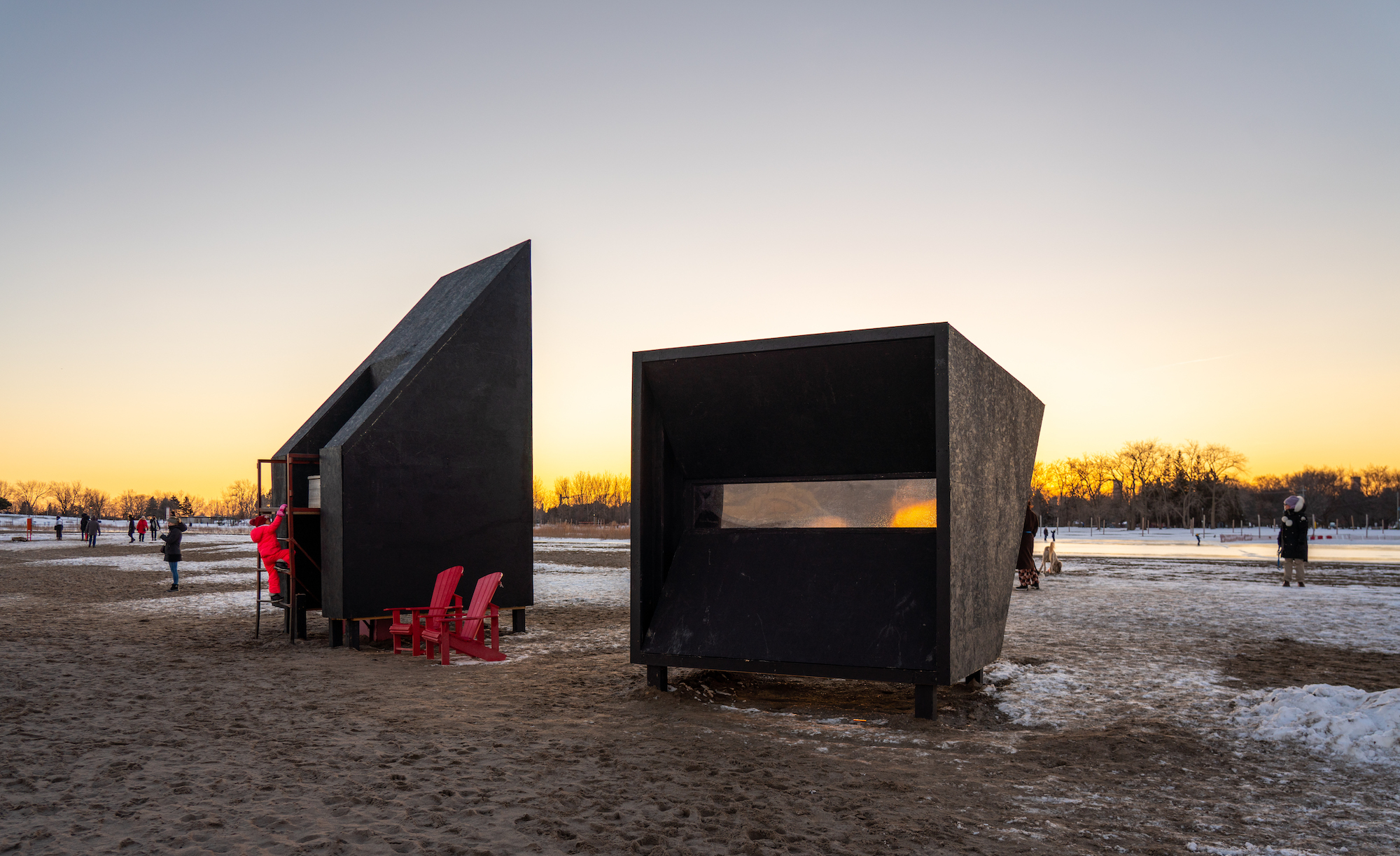 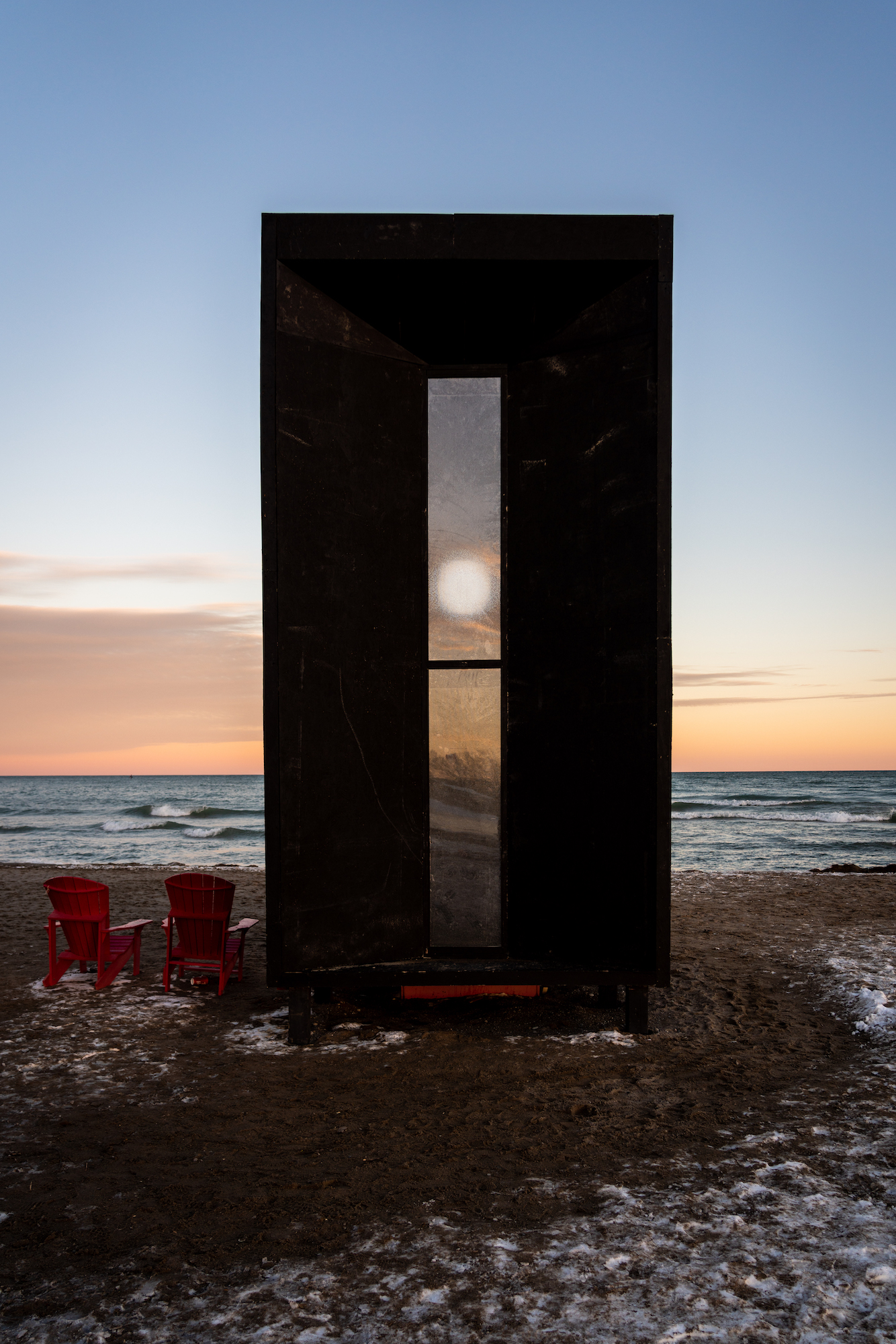 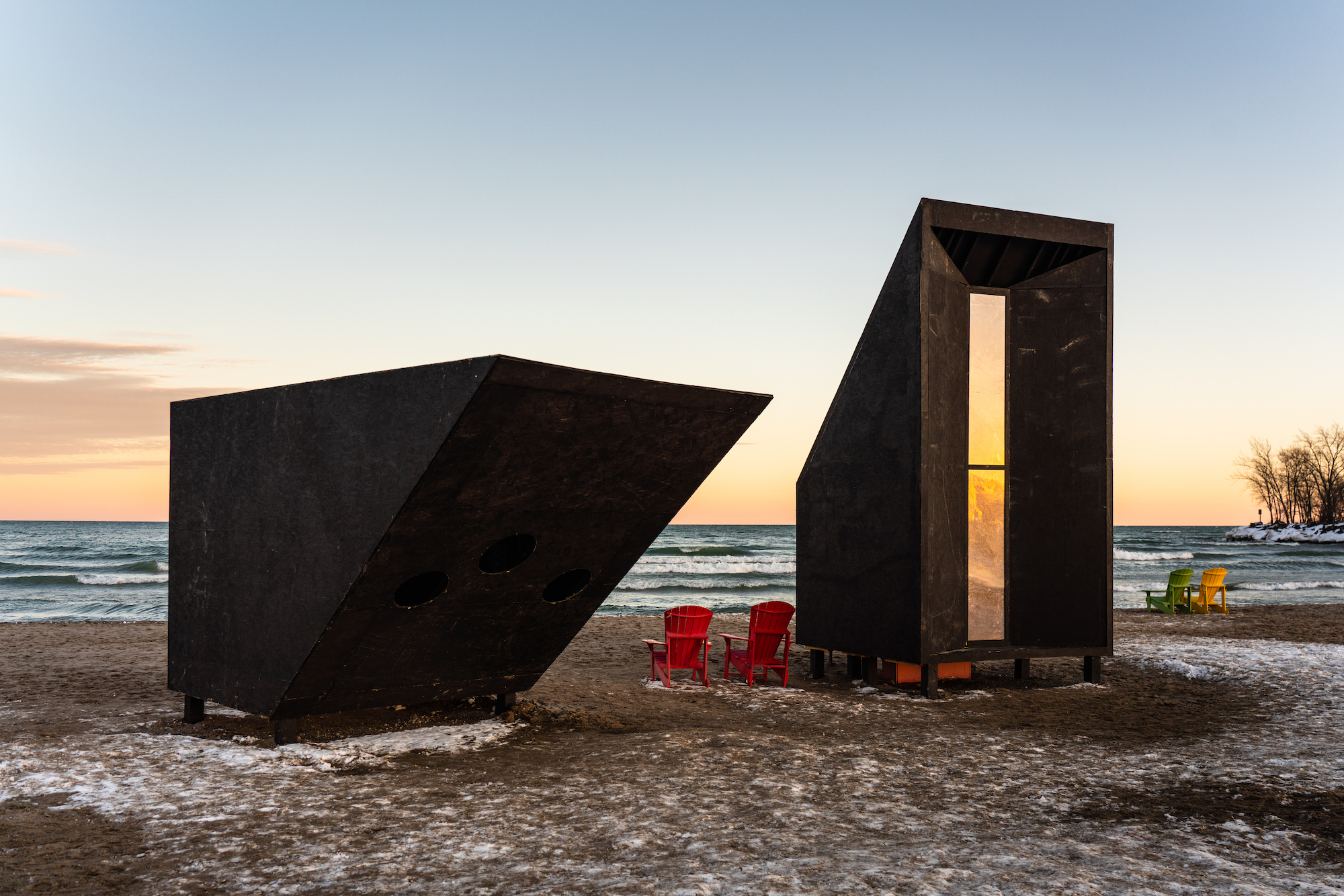 Created by Cemre Önertürk and Ege Çakır of the Turkish design firm Melt, these hollow trapezoidal prisms equipped with a small window each are meant to replicate a cellphone interface. It’s billed as an IRL reimagining of virtual gatherings. When a person enters the shapes, their interactions with viewers on the other side of the slice of glass mimic the sometimes disorienting experience of meeting via digital screens. It still beats Zoom fatigue, though. 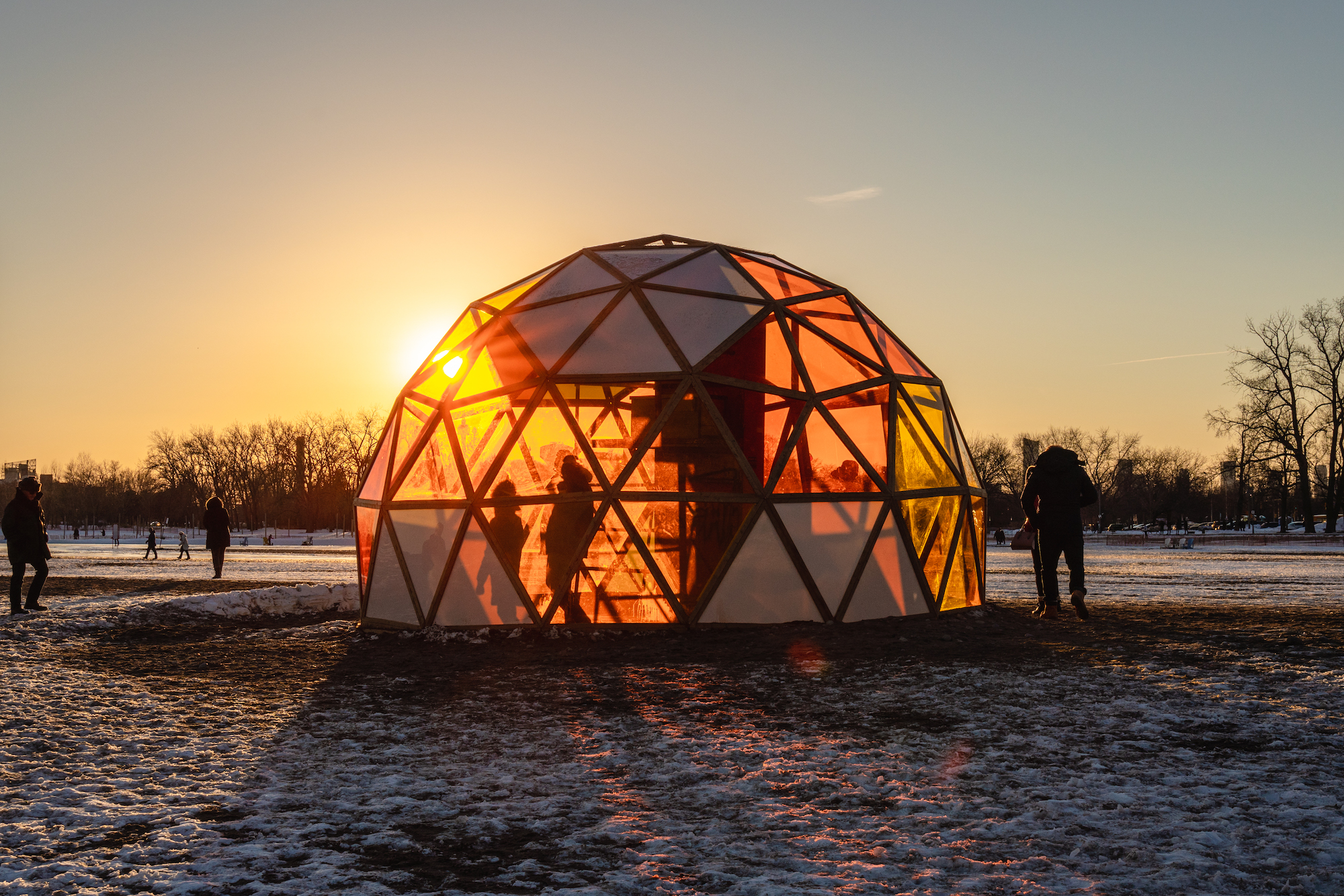 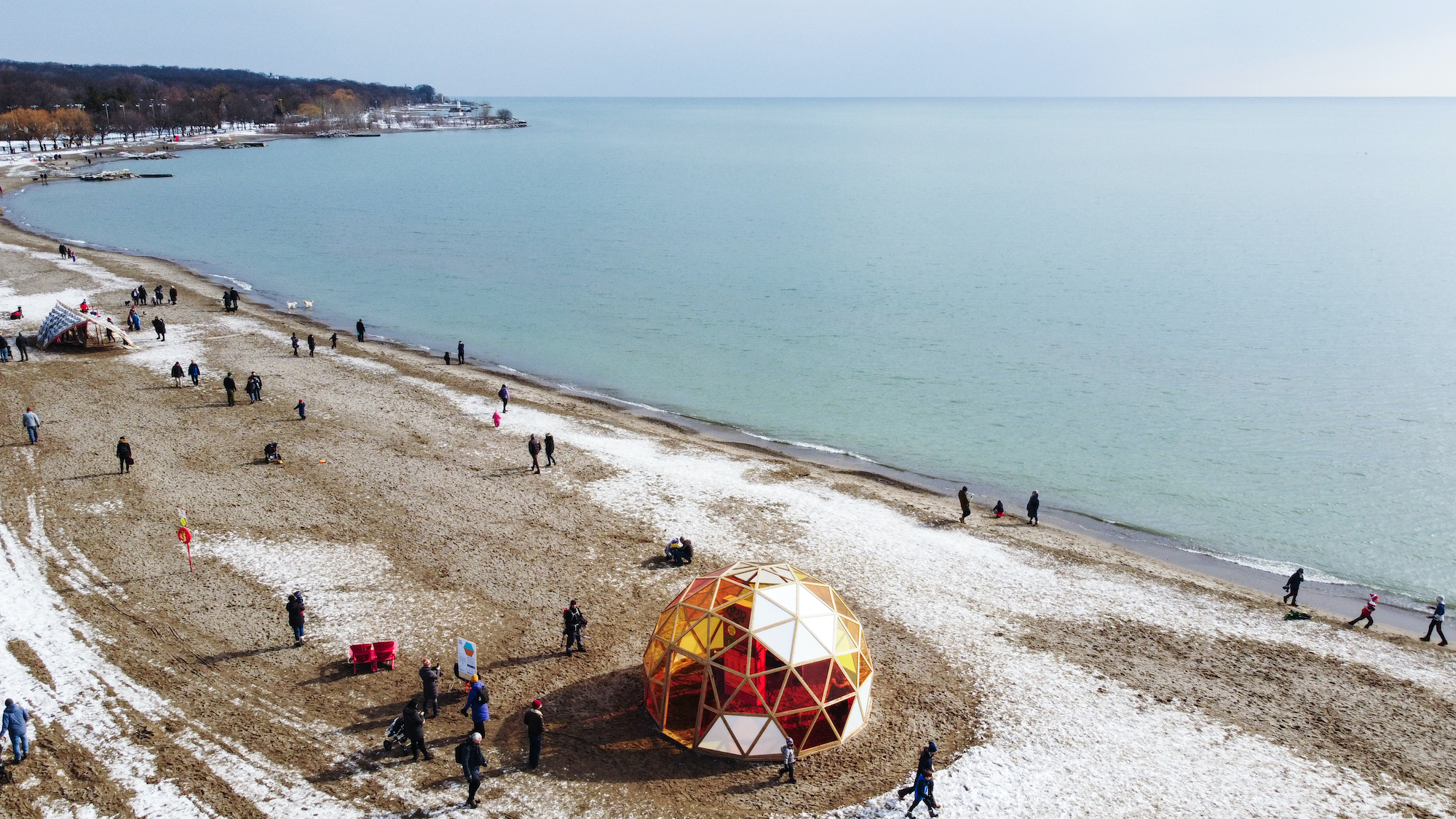 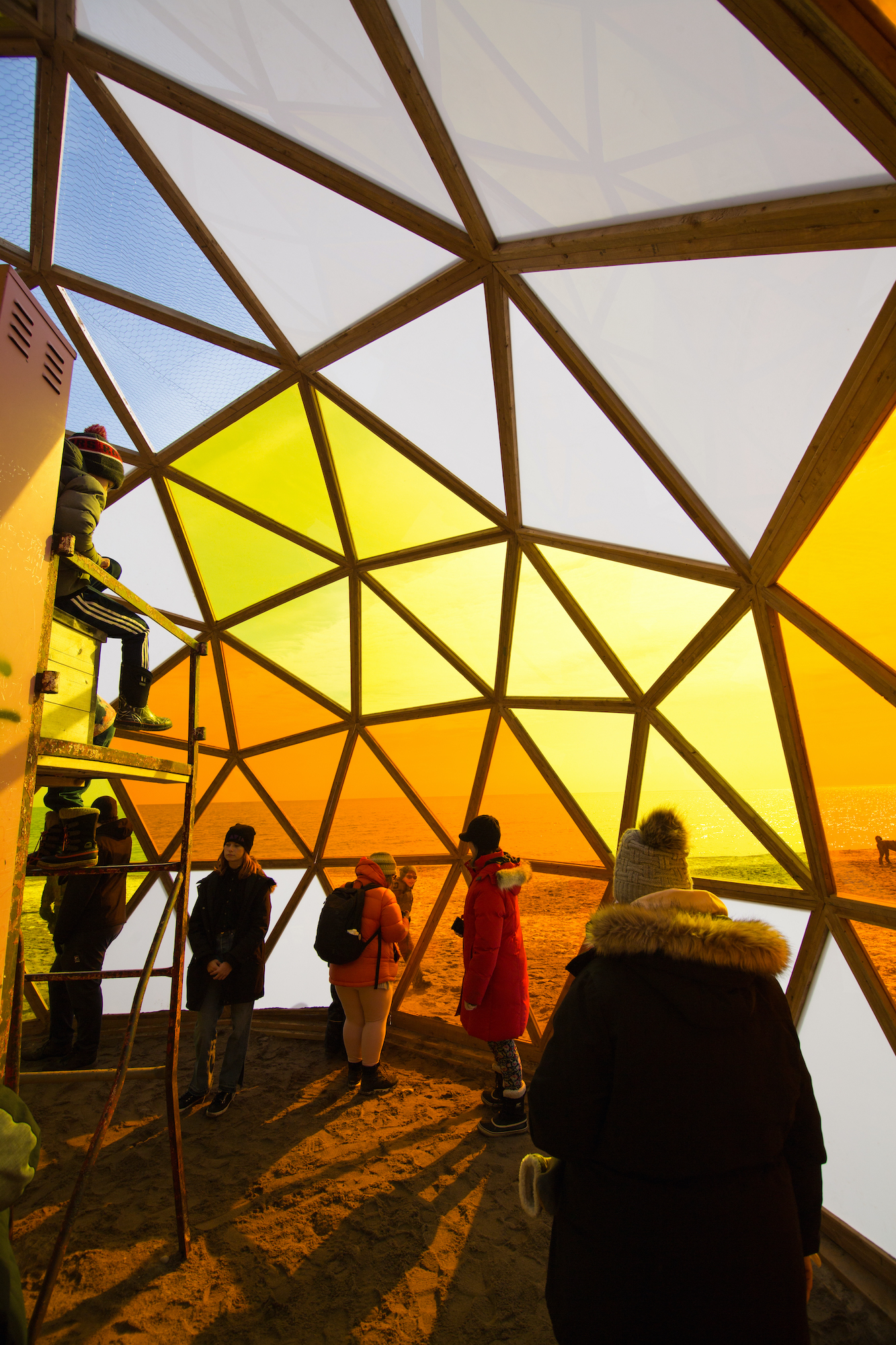 Will Cuthbert, an art director, and Kathleen Dogantzis, a bee researcher at York, got buzzy together to design this dome featuring the same colours and contours as a honey-bee home. Their project offers a window into the collaborative nature of the community-based insect, whose worker bees insulate the hive to keep it warm during the colder months. 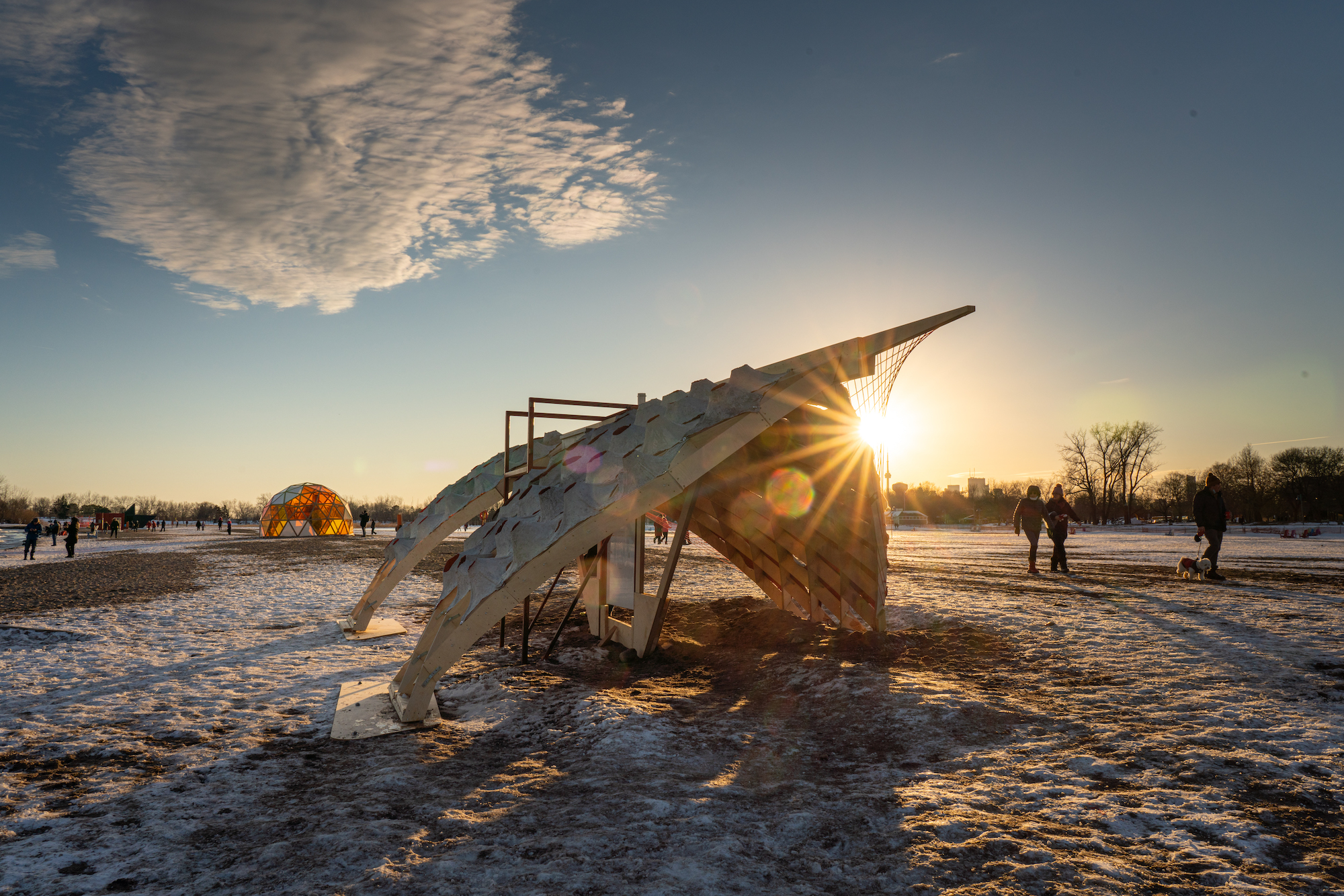 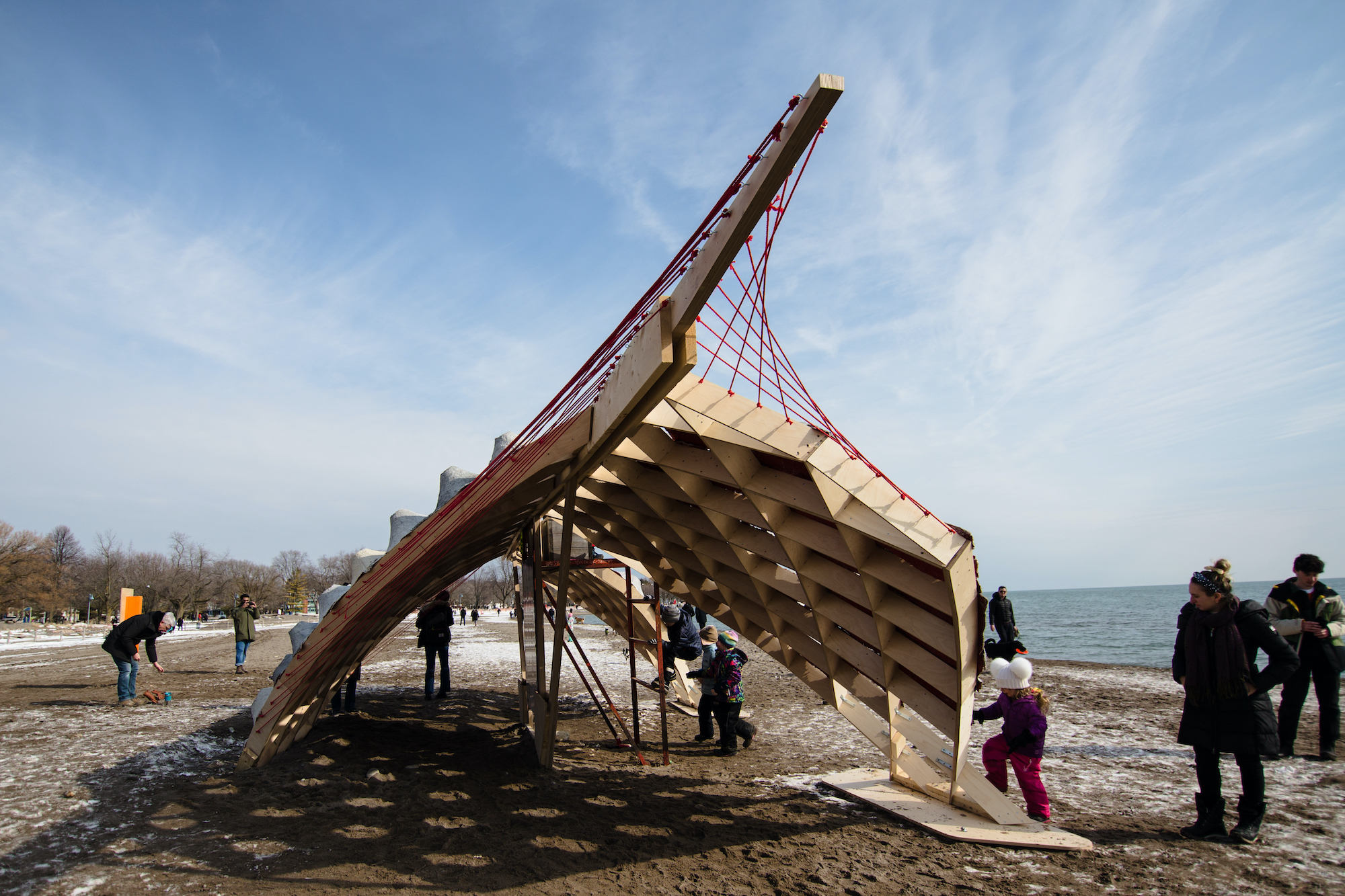 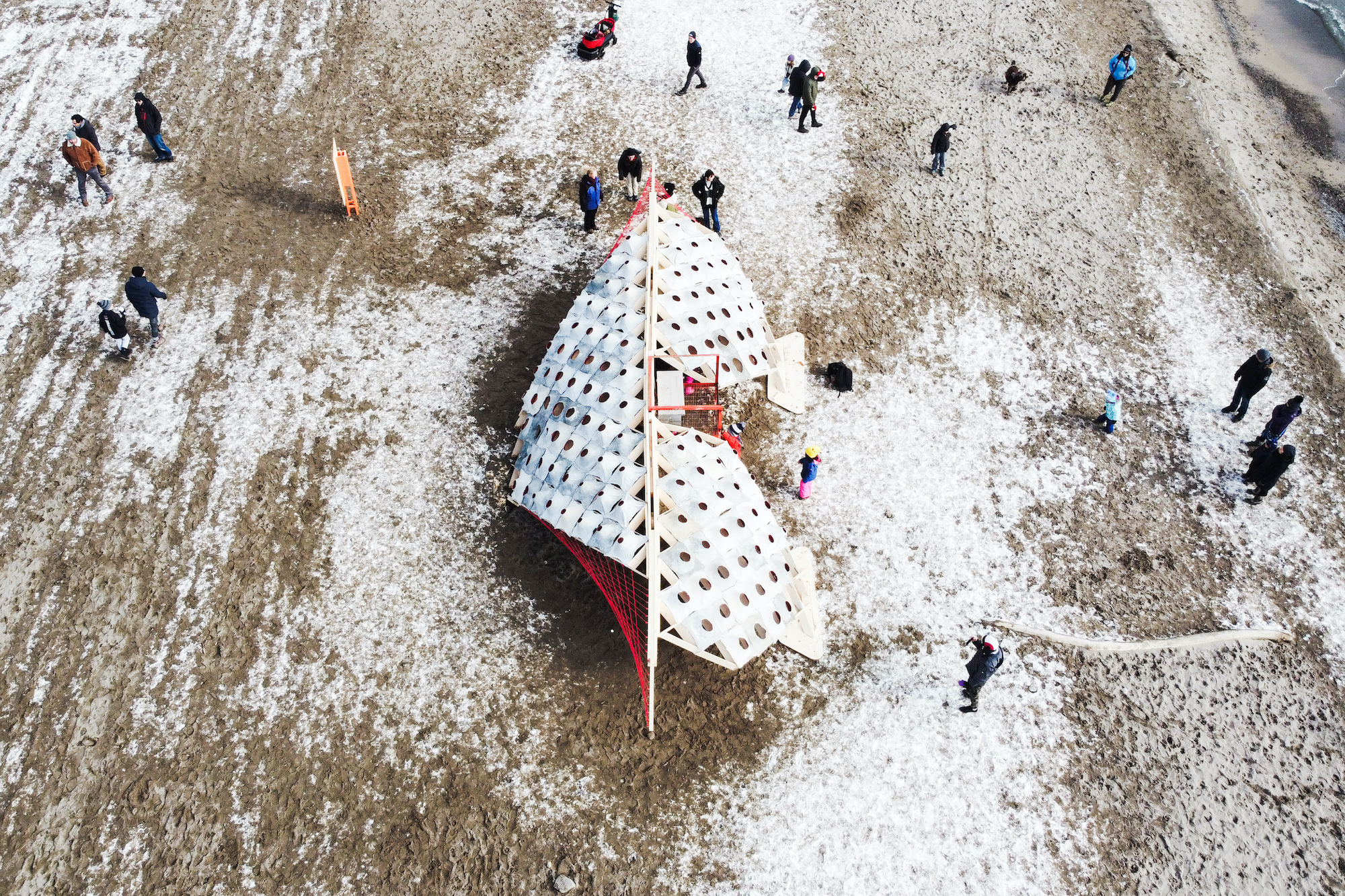 This pavilion, which looks like the progeny of a UFO and a gargantuan cheese grater, is a shelter built to withstand Woodbine’s gale-force winds and shadeless shores. The project, led by Ryerson prof Vincent Hui, is a collaboration between student designers at the school of architecture. It features a winged platform with perforated concrete panels that control the flow of wind, snowfall and rays of sunlight in the space. 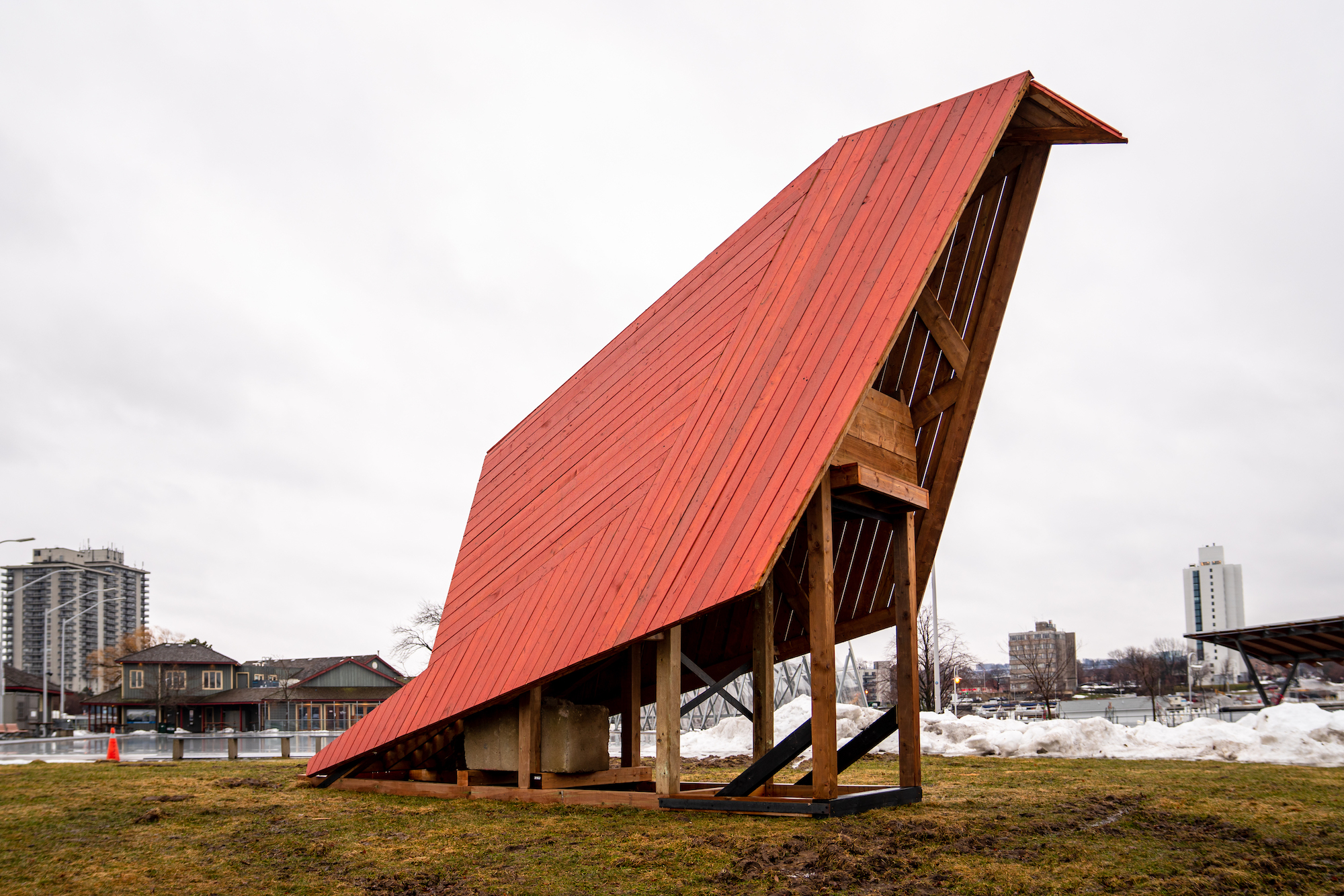 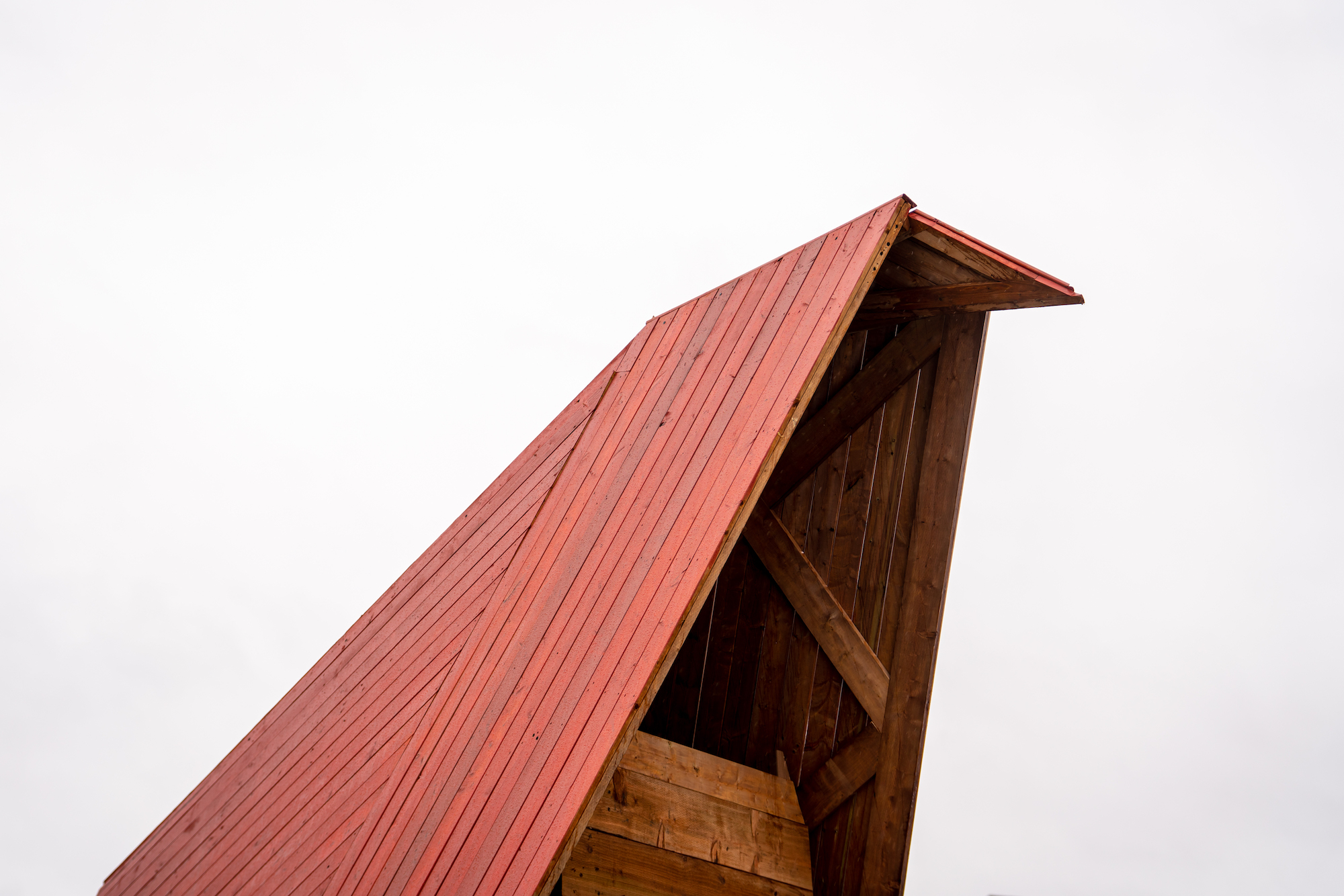 This pressure-treated wood installation, by French architect Mickael Minghetti and Canadian biologist Andres Jimenez Monge, is a monument to southern Ontario’s fauna—specifically the northern cardinal—and its ability to adapt to life in urban centres. The 25-foot tall, 5,000-pound songbird was unveiled at Pier 8 in Hamilton in mid-February and will move to Woodbine Beach in early March. 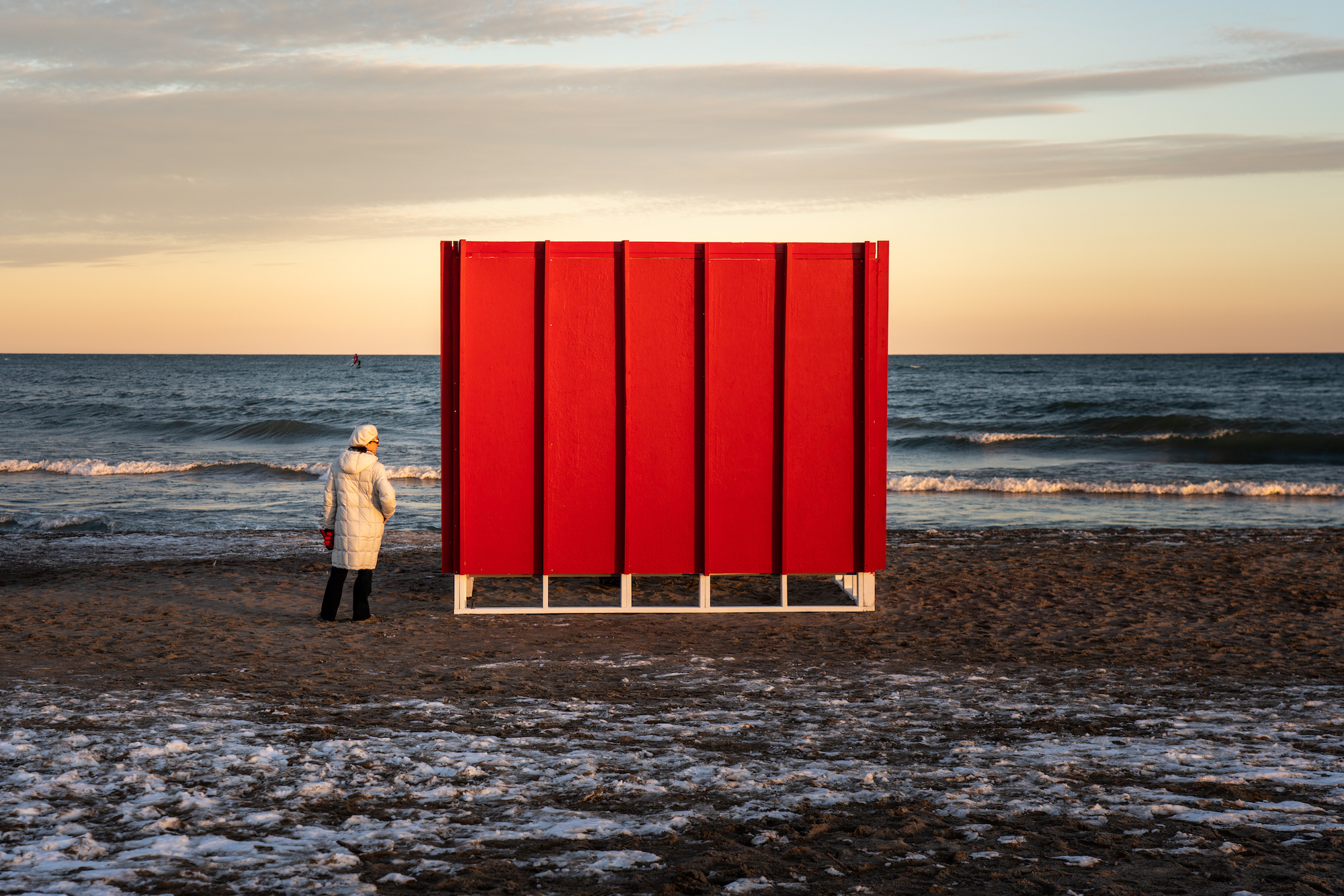 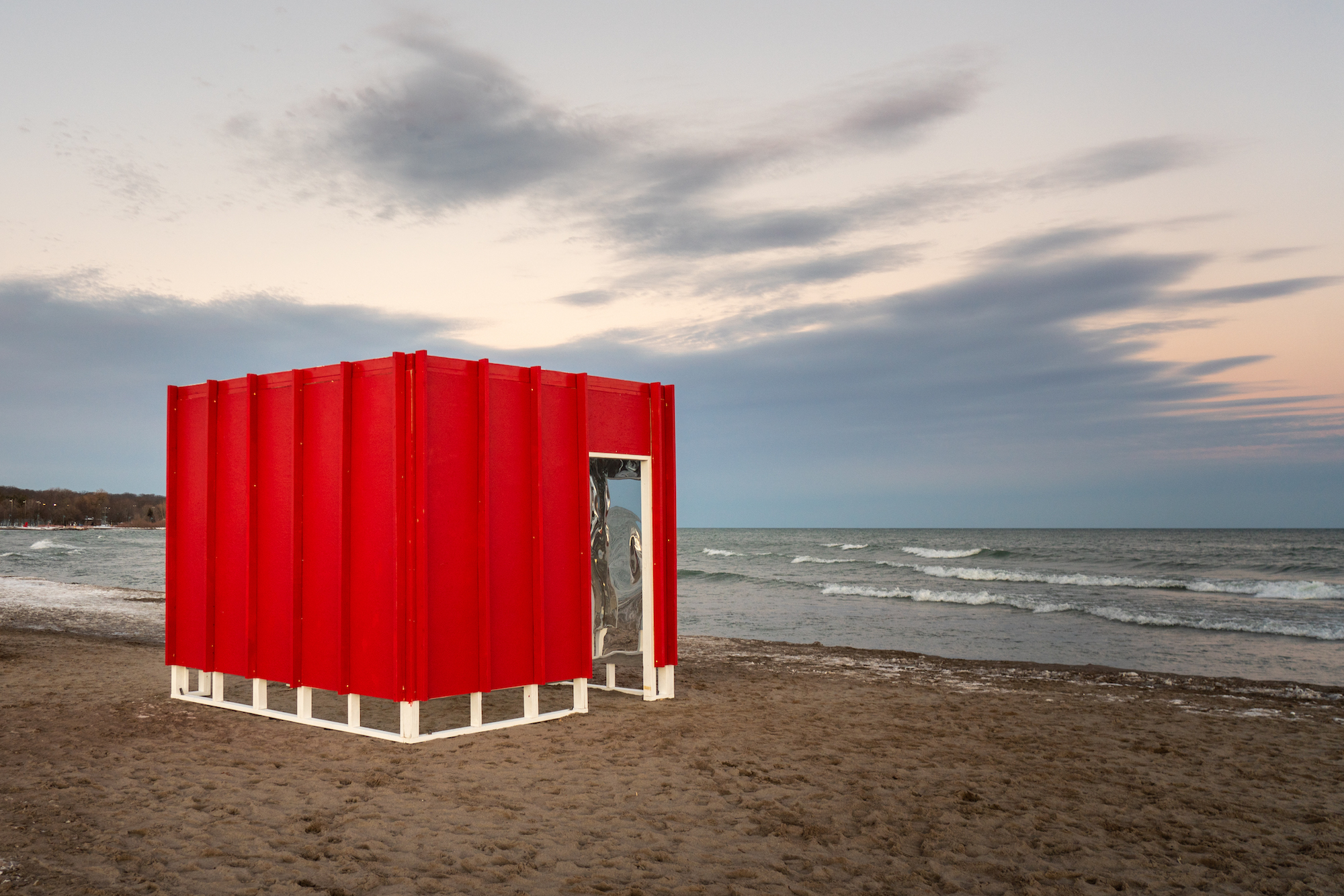 The cherry-red cube from U of T’s architecture students, headed up by professor Fiona Lim Tung, fakes out visitors with an entrance that’s really a mirror. The lifeguard station is shielded from the public at eye level, but visible through a trellis roof. It’s meant to symbolize the need for inner strength during periods of isolation. 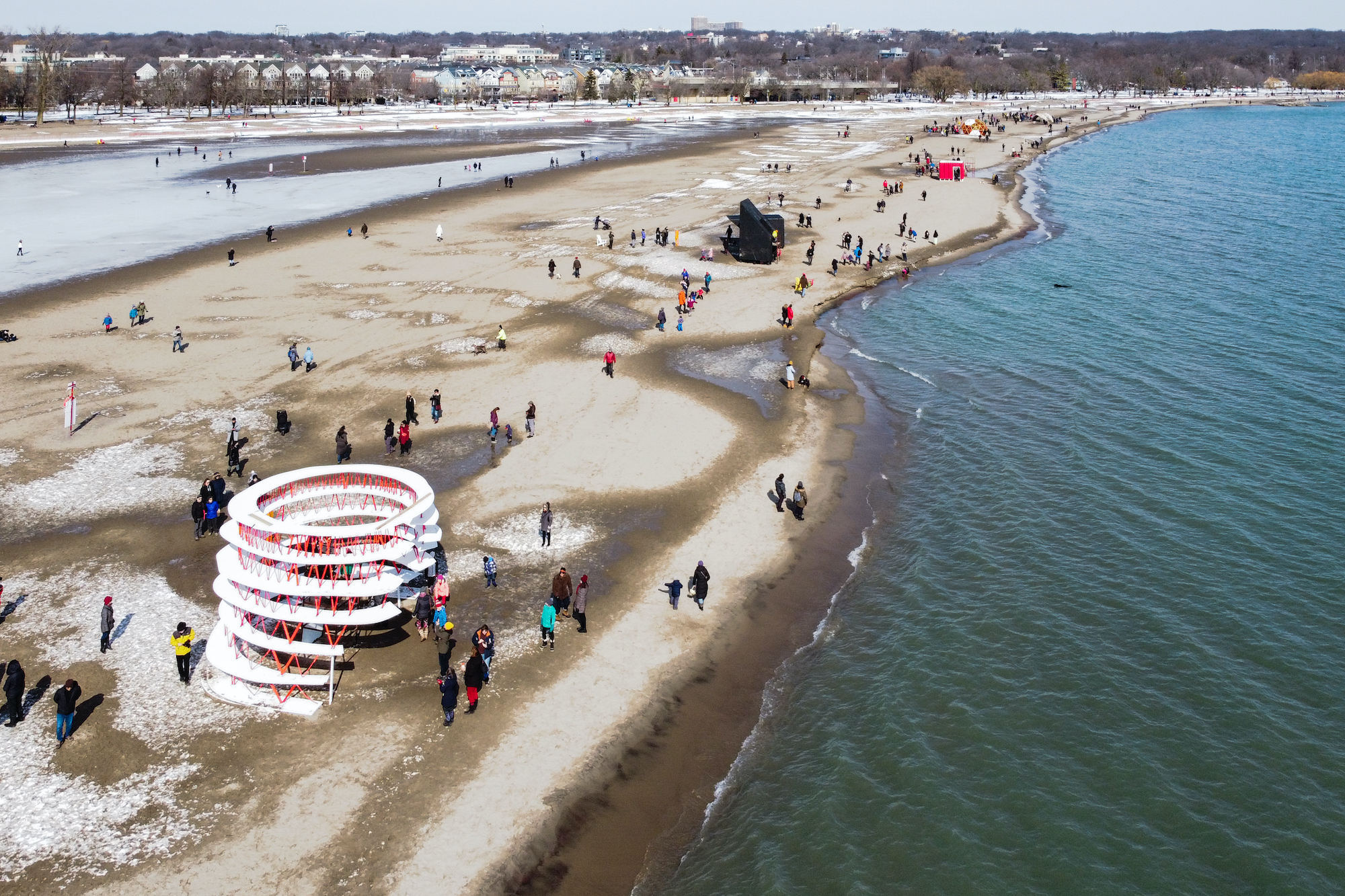 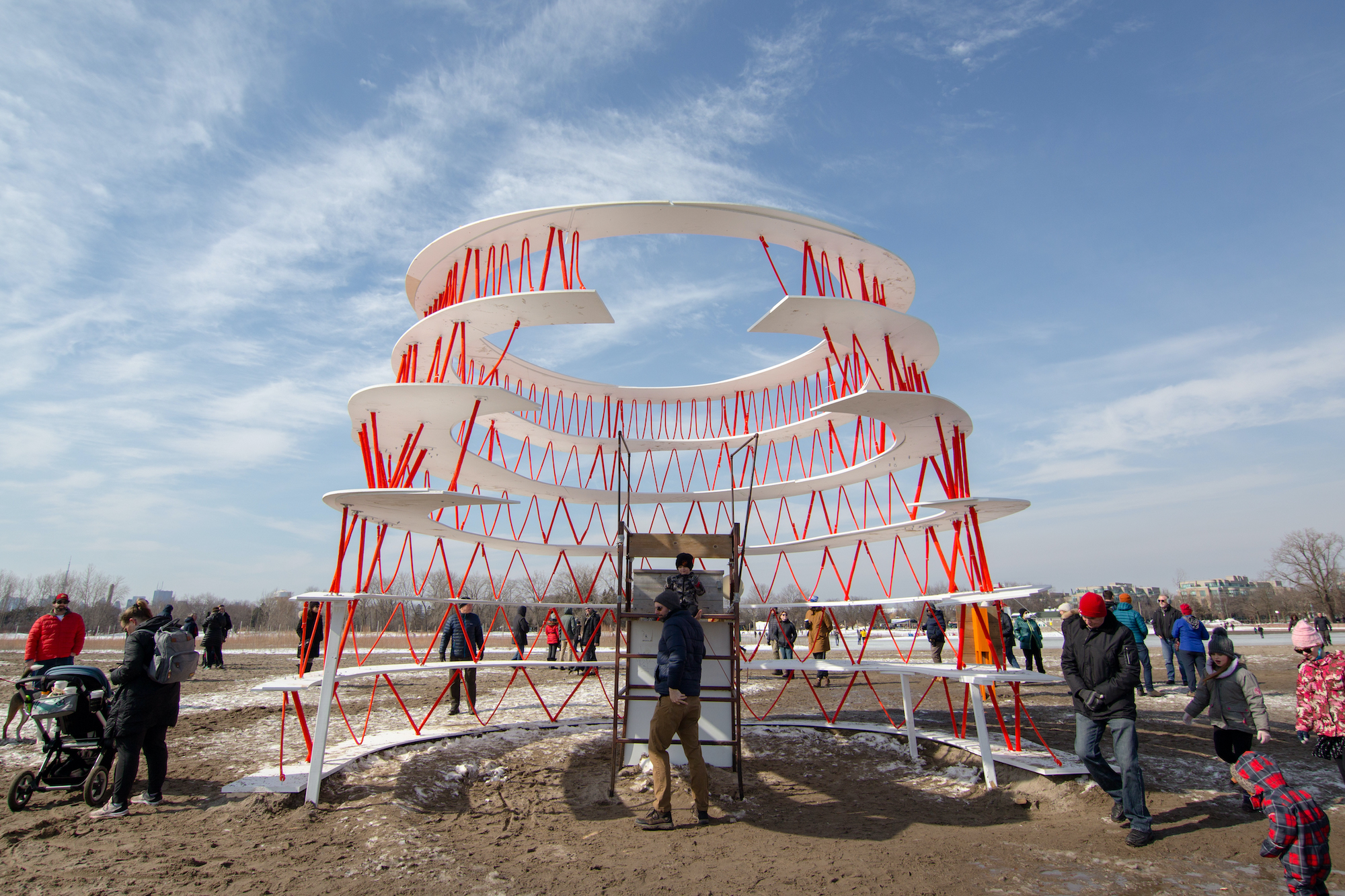 Canada’s historical embrace of settler colonialism and cultural genocide was the jumping-off point for this pavilion from the students at the University of Guelph’s school of environmental design. The piece showcases incomplete rings representing the Seven Grandfather Teachings—wisdom, love, respect, bravery, honesty, humility and truth. They’re connected by orange ropes to symbolize movement towards new relationships that honour Indigenous histories, treaties and rights.