It took the space of six garages, and spans 3,242 square feet. “It’s like a little piece of Muskoka at Leslie and Gerrard”

Who: Elaine Hamat, a retired entertainment industry executive, and Murray Cruchley, a contractor, retired actor and voice-over artist
Where: Leslie and Gerrard
What: a 3,242-square-foot, four-bedroom suite

Murray Cruchley first read about the push to allow laneway homes in 2018. He and his wife, Elaine Hamat, owned a rental property with six decrepit garages—glorified raccoon and squirrel habitats, really—that would convert perfectly and help them maximize their rental income.

By January 2020, they’d received approvals from the city and hired the architect Craig Race to design a suite. Building began just as the pandemic started and the home improvement frenzy took off, along with the mad dash to lock up contractors. Luckily, Cruchley is a contractor, so the project carried on uninterrupted.

This wasn’t your typical laneway suite: the building replaced not one but six garages, covering some 3,242 square feet. There would be four bedrooms, four full bathrooms and two powder rooms.

Cruchley and Hamat were living in a rented condo near St. Lawrence Market at the time and had no plans to leave. But as the design came to life—29 windows, a sloped roof, a gorgeous all-white kitchen—the couple realized they loved the new place and wanted to live there themselves.

There were bumps along the way. The price of lumber skyrocketed, which added $12,000 to their planned budget. And some outreach was required to reassure neighbours they weren’t erecting some architectural monstrosity.

One million dollars after they started, they moved in. The lot is surrounded by trees, so even though it’s steps away from a major thoroughfare, they have the quiet they longed for when they lived downtown. “It’s like a little piece of Muskoka at Leslie and Gerrard,” says Cruchley. And there’s a quaintness to living on a dead-end laneway, in a house that isn’t on Google Maps. We tell friends: “Look for the little lane and knock on the yellow door.”

The living room and dining room are upstairs to take advantage of the natural light: 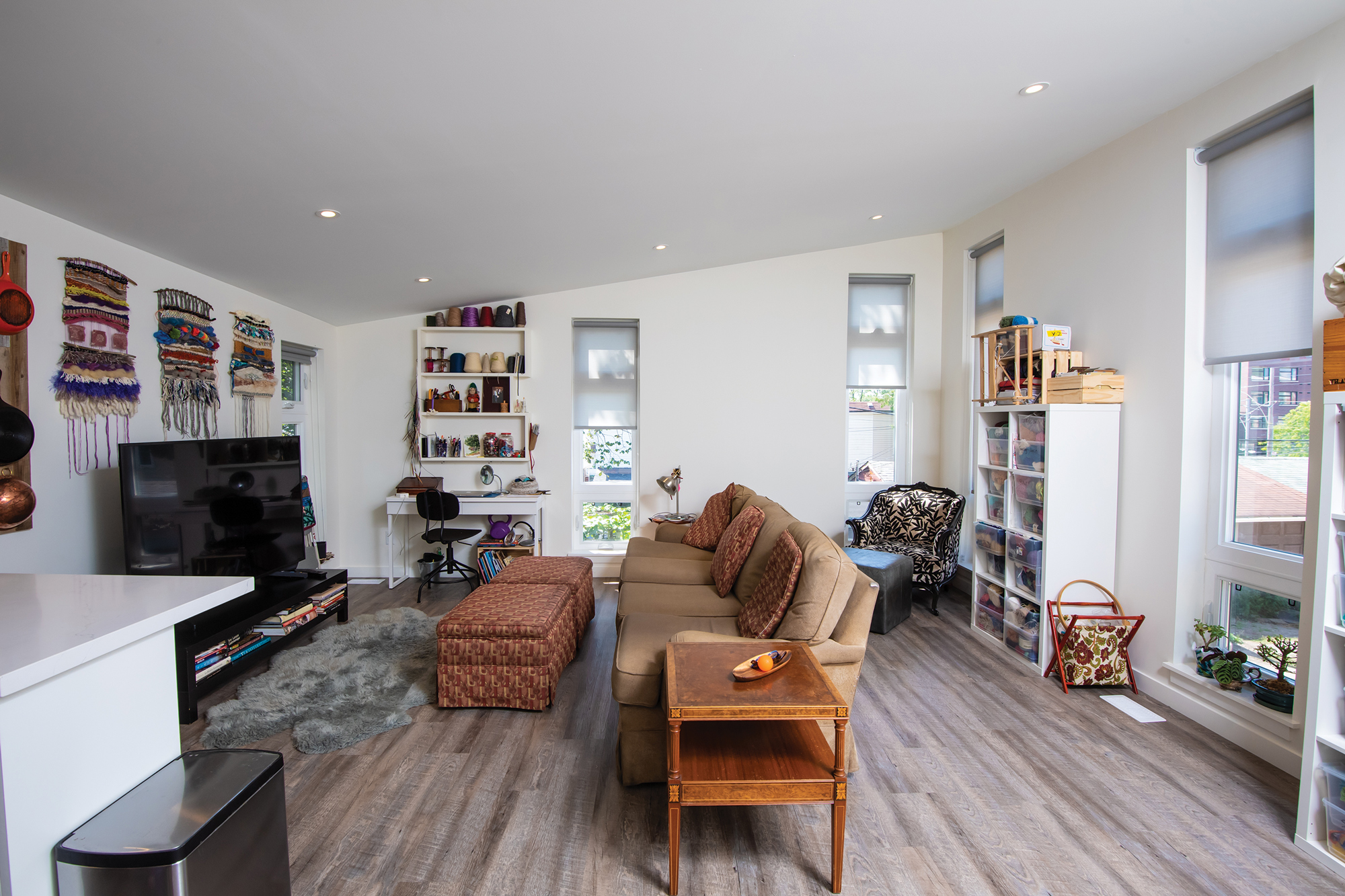 Skylights beam sunshine into otherwise dark areas, like this stairwell: 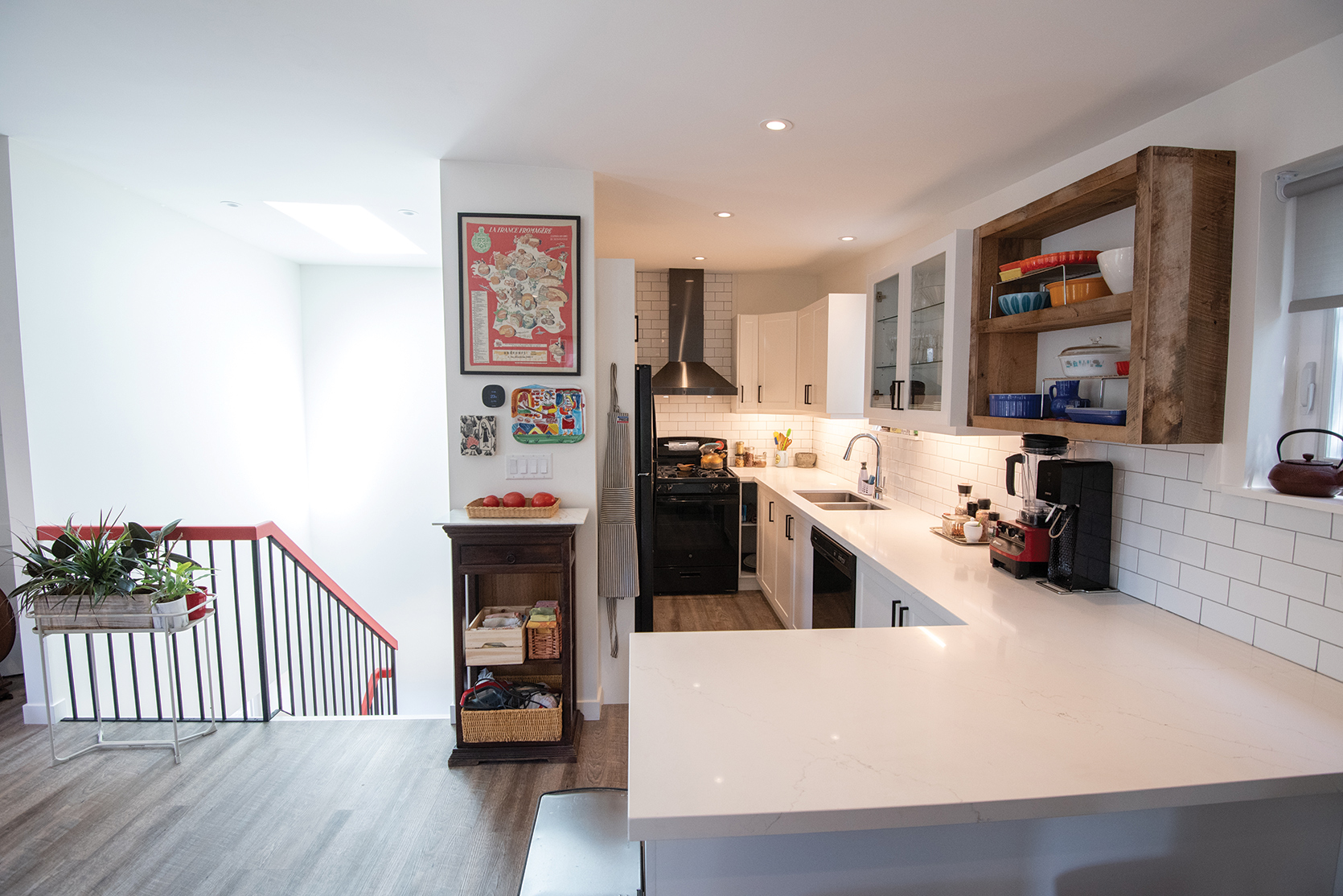