The grandparents live in the main house, the kids and grandkids live above the garage, and the Sunday feasts are epic

Nuno Ferreira grew up in a house near Trinity Bellwoods Park with his parents, his brother, his grandparents and two aunts. The family had immigrated from the Azores, and they held on to many of their traditions.

“Every Sunday,” he says, “Grandma would wake up early and cook us a feast.” There’d be seafood rice or grilled sardines or porco à alentejana, and custard tarts for dessert. In spring, the family would make their own chorizo sausages on a smoker his grandfather had built from cinderblocks. Even when his parents, Fatima and Luis, moved into their own house in 2000, they were still near his grandparents.

In 2010, Ferreira moved into an apartment with his girlfriend, Joana Quiterio, a financial coordinator at an orthodontics office. They married, and in 2017 she became pregnant with their daughter, Mila. Around the same time, they wondered about moving to the same property as his parents. “We thought about how good it would be,” says Ferreira, “to give our kids the kind of childhood I had.”

As it happens, Ferreira’s parents owned a unique property. The main house was zoned as a residential unit, but the garage space out back—the site of a former abattoir—was zoned as commercial. Normally, laneway homes can’t be more than two storeys high; however, because the garage was technically on a separate lot with commercial zoning, Ferreira suspected that such restrictions didn’t apply. In 2017, he commissioned Tom Knezic, a principal at the firm Solares Architecture, to come up with a plan. After a round of gruelling negotiations with the city, Knezic got permission to design both a second and third floor atop the garage to house Ferreira and Quiterio and their growing family: after Mila was born, their son, Malcolm, followed—two years to the day later.

They moved into their new home in March of 2021. Ferreira’s mom now prepares the Sunday feasts, and the family has revived the old chorizo-making tradition, albeit with an upgraded smoker. “It’s an all-day event,” says Ferreira.

The move has been everything they hoped for. “Whenever my daughter wants to go see her grandparents, she can just go downstairs,” says Quiterio. “They hang out every day. They have a good relationship, like me and my parents. Basically, my kids don’t know that we have separate houses. They think they belong to both houses. We wouldn’t have it any other way.”

Because the living space starts above the first-storey garage, the upstairs view is uninterrupted—it’s higher than every other house in the neighbourhood: 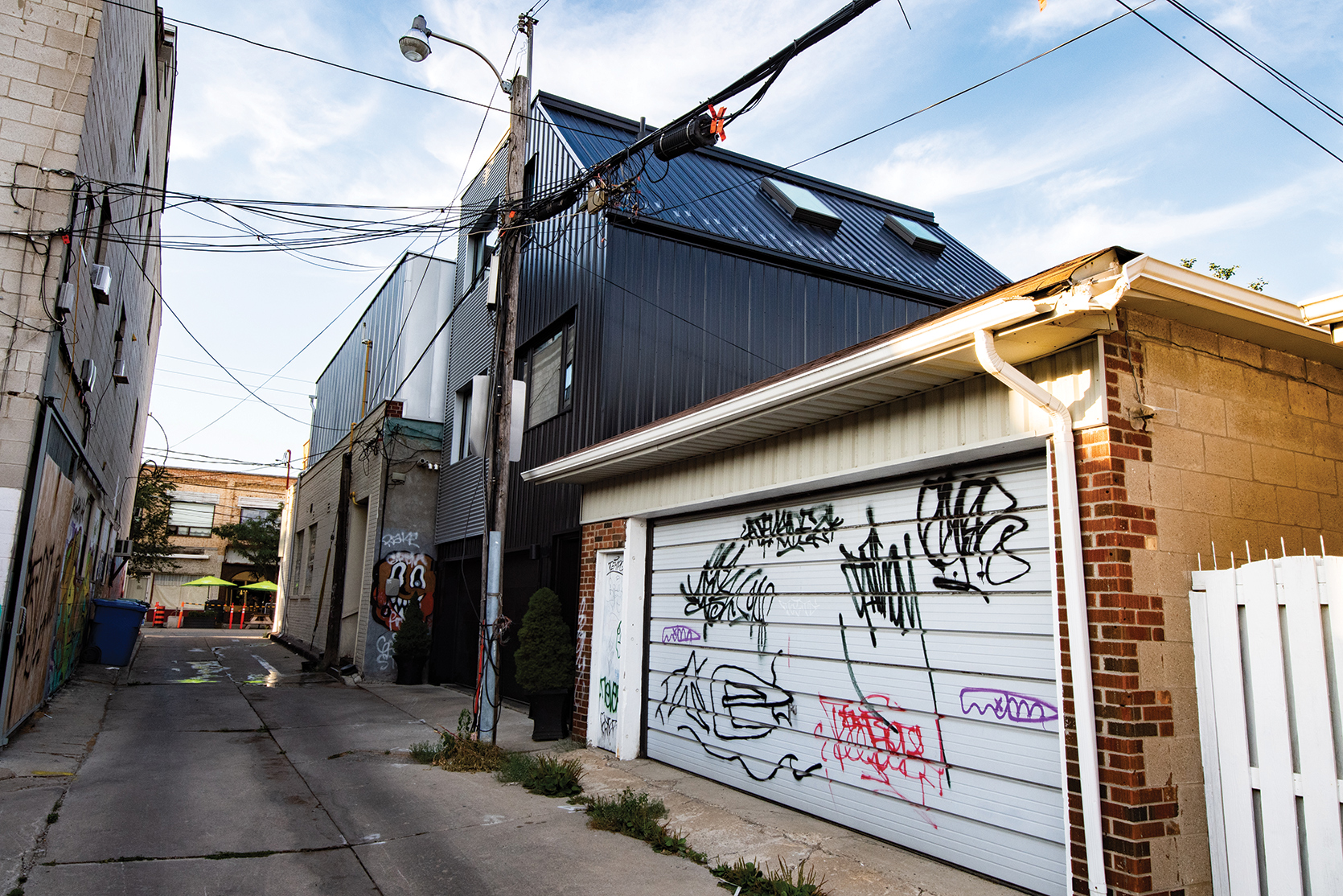 The suite is super insulated. The couple also ran pipes to the roof in case they decide to install solar panels: 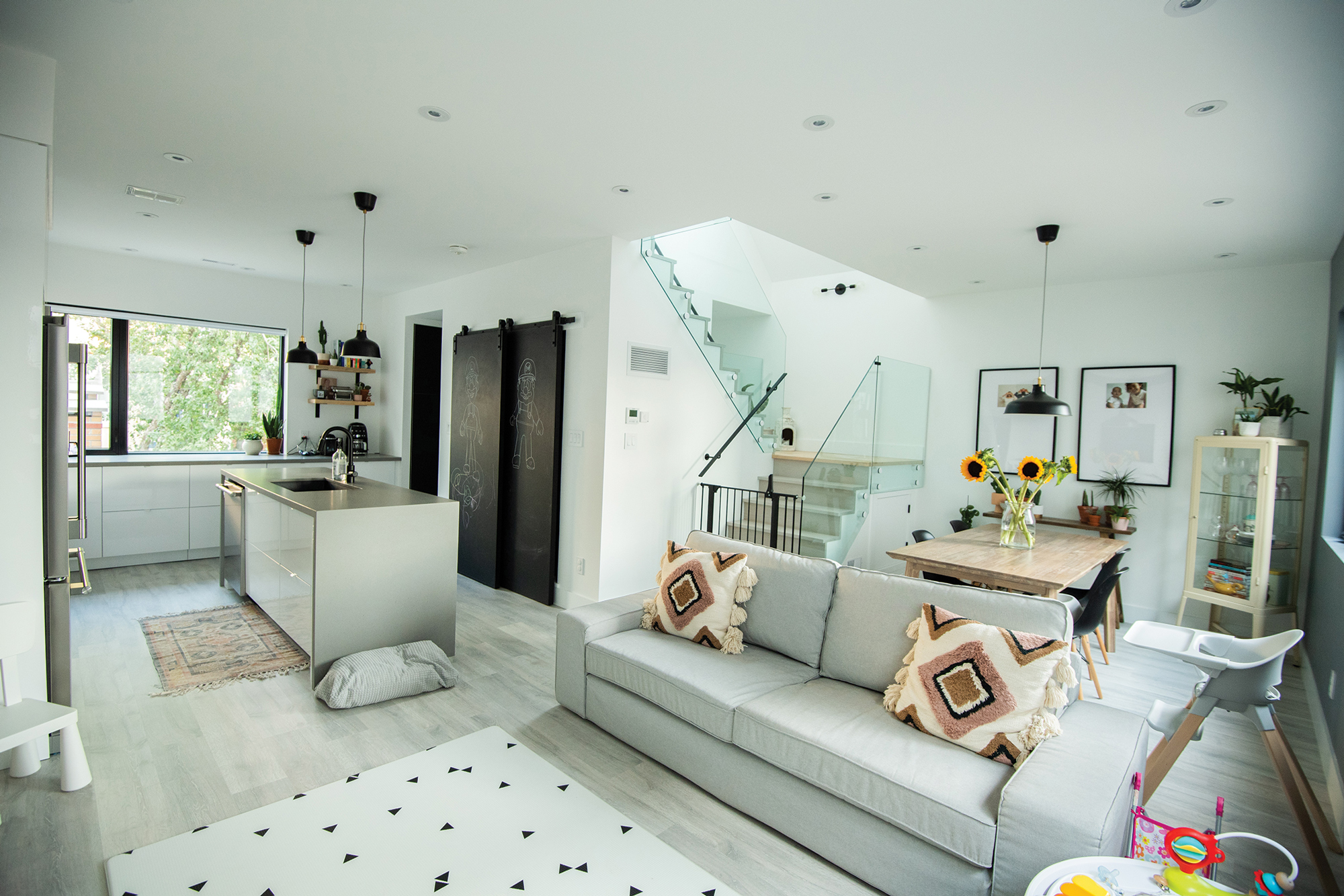 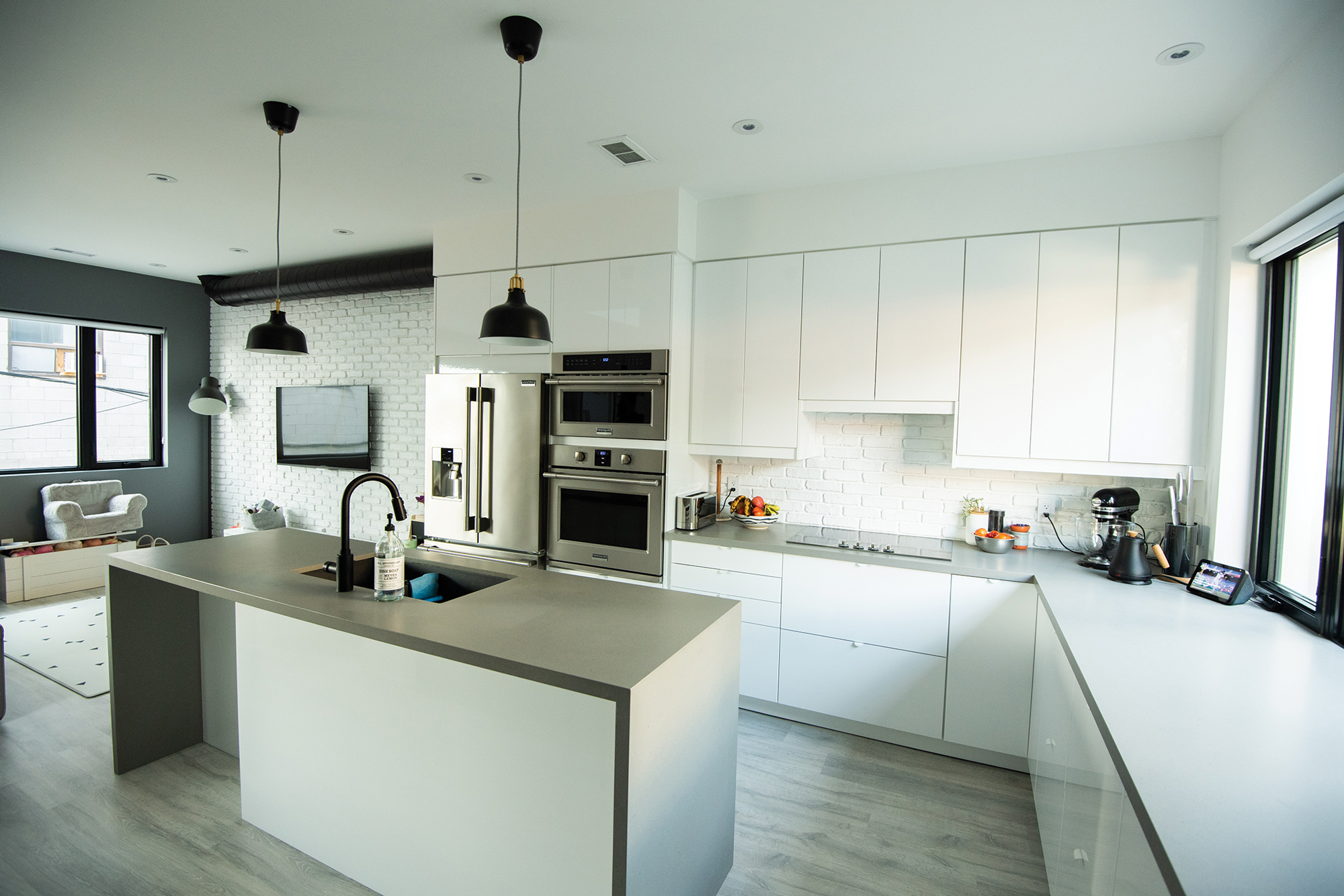 Two skylights bring sun into both the main and upper floors of the home. They look out over the tree canopy, across Little Portugal, and all the way to Liberty Village and the lake: 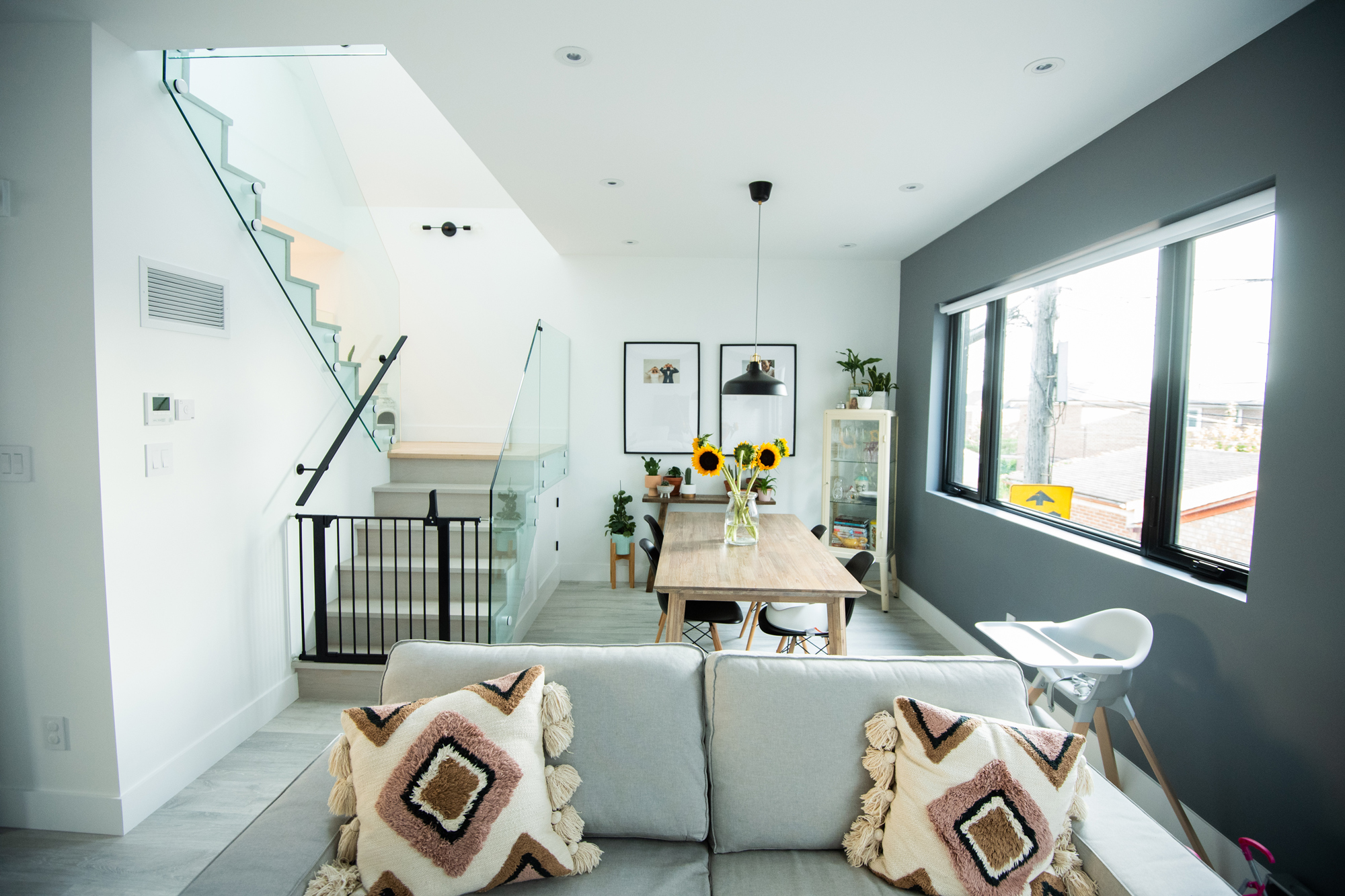 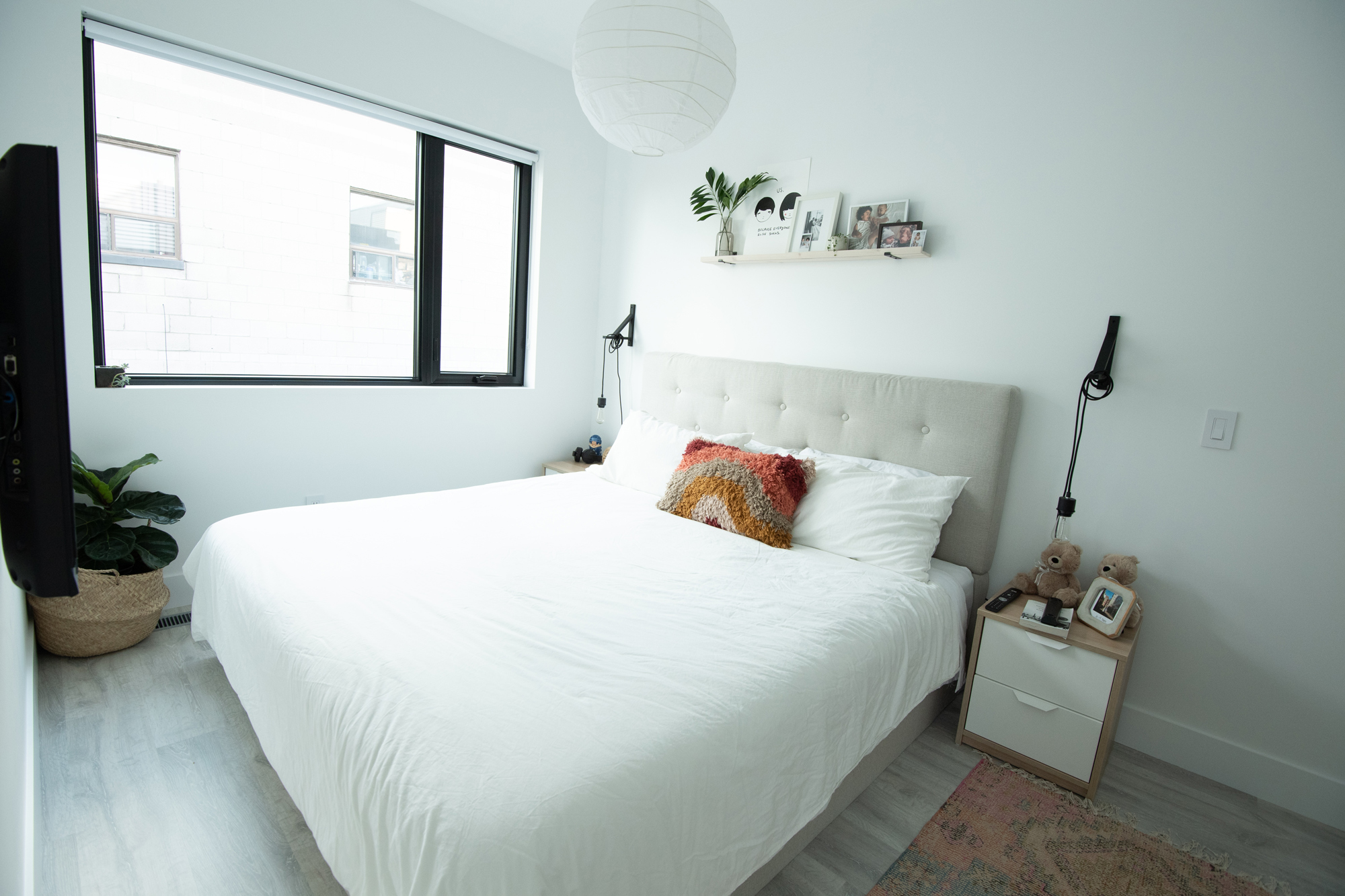 This is Malcolm’s room: 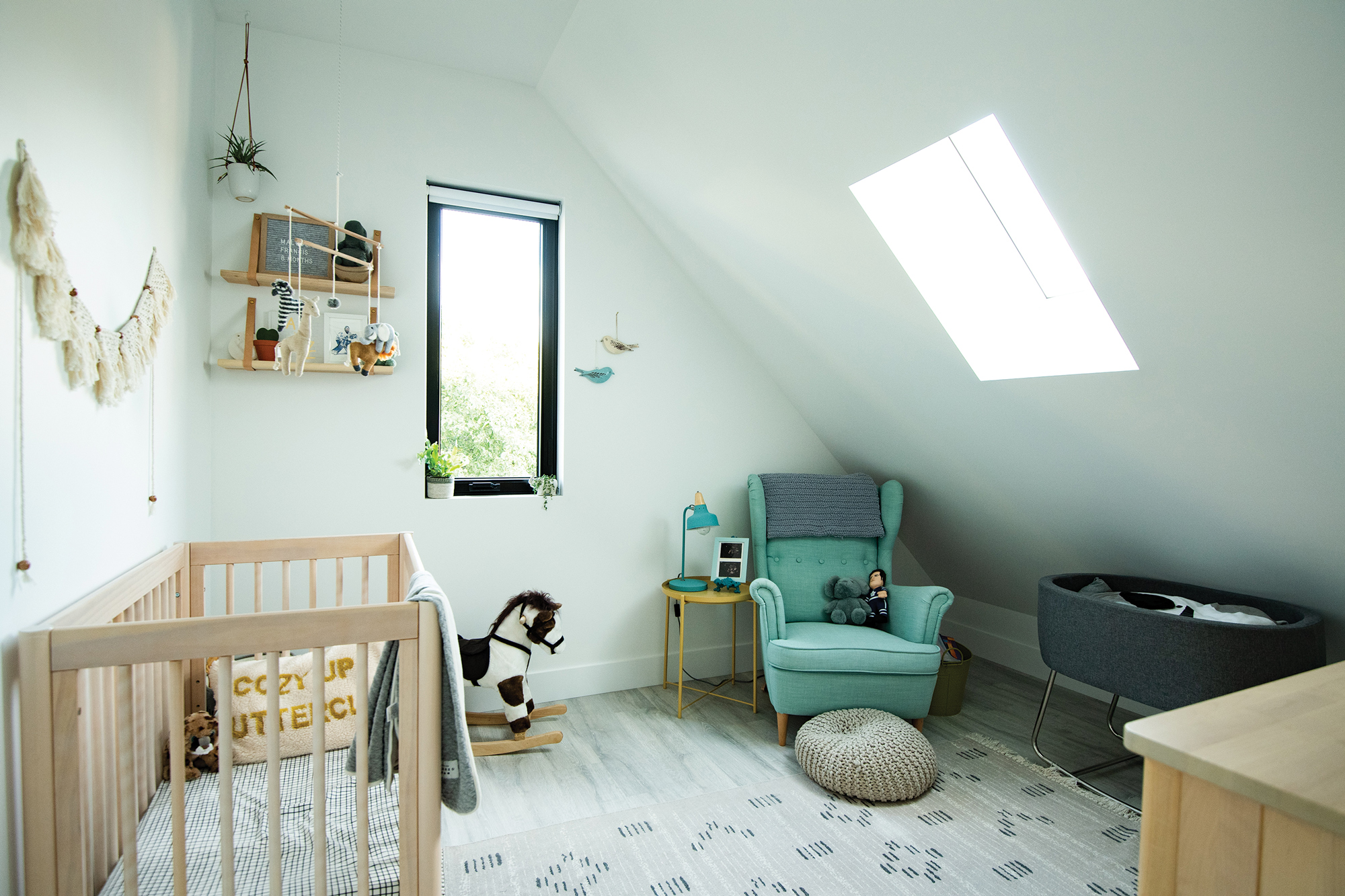 And this is Mila’s: 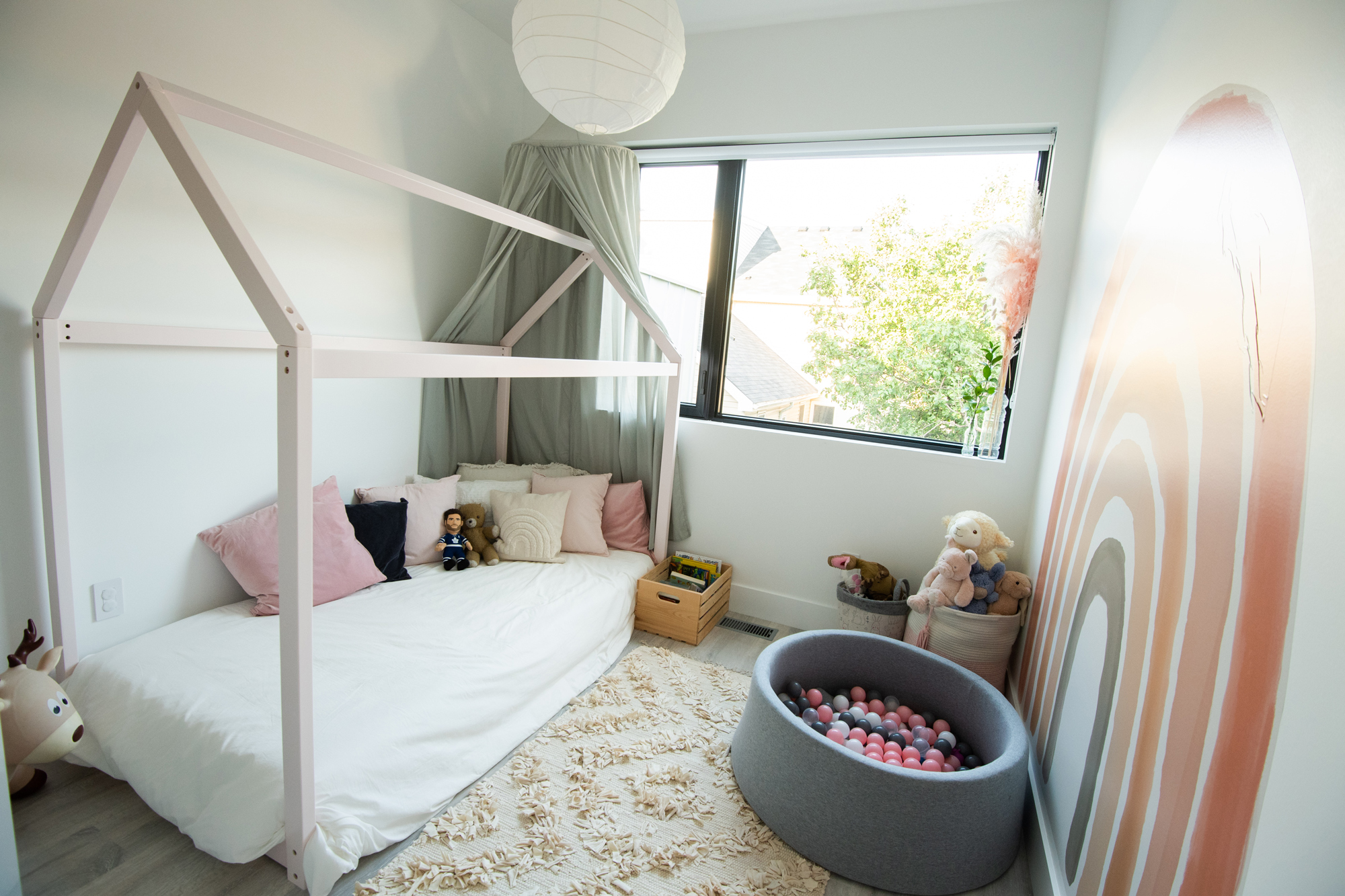 The custom-made meat smoker is also equipped with a barbecue and pizza oven. “It gets super hot—like 800 degrees,” says Ferreira. “The pizzas cook in 90 seconds”: 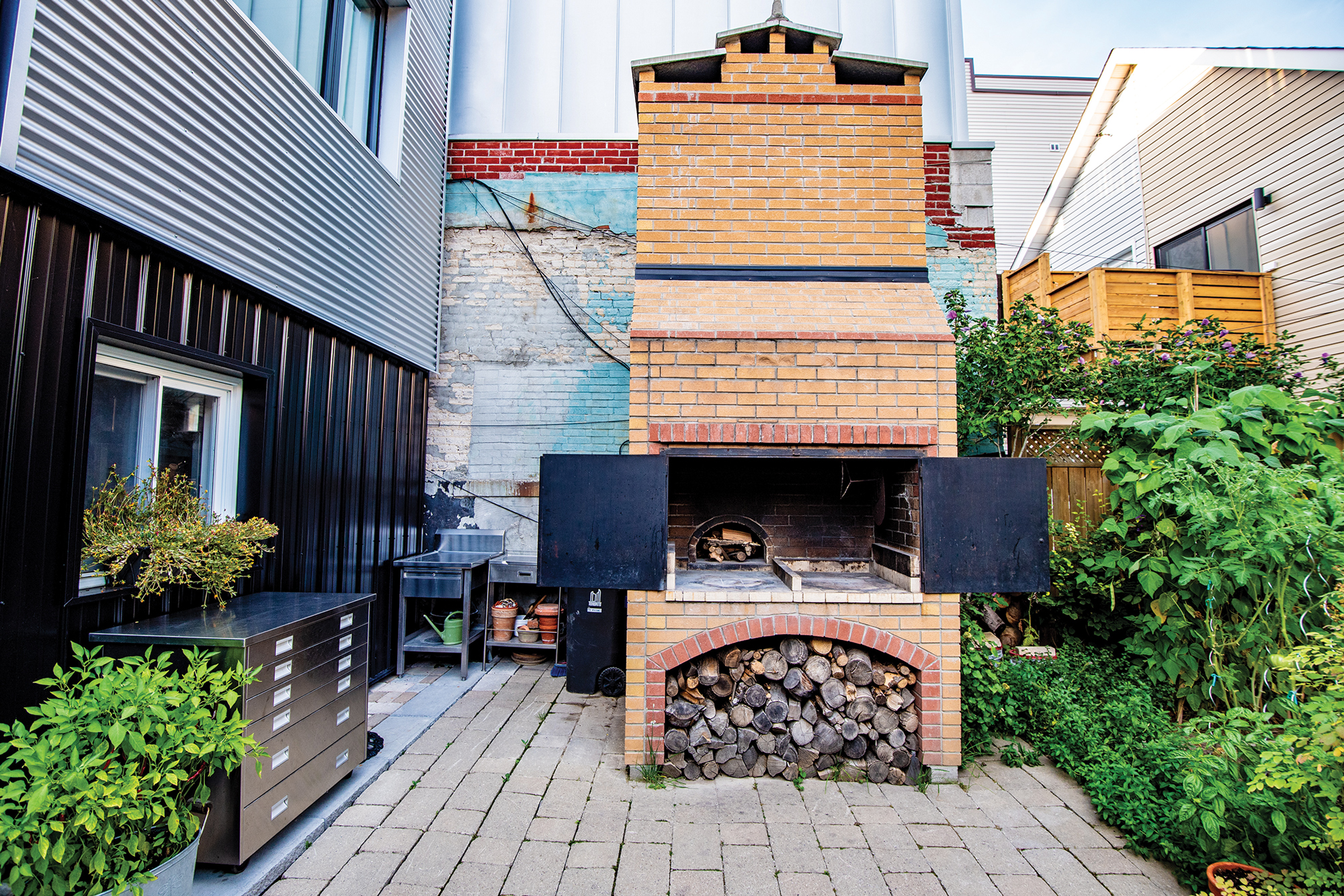