Chris Borson built the apartment above his garage for $350,000, as part of the city’s Affordable Laneway Suites Program

Who: Chris Borson, owner of a collision repair shop
Where: Earlscourt
What: a 550-square-foot two-bedroom laneway suite

Chris Borson was born and raised in a semi on Old Weston Road. In 1995, he and his wife bought the adjoining semi, right next to where his father still lives today. Almost two decades later, the couple, now with two daughters, decided to upsize, but instead of selling, they rented out the three-bedroom place for $2,000 a month.

When the City of Toronto amended its bylaws to allow residential laneway housing, Borson figured a suite above his old garage might be a good way to increase the size and value of his rental property. He got in touch with the city and was thrilled to learn that not only was his property eligible, but that the city was running an Affordable Laneway Suites Program, which provides a forgivable loan of up to $50,000, as long as the suite’s rental price doesn’t exceed the city’s average market rent for 15 years.

It made all kinds of sense. He would be allowed to rent the suite for a maximum of $1,661—instead of perhaps $1,900 a month at market rate—but he could use the $50,000 up front to take the sting out of construction costs.

In March of 2021, Borson had his approvals and was off and running. He enlisted the construction company the Chosen Group for the project. The first order of business was knocking down his flimsy garage. The builders anticipated that construction costs would reach $250,000, but the soaring price of lumber brought the final tally to nearly $350,000.

“Covid definitely threw a bit of a wrench into our spokes,” Borson says. “The quotes we had for lumber went up almost 30 per cent. But we were already waist deep in it, so at that point stopping wasn’t really an option.” 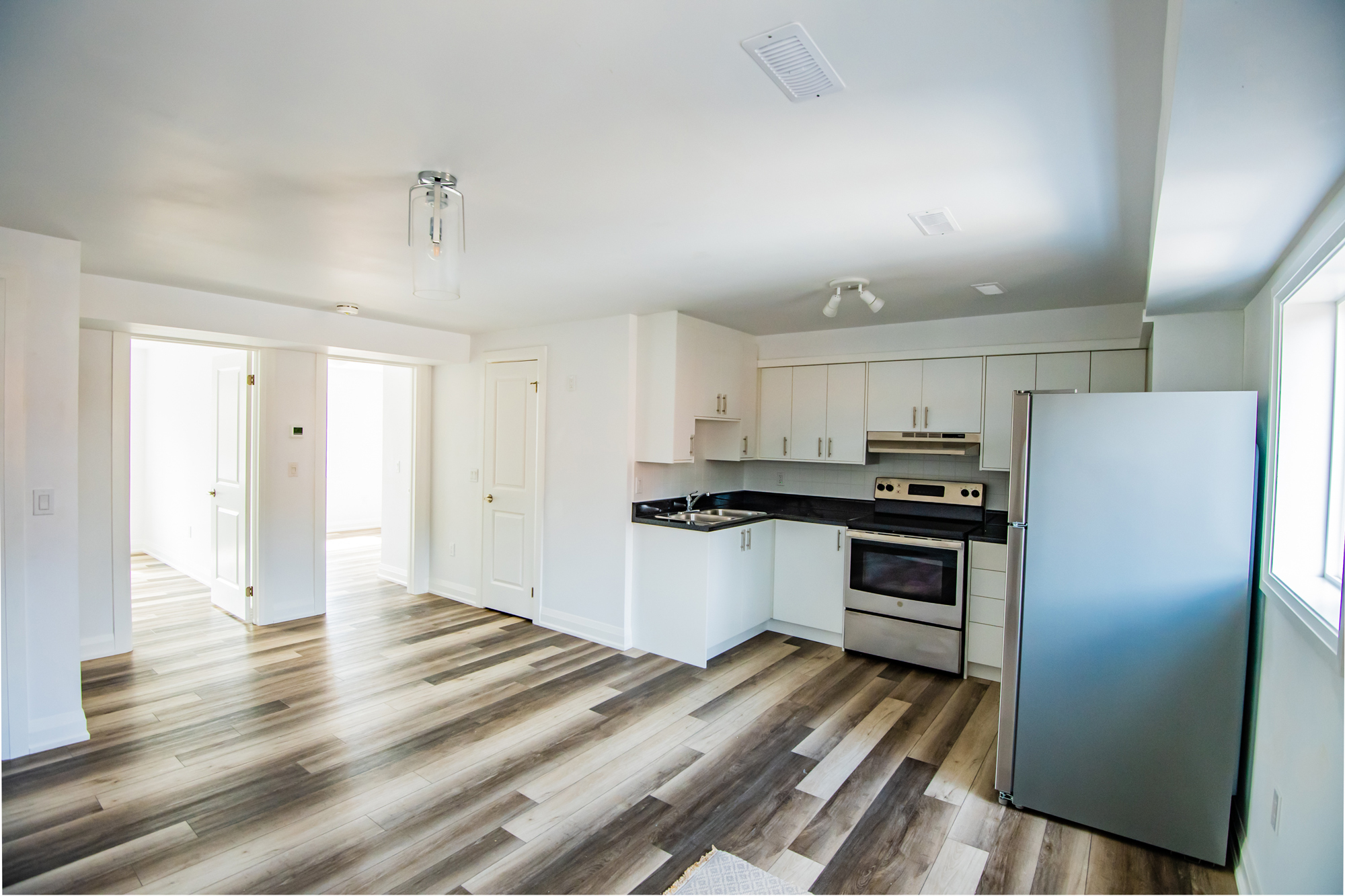 The suite is now finished. It’s a two-bedroom, 550-square-foot unit with an open-concept kitchen, full-size appliances and a small furnace room that doubles as a supply closet. The suites have a modern design, with grey vinyl flooring and some thoughtful features like soft-close drawers and doors. Borson’s project has elicited so much attention from friends and colleagues that he doesn’t think he’ll need the services of a real estate agent to find tenants. Neighbours walking by have already inquired about the rental price and availability date—but they’re too late. A tenant has already signed.