“I wear niqab as an act of defiance”: five women on being Muslim in Canada

“I wear niqab as an act of defiance”: five women on being Muslim in Canada

Last fall, Alia Youssef was sitting in a Women in Islam class at Ryerson University, when a speaker said that the media paints all Muslim women with one brushstroke. Youssef, who’s been taking photos since she was 14, had an immediate thought: Why don’t I do something to change that?

By December, Youssef had started The Sisters Project, an ongoing series of more than 35 portraits of Canadian Muslim women with one goal: to subvert the portrayal of Muslim women as voiceless victims of their religion.

“When you search ‘Muslim woman’ on Google, you find a lot of women in black niqabs, usually really sad-looking,” says Youssef, who graduated from Ryerson’s photography program this year. “I wanted to take real portraits of women that were authentic and more accurately represented what I knew Muslim women to be like. And I realized that, by doing that, I was welcoming people in who weren’t used to the culture and the religion.” Here, five portraits and stories from the project. 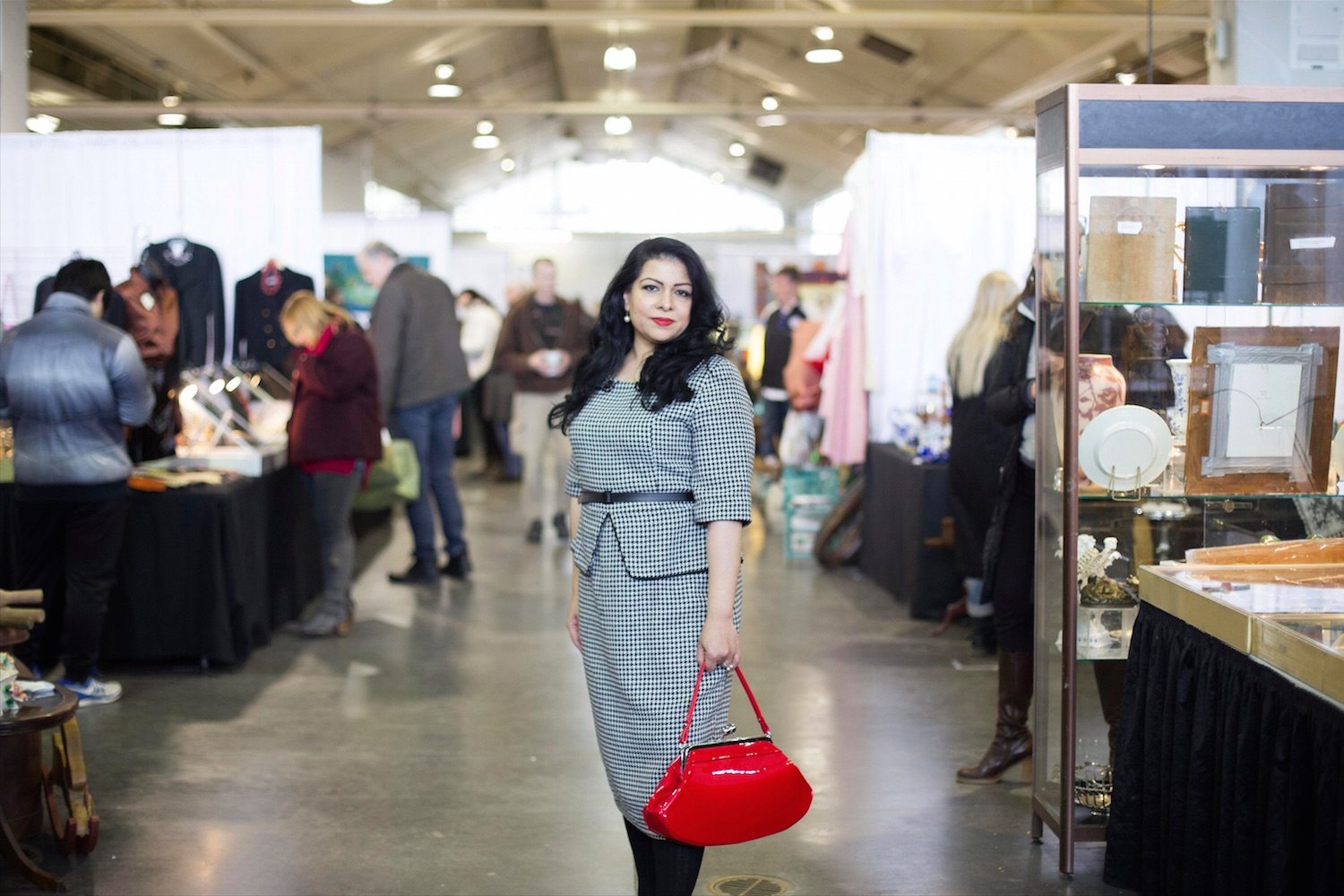 Sociology professor at Wilfrid Laurier University, with a focus on Muslims, post-colonialism and anti-racist education

“A lot of Muslims try to go out of their way not to be seen as the terrorist or the stereotype, and I just don’t want to have to do any of that. I don’t want to perform being the ‘good Muslim.’ I just want to be able to be who I am. The predominant tropes and stereotypes of Muslim women are that they’re always victims of the patriarchy and the community, or that they don’t have agency or voice. Do I believe them? No. They have very little to do with actual Muslim women and a whole lot to do with various agendas.” 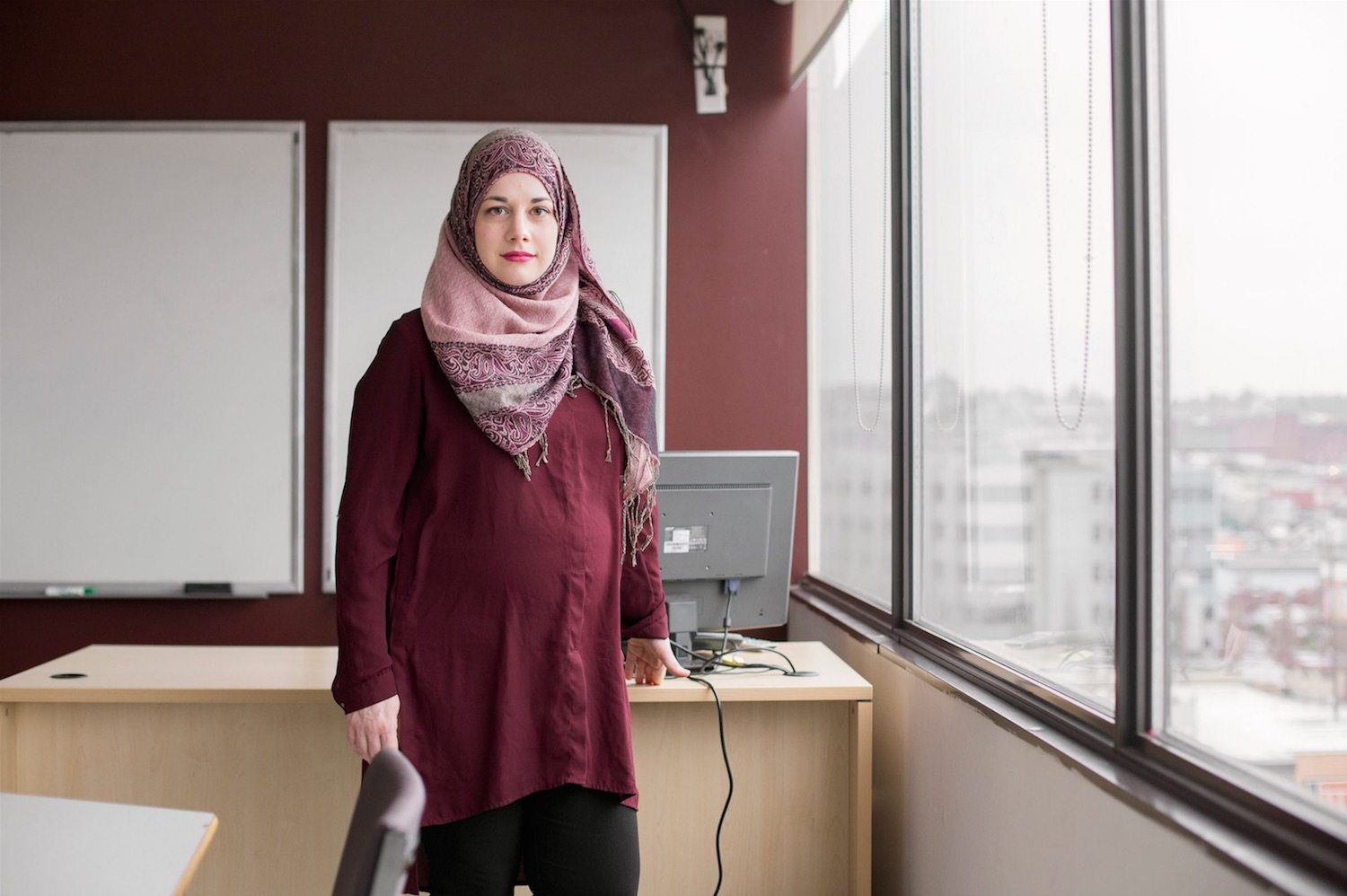 “Muslim women have professional roles and responsibilities in society. We are not silent and unapproachable. I teach adult students from all different cultural, religious and ethnic backgrounds. My religion does not isolate me. People think that I don’t speak English, or that I come from another country or am of Arab descent. I’ve learned a lot about Middle Eastern culture and the Arabic language, but I also have a lot of Canadian habits and personality traits that make me different from others in the faith community.” 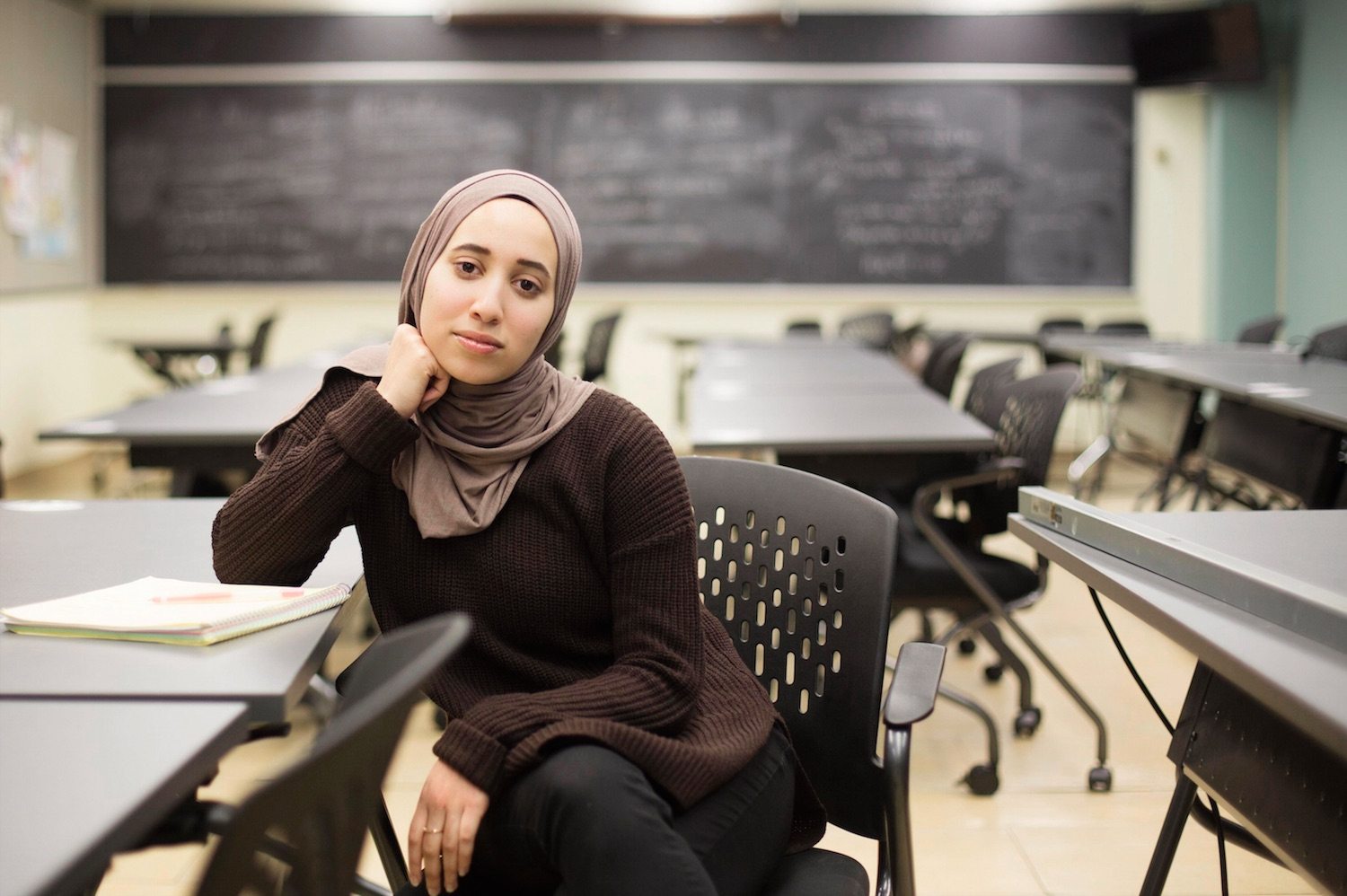 “The biggest stereotype is that we’re all the same oppressed or limited type of person just because of a God we choose to believe in. Even Muslims will sometimes stereotype a Muslim hijabi as being perfect. And while it’s not a negative stereotype, it’s a burden to always have someone expect so much of you. I’m human and I make a lot of mistakes. Wearing a hijab is my attempt at trying to be a better Muslim, but it doesn’t mean I’m perfect.” 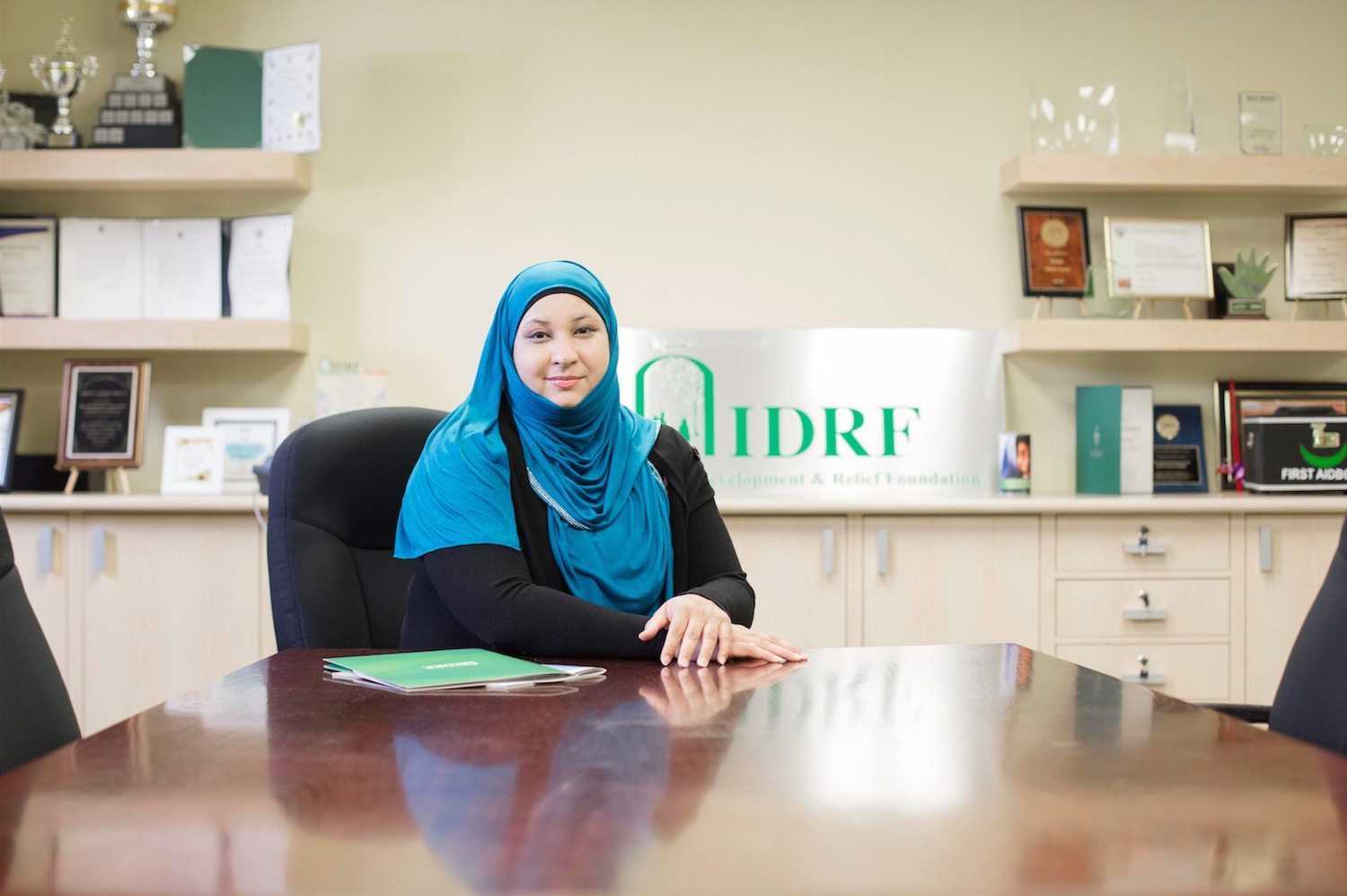 Director of fund development and external affairs at the International Development and Relief Foundation, author of two books and 2015 MP candidate in Mississauga

“Persistence is what has allowed me to get to where I am today. Life hasn’t been easy, but no matter what I’ve had to deal with, I believe taking a step forward is the only option we have. What’s most important to me is my faith and connection to Allah, God or the Great Spirit. My life is committed to being of service and to supporting the most vulnerable people of the world. My goal each day is to be good and to do good.” 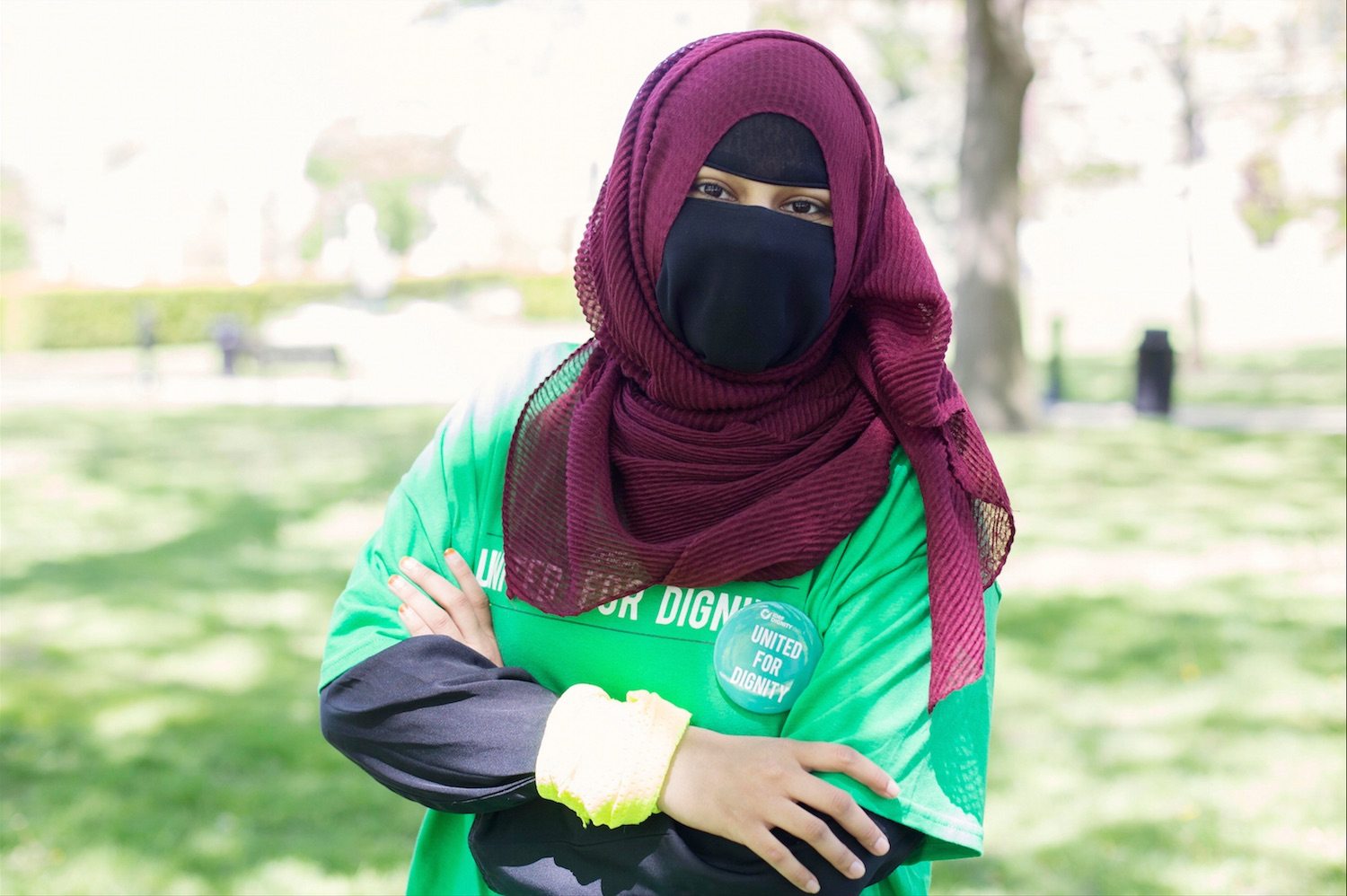 “I wear niqab as an act of defiance. The patriarchy keeps telling me what to wear because somehow they know what it means to be liberated from Taliban-like oppression. But at the end of the day, being a Muslim, a woman of colour, a Canadian immigrant and a feminist to top it all off, it doesn’t matter if I free the nipple or if I don’t wear niqab. My body will be policed and my choices scrutinized.”