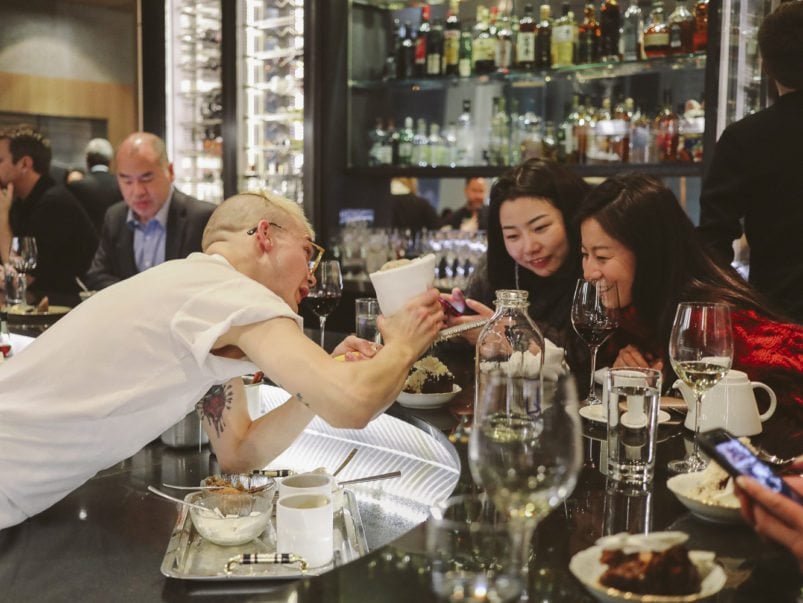 When Daishō and Shōtō closed last month to make way for a yet-to-be announced new concept, people were left wondering where they would get their Momofuku fix in the meantime. (Apart from Noodle Bar, which remains open.) Well, wonder no more: David Chang’s restaurant group has partnered with Saks Food Hall by Pusateri’s for a temporary collaborative pop-up at the latter’s Champagne Bar. Executive chef Paula Navarrete’s menu has a selection of fan favourites, like the popular pork buns and rice cakes, but also new items, including bing (griddled Chinese flat bread served with dips and spreads), which debuted at Momofuku’s new L.A. restaurant, Majordomo. There are a few signature Momofuku cocktails available at the bar, too, like the Nuts n’ Bolts, a bourbon, hazelnut and lemon number.

Here’s a look at what you can expect, including a few dishes Pusateri’s has launched for their part of the collaboration.