Hearty snacks and mains to soak up all the beer: Welsh rarebit, pork schnitzel, beer-brined fried chicken and the Alpine Board, a tray loaded with a little bit of everything (house-made sausages, schnitzel, brisket, potatoes two-ways, rarebit, Brussels sprouts and slaw). Weekends mean big brunches of egg-based dishes, like rosti breakfast pie. The name of the bar is an homage to The Alps, a family-run diner once at the same address that Kennie grew up going to with his grandparents (apparently the coconut cream pie was killer).

Twenty-six taps (and one cask) devoted to a rotating selection of craft beer, including two flagship brews (a hefeweizen and a dunkelweizen) made specifically for the bar by neighbouring People’s Pint Brewing. There’s wine, too, and a short list of cocktails that includes some interesting concoctions, like the Little Malta, a mix of Fireshine (Stratford-made moonshine steeped with cinnamon tea), vodka and apple cider.

All vestiges of the location’s previous occupant, Celts, a dank dive bar decorated with dirty carpeting and darkness, have been erased. Designed by Sarah Townson, the main-level bar and dining room is decked out in interesting woodwork, leather banquettes and a mural by a local tattoo artist, while the lower-level space (which once bore the pleasant moniker of the Devil’s Cellar) will be used for private events and a series of beer dinners. 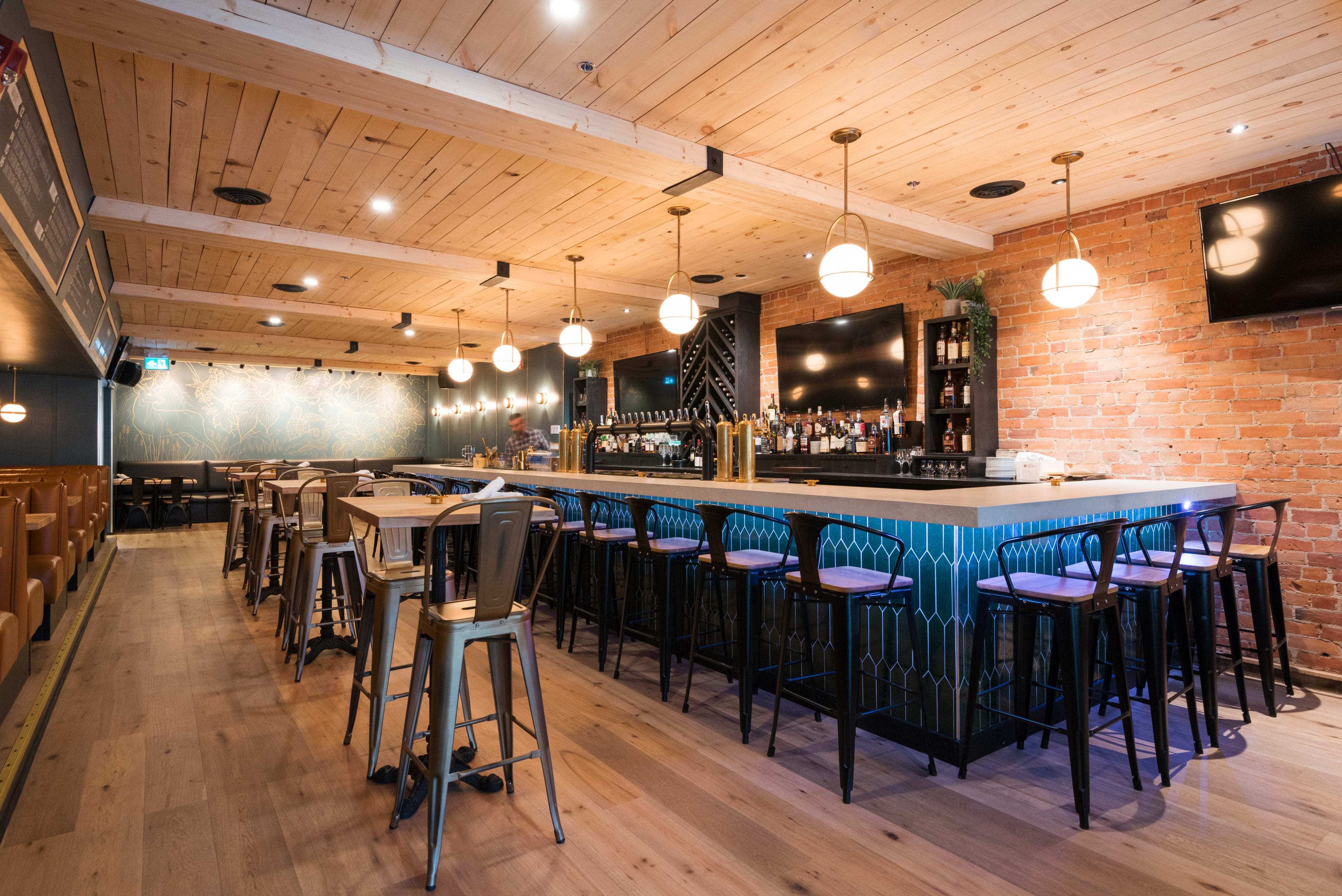 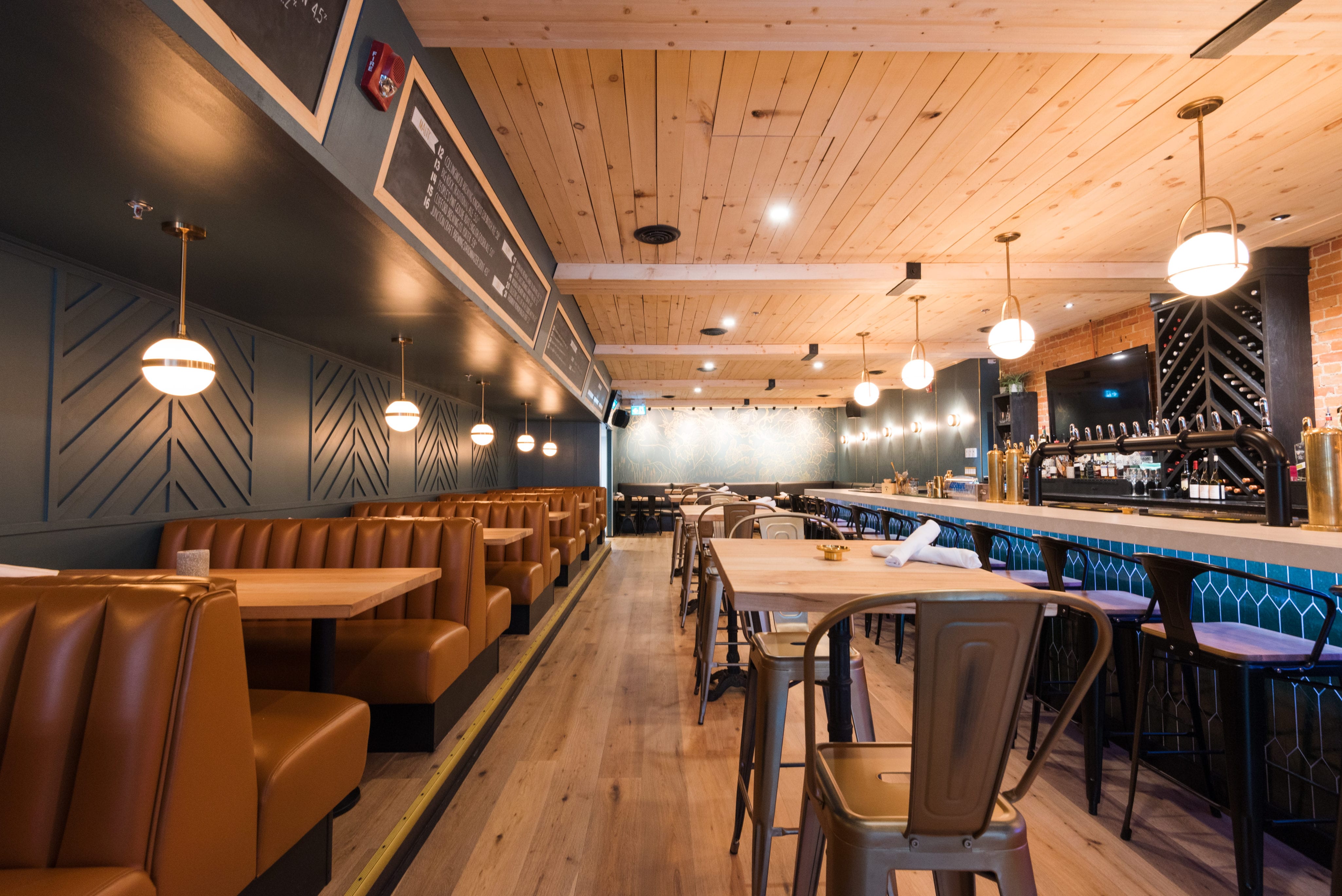 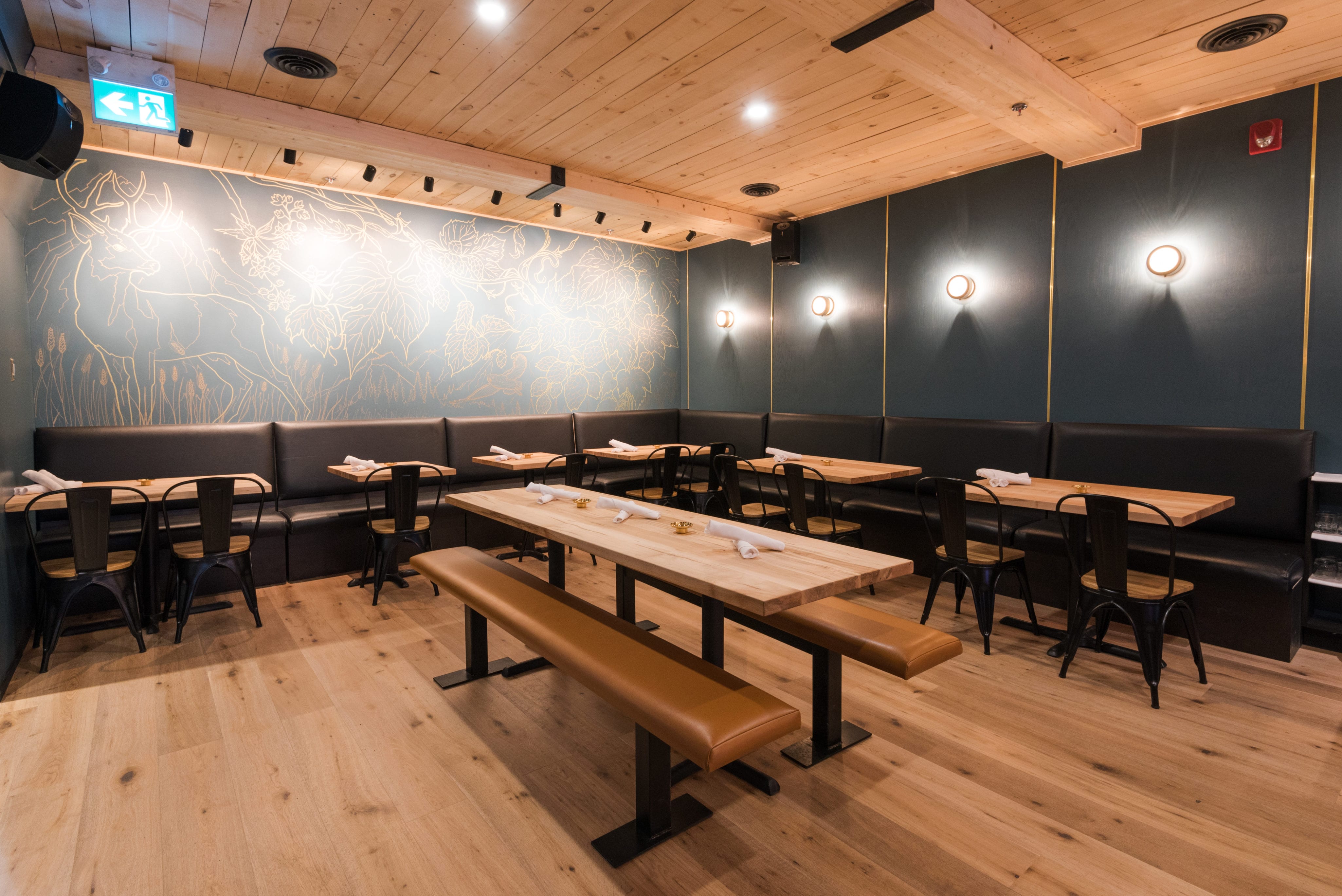 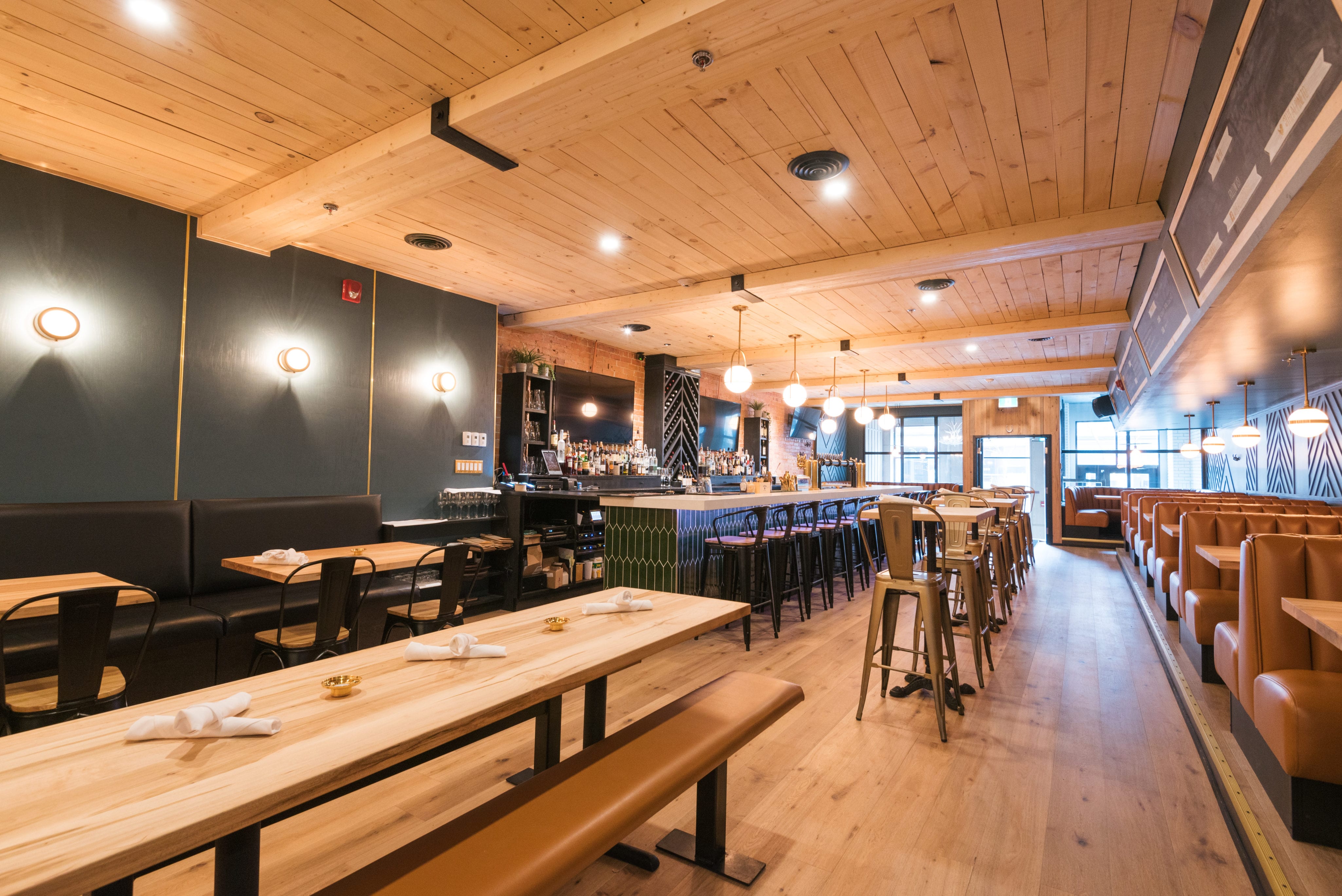 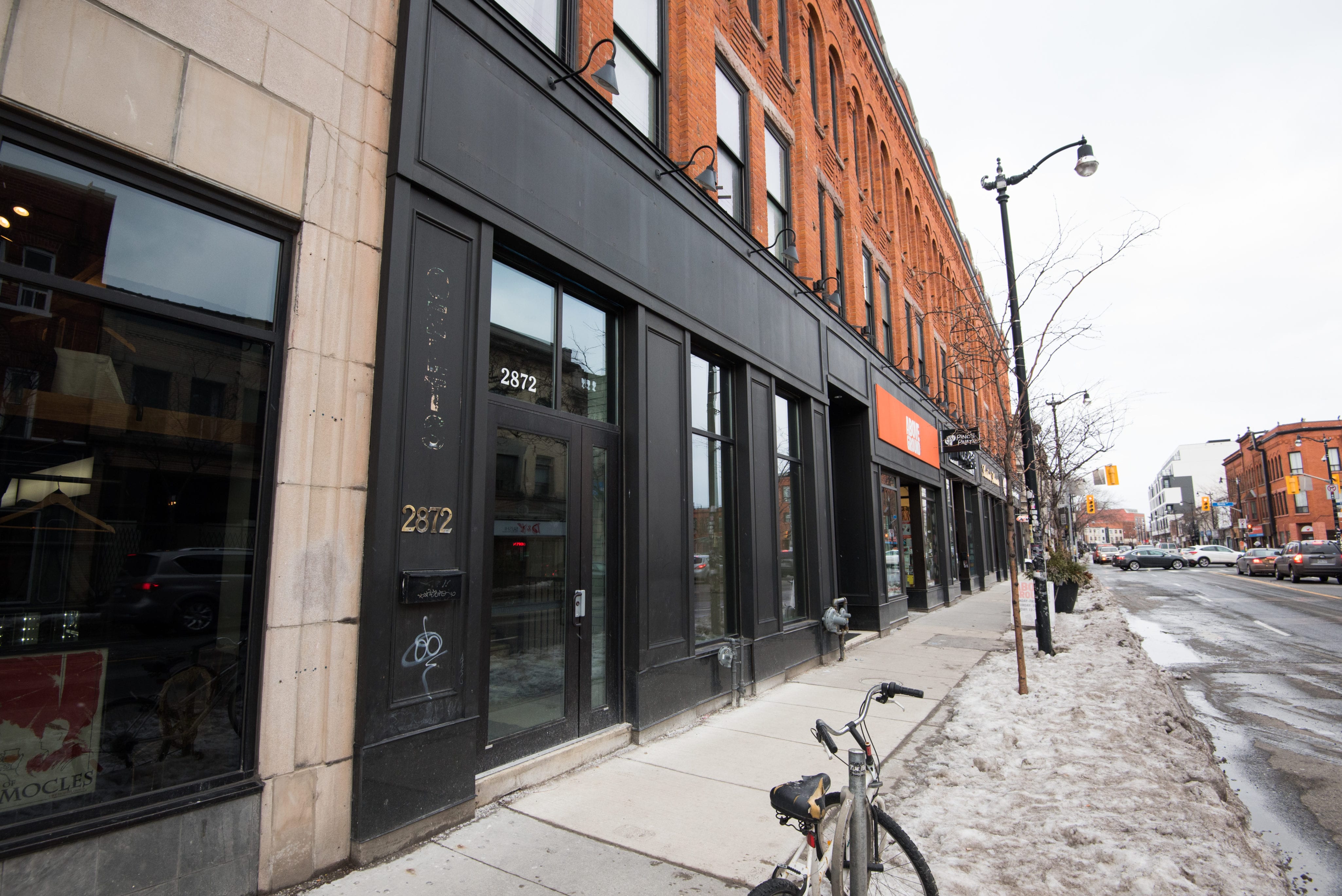