The sort-of secret: Flaming Stove, a shawarma stand tucked away inside a Davisville Hasty Market
You may have heard of it if: You live in the neighbourhood or have popped into this particular shop to pick up essentials
But you probably haven’t tried it because: It’s not often you expect to find high-quality food inside a convenience store

The saj next to the stack of Coke cans is the clearest sign that this is no ordinary variety store. The domed griddle is used to make unleavened Levantine flatbreads for the Flaming Stove, the restaurant counter at the back of the Hasty Market at Yonge and Davisville—the kind of place you’d easily miss unless you popped in for some gum or a lottery ticket.

Owner Costa Warwar used to own a grocery store in this space. But he got tired of the monotony, so he went to culinary school and opened Flaming Stove. “It took me years of practice to get the bread right,” says Warwar, a Palestinian Christian raised in Israel. It even required a trip home. “I had to ask the neighbourhood ladies to teach me. Everyone had a great laugh.”

Nine years later, Flaming Stove is beloved by locals, especially with nearby office workers during the week—though there’s been no lunch rush to speak of since the pandemic started. It’s easy to see why the spot is so popular based on the chicken shawarma alone. Warwar marinates his in yogurt—most places use vinegar, since it’s cheaper—and tops it with house-made sauces, including a sour green mango amba, buttery tahini and a balanced, slightly acidic hot sauce. He dusts his saj (the bread shares the name of the griddle on which it’s cooked) with a generous helping of za’atar—not the store-bought stuff, but wild mountain oregano that he hand-picks back home. And he packs his bright-green falafel with so many herbs that it’s a challenge to keep it from falling apart. “Most people don’t put this many herbs in falafel, since the moisture makes it hard for them to hold together—but I think I have the technique just right,” he says.

Warwar says it’s been a struggle to keep the restaurant afloat—in March, they went from producing 220 pounds of shawarma every day to just 30 pounds, though they’ve now ramped back up to 160 pounds. “The community came through,” he says. “We lost our catering orders and the lunch rush, which makes up about a third of our business, but the locals are still coming by. That’s what allowed us to survive, and we’re so grateful for it.” Physical distancing is in full effect here, with customers ordering from a line a few feet away from the counter.

Vegetarian and vegan food is an unexpected focal point for a shawarma stand, but Warwar draws on culinary techniques his family uses during Lent to make vegetables sing. “Don’t get me wrong, I love my shawarma, but vegan food is the food of the future,” he says. The sheer abundance of green in the prepared food section makes that clear. Rainbow chard and chickpea salad, with a satisfying chew and a hit of vinegar, is popular. It’s all infused with Costa’s culinary heritage—simple, fresh and vegetable-forward. “There’s no reason hummus should have 10 ingredients,” he says. “This is simple food with simple roots, and it’s delicious as it is.” 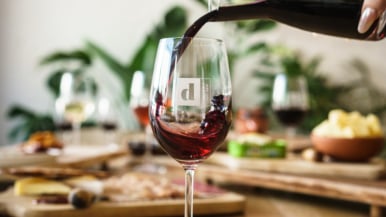 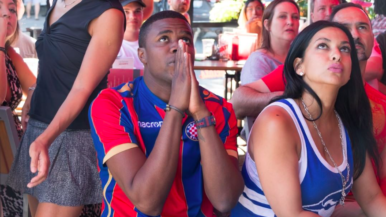 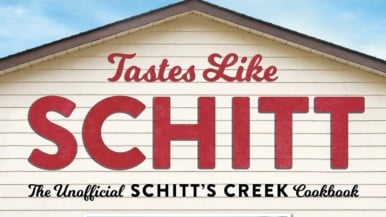