We’re asking Toronto’s top chefs to flex their home-cooking chops and walk us through the recipes they make for friends, family and themselves 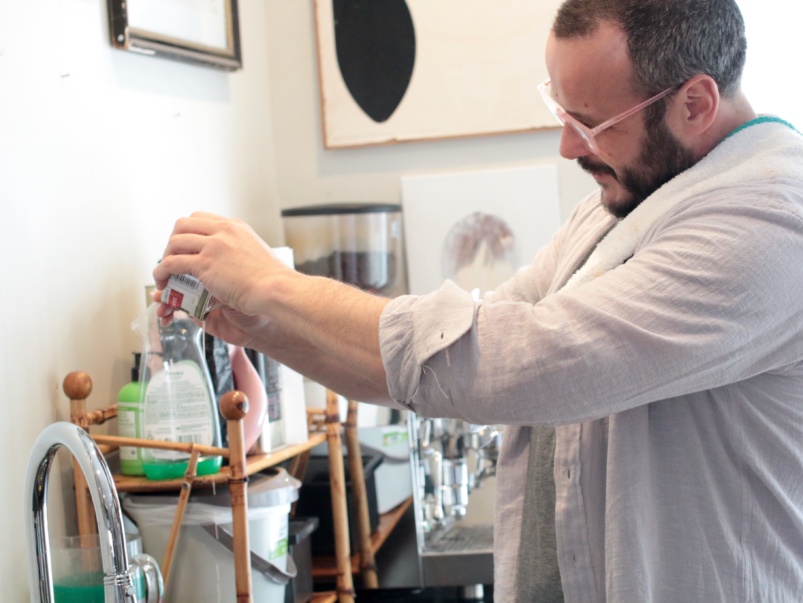 Both of Jeff Kang’s two Queen West restaurants—tasting-menu driven Canis and wine bar Après—are about modern-Canadian cooking, through and through. The menus pull flavours from across the globe (torched mackerel with leeks and a dollop of ravigote, sumac-dusted glazed lamb ribs, clams with ’nduja, dandelion pesto–tossed tagliatelle with chanterelles), but Korean cuisine is seldom featured. At home, however, the Seoul-born chef cooks mostly Korean dishes.

Kang’s mom was a great cook, and she would make everything from scratch: sauces, preserves, noodles. She learned a lot from her own mom, who grew up in North Korea. “I grew up eating guksu because my mom was vegan, and it’s probably the healthiest thing that I like to eat,” says Kang.

Here’s what you’ll need to make Kang’s mom’s guksu, a cold noodle dish. Editor’s note: Skip right to boiling some packaged wheat noodles, if you don’t plan on making your own.

For the dough, Kang combines the all-purpose flour, rice flour, baking soda and salt in a bowl.

He mixes the dry ingredients, adds a bit of water, then stirs the mixture until it begins to clump. Then he kneads it and adds a few more drops of water, if needed, until he gets a ball of firm dough. “You have to knead it a lot to develop the gluten,” he says.

He passes the dough through his Imperia electric pasta machine, and then leaves it to sit in the fridge for three to 12 hours.

Then he passes the chilled dough through the pasta roller about 10 times, until the dough is paper thin.

He then dusts the sheets with flour, portions them and runs them through the pasta cutter.

For the sauce, Kang mixes whichever kinds of kimchi he has around. For this particular bowl, he used a mix of radish stems and some cabbage kimchi that his wife, Crystal Lee, made back in December. If he’s being lazy, he’ll just cut the kimchi straight in the bowl using a pair of kitchen scissors.

He always adds a bit of the kimchi liquid, too.

Then in goes the vinegar, soy sauce, sugar, gochujang and perilla oil. The older the kimchi is, the more sour it tastes. If it’s too sour, he’ll lighten up on the vinegar and add a bit more sugar.

After the noodles are boiled, he runs them under cold water to chill them and to remove the gluten.

Then he tosses the noodles with the sauce, garnishes each bowl with a hard-boiled egg and some julienned cucumber.

Here’s Kang and his wife, Lee, enjoying some guksu with Dong Go, their eight-year-old toy poodle.

We see you, Dong Go. 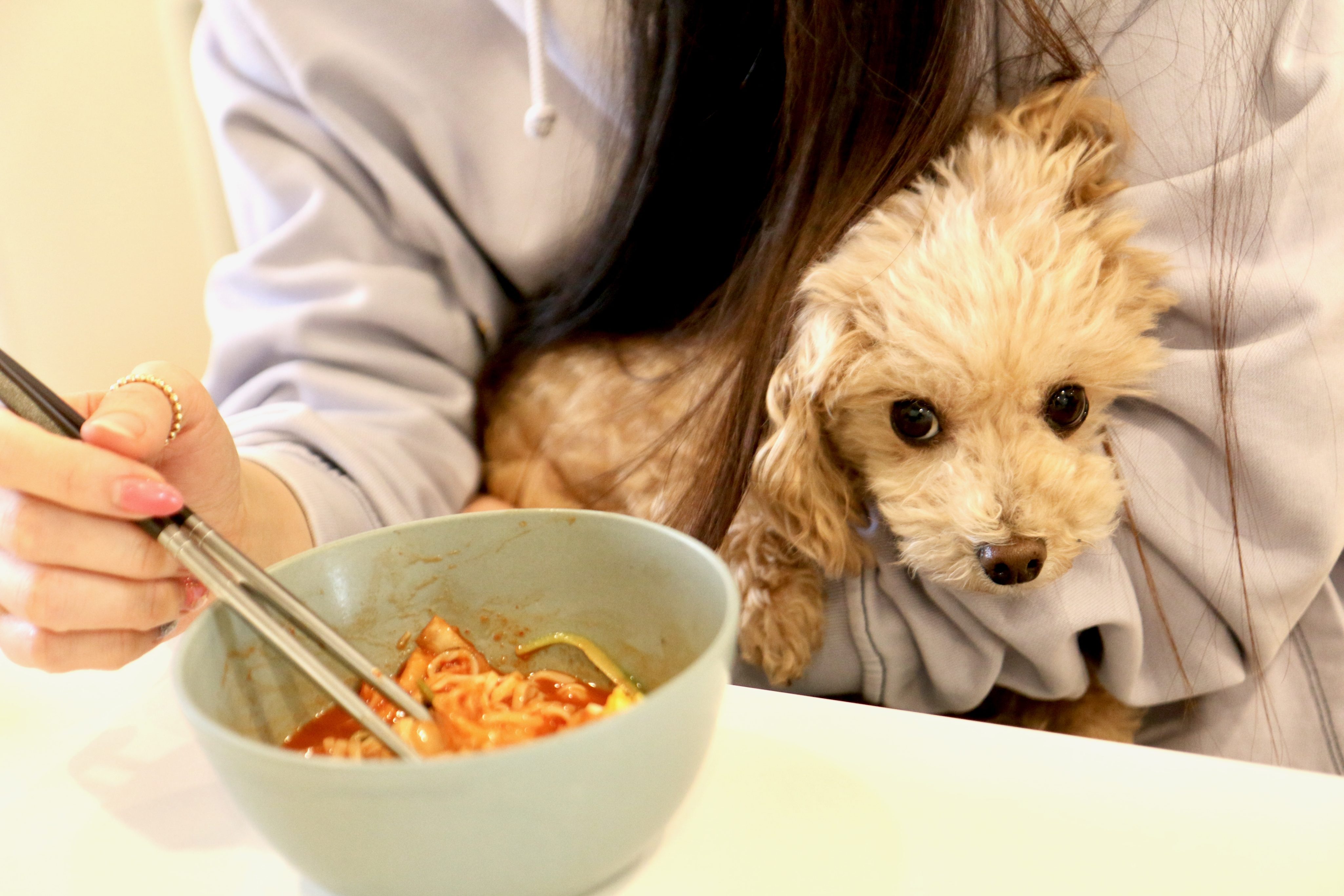